Hello all , I have acquired some of these engines and would like to get some more information so I can describe them correctly for selling and personal purposes because I will bee keeping some of them . I have looked but the info seems to be all over the place as far as engines and airplane designs , Some are Spitzy and also Jim Walker stamped on one as far as what size are the engines .020 ,.045, .049, .065 Here are a couple pics. I will get some more up later . Thank You guys for any help. I Know some are mixed with cox and OK ..... No.1 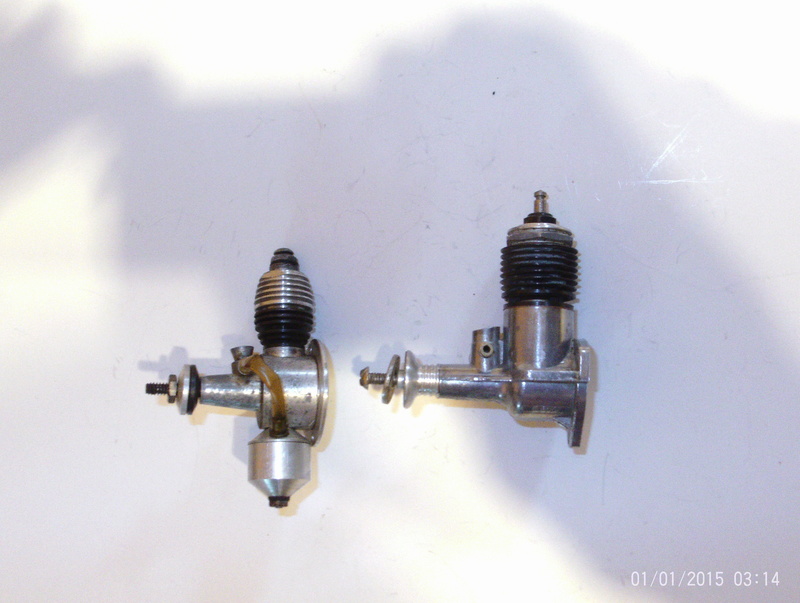 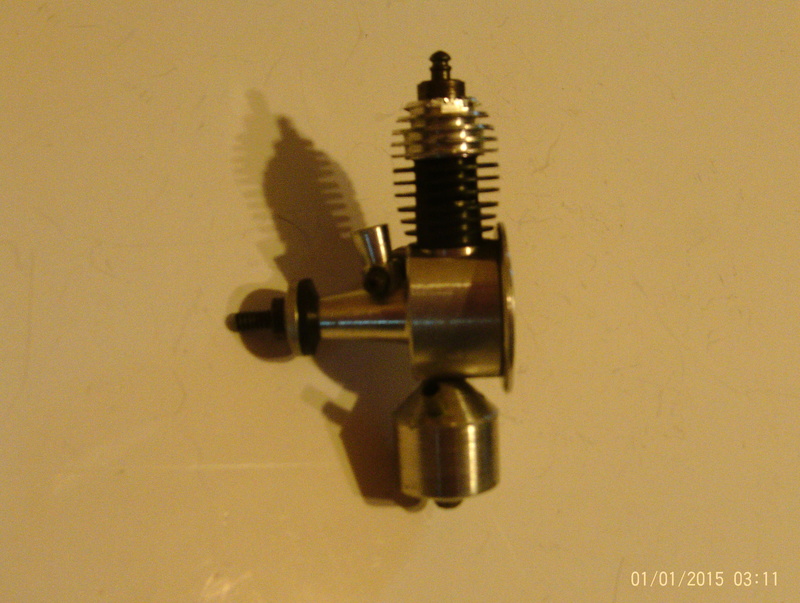 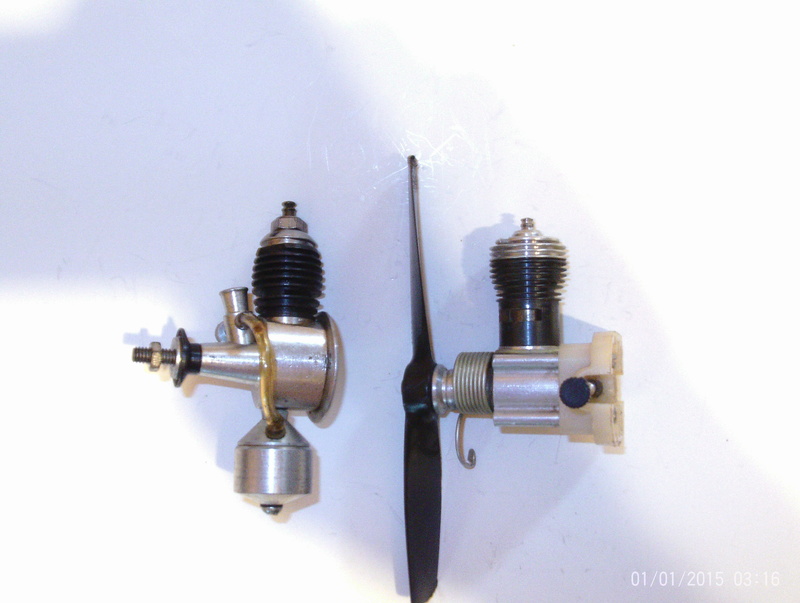 Pretty sure the one on the left and the one in the second picture are K&B infants.

Thanks Ron, Here is a Infant with out the tank app. the hole was plugged at some time ? 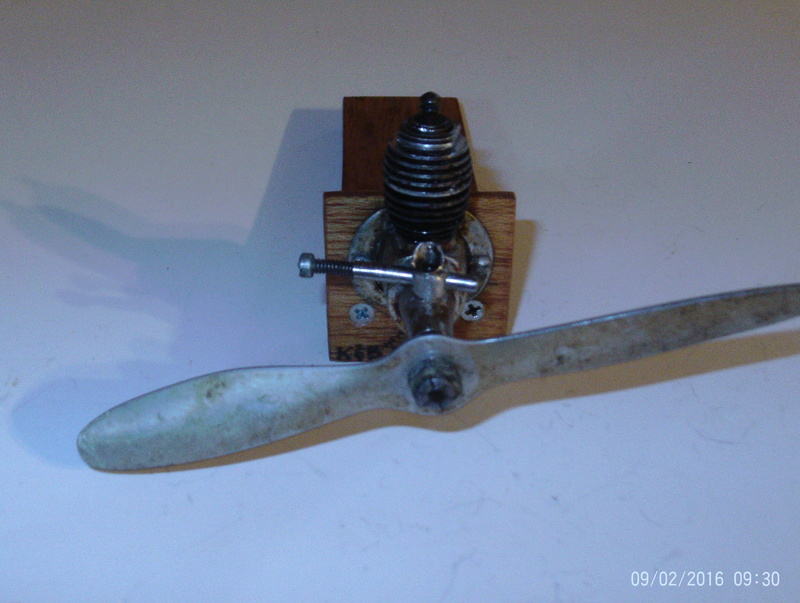 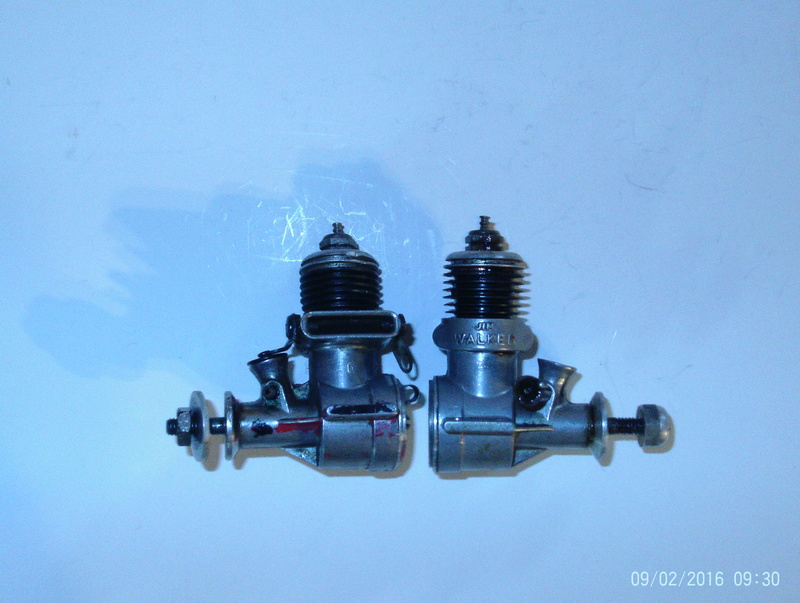 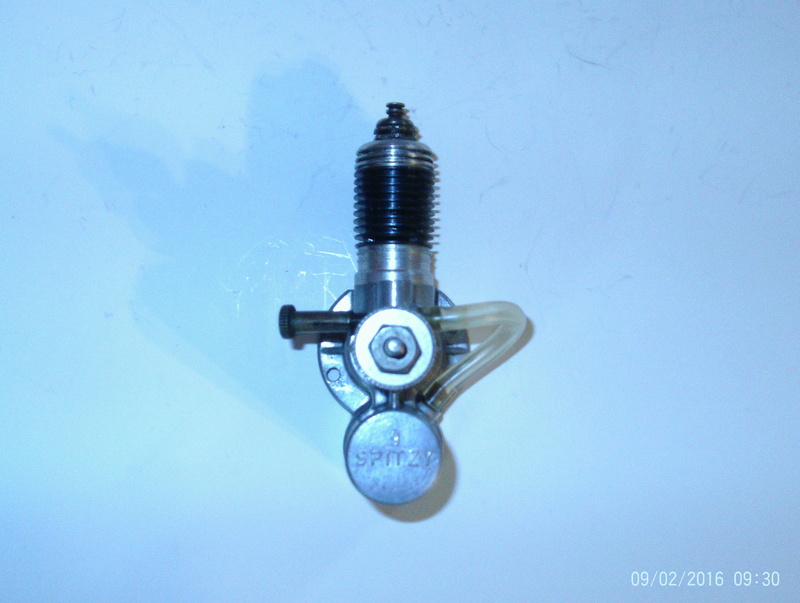 Eric, if my memory serves, that is a .065 Firecracker engine.  It's just an Anderson Spitfire branded for Jim Walker.  The way to tell the difference, if I remember correctly, is that the web (for lack of proper term) on the case where the Jim Walker is printed is narrower than the web of a .049 is.  Hard for me to explain without a picture of a .049 Spitfire.  I have a Jim Walker .065 that I just finished cleaning up.  It was one of the engines that I got from the wife's friend's husband.  I'm looking out for an exhaust restrictor/venturi plate throttle assembly from a Firecracker or Spitfire so I can restore the engine to original condition.  I have a replica Walker "FireBee" drawn up*, and I need to be able to throttle the Firecracker like the original planes were.


*Hmmm...  I never thought of it, but with a name like "FireBee", the plane should naturally be re-fitted with a Cox "Bee" engine...

Here is a rare glimpse into the life of the late great Jim Walker and one of his engines running.

I'm pretty sure that's got to be a Firecracker .065. I have the Royal Spitfire version which is beam mounted like your Jim Walker. I also have the .049 Spitfire which has a two bolt radial mount, so that's not it. The Spitzy is, well, a Spitzy. Remember, it's .045, not .049. They had different numbers on the front of the tank, which meant nothing really. The main difference was that the engine with the larger tank was referred to as the Spitzy Senior. Not sure if that's official.

For what it's worth, I'm still looking for a Spitzy needle valve assembly if anyone can help.

Thanks to all that contributed I think Rod has pinned them all down and I remember the fin difference being brought up before but , could not find the thread ,was probably in some one that didn't have the destine route ? Found a thread from Ron in 2012 were he was showing off some of his Jim Walker / Spitzy engines and Superdave was wanting to purchase some from him

(hope he his OK ) I like the way Jim starts the boat in that vid. looks like a leather strap ! Now to figure out what to sell and what I can afford to Keep

Rod is this Info found some where or you just Know it ?? I will try and remember the needle your looking for if I see one / and deflector throttle will bee hard to find the one I have don't seem to have everything there .

No real source of information Eric.  Just somethings I've picked up over the years of researeching old engines I happened to buy.  The K&B Torpedo/Infant information is out there, just a lot of people don't realize what the differences between the three engines are.  As for the head fin numbers, I'm only going by the "Engine Archive" page on the MECOA website.  http://www.mecoa.com/museum/index.htm
I figured they should know.