This morning, we had beautiful weather with sunshine, clear sky and no wind. The cereals in the field across the road are long gone. I took my nephew aged 9 out to the field for some free flight sessions.

The Flying Sorcerer had an engine problem and was underpowered. The engine started immediately on priming but ran too slow with variable revs and finally stopped each time. I had this a few weeks ago already. I then found out that 1 of the bosses of the back plate screws broke. That’s the second time I have this happen. Today, after replacing the back plate, it wasn’t any better. I suspected an air leak somewhere.
I put the plane aside and flew my Wing Ding with more success. Although the rear part of the rudder is missing, this did not influence flights. After a few flights I changed prop and mounted a 3 bladed prop  backwards; 3.125x2.5 that Bernie sells but for this plane wasn’t any good. The reduced prop diameter gave higher revs and too much power. The plane made loops and crashed before the tank was empty. In circles but gliding down was too much in a straight line. After flying, I moved the coin, stuck on the right wing further out towards the tip. This should be better but need to confirm at the next flight. 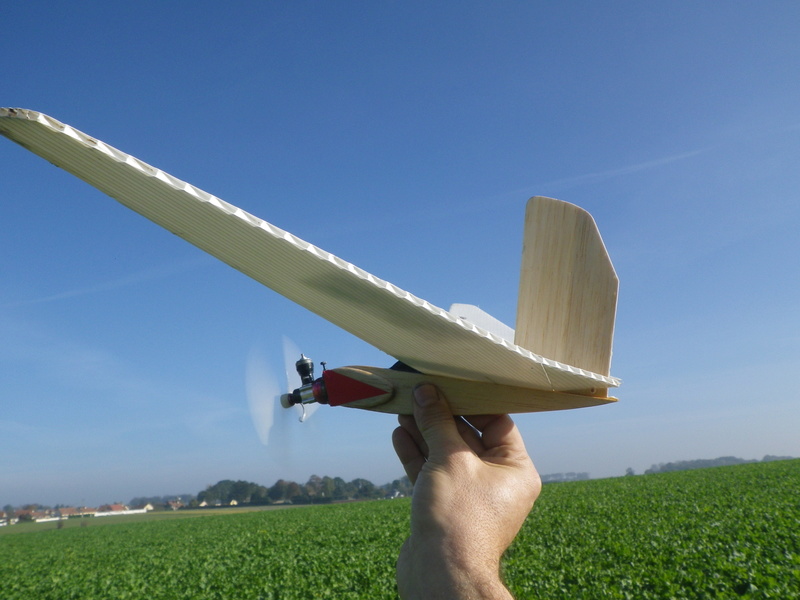 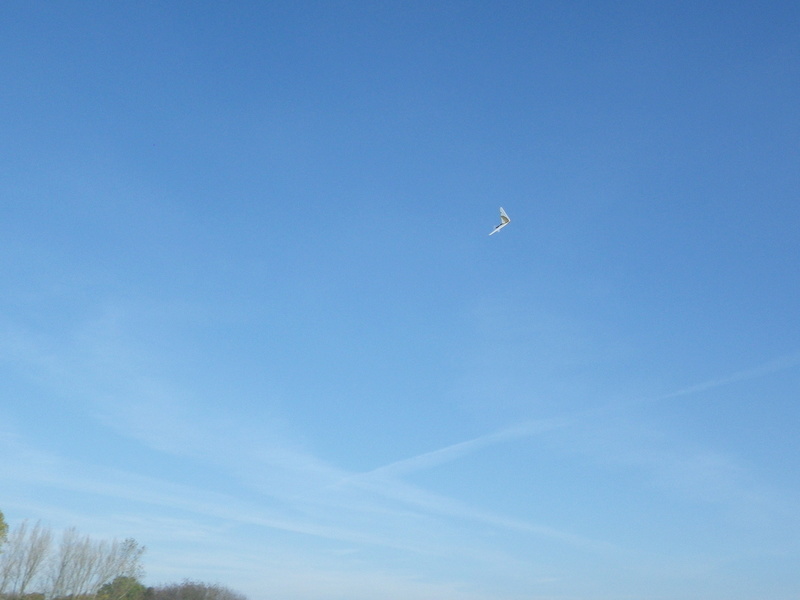 Hi Lieven! Great that you had some good weather! Nice of you to take your nephew along. Hope he enjoyed it. Beautiful field!

roddie wrote:Hi Lieven! Great that you had some good weather! Nice of you to take your nephew along. Hope he enjoyed it. Beautiful field!

He did, yesterday, his 2 brothers came with him. They were impressed by the noise of such a tiny engine!!

roddie wrote:Hi Lieven! Great that you had some good weather! Nice of you to take your nephew along. Hope he enjoyed it. Beautiful field!

He did, yesterday, his 2 brothers came with him. They were impressed by the noise of such a tiny engine!!

Great flight report and photos...also good to hear of some younger types getting to experience this !!!

Looked like a Nice day to be out with family to put some FF in the air , Thanks for the report!! Say they enjoyed the screaming meanies

Thanks guys for your posts. yeah, we all stood there in the field with our heads looking in the sky.I think they enjoyed it. The oldest has a foam chuck glider I bought him for his birthday. It was the Mini Solius of Multiplex. I learned him to launch it the "modern" way by grabbing the wing tip between the fingers and throw it in the air like hammer throw in athletics. He also got a drone, after all, we live in 2016!!.

The new position of the coin further on the wingtip did not make much difference. Something to think about!!