Ahhh, you guys are taking me down memory lane.  From glow plugs to spark plugs and mega cubic inches.  425 to be exact, I remember those big numbers on the valve covers.  Top of the line engine (not the 401) with leather.  Previous owner had one of those "This car especially built for" plaques on the dash.  Not a '65 roddie, they had covered headlights unlike the exposed lights of the 63/64.

I remember coming home one night after work.  I showed movies as a second job at the base theater in Newport, big arc lit Simplex E7's.  It was about one am and I had the road to myself.  I wonder what this baby will do I thought.  I about buried the speedometer before I quit before she did.  To this day the fastest I have ever driven.  (Talking BMW's and Porsche's here)  roddie probably knows the road, just north of the Newport Creamery.  four lane and street light lit, I will never forget it.  Mostly deserted then.

My Mom and Dad flew up from Florida for a visit and my Dad wanted to take the Buick on up to New Hampshire in the worst sort of way.  Dad was well known for his aggressive driving habits and I declined.  They took the Mustang instead. I was not going to risk that Riviera. 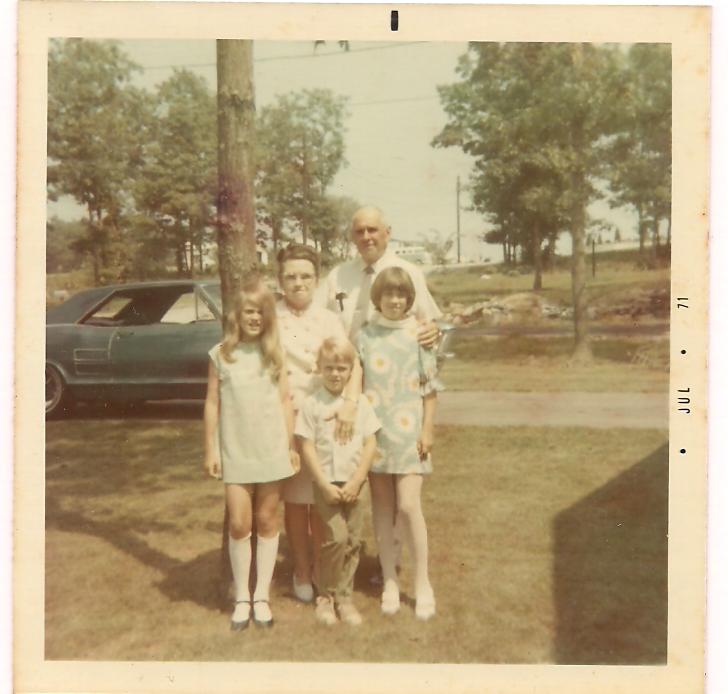 I sold it in Southern Maryland to a friend, a big old Texan farm boy with little appreciation for classic cars.  His wife drove it for years with kids eating ice cream and donuts in that beautiful interior.  I had regrets.

Edit add... Probably the best three-some I ever had. Kids too. 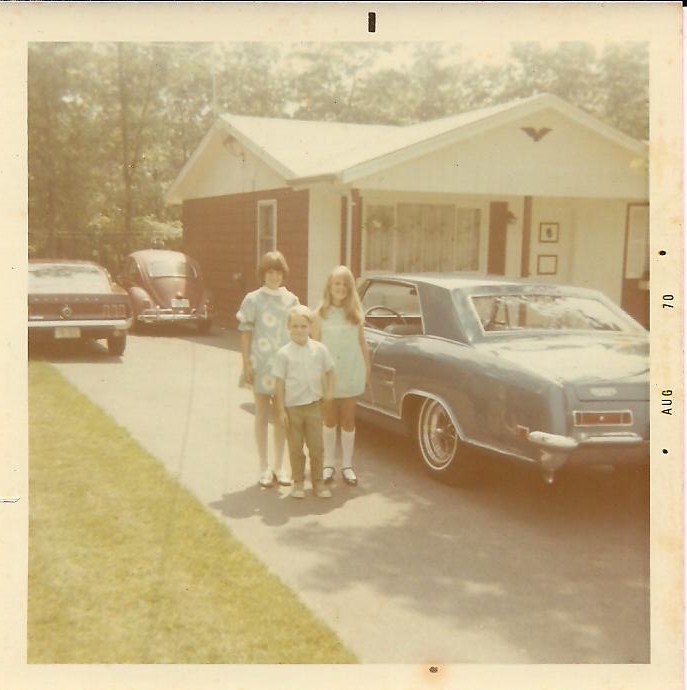 My favorite Chevy has always been the '58, I like curves, something like what's on those girly pictures your so fond of posting

Only Chevrolets I ever ever owned though was an old stove bolt six 52, wonderful car, and a bought new 1982 Camero Z-28 an absolute disaster of an automobile.  I haven't visited General Motors since.

My son wants a classic truck and won't be happy until he gets one.  Old 1950's era F style Ford or something.

What was wrong with the Z28?

It was the only car that ever left me stranded.  With less than 10K miles the "fan" belt broke, a small item unless you have to walk five miles to get a new one and change it in a parking lot.  Seems the factory had installed the wrong size, it was half the diameter of the replacement.

With the A/C on it would die at every stop light, dealer never could figure out why.  The air conditioning went out.  The engine was a dud, wouldn't get out of it's own way.  There is more but not pleasant to recall.  Probably could find a picture but not many. 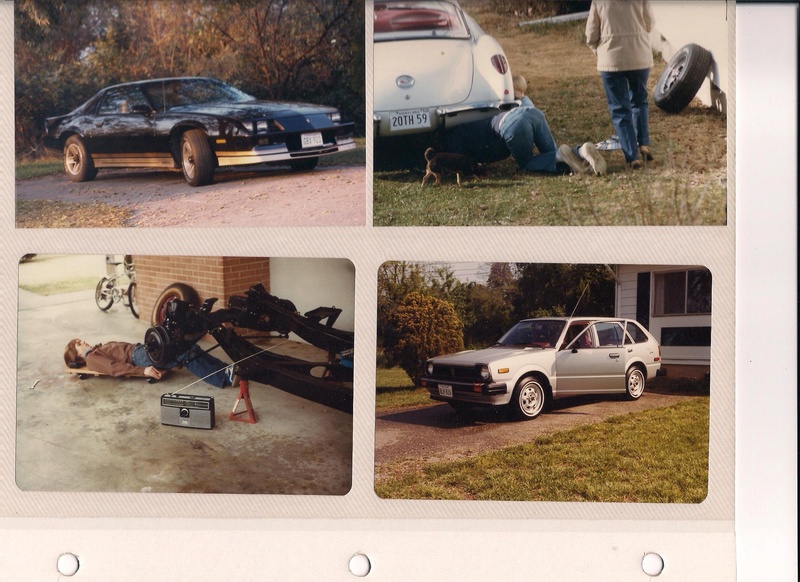 Gave it to my son to take to school in another state.  Kept his 65 Mustang GT.  Kept the Honda Civic station wagon.  It was running 20 years later, long after the Camero (probably) went to Camero heaven.

It's not that I have anything against Cameros, hey it's got four wheels and a motor.  But this one was a dog in so many ways.

I sold the car but kept the window sticker. 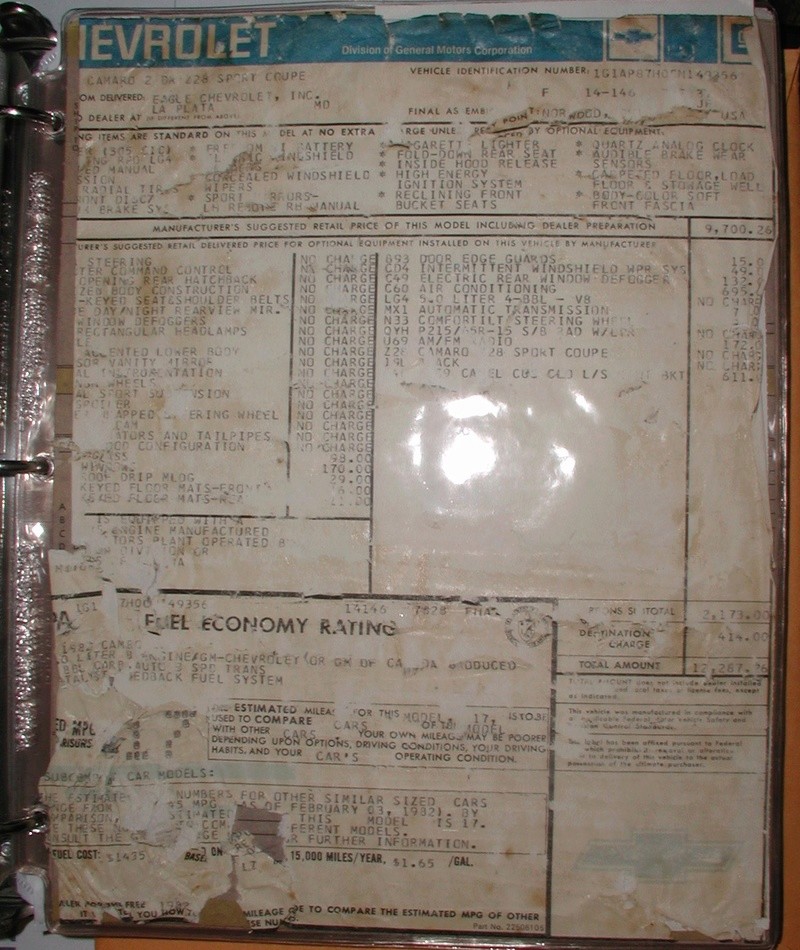 Someone ought to start a new off-topic car thread. We haven't done one of those in awhile. This one has completely gone off the rails.

lol, this thread had derailed a couple different time, but i love it!

You can't beat the Riv, what a nice car!

You're right about the Gen 3 Camaros, the early ones were a dogs, the Mustangs of that time were so much better in performance, but looks wise that long hood and raked windshield of the Camaro rocked!


Here's jr. and i autocrossing my '91 about 10 years ago, you gotta look close to see the top of his head! 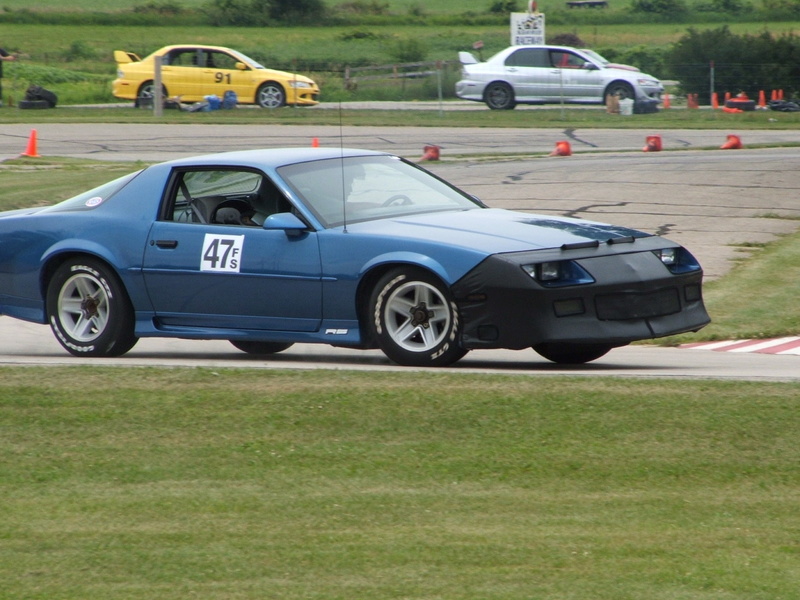 What are you doing out there with all those Mitsbuishi Lancers?  Were you eating them up or were they dining on your Camero....

Beautiful blue Mark, like the Riviera's.  I just fell in love with that nasty gold and black Z-28, an impulse buy.  I almost traded in that 1980 Silver Civic on it until I came to my senses.  Loved that little car errr station wagon.  After many, many thousands of miles I gave it to my daughter, who later gave it to her son who along with her husband restored it.  It's probably still on the road.

My son and I were on the track at one time together (Summit Point WV). he in his MGA me in my TC. Bet your son had a ball.

they were a different class (fortunately) than the Camaro, yep jr. loved it! Parking lot autocross is you against the clock, no head to head, so its pretty safe. 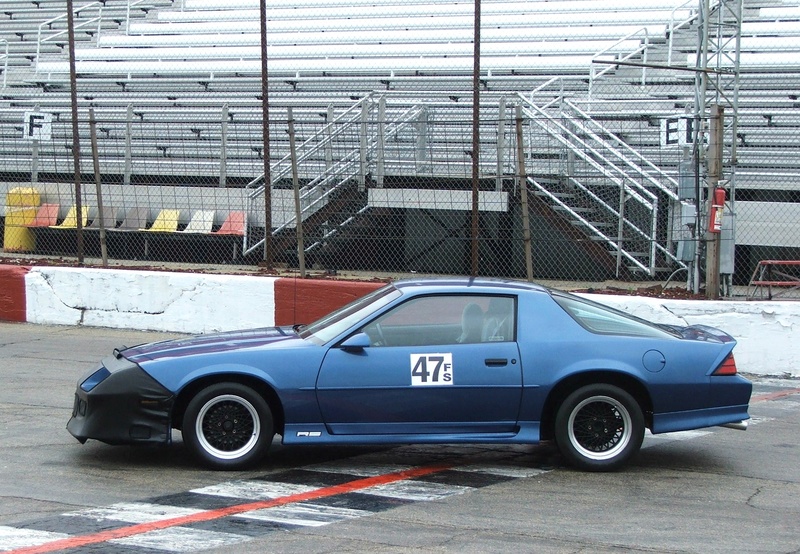 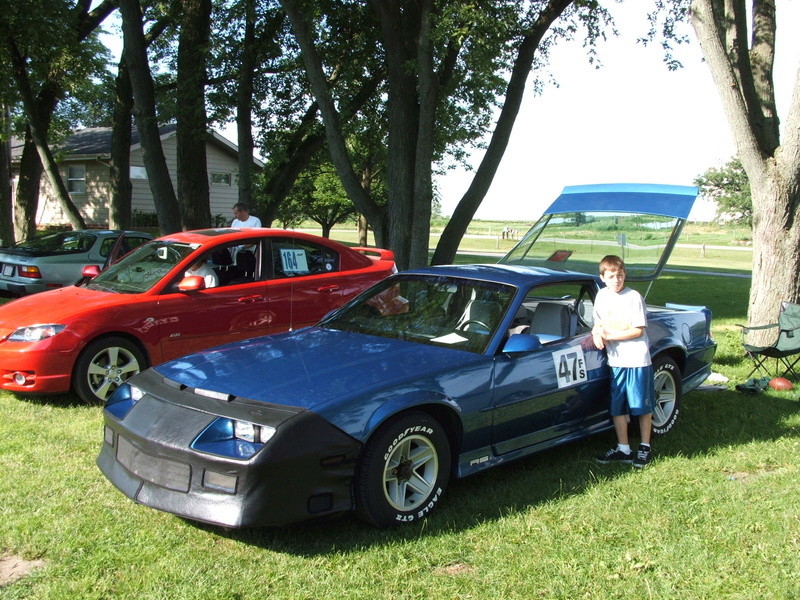 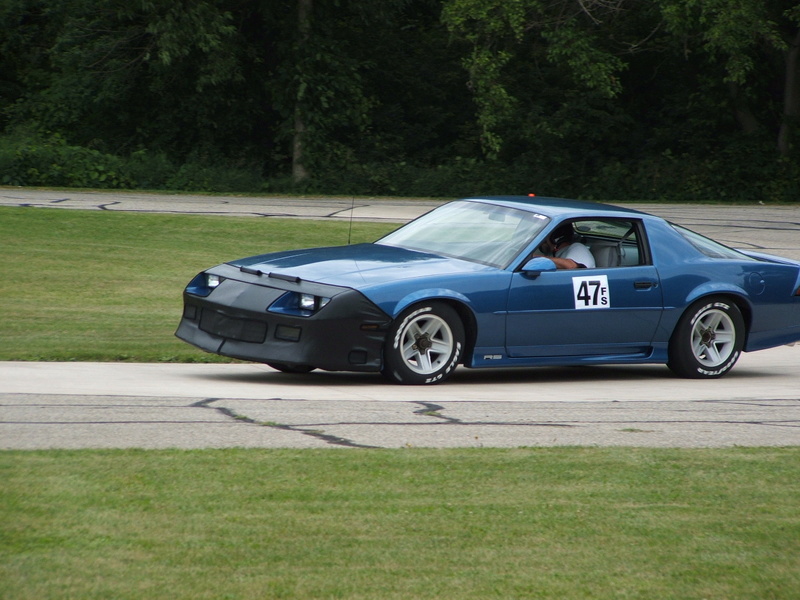 I have to admit Mark in your first response when I read "Here's jr. and i autocrossing my '91" I thought wow, Marks autocrossing with NASCAR'S JR (another Camero guy) riding shotgun...... But then, I am easily impressed.

I remember when guys ran real "stock car's" buy them off the show room floor and run them. Pontiacs, Chevys, Fords, etc.. Race on Sunday, sell on Mondays. I can just see a stock '53 Ford running at 200 mph plus. The fenders would fly off.

I think that Rusty has picked up the gauntlet posting about "Grumpy's Toy." More Camero fodder for the faithful.