» Tank Cleaning and an Old Rant from my Youth
by Ken Cook Today at 8:24 pm

» Cox Engine Stories
by rsv1cox Yesterday at 7:39 am

» It's raining Cox engines
by rsv1cox Yesterday at 7:19 am

» Simple Baby Ringmaster build
by MauricioB Yesterday at 12:09 am

I went to a party store to get a tablecloth, and while I was there I looked around for items that could be made into a pushrod shroud. Here's what I came up with: 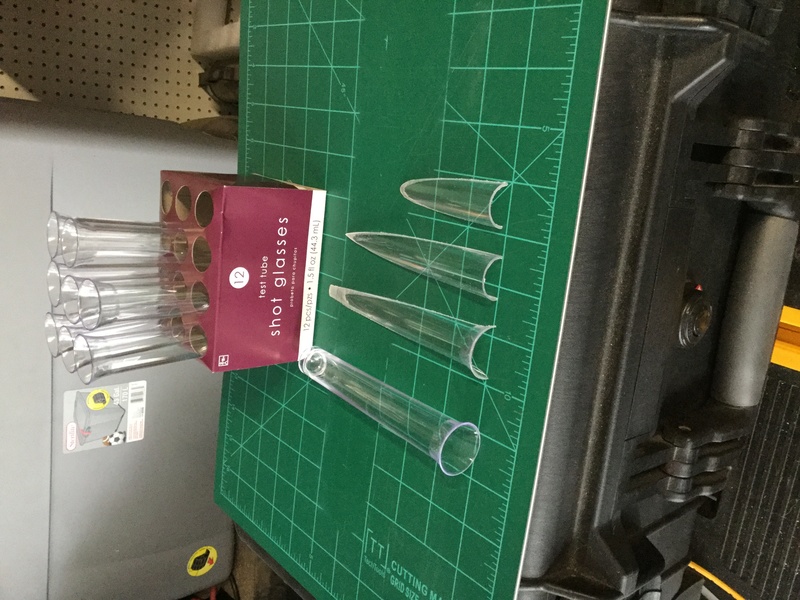 These looked promising, and will work, but they're a bit brittle on the band saw. The bell mouth tends to split and shatter. They give a good variety of lengths depending on the angle you cut them at.

A kazoo and a pen 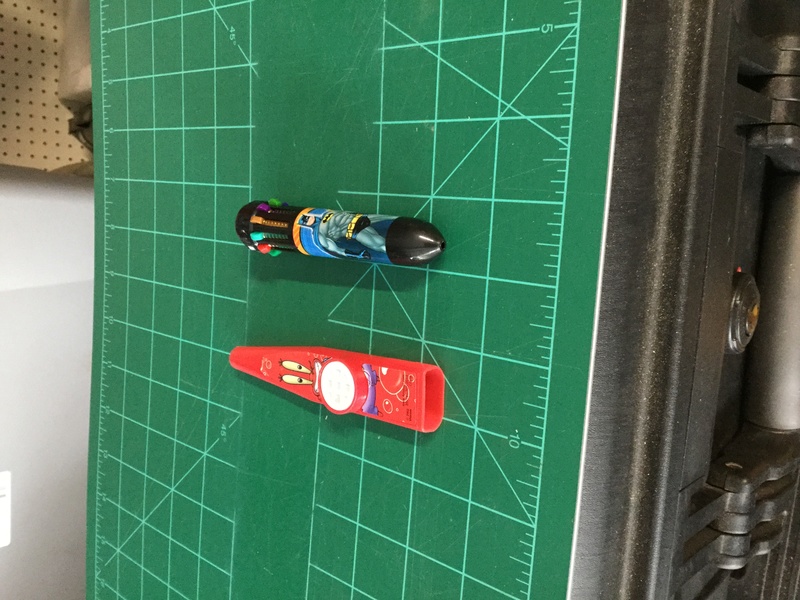 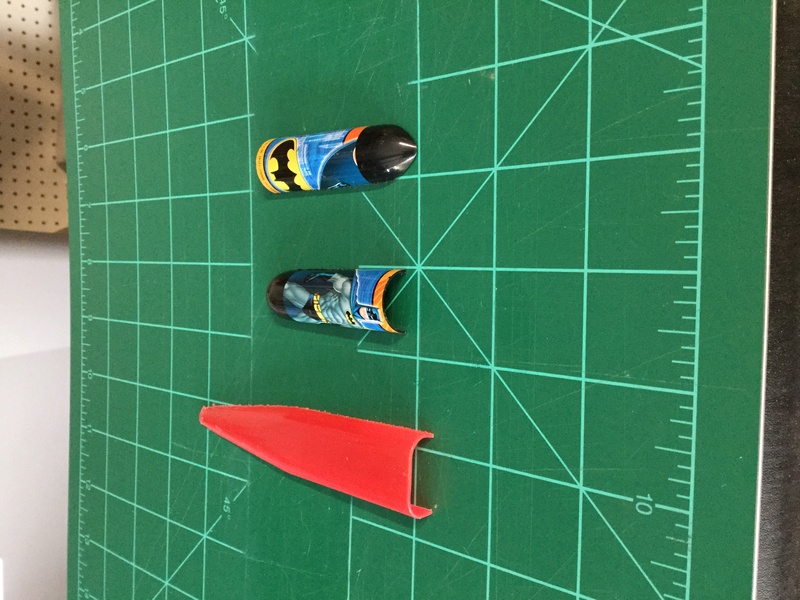 I know it's a party store, but what are they thinking? The last thing I would buy for a mob of kids is a bunch of kazoos.
But when cut at an angle, the kazoo gives a nice oblong shroud, although it's a bit shallow.
The multicolor pen, on the other hand, is just about perfect. Cut right down the middle and it gives you two nice covers. It requires just a bit of sanding to eliminate the small hole in the end. Hopefully it will take paint, I don't want a Batman theme on my plane.
In the past I have used plastic spoons, just cut off the handle and part of the bowl. They tend to be too small.

Oops, the picture didn't come through in my previous post, let's try again: 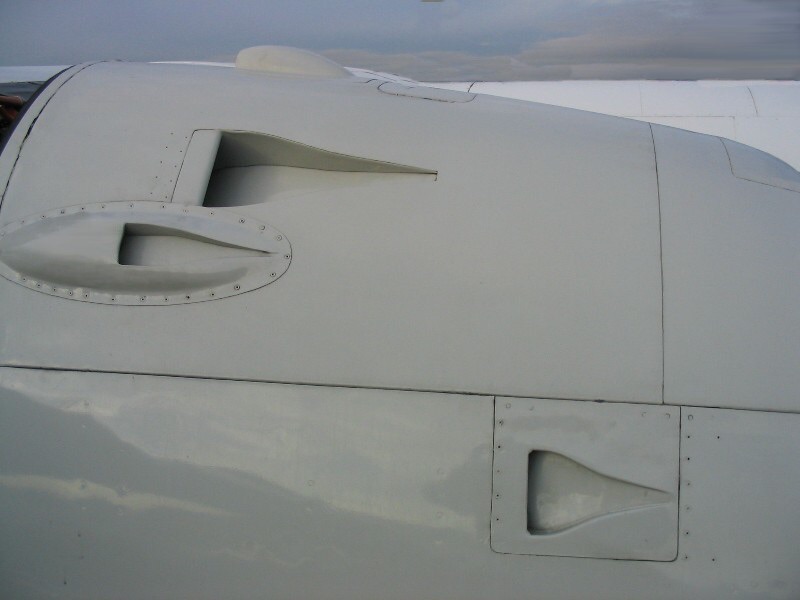 It's a shape of an air intake where you don't need a scoop that would generate drag.


I use a blue Bic pen cap for pushrod exits