I just purchased a dragonfly without the muffler.  I intended on running a muffler but noticed it has SPI.  Is this right? I assumed because it came with a muffler it would have been non SPI?

Could be that the cylinder has been replaced. Do you have a picture? There should also be a small ID number on the cylinder if it is an SPI.

It is a #1 which is SPI, so I will look around for a replacement. I just found the "choosing a cylinder" page. It should help me in the future also. https://sites.google.com/site/coxenginecollection/choosing-a-cylinder

Brandon, My Dragonfly has a double slit cylinder. The cylinder is ground too. I peeped through the muffler and this is how it looks like: 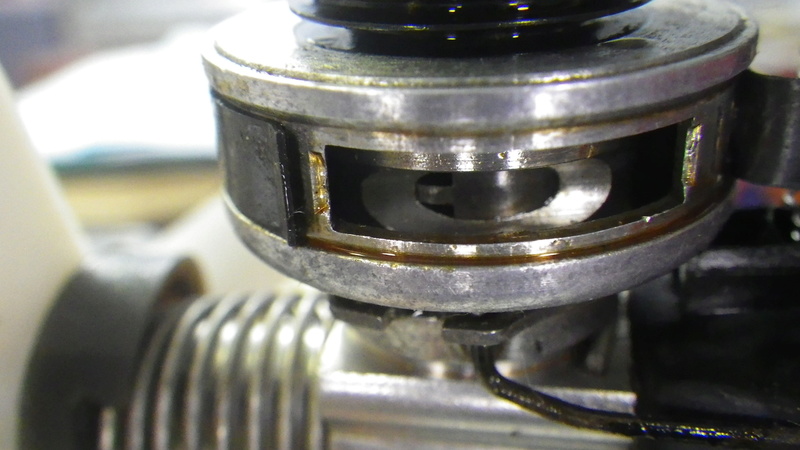 The Dragonfly instructions sheet is confusing: the drawing in the instruction sheets shows a big exhaust port while in the text, an "exhaust slit" is mentioned.


Did you buy HD's engine? That has a cylinder that looks like the one on the drawing. Is there any number stamped?

Hold on to that #1 cylinder, especially if it is a thin-wall one. It is the type used in Black Widow and also the more powerful product engines. It has better porting than a regular Babe Bee or Medallion cylinders.

BWH wrote:I just purchased a dragonfly without the muffler.  I intended on running a muffler but noticed it has SPI.  Is this right? I assumed because it came with a muffler it would have been non SPI? Thanks, Brandon

Brandon, someone replaced the cylinder. Fact you already brought it up means you are already familiar.

A muffler defeats the purpose of SPI. Without access to outside air, one gets recirculated exhaust gases and thus a reduction in oxygen. May 1967 Aeromodeller, Peter Chinn had an excellent article in May 1967 Aeromodeller on the Cox .049 QZ, which was the first of the modern non-SPI engines such as the Sure Starts. He explains in the article why SPI was eliminated, so engine could be muffled. http://sceptreflight.com/Model%20Engine%20Tests/Cox%20049%20QZ.html

I'd save the higher performance SPI cylinder and piston for use in another engine, replace with one without SPI, if it were me. Or, you could use unmuffled with an appropriate throttle ring. But I imagine that you wanted it muffled for a specific reason.

Thanks guys, I will look for a Sure Start for this engine and use this one somewhere else. It is going in a cowl and I wanted the muffler to be able to run the slime outside it.