Log in
Search
Latest topics
» Engine cleaning
by Ken Cook Today at 9:13 am

» I quit smoking
by Coxfledgling Today at 8:25 am

» Nitromethane
by dckrsn Yesterday at 11:51 pm

Well, The Darkside has gotten hold of me again.  As I said in an earlier thread, I’m going to step up to some minor competition, hopefully Beginner pattern and then on to Nostalgia 30.  So I’m building these Skyrays to crash while getting there.  I had planned on being at this point two months ago, but life has made me check out of modelling for the past two or three months.  I finally have my kits cut out for the three Skyrays. 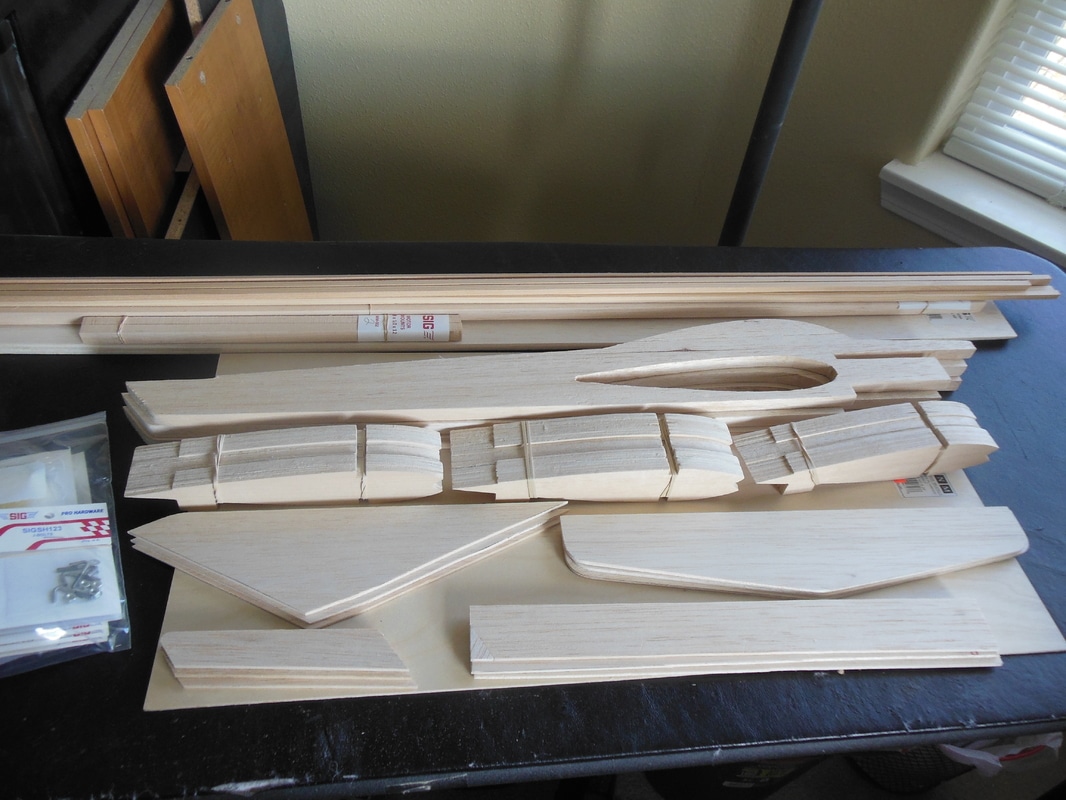 I have the plans. I have the engines ready to go.  I have the covering.  I have the glue.  Now I just need more time.  I had planned on getting these ready so I could get practiced up for competing in Beginners Pattern at the Walker Spring Tune-Up at the end of April, but I don’t see as that I’ll get them done.  So I’ll crash some 1/2A planes getting ready for the Tune-Up and take my time with these.  I won’t do a build thread, as this’ll be close to a standard build of a Skyray.  Rusty had a great thread on building his, so see that thread if you’re interested in a great Skyray build.  I’ll just post pictures of things I do differently from a standard build.

For some strange reason, I decided to cut all the ribs out the old fashioned way by tracing the pattern out on balsa and cutting each rib by hand.  Silly, as I have two scroll saws.  But I was just taken by the whim of doing it old school.  Or maybe, with everything going on, I just needed some mindless activity to keep me occupied.  But, looking back, I just wish I had seen a thread on these low powered lasers before I started with the X-Acto knife:

I think I’m going to get one and learn to cut balsa and thin ply parts.  There are a few posts by guys using these to cut balsa for plane projects and they get good reviews.  Just think of how fast I could pump out my silly ideas with Laser Power!

Mark, I'm glad that you found some time to cut the Skyray parts out. I hope that there was nothing too serious going on with your or your family's health. Old-school model-building is good for the soul. I look very much forward to seeing the progress.. and wish you all the best.

Lol, I thought stackin' balsa and cuttin' with a power jig saw....was old school?
Anyway, it's great to see you going again.

Very nice. Even if you don't do a full build thread, I hope you'll post progress reports with pictures. I'm sure you will do some things differently than I did with mine, and that's worth seeing for other builders looking for ideas.
Rusty
_________________
Don't Panic!
...and never Ever think about how good you are at something...
while you're doing it!

Good to hear you back and making some dust !! Parts are looking good

I really like the way you have cut yourself 3 complete kits before beginning construction. Some of us, ahem, get a little too excited at the start of a project and only cut parts as needed which can really make a project drag on and eventual confinement to the back of the cupboard is the frequent result.

Well, I guess I’ll take more pics than I planned.  Maybe Y’all will find this interesting.  I did the stabs and elevators last night.  The planes should be colorful when I get them done.  The lights in the room wash out the colors.  The blue and yellow are much richer, and the pink really is neon pink.  Hopefully later photos taken in the day will look more accurate. 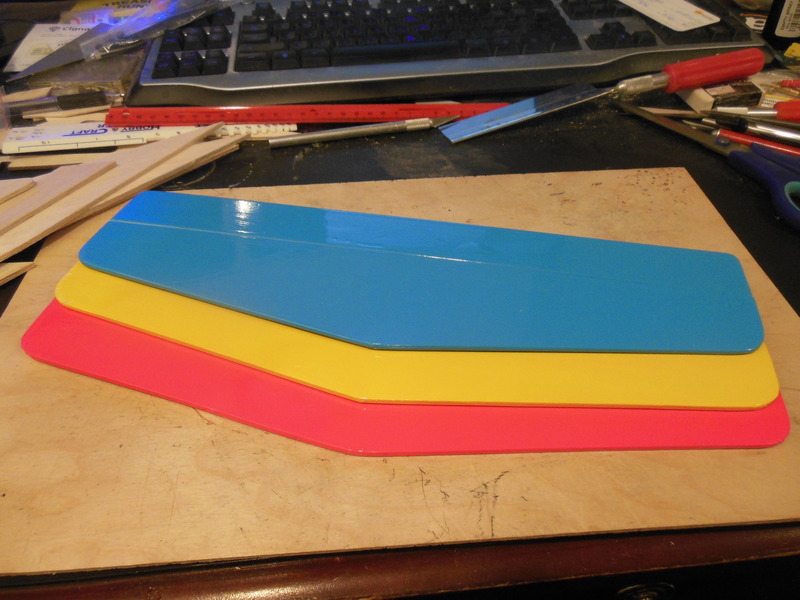 Fred, from what I’ve read, these are great for cutting thinner balsa and ply.  The admin of the Benbox Laser forum says he’s cut up to 1/8” ply with his.  That’s the max thickness of ply I’d do.  And I read someone else had no problem cutting 3/32” balsa which is the max thickness I’d use for ribs.  If it’ll do 1/8” ply with a couple of passes, it should be able to do ¼” balsa with two or three passes.  So I should be able to cut myself complete 1/2A kits. I already have a few designs in my head to try out.  I’ve also read the Benbox software that comes with the machine isn’t great.  I was planning on buying the software put out by the guy running the Benbox forum.  The guys on his forum say it’s pretty good software, and for $40 it’s reasonable for an easy to use CAM package.  I’ve been doing a lot of reading on the Benbox forum, and I think I should be able to do this with not too much of a learning curve.

Great share on your builds. What covering are you using. Looks like the tailfeathers came out really nice.

Also, you brought me into the world of Benbox. Looks like good potential. I am a little skittish on running lasers with wood as another fire hazard of this hobby/passion/obsession we play in - LiPo batteries, dope, alcohol, other chemicals for cleaning/thinning. I bought a StepCraft 840 used and haven't had the time to get it hooked up. It can take an after-market laser but I was concerned about fire hazard in my shop, especially having to be present 100% of the time while it is cutting. I will be watching the Benbox forum you gents pointed out, with interest.

Keep the pics and updates coming! 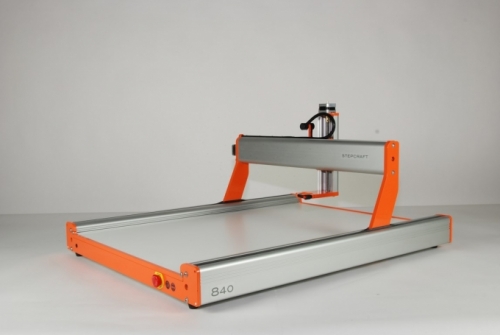