Before I screw up

Before I screw up

I intend to fuel both from one bladder

Has anyone ever tried to make a HORNET 1/2A electric Finger run backwards by simply reversing the leads?

Sorry for wasting the time it took to read this

I just tried it---- and Yes the starter will run just fine CCW or CW DC motor...duh!

Roddie it will be home brew C/L but still in my head... combat wing? Scale real airplane? morphed cartoon bash of some stunt type?

A good idea to etch the engine so you know it has a left handed crank. If you put it away and forget, you'll play hell trying to start it.

@Ken Cook wrote:           A good idea to etch the engine so you know it has a left handed crank. If you put it away and forget, you'll play hell trying to start it.

Geez.. That's a good suggestion Ken. Especially where Phred hasn't got his heart set on a model yet.. It's a good suggestion for anybody who swaps out a Tee Dee crank. I tend to put "project-engines" in zip-loc bags with notes on what parts are installed.. and also if a particular part was robbed for use in another engine. It's helped me to keep track of Cox engine cylinders in particular.

Phred... I love the "twin" plan man! Be sure to pay mind to which side (inboard vs. outboard) that you mount the engines. An early "engine-out" will play a part in controlling the model with one remaining engine running. You mentioned wanting to run "both" engines from a single fuel-feed (bladder).. which should theoretically shut them both down together. That would be the "ideal" scenario. Murphy's law proves that we can't count on ideal scenarios. Plan on your last engine running.. to provide the most torque-force.. to keep the model tight on the lines. I'm not sure what that recipe is Phred.. but I "think" that it would be placing your L/H crank engine "outside" when flying C/L; the standard ccw direction. I could be totally wrong about this.. but it deserves some forethought.

"Personally".. I'd love to see you build an F82 twin-Mustang stunter.. 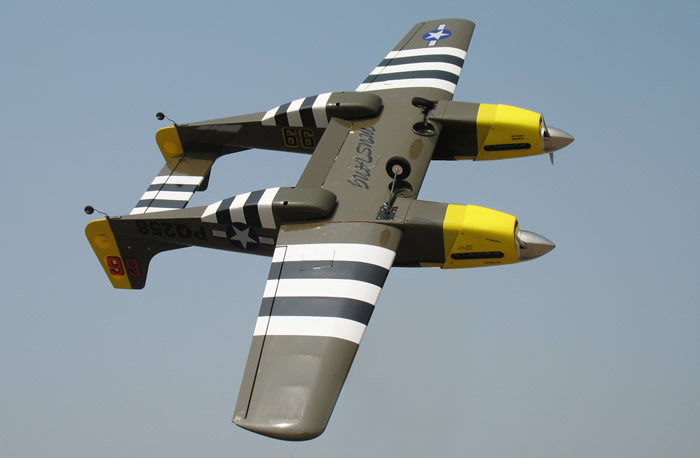 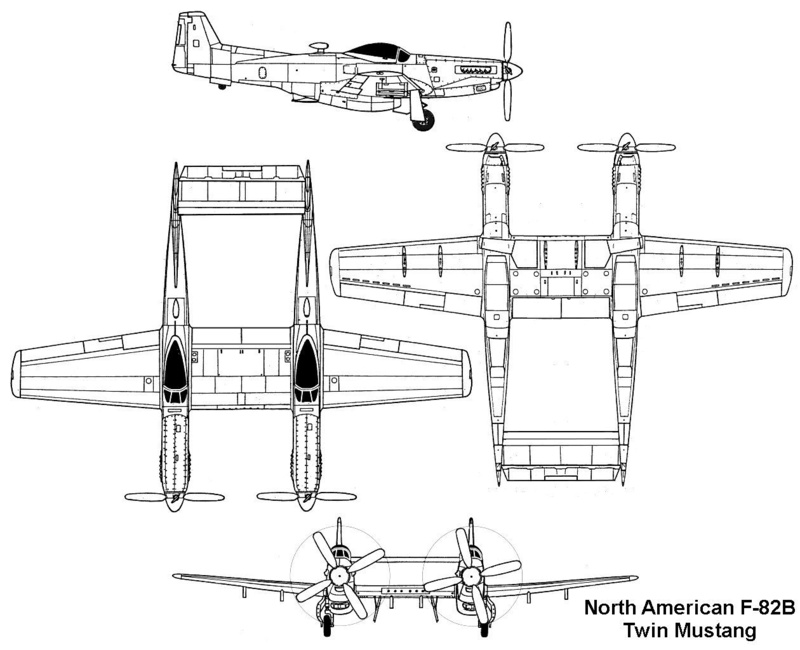 Might as well throw some heritage into the build.. and tear-up the sky with something sleek and fast! You'll have the power-reserve of "two" awesome Tee Dee engines at your disposal. Just sayin'.................

Fred, ever since Bob's Skeeter build, my fascination for building a Twin has come to a full boil. I'm looking forward to your choice of plane. And I want to see you learn the pattern with it, even as a sport-flyer, it's still fun to challenge yourself and learn a new discipline in the C/L sport. If you really do want to have a competent stunter, I'd recommend something who's single engine equivalent would be in the 40-55 ounce range with flaps. That'll be stable and allow you to fly without having to worry much about 15+ mph winds.

I have a 1/2A Brodak kit and a pair of Medallions, so maybe I'll get that idea going. I also have the Sterling P-51 I got from Mike that I'm late getting on the table. That damn Twister repair really set my fun-building back, but I expect to be flying it before Huntersville is upon us. The Sterling kit will come first and be a traditional Stang with the Tuskegee Airmen scheme.

I'm going to test my pattern flying ability again pretty soon. Probably with the Tutor.
Rusty
_________________
Don't Panic!
...and never Ever think about how good you are at something...
while you're doing it!

Certainly keeping the RH and LF properly ID marked will prevent much future grief, for now they are bagged and labeled but I can see how during mock up and fitting how i could screw it up so I am pondering how I want to mark each with out marring the pretty engines

I love the Corsair so much I was thinking Cartoonish bent wing Bash with twin engines, Profile Fuselage ( center) not twin fuse like the F82 and tail with twin Corsair shaped rudders on the out side of the stab/elev 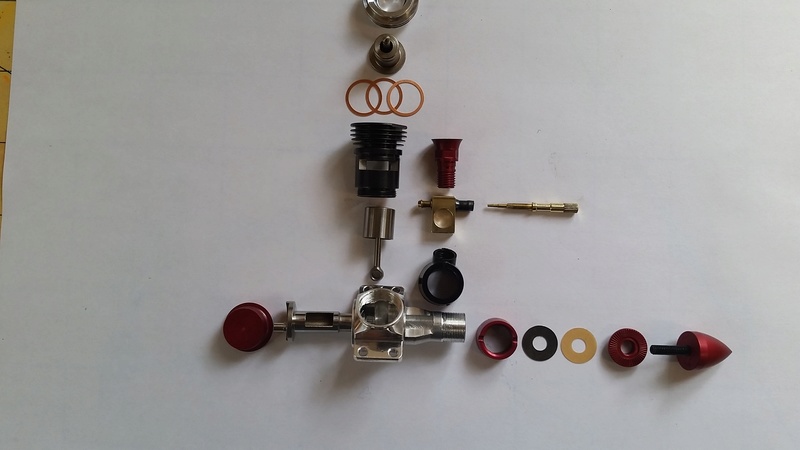 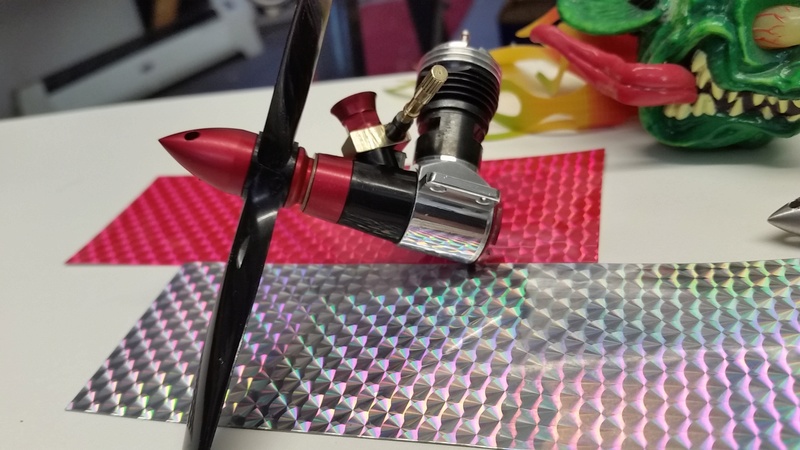 The wheels are turning! NICE! Time to put pencil to paper.. and draw-out a custom TWIN-DEMON! I've always "lucked-out" when designing my own C/L 1/2A models.. in that; they've always "flown".. without too much peril. Just getting one to level-out and be controllable was a victory for me. It's "all good" Phred! In my future designs; I will try to build-off the knowledge gained through being a member here.. for building a capable C/L stunter. There's so much to consider. Airfoil-area/profile, flaps vs. no flaps.. tail-moment/span/area. I'd never considered these things when designing my previous models. I just tried to make the components proportional to a similar full-scale aircraft of which I was attempting to model.

I feel that you will be hankering for extreme-maneuverability.. hence your involvement with C/L Combat... except that "this model" might incorporate landing-gear. I hope it does bro.. because I'm a BIG fan of the R.O.G. and "landing-on-gear" experience that comes with flying a model-airplane. Gear-design in itself; I find to be a very fulfilling-aspect in building the model. It doesn't need to be anything-close to the scale-gear in appearance. The gear-location doesn't need to be exact either. I've always built my gear from music-wire. It's incredibly resilient stuff.

and can be bent fore/aft to facilitate c/g balancing as well as swapping-out wheels to achieve/tweak balance. Dressing-up music-wire gear is easy.. and looks cool. I did that with my Bearcat Speed-Model.

All you need is some thin plastic-sheet. 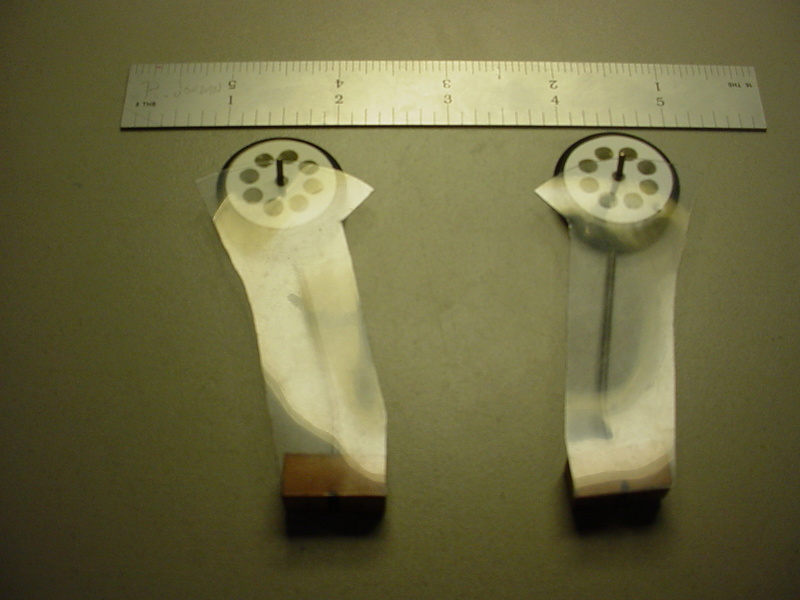 Bind the tops of the doors to the fuse (or separate wing-mounted blocks, as I did on my bearcat) and drill holes for the axles at the bottom. Wheel-retainers hold them on. It's a simple addition that makes the gear "stand-out".. rather than looking like "chicken-legs"..

Remember.. that main-gear mounted too-far back on a tail-dragger can cause "nose-overs" on launching and landing. It's a great feeling when your model lands and rolls-out upright. It's like the icing on the cake! 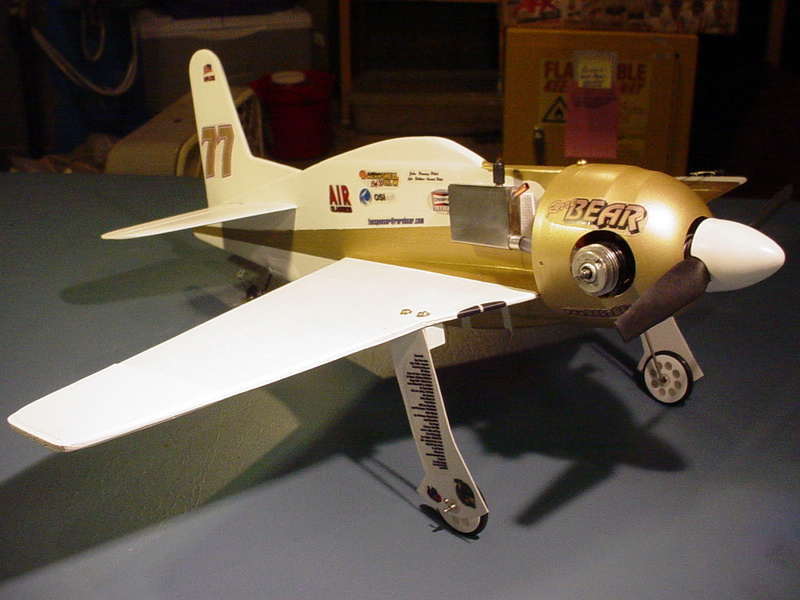 I have done several just out of my head small planes. Mostly playing with the Sig Air foil Balsa

the span, fuse length and tail volumn is easy to get close by just copying dimensions from other flyable plans or kits

I have ordered a lot from Phil Cartier -Core House 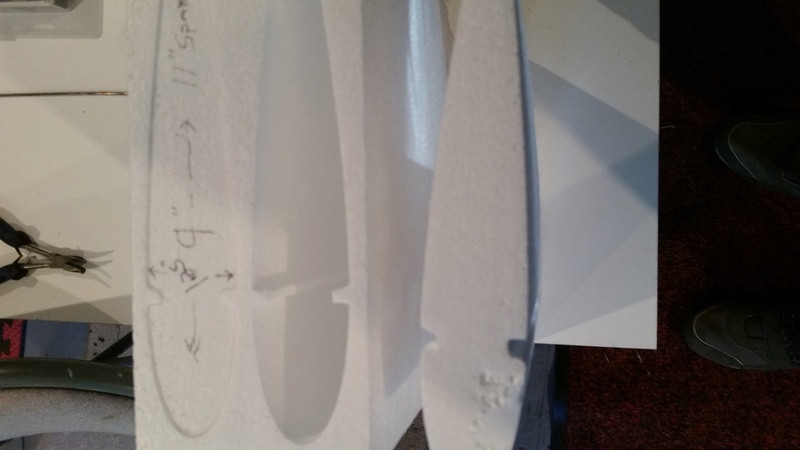 My post just vanished in the midst of writing.. I wasn't even touching the keyboard..

Where was I... Engine cowlings can be a PIA.. IE; mounts, accurate hole-locations.. making a NVA-extension that will hold a setting.. obtrusive to exhaust-priming.. less effective cooling.. The Rare-Bear needed one though.

Those Cartier foam-core "shorty's" show some potential. Do you have three matching ones by any chance? That would build a 33" span/300sq. in. panel. A pair of Tee Dee .049's should be able to handle that. How deep/wide are the spar-slots? A pair of 24"L. CF tubes would add some functional lightweight rigidity. Maybe trace the airfoil to make a template for building wing-mounted engine-nacelles.

A central fuse-pod could provide for a bellcrank-mount and extend forward to contain a bladder-compartment. It would also provide for adding nose-weight.. if any was needed. Where it would protrude forward; it would also "take the hit" before the engines, in the event of a nose-in. You could design/build a nose-cone from Styrofoam that would compress/break-away and be easy to replace. Just throwing some ideas out there Phred.

I wouldn't think that a 9" constant-chord wing with twin-engines hanging-off the L/E would get tail-heavy too quick during a build.. but I'd go with a fairly short tail-moment if you decided to try that configuration.

Thinking it could look something like a twin-powered Renegade.. 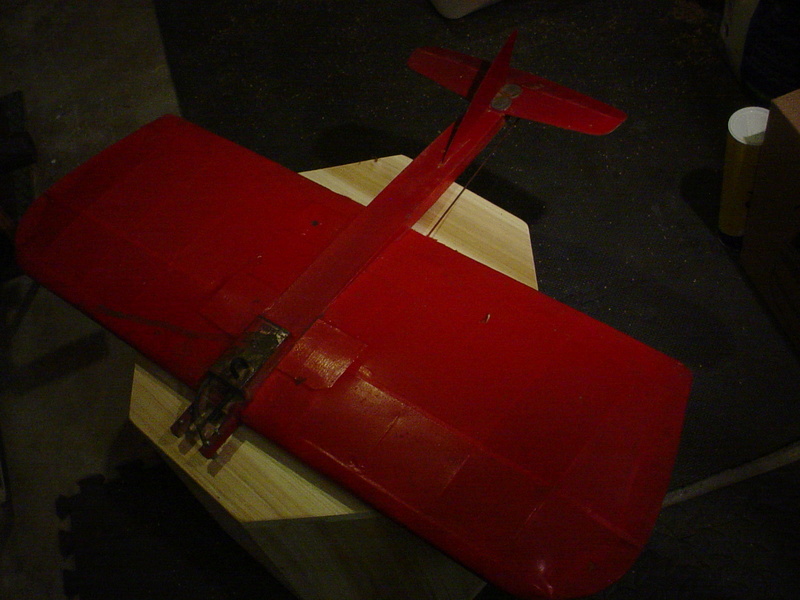 I also have some 5 sets of Jeff Dawson 1/2a combat wing cores... basically shaped like a Lite Hawk wing..

I also think that I hate filling the Foam grain with fillers*...so maybe just the tops of the wing will get 1/32 balsa skin

ON one set, I mixed a bunch of Microballon into thinned white glue and that worked---- but added a bit more weight than my first use of Lite DAP that was mostly all sanded off

I have so many other irons in the fire right now...all this bantering on the Twin bash is screwing with my plan.... Roddie has me thinking too much on this

Bottom line Roddie (or anyone else)...

If you occasionally add Sig MFG airfoil shaped Balsa to your kit... pester Phil Cartier for a set or two of his various wings... and be happy when they arrive with additional bashing sets as the box filler...IN Fact deliberately ask him to not use crumpled newsprint and deliberately use the cast off core sets as filler

BTW you have to e-mail or call Phil....his web site is a mess and not updated since 2010...He has a LOT more to sell than you can see on his web site

BTW#3 if you need to hollow out the interior of the cores .... I use many different 30" long Aluminum Tubes with a sharp or even serrated nose and use hand palm twisting to cut out many span wise holes in the solid core... I also have several round Cans from 2" dia to 4" dia sharpened to core out round holes in the wing panel...