Recently picked up this PT-19 and just wondering which version it is. Never been flown or run. Got any ideas? 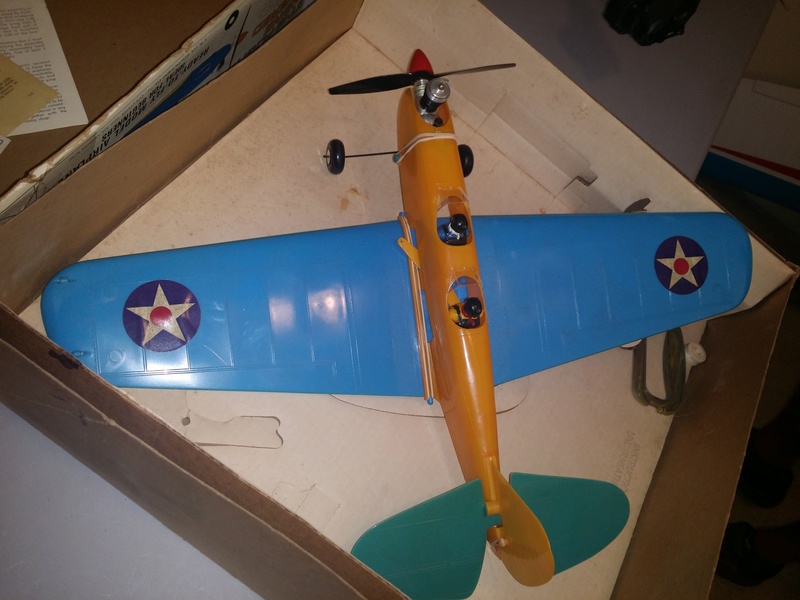 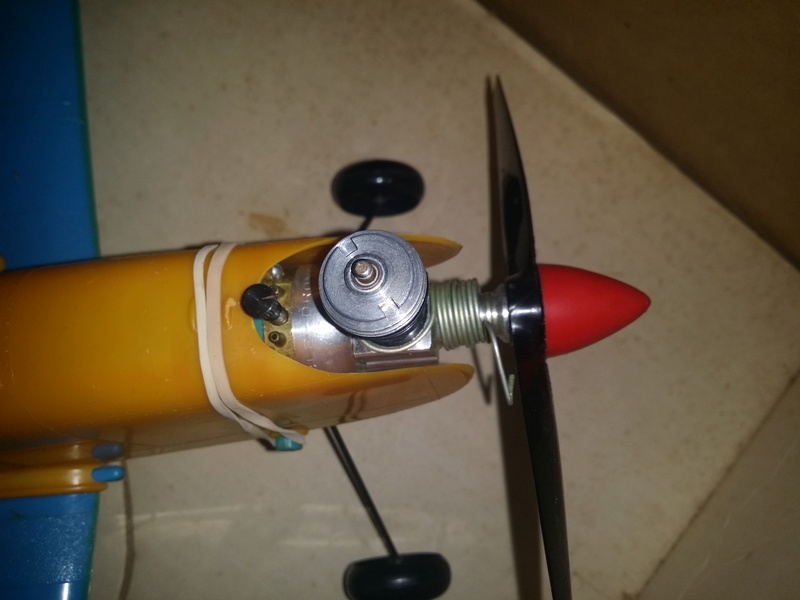 yep, mid sixties for sure, one of the last inverted colors. Lol, looks like some darn kid overwound spring trying to start it, or playing with it!

This was the version that my Uncle Wayne originally bought used from a neighbor---not sure of the wing/fuse colors.

It kills me that we never got a photo of it as it had a TON of character, such as:  Super-Heavy Perfect Wheels, a strip of aluminum window support, bridging the gap in it's outboard leading edge where the PT had lost a fight with a fuel can on landing, one battered pilot, hanging on for dear life, and assorted other cracks and gaps, testifying to it's somewhat difficult, previous history.

But the thing flew, and flew often...

Mark Boesen wrote:yep, mid sixties for sure, one of the last inverted colors. Lol, looks like some darn kid overwound spring trying to start it, or playing with it!

You can tell it's never been run, but yeah the spring has seen some abuse. Hey I like your avatar pic- Here's my Son holding a couple of the other planes I got in this find. 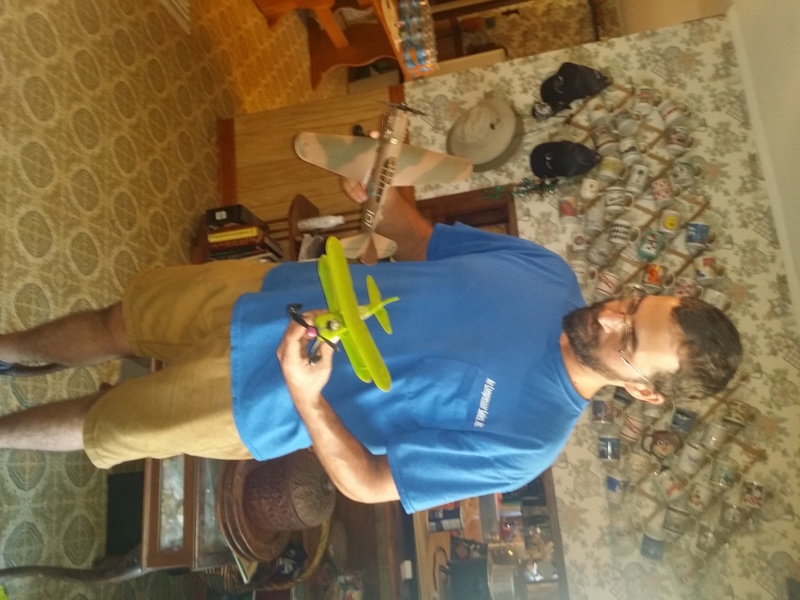 The l'il Mini Stunt was my first, got it for my 10th birthday (summer of '68) flipped and flipped, never could get
'er started, maybe a pop every now and then...just enough to keep trying!

The later PT-19's were adapted for the newer .049 "product engine" having the horseshoe-style backplate and an external fuel tank. Not sure if these ever used the earlier "postage-stamp" backplate product-engine. There was also a 5cc tanked and muffled "QZ" version.

As for that little biplane.. 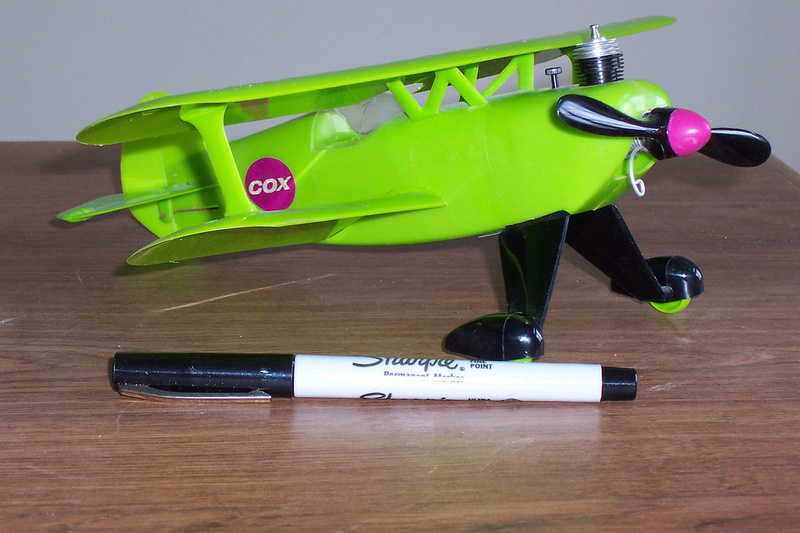 I think it's basically a version of the Pitts that was offered in several different configurations.. 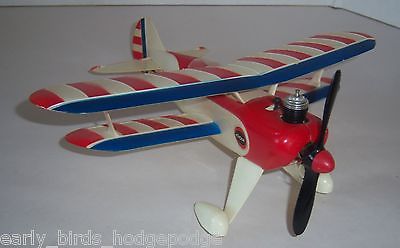 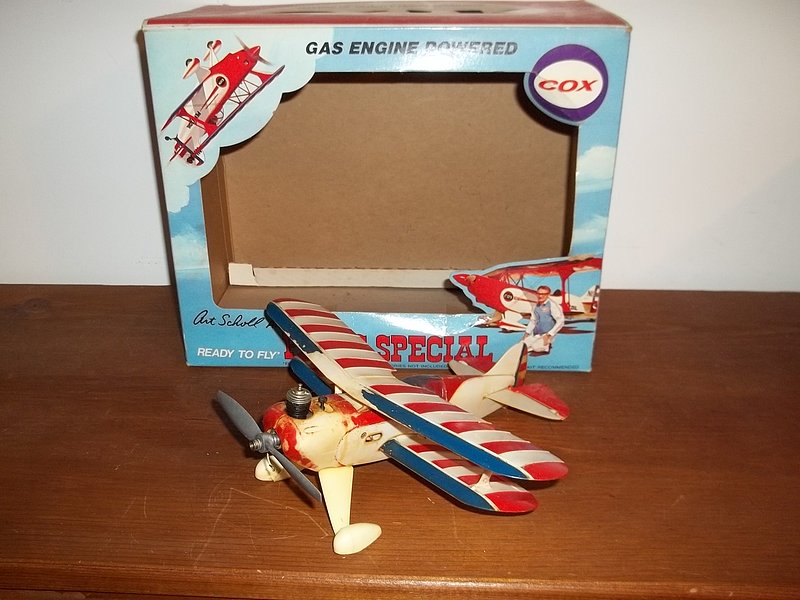 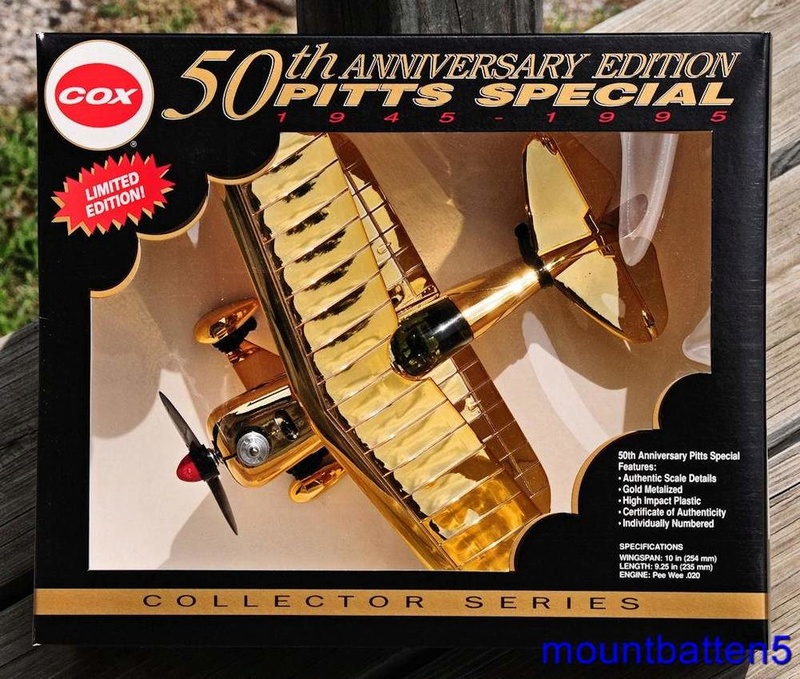 I posted recently regarding a newer type of fishing-line that might be ideal for flying that little Pee Wee powered biplane. It has a smooth-solid liner encapsulating strands of "Spectra" fibers. Check out the specs...

Good find, Bill - that one is good shape.

I flew 2 of these last weekend and one is like the one you got, but has more miles on it.
The box it came in looks to be from the 60's and I will post a pic this week.
The other plane I have was a later vintage but pre-China build.
The throws were reduced and I just saw that it has an option on the control horn for greater throw.
I just flew it in circles last weekend, no drama, for the Int'l Cox PT-19 Fly It If You Got It weekend.
The oldie had 2x the throw, but 1/2 the power, ha. I was feverishly going through my stash of Cox Babe Bees to get one to work for the "big event."
So, both were more of a challenge to first, get more than the requisite 5 flights to get an official flight, and then seeing how many total circuits I could get out of each - I think it was 26 for the oldie with the Babe Bee, and 34 for the newbie with a "product" engine, which I also had to swap out to get one that ran. 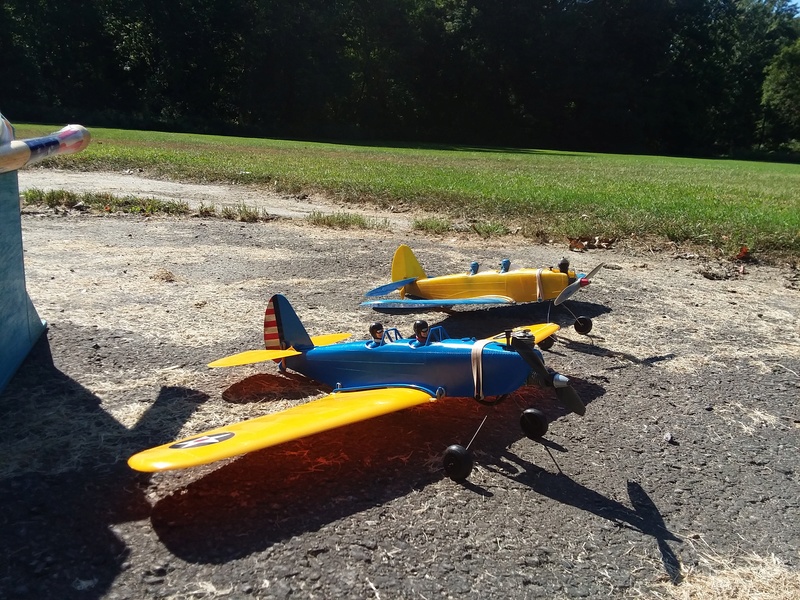 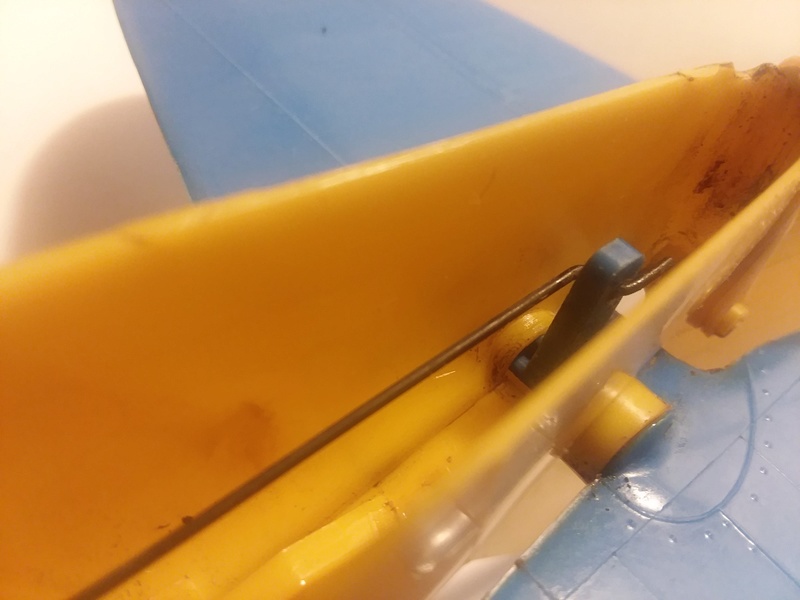 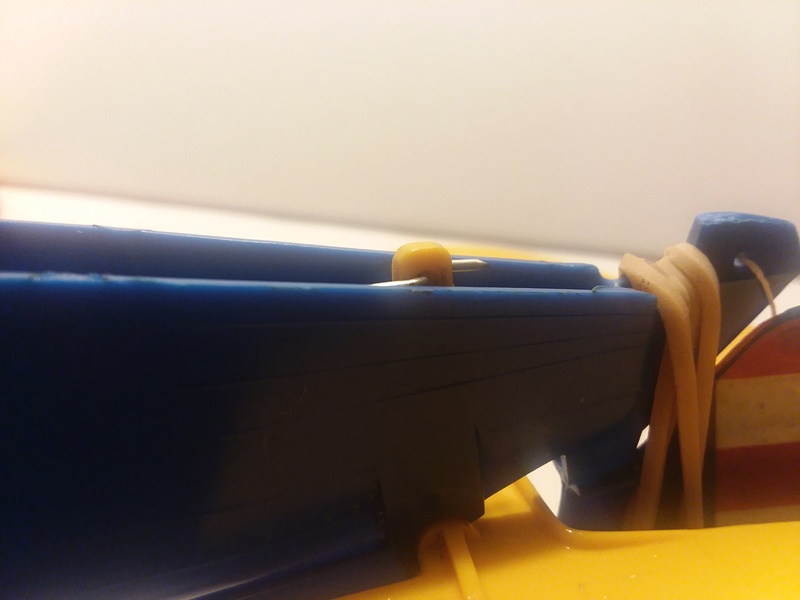 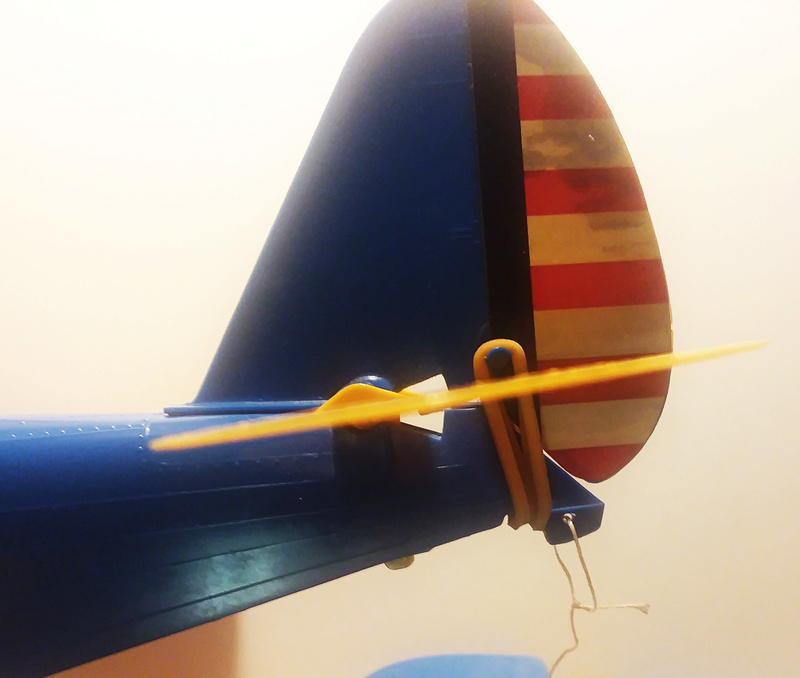 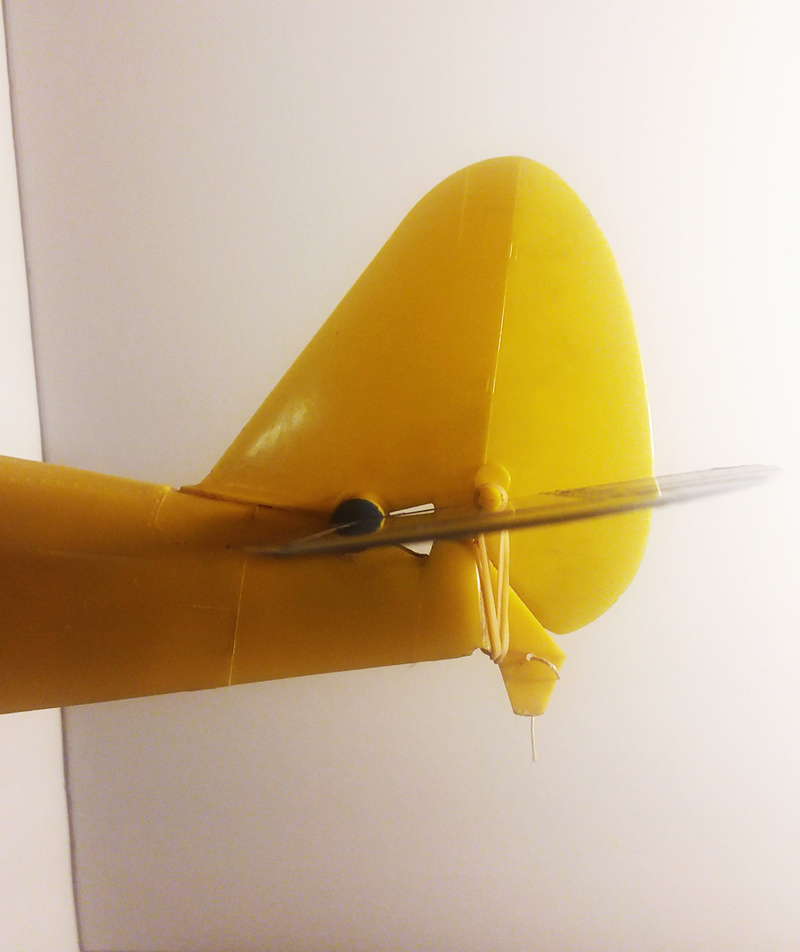 Lotsa sweet looking PT's here , and thanks for all the help guys. As a result of this thread, the PT-19 I posted about is now winging it's way to it's new owner. He promises to fly it and give it a great home. Have fun with it Kim !

badbill wrote:Lotsa sweet looking PT's here , and thanks for all the help guys. As a result of this thread, the PT-19 I posted about is now winging it's way to it's new owner. He promises to fly it and give it a great home. Have fun with it Kim !

Oh Hoot I will!
Just got it an hour ago, and am still staring at it! There's surely no doubt here that Bill is a Square-Guy, and I testify to that as I GREATLY appreciate his selling me this chunk-o-my-past !!!!
Now, back to being a 14 year-old!