Log in
Search
Latest topics
» Purple Martins
by rdw777 Today at 8:53 am

Paying winners to three places for each of the two classes...REED and FISE
$100 cash PayPal or snail mail
$75
$50

Bonus points* for documenting the build and testing

BUT if some one will step up, I will sponsor with similar Cash prize offerings

* RUN WHAT YA BRUNG UNLIMITED:

Must be Cox engine, and not some Cyclone Cox hybrid...that said; any typical Documented Cox hop up is allowed
Recommend reading Paul Gibeault's Mouse racer engine prep and tuning

It is a speed contest... this implies already best practices self limiting air-frame and configurations

If you have a very hot .051 TeeDee and want to see if a Baby Ringmaster BiPlane can turn fast laps...well give it a go, document and enter

Rocket assit is not allowed!

BUT I will offer a fourth prize of $50 for any contender that does a speed run with JATO take off...documented and video taped......Evil grin

Point is to have fun, prove we at CEF really are the gentlemen we already demonstrate every day and perhaps entice some RCG RCU Stunthanger to be new members and participate

* Voting:
TOP MPH calculated from 32 (REED) or 42 (FISE) foot lines is 80% of the total
Build and testing documentation is 10% of the total
Execution, complexity, originality, uniqueness, fit n finish, 10%

Fred, that certainly is good incentive to participate. I assume you are now the CD?

I think because this went silent for so long a virtual show of hands might be a wise idea. I would hate for someone to build and submit from this point only to find out there was not enough participation.

@Cribbs74 wrote:Fred, that certainly is good incentive to participate. I assume you are now the CD?

I think because this went silent for so long a virtual show of hands might be a wise idea. I would hate for someone to build and submit from this point only to find out there was not enough participation.

Count me out. I'm just to old, and untalented to participate. It's an effort for me just to get any engine to run much less at speed. But I live here through others so I hope it works out.

@Cribbs74 wrote:Who is heading this thing up? The CD needs to weigh in and set things right.

Hi Ron, Hope that you were off from work.. and able to spend this Thanksgiving holiday at home. Jim Roselle (aka "jpvelo") was in the process of relocating from Phoenix, AZ to the Denver area of Colorado this past August. Aside from being a new "dad".. Jim was also into building/restoring bicycles as a hobby. He did post publicly; regarding the relocation.. and his being a bit "burnt-out" from the model-airplane hobby.. and plans for concentrating his future hobby-focus on the bicycle-building.

If you read Jim's thread in the above link..  what he sent to me in the mail was, a large box containing model-airplane plans. I don't doubt that it may have been every plan he had. A treasure-trove of control-line designs. I couldn't believe that he'd part with all those plans.. especially since he was the catalyst for the original CEF Reed-Speed Contest back in 2013.. and designed some wicked model-airplanes to compete in the contests over the following years. 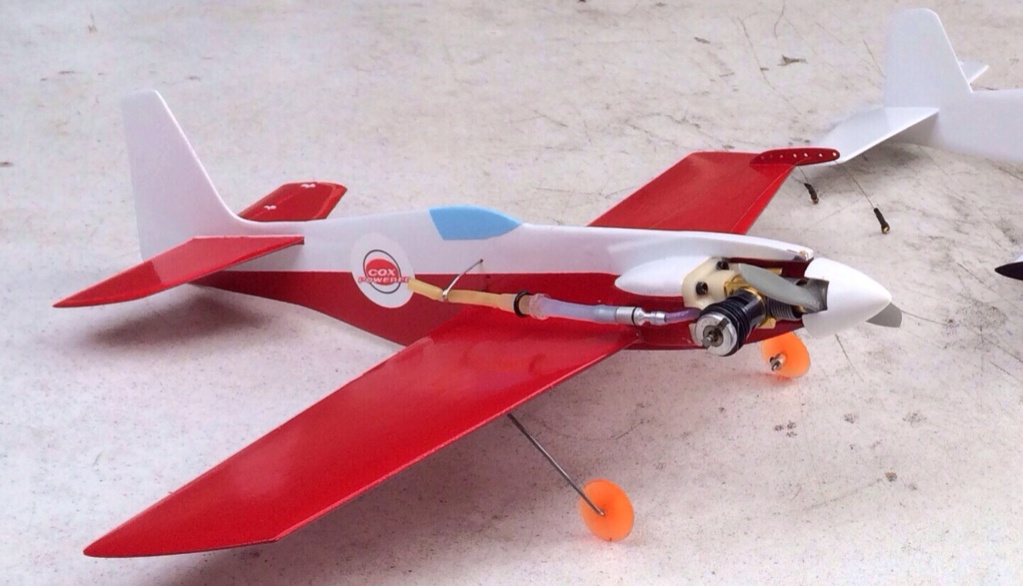 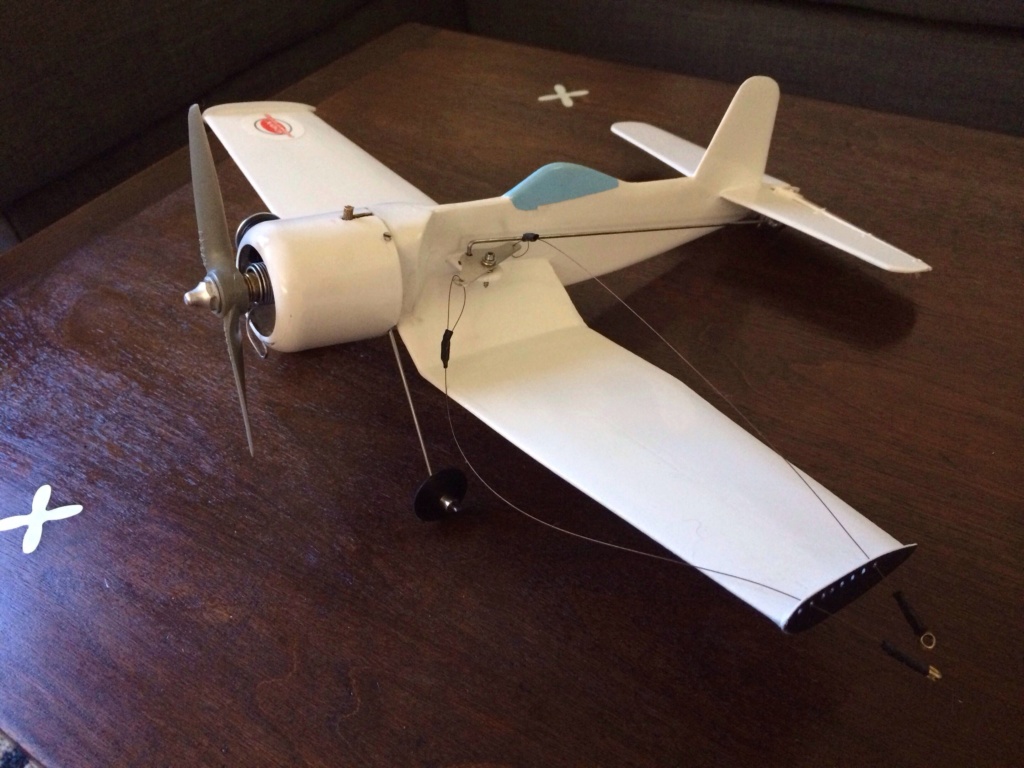 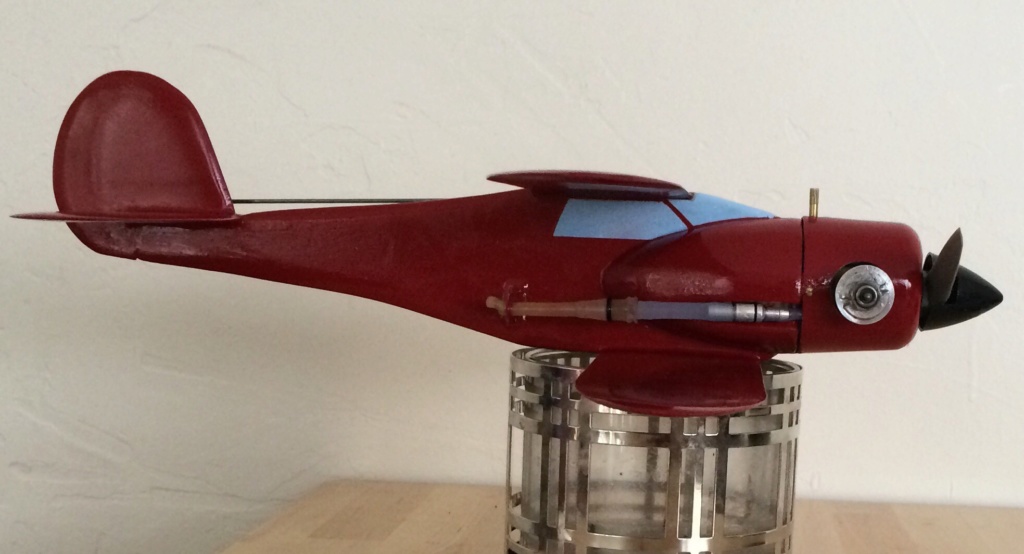 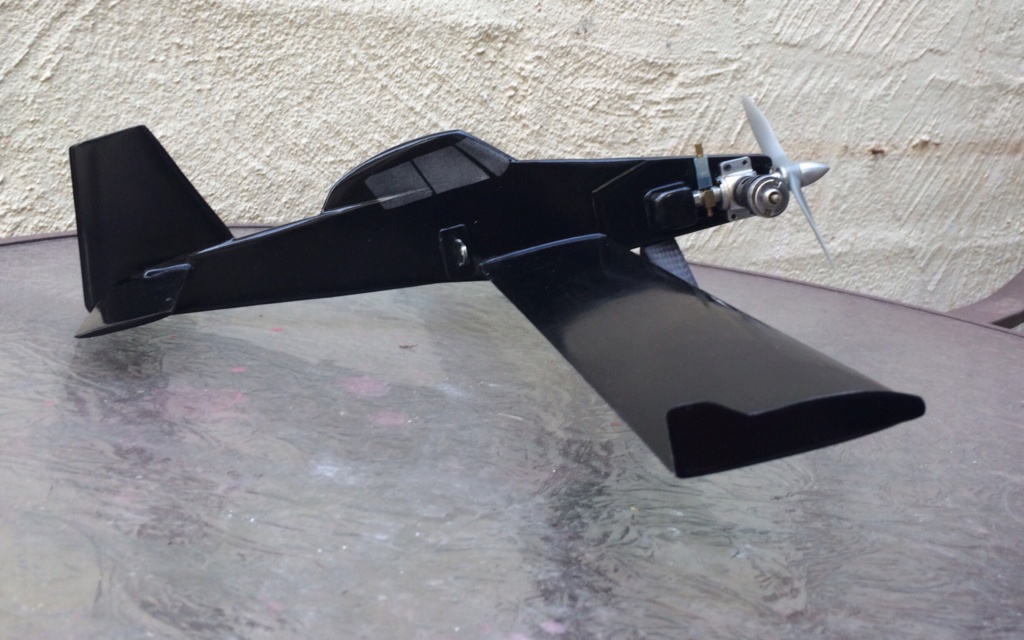 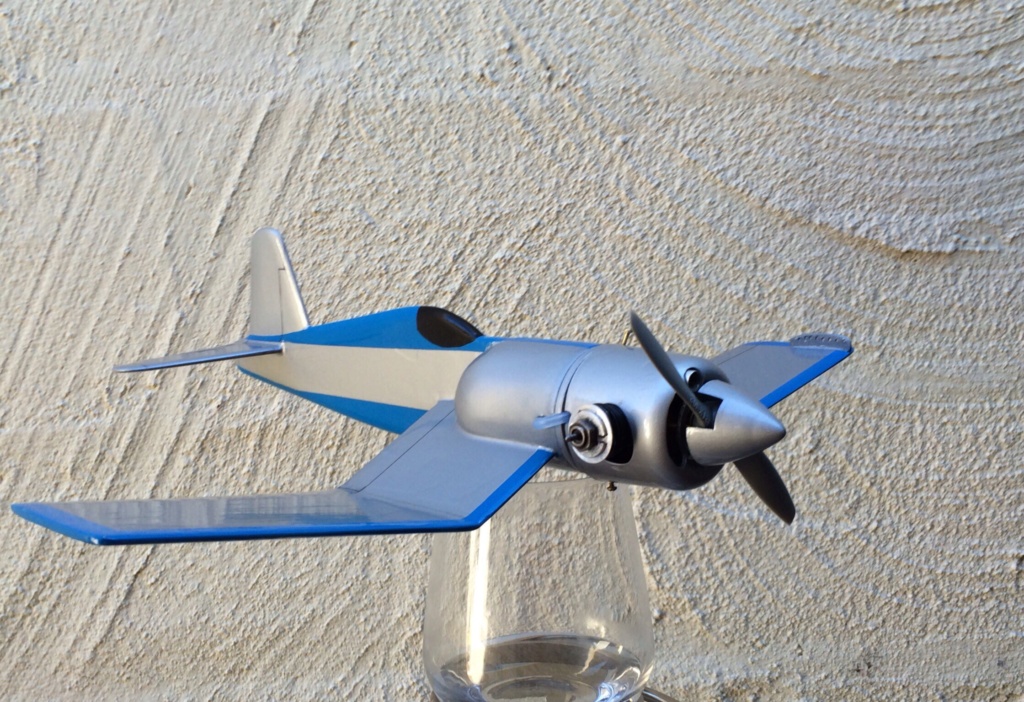 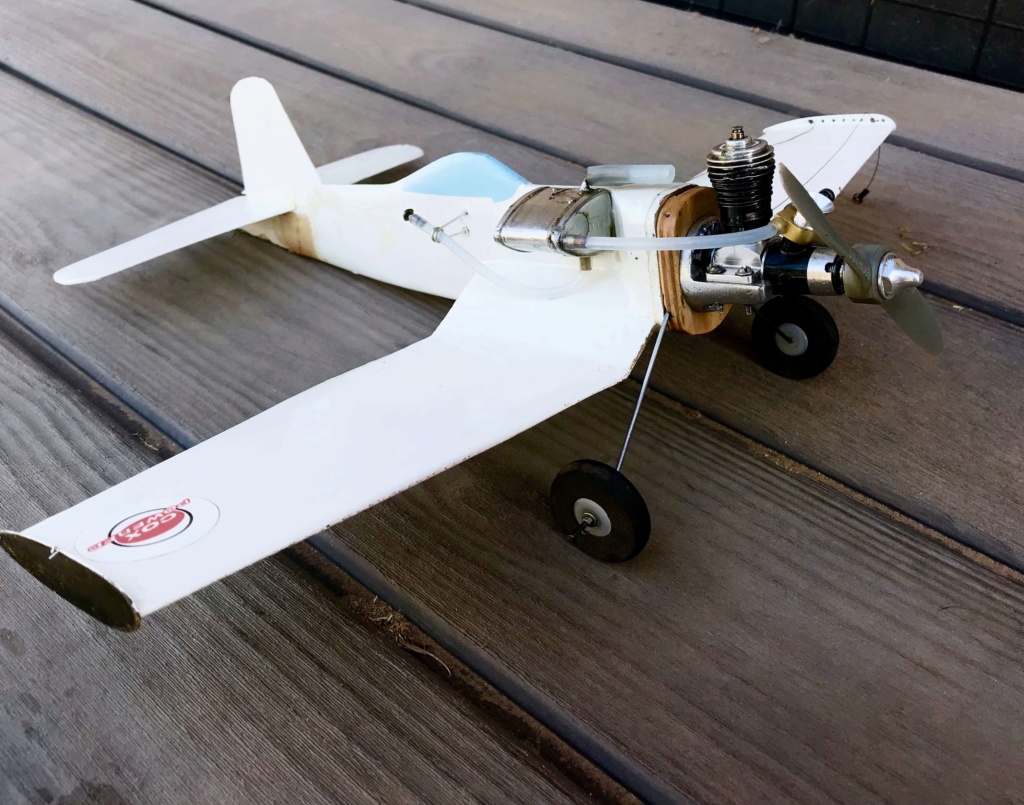 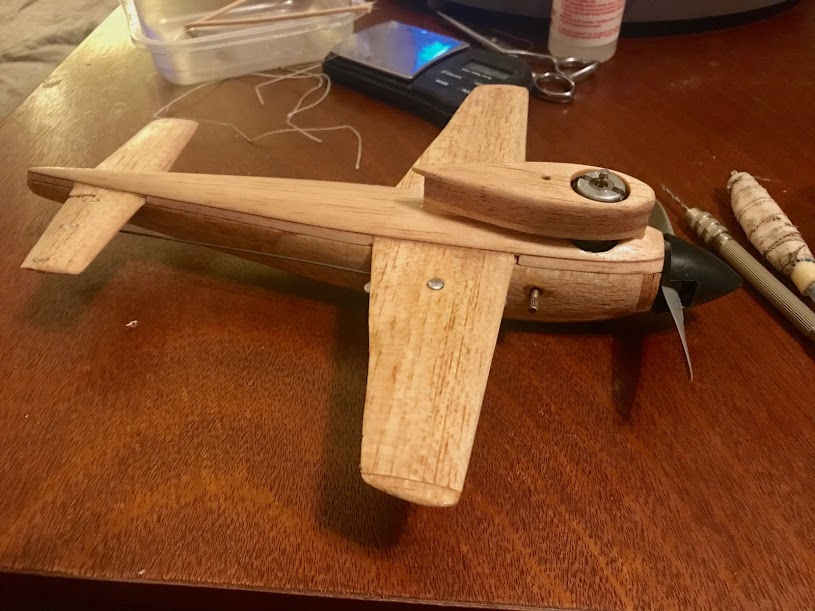 with most of the models being finished.. along with flight-attempts being made. Many contestants weren't prepared for the challenges surrounding the "launching" of their tiny over-powered models. The 2nd contest-year (2014/15) saw a 70-80% drop in participation.. with our last contest having only x1 official flight recorded.

The previous-years contest "rules" no doubt; discouraged some modelers.. but those rules were loosely based on actual AMA rules for 1/2A profi models.

Where the current-contest rules are much more relaxed.. I'm hoping to see more participation. We also have quite a few new members over the last year or so.

I guess I'm in.  Got this last week, never been run.  I've been trying to think of what to do with it.  It's been a while since I've flown control line so I'm thinking of building a Brodak Baby Flite Streak for it.  Ought to haul the mail alright.  I'm probably going to need some help though, so bear with me.  I'm not sure about my reaction times, but what the heck!  If I bury it, I'll just dig it out and build something else like I did with my first Babe Bee a half dozen times.  I've never uploaded a video either, but you guys seem to be able to, so I'll figure that out too.  I'll also have to find someplace to fly it without getting arrested. 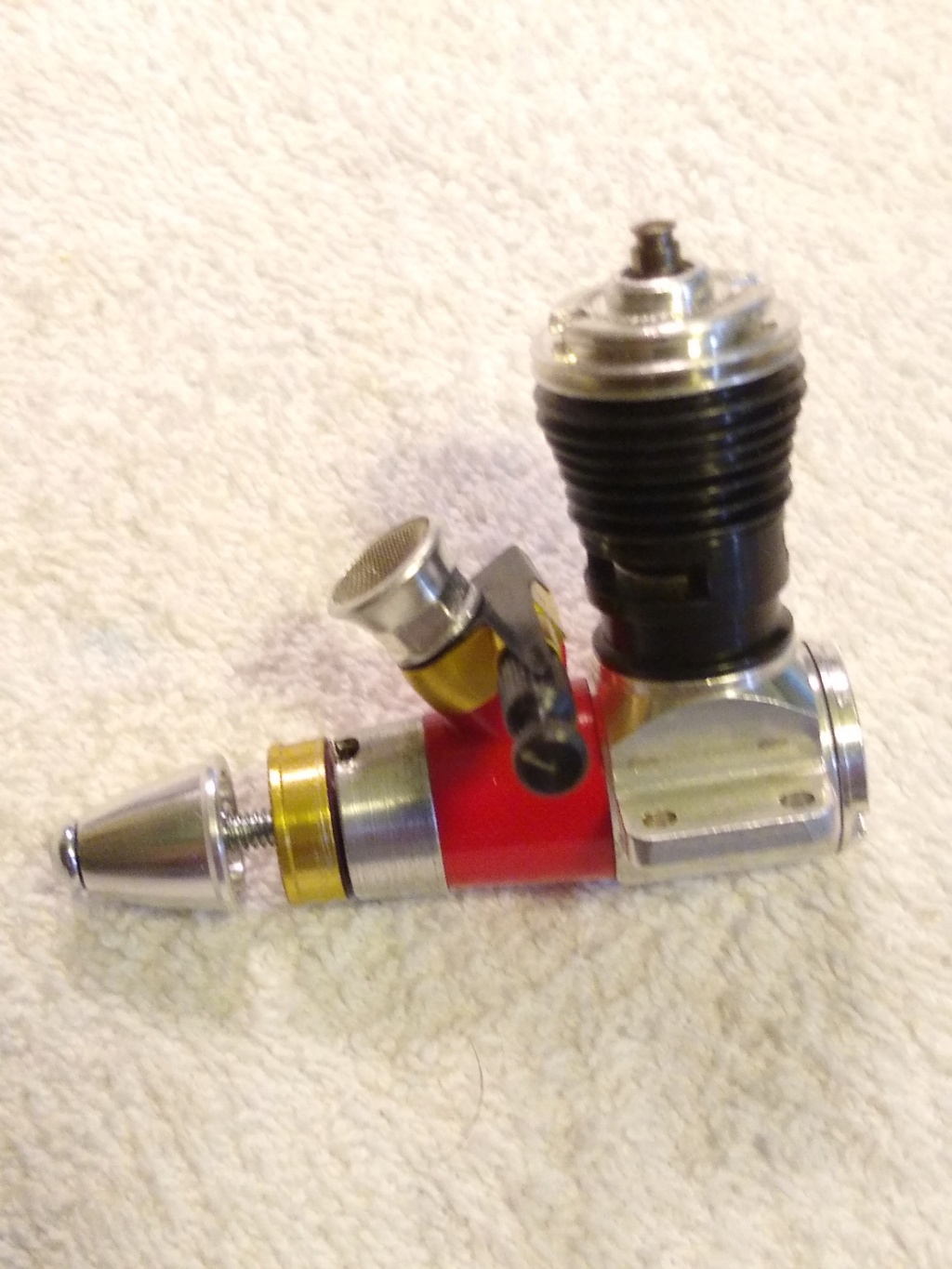 Once under control get R done then fall down LOL .. P 51 D scratch built .049 TD Tanked If you have a YouTube acct. you can post videos here paste at YT icon . Darn i didnt know Jim just got all the way out NICE he gave you the plans roddie . Here is were the NEW contest is ... https://www.coxengineforum.com/t12305-2018-to-2019-cef-run-what-ya-brung-unlimited-speed-contest#157495

I an still thinking , nto to bad if you can get in on the First flight !!!!

@getback wrote:Once under control get R done then fall down LOL ..

Eric, that flight and the vid capturing it are priceless. That model was haulin' the mail, the second after your son launched it. I thought to myself; "when's he gonna' give the timing-signal?"... On the 7th lap.. engine peaked-out nicely.. you raised your free arm to signal start time. I think you ran 12 laps from that point.. before the engine shut down. One hair-raising official flight logged.

HeHeHe, this ain’t mine, but does give me crazy ideas!!  I know one of our members posted a picture on line of a SR71 with 020’s on the engine pods, with room for a rocket engine in the rear! yEOw!
For your entertainment: