» question: gas powered cox or other 1/2a engines using the OS G5 plug
by gkamysz Today at 3:36 pm

» What are the differences (if any) between Cox .09 TD and Medallion pistons/cylinders?
by getback Today at 2:17 pm

GSCB Didn't see anyone I knew!

GSCB Didn't see anyone I knew! 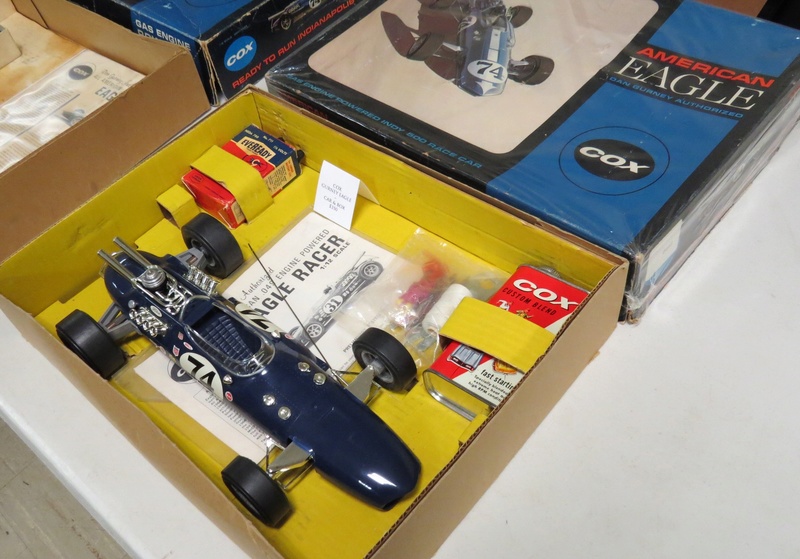 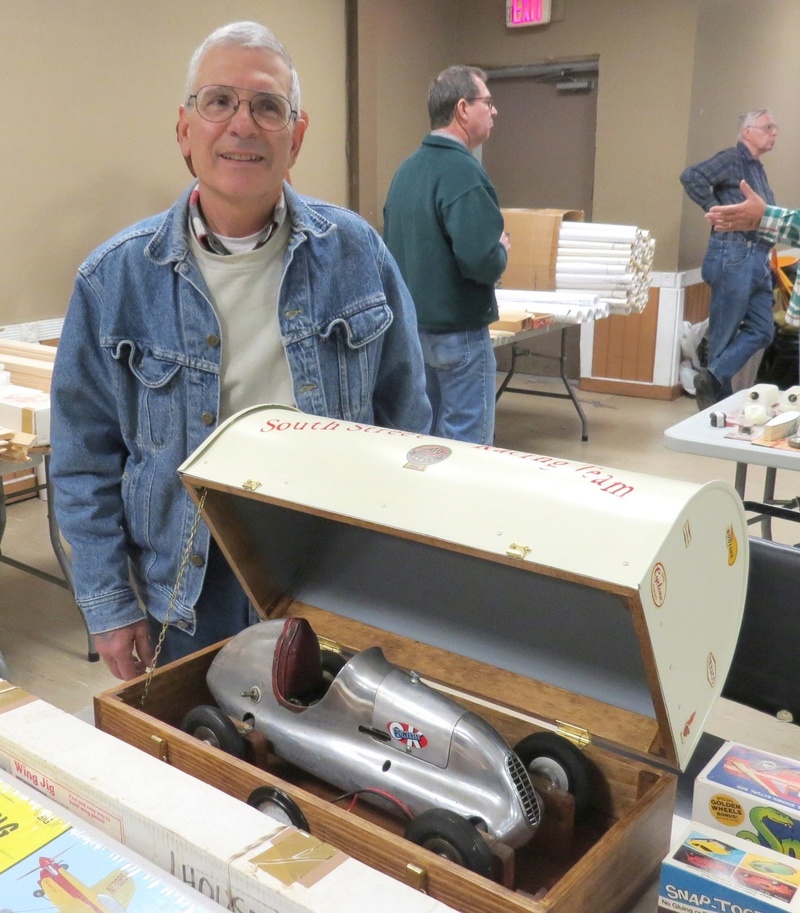 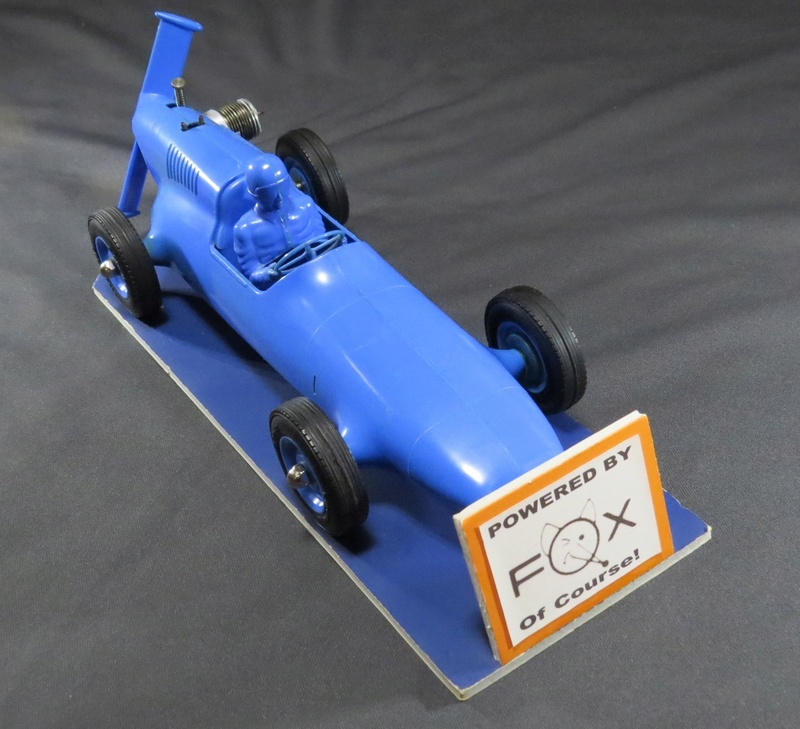 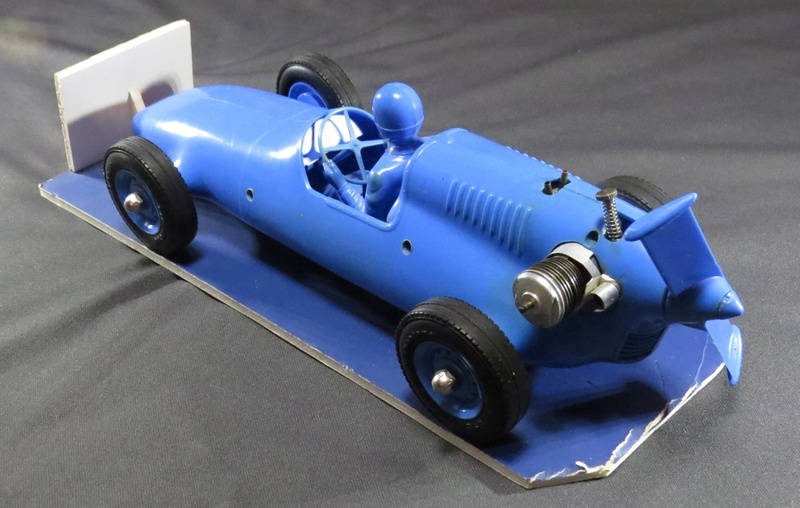 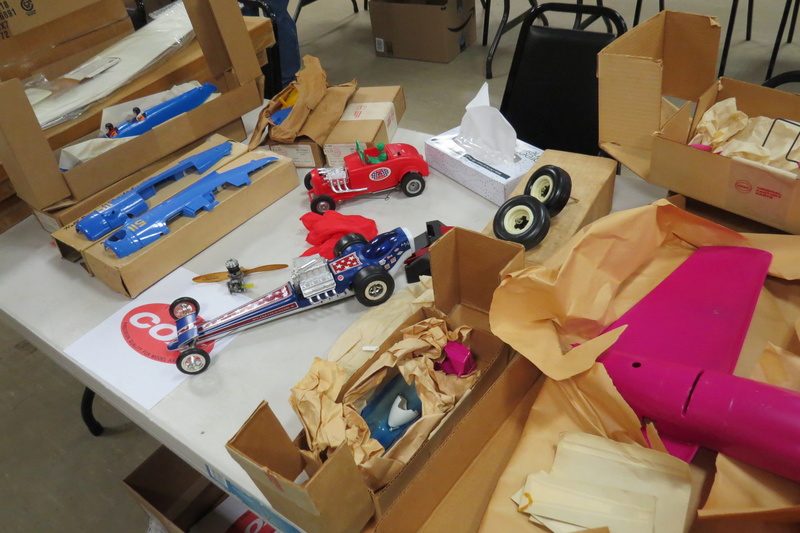 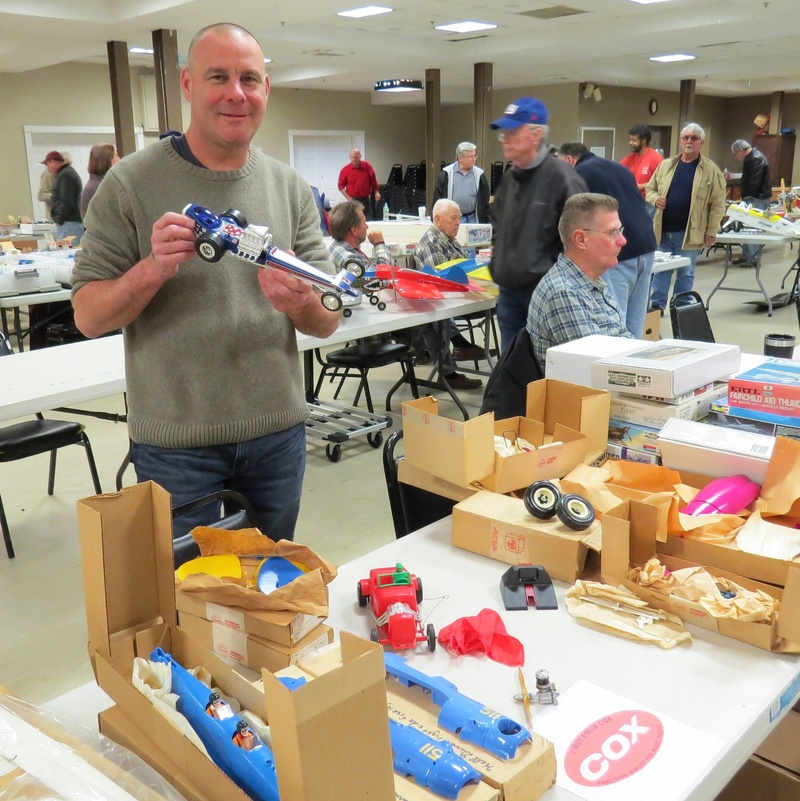 A lot of nice stuff!! I could have really used some Baja bug parts

Bill, I saw you as I was actually heading out. I didn't realize you were on the front row as you entered. I had a table in the rear and I was concentrating on selling the planes I brought. I managed to sell the five I brought with me. The Gurney Eagle there was awesome. It did come with a $350 dollar asking price, but everything is there and you don't typically see that. The next picture is Frank Imbriaco with his tether car. Frank is one of heck of a guy. The next picture you show is the car you had on your table. Very very cool, is that a Fox .049 or .07? Bill Steklinski is the next fellow with his brand new Cox items. He sold a lot of PT-19 parts. I believe he told me he sold 8 sets of wings, elevators and rudders. I see the fuse there as well. All new in the box items. The top fuel dragster sold which was also new. Bill set a ME-109 for me aside also new. Bill is a terrific person and a good contact for finding new Cox items. Bill is a member here on the forum and always a smile on his face.

Bill/Ken, Do you ever have sellers remorse?

There are some pretty nice items on those tables that I would have a hard time giving up. Many years ago I sold most of my Cox collection, many new in the box engines along with NOS parts and lot's of other non Cox items. Most bought new in the 50's and 60's.

I wish I had them all back. I haven't sold a thing since.

Bob, I have had to part with a few items over the past year that I didn't really want to part with. I have found that there are some things that one finds to be quite a attraction. I have had some of my planes for 30+ years. I have also acquired a large collection of planes and engines from a former club member. There's just not enough room for all this stuff and planes take up a lot of space. Engines are a different scenario only occupying drawers. Even a profile takes time to build and finish. Control line flyers are pretty much the most frugal of the hobby. This is where I find a little remorse because knowing what it takes to complete this model, the buyer knows this too but is only willing to offer pennies on a dollar for your time. You can't hold onto it forever and I have a lot more kits in the future and others to work with. It's a balance that has to be met somewhere. Answering your question directly, , yes I do feel a bit of remorse but I can say I owned that and or enjoyed it .

Hey Ken,  I was kidding, I did see a lot of people I know.  I fixed up Dan B with the Dynamic Models version of the self a banking spinner.  Sellers Remorse?  Maybe 3 times.  In 1969 I wanted to get a Heathkit GD 19 prop kit.  Newly married, new house, and everything else, the money wasn't there.  So I built an Aeromaster bipe to sell at Toledo.  It was light, straight, true, and had a very nice silk and dope finish..  It sold right away and I got my Heathkit, but I nearly cried when I sold that plane. 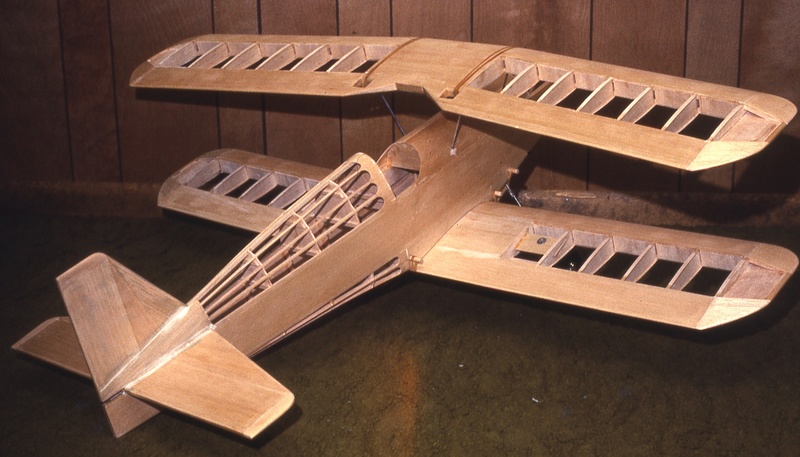 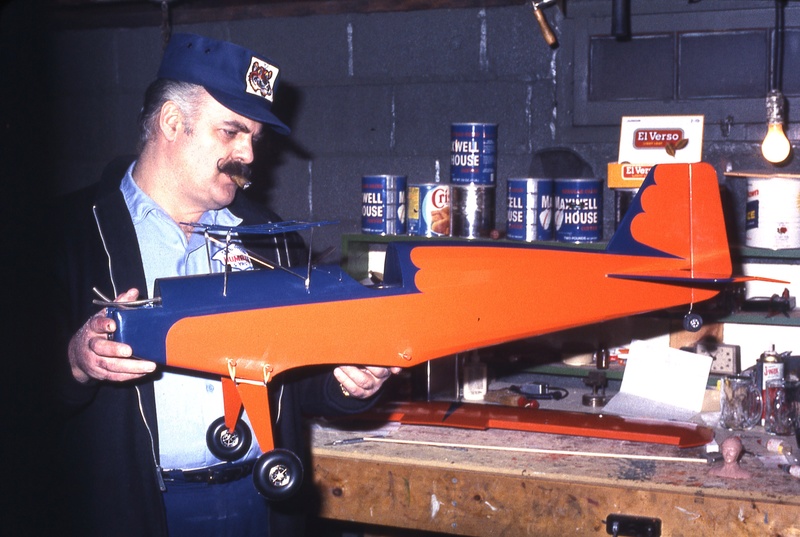 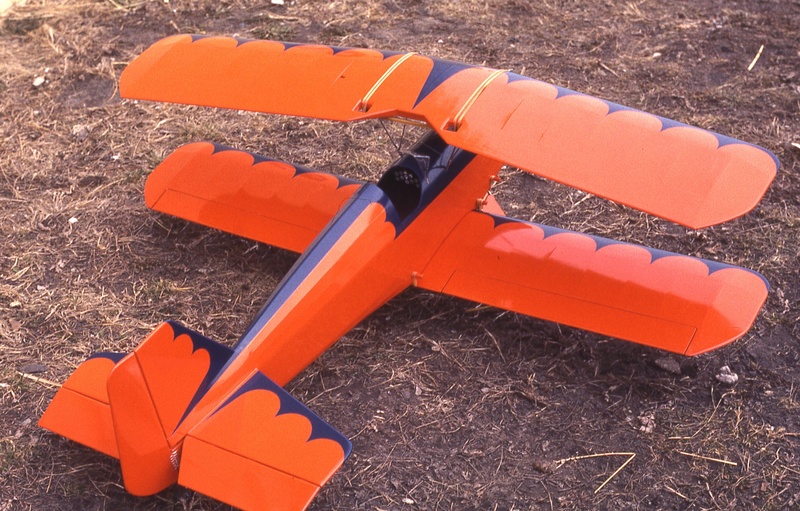 In 1969 I bought my first new car, a Dodge Charger, 383 hi performance, red, black vinyl top, buckets, factory steel wheels, duals.  I put it into a garage around 1974.  Around 1984, I was getting a new Chrysler Laser turbo and wanted to garage it.  I figured I could always go down south and get another Charger, so I sold it to get the garage space.  BAD movE.

Finally, around 1999, I was way to busy with work to build and fly.  I wanted to stay in the hobby, and had a lot of engines (I never got rid of any), so I formally became an engine collector.  On Isky's old forum, George Aldrich told about using antifreeze to clean engines.  I tried it on an old FOX 35.  It worked so well I started restoring my old engines en masses.  I came across a can of truly miscellaneous engines, had no idea when or where I got them, and cleaned them.  Amongst them was a sweet little FUGI .099 that came out about perfect.

A little later, I decided to specialize in just Foxes, so I started selling any others I had to get more Foxes.  And yes, the Fuji went back to Japan via EBAY.  I've never seen another just like it and really wish I still had It! 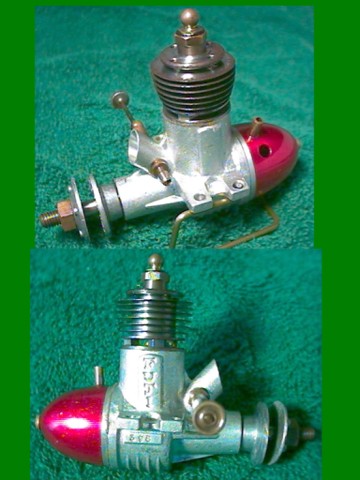 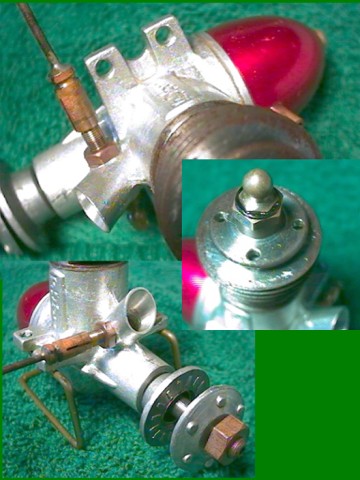 That is a lot of really nice stuff there GWILLIEFOX !! Would need a CC to get out alive !! lol Talking about remorse i got some of that and maybe going to have some more , to me it owning and the Looking , waiting bidding , loosing Looking waiting then you get it admire and put it up too admire anytime you want !! I am squatting over getting rid of a Med..049 barrel muffler one now w/tank mount ,one just sold on the bay for $137.00

and that .15 same thing i let go i kick myself Often!!

I wish I had the $ to travel. Lord knows I have the time. I would SoOo like to meet any of you fine people... and see or hear about your models.. and your experience with them. Thanks for sharing some photos Bill!

Bill, my son Shawn and I just like to look over your case of Fox's. You have some nice engines in there, just too cool. I did see some real neat items. The auction at the end always amazes me. 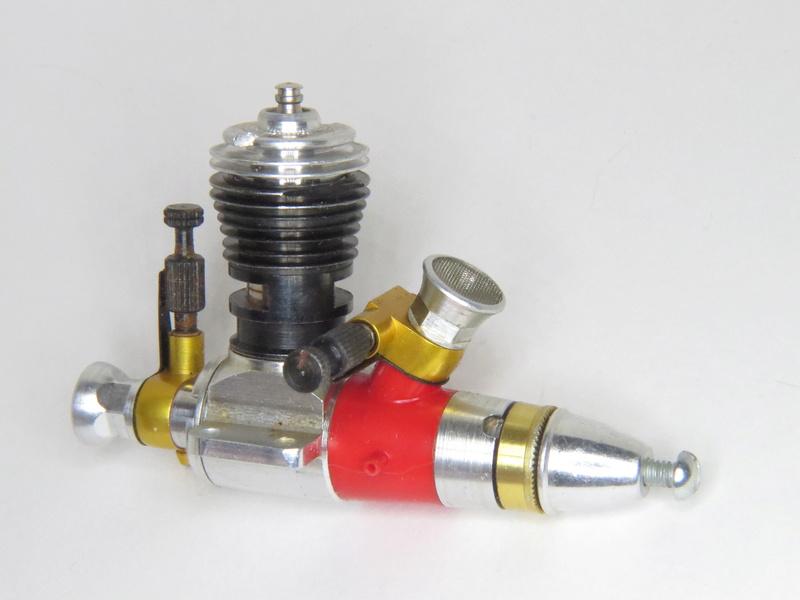 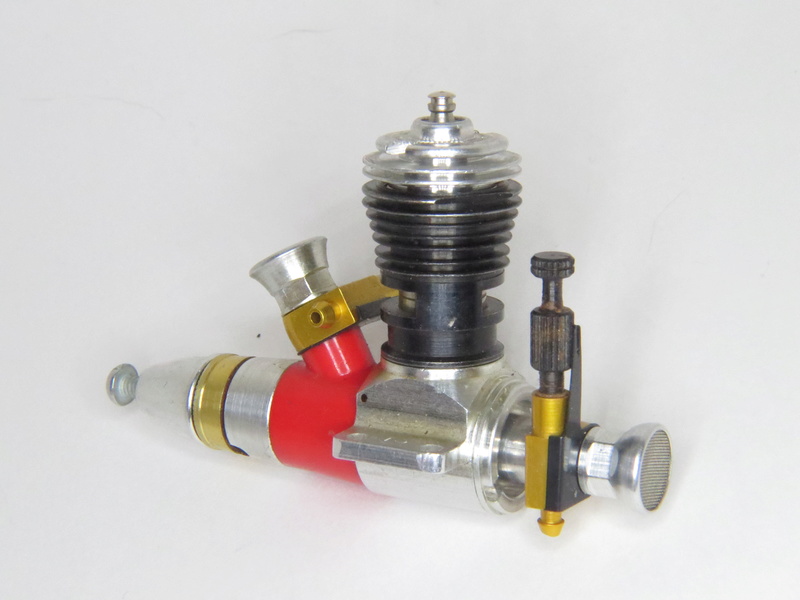 Sorry if I ask a question in which everyone knows the answer, but in my case, I really do not know about these "fairs" or exchange meetings.
I would like to know in this case, where it was made, (city and country), simply to be informed and not know half of this type of events.
Also, if there are more photos, I will thank you for uploading them, I would like to participate, but the physical distance is impossible, anyway, it is beautiful for me to attend "in some way" in this way, through the forum.
Thanks for sharing those photos and stories ....

GWILLIEFOX wrote:I had a Cox in the case, too.

MauricioB wrote:Sorry if I ask a question in which everyone knows the answer, but in my case, I really do not know about these "fairs" or exchange meetings.
I would like to know in this case, where it was made, (city and country), simply to be informed and not know half of this type of events.
Also, if there are more photos, I will thank you for uploading them, I would like to participate, but the physical distance is impossible, anyway, it is beautiful for me to attend "in some way" in this way, through the forum.
Thanks for sharing those photos and stories ....

Mauricio - It would be wonderful if you could attend on of the "swap Meets" or "Fairs.  The one in this thread was sponsored by GSCB also known as " Garden State Circle Burners" and look to be well attended
http://circleburners.wixsite.com/circleburners/events

. These events are normally sponsored by a Local RC or Flying Club as a Fund Raiser to help promote the club activities. once you've gone  to one, you'll want to go to more!   the biggest one near me is in Ohio, sponsored by Toledo Weak Signals Club.

I did not take many pictures of the last one I attended, as I was too busy looking at all the items for sale!

Here are two pictures that were on my cell phone; 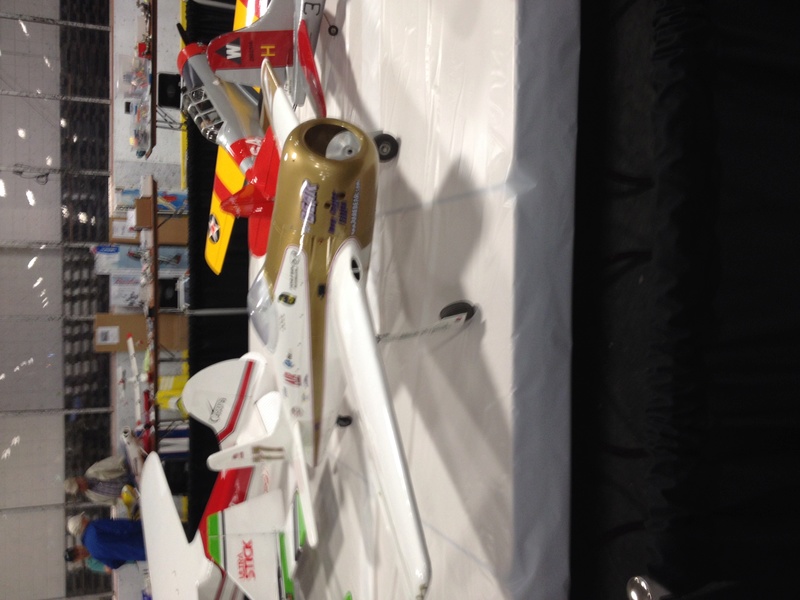 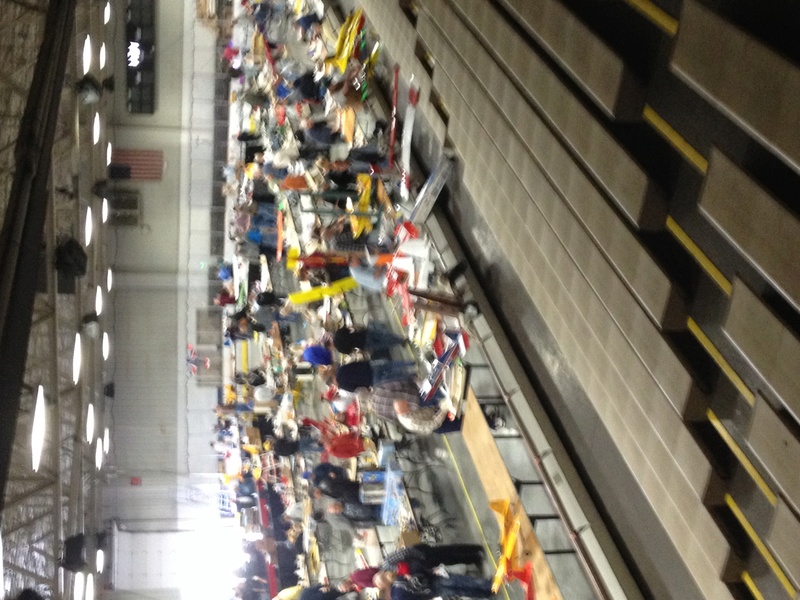 Friend, thank you for providing that information.
I think if I could attend I would be shocked and someone should throw a bucket of cold water to wake me up ... I have seen many articles only in old magazines and now I can enjoy them thanks to the internet and the willingness of many of you to provide such valuable photos. !
I would love to attend, but before, I would like to know the land of the USA, maybe in a year I will do it and of course I will warn you, I do not know anyone there and I would be lost ... despite living so far away, I feel that I am somehow part of ….who knows why!?
Thank you for placing photos, if it were not for those stories and photos, I would have no way to access something so cute! 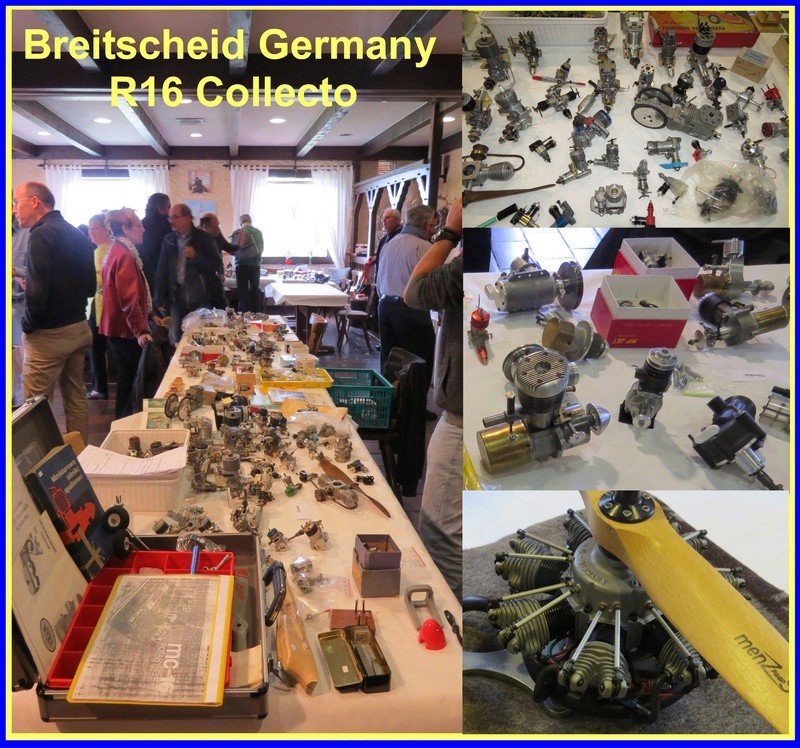 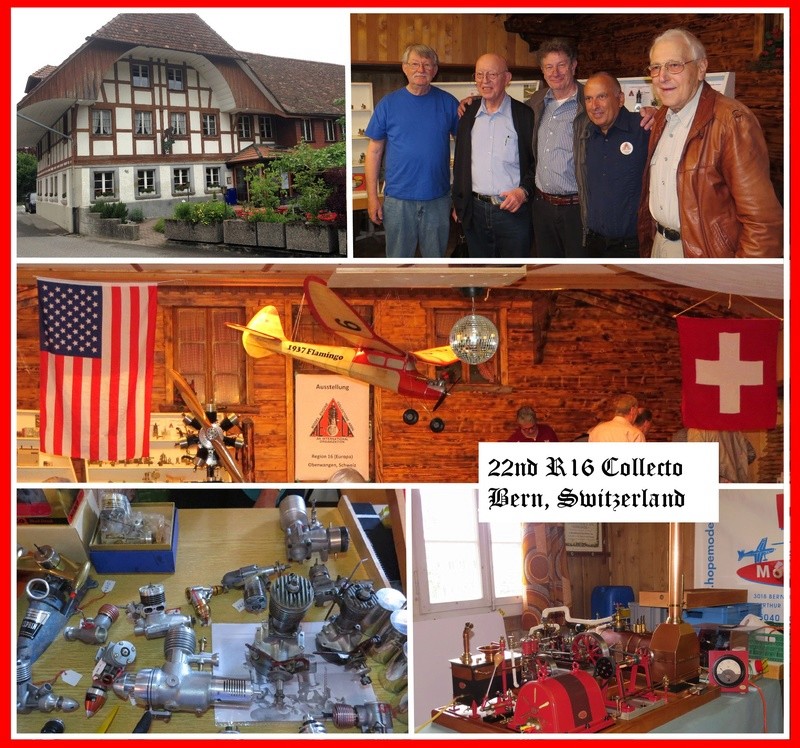 Mauricio, One of these might be closer to you.  Germany is every September, Switzerland every June

GWILLIEFOX:
Thanks for those photos and news. Well, I live in Argentina, so for now, thanks to you, the way to "participate" is through this forum and the information that you kindly place here.
Surely there, in addition to the exhibition of so many elements of hobby, the long talks and anecdotes full of stories, are part of the great treasure of living something like this personally.
Simply Great! 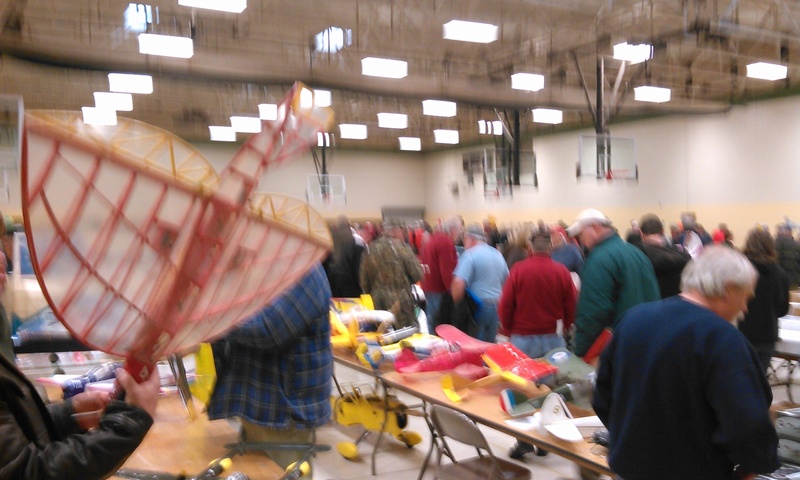 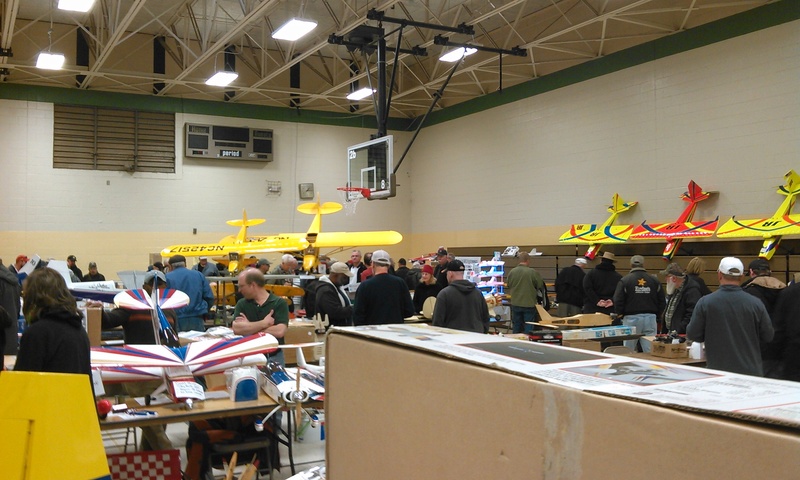 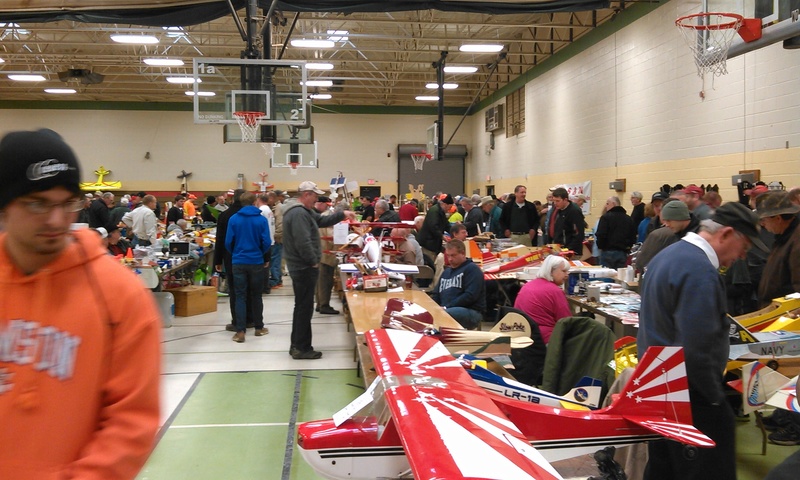 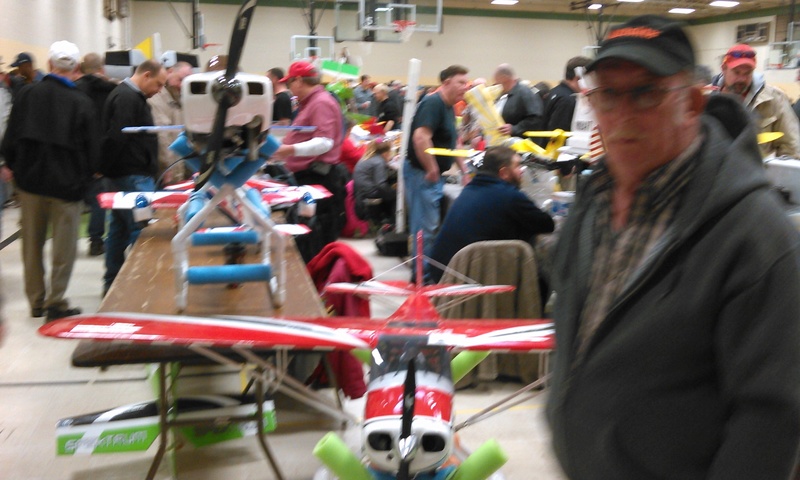 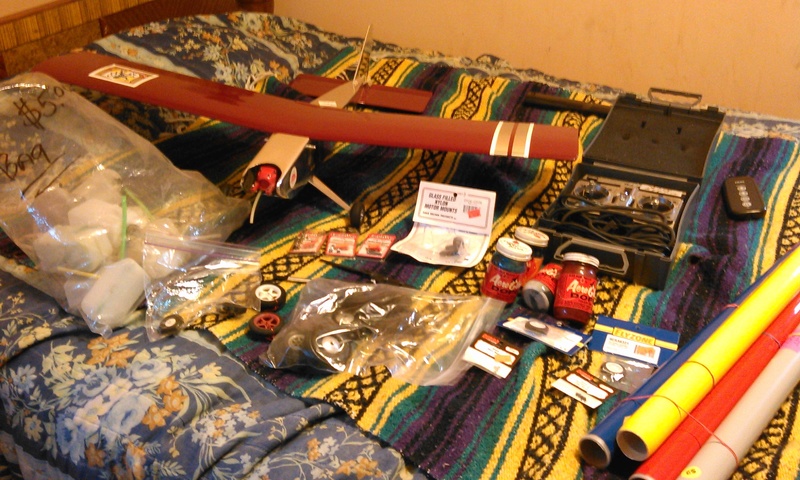 The Haul from few years ago , this show was 15-20miles from home.

I have had some buyers remorse over the years but a back in gear now collecting, I have leads on several large collections but the prices must be right, hopefully the prices will drop off sooner than later. EBay seems to have brainwashed everyone.

Does anybody know if such an engine actually ran reasonably? Cheers, Paul

GWILLIEFOX wrote:I had a Cox in the case, too.