So...sometimes one just falls in your lap....

So...sometimes one just falls in your lap....

Last month, my brother AJ bought out part of an estate through the mechanic that maintains his Ercoupe. Some of it included a couple R/C model airplanes and a bunch of equipment that he thought I might use.

He does some fairly high-dollar impulse buying from time to time, but this was the first time one of his impulses was aimed at me.  I think it might also have been a gesture of appreciation toward the guy that helps him keep his "Pesky Coupe" flying.

Anyway, the last item was this still-wrapped PT that, I guess, is late 80's vintage.   Someone marked it as: '1/2 price $20', with an unreadable price tag stuck to it's side.
It's gonna stay in it's box for the time-being, rather than my trying to park another PT among the bunch that I'll gradually collected.

I haven't done a dedicated project for St. Jude Children Hospital in a while, so I may try to raffle or auction it for a 100% donation toward those folks at some point in the future. 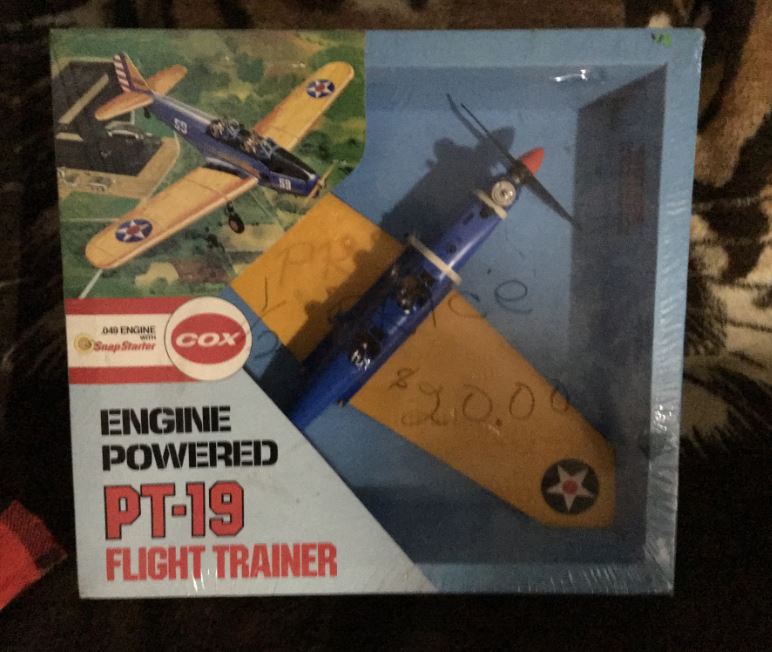 Now, if a Testors Single Channel 'Skyhawk' will just fall from the sky...

Couldn't have landed in a better lap. The St. Jude's idea is great!