You gotta be kidding me!

You gotta be kidding me!

I decided that I need an incidence meter so that I can ensure I get the engine, wing, and tail of my larger planes at 0-0-0 when I build.  So I went online to buy one.  I checked Tower and they had the Robart incidence meter (https://www.towerhobbies.com/cgi-bin/wti0001p?&I=LXET66).  $36.99 plus shipping, when it gets off of back order.  Checking Horizon showed the E-Flight incidence meter (https://www.horizonhobby.com/anglepro-ii-5-in-1-digital-throw-incidence-meter-efla280).  $59.99 plus shipping, but at least it was in stock.  Ridiculous.

So, I decided to draw out my own and build it.  I jotted down some numbers and then took a $2.00 stick of 3/8” x 36” spruce and some scrap ply from the junk box to make my own.  The spruce piece was cut to make a 24” stick that the two plates will slide on.  The stick will be sandwiched top and bottom by two 6” pieces of spruce cut from the stick and glued to the scrap plywood plate.  Here’s the drawing and the ply plate with lines sketched on it. 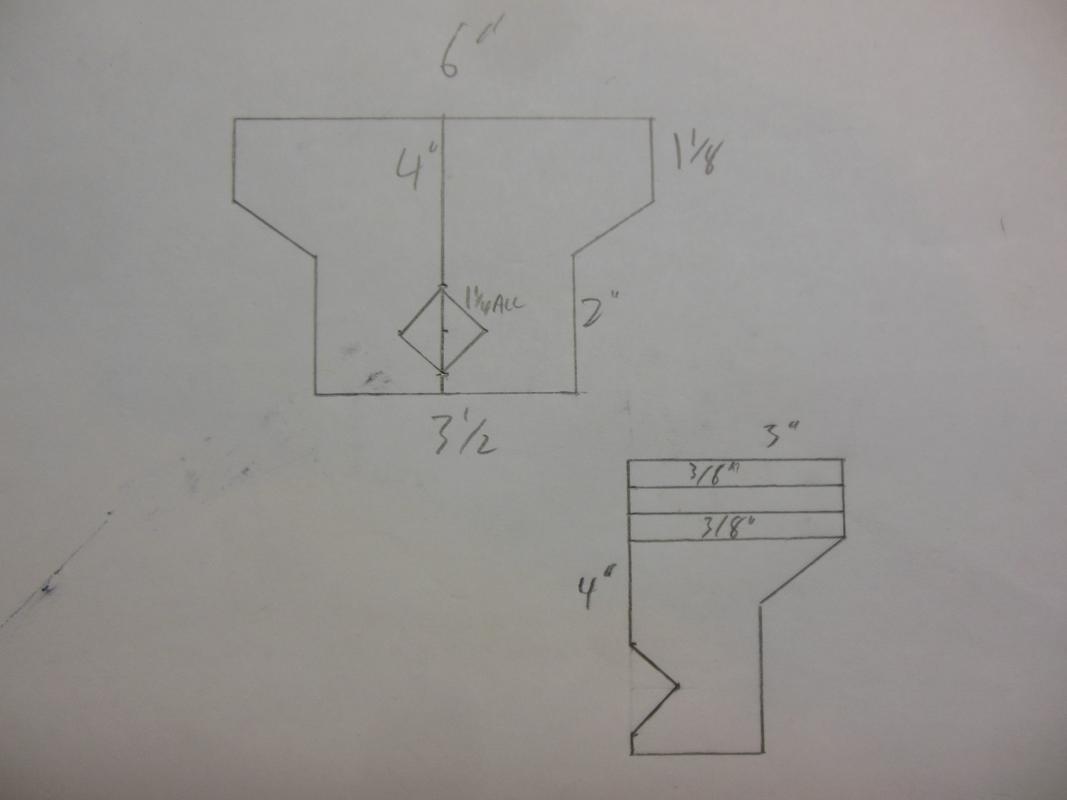 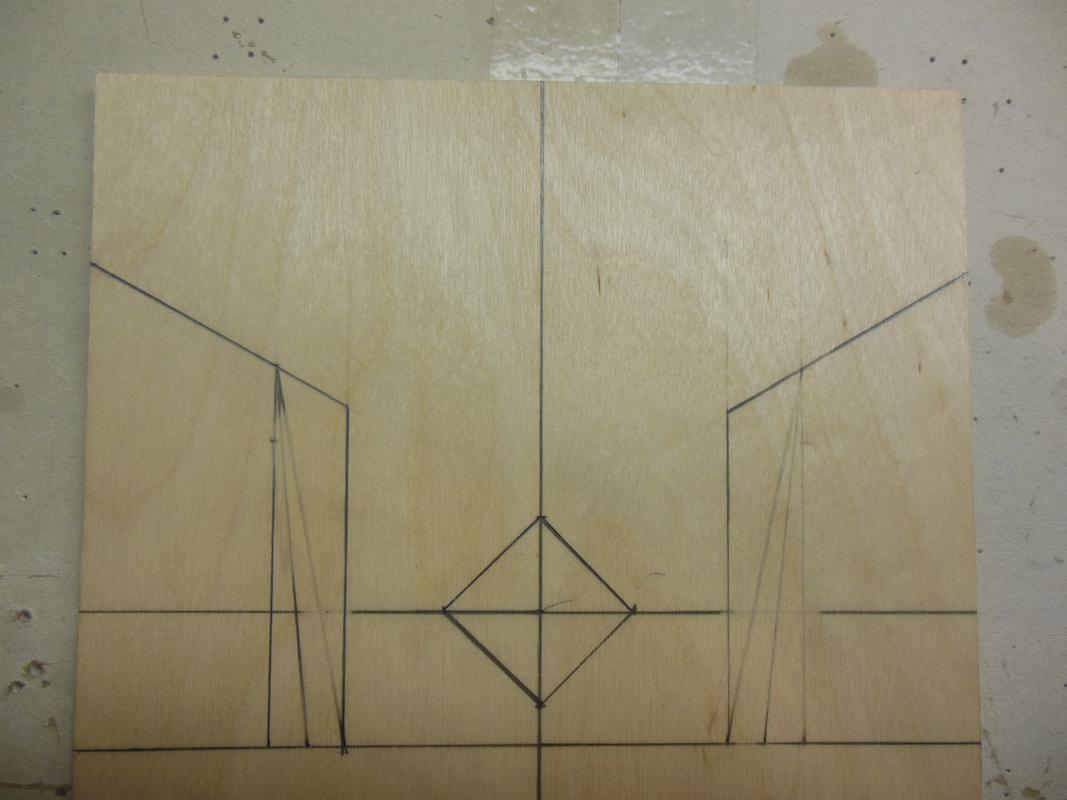 Here, the top piece of spruce is glued to the top of the meter plate. 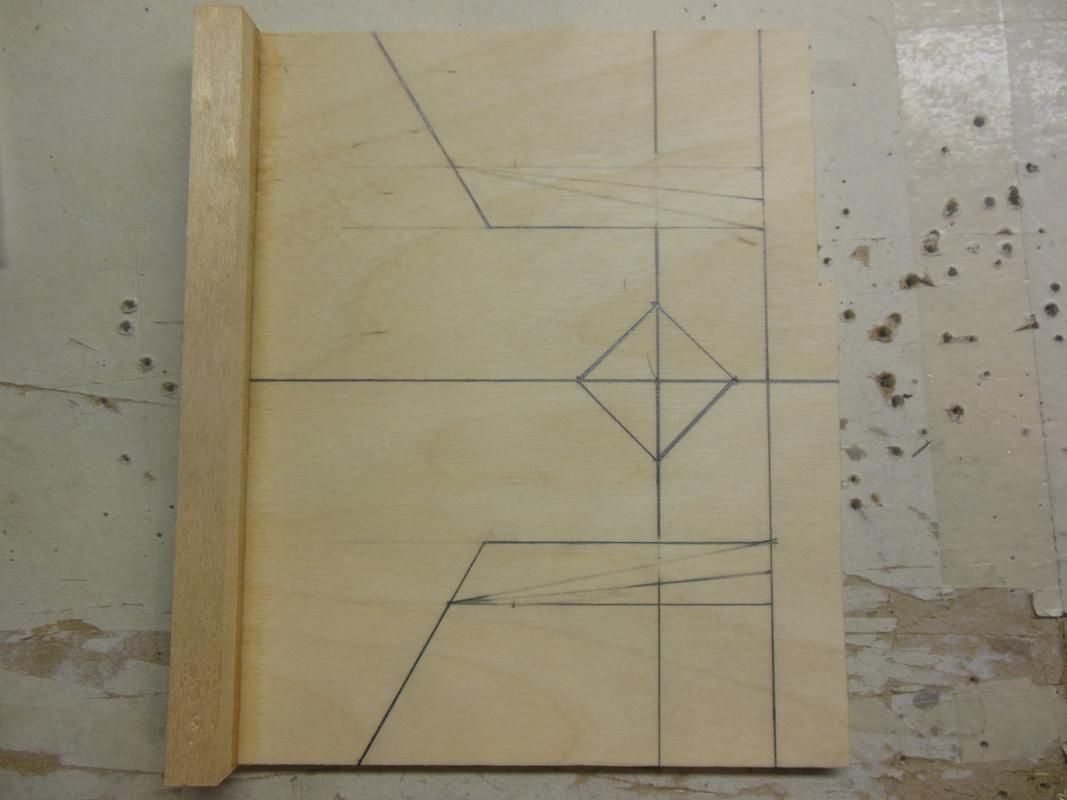 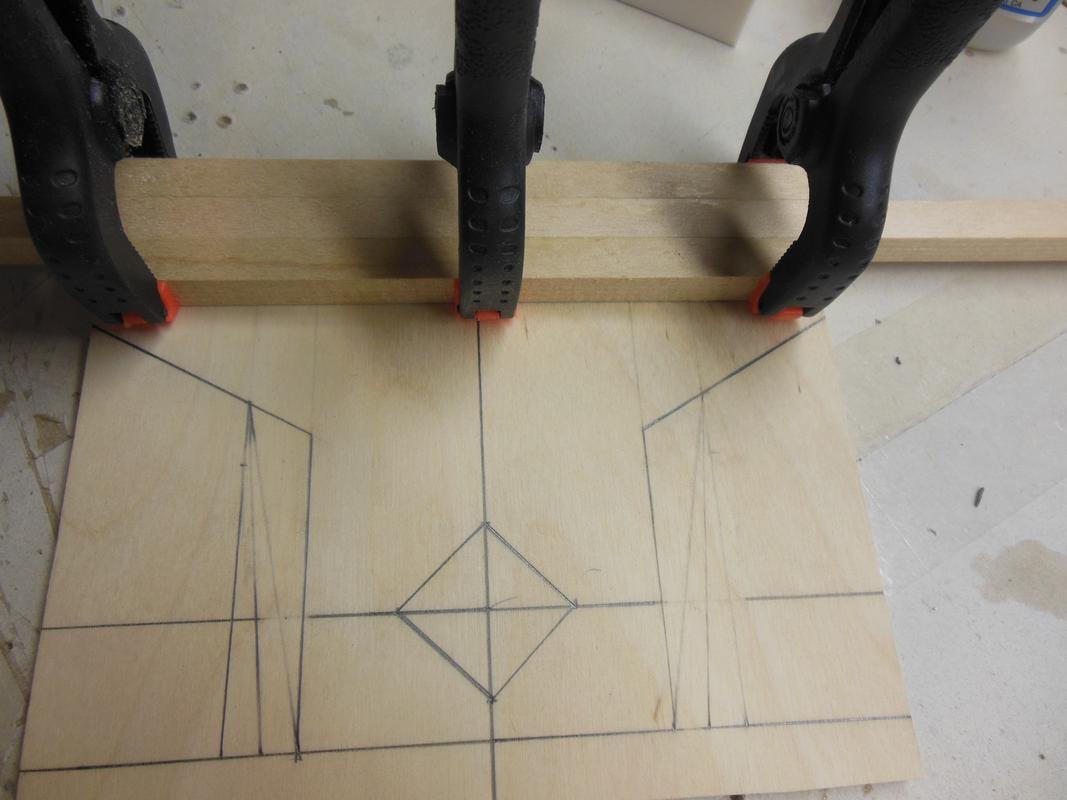 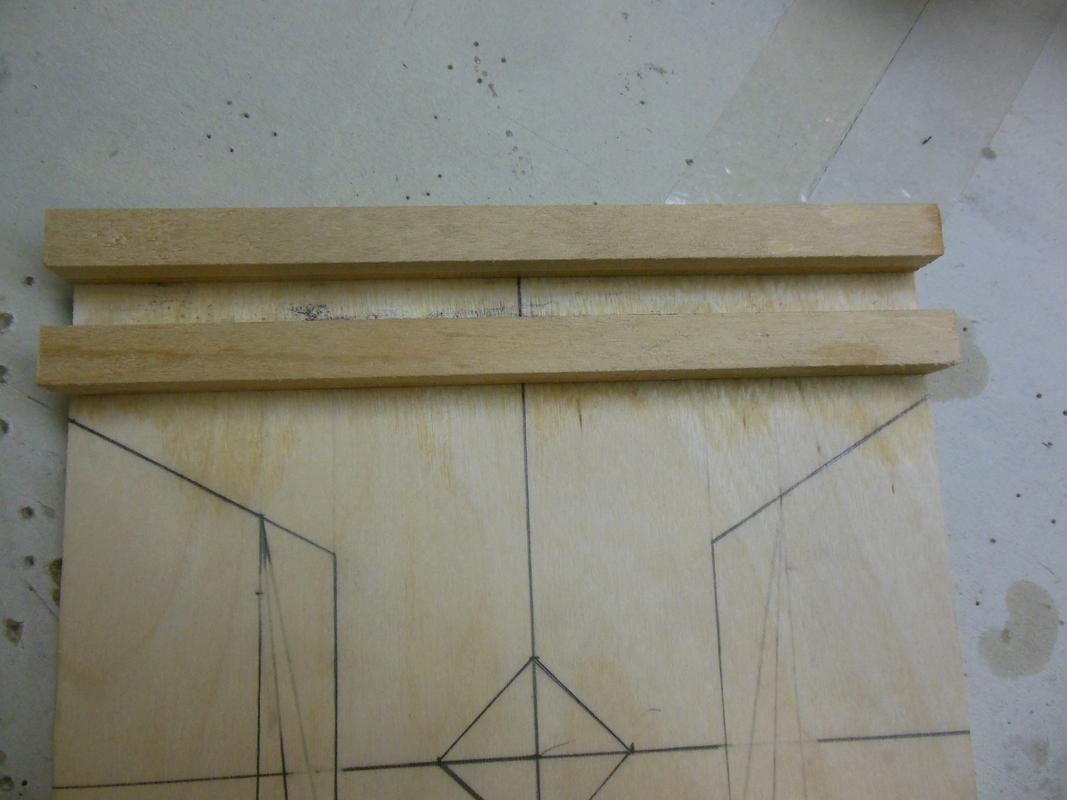 Next, I sawed down the middle at the top and bottom to prepare for the final piece being glued on and getting ready to separate the two halves. 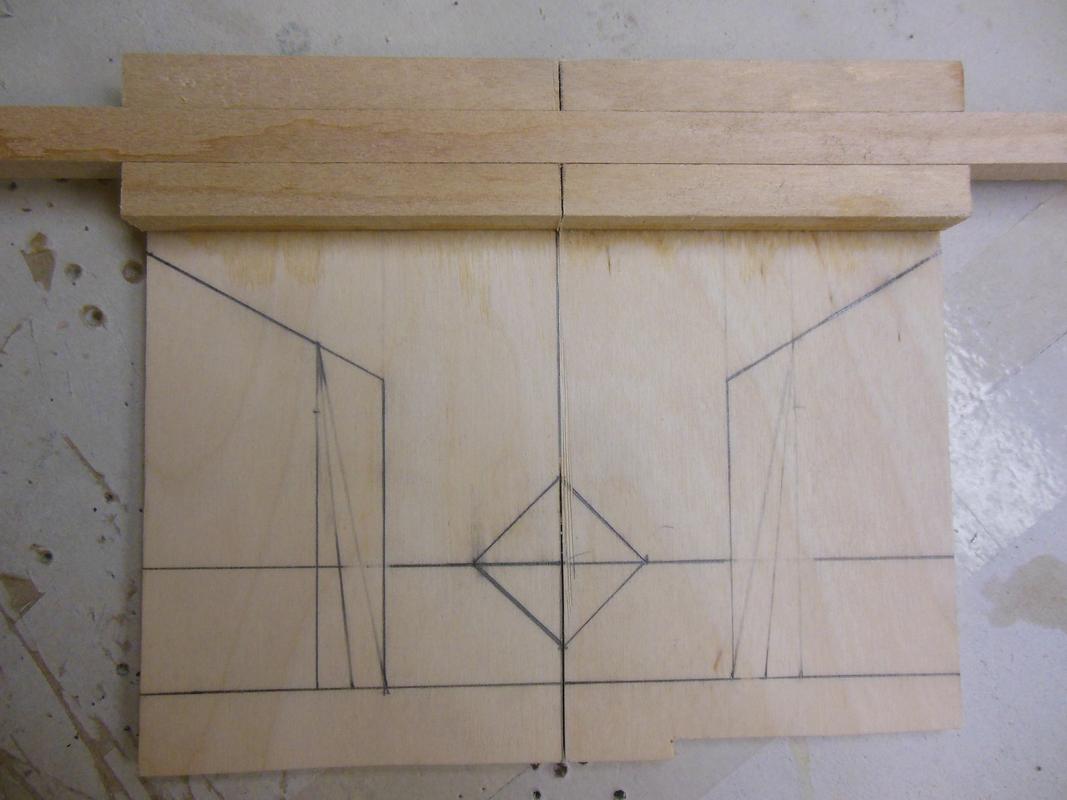 And the final piece of ply glued on top to close out the box section that will slide on the 24” piece of spruce. 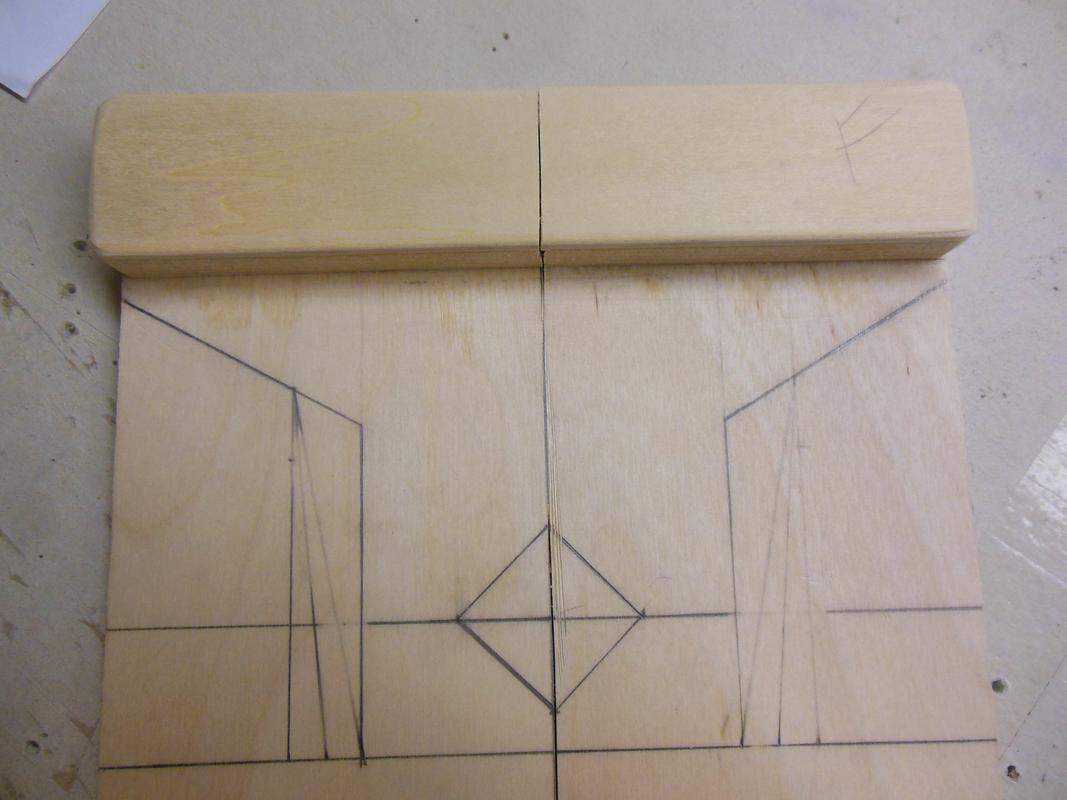 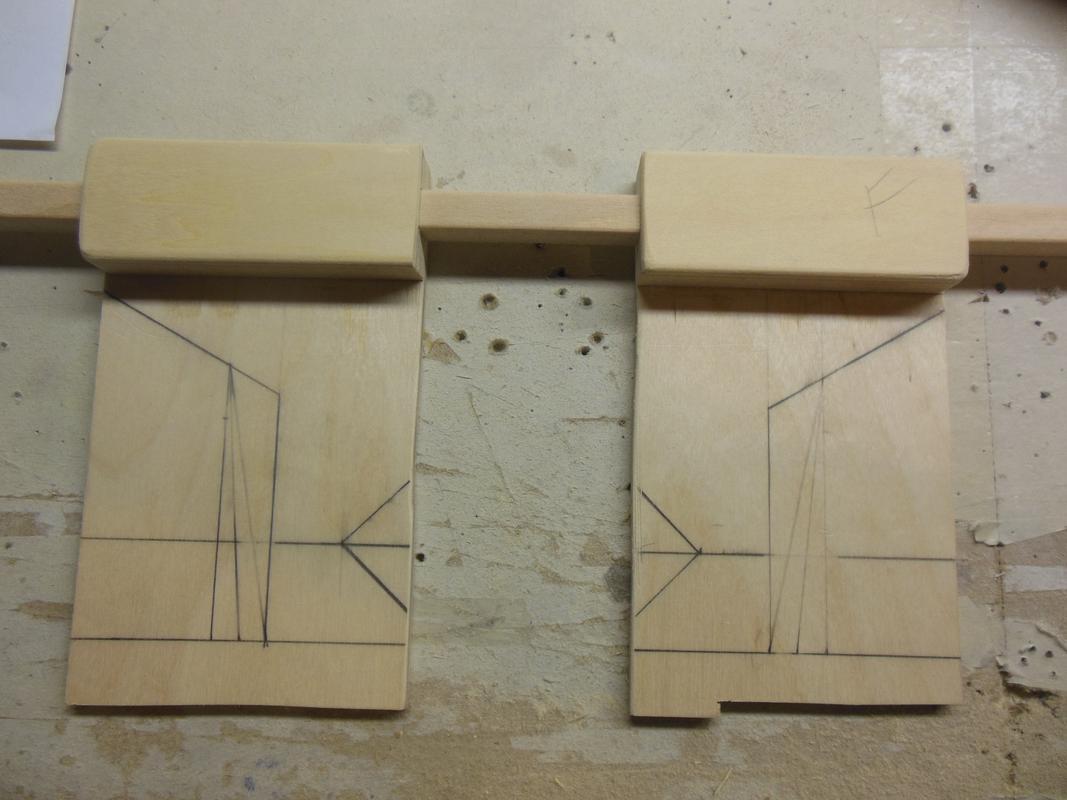 Next a couple of bubble levels from the Dollar Store.  One removed from the plastic housing and glued to the 24” spruce stick, and the other alongside to verify they are level with each other. 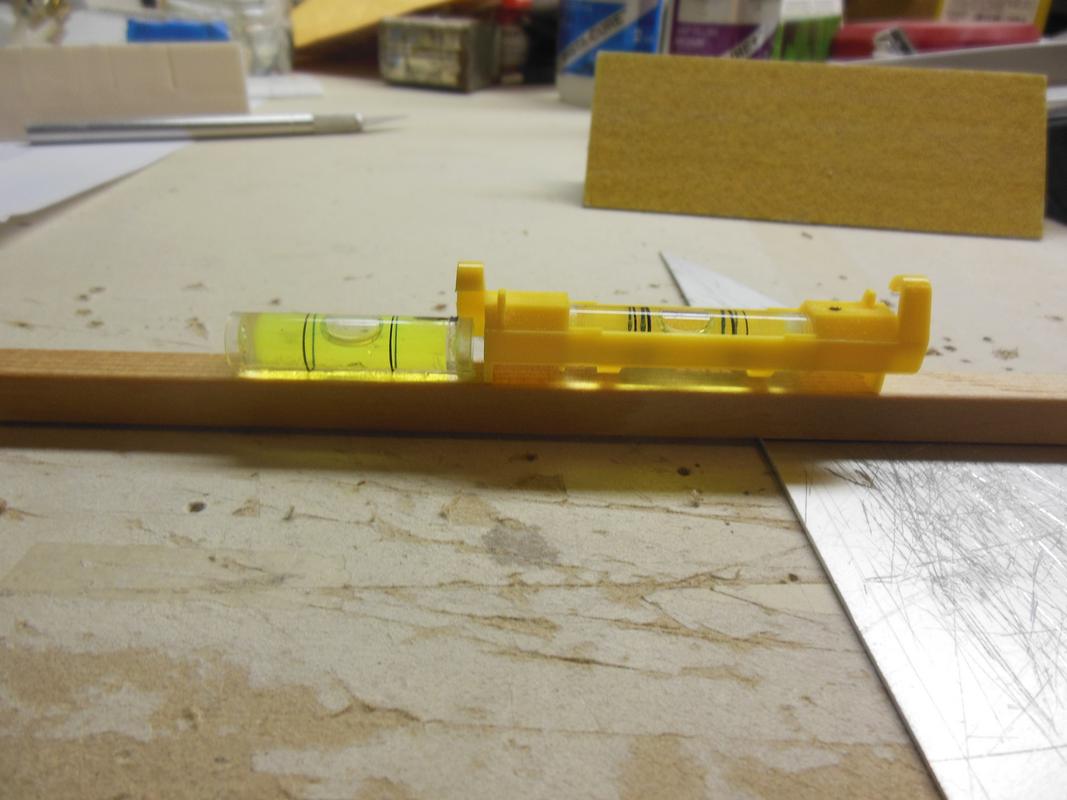 And the two slide pieces after sanding to shape and coating with a layer of thin CA for a finish.  I can clamp a wing with a wing chord of up to 26” 21".  Somehow I doubt I’ll ever need that much.  I’m figuring a probable max of 10” at most. 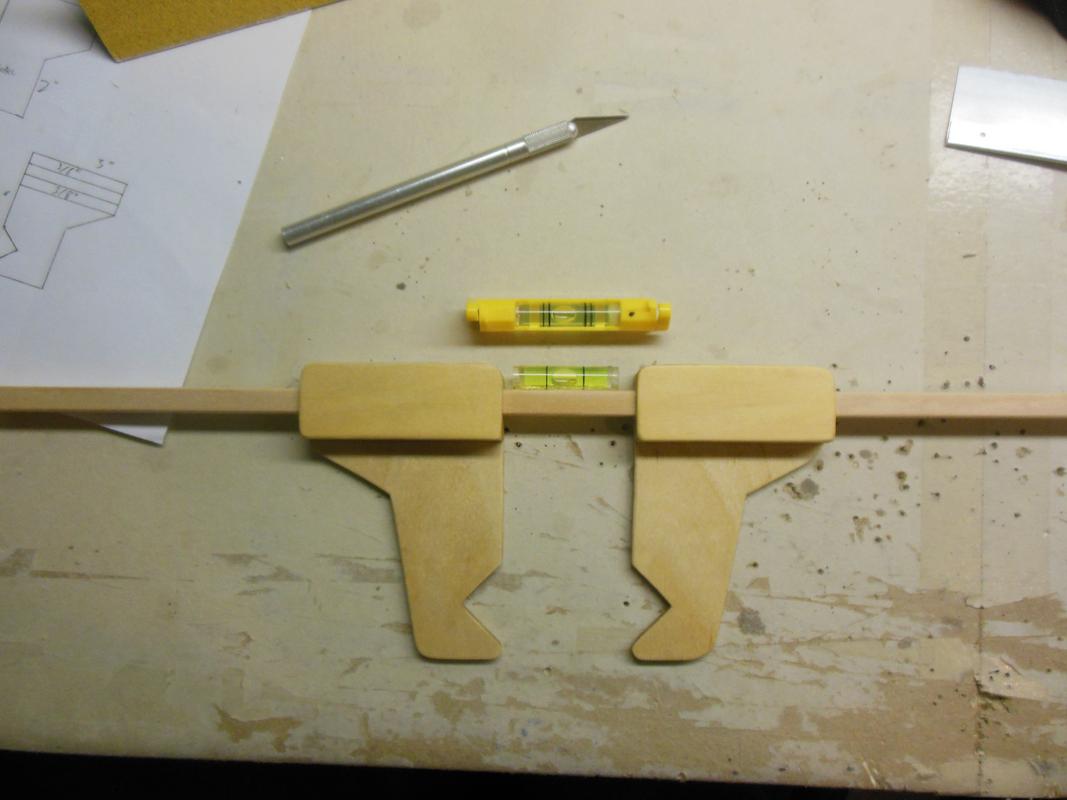 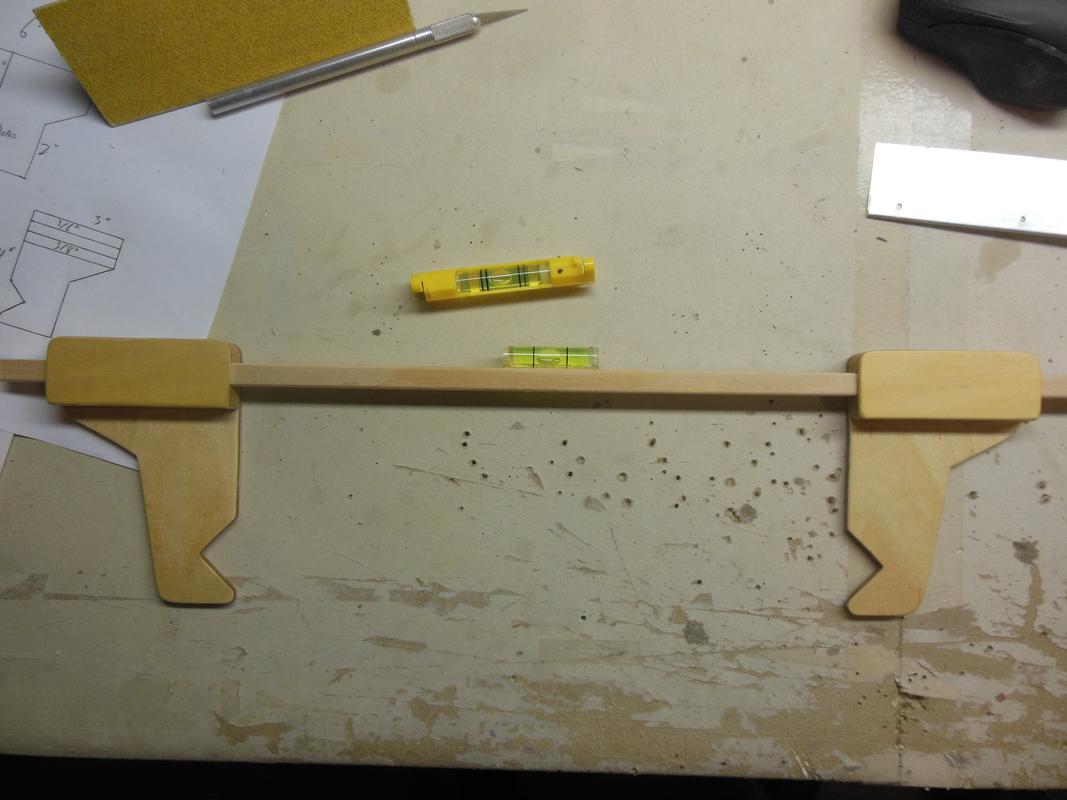 Total cost was about $5.00 for the project using scrap and Dollar Store components and about three hours of time.

"Total cost was about $5.00 for the project using scrap and Dollar Store components and about three hours of time. "

Plus the pride of making up some gear that works just as well/better than the expensive stuff!

Nice job Mark , i got one of those about to many years ago , i think it was 19.95 at the time haven't used it in a while .. Hope i can still find all of it cause i will bee needing it soon !

You’re right up there in inspirational Modeler of Modelers. Great idea, great tool, saving money and expanding your skills and craftsmanship all at the same time. I salute you!

great minds think alike, this is from the stunt days of twenty years ago... 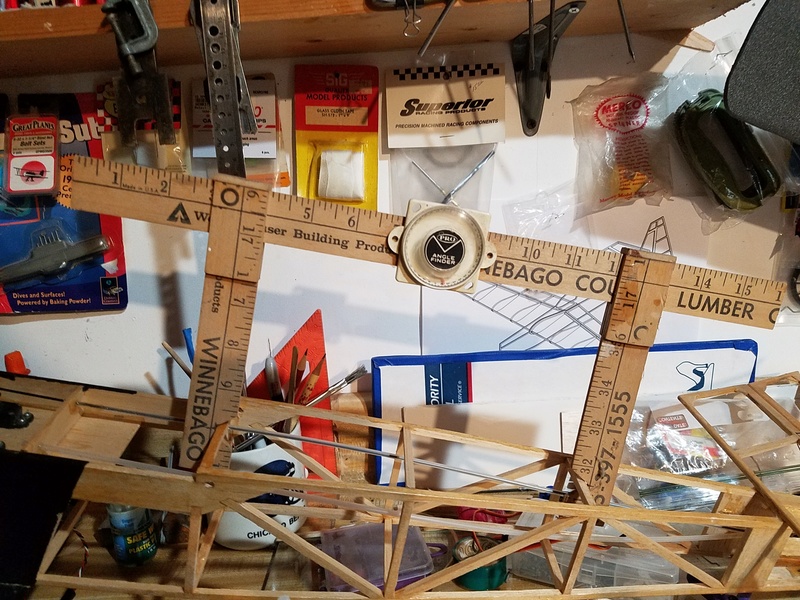 @Mark Boesen wrote:great minds think alike, this is from the stunt days of twenty years ago...

Cool meter. Great improvisation. I didn't care about angle, just that everything is in line. Good use of the angle meter.

The last part I need to make this a set.  I took a length of 2” aluminum angle and cut off a 1” section.  I dressed up the edges and the corners, and then I took a uni-bit and drilled a hole in one leg sized for the engine shaft.  I ensured there was room for my line level to butt up against the corner.  I used a triangle to make sure the angle is square, as I’ve gotten aluminum angle that wasn’t completely at 90 degrees. 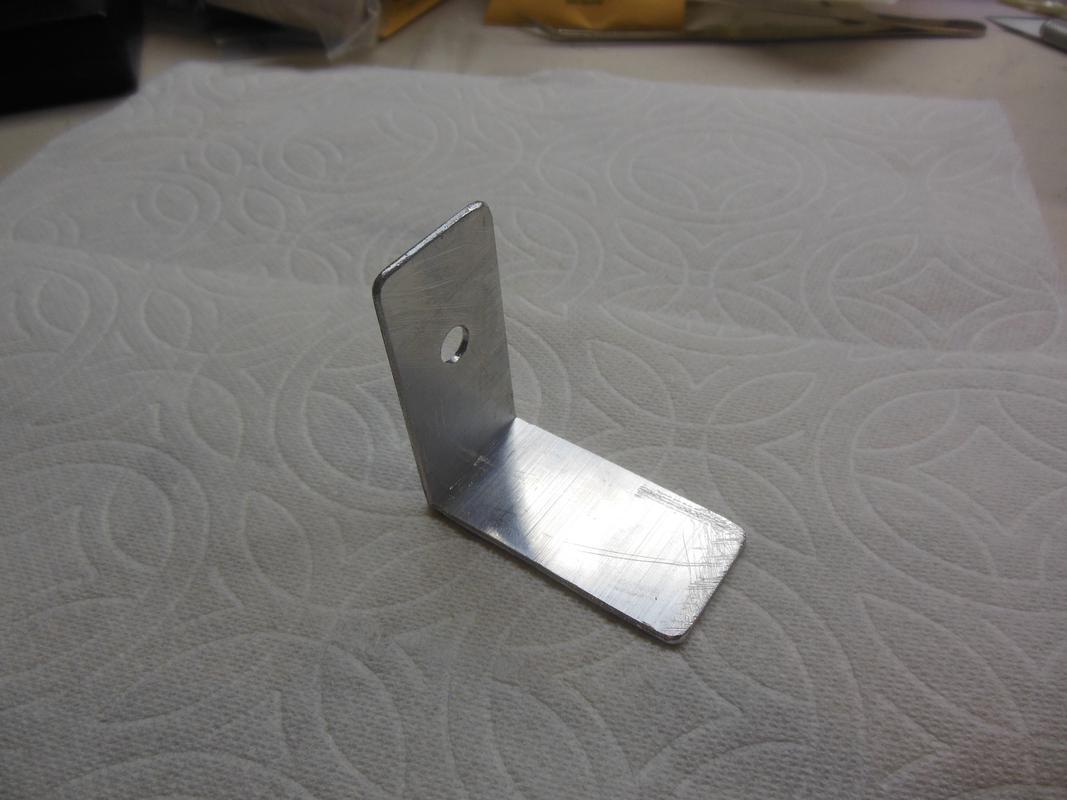 I then sandwiched the angle piece between the prop hub and the prop, and put the line level on the bottom of the angle.  I put the wing incidence meter on the wing at the root and raised the tail until the wing incidence was level, and then checked the engine to see that it is level with respect to the wing giving me a 0-0-0 alignment of the stab-wing-engine thrust line. 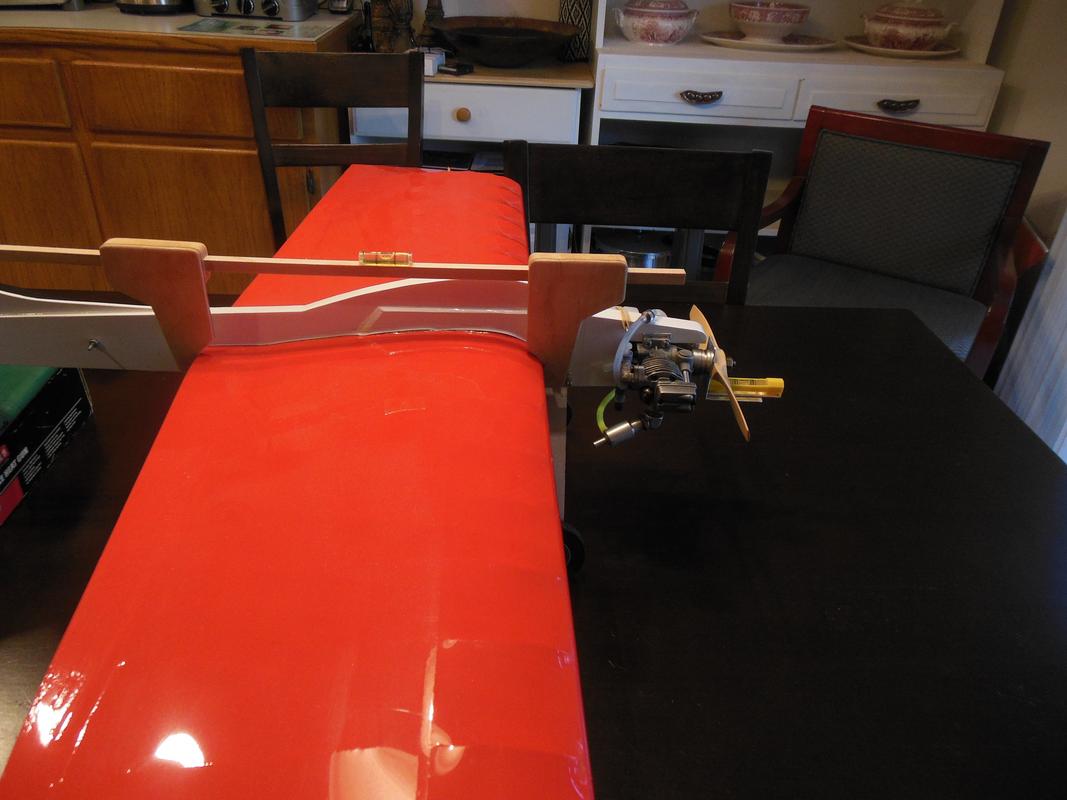 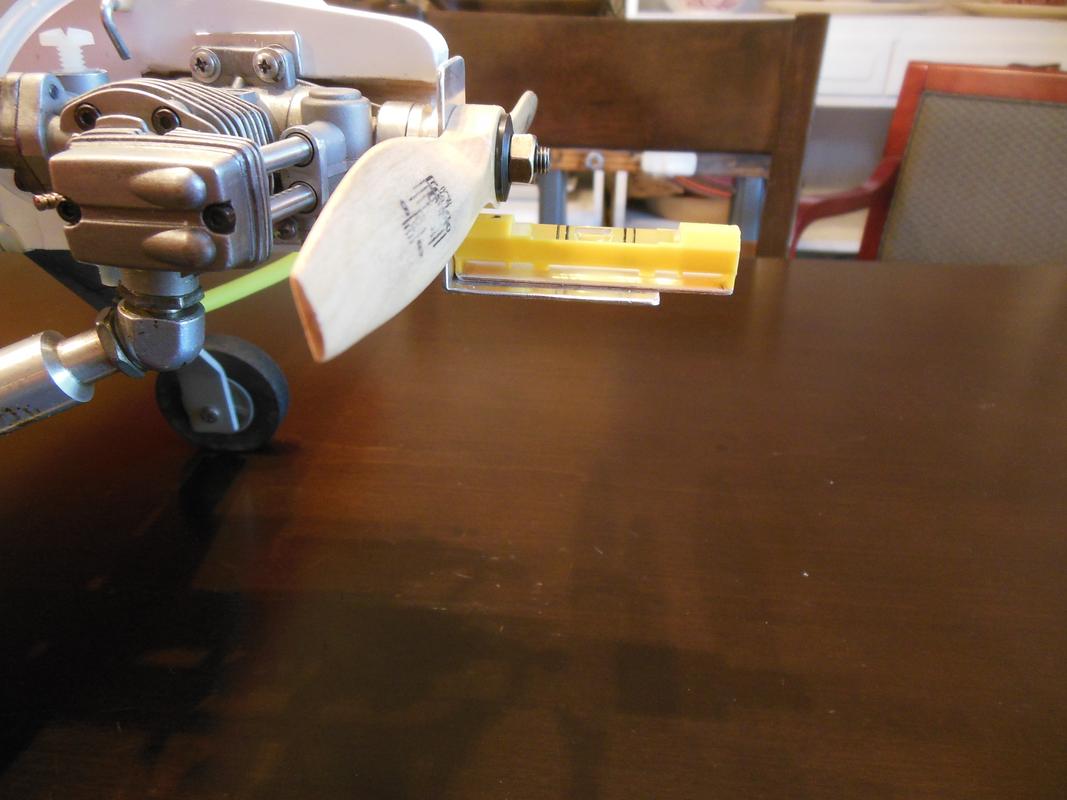