Have a blessed Memorial Day (US), as we remember those who paid the ultimate price for freedom.

GREAT STUFF George! Thanks for sharing!

Great story Thanks for posting

George,
Thanks for sharing the video !!!
I've seen SR-71 static displays at Warner Robbins AFB, GA, Birmingham, AL, Richmond, VA, and Wright-Patterson AFB, Dayton, OH.
The only one at speed I ever saw was in 1967 while at AF tech school at Chanute AFB, in Beautiful Rantoul, IL.
We were told about a new interceptor the AF just announced called the A-12 a few weeks earlier and then we were told of a flyover that we could see. ( BTW the A-12 was the original single seat version before the two seat SR-71)
A cold winter day, blue sky, with unlimited ceiling and we a saw an 707 airliner at about 40,000 ft heading west and at first we thought that was it.
Then much, much higher we saw the A-12 go from horizon to horizon in about 30 seconds !!!!!!
Could only imagine the pilots view trucking along at Mach 3 at 9 angels high !!!!!!!
Great vid !!!!
Steve...……...

You're all welcome, Roddie, Fred and Steve. I got a kick out of it because it was with a good sense of humor. I saw the SR-71 when I was in Okinawa 12 years ago. Would see one occasionally at Kadena Air Base, where I worked. Everything was so hush hush at that base, that I got more information on buildings from Google Maps.

I was a supervisor in charge of one of the largest contracted building utilities programs in the Air Force. I started feeling like that SR-71 pilot, when I transferred to the Army Corps of Engineers, and became the construction project engineer over a $39 million new 20 acre elementary boarding school campus on the Navajo Reservation, a 2 year construction project, even included roadwork and large storm drainage canal. We raised the land some 15 feet in places to level it and improve drainage on what used to be a swamp area. Largest monthly contractor payment I approved was for $4.2 million.

I even wore the work title of "Civil Engineer". Not bad for a guy who graduated with a mechanical engineering degree, started working as an electrical engineer in McDonnell Douglas, Douglas Aircraft structural test laboratories doing test specimen data acquisition and load servo controlling on airframes and assemblies. Then worked for the Navy at Long Beach Naval Shipyard working on 2nd generation CAD equipment from Computervision. Considered cost effective at $115k per seat (but you could do stuff that Autocad dreamed of doing for a while). Also spent some time at now closed Sacramento Air Logistics Center, McClellan AFB, Sacramento as an industrial engineer. Went back to Douglas, even participated in the C-17 Air Loads Calibration Test, where we proofed the prototype fuselage to show it could hold cabin pressure at altitude, and then some.

Watched the 1st flight of the C-17 near the C-17 engineering building across the Long Beach Airport from the main Douglas plant. Test pilot did a slow fly by so a photographer on the roof could get a key shot of the C-17 flying by the huge "Fly DC Jets" neon billboard sign above the Douglas administration building.

Downturn of aerospace, moved to facilities management on the Navajo Reservation, working a short bit with the Bureau of Indian Affairs then transferring to the US Public Health Service, Indian Health Service. Nine years later, privatization hits our department, Public Law 93-638, Indian Self Determination. If the tribe can prove it can manage our programs, Congress authorizes the tribe to take over (we get laid off) and they get a block grant to manage it.

Then returned to Air Force at Cannon AFB as a mechanical engineer. 2005 BRAC hits 5 years later, I apply and move my family to Okinawa for 2 years.

Now, I am retired, the only thing engineering related I do is play my saxophone for the Salvation Army and other charitable venues, ride motorcycles, plus play with model airplanes when I get a chance. Life is tough but someone has to do it.

Glad you're here playing with model with us !

You're welcome, Eric. But in reality, impressive as it may have seemed, I sometimes wondered why I didn't simply stay in the Army Bands, got my 20 years active, then moved on to something else. I've always enjoyed performing music. Get paid as an enlisted musician to do music as an official job was certainly more fun.

Real life SR-71 book author, Orin Humphries of Lynnwood, Washington flew his own designed SR-71 twin Cox Black Widow powered model in the 1/2A profile scale event at the 2018 NW Regionals in Roseberg, Oregon on the weekend.  Note the clever (and necessary) lead out guide that Orin has devised. It flies well! It was one of the many twins seen at his contest. 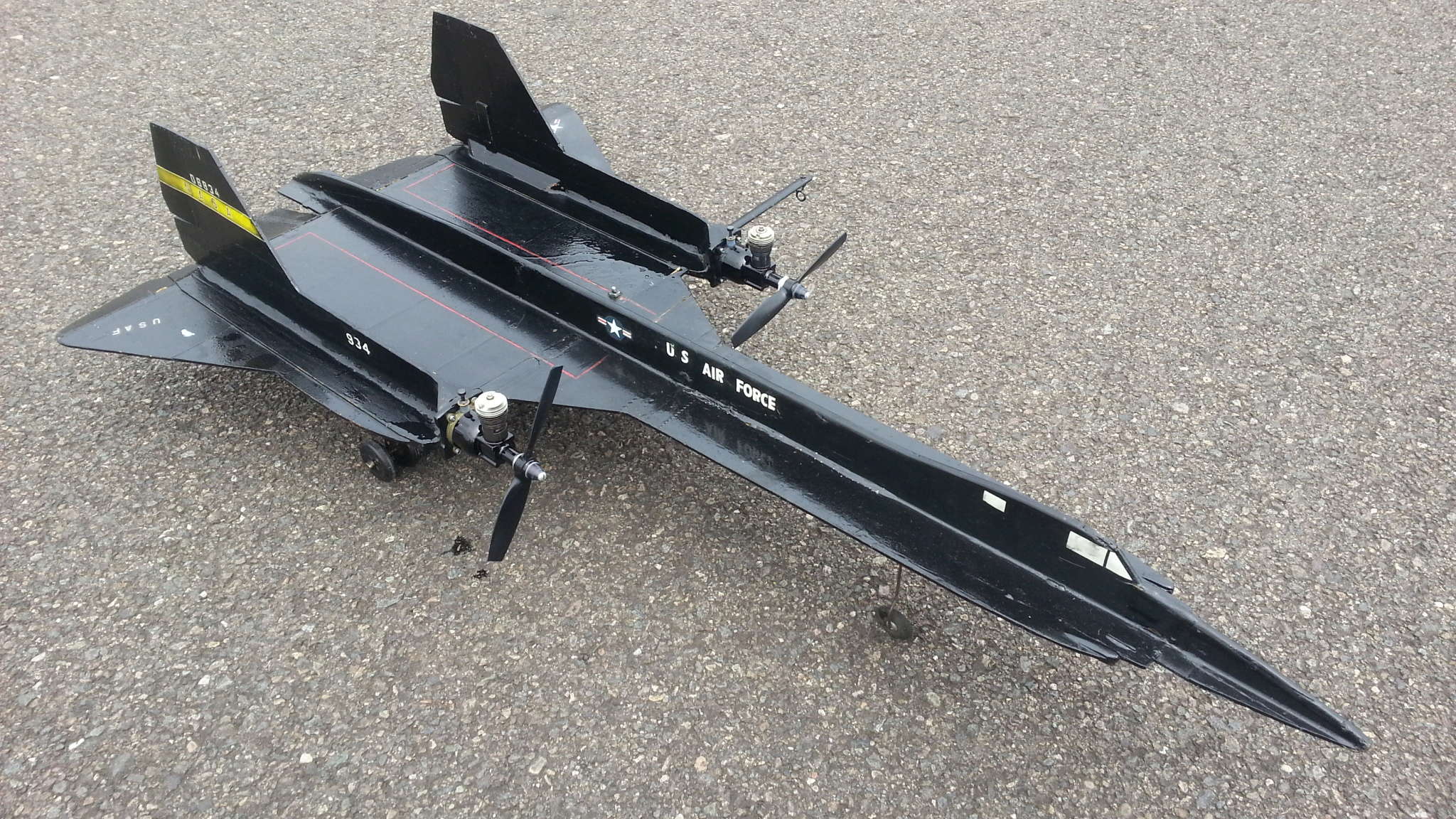 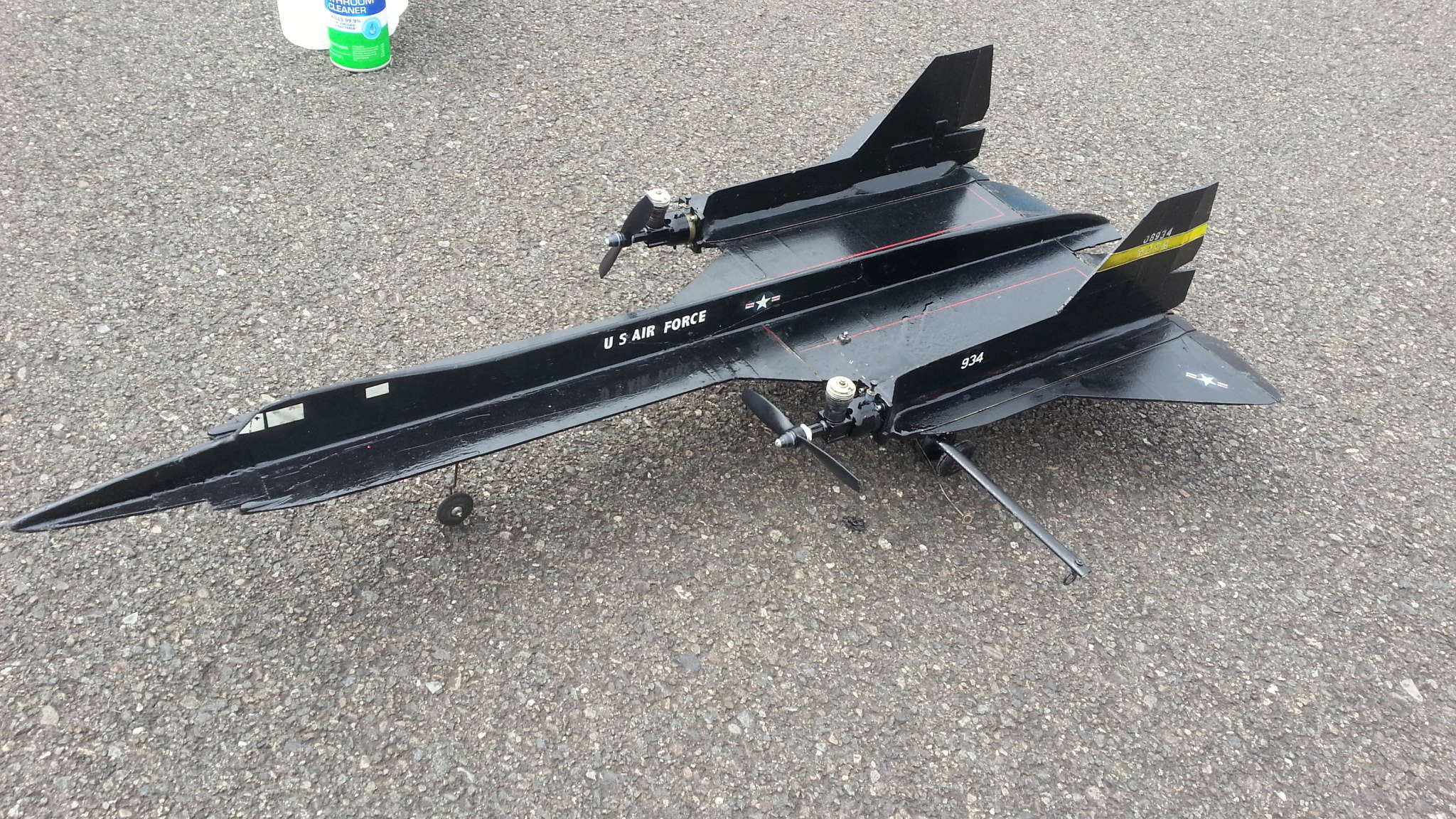 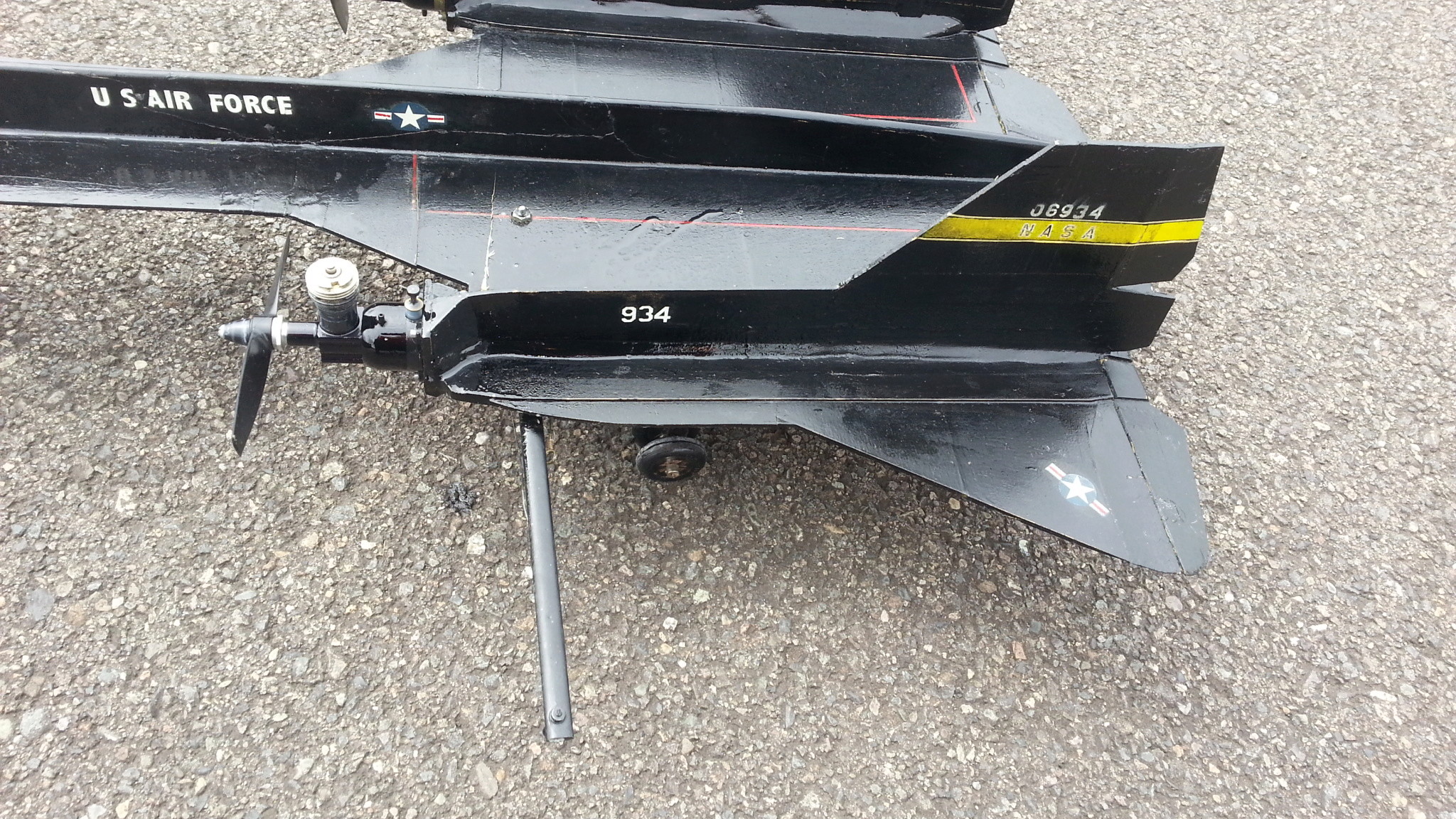 Paul, nice work by your friend on his 3D profile twin Cox reedies SR-71 prop jet. This is one you don't see often. Looks like it may be made of sheet balsa, definitely original.

The Day N Korea Fired A Missile At SR 71 Blackbird.

With the SR-71 retired, one would think that a highest speed manned interceptor was unnecessary, but the war planners in Russia think otherwise:

Differences in philosophy between Russia and US, there is merit to how others think, which may be a turning point in the next major world wide conflict. I gather that the US Fairchild A-10, a proven war veteran even years after created, follows closer to Russian philosophy by its ruggedness, proven air worthiness, superior weapons delivery, and survivability. Yet, it remains an unloved component in the eyes of military planners.

George...More great vids !!!!
BTW.. We had a personal friend who was employed as an engineer at the Lockheed Skunk Works for many years working on the SR-71 and F-117 programs.
Since he was sworn to secrecy, his wife had no idea what he did for over 20 years.
I knew this and tried to get any info from him if I could but not very successful.
I mentioned once that I had read that 32 SR-71's were built and the USAF had at least one new one in underground storage in case they needed some in the future.
He laughed in a manner that lead me to believe my numbers were low.
The Russians sent the Mig-25 Foxbat up to intercept the SR-71 many times with their Atoll missles and never got close. This despite their monster Tumansky engines that carried the joke that the Russians had to have an entire oil refinery for each engine !!!
Thanks for the vids ….
Steve...