Log in
Search
Latest topics
» How's the weather?
by rsv1cox Today at 11:40 am

» Pee Wee Backplate Conversions - Anyone Experimenting Yet?
by Tee Bee Yesterday at 11:03 am

I attended the vintage meet today with my son and had a real good time. This year the guys decided to see who could fly the AMA pattern the fastest and cleanest. I didn't stick around to see where we scored but it wasn't as simple as it sounds. These planes generally don't carry enough fuel to do the pattern so we kept 1 lap level flight between maneuvers and reduced the 6 required inverted level laps to 4. In addition, maneuvers could be done at 60 deg elevations. There was quite a turnout. 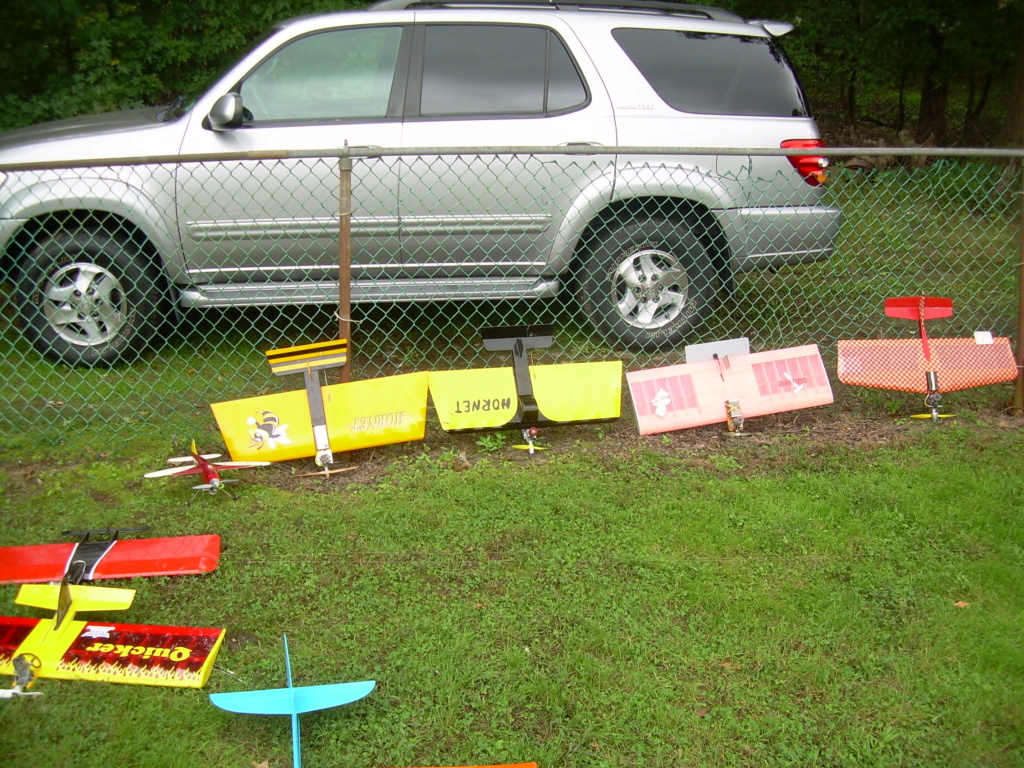 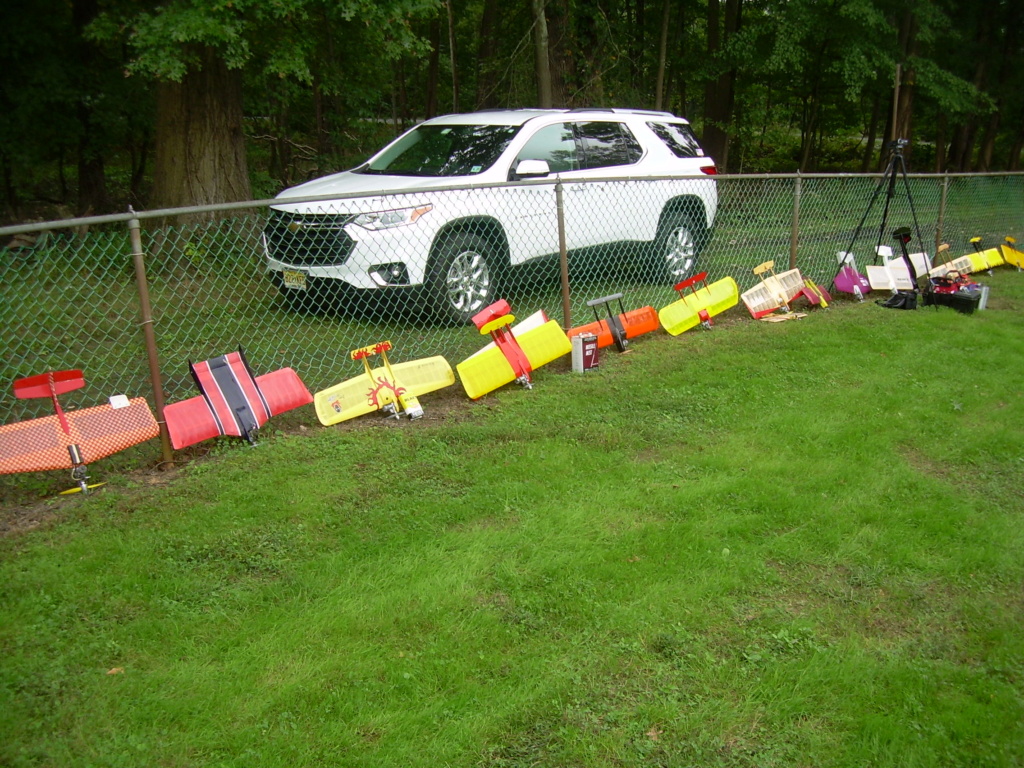 The fence was lined with planes from one end to the other, quite impressive to say the least 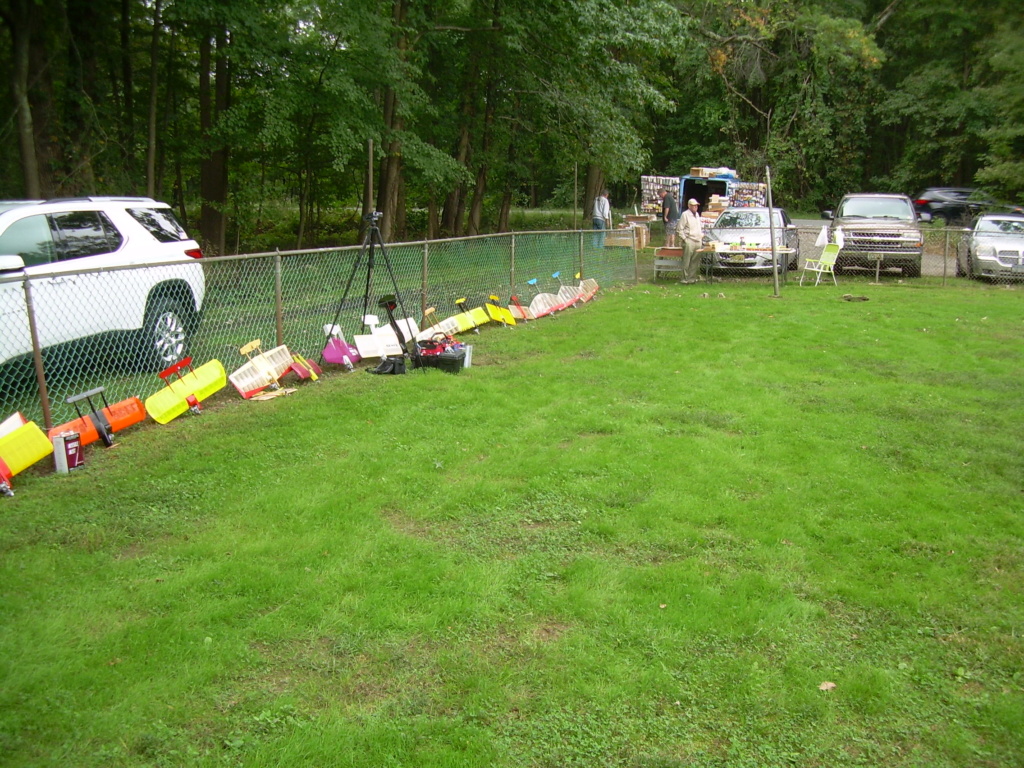 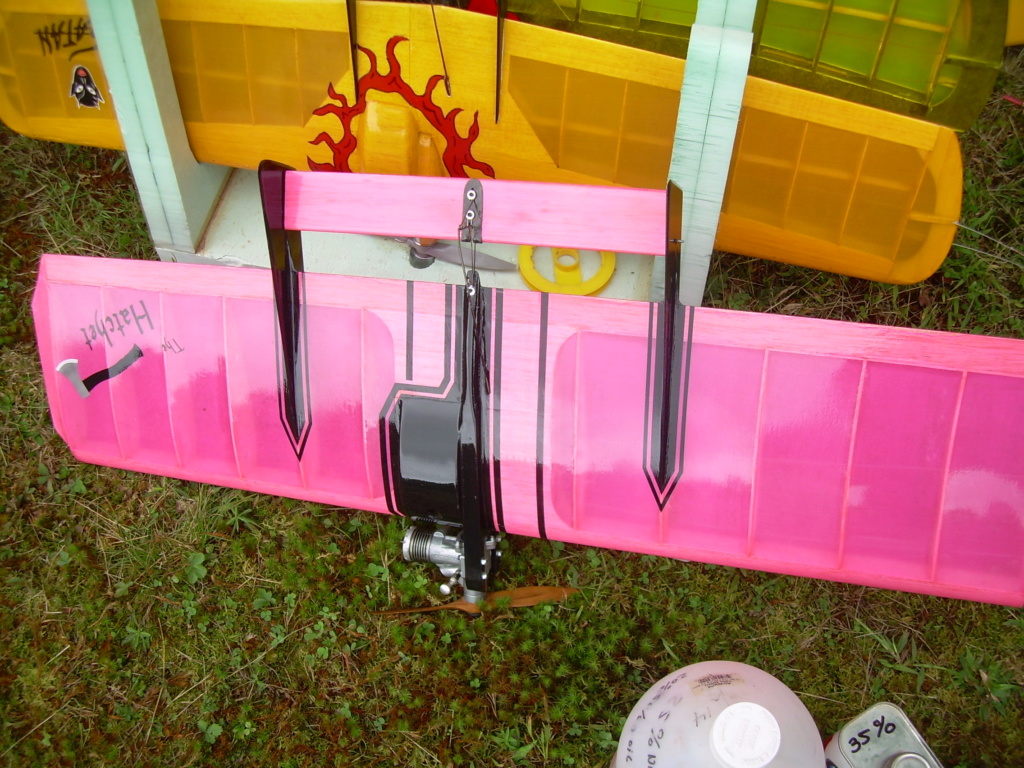 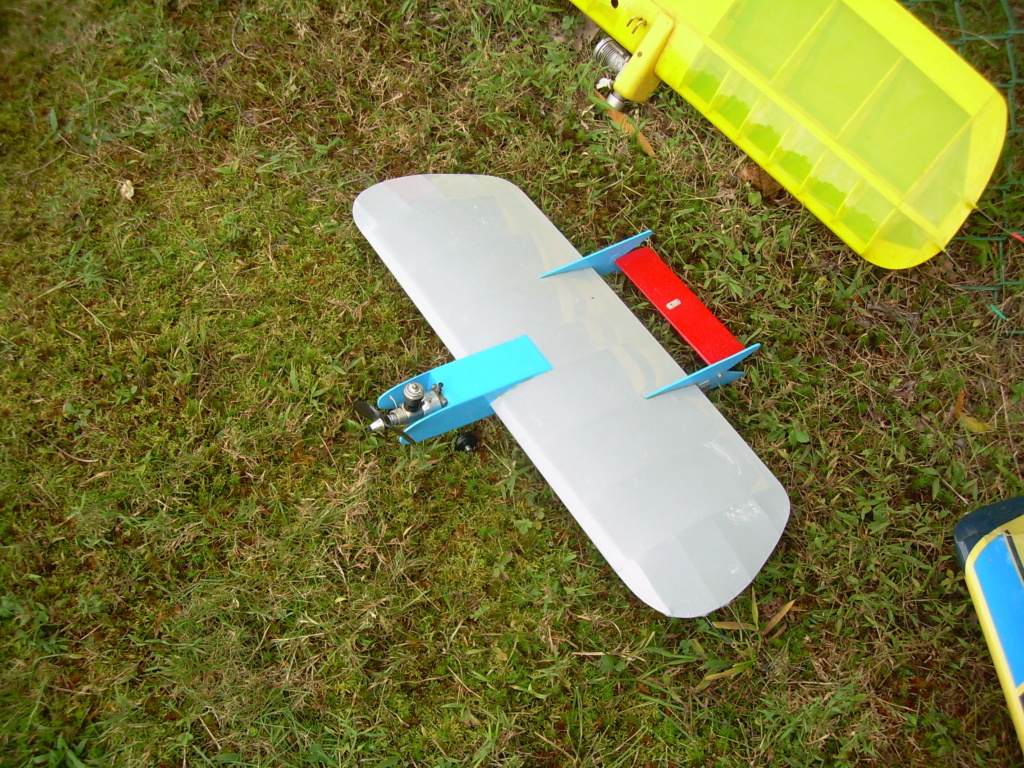 Many liked my Big Otto, I rebuilt the nose this week and put on a silver bee. 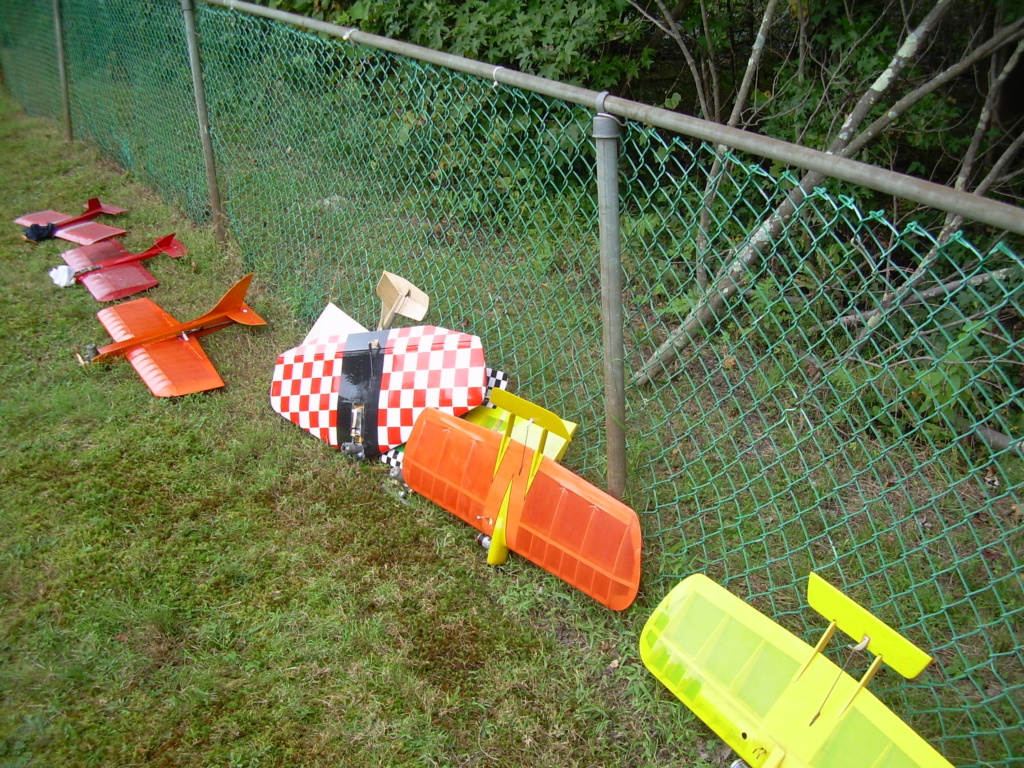 My collection of relics, Half Fast, Sneeker, Renegade, Combat Streak and my Count Clipper. Apparently, I started a new trend with the Count Clipper as we had 4 of them flying with authority today. HP.40 powered versions and some used K&B 61 series .35's. These planes were nicknamed the cast iron clippers due to their weight. 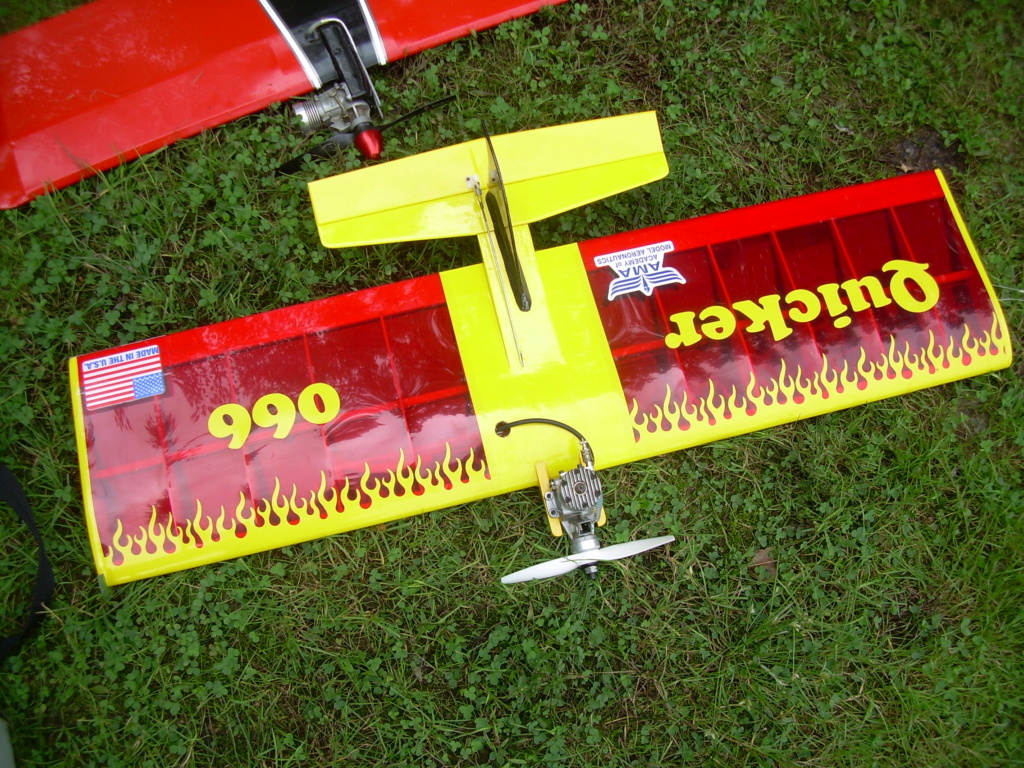 Roy Glenn's Riley Wooten Quicker, this was a mean machine today. Roy had a 8x8 white tornado cut down to 7", 40% nitro this thing was on song

Not combat related, cool nonetheless was this Perky. Cox Conquest .15 with a mini pipe for power 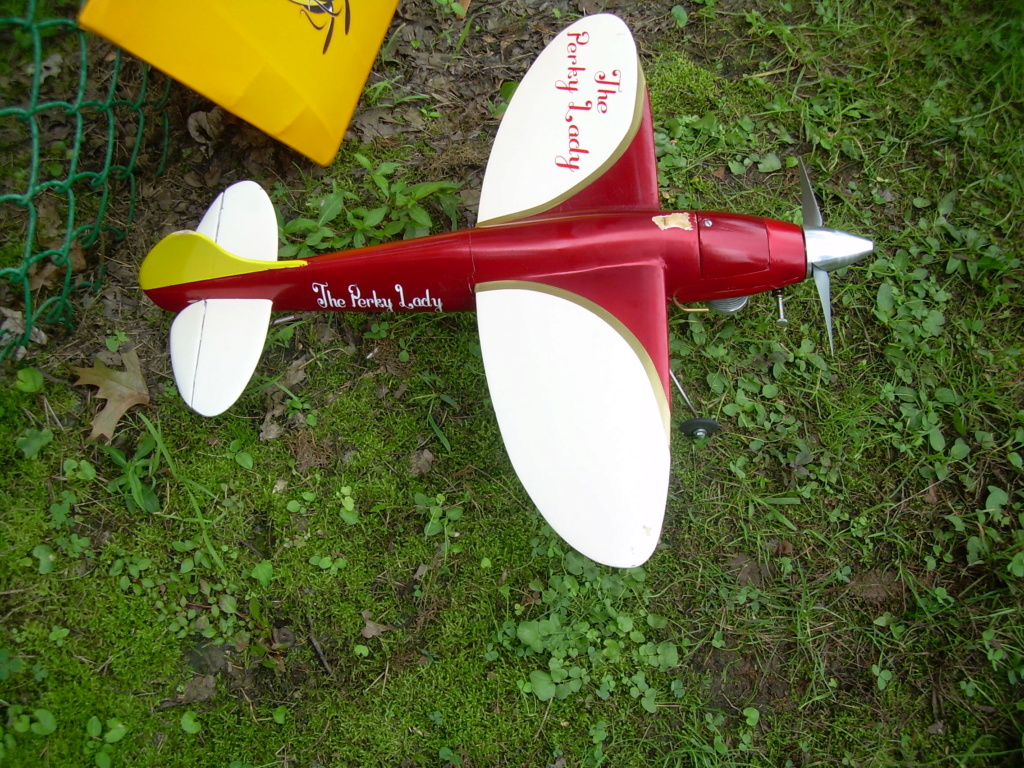 Where in northern NJ could a no muffler event of this scale take place without DHS coming in full SWAT mode?

Garden State Circle Burners field is in Lincoln Pk. It's entirely surrounded by woods and is a uninhabitable area in terms of living quarters. This area is a flood plain  which has more than once been entirely flooded out with more than 3' of water. The Passaic river runs on both sides of this elevated section hence the road name Two Bridges rd. The police even came by to visit today to enjoy and assist in directing leaving traffic from the driveway into the road. My son put on quite a show when he and Roy Glenn put up a fast match with Nelson .36's. A very impressive match which takes a lot of skill.

Swamp critters in Northern Jersey. Who'd have thunk it possible?

Great thread!  Got to make one of these meets this next year !!!

Bunch of good looking planes , I bet you guys did have a blast ! That's a dad of combat there , did the Perky Lady fly ?

Eric, I tried to get there as early as possible. It was raining pretty good when I left the house. Upon arrival it was a nice overcast day with a mild breeze.  It was almost a 3 hr drive so I had to leave ample time to pack up and get ready for the trip home. If the Perky did fly, it was after I left which was about 2:15.

When you approached the circle you picked your poison, it was for either speed or pattern flying. At first I thought the idea was silly, but it wasn't as easy as I thought it was going to be. The diamond airfoil jobs were flopping all over, they go like stink on the level flights but pulling a hard maneuver kills the speed.  You generally trim the plane to turn as tight as it can without stalling. The problem with trying to do certain maneuvers was that they were too pronounced and jerky. It was comical I will say that. I had a good time.

One of the fellows whom I met at Brodak's a few times visited with a few planes. He had the Nelson mounted on a Barracuda and the other plane was owned by another fellow Al who had a Fox MK7 ( Not many of those around ) had my son join up with another fellow to fly a friendly match. I wasn't too keen on the idea, if 2 of these planes have a head on mid-air, there goes several hundred dollars. Nonetheless I still think it's cool, the noise, the speed and the excitement.

Darn that's a lot of driving But well worth it, LOVE the video am sure all you can do to resist going for the kill ( instincts ) Looked like the Fox was doing a good job of keeping up with the Nelson .You guys just have all the Fun!

some years back I was at the North West Bladder Grabber (BG).... decades earlier BG was sponsored by Bob Carver of high end stereo component fame.....in the 80s first prize was 10,000 bucks worth of stereo equipment

Any way, as a aging 80+ year old, Bob still enters and competes in Big Block (0.36) Fast combat with balsa planes and does quite well usually in Third or fourth of 13 +/- contestants

Late one Sunday after the contest, and before the awards.... Bob Puts up a test flight on a plane that was giving him fits all weekend... all his pals fussed and fussed with it and they finally got a stable engine run...so there is Bob free style up n down inside and outside with a light plane and probably 105~110 MPH....got bored with lazy eights burning off the bag of fuel ---so he starts dong the stunt pattern, well about 90% of it...I did not recognize an hour glass...but let me tell you, it was pretty amazing to see an very old fart do PAMPA at 100+MPH