I bought an old Cox glowplug in a blister pack. Pack is completely sealed. I opened pack and I noticed a white powdery spot on glowplug. Removed this spot with fine sandpaper and lightly oiled whole plug to prevent it from that white "rust".

Did you notice that white oxidation on any aluminum part?

I have seen aluminum corrode leaving a white residue behind:


QUESTION: We live near the ocean and, about a year ago, we bought brushed aluminum storm windows to end the cycle of peeling and painting wood-framed windows. I thought we were home free as far as window frames went, but now I notice a white crust forming on the outside of the window frames on only one side of the house. What is this, and what can I do about it? I thought aluminum was an "install-it-and-forget-it" material.

“ ANSWER: Aluminum is not corrosion-proof. Brushed aluminum storm windows and storm doors form "white rust," or oxidation, especially in areas near salt water. In case you're wondering why the storm windows look better on one side of the house than those on the other, it's because oxidation is worse on the side facing the prevailing wind.

There isn't too much you can do here, since it's difficult to paint aluminum. Hardware stores carry an aluminum cleaner that is quite effective at removing the oxidation, although it involves a lot of work. If you're considering replacing storm doors or windows, aluminum that is anodized or factory coated (typically white) holds up much better than the older brushed aluminum.

Otherwise, you can wax and even apply varnish to brushed aluminum to forestall corrosion.“

When it comes to water corrosion, the softer aluminum will sacrifice itself to protect the steel. That is why ships have zinc bars mounted to the exterior bottom of the ship. The zinc bars will erode over time, to protect the pinholes where steel is exposed through the steel hull's paint.

That is probably the way that my K&B .35 Stallion I purchased on E-Bay appeared when found. Then the owner did media blasting to remove the white chalk aluminum corrosion. Engine winds up in the hands of a seller, for a quick sale.

Yup, more likely than not, the corrosion looks worse than the part being corroded. It's why back in the "old days", when automobile and motorcycle fenders were heavily chromed, there would be rust pitting underneath the chrome pinholes. Basically, the steel was sacrificing itself to protect the harder chrome finish. 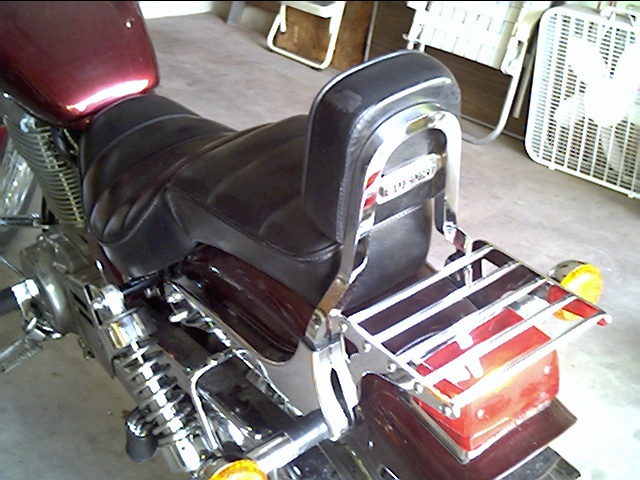 Two years later, it spent 2 years outdoors in Okinawa in the 79 inches per year rain and salty sea air. When I returned, it was heavily rusted, not much of the chrome finish was left.

I ended up removing the rust and painting it so I could use it again. Somewhere I have photos of how rusted it was before my cleaning it up.

GallopingGhostler wrote:When it comes to water corrosion, the softer aluminum will sacrifice itself to protect the steel. That is why ships have zinc bars mounted to the exterior bottom of the ship. The zinc bars will erode over time, to protect the pinholes where steel is exposed through the steel hull's paint.

Electric water heaters use a "sacrificial anode" to attract electrolysis corrosion so that it doesn't corrode the main cylinder, which is a harder material than the anode.  The same principal is used in engine blocks where core/freeze/expansion plugs are used.   (Called Welch Plugs over here).   Not only do they fill holes left from sand casting, but from the factory they are made of a softer metal which tends to attract the corrosion rather than the engine block being attacked.  90% of the time people replace these with brass plugs, which is actually counter-productive as it can promote an increase in electrolysis corrosion of the engine block.  Ever see brass plugs fitted new from factory?

I remember my early Corollas had a very soft alloy expansion plug in the rear of the alloy head.  If a steel or brass plug was used the head would corrode worse.  Not many people replaced the plug with the original type because they needed to either remove the head or punch a hole in the firewall to replace it.  I guess the more effective modern coolants remove much of the need for these "sacrificial" components.