Cribbs74 wrote:
So as to the crankshaft rotation. Cox only provided two different style cranks for the TD.

Maybe someone has seen my pictures D. Kirn' Kirn Kraft ads on another site?

I am confused by how D. Kirn describes the rotation as left or right. In his ad,
he says "right is normal." Is a right turning crank spinning the propeller counterclockwise.
Or is there special cranks for control line models?

It can be confusing. Standard rotation is right hand (RH). Also, the propeller does spin clockwise. The prior two sentences are true as if you are seated behind the engine looking ahead. Standing in front of the engine when running is not a safe place to be just in case, neithe is directly beside it. Hope this helps some.

And hypothetically, just to make things confusing, if looking from the front, one would say that it would be left hand rotation and counter-clockwise....

It took me a while to figure it all out too.

A standard Tee Dee (any size) runs exactly to the same direction as the majority of model airplane engines. That is, viewed from the ”pilot’s seat”, clockwise. Just like the hands of a clock, or how a right-handed screw tightens. Viewed from the front, as most of do while starting the engine, it looks opposite of course

For the 049/051 Tee Dees there was a special crankshaft available that made the engine run the other direction.

The ”other” direction is better for C/L speed planes as the torque of the propeller then tries to steer the airplane out of the circle, and no (drag-inducing) countermeasures like rudder or engine offset are required to keep the lines tight.

Also, some of the Cox reed engine equipped beginner models had a LH propeller for same reason. A reed engine of course runs either direction, sometimes they even have the mind of their own, starting and running to the opposite direction to which you flip it

Sorry about that, I didn’t mean to confuse. I was talking about looking from the front not the theoretical pilot seat of the model.

I learned something new. When talking cars and motorcycles everything is left and right as seated in or on the vehicle. It never occurred to me that would extend to model aircraft. Makes sense though I suppose.

No worries Ron. I still do the internal figuring out left or right most of the time myself. I even still get confused using the lefty loosey, righty tighty phrase. And i work on stuff like this every day. And now at work, they do not want left or right as when seated, they want us to use 'streetside and curbside'! 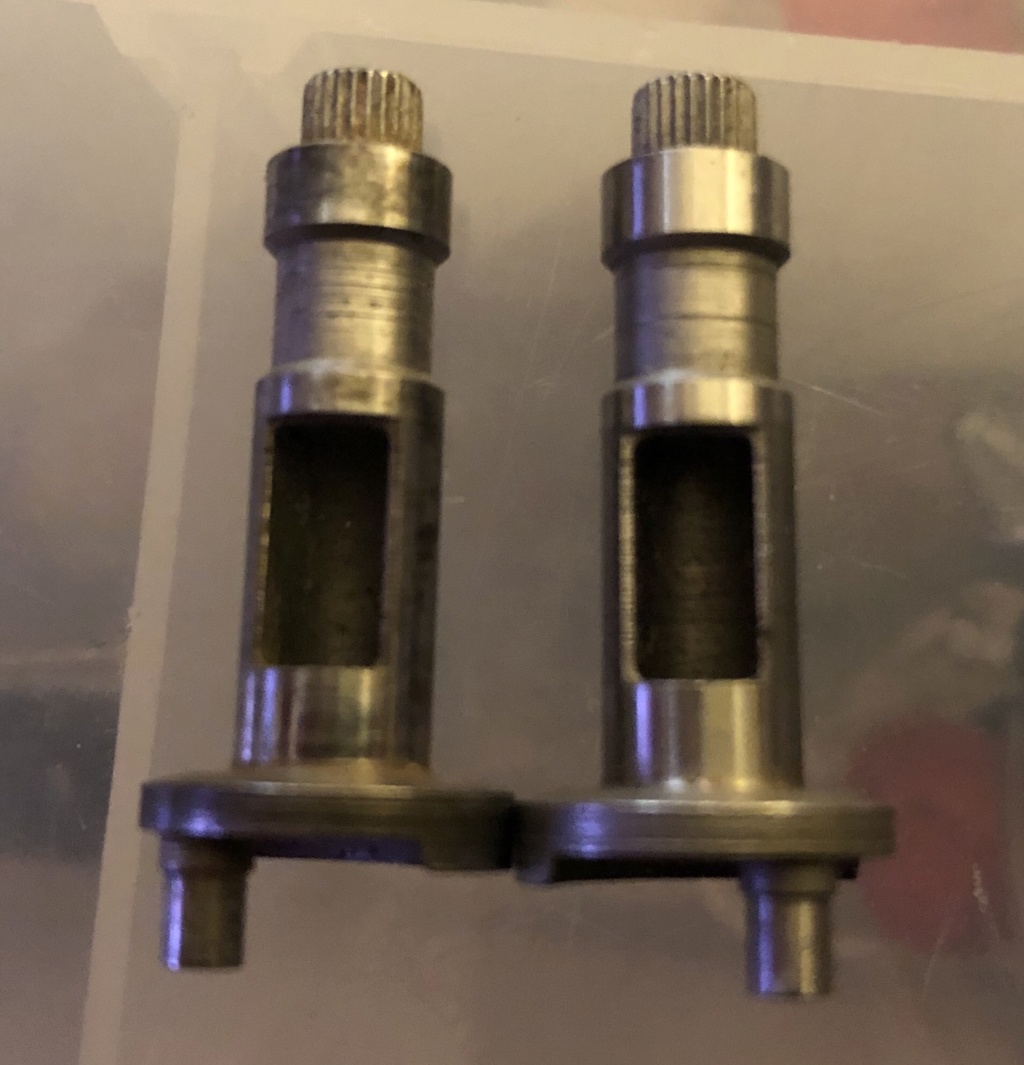 Cribbs74 wrote:Sorry about that, I didn’t mean to confuse. I was talking about looking from the front not the theoretical pilot seat of the model.

I learned something new. When talking cars and motorcycles everything is left and right as seated in or on the vehicle. It never occurred to me that would extend to model aircraft. Makes sense though I suppose.

Well, it is a matter of perspective I guess. Propellers meant for the "usual" direction of running are called "Right Hand", the others "Left Hand". I'm always confused when "Left" and "Right" are used for describing the direction of rotation

Righty tighty and so on. I like to think "clockwise" and "counter clockwise". That, of course depends from which way you look at it.

I talked with a colleague who flies "1/1 scale", or "real" airplanes, and about the propeller direction he said "clockwise of course", when I, being used to model planes, thought "CCW of course"

The direction is the same, but the point of view is different.

Same thing with my Harley and Honda. Normally the direction of rotation is determined by the direction the output shaft turns. Except on aircraft apparently 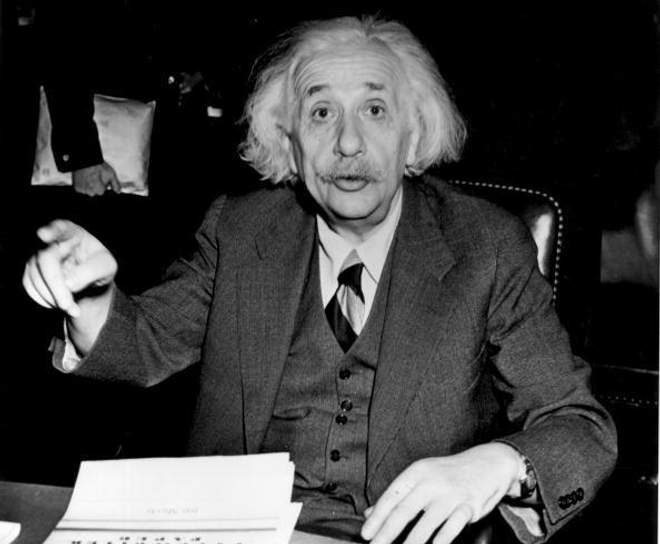 “Nature shows us only the tail of the lion. But there is no doubt in my mind that the lion belongs with it even if he cannot reveal himself to the eye all at once because of his huge dimension.” That's weird that on the L&R hand CS the difference seems to be the placement of the Pin and counter weight , so is that all it takes to make the rotation differ?

...or you may think that the port is cut in a different place on an otherwise different identical crank. The LH crank is a mirror image of the RH.

I wonder if a Medallion crank would have enough ”meat” around its small port to be able to be converted to a LH Tee Dee one?

engine shafts LH or RH are as stated already.....

I am always flumexd with propeller descriptions... I hate the term Pusher unless it is a Pusher prop for a Pusher engine....

Rant off...but I bet some here don't know what the hell Fred is yammering on about

The cranks are not a mirror image. The crank pins are only offset 90 degrees. On the OS FSR series with the bolt on front nose you can rotate the front 90 degrees to make a reverse rotation engine for a twin setup.

I love this. Now is question time! I know that our reedie Cox engines can and do start in both directions equally as happy. No this is the first time I have seen the RH and LH rotation crankshafts. Beside the crankpin being on opposite sides, why does one run one way, and the other runs the opposite? What makes this happen, even if using the dreaded 'electric finger'? Personally, to me, I would have never known and would simply think it would start in whatever direction you start it.

Rotary valve engines like the Tee Dees suck the fuel-air charge in the crankcase through the opening on the shaft which aligns with the venturi just when the piston moves upwards and creates vacuum in the crankcase.

If running in the wrong direction the timing of the said alignment will not coincide with the vacuum pulled by the piston thus the crankcase will not be filled with fuel-air charge and the engine cannot sustain its operation.

Sorry if my non-native English ruins the clarity of what I wanted to say.

After reading your explination, I went and grabbed my TD and tore it apart (venturi, head, backplate) in the name of science so I could watch and see the crankshaft and the air opening how it goes as it is rotated. After all was said and I understood it better, I tried to envision the other direction crank and how it would look as it went through a revolution. Total time spent: about 20 minutes including tear down and reassemble. I was todays day old when I finally understood how a TD engine works (along with other non-reed engines). Thank you.

Jason_WI wrote:The cranks are not a mirror image. The crank pins are only offset 90 degrees.

In the case of the TD, it appears that 90° would indeed make the the right and left crank mirror images, because the crank induction port is offset 45° from the pin. This 45° offset is common in engines. Turning the front end of the case is a simple solution, even is port offset isn't at 45° and the timing isn't ideal.

Jason_WI wrote:The cranks are not a mirror image. The crank pins are only offset 90 degrees.

In the case of the TD, it appears that 90° would indeed make the the right and left crank mirror images, because the crank induction port is offset 45° from the pin. This 45° offset is common in engines. Turning the front end of the case is a simple solution, even is port offset isn't at 45° and the timing isn't ideal.

Agreed.  If they are otherwise identical engines and the port timing is the same on each, they indeed must be mirror image.  Identical, but timed in opposite directions of rotation.

The confusion may have come because Jason was meaning that each crank is not symetrical.  If it was symetrical (apart from the fact that it wouldn't run that way), then there would be no need for opposite cranks.

The rotation of the front housing is a neat trick.  I've only heard of it being done to Enyas, but I guess any front-housing engine could be a candidate.