» Glow-plug recycling
by aspeed Today at 8:04 am

» Pitts -Skelton Aerobatic model
by MauricioB Yesterday at 11:42 am

The splash anodizing is quite a convoluted process and expensive ($500 for 100 tanks).

A liquid masking is applied to the parts that should not be anodized. After anodizing, the mask is removed. Repeat for more colours.

Can They do some splash to head? it will make this engine unique.

Glow heads can't be anodized because of the filament. Even if they can mask the inside of the head, anodizing is counter-productive to the flow of current from the battery. And then adds another $5 to cost and keep in mind that we have to mark everything up.

Is that a Killer Bee CC and does it have the KB crank ?

getback wrote:Is that a Killer Bee CC and does it have the KB crank ?

Basically like this one: https://coxengines.ca/cox-.049-engine-purple-python.html but with a Cox Tee Dee head as Merlin head conversions are no longer available. 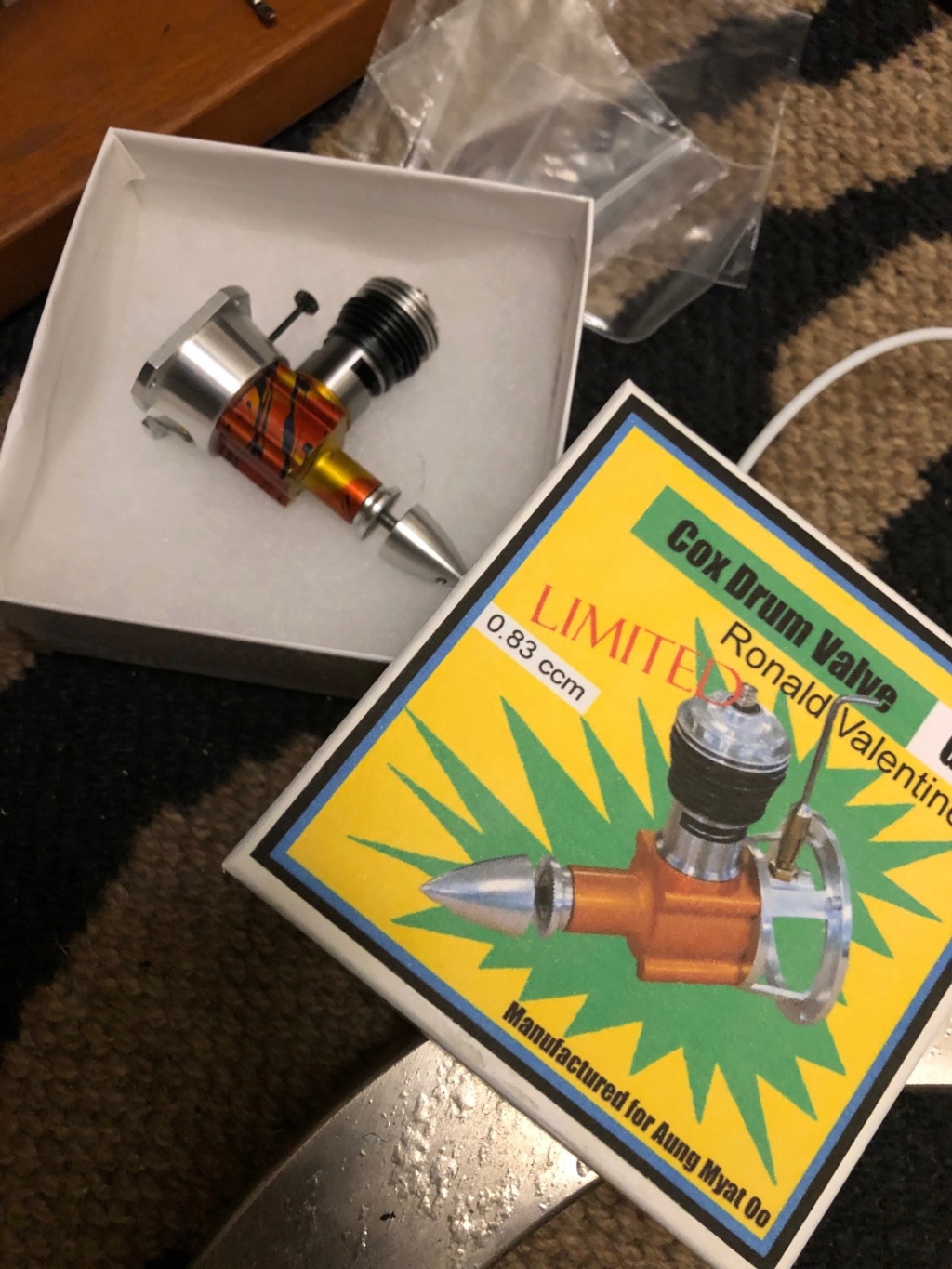 Just received from Ronald Valentine. He included my name in certificate as well as on box cover.

May I suggest something like this for up coming limited cox engine?

That is a very nice engine; how much did it cost?

For our LE engines, we prefer to have continuity, as in more-or-less the same composition (stunt tank, etc) as the ones before, as an incentive for buyers to keep buying the LE engines as they become available.

However, that does not mean that we can't make another, different, type of LE engine, together with our regular ones.

You certainly got a nice looking engine there, aungmyatoo and a one of a kind, really nice.

GallopingGhostler wrote:You certainly got a nice looking engine there, aungmyatoo and a one of a kind, really nice.

And a personalised box to boot!!

The customer names can be included in certificate as well as on box sticker.

The customer names can be included in certificate as well as on box sticker.

That sounds like a good suggestion, thanks and shall give this some thought

One downside may be if and when the buyer decides to sell or gift the engine.

aungmyatoo wrote:Yes, I mean personalise box & certificate for Cox International LE engines. The customer names can be included in certificate as well as on box sticker.

That sounds like a good suggestion, thanks and shall give this some thought

One downside may be if and when the buyer decides to sell or gift the engine.

This is just a suggestion and I don't know if it is viable or not.

If made an option to the customer, then they can decide. Also since doing a custom box would require additional labor beyond mass production, you could add a small fee for this personalization / customization, since it is beyond an "off the shelf ready to ship" item.

I'm with George and aungmyatoo.

Perhaps instead of personalising the box if that is expensive and time consuming, how about just a sheet of paper with a bit about the engine then a one liner about who the engine is for.
This wouldn’t add a lot to the overall cost and if the sheet is a standard format and pre-printed the only thing that has to be added is the one sentence with the new owner’s name.

This is how Valentine engines do it. 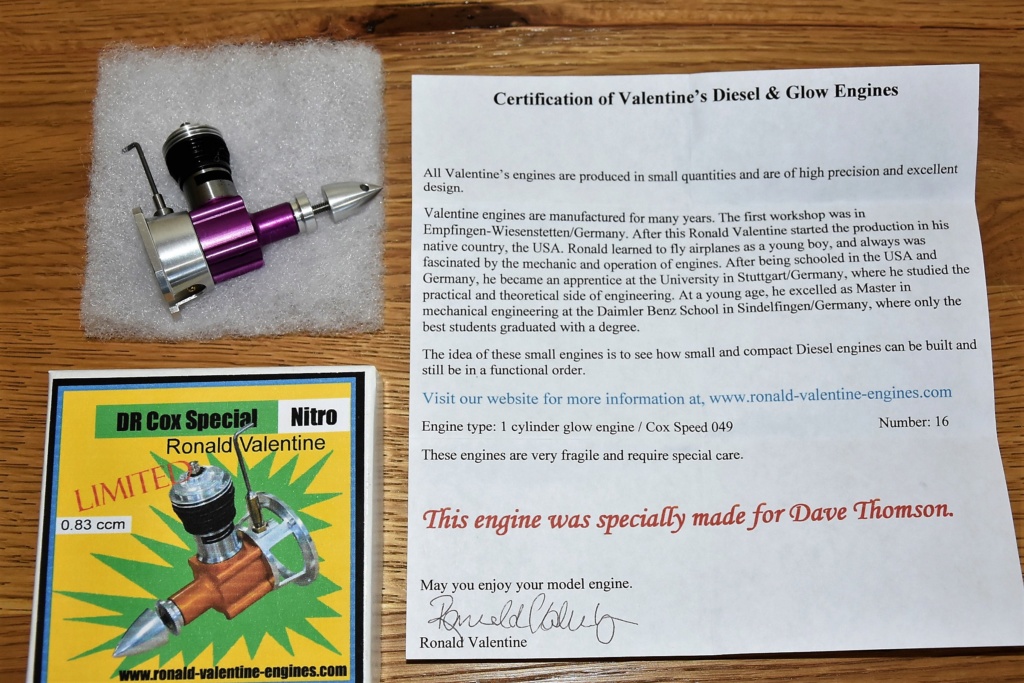 It isn’t much but it does feel cool when you open the box and see your name written on the sheet.

It also adds to the history of the engine or provenance as the antique dealers love to say.

Collectors love getting the paperwork, not just because it adds to the value or tell you how to operate it but because it can provide some history and prove authenticity as well, especially in the custom arena. 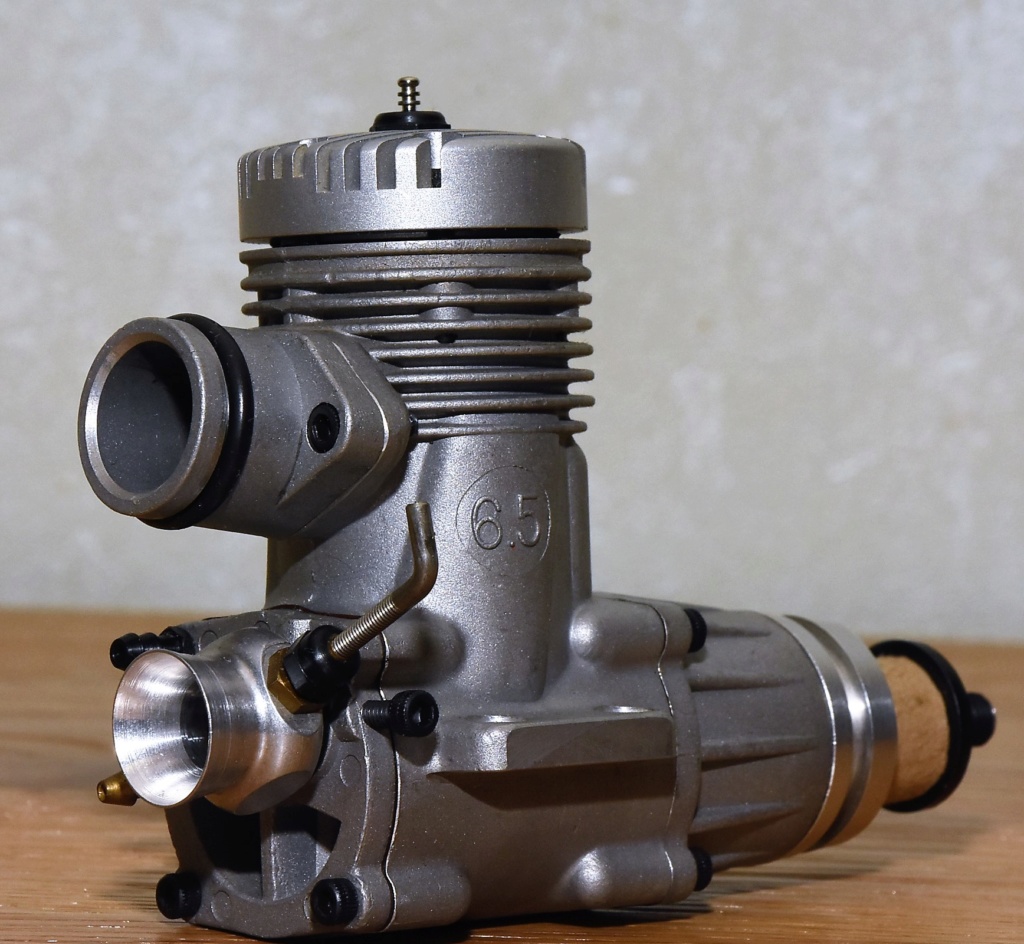 Some will say that’s not original, it’s got the wrong carburettor on it, they never came out with one of those on them.

Maybe they’re right and when I got the engine the needle was missing but in among the paperwork was an invoice showing that this engine was purchased from CF LEE Manufacturing on the 22nd of June 1979. It wasn’t advertised as such but I could just see the C F Lee decals in one of the photos so I thought beforehand that it just might be.

From memory I was the only bidder.
I have erased the addresses and phone numbers on the following scans. 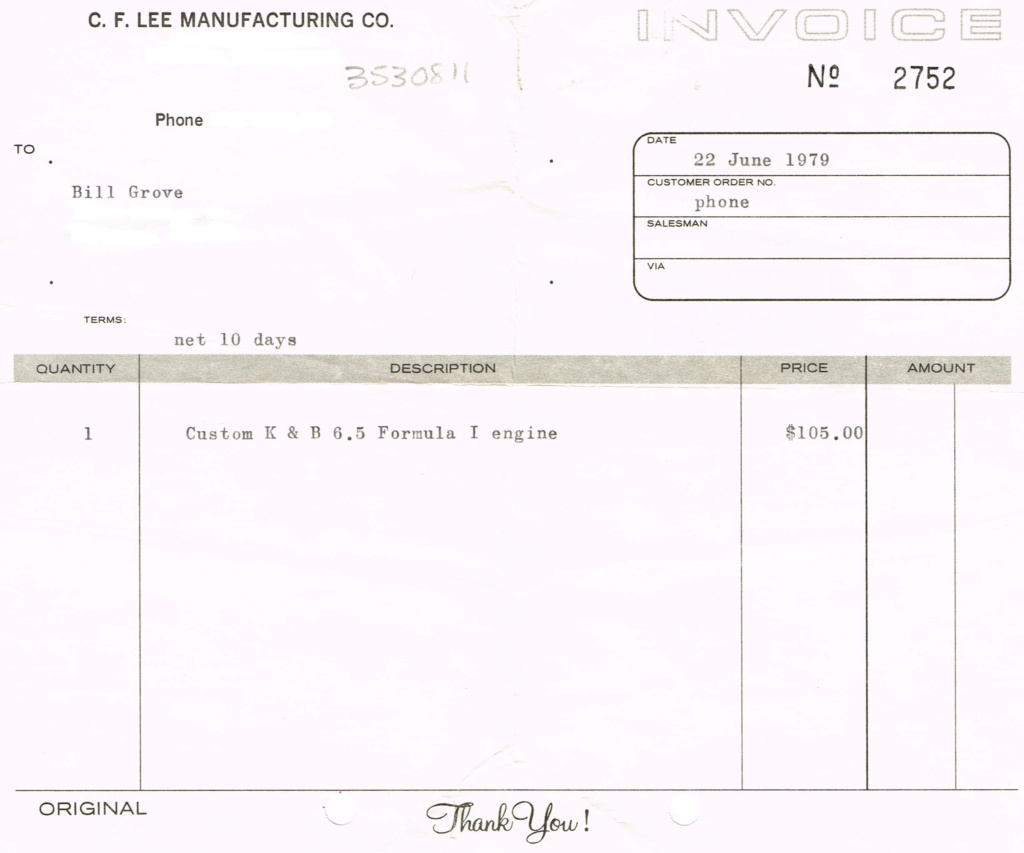 Most will throw the invoice away especially if they don’t want the other half to see how much it cost.

I wrote to Clarence Lee asking if he possibly could supply a needle and enclosed a copy of the invoice.
Here is his reply. 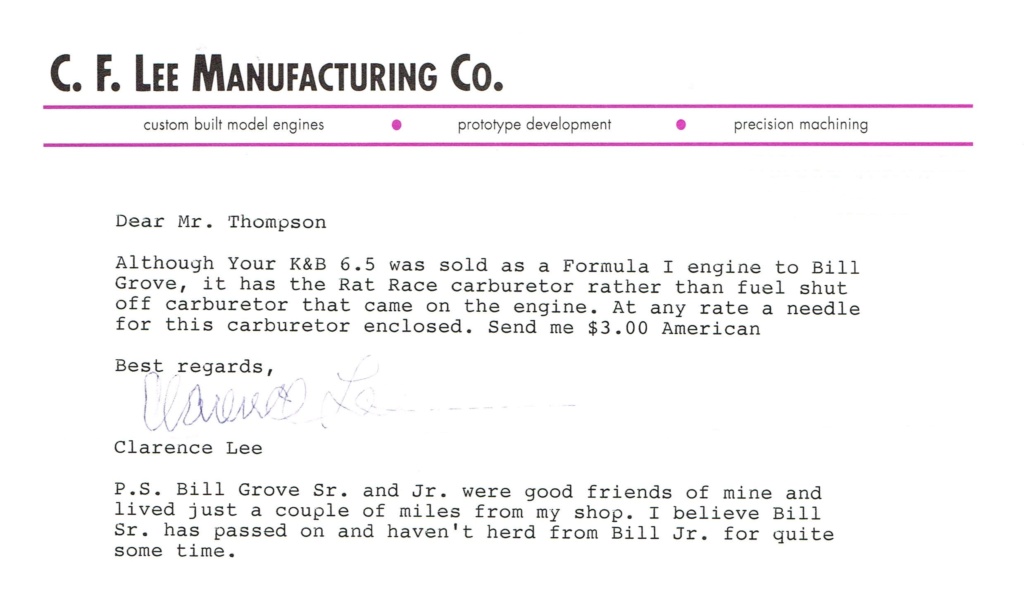 Brilliant, not only could he supply the correct needle but he clears up the matter of the carburettor and a bit about who it was built for.
The engine also has CF Lee stamped on the case.
What a guy, he not only sent me a needle but trusts me to send him the money too.
I sent him the $3 plus a bit more for the postage and hopefully enough for a beer as well. I also told him that most but not all Kiwi's are that trustworthy.
How the original needle got lost is anyone’s guess but, as they are usually kept separate to prevent damage to the needle, it could easily get mislaid. I see a lot of engines for sale with the needle missing.

The paperwork for the standard Cox engines are all downloadable (my Bumble Bees didn’t come with any paperwork) but personally, I think a personalised sheet with the Cox limited edition engines would be a nice touch.

Praise for your research and keeping all that stuff Dave. I have binders full of mine.

It will help my son someday determine provenance and value.

Good suggestions folks and many thanks

The box is not an issue as our engines come with boxes anyhow and it would simply be a matter of changing the box label.