» Buried treasure in Burma
by Admin Today at 7:52 pm

» music vids.. some of your favorites
by Levent Suberk Today at 4:57 pm

» What piece catches your eye the most?
by rsv1cox Yesterday at 4:29 pm

I know some of you might consider these as "boat anchors", but for some reason I have a real affection for Testors stuff.

I'm sorry that I have no pictures of my own to support my story- not much of a photographer.  Hope you can follow the story.

A couple of years back I got myself a Series 21 .19 C/L engine in pretty reasonable condition except that two mounting lug holes had been elongated out.  I hate that.

Not long after, I managed to score two R/C versions in original boxes.  Can't recall what I paid but it wouldn't have been much.  I'm pretty strict on my limits, so I'm guessing about $30 the pair.  One was complete but had a broken cooling fin on the crankcase, and the other had a good case but had a bent rod, missing piston, missing prop driver and broken needle.  I stripped both and used all the best parts to make one good one.  Back in the box and into storage.  The other sat in a box in parts waiting for me to stumble on  the required parts.

Fast forward a couple of years, I spot someone on ebay selling a heap of Series 21 parts, most of which I wouldn't ever need, but it included a series 21 .19 C/L case with crankshaft, rod and piston.  Missing cylinder, head and backplate.  The parts lot didn't sell so I negotiated with the seller to get the .19 bones for $10.  Here's the ebay pictures. 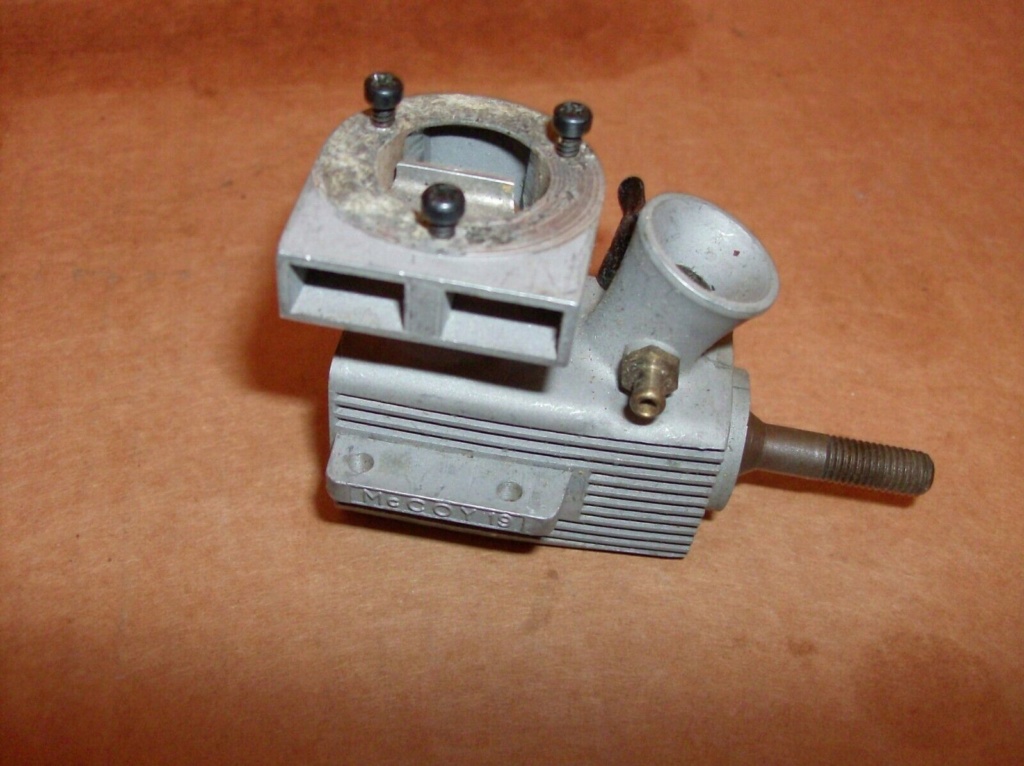 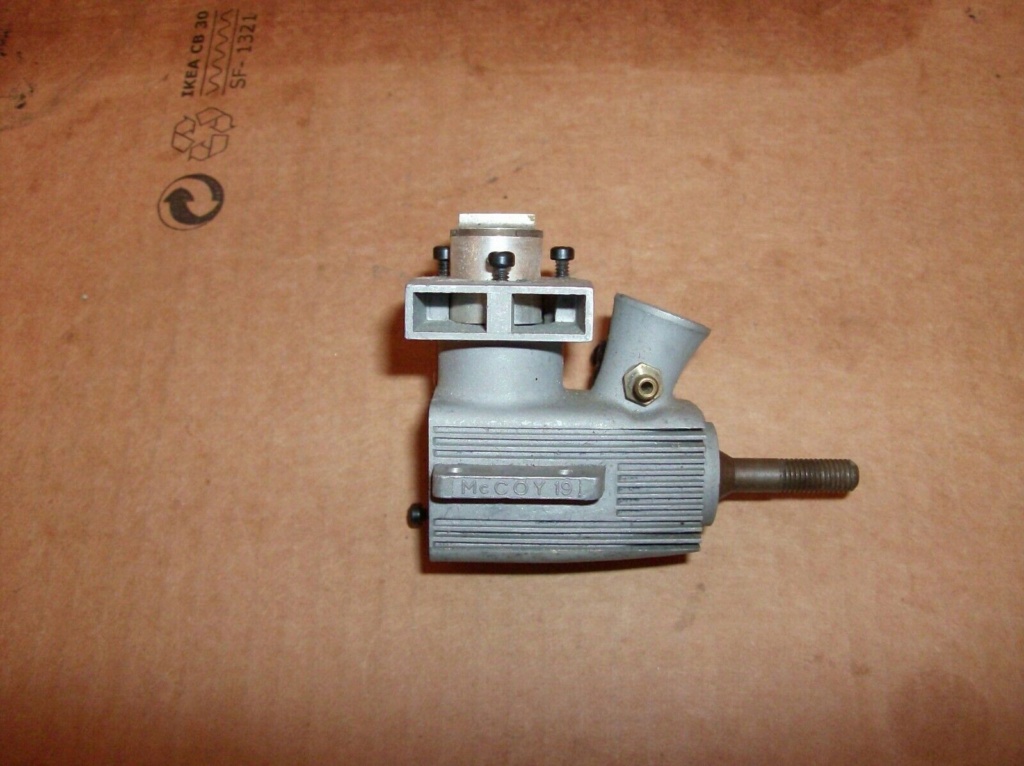 Turns out that the parts are brand new.  For some reason a previous owner has robbed a brand new engine of parts.

So, project time.  Removed cylinder and head from my "modified" engine and installed them onto the new acquisition, along with the needle.  My backplate had a damaged TESTORS label in the back, so a perfect one from the R/C junker was used to keep it all looking like new.  Managed to mount it up tonight and it started like a breeze.  Not sure what size prop I should use, but it had an 8X6 M/A.  Ran really well (very loud) but I think it sounded to be labouring a little, maybe due to the prop.

Anyway, the backplate, piston, ring and rod from my original engine was installed into the R/C junker.  All I need to complete it now is a prop driver, a couple of cylinder screws and a Perry main needle.  If anyone has these to spare I have a good, (but filed-out mount holes) .19 crankcase and crank with spray bar to trade.

While I was at it tonight, I decided to run a few engines that were just laying around. First, the old Enya .19 4002 with oval exhaust.  Sweet as a button.  Bob would be proud

Next (because it had a muffler) was my first run for an OS MAX S .35 I picked up a while ago.  Engine is practically new and ran sweet.  Finally, an old 1949 Torpedo .29 Ex. Bill Booth who was USA SAM President at some point.  This old thing has so much wear in the crank bush that you can literally rock the prop up and down about 30 thou. but it burst into life on the first compression and took off.  The needle is sloppy worn, plus the case wear, so needling was pretty tricky.

Nice to get the chance to make some noise and smoke after a long break.

I'm an unashamed big fan of the Testors 21 series engines Rod and have quite a collection. R/C - C/L NIB, used and in every iteration.

My first, a .35 mounted in my Nieuport 28 was an easy starter and great performer. It ushered it around around a 52' circle with authority and never let me down. Love that engine and if I asked it to despite a layoff of about 20 years it would do so today if I did a little patch job on the air frame. Got an identical series 21 mounted in another Nieuport 28 yet to be flown. 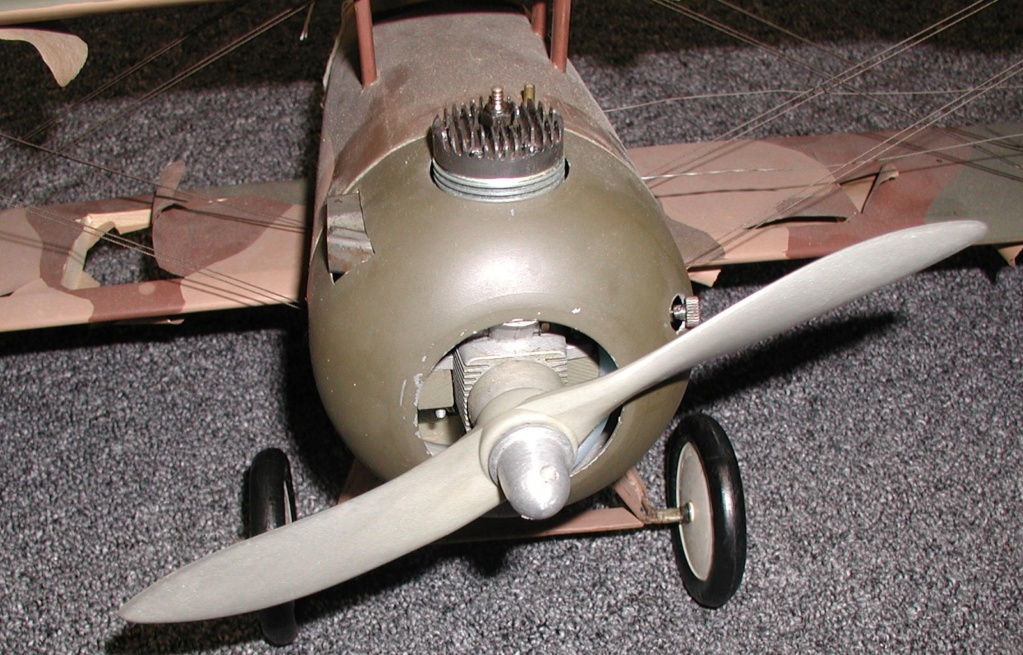 But, in true confession I tried to start an off-the-shelf .19 series 21 recently to no joy. Of course I couldn't get the sandcast enya .29 running either. Probably problem me, not the engines. Only engine that ran that day was the little Enya .09II (middle). 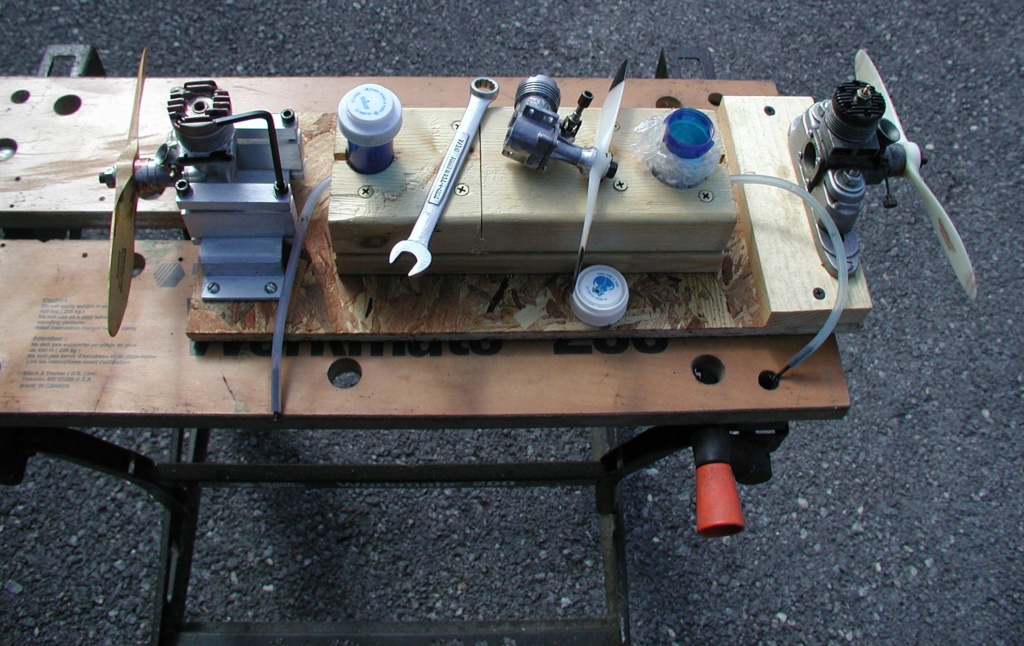 I like 'em too. I put about 75 flights on a Midwest Esquire 3 channel set up with a Series 21 .19 R/C on the nose back in the early eighties. Somebody sold me the brand new kit and the engine for 5.00 after he decided that building it was going to be too much trouble for him. Somewhat overpowered at full throttle and on the heavy side, but it sure was a smooth and reliable runner.

So, any chance that someone will have a prop driver I can get? A Perry needle & spring can be found at MECOA, but the .19 prop driver is nil stock.

Also, after an opinion here. I hope to "move-on" a surplus engine once complete and running. I'll keep my newly renovated C/L version as well as the better R/C one I put together some time back. With a prop driver I can complete one more engine, but I'm not sure what's the best choice. Do I complete the R/C version I have , or should I transfer the "innards" to the C/L crankcase I have (with elongated mount holes)? Which would be more desirable in the eBay realm? Slightly damaged case on either version, but should be a good runner assuming I get the bits I need.

FWIW I think the old Testor McCoy red head .19 prop drive plates will work if appearance/authenticity is not an issue.