MECOA gets an A plus

MECOA gets an A plus

MECOA gets some grief here, but over the last year I have been very satisfied. Before that, very iffy.

Hoping to run these two within the next few days. 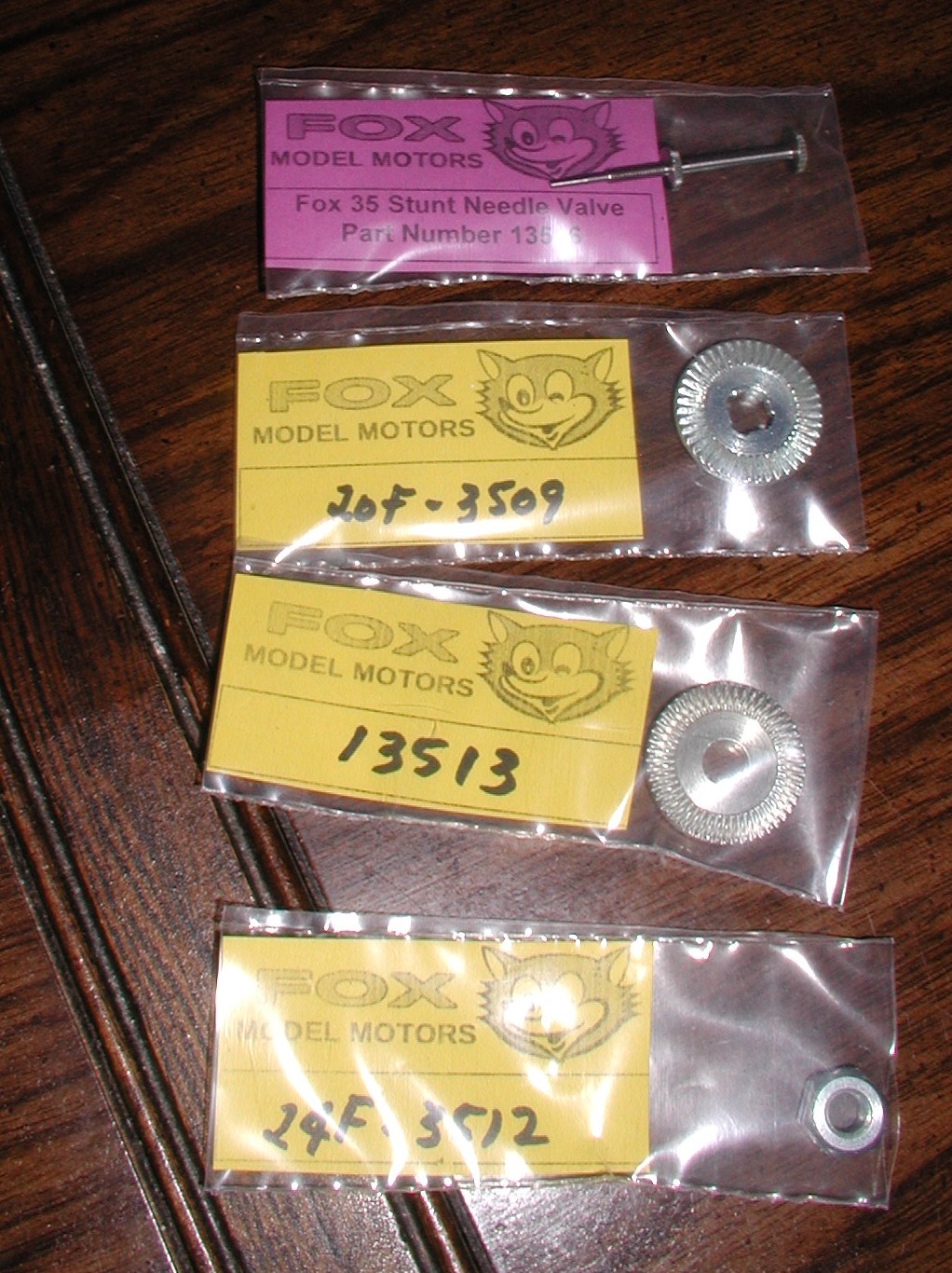 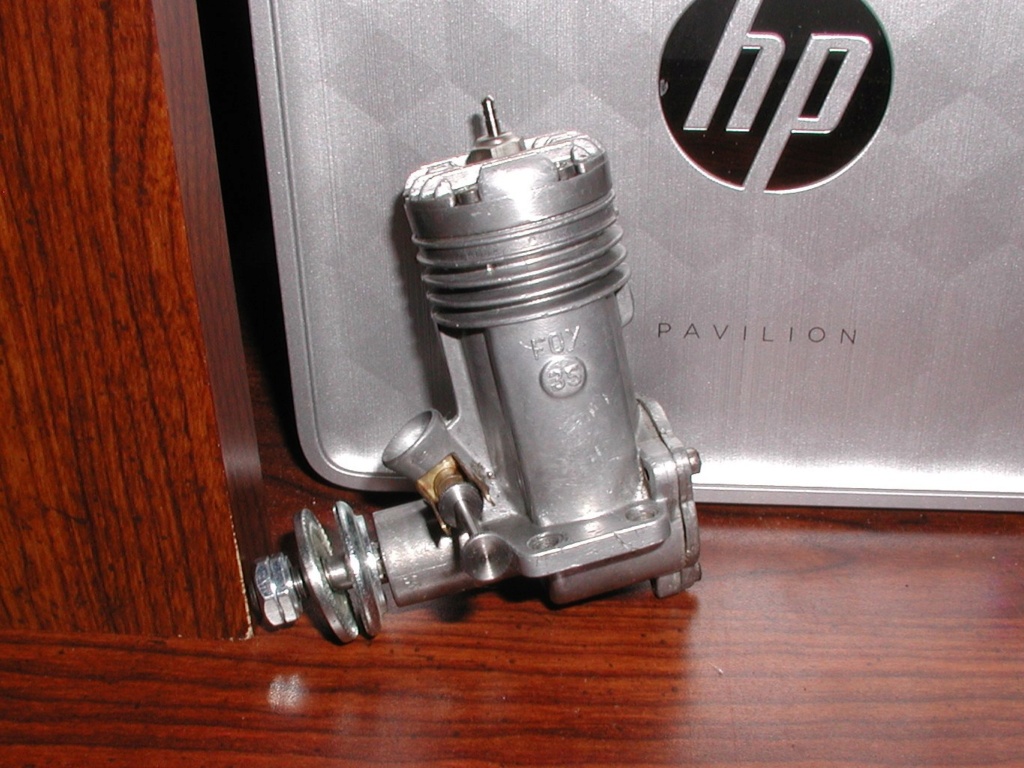 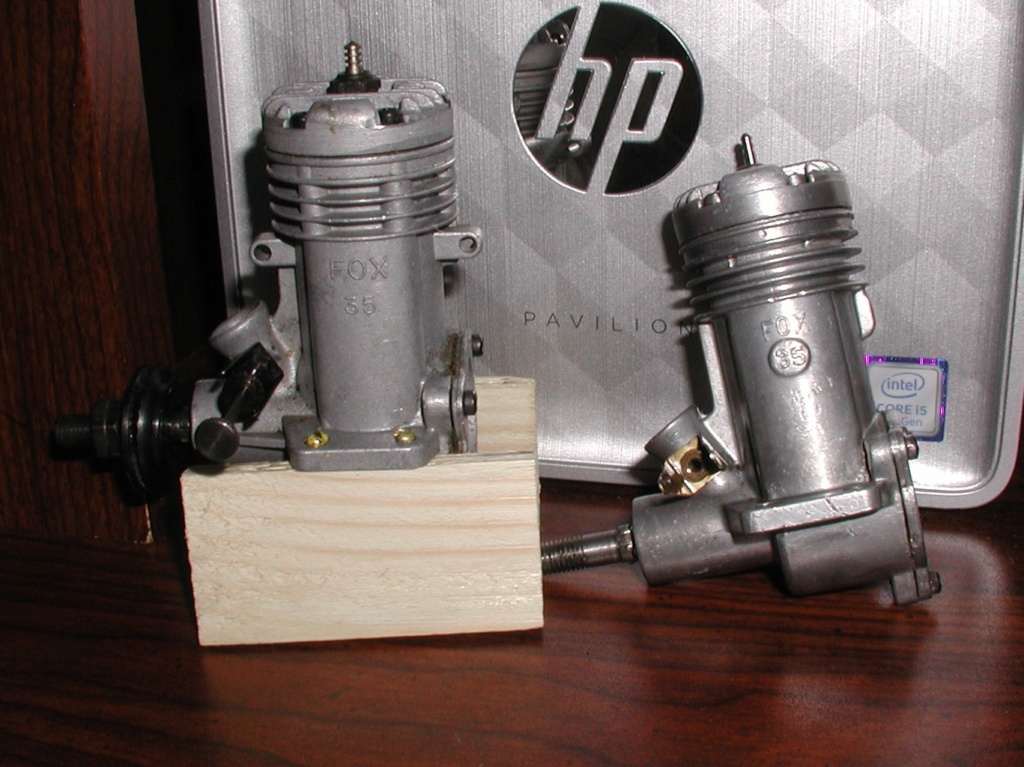 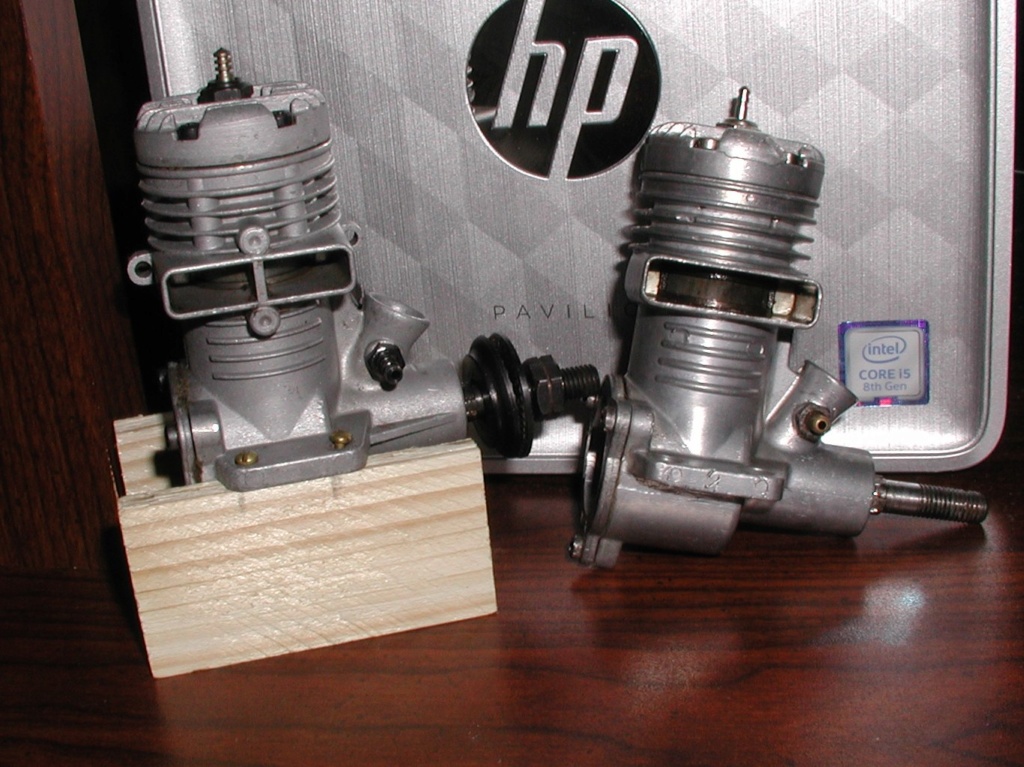 Bob your just having some loud fun up there , i could imagine what the neighbors that can hear it think . Maybe Mecoa is getting a grip on thing there .

I have had good luck with MECOA. Have ordered tons of Cox plastic tanks and carb bodies from them as well as Conquest parts. It’s too bad some stock of parts state in progress and that usually means years out or never.

Those are actually repackaged parts made in the Fox factory. Old surplus, so it stands to reason you would get it quick and it would fit well.

I think the bigger problem is stuff they have yet to make, like Jason mentioned you can forget it.

How can you tell if the one on the right is a '52 or '53 model? The one on left is definitely post early 70's by muffler provisions.

From 52-54, there really wasn't much of a change. I have noticed slightly different configurations around the exhaust stack but aside from that there may have been slight driver washer changes. One thing to note is that for those few years there was no triangular gusset under the crankshaft to support the case.

Thanks and thanks for correcting my bad advice on and inquiry on ball bearing .36Xs in a prior thread.

I think these are my only engines with a cogged crank shaft/drive washer. Good/bad?

The cogged crank and drive washer work just fine . I never had any problems and the Fox .35 doesn't have the power to grind anything up . If you put a strap on muff on the Fox be careful to not over tighten the strap . The case is thin around the bypass and can be damaged .

@ticomareado wrote:How can you tell if the one on the right is a '52 or '53 model? The one on left is definitely post early 70's by muffler provisions.

Well as Ken said not much changed between 51-54 but it’s easy to rule out the ‘54 because it has a larger bypass that consumes the lower cooling fin.

Anything before 1952 had a 4 bolt head so.... no gussets 6 bolt head and small bypass is a 52 or 53. The 52/53 differ in driveplates, but since Bob purchased a later driveplate then I have no idea of the exact year.

I just want to know why is the drive plate called cogged and not splined ??

@getback wrote:I just want to know why is the drive plate called cogged and not splined ??

Mount Washington cogged railway in New Hampshire.  I have ridden on this thing.  Highest point in North America.  Highest wind gust recorded ever on the peak.  240 mph if I remember correctly. 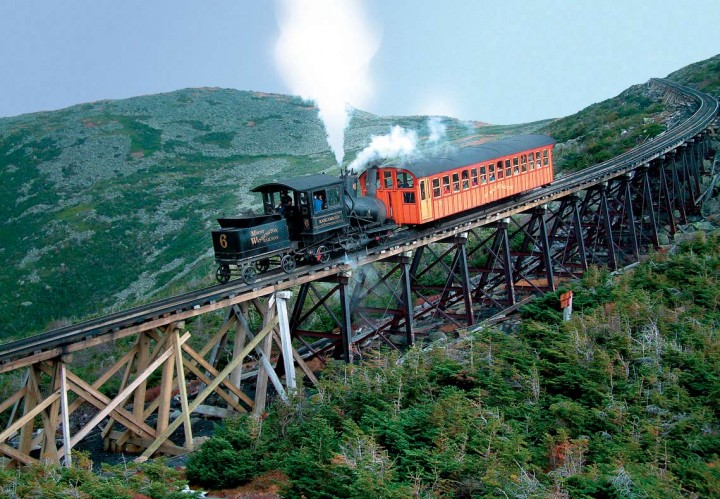 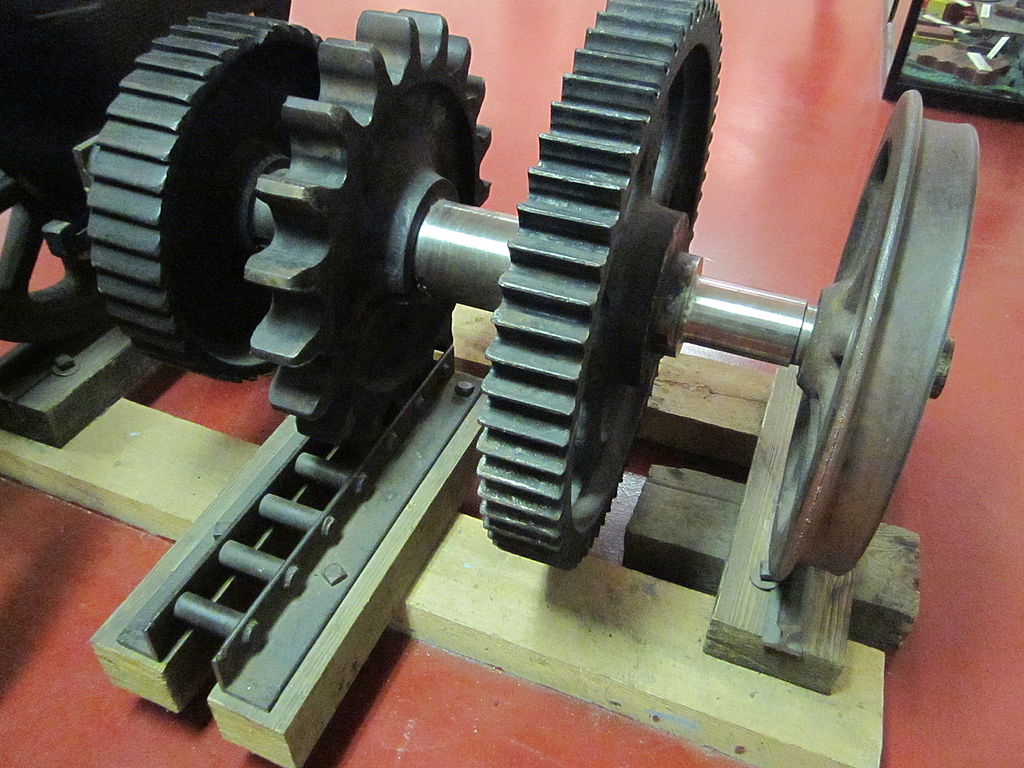 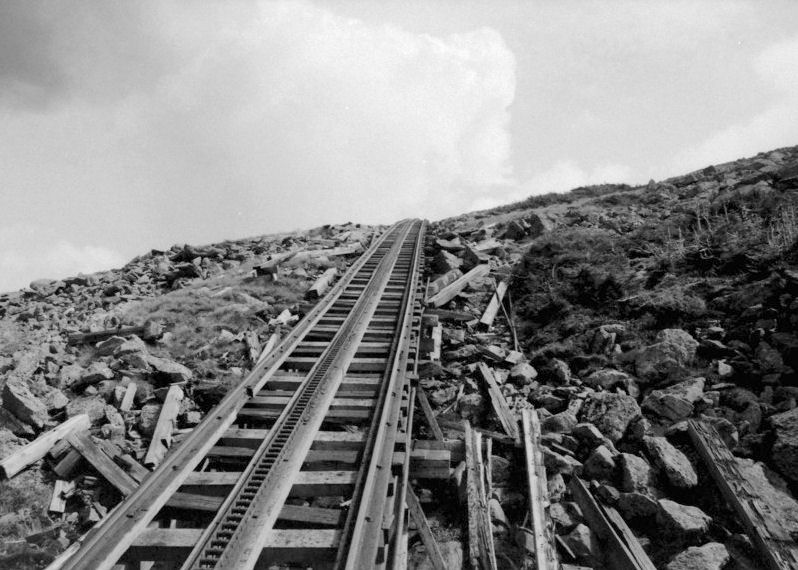 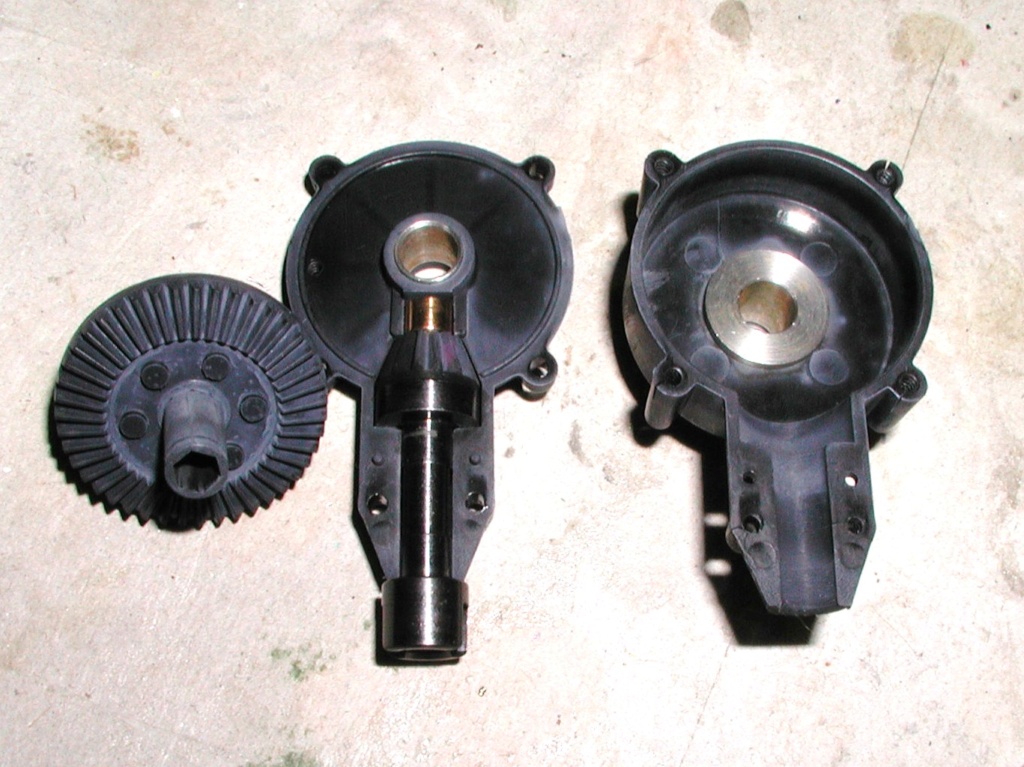 Or a rather gruesome example...My old MG differential. 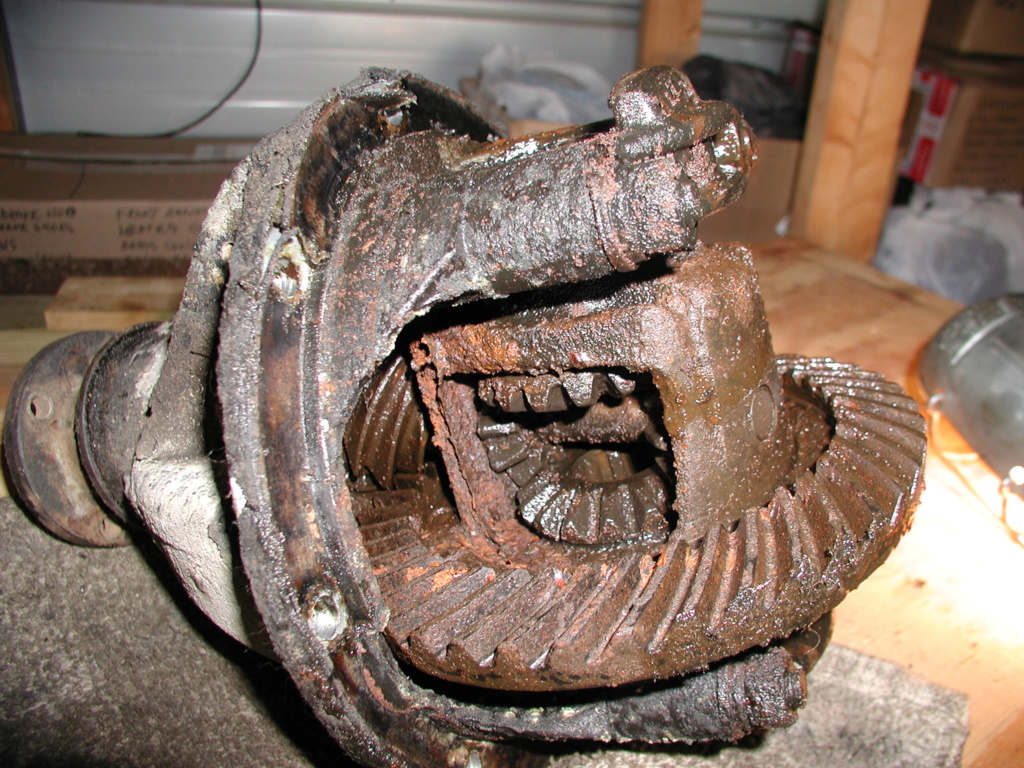 One thing to add is to check the clearance between the case and the back of the drive washer. Earlier drive washers were machined with a little extra attention. I assume they use a broach to cut the washer and there are some which look rather crude. Not only is the fit poor, the washer doesn't mate like the old one. You can audibly recognize the sound when the engine backfires as this is a indicator of a loose prop. The cogs and the drive portion have a lot of play making a loud clicking noise when the prop is flipped. This was a big problem with the Mark 3 Combat Special. Fox didn't provide a radius at the shoulder where the crank stepped up which caused a stress riser and the crank would snap off right where the crank exited.