» How does your Garden Grow
by Marleysky Today at 9:31

O49 pan glass or other

O49 pan glass or other

Anyone seen an 049 pan with mount to suit killer bee
Or could make a glass one 3rd choice us profile
Fusrlage & bernies profile engine mount any suggestions
Rex f.

Never seen a pan for a Killer Bee but a glass one would be neat .
Mike1484

Rex, most speed pans are designed for beam mounting as your more than likely aware of. The Killer Bee uses a product backplate. Even in the 50's engines like the Cox Spacebug  were utilized with just a L shaped bracket attached at the back of the case. I personally don't like doing this as I feel unless the bracket is of adequate material and attached properly, you give up rpm's due to vibration. The Cox speed pan designed for the TD is extremely fragile due to being magnesium. They're certainly becoming increasingly harder to find and the price lately has been reflecting it's rarity.

I built this pan from mahogany and bass. The upper portion uses a 3/32" 5 ply platform and balsa glued and shaped on top of it. The lower portion could essentially utilize a dado in the side halves of the body to encapsulate a product backplate similar to the way it's done in the ready to fly plastic models. My model originally had it's wing fixed to the upper portion. Currently, I use a bladder which is a real pain to use internally. If filled too much, I get into control binding issues due to the bellcrank hanging under the wing. I place the bladder inside a party balloon to insure it doesn't get punctured but when under pressure, this is easily done and has happened. Some time ago I purchased bladder material which was reinforced and it wouldn't expand in diameter like the newer stuff I have. This product was pink and skinny, it would expand length wise which was real good for my tight quarters inside. 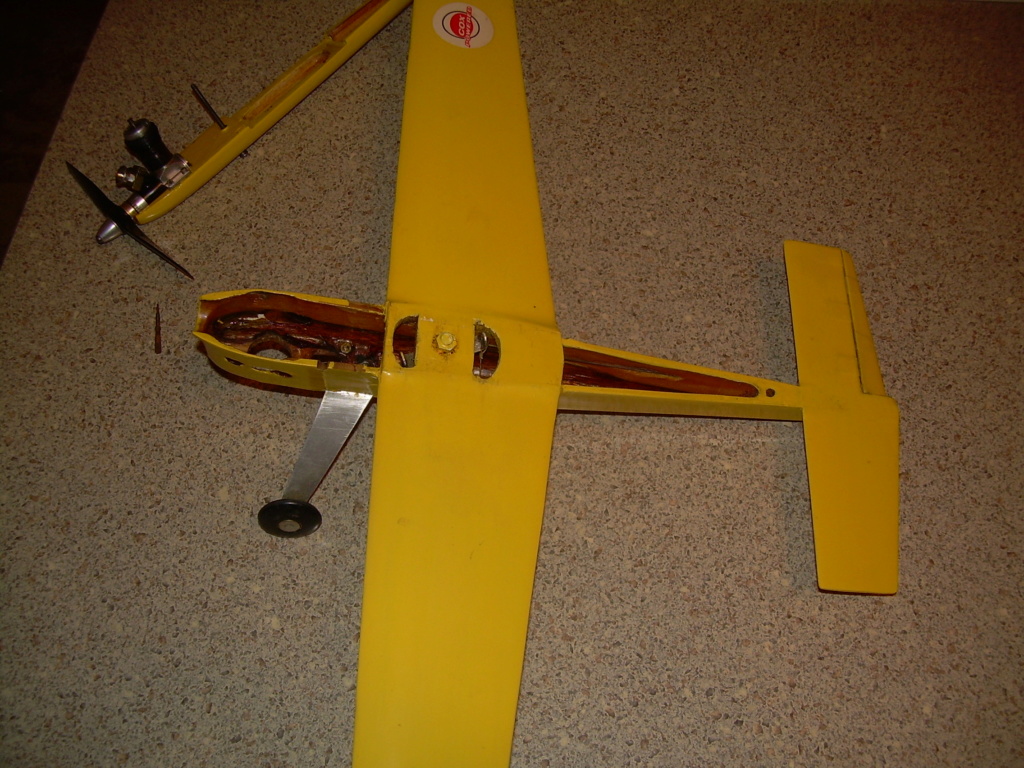 The front portion of the pan uses a continuous piece of 1/8" ply which has 3- 48 blind nuts bedded into it. In the event I was to use a product engine, this is where a piece of inverted extruded aluminum angle could be use with proper attachment for the engine of your choice. 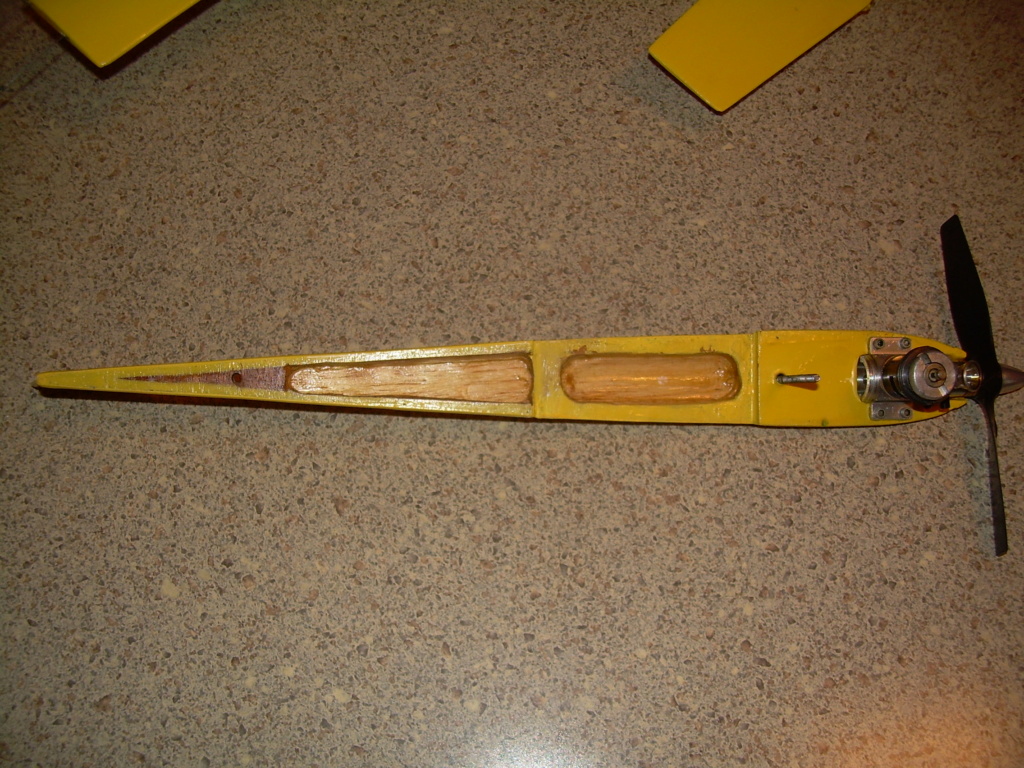 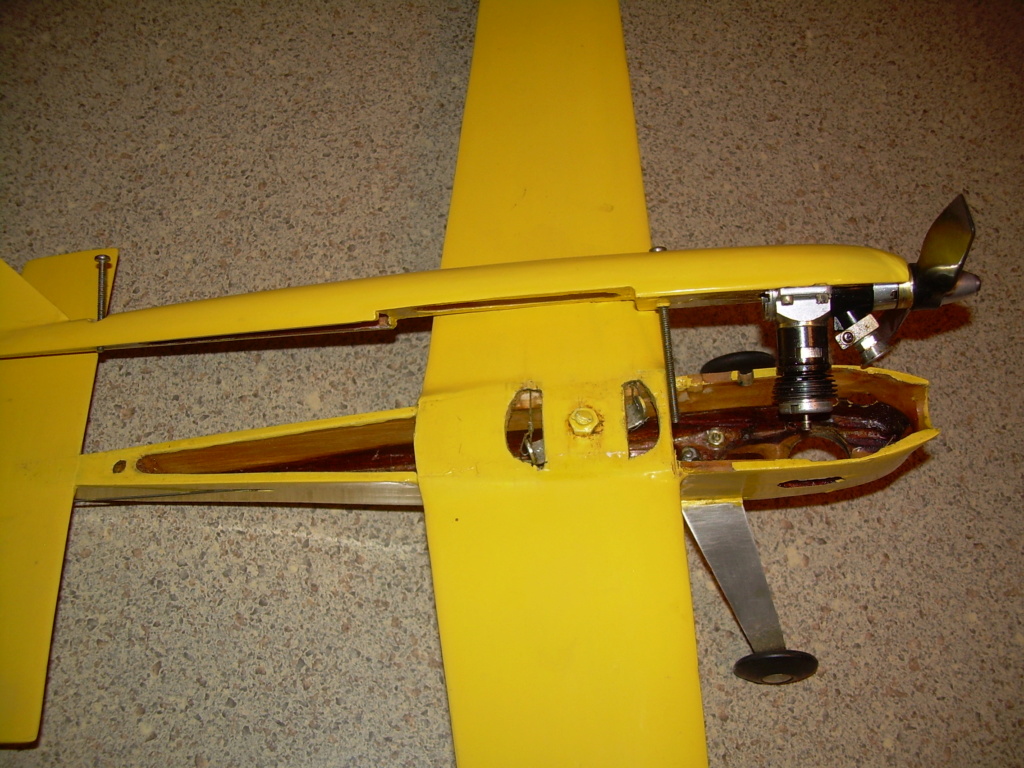 I have never heard of  a pan for a Surestart style motor.  I think just a standard radial mount - piece of plywood with 3/8" balsa fairings behind and blind nuts behind the plywood is standard on a profile fuselage. Here is a pic of a fiberglass pan.  It was an epoxy casting resin with aluminum dust in it.  Some mat was used.  The mold was from a Cox mag pan.  The interior mold was sanded at the bottom to make it thicker for landing gear.  The balogna cut was backwards on this one. Nice plane there Ken. 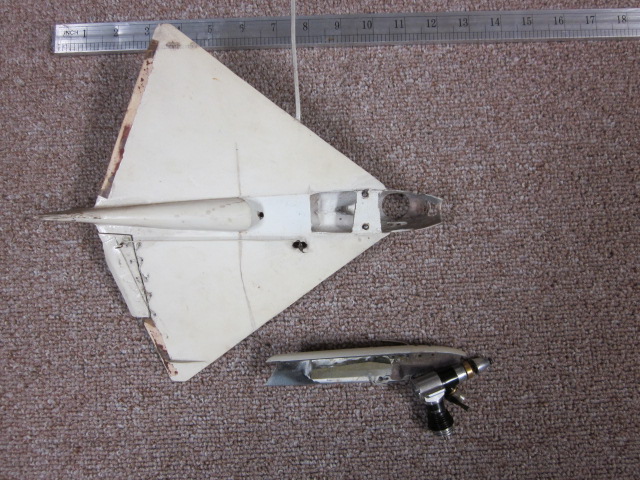 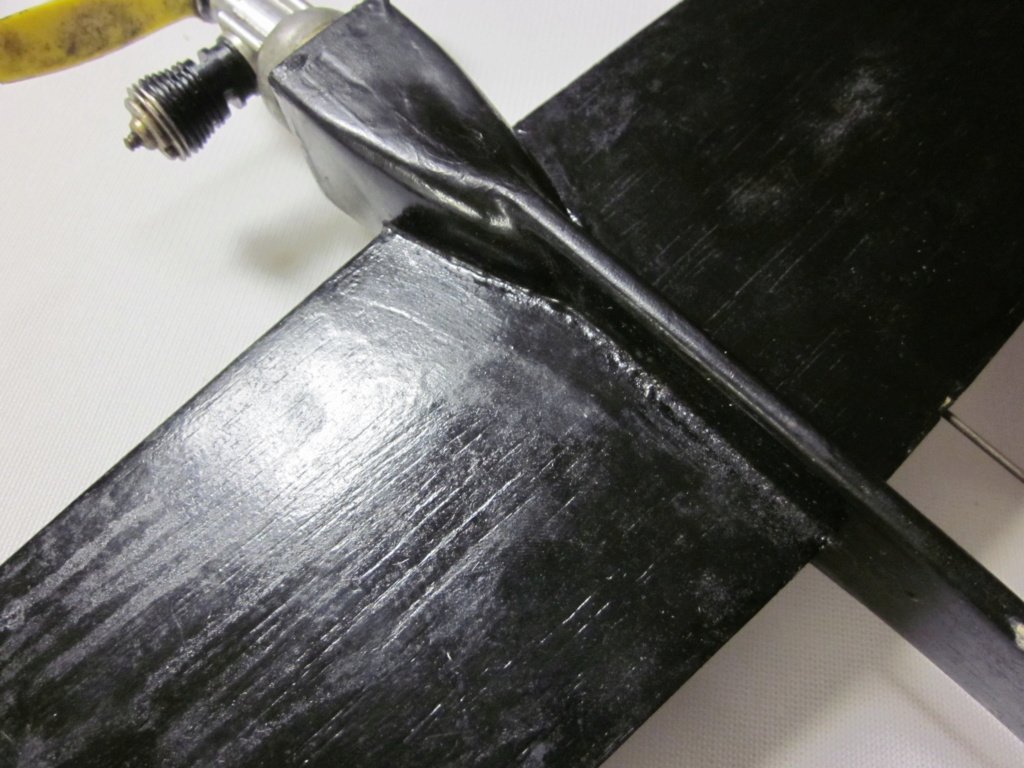 Closest thing I can think of is this magnesium speed pan I bought from Mike Hazel a few years ago.  Looks like it was made for a Thermal Hopper.  Unfortunately, it was not made with the firewall welded in at a 90 degree angle to the pan. 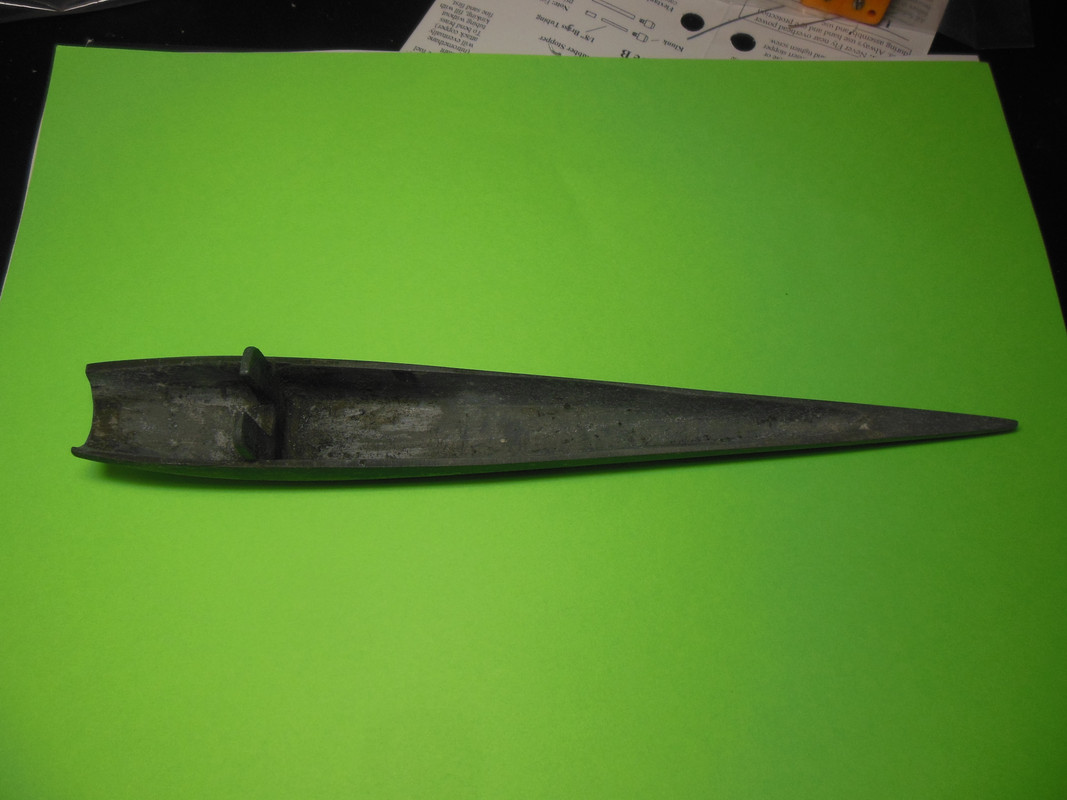 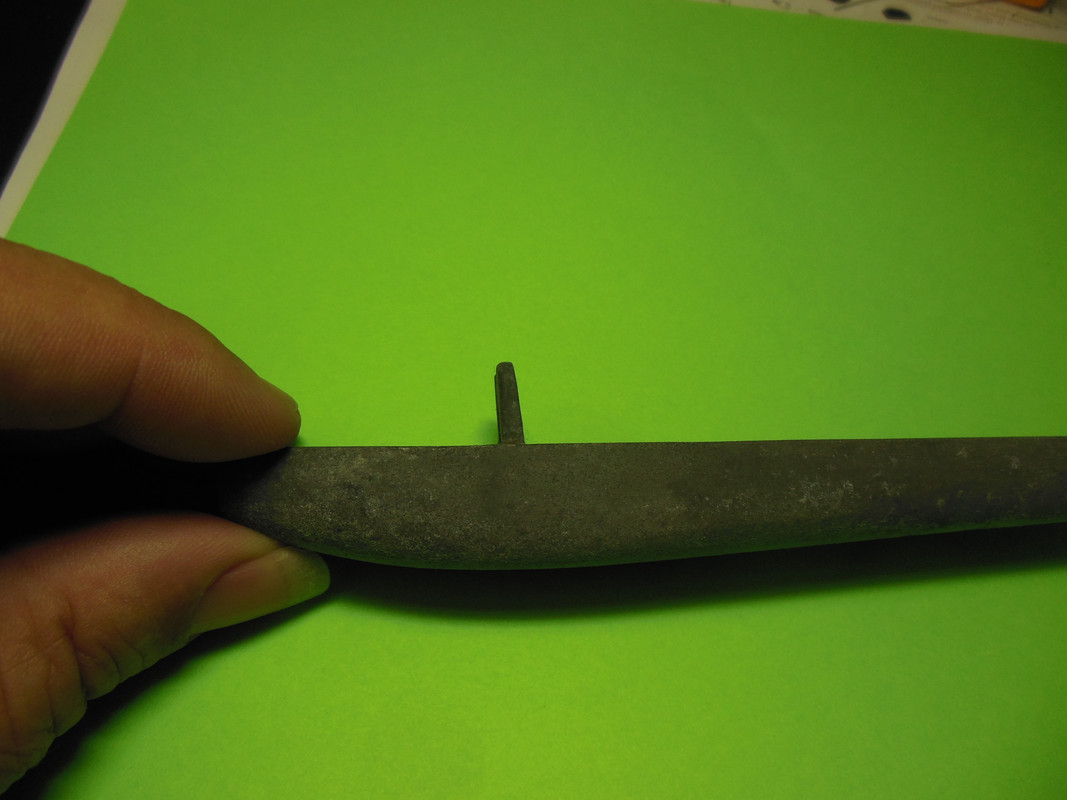 A product engine mount will not fit.  On the other hand, a postage stamp engine would fit. 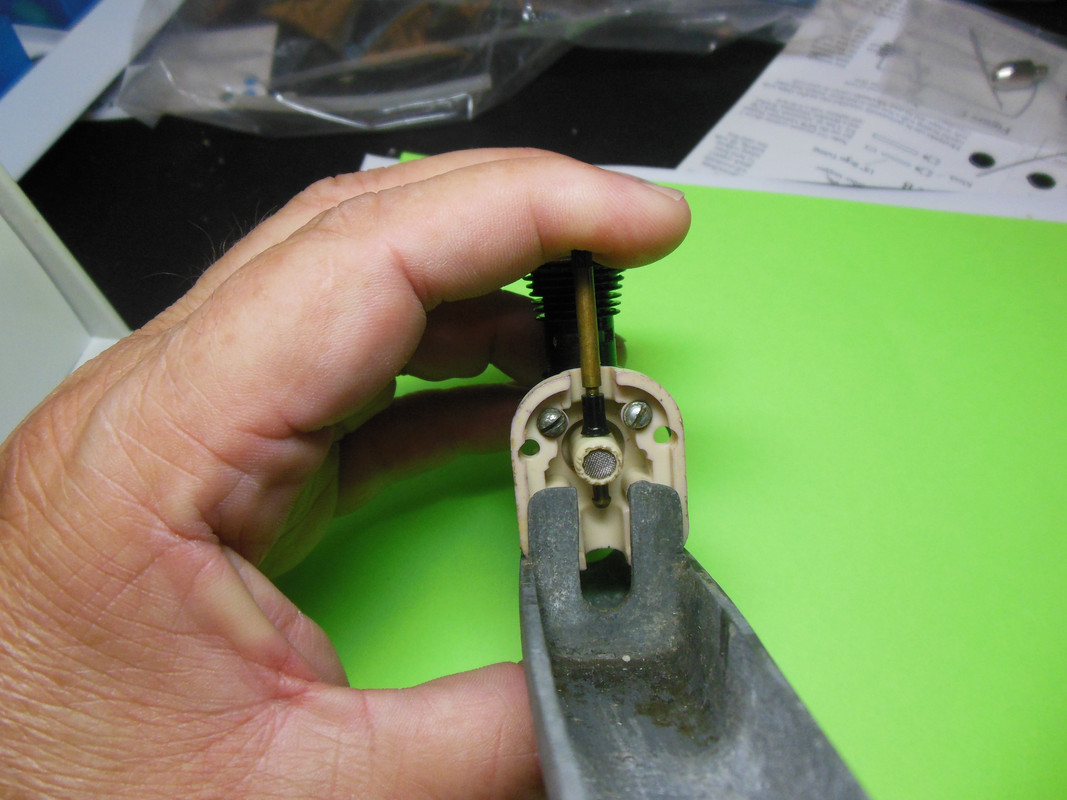 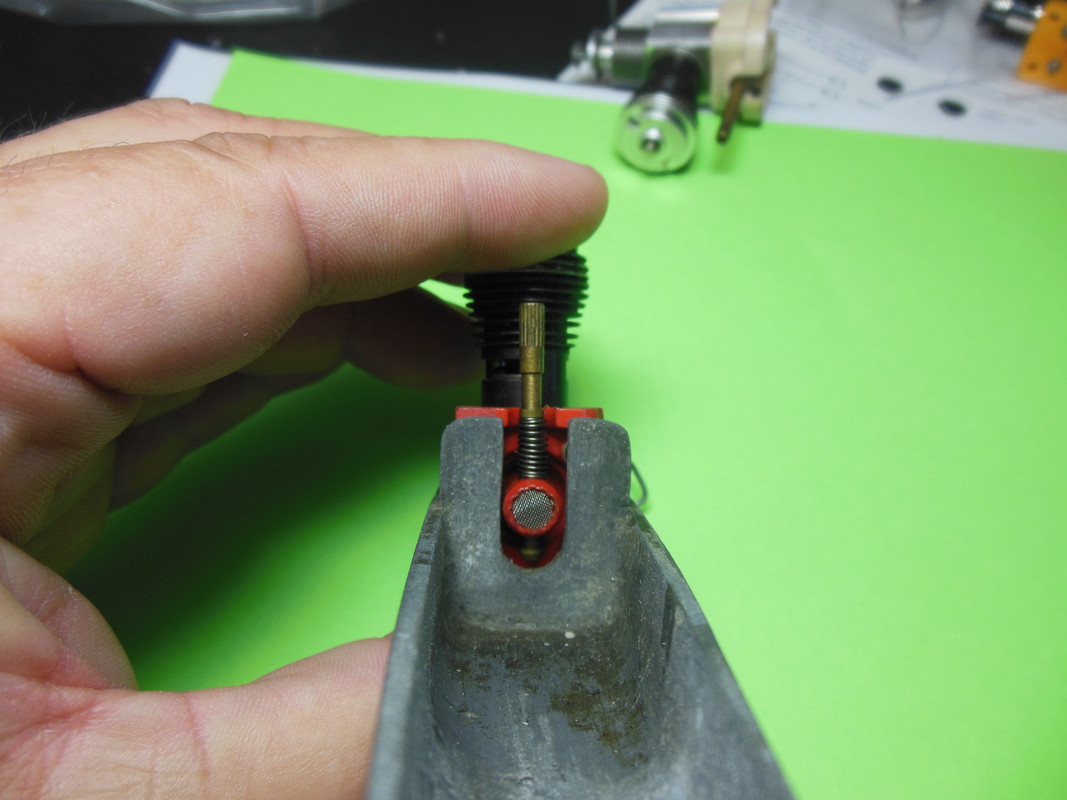 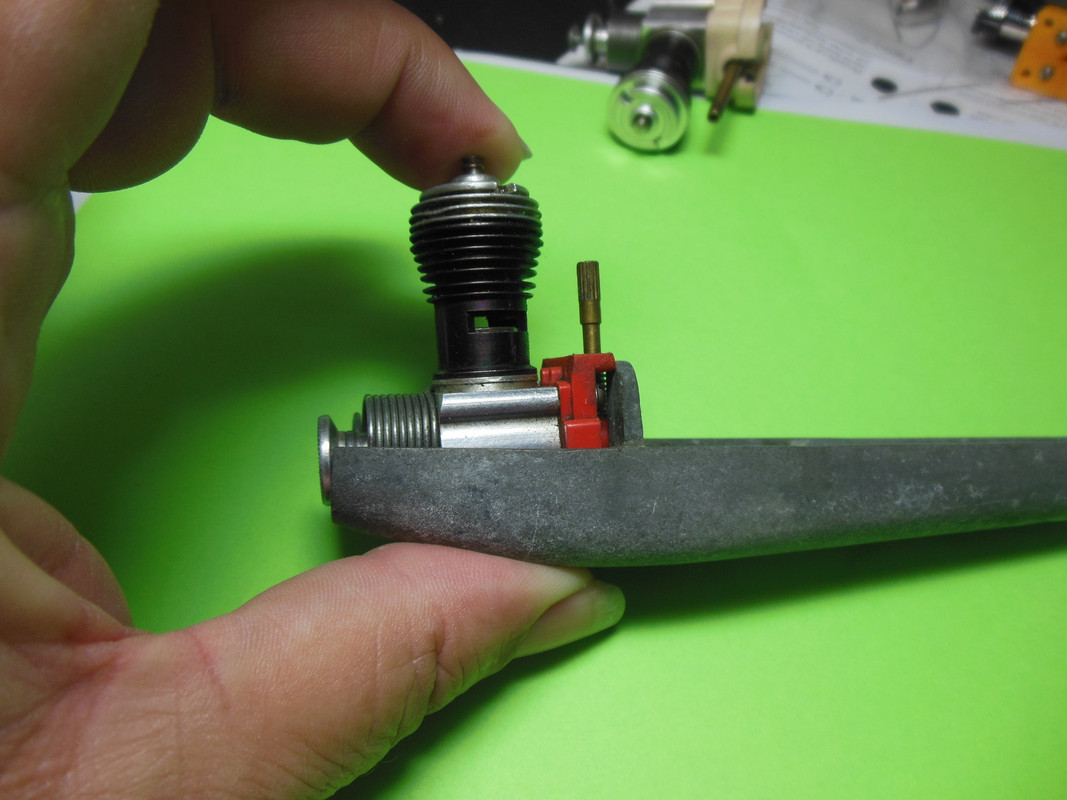 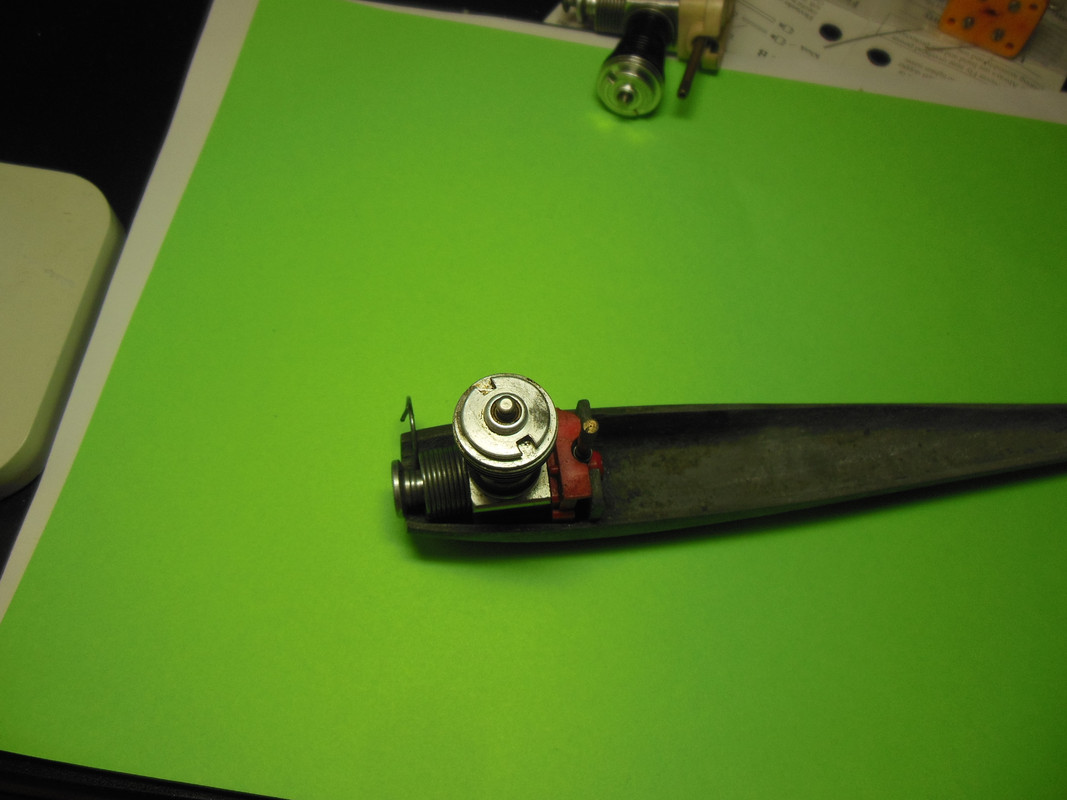 And, just for fun, it looks like a .020 helicopter engine would fit.  But what would you call it?  It’s too small to be a Mouse racer.  Shrew racer? 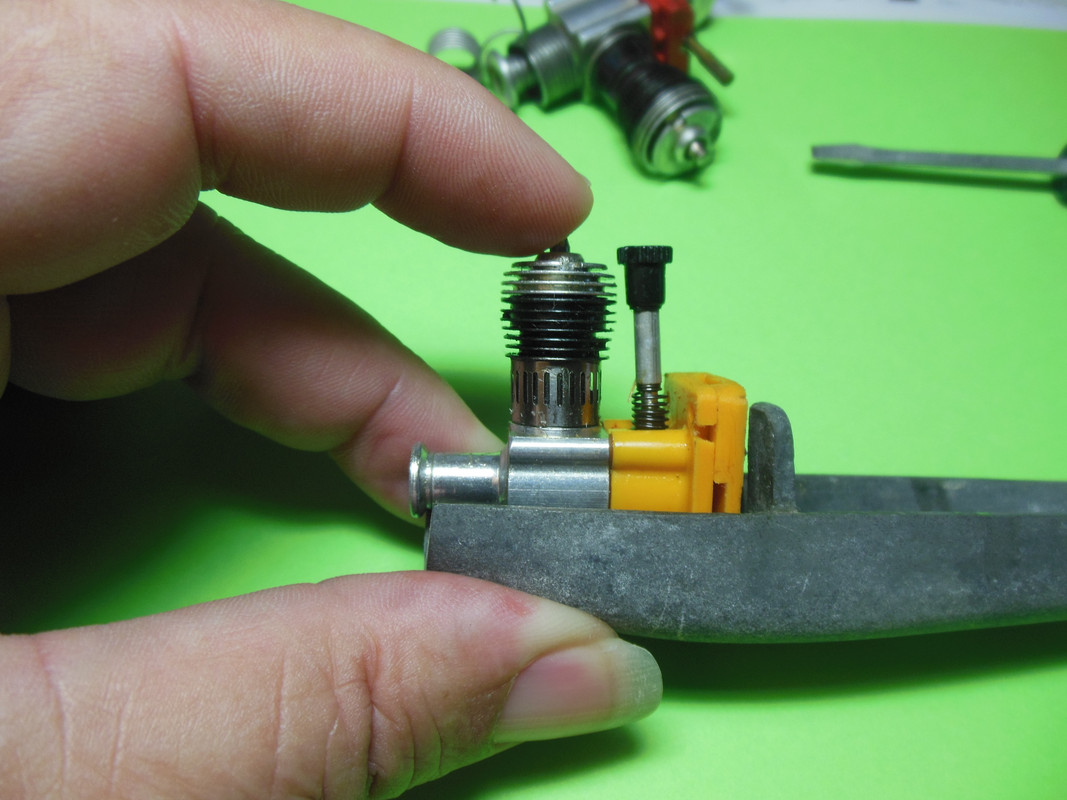 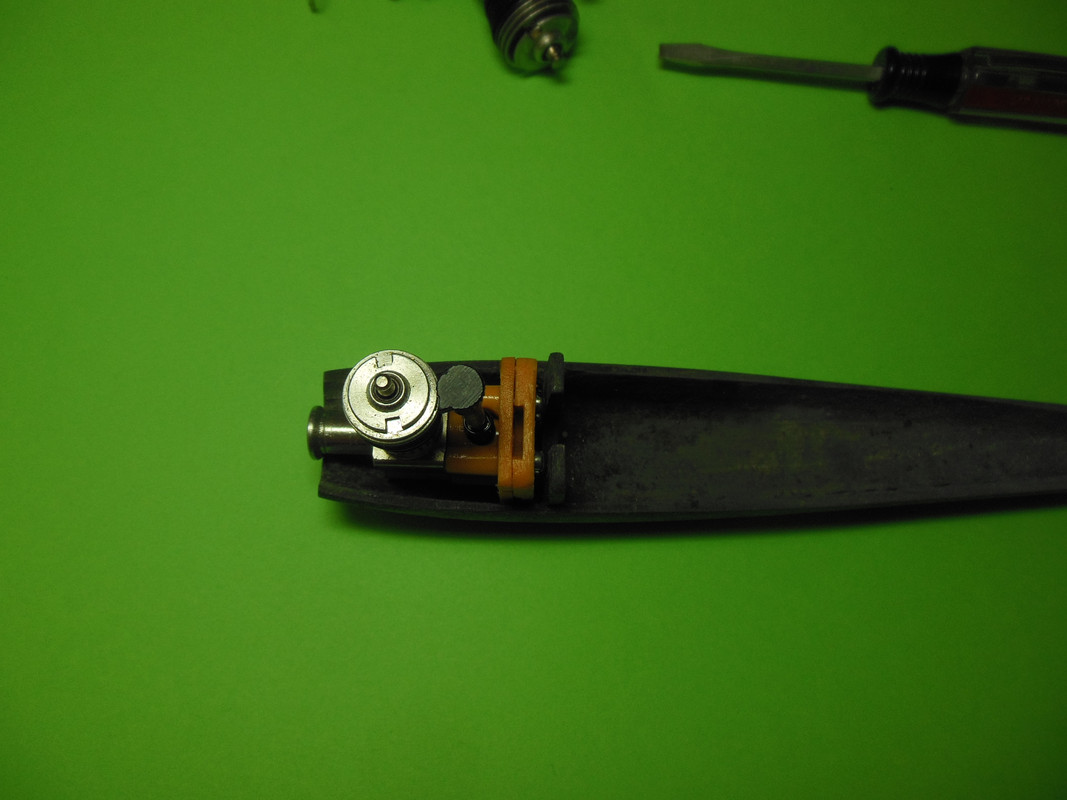