My understanding is that Mr. Oz is looking for the (EMF) electro motive force equivalence factor. All has to do with calories, But what do I know... Mark

"So that highly efficient battery/motor combination could have gotten its energy from a gallon of bunker fuel. "

Tico, you must be talking about the centrifugal meat head hula effect??? Mark

@coxaddict wrote:Hi,
Unless you use solar or hydro-electric power, the electricity you use to charge your batteries still come from burning fossil fuels. Don't know the efficiencies of Power Plants but my guess would be around 14 percent, as all of the energy is converted to heat and light. The light (fire in the boilers) is part of the wasted energy. The other losses come from heat that cannot be recovered and from electricity needed to run the plant. Not an engineer or scientist but you can't create energy, you can only convert it. So that highly efficient battery/motor combination could have gotten its energy from a gallon of bunker fuel.

If you read up about 4 posts from yours (and farther), all the math was done (thanks to a few that pitched in some info and links to info).

I was really surprised generating electricity from coal/natural gas is only 35% EFF, add to the electric inefficiencies, are 10% loss in transportation, and then ~10% in power supply, and another 10% in charger, then 20% in motor loss, sounds horrible.

Where as the crude oil to fuel is around 90% EFF! Not sure the loss in transportation, probably not much. The worst is the 5% conversion with the 2 stroke cox motor.

In my comparison with little data, the electric total EFF is somewhere north of 10 times the EFF and at least the same with cost.

My understanding is that Mr. Oz is looking for the (EMF) electro motive force equivalence factor. All has to do with calories, But what do I know... Mark

Not any more, went through all that with info and links give in this thread.

You are probably right in all aspects but bunker fuel is what power plants burn. Bunker fuel is what's left after all the other spirits (gasoline, kerosene, etc.) have been removed. Not the same BTUs as crude oil.

@coxaddict wrote:You are probably right in all aspects but bunker fuel is what power plants burn. Bunker fuel is what's left after all the other spirits (gasoline, kerosene, etc.) have been removed. Not the same BTUs as crude oil.

In CA, I guess we burn a little cleaner 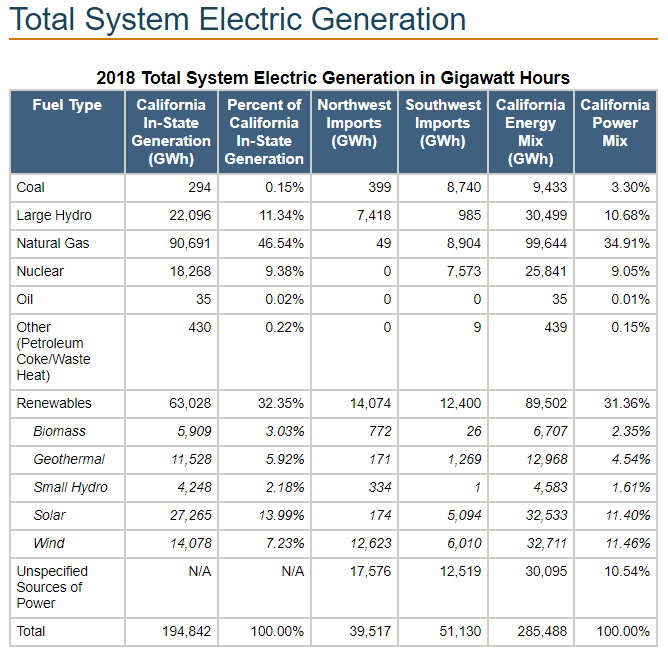 Well I guess I'm movin' to California. Somebody's got to scoop the poop and the needles off the sidewalks.

Tico, I think you are on to something big!! Recycle the poop & needles into a mutant bio fuel... California Dream'in !!! Don't mean to make light of the situation. Very sad nightmare... I'm sure we all know someone who is struggling with life, Lets do the best we can to help those who need help. We are all in this together!!! Mark

If CA runs on natural gas, and methanol is synthesized from natural gas. Isn't it the same in the end?

I like electric power for models, been using battery power since the 1970's. I also love nitro power, used it since I was 10 years old on my model planes. I still run my nitro powered cars and trucks as the smoke and sound from those tiny IC engines add another dimension to the experience. So technology moves at a break-neck speed. you can choose to embrace it or take it with a grain of salt. I choose to take it with a grain of salt.
Just went on an Alaskan cruise and chose to turn my cell phone off and enjoy what the cruise had to offer. There were 4,500 passengers on board in the middle of the ocean a lot of them complaining "I can't get a signal" LOL! You see them pacing the deck all hours of the day trying to get a signal on their smart phone. I bet you they never enjoyed their vacation!

Just read the link on California energy use. The state has 1,500 power plants and imports energy from other states and countries. Mind boggling! I don't think they run all those plants but bid for cheap power on the open market. Many of those plants haven't run in years as they can't compete. Talk about smoke and mirrors. Remember the rolling blackouts?

@coxaddict wrote:Just read the link on California energy use.  The state has 1,500 power plants and imports energy from other states and countries. Mind boggling! I don't think they run all those plants but bid for cheap power on the open market. Many of those plants haven't run in years as they can't compete. Talk about smoke and mirrors. Remember the rolling blackouts?

Its mind boggling that the power companies purchase lower cost electricity rather than generating its own at a higher cost that transfers to customers? The cost to live in CA his high enough as is. I read somewhere that US uses ~40% coal to power its electric generating plants (maybe that's old data), CA is using ~3% coal, I guess the smoke is in other states, wait, Hawaii mostly uses petroleum for generation. If I use a mirror and look at Hawaii, I might see where the smoke is coming from, lol, J/K.

Sorry to be compared with California. I notice everyone wants to vacation in California. Hawaii was mostly self-sufficient using biofuels deriving from sugar cane for over 100 years. We also reduced carbon dioxide in the air from the growth of sugar cane. Now all we have are tourists taking hour long hot showers in air conditioned hotels. By the way, buying cheap does not equate to selling cheap. Show me Your utility bill and I'll gladly show you mine. If you see smoke coming from our plants, you're super human,

I must have hit a nerve

Notwithstanding other details, Hawaii and Califas do have one thing in common: Overpopulation.

" I notice everyone wants to vacation in California." I don't. I visited the place three times and got my bellyful. In any case, a lot of people like to vacation in Third World places, but don't want to live in them.

"I must have hit a nerve"

Not really, I just reacting to a series of inaccurate and dumb statements. Who cares if CA has 1500 power plants and only use 2 of them and imports the electricity, that is clearly shown in the top of the table I posted? No company is going to buy high and sell low. As of ~4 years ago: "Hawaii gets most of its electricity from oil-fired power plants, and all the oil is imported. Electricity there can cost three times as much as the national average". The article also says there is a huge shift to solar in the last few years do to the high cost. That is a great thing.

If I purchased a 3KW solar system it would cost ~$12K installed (googlesunroof.com numbers) with EDIT: ~$4K ~$3K federal kickback and a breakeven point of 9+ years. The 9 years is a real turn off (~35% of the life of the system is waisted just paying for it without benefit to me cost wise). I been looking at DYI solar, about a 4KW system. 250W panels are under $100each now, I figure if I do most of the work and farm out the wiring/planning/permit, it would cost ~5$ - $1500 kickback for ~$3.5K cost and ~3 year breakeven, that looks much better than 9 year. Roughly saving $5K at the start, and then ~6 years earlier benefit on electricity cost savings looking much better now. Also thinking about a DYI power wall, at 25~35% of the cost of a tesla power. It all comes down to knowledge.

Actually I was being nice.  Southern California gets 50% of its power from 5 huge coal plants in other states. That's not revealed in your report. It makes CA look greener. Now they want to set up a power grid with other western states so they can supply cheap solar and wind energy to them. " If we had full integration, we wouldn’t have to curtail California wind and solar,” Cavanagh said. “California wind and solar is increasingly being curtailed in the middle of the day because we don’t have enough load to take it. So we’re turning off the plants. We could be moving that power out to Wyoming and Utah and giving them lower cost power and allowing them to run their coal plants less.” Smoke and mirrors. The largest supplier of coal and coal produced energy is in Wyoming. Hook the grid to them and CA can shut down all their plants.
This all started because you can't start a Cox engine.

the table shows total imported power is 32%, not 50%, from coal is 3.3%.
But there is a unspecified section, so I will give you all that power (I am being nice) as coming from "coal", so imported power from coal would be a whooping 13.7%, not sure how you read 50% (politician

This all started because you can't start a Cox engine

Where you you come up with this?
I can start these little guys pretty easy, looks like you just collect them (your words, not mine)

You know you're losing an argument when you start calling people names.

Here’s my preemissions diesel tractor starting up to grow food so you guys can argue over clean energy with full stomachs.

Hydro Electric and natural gas is the best way to go... In my opinion. Oz you may want to start your own forum, as you do have valid points. Very interesting data. All good things to you, Mark P.S the UFOs will figure this all out anyway, So sit back and relax!!!

Oz,
Thanks for the entertainment.  Never thought my stupidity would irk such a highly knowledgeable person as yourself.
I barely graduated from high school. By the way, the words you use and your phrasing reveal more of you than you know.
Good Luck

Watch a little tractor pulling competition, the diesels are pretty funny (in a way). 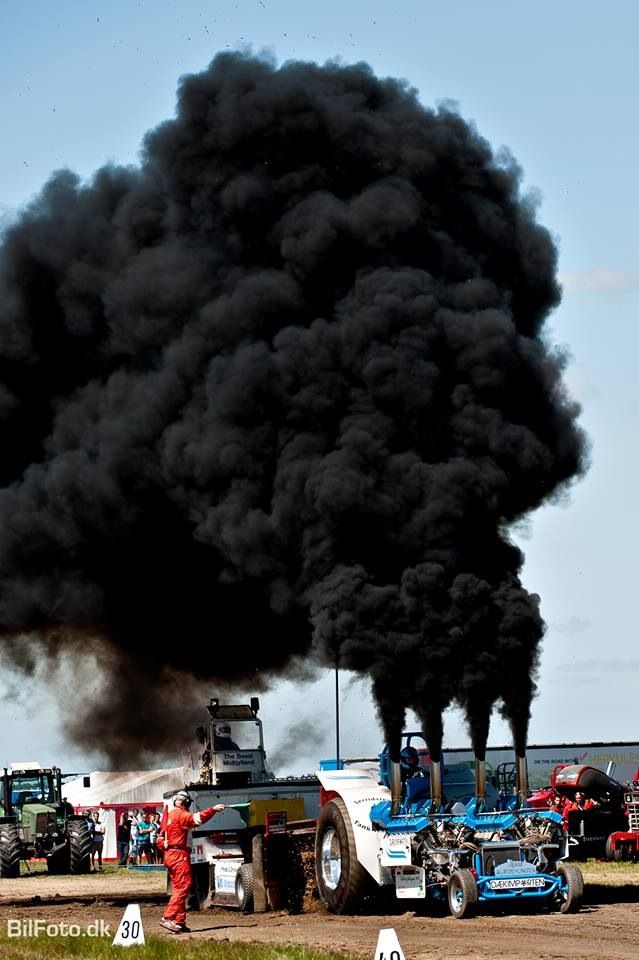