» Cox Conquest, mods and experiences.
by Surfer_kris Yesterday at 2:45 pm

Cox Corsair - No guts no glory

Cox Corsair - No guts no glory

Ha, Glory! I flew the thing.

First time since I flew a Cox PT-19 in the field beside the house about five years ago with Mark taking pictures of me falling down dizzy drunk.

No Mark this time, used my rinkey stooge instead.  This is the same Corsair that had the troubled engine that I sent to Ron, who promptly got it running.  So, we replaced the engine and Mark flew it this last Spring.  But, it had a 3 blade Wen Prop that wasn't up to the task, so I replaced it with a Cox 5/3.

Mark had to whip it to get it in the air and it flew a lazy round and round.  The Cox 5/3 did a much better job, took off after a 10 foot roll and flew actually so well that I attempted a wing over after several circles.  Wouldn't you know, the engine quit at the top of the wing-over and became a lawn dart.  So did I, falling to my knees but not the prone position I assumed with the PT-19.  Shook it off and inspected the pieces.  Broken prop but otherwise all is well.

Bench test showed promise, so I set up the stooge. 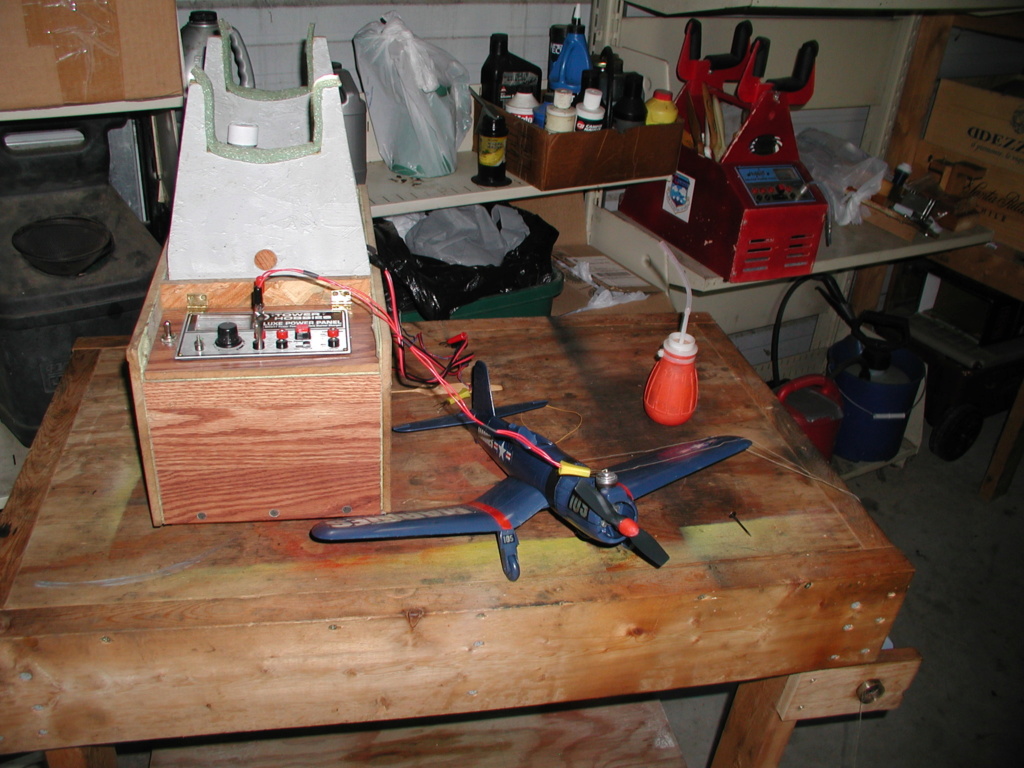 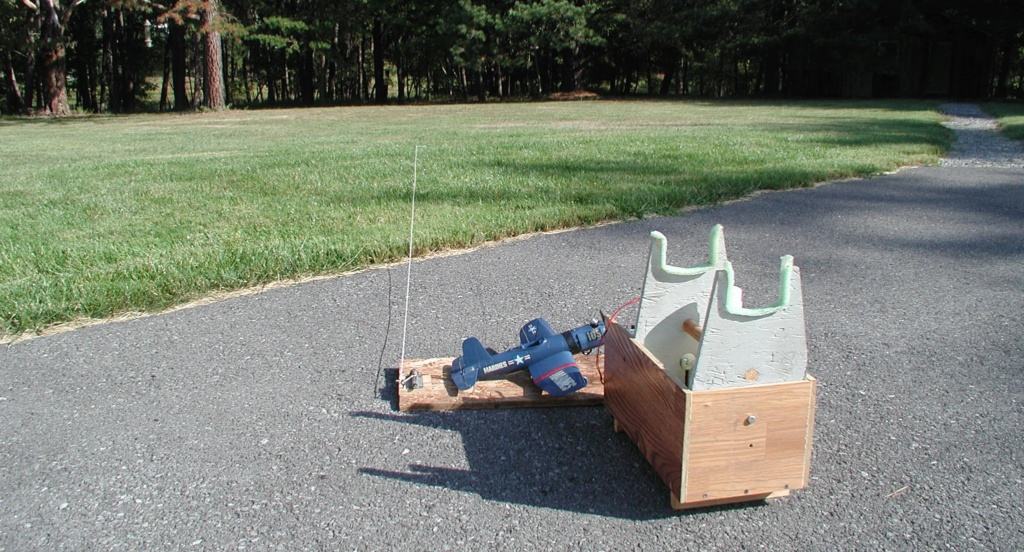 Straining at the leash.  Got to admit, I let it run there about 30 seconds burning off fuel before I let it go. 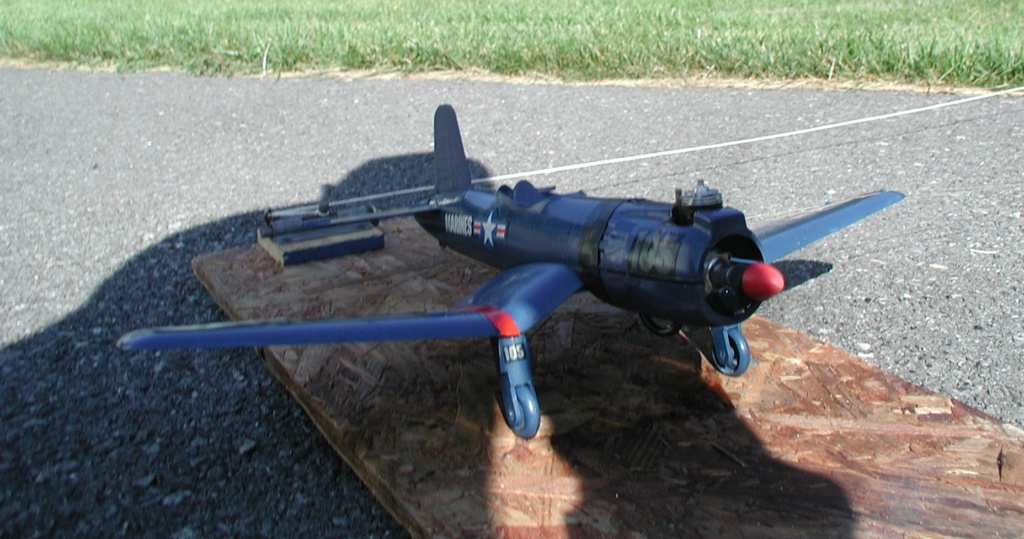 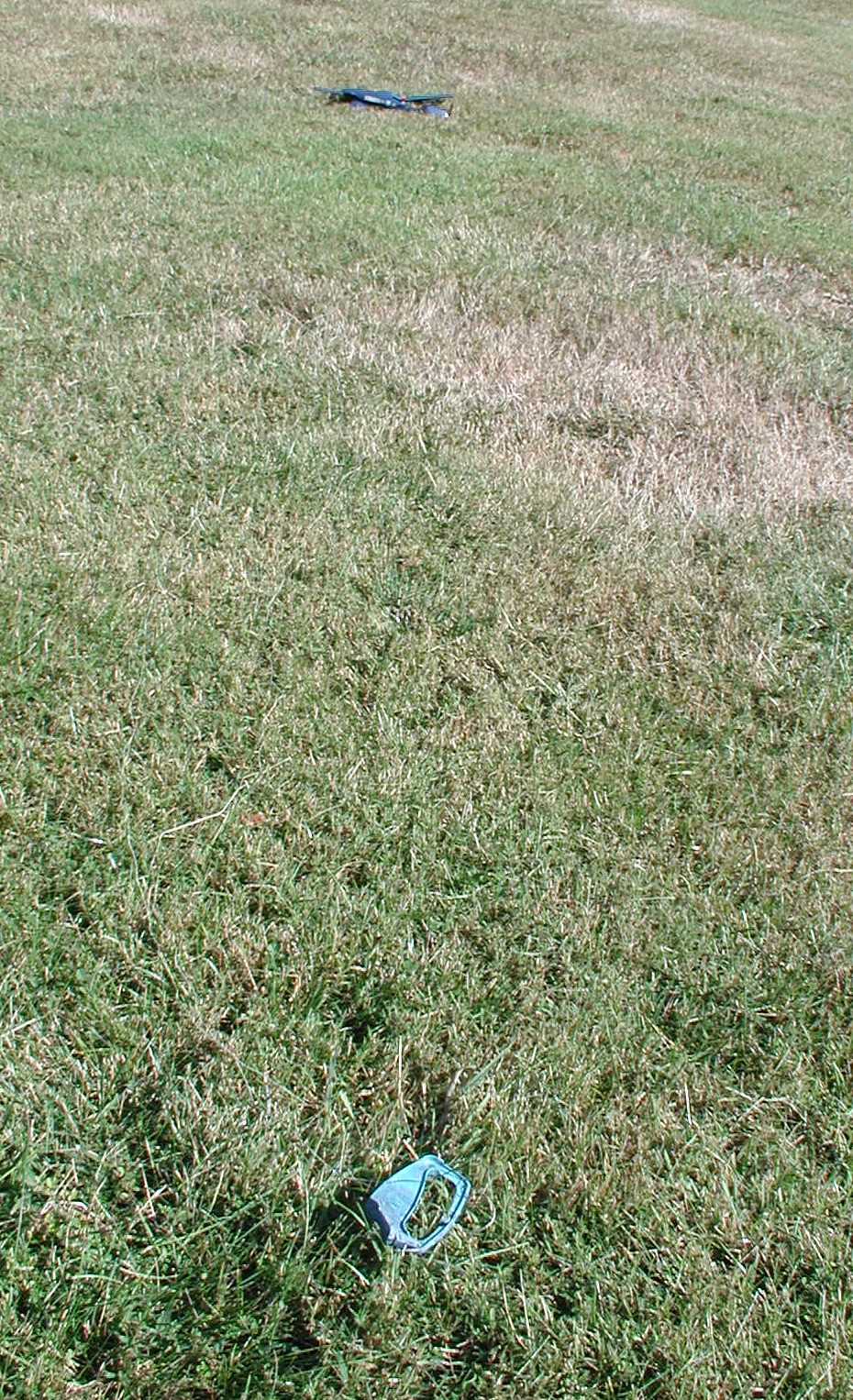 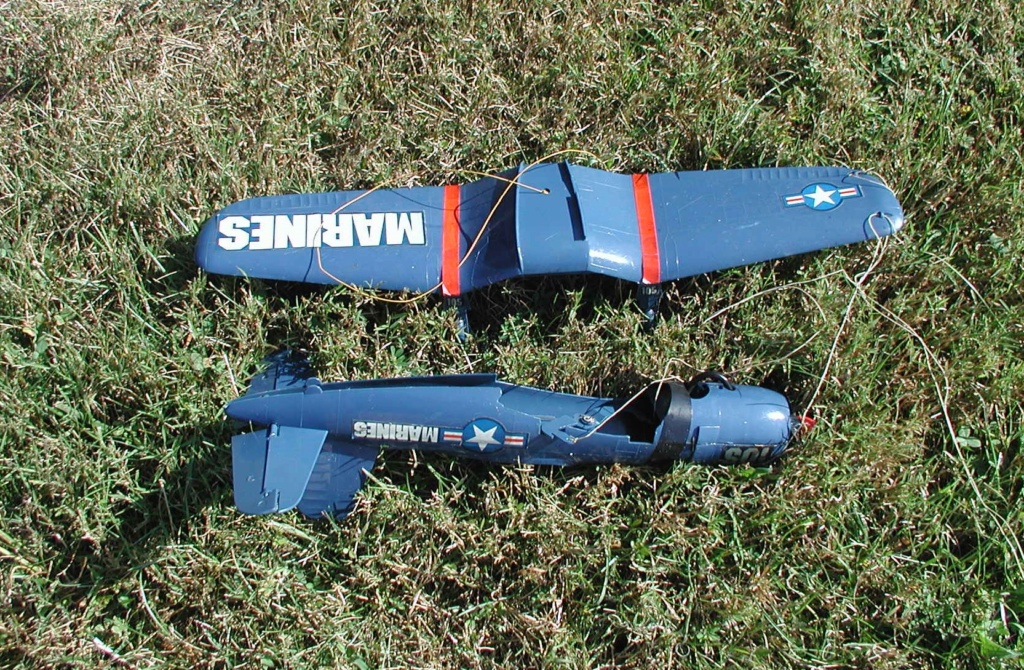 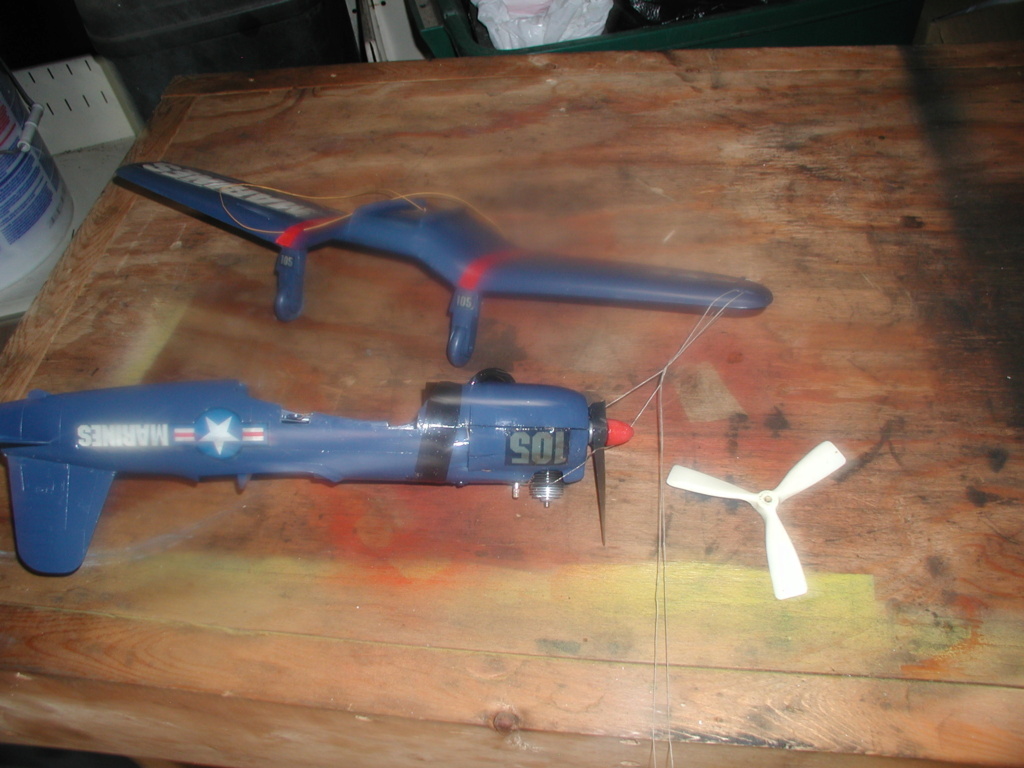 But it's a start.

Good job at putting it back up in the air. No major damage is always good in my books.

Got it cleaned up and back together. Simple Green and Remoil.   Replaced the prop with a 3 blade and a new color coordinated rubber band.

Also cleaned up the control handle that came with it, also coordinated.  Tossed the old oil soaked line which measured just 19' handle to bell-crank.  It zipped around pretty good.

Rubber band on these is a pain to attach, slips out all the time during assembly.  Cured that by routing it over the prop drive then bringing it down over the wing. 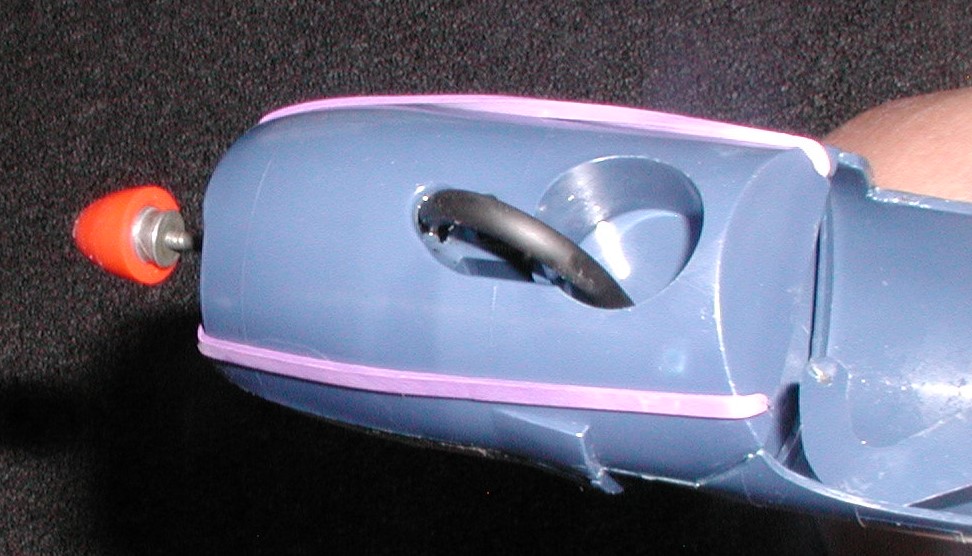 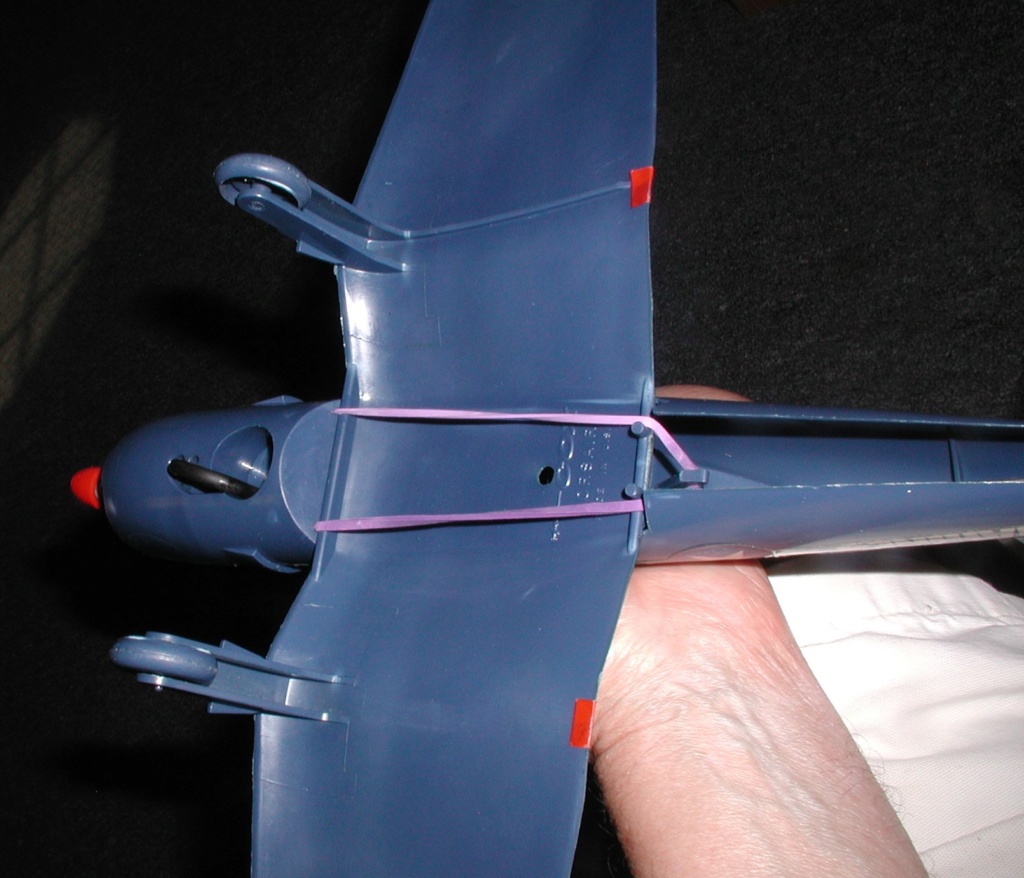 So much easier to attach the band on the Testors Cosmic Wind. 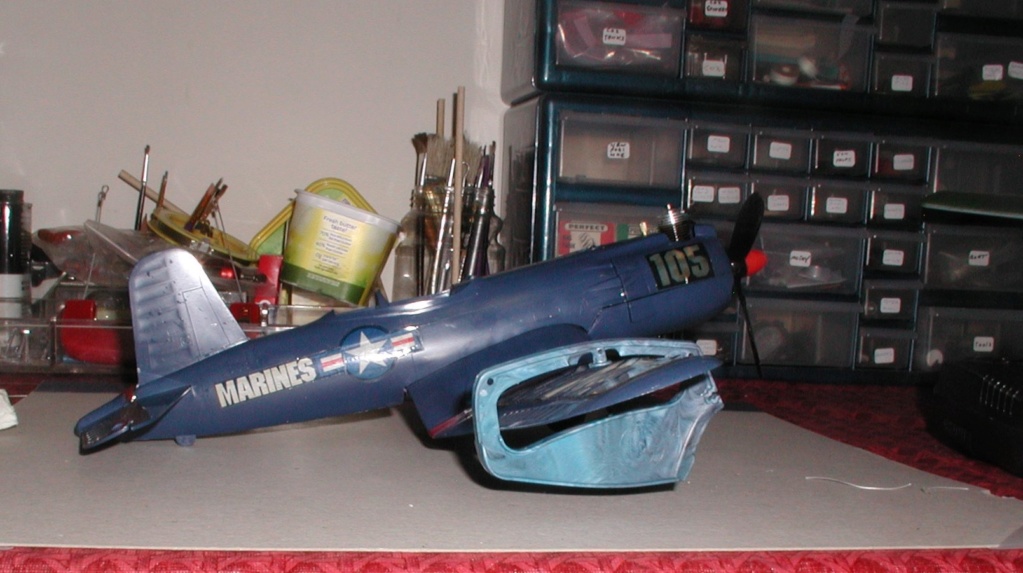 Going to find an original canopy and retire it.

Any body got a spare canopy?

I could build one out of balsa or perhaps heat some plastic bottle over a mold, but I would like to keep it stock.