» New Space Bug From Parts
by getback Today at 3:24 pm

» Follow Rusty's Memorial Traveling Engines!
by Admin Today at 2:16 am

» music vids.. some of your favorites
by fredvon4 Yesterday at 1:23 am 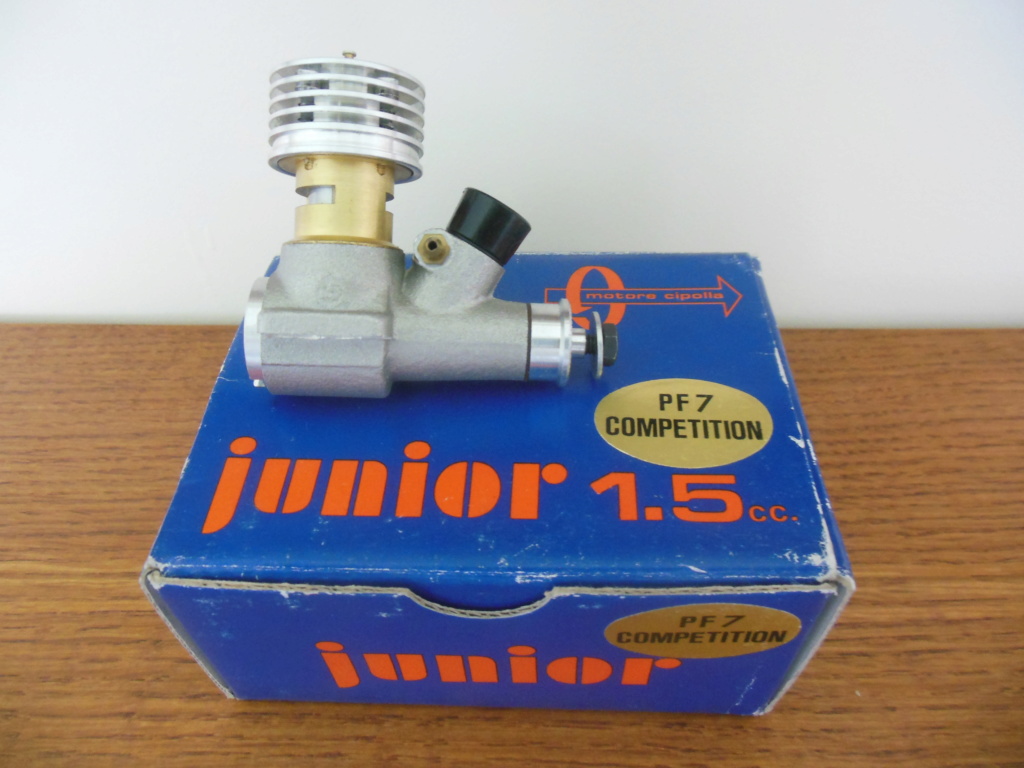 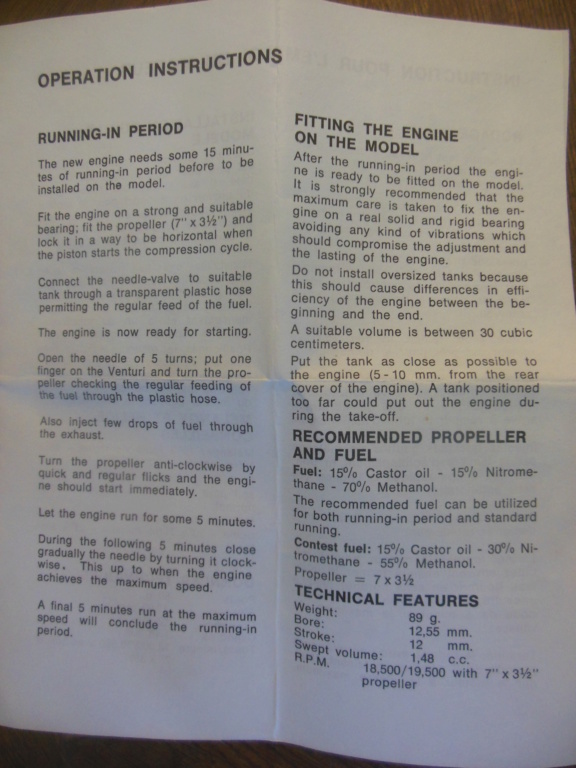 Unlike the standard junior - this one uses rather expensive button glow plugs. 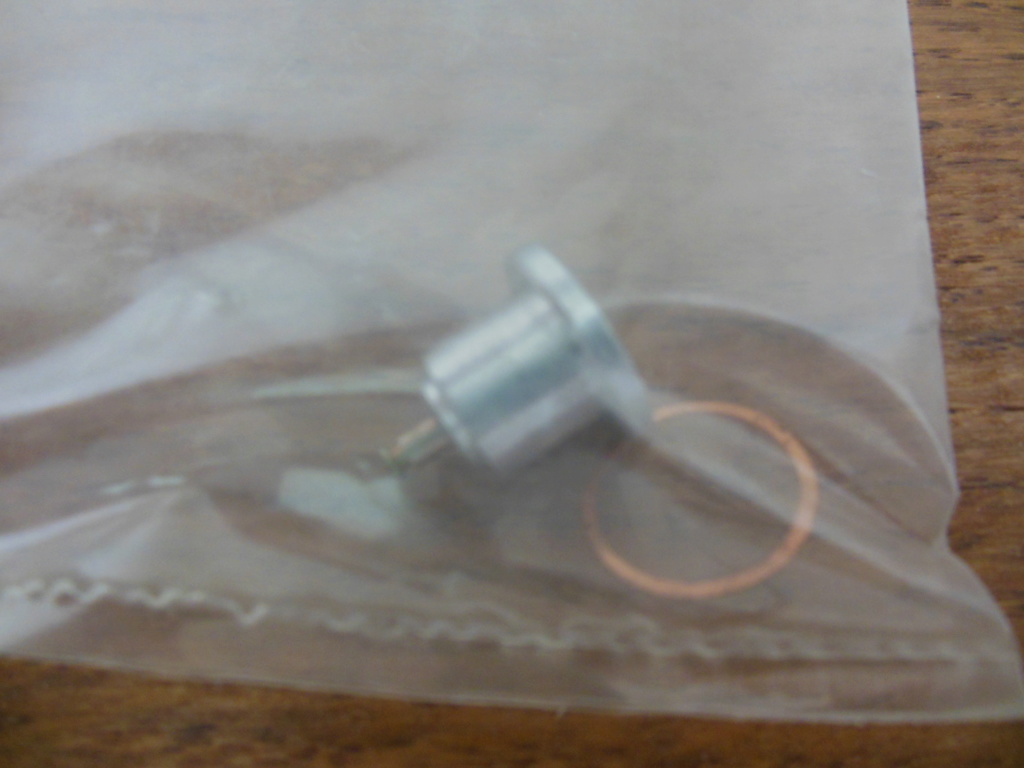 IAN! Wowie! A competition version of the Motore Cipolla 1.5 engine! I have never seen another one of these engines, and now you have a HOT one! The version that I have is the diesel example of their engine.

My intention is to fly this diesel on an Old-Time Free Flight model, and make it putt around in the sky, the way that I've seen the BMFA guys fly their models in the UK. I think that would be nice; I don't know if anyone else around here is doing it with a diesel. Alternatively, I could put it on a Jr. Ringmaster, probably.

Mine was N.I.B when I received it, and I have run only 3 ounces of fuel through it, during break-in. Very easy engine to operate! I don't know what the age of this engine is. 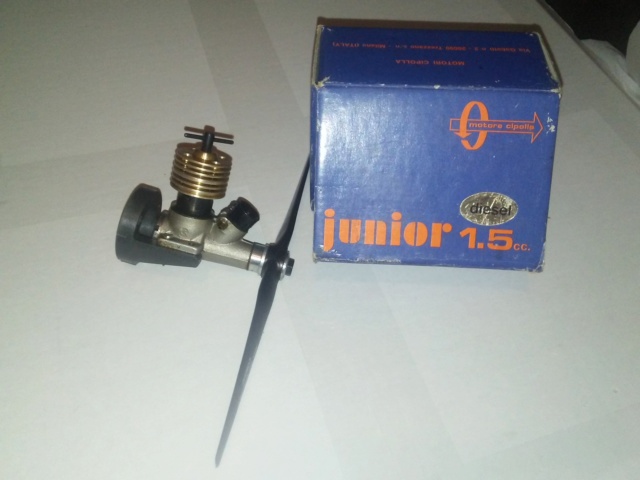 Ian,
Very nice Cipolla that would be a very potent engine on a light airframe.
I have a NIB Cipolla 1.5CC standard version that I got from an old time FF guy who, to the best of his memory, got it in 1979 or 1980.
Mine uses a regular glow plug rather the trick competition plug yours has.
I've been trying to locate a muffler/silencer for mine due to noise abatement issues in our area.
If you know of one I'd love to buy one.
Great score for you !!!
Steve....

Looks almost the same as the Novarossi .09.  https://www.planethobby.com/collections/2-09/products/2-09  Maybe the Novarossi is not ABC. I think a muffler would have to be made up from scratch. Maybe just a sleeve with a hole in the side.

They came with mufflers also: 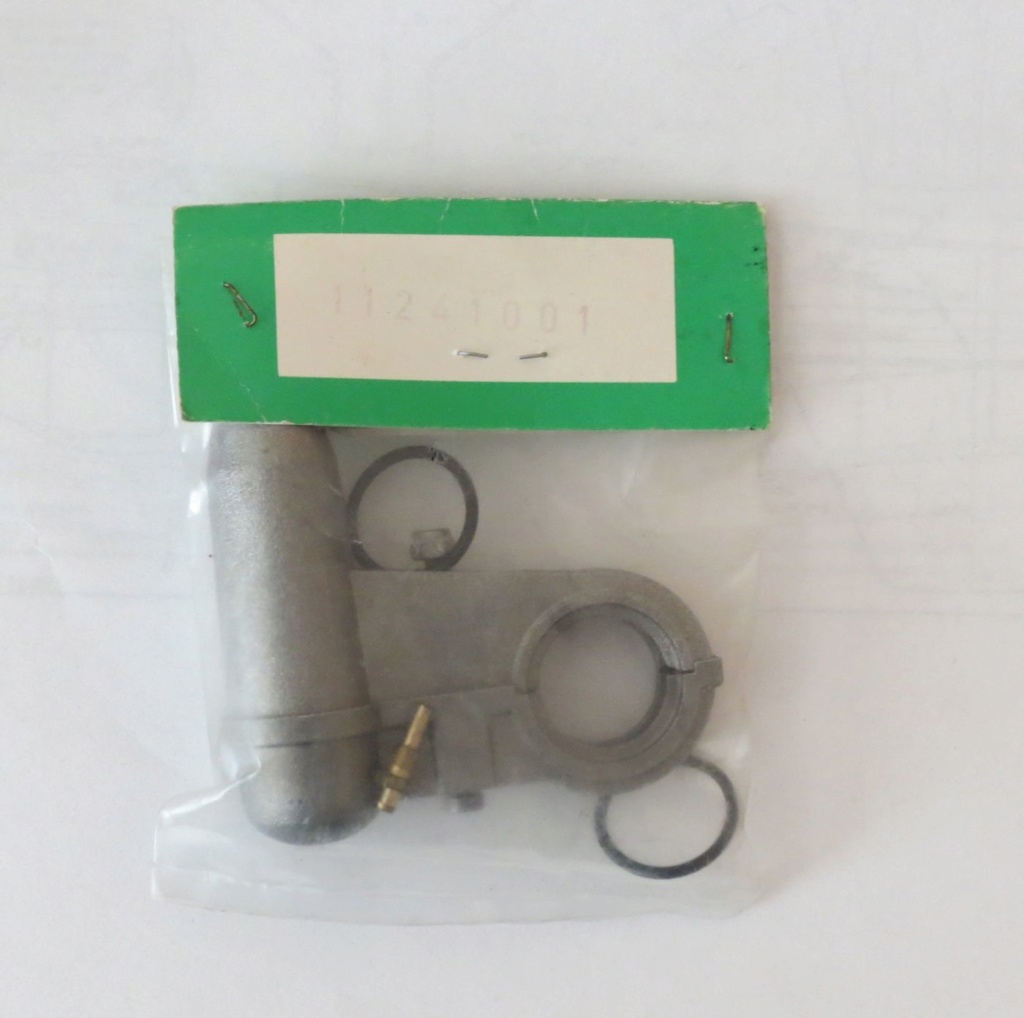 I wish I knew where to get a silencer for this. As usual with an engine produced in the mid 1980's and the manufacturer no longer in existence - there is no stock of spares anywhere.

The button glow plug on this is also Cipolla proprietry - I only took it because it came with 6 spare plugs, Non of the flying sites here would accept this engine without a silencer but the diesel PF7 is exactly the same but the button is replaced by a button with a contra piston. Diesel under .19 usually pass under the radar - although they fail the db test the sound is more acceptable,

I have also been told that the crankshaft on the PF7s can be prone to breaking especially when dieselised snd many owners heat treated them before competition use.

There were two types of muffler - one as shown by Surfer-kris and a simpler on that was just an annular ring, The fit all the juniors.

I suppose though that with the PF7 - it was bought for performance and no one woukld have wanted to fit a silencer,

There is an off chance that you could ask here. http://www.hobbyclub.com/index.php?main_page=index&cPath=44_67 He may have some old stock around that isn't listed. I don't know of anyone else that sold Cipolla stuff.

Thanks for the leads guys !!!

I have 3 samples of the more "popular""junior" but i know the PF7 are quite rare and I would like to have one too in my tiny collection ... can I ask you where you bought it?

I got this engine off EBay along with the Master 4cc some months ago. There were no other bids but I am slowly collecting Cippola engines and looking out for the diesel.

I also have the 2.5cc combat glow that takes the same button plugs but has a converter for normal plugs.

Here is something similar. I don't know the source, but thought someone may be interested. https://www.rcgroups.com/forums/showthread.php?3416151-CIPOLLA-Junior-1-48cc-09-C-L-FF-Nitro-Engine

[quote="ian1954"]I got this engine off EBay along with the Master 4cc some months ago. There were no other bids but I am slowly collecting Cippola engines and looking out for the diesel. 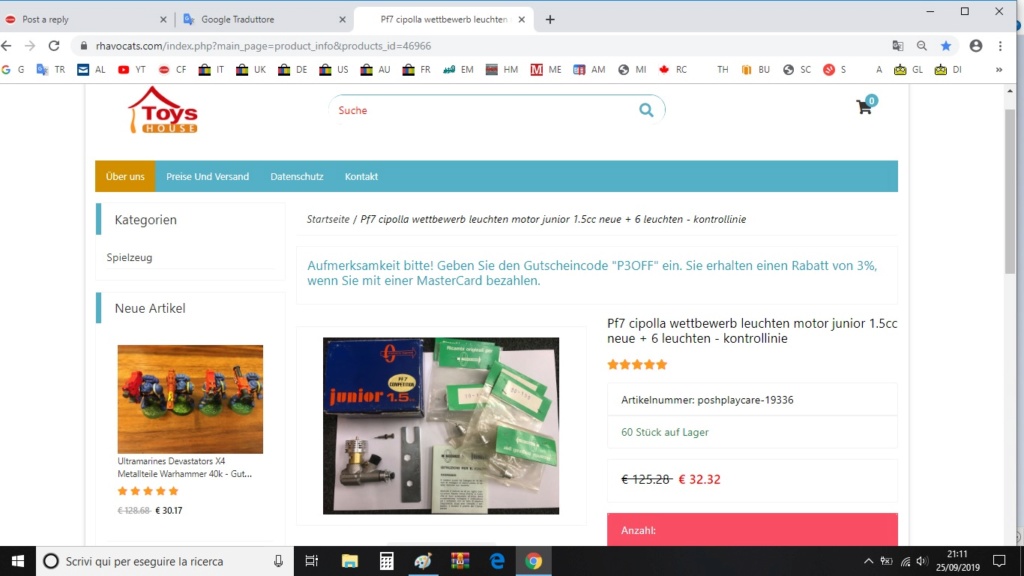 But I think it's a fake site .... I'm still waiting but I'm afraid I lost my money

Franz - You need to try and recover your money.

I believe that is the same picture as the engine I bought from Ebay. I have checked and I bought this engine in March. Unfortunately, because it is more than 6 months ago - Ebay haven't kept the listing with the pictures. I was immediately attracted to the button heads.

The price on this site is too good to be true. The 6 spare button plugs are worth more that 37 Euros - they also fit the Master 2.5cc combat and are Cipolla specific. A little bit like trying to find a small thread Cox head and bidding on these starts at £8.

The other indicator is "60 Stuck auf lager" - 60 pieces in stock! Not likely.

The box has the same scuff marks as the one my engine came in.

I am sorry to be the bearer of these tidings but I have the feeling that you already thought something was wrong.

I apologize if I'm going off topic , after then we don't discuss anymore but I would like to explain the fact better
In fact it is really suspicious , after paying I immediately realized something was wrong.
For exemple the number of available pieces it has not become 59!
I then searched the web again but deeply and on rcgroups found this post dated February 5th 2019 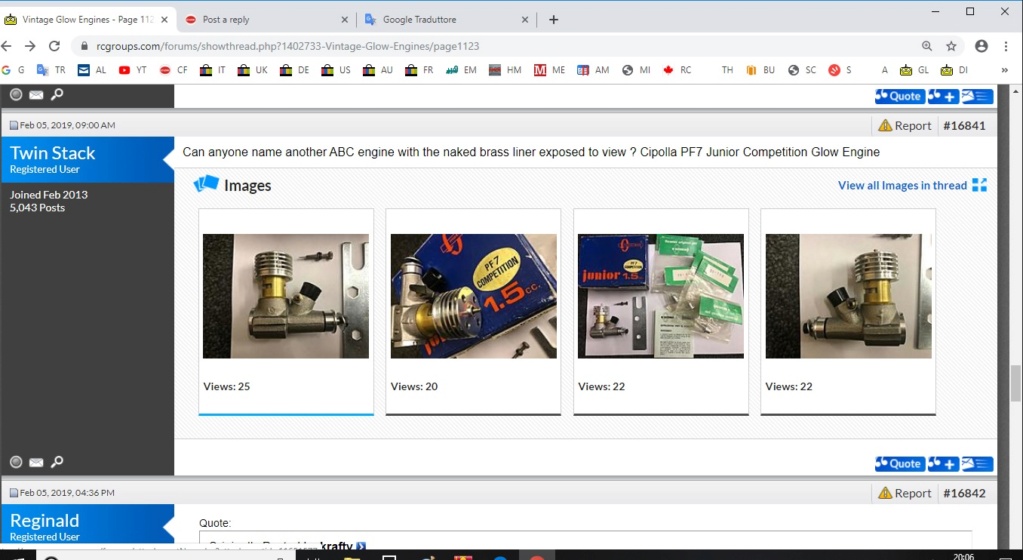 The 5 photos are exactly the same butmy "vendor" has also 3 other photos ..and the story it's not over, the following Monday they send me a nice e-mail saying that within 3 working days they will send the package

In fact, two days later I received another mail with the tracking number and also saying that the package will arrive via China Post or China Post EMS!

they are really devils

We all go off topis - it is the way of the world on this site.

I do hope that they have not obtained financial information from you that will enable them to extract more money.

I do hope that they have not obtained financial information from you that will enable them to extract more money.

O , yes , you have to know that for online purchases I use a prepaid card in this way I can only charge a little more than the amount of money I need.
Unfortunately they have my data, that's why I changed my prepaid card so I hope I have reduced my losses to 37 euros
A very strange thing, however, that before blocking the old card I checked what they took ..... after about three days they took only 36 euros (+1 euro for the transaction) and not the total sum of around 55 euros which there were originally in the card ... boh

One of our club members got taken for 700USD trying to purchase 2 Saito twins from a Chinese site. When he told me he sent a wire, I knew he wasn't going to get the engines.