Sorry if this may be an old subject, but my search came up beans.
I am interested in the Wen Mac engine lineage.By cast model number is my standard.
As best as I can tell, there are EIGHT named variants; of course within each named
variant the are surely un named deviations.
So forgive my lack of knowledge. I started collecting Wen Mac motors that I had as a kid about 2 years ago.
This has been a lot of fun for me, and a rewarding experience. Here is my knowledge of
cast model numbers;

MK 1 (or first model) - Just cast "Wen Mac" on port side. No MK#.
MK II seems to be the most available model. Many variants as I see them.
MK III
MK IV
MK V
MK XI- very elusive. I recall seeing one a few years ago but this is one I am still looking for.
MK XII
MK XIII

Notice lack of MK VI,VII, VIII, IX, X, if my search is accurate. I don't know if Wen Mac produced any
engines bearing these model numbers.

There was an extensive history of pretty much ALL Wen Mac engines on Mark Boesen's .049 collectors Group on Yahoo.

I've got a copy of it buried in my drives and will post if I can find it, or maybe he will check in here.

I sold a bunch of Wen Macs, Cubs, and Testors engines last year on ebay 40+. Wish I hadn't now that I have an interest in them.

I don't do Facebook so I can't see those pictures. Do you have a picture of your collection showing the designations that you could post? I still have many Wen's that I could check for you.

I have the info that I think Kim's referring to but it's in a Powerpoint presentation. Not sure how to attach that here. It claims there are 27 different variations, with a number of variations within each "Mk". A lot of these variation came about through updating a model and utilising their existing stock of parts from the previous model. It also includes things such as starter or no starter etc. 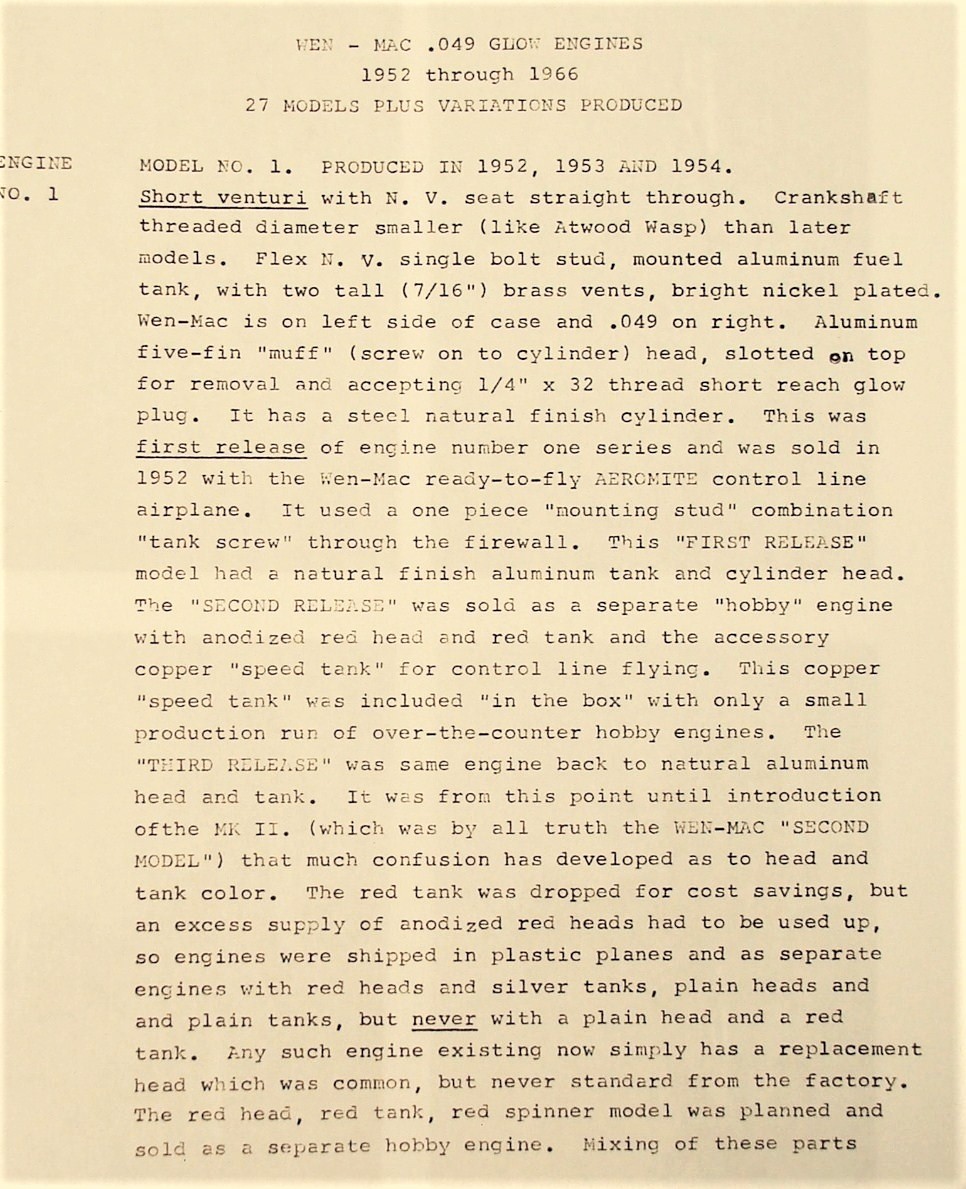 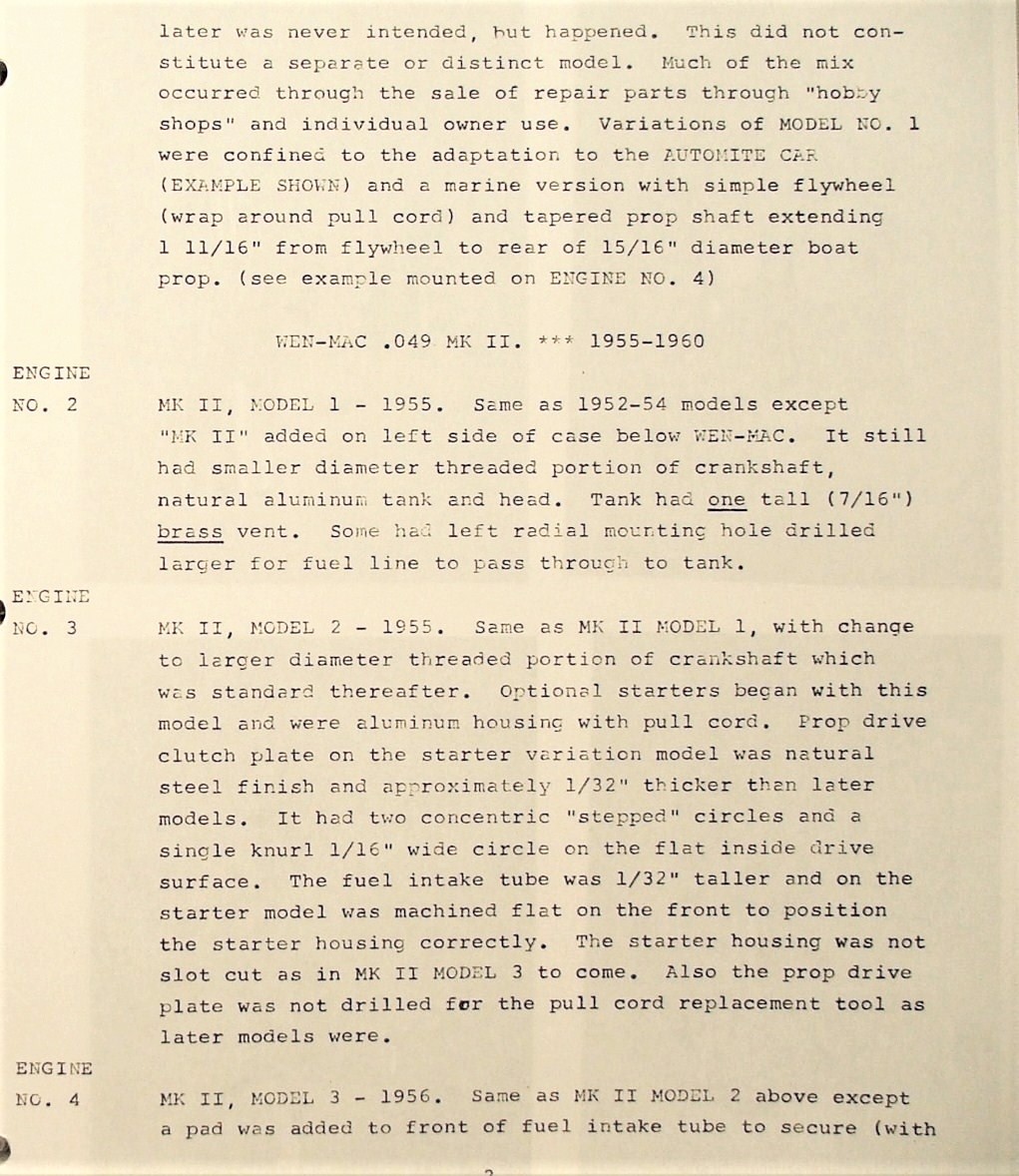 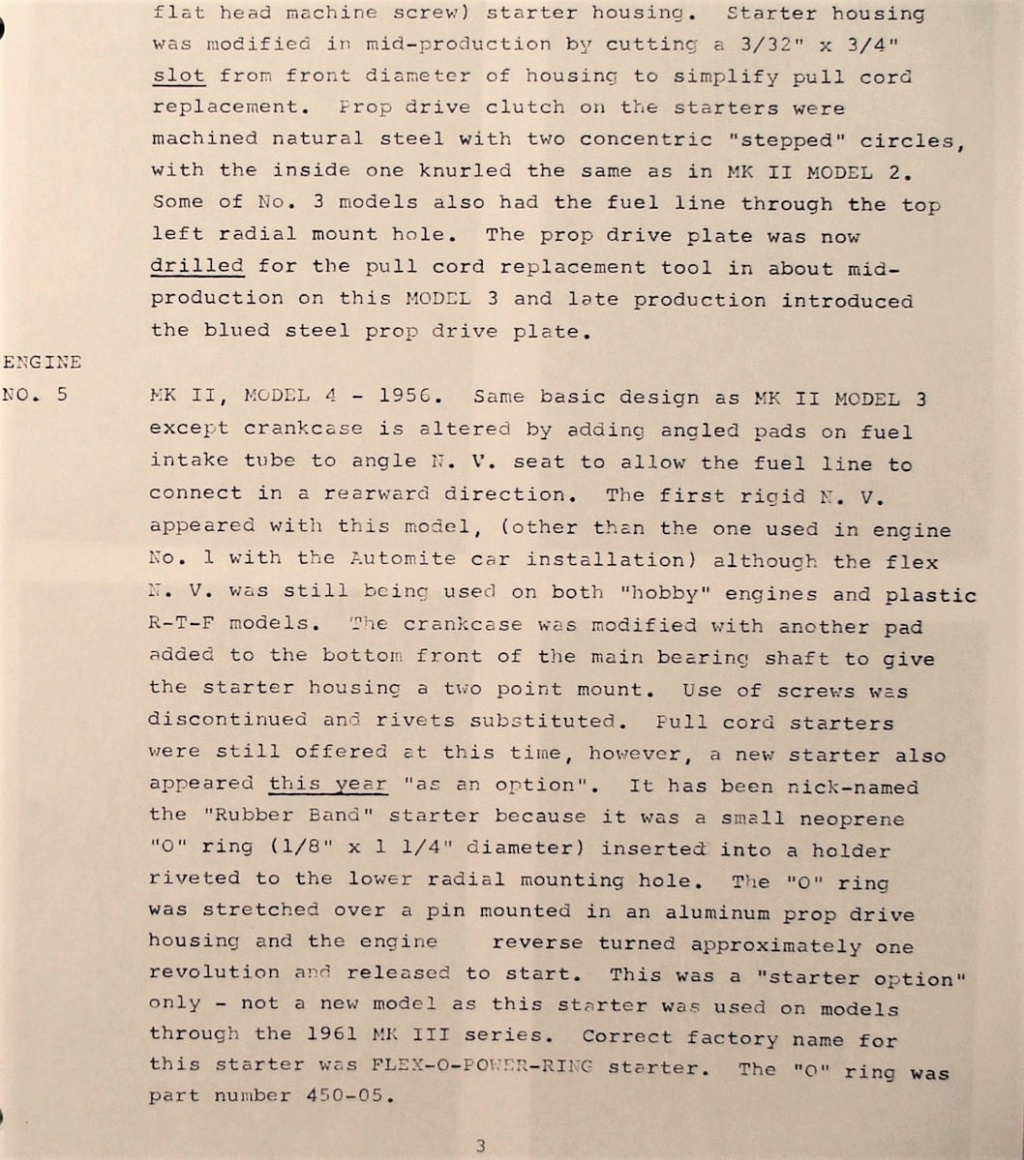 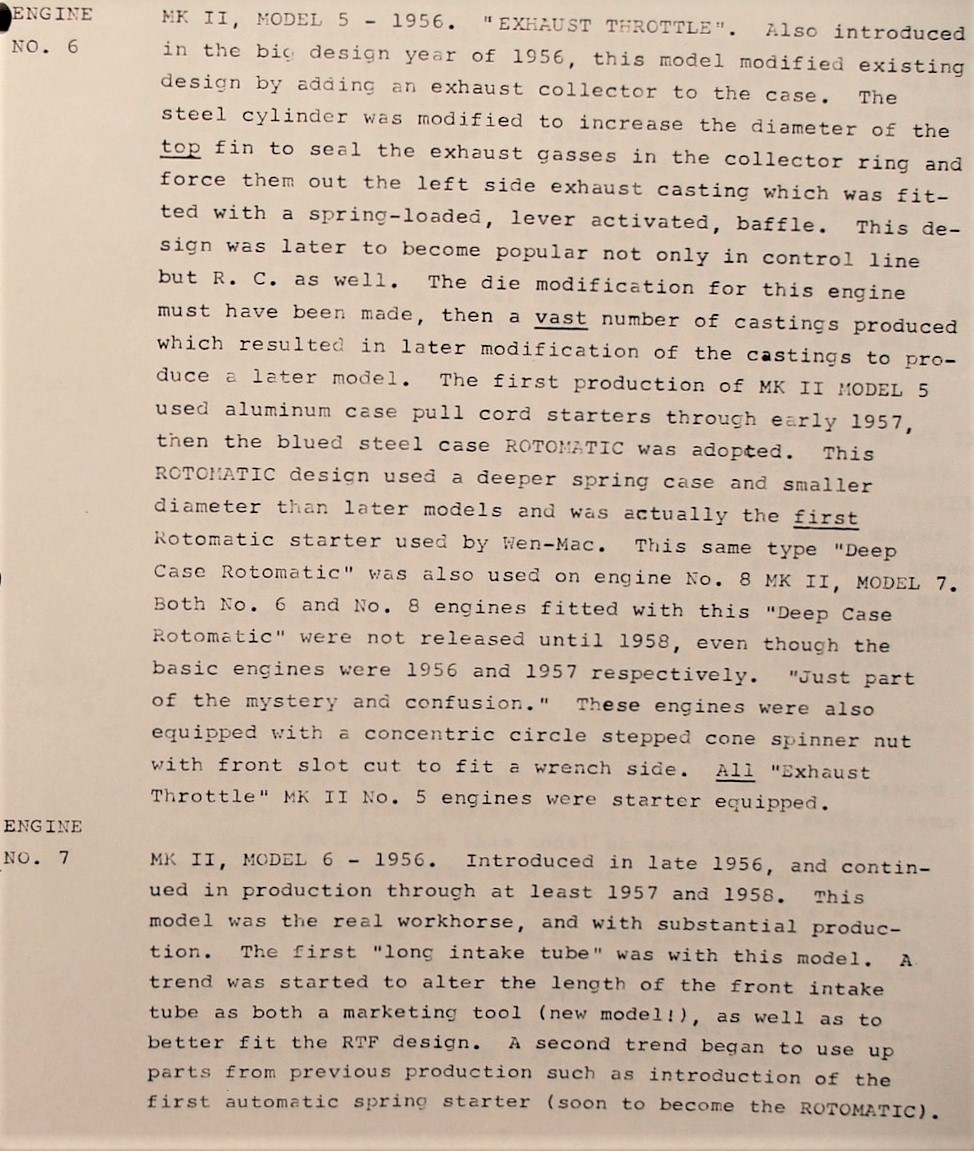 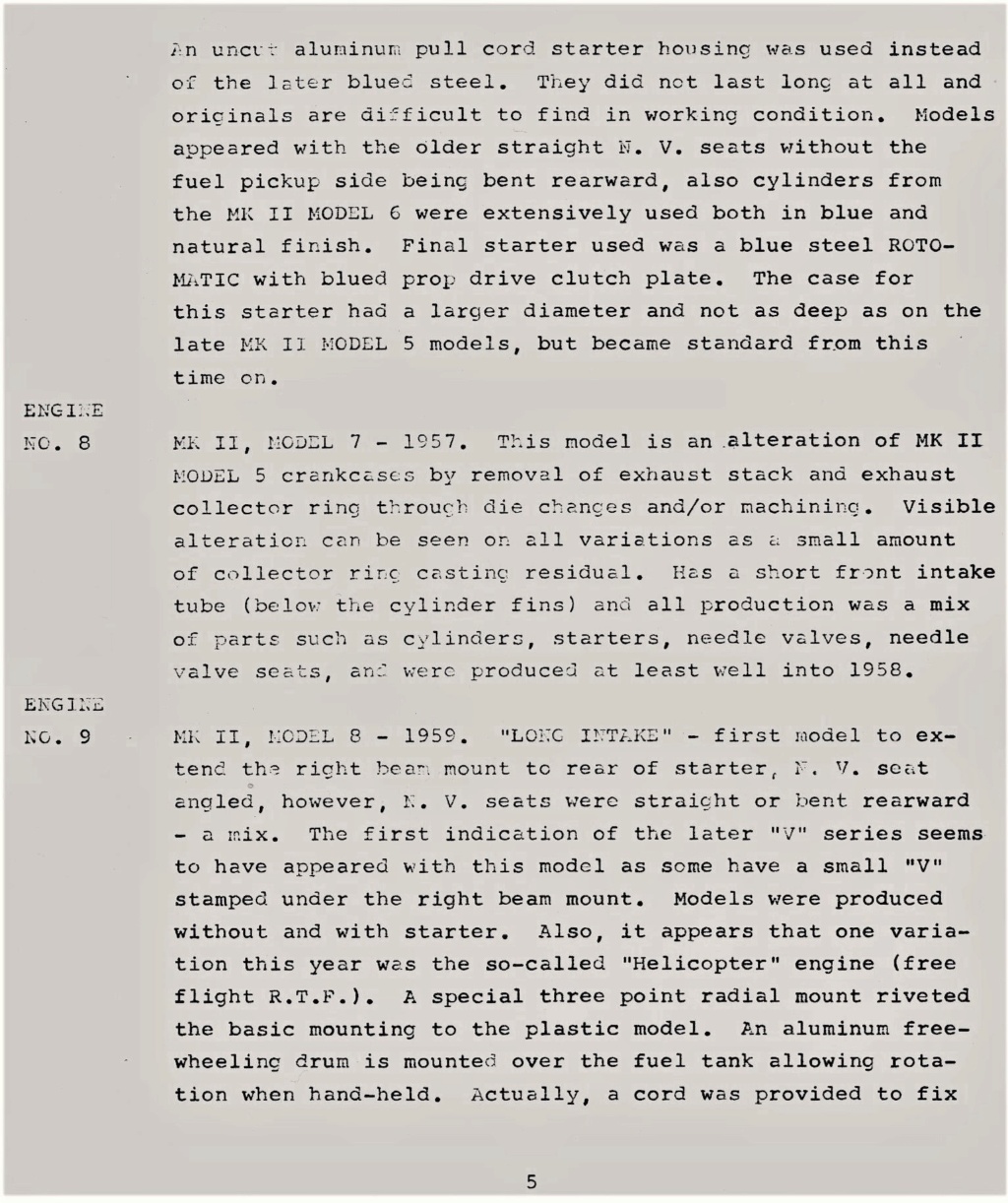 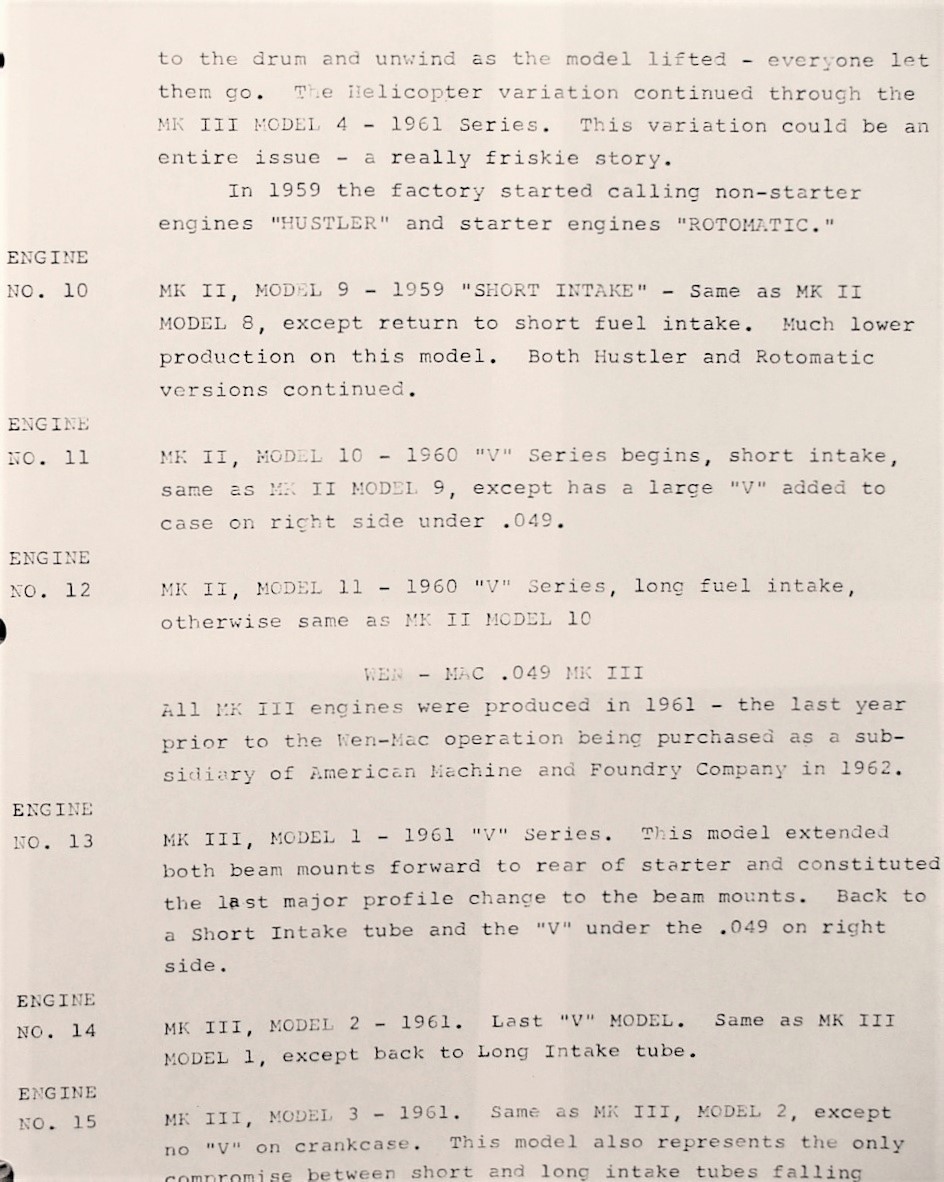 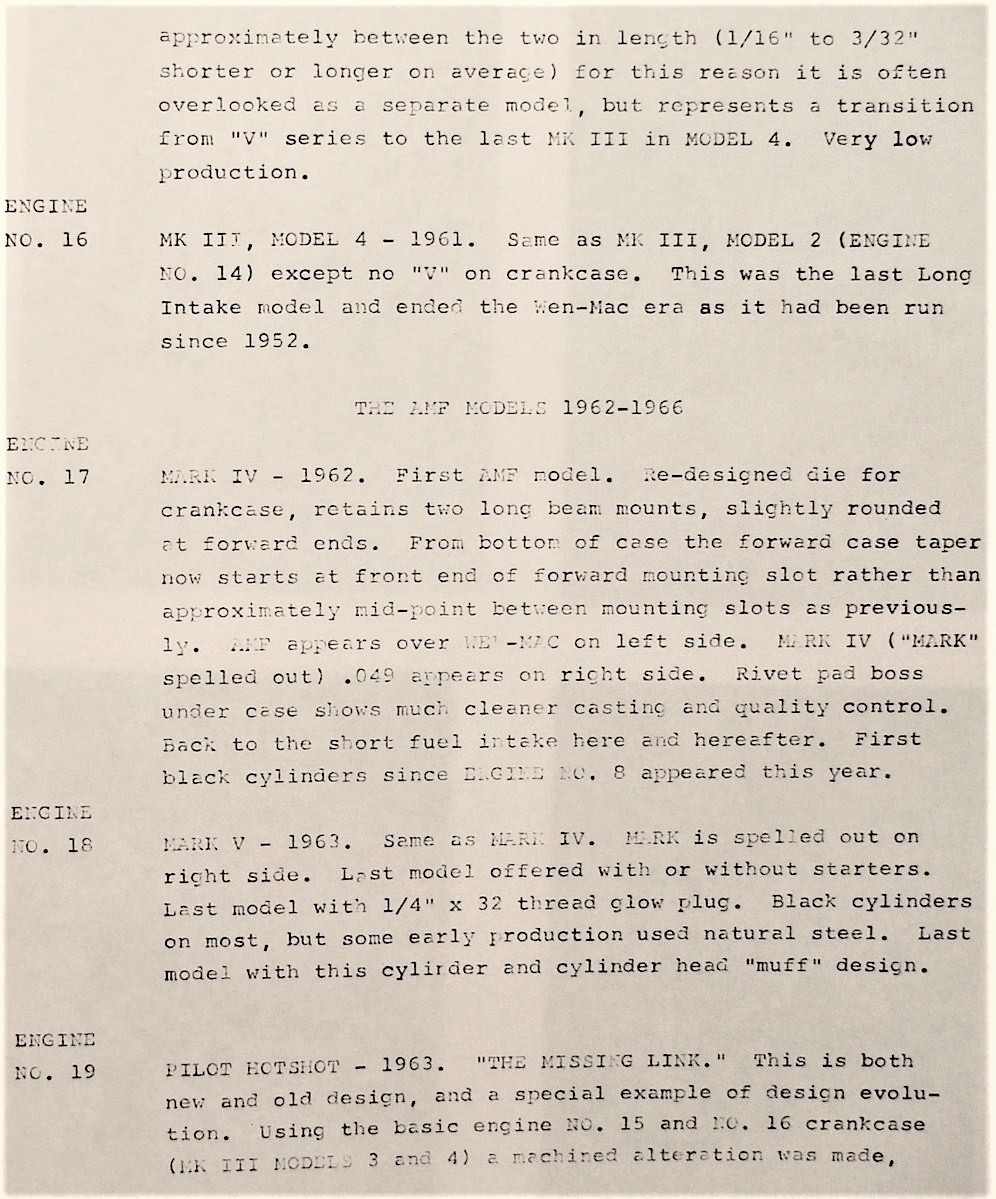 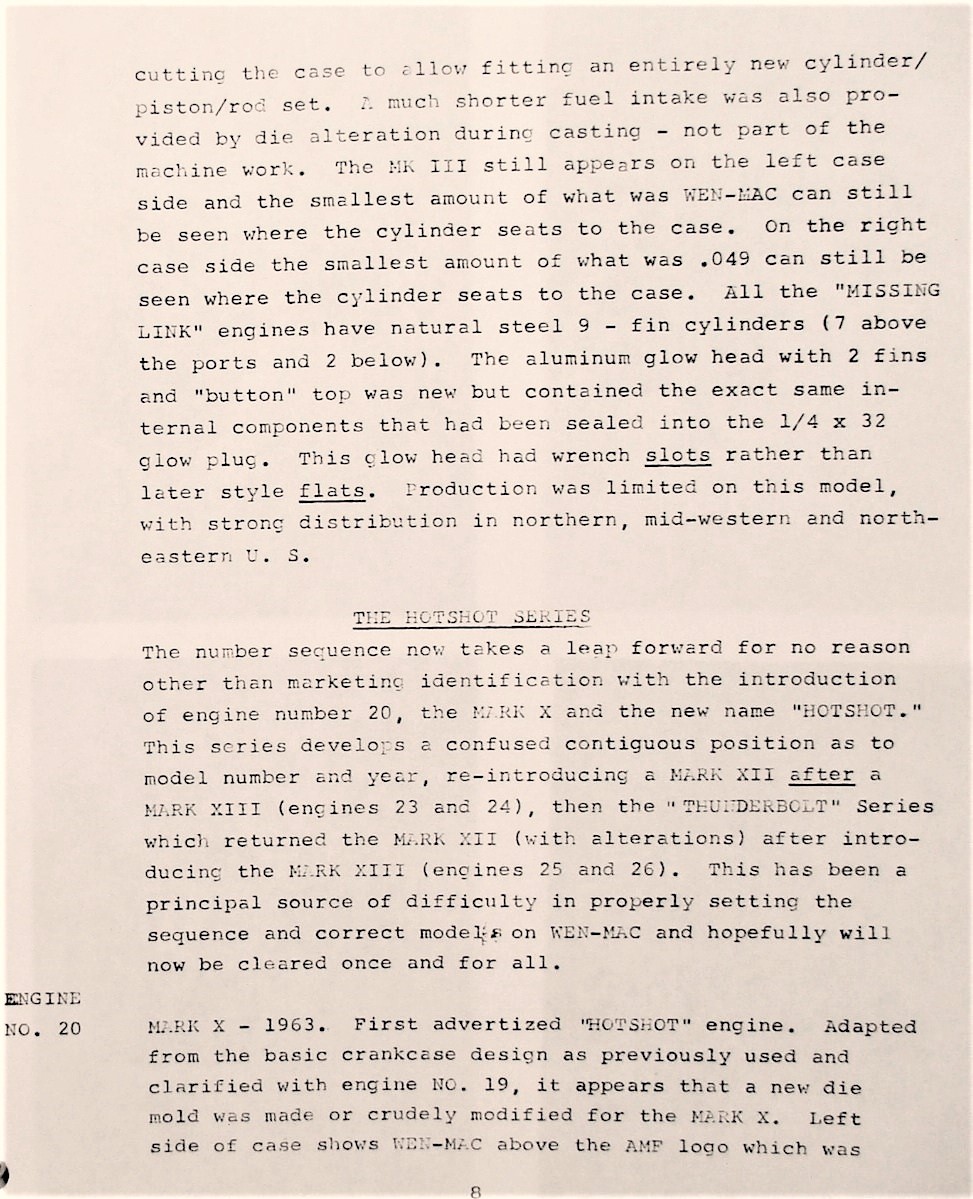 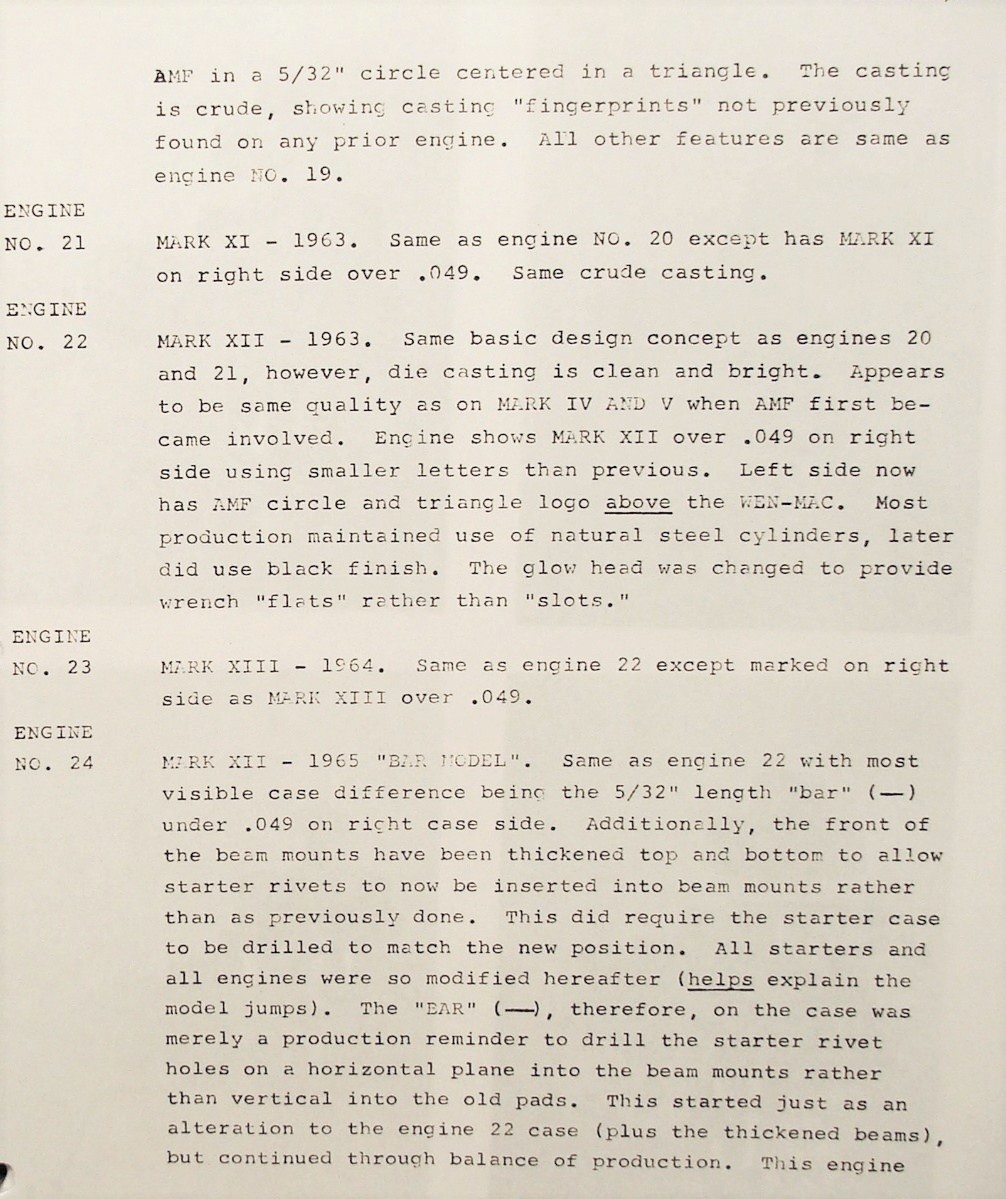 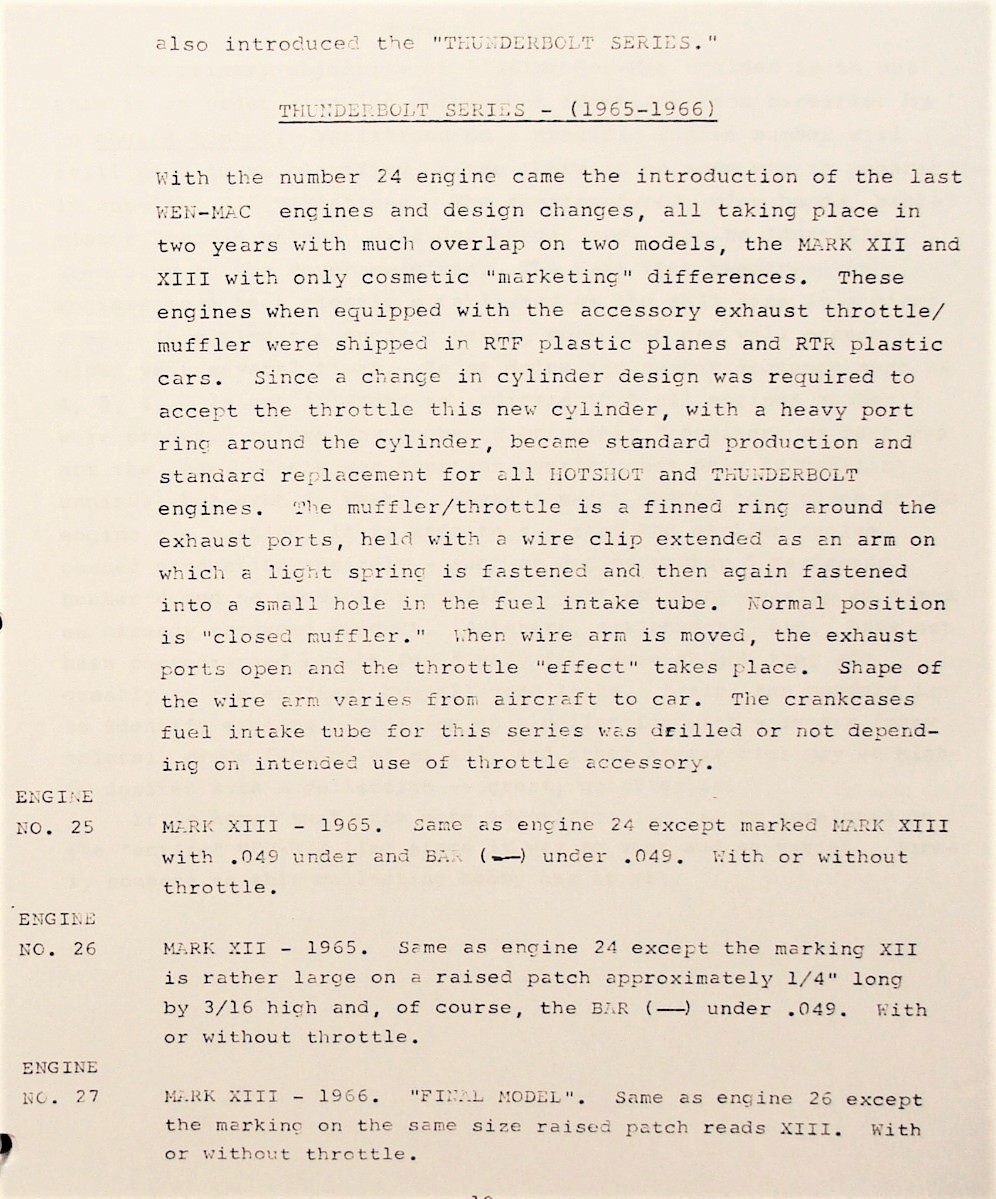 We get to engine number 12 and we're still on the MkII.  How, after all these years, can we ever know what engine we actually have?

(Actually, Marks info is the same as I was referring to, just that mine is in a Powerpoint.)

I was afraid of that. Apparently you must be signed into facebook for them to work.
Thanks to Kim, oh it was Mark! Thanks Mark!  for attaching the PowerPoint file slides.
Scroll up a few comments and everything is there ready to read.

I was afraid of that. Apparently you must be signed into facebook for them to work.
Thanks to Kim, oh it was Mark! Thanks Mark!  for attaching the PowerPoint file slides.
Scroll up a few comments and everything is there ready to read.

Ok thanks I got it to work. Great stuff!

This is the same info that links go to, I got this from Guy Eves years ago and Warren L. did the power point. There should be enough info to date any engine within a year or two.
I've got at least two examples of each version, been thinking for years about talking photos of each one and created a new power point, but it's that time thing.