My balsa planes are prone to suffer from castor splashed on the fuselage in exhaust gases, polyurethane spray applied on balsa and Oracover notwithstanding..
Worried about castor seep into the balsa cowl of some of my unobtainium classic planes like the Cosmic Wind drove me to goo-proofing the exhaust muffler on the engine. 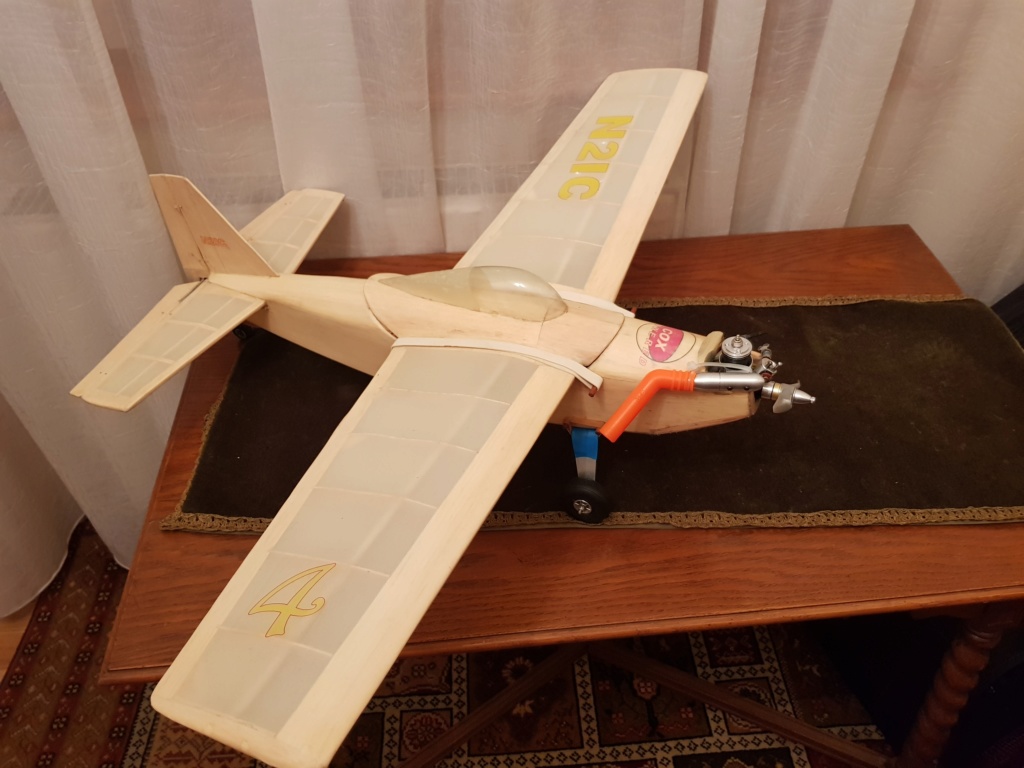 The muffler in the cylinder neck area is one (1) where castor finds its way flowing down to the engine cowl. Another (2) is the black top ring on the muffler that, if does not contact the bottom cylinder fin with some remnant tension, will give way to castor seeping through the gaps and getting drifted in the air blast by the prop, landing on the fuselage. Third (3) is the muffler outlet that, if not diverted sideways will smear castor on the fuselage.

My solutions to the above:

Ad 1.: place a hight temp O-ring of 16*1.5mm in the cylinder groove below the exhaust port. This will ensure a seal between the cylinder and muffler neck, retaining the castor in the muffler neck thus preventing it  from accumulating in the engine cowl: 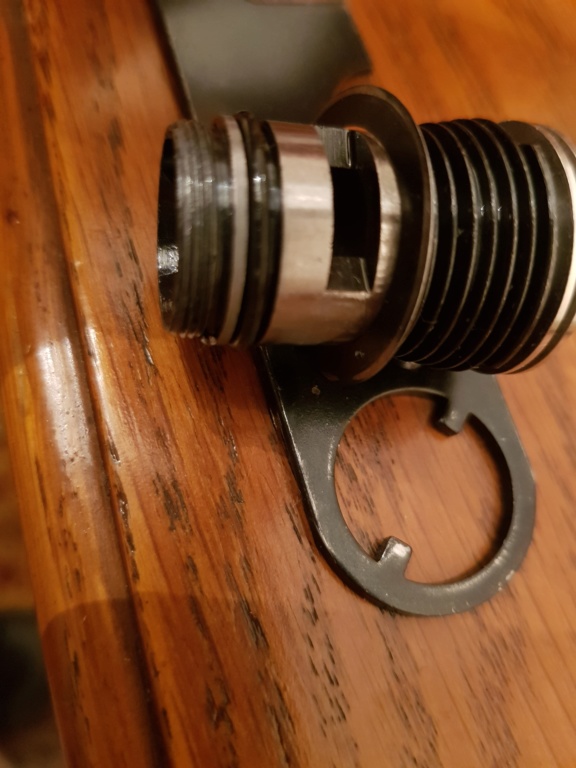 Ad 2.: place 1 or 2 high temp O-rings of 19*2mm on the crankcase neck where the muffler sits lose without the rings. The rings will keep the muffler pushed upwards and its top ring will sit on the lowermost cylinder fin tight, improving the seal around both the outer and inner circumference of the ring. 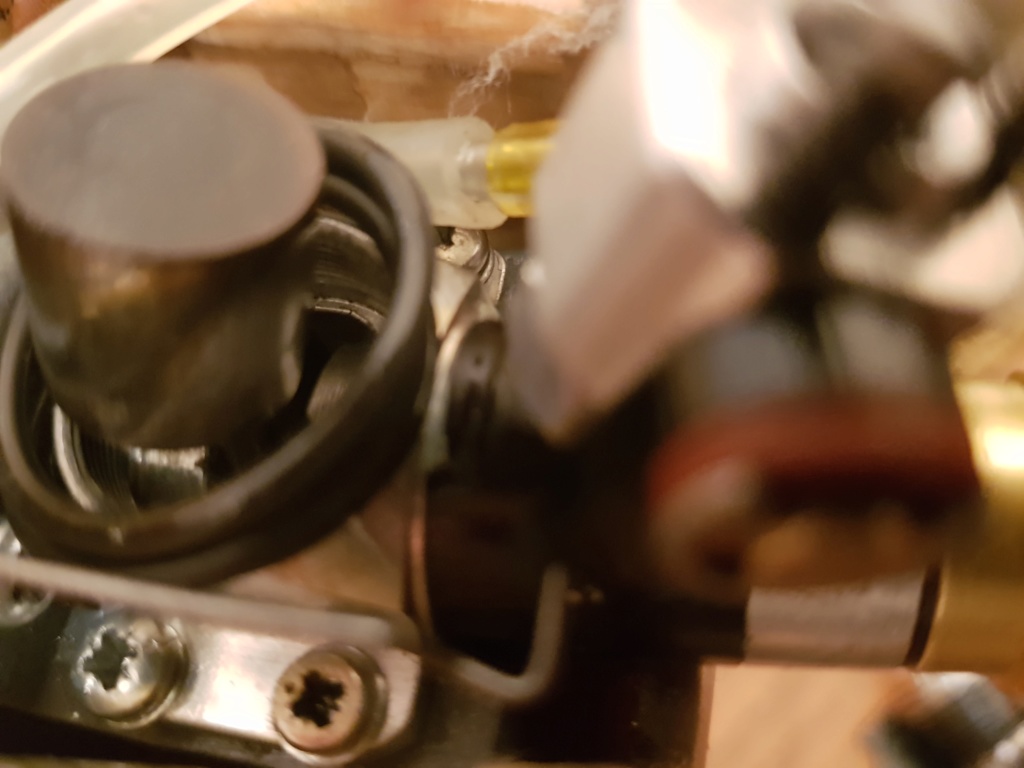 Ad 3. Pull an oversize, 10mm outlet dia silicone exhaust extender on the muffler outlet, diverting the exhaust gases off the fuselage. The muffler body being tapered will not retain the extender unless it is fixed with ziplocks ( or waddayacall this plastic ratchet lock band): 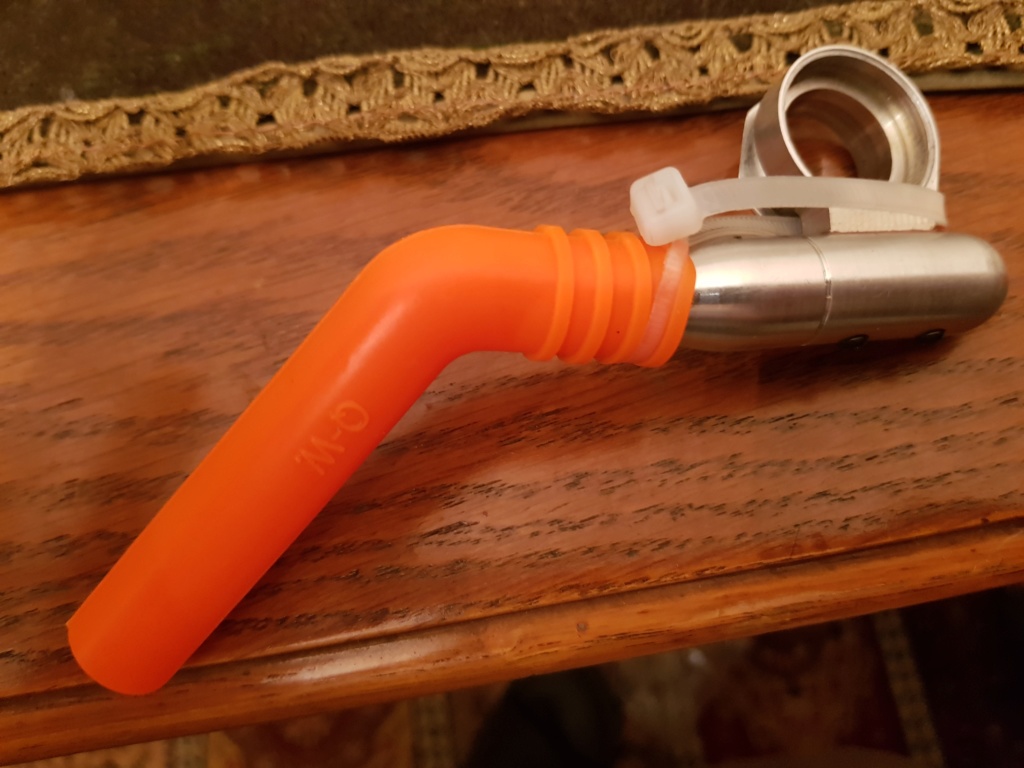 My SPI cylinder performance was only slightly impacted by the muffler addition..it spins the 6.5x5 APC at 16k and 15.7k with and without the muffler respectively. Still enough power to pull the Cosmic Wind with authority.

No disruptive technical  inventions with the above are assumed..only to throw in a topic into the off-season CEF discussions

Very good idea. Thanks for this

Thanks Levent, it is freezing here but I will test run it in the garage and check how efficient goo-control it is.