I chose to post this link here.. for what I'll call obvious reasons..

I only read a little bit of the article.. but I new that its content would pique the interests of many people here. I didn't need to read too much to know that this would make for some interesting discussion..

Good read, Roddie. Thanks for that.

Always liked this one. 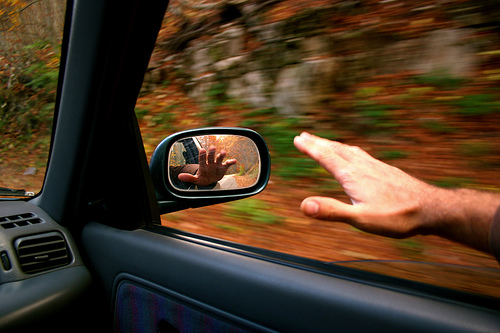 Looks like a really good read. Took a quick glance at it, but will have to read it when I have some time to spare. Thanks for the link.

What a tempest in a teapot that whole argument has become over the last 40 years. Obviously, lift comes from both action/reaction (angle of attack) and the shape of the airfoil.  All you have to do to prove it is to do what we used to do to slow down an airplane for a beginner, put the prop on backwards.  It still flies, but slower.
Any licensed pilot can tell you that even a light coating of frost on a wing can be deadly, so it's not just angle of attack (action/reaction) that creates lift. Flat plate foamies fly awesome, so it's not just airfoil shape.  It's both, with the shape of the airfoil fine tuned to the application.

No airfoil develops lift at zero angle of attack regardless of airspeed, virtually any shape short of a sphere or cylinder delivers lift with a positive angle of attack and sufficient airspeed. A hand out the window of a moving car for example.

With enough thrust, you can make a cinderblock fly.  But as Admiral Tom Connelly once said of the F-111 Aardvark, "There's not enough thrust in all of Christiandom to turn this thing into a fighter" giving birth to the development of the F-14 Tomcat, which had plenty of thrust and properly designed airfoil shape to make it a first-class fighter.  Enough of both that it was named for him.

If you want to get into the weeds with a discussion of aerodynamics, I suggest the aerodynamics of spins.  Now that's a real can of worms.

If you want a real life discussion regarding "Why planes fly" tune in to the Smithsonian channel and watch "Air Disasters" weekdays at noon, and Sunday evenings at 8, your time zone may vary.

I thought I was up to speed on the subject, but watching the series I always learn something new. Investigators look into every aspect of a crash from the "four corners" to the cockpit voice and flight data recorders then breakdown everything that might have contributed before a conclusion is reached.

Similar topics
» Cox Fun Model .049 ... flight, flight and flight!!! (page 3 & 5)
» Cox Engine Of The Month sugestions
» New drone laws under discussion by our parliament
» eBay discussion board
» Historically not much discussion here about the OK Cubs?