Eight pages of history documenting the life and times of Charles Nungesser France's Lindbergh and WW1 hero. Fascinating fellow that I knew very little about. First time I heard the name was in the movie "Spirit of St Louis".

When we were learning about Lindbergh French kids were learning about Nungesser. Just a couple of weeks before Lindbergh made his historic flight Nungesser and Coli took off from Paris attempting to fly to New York City and claim a $25K prize. Their plane, "The White Bird" was really a boat that dropped it's wheels after take-off. They never made it.

Same issue has the story of the F-104 "Starfighter" Canadian version. Personal for me as my brothers fraternity room mate flew the F-104 and we had many conversations about that particular aircraft later in life. He also flew F-105's in Vietnam. I'm not sure if there has ever been a scale flyable version of the F-104 in control line. The full scale was difficult enough to keep in the air with no lines attached.

Same issue features the British Mosquito and "When Comics Took Wing" bringing back memories of Terry and the Pirates and others.

Also, finally got my copy of Richard Bong's book, Air Aces - the Dick Bong Story. It will take me months to absorb it. 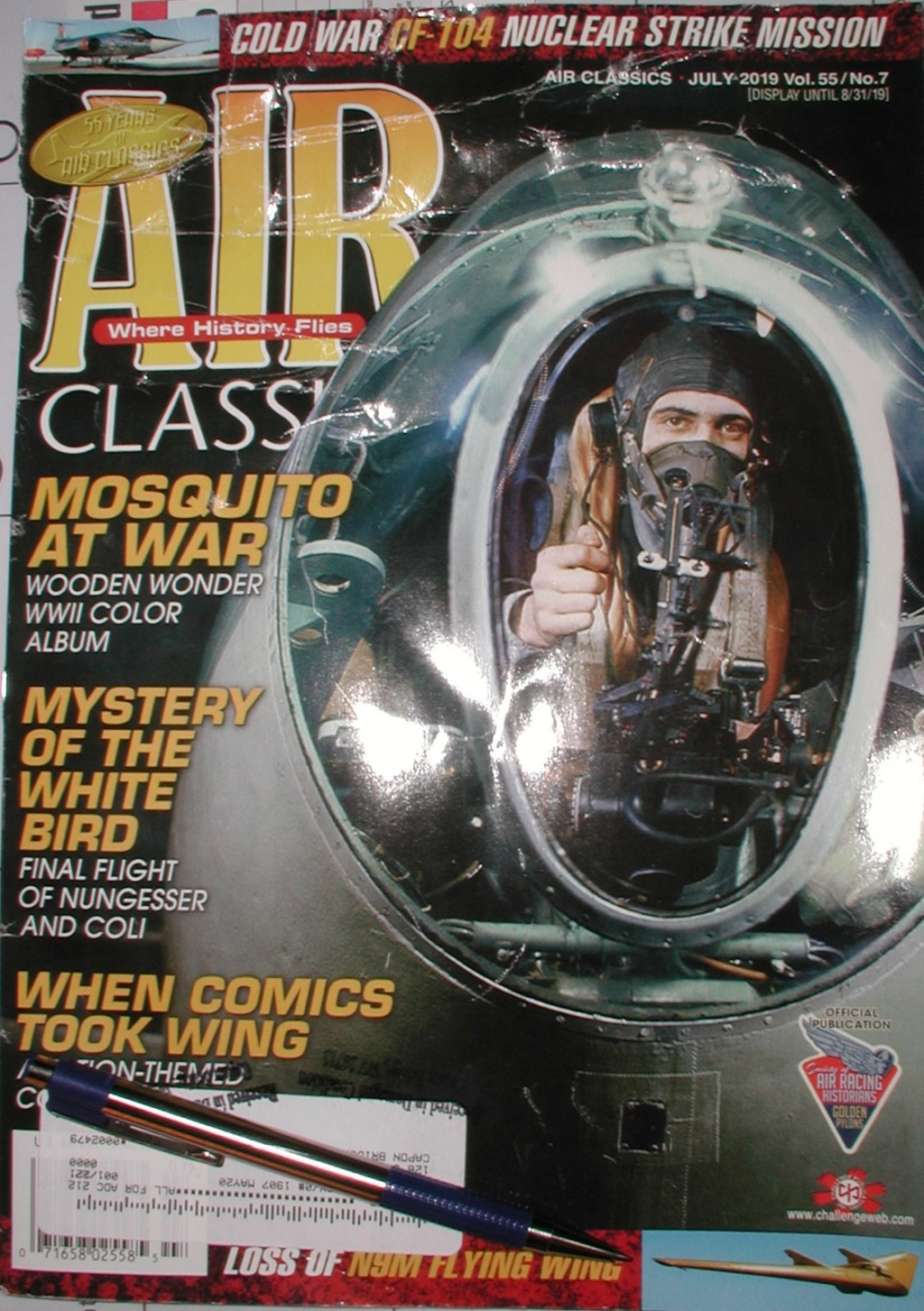 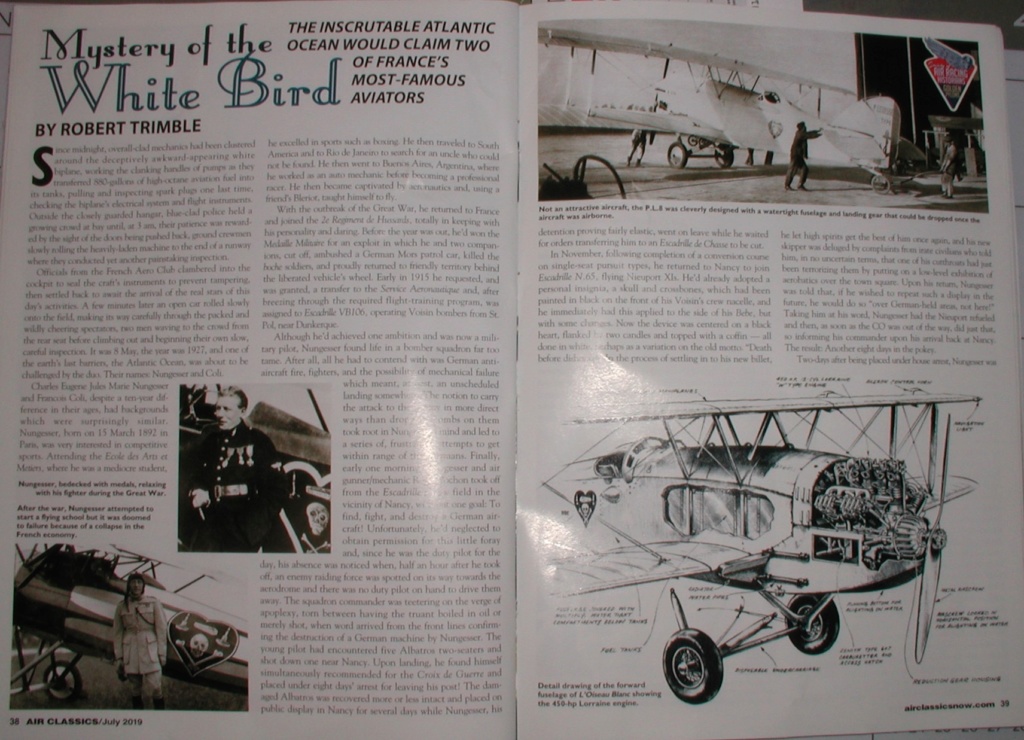 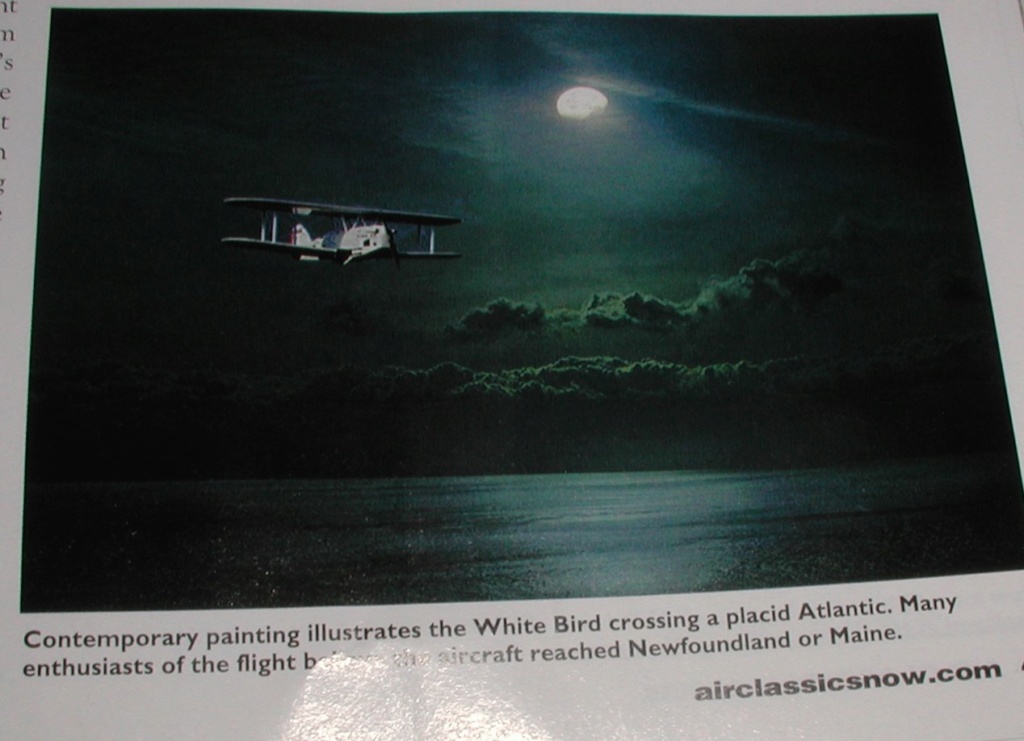 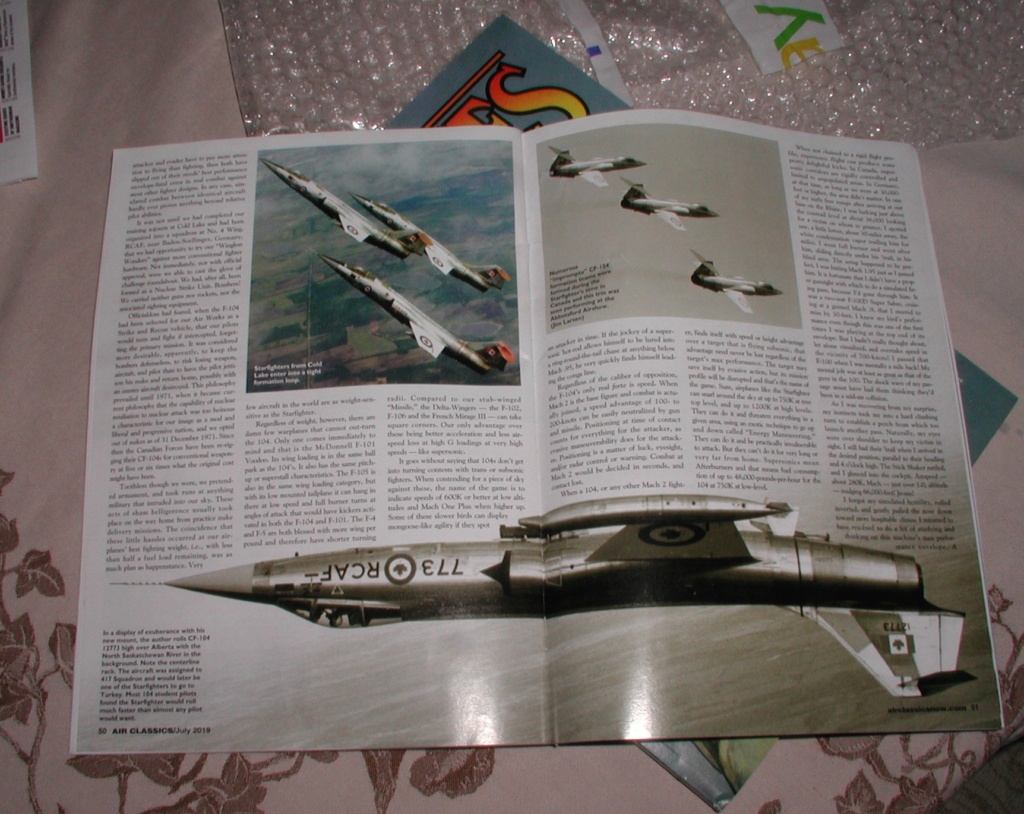 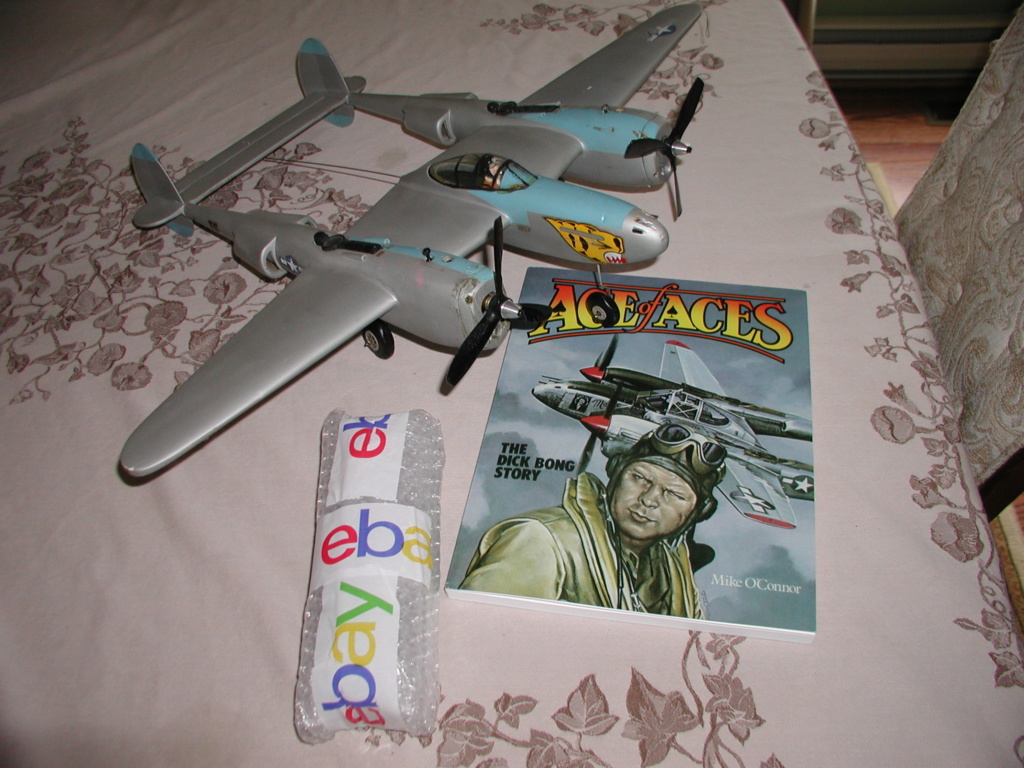 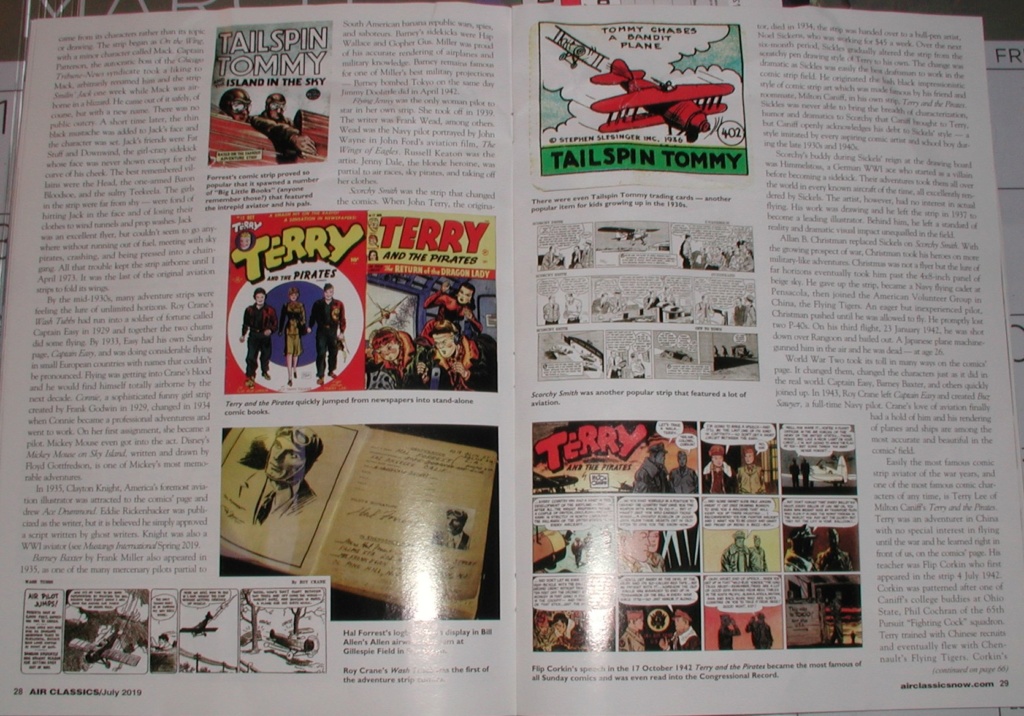 Love the P-38. Who manufactured it? It doesn't look like a Wen Mac.

Some guy that goes by rsv1cox Doc.

I have shopped it around here since 2014, don't know how you missed it.  Scratch built it from original drawings and specs.  Powered (currently) by a couple of Cox Black Widows but saw most of it's airtime over the past 40 years with Golden Bees and 5/3's.  Fly's a little like a rock on a string. 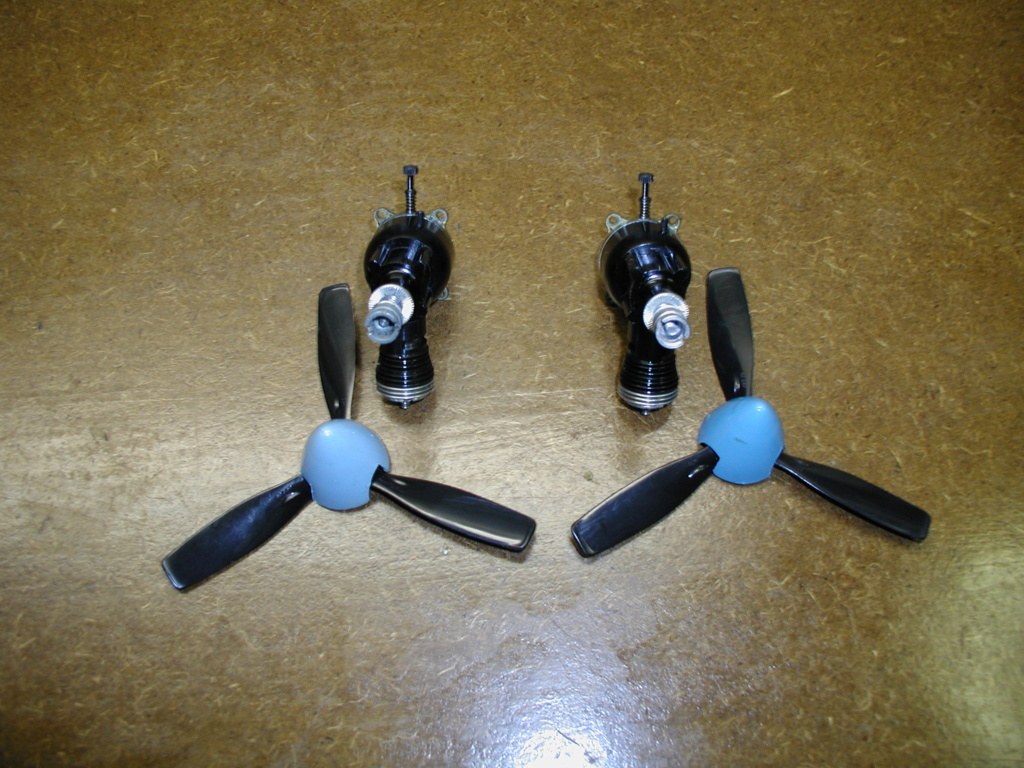