I clouded Roddie's glowplug thread enough with my rambling. I started this plane 2 weeks ago, given my daily schedule, this is good. I finished covering yesterday morning. This was a fun plane to build, not the typical construction of most as this wing went in from the top. A couple of things I have mentioned in the past that many don't readily recognize until it's too late. Building from a kit has one committed to the kit. Seeing that this kit was over 40 years old, the plywood parts were questionable. Sterling used a birch and poplar core plywood in the early years followed by the luan ply in the later years. Both species are just horrible for the intended purpose. When new, they serve a purpose well but degrade rather quickly. From a manufacturing standpoint, cheap is better.

Not to turn this into a kit bashing post, most kits make the F-1-F-3 formers a standard width. The problem is that they're generally not wide enough.This equates to jamming in your tank. The end caps don't fit within the doublers, this also doesn't allow any room for canting the tank if needed which can cause engine run issues prior to shutoff. Make your formers WIDER. All I had was a Brodak tank. Not my choice due to many manufacturing flaws and quality issues. The vents were in the wrong spot, it was full of flux which was causing internal corrosion even though it was never used . The tank itself was so twisted from end cap to end cap it deserved to be thrown in the
trash. I was able to rebend and remedy the twist and I replaced some of the pipes. I air tested and then discovered when I placed it in the model, the overflow pipe was too close to the edge which wouldn't allow the tank to go clear the engine beam. I moved the overflow pipe and all is good now. 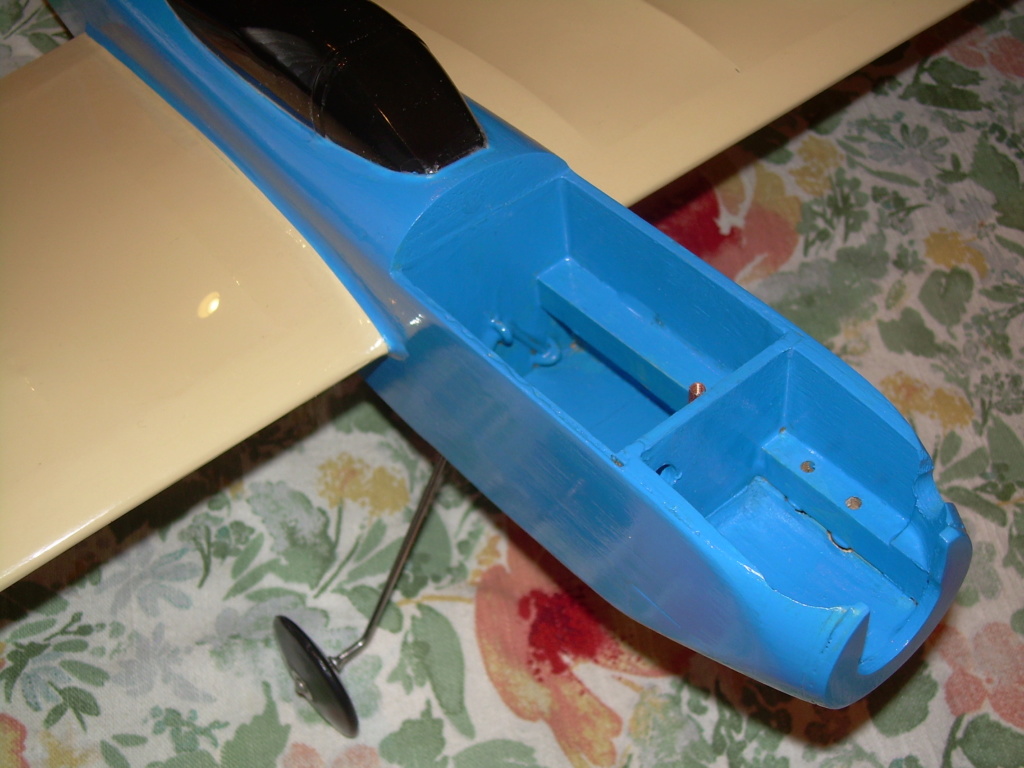 The top block is designed to be installed all the way to the front of F-2 gluing the tank in. NEVER build your tank into the model. At some point it will be an issue due to leaking or in need of height adjustment. 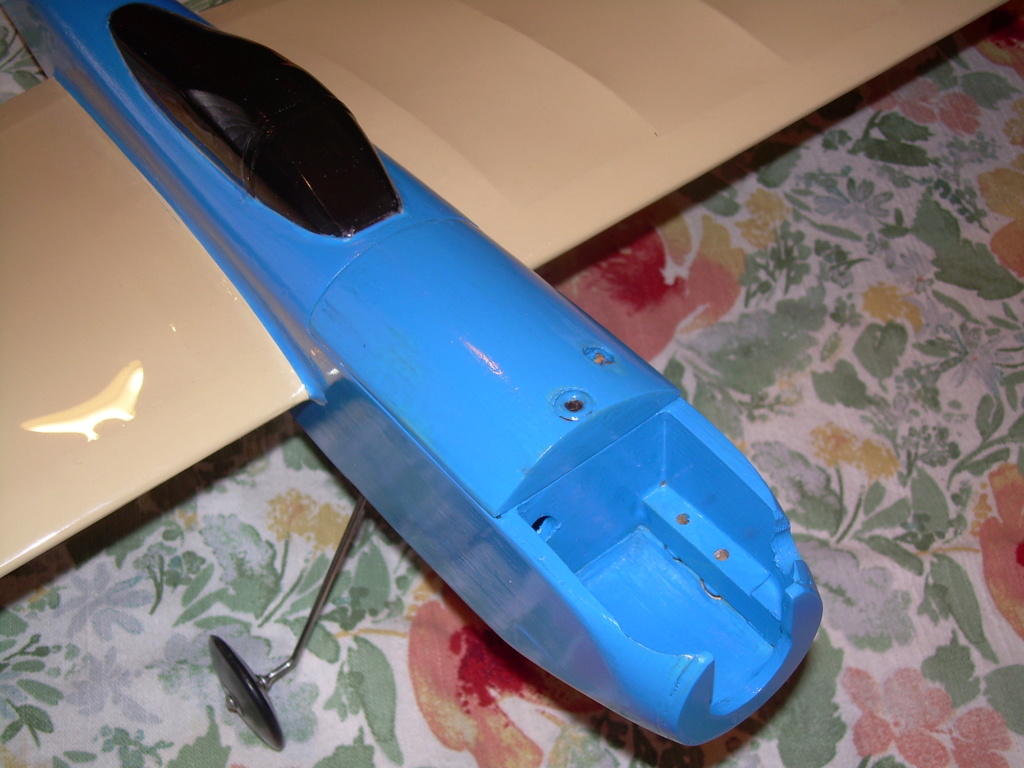 I'm not a fan of wheel collars as they look bulky, add weight and fall off. I use a tight fitting washer and solder as it looks clean. 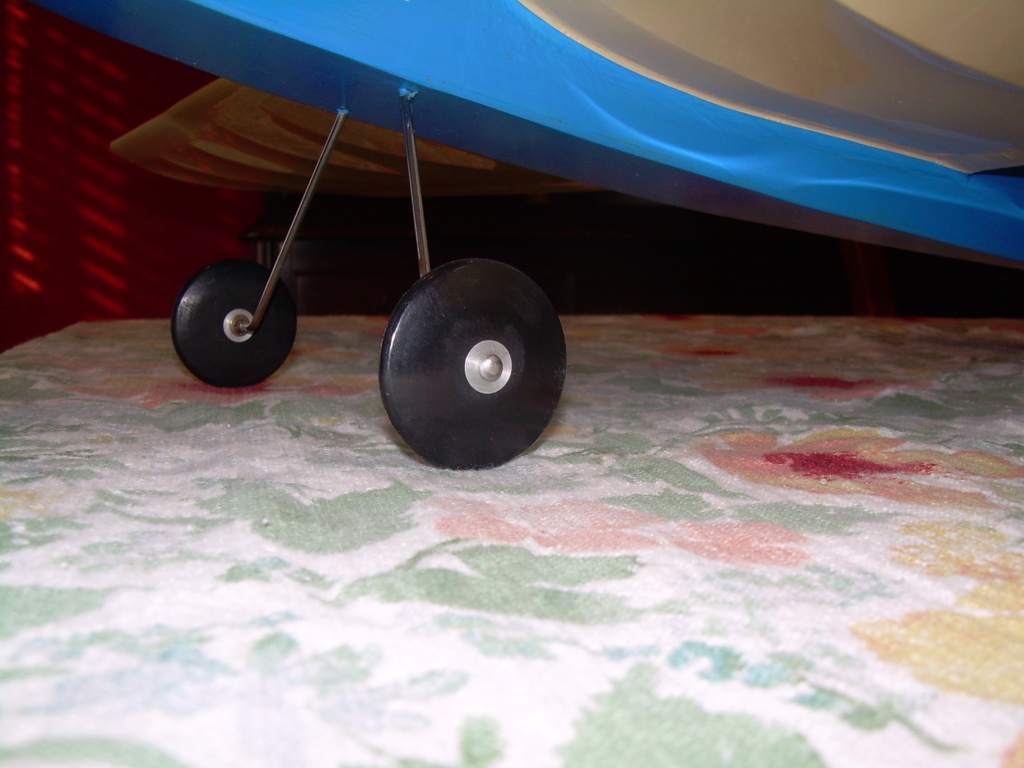 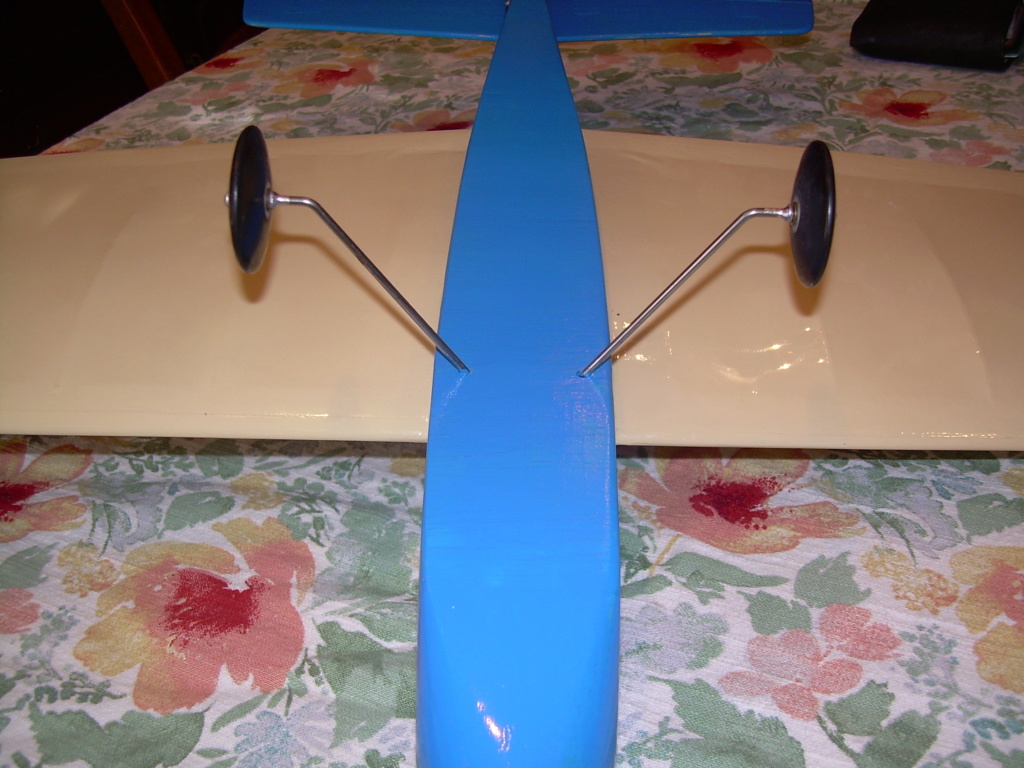 Another flaw is the bottom sheeting. Sterling offered one piece with the grain running from nose block to rudder. This is very poor as it offers no side to side strength, it doesn't follow curves well due to fighting the grain as it's bending to the curves. I cut 2" crossgrain pieces and tape them together to form a long piece. With tape holding, I open each piece like a book and put small dots of yellow glue on the edge and weigh it down. When dry, sand and it follows the curves perfectly.

Looking real good Ken . I like my wheels done up like yours , soldered on with washers . The removable hatch is a good idea , I hate cutting into a plane to fix a fuel tank .

Ken Cook wrote:  I'm not a fan of wheel collars as they look bulky, add weight and fall off. I use a tight fitting washer and solder as it looks clean.

Today, I got to fly the Ringmaster Jr Flash. It didn't start off well as the engine has been sitting for some 40 years and was just filled with oil. This engine just didn't want to come out of hibernation. In addition, I had to practically make the tank and I fill the tanks with oil when I'm done making them. I ran out of my conventional air tool oil and used the Klotz Techniplate inside the tank. This just wasn't happy until all the oil cleared which didn't happen in a few minutes. First flight was too rich, second flight was better and it was immediately put into the maneuvers. This little plane boogies and it's faster than anyone would believe. I had that Fox wound up with the Super M 7x6 on it.
https://www.facebook.com/PhillyFliersCL/photos/pcb.3760816090655164/3760807240656049/?type=3&theater

It turned out very nice Ken despite the obstacles. You would figure the engine would have no problem ingesting Techniplate. My 2 strokes bikes love it!

Maybe it was just too much oil, whatever, that’s all behind you now. Now you just need to build a Sportster...

She Looks really Good Ken , glad you were able to get the oil cleared out for some flight time .. 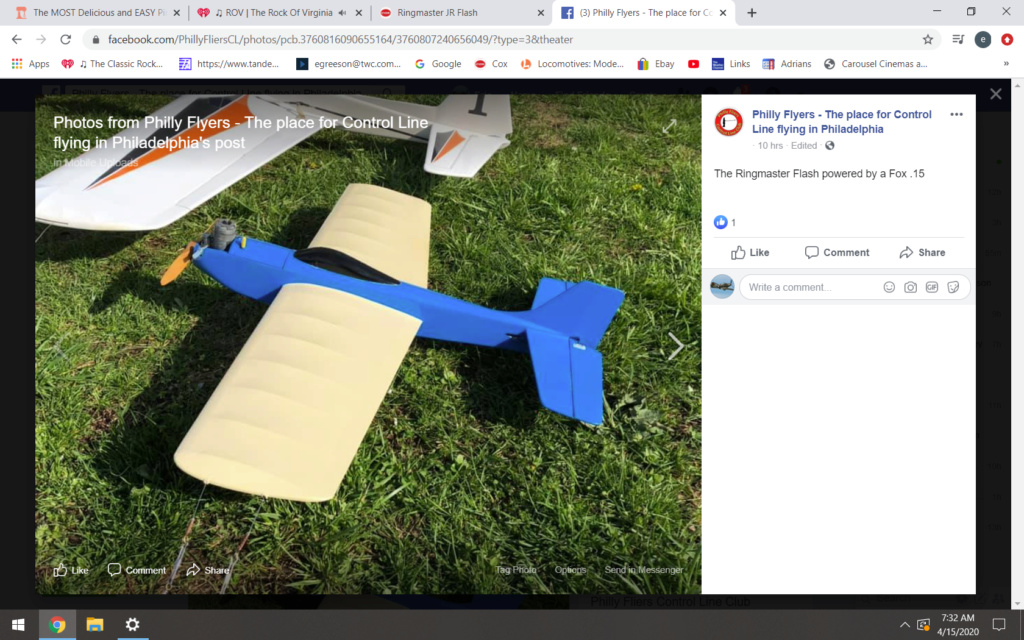