» Exploring the Wen Mac Corsair
by GallopingGhostler Today at 12:16 am

» music vids.. some of your favorites
by crankbndr Yesterday at 6:00 pm 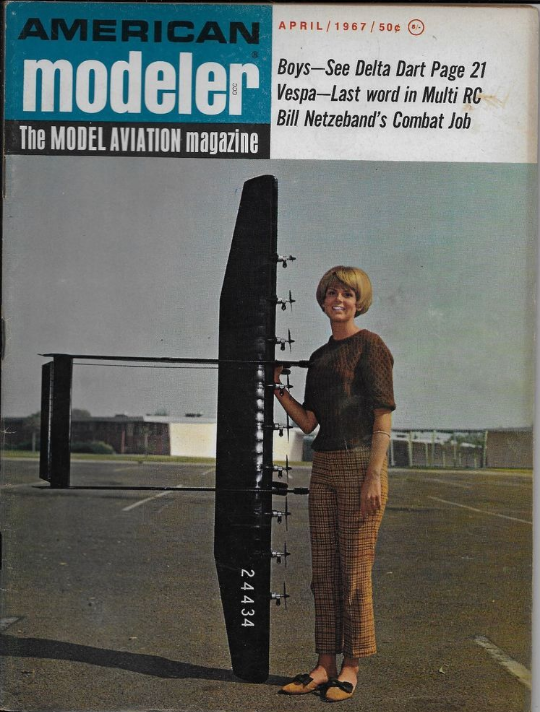 That's about the time I would have been a subscriber, but I don't remember that cover.  Control line?  Looks like lines coming out of the wing and a control rod to the elevator.

I have the plans for that F-82. The article had 6 people fueling and starting. A pretty useless design actually and more of a novelty. It took quite a while to get it in the air but the article made claims that they did so in under 10 minutes. However, it was noted that generally 3 would be running backwards, others would be running out of fuel and by the time you were in the air 1-2 would quit.

And I had a love/hate relationship with my BHM Mosquito!

I'd pay admission to watch that one go.

I can't imagine that thing on control lines!