someone who recognizes this engine. there is no logo on it 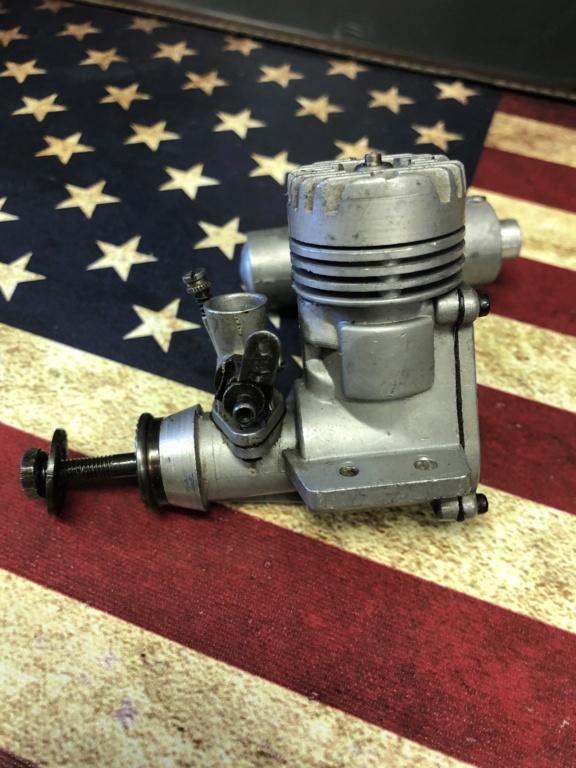 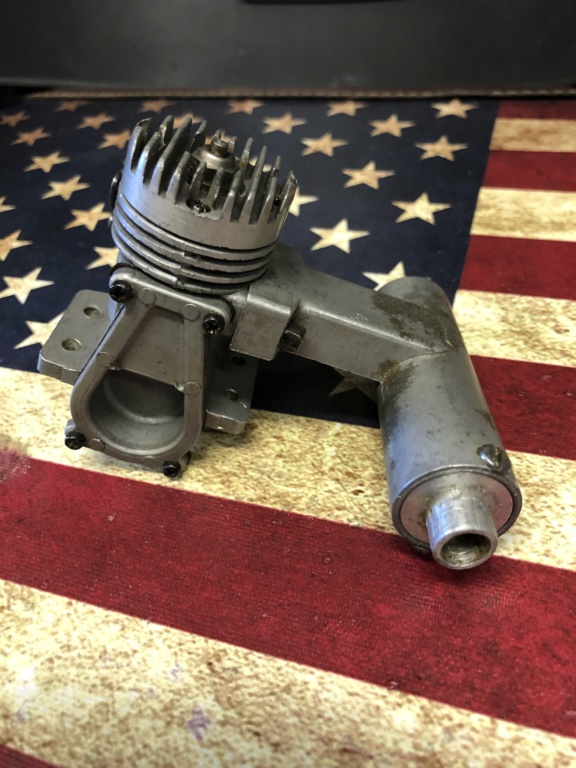 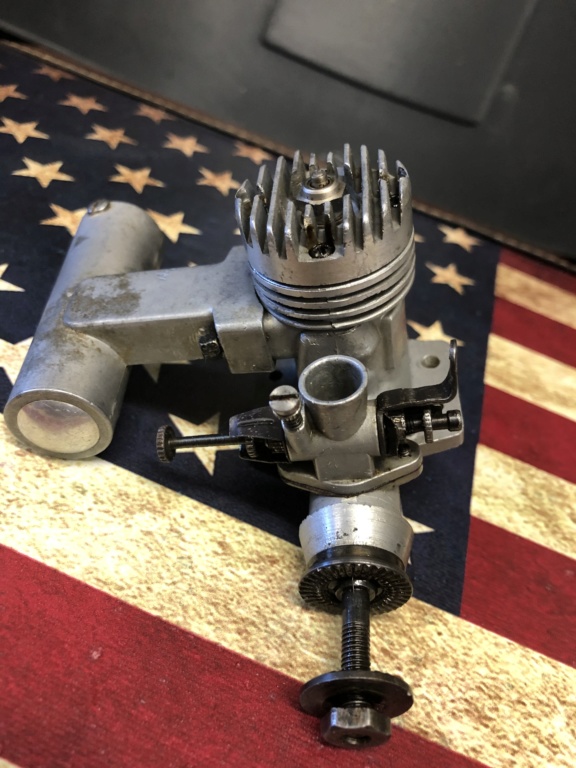 It's a Schnuerle ported Fox .15 plain bearing. These engines while not rare, they're not commonly found either. This engine was made for a event that required plain bushing engines. The Fox .15 ball bearing version is much more common.  This engine in ball bearing form is pretty hot. Iron piston engine which needs a bit more castor over standard r/c fuel. Likes props from 7x4-7x6. The muffler is very restrictive and can cause overheating when pushed. If your looking to run the engine, remove the backplate and use caution not to tear the gasket. I do this by liberally letting oil soak around the perimeter and heat it a bit. Once off, insure that the rod is moving free back and forth on the wrist pin. No need to take this engine apart and I discourage that due to that nothing indexes the cylinder liner fit. Get behind the rod using a allen key and make certain it's sliding back and forth on the top end. Use heat, oil, whatever it takes to get it moving freely.  This engine uses wrist pin clips to hold the wrist pin into the piston. If the wrist pin and top of rod joint aren't freed up, the clips can come out while running. This can be instantly catastrophic.  I also caution that you don't lose the screws. Some of the screws in that engine are 3-48 screws which are not commonly found. Duke had surplus screws from the military and used this thread extensively throughout the years.

Ken, you continue to amaze me. Is there anything about any glow engine that you don't know something about...…………

@rsv1cox wrote:Ken, you continue to amaze me.  Is there anything about any glow engine that you don't know something about...…………

Bob , I was thinking the exact same thing

thanks for very good information. since you have a lot of knowledge, can you tell me something about this engine? 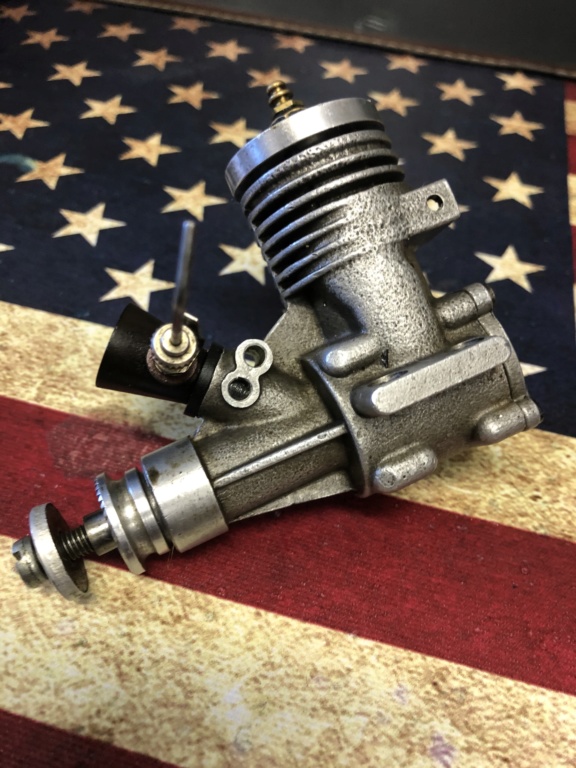 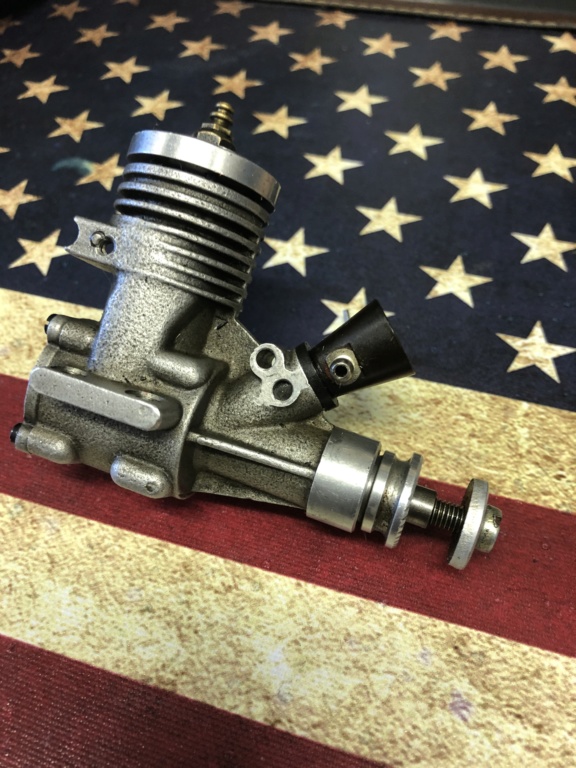 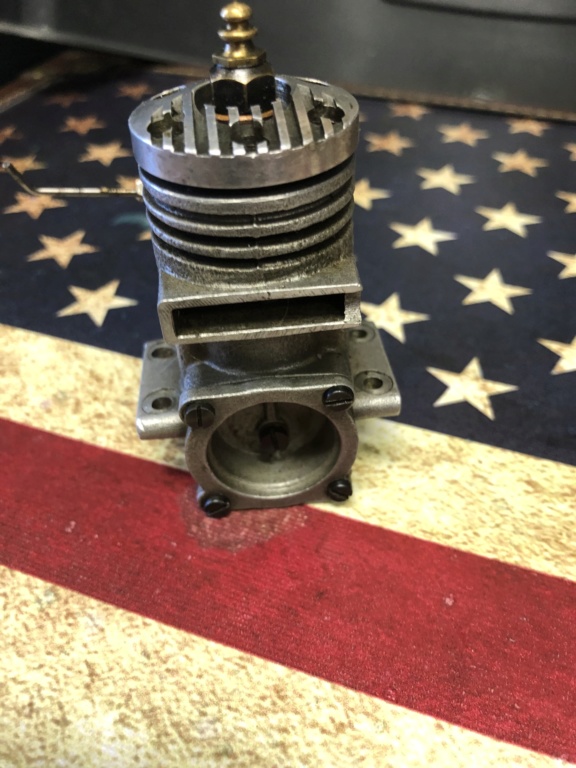 The engine sure appears to be a late 60's early seventies Russian variant. Most Russian engines however have names on them generally named after animals. I see no markings of any type. I'm assuming 2.5 (.15) displacement. Most of the rear exhaust engines out of Russia were made by Ukctam. Have you run this engine? I see the venturi and there's additional holes in the case which tells me this venturi needle setup is possibly not stock. Seeing the screws also tells me a little about the engine in that the Russians were very good at copying other engines of the period. The slotted screws were typical of the Super Tigers in the 60's. A very interesting piece , I love stuff like this .

Yes MVVS-definitely not Russian....and the venturi is not original. looks to be contemporary with the MVVS 1963 TRS diesel-but I'm unsure of what model designator was appended to the glow version...

I have a MVVS .29 from this period which actually looks identical to a Dooling .29 but in the same sand casting looks as this model. Rear rotor but it actually is a stunt engine to my surprise. They certainly had some unique engines.

You're right on the button guys. 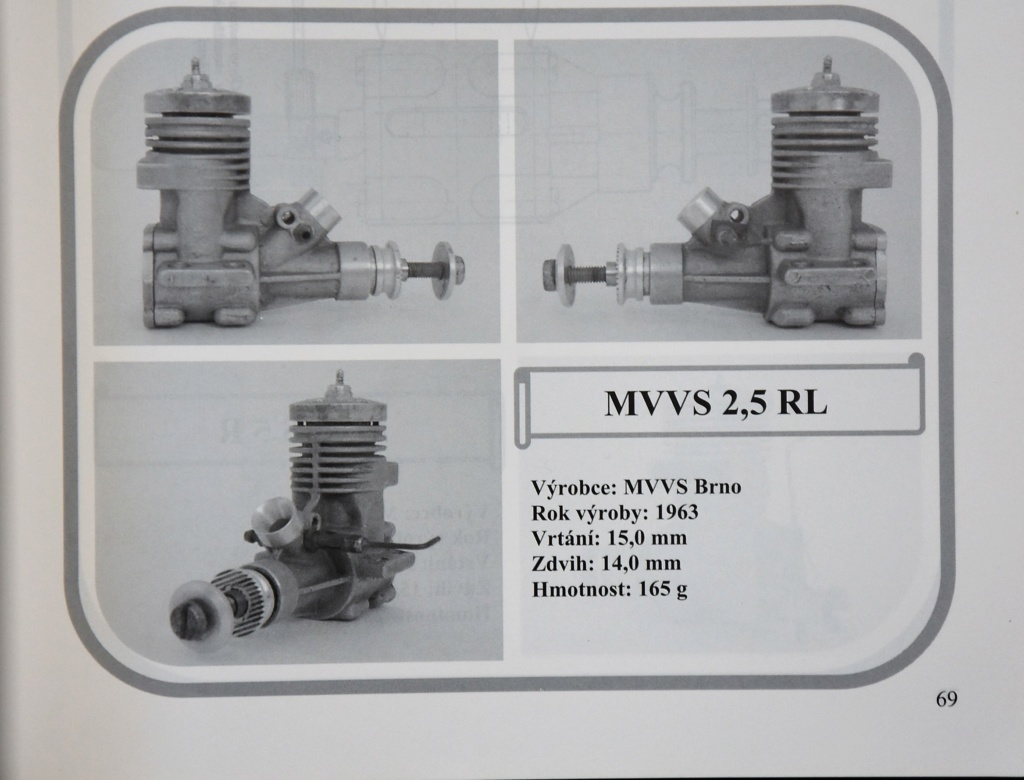 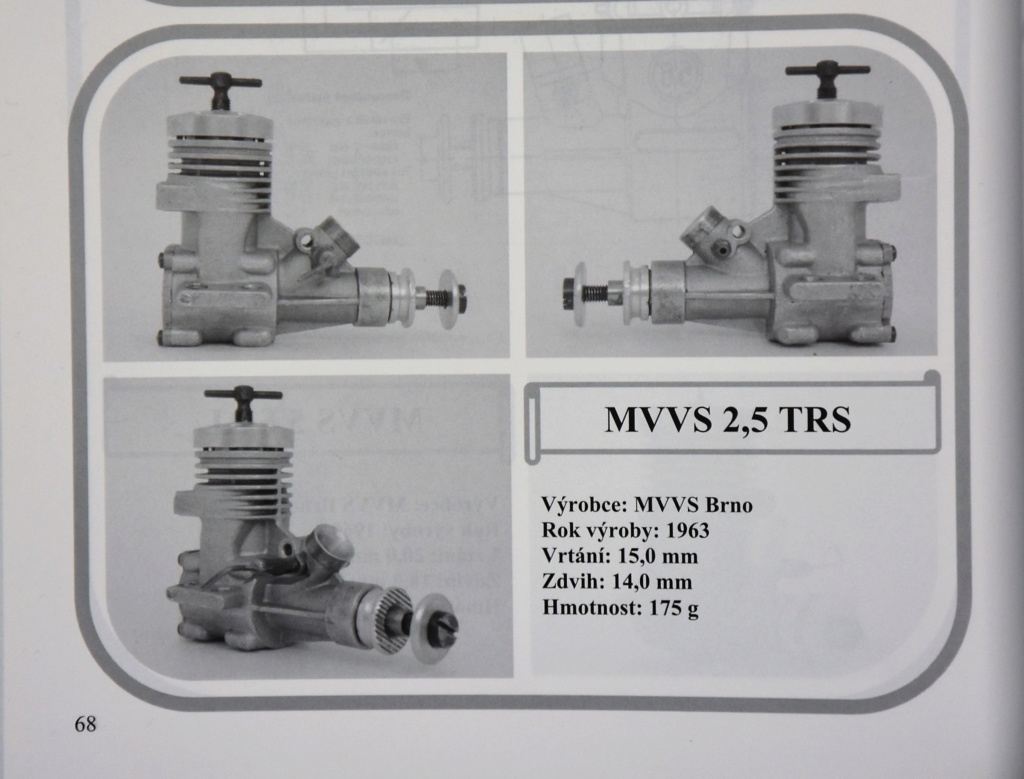 Just in case you are interested in a test on this engine, although not with front rotary valve intake:
http://www.sceptreflight.com/Model%20Engine%20Tests/MVVS%202.5%20%281959%29.html