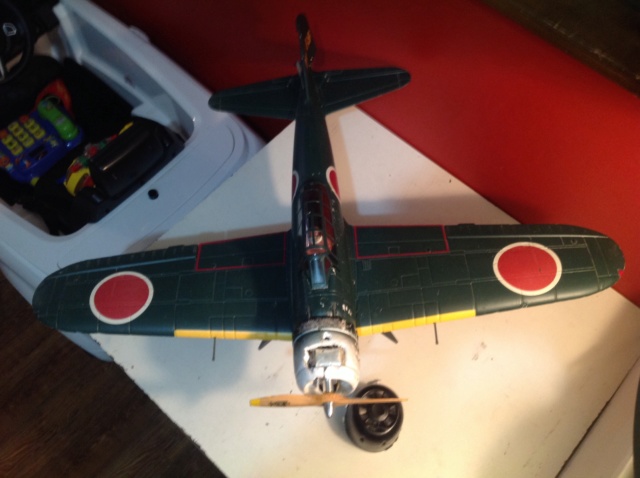 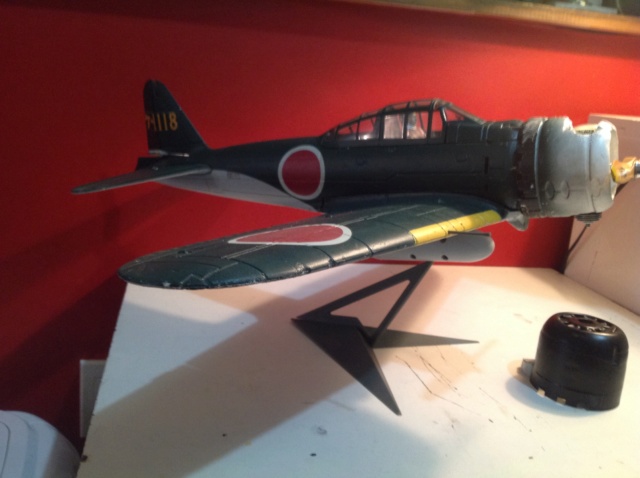 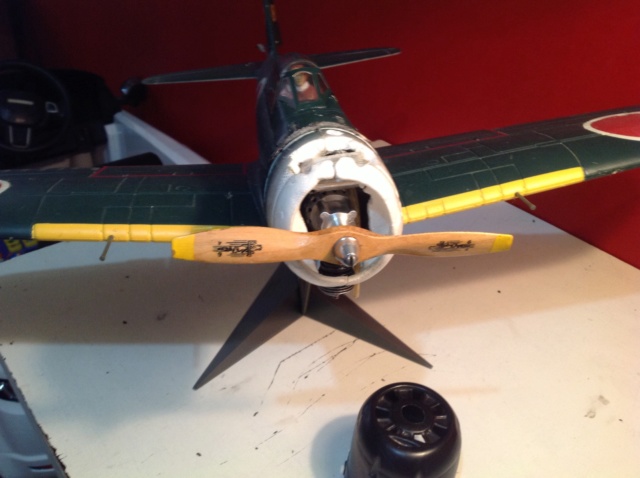 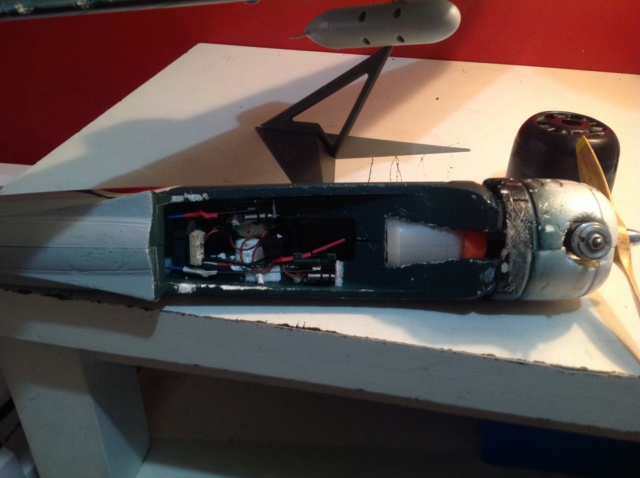 Good job David! Should be a lot of fun.

great conversion !!
Just one point: if you don't have a landing gear, the wooden propellers can't stand the touch when landing, you may break it very soon on a landing. In that case, place a plastic one that will more properly support the landings! ... It is just a tip so you can fly and fly without rest. 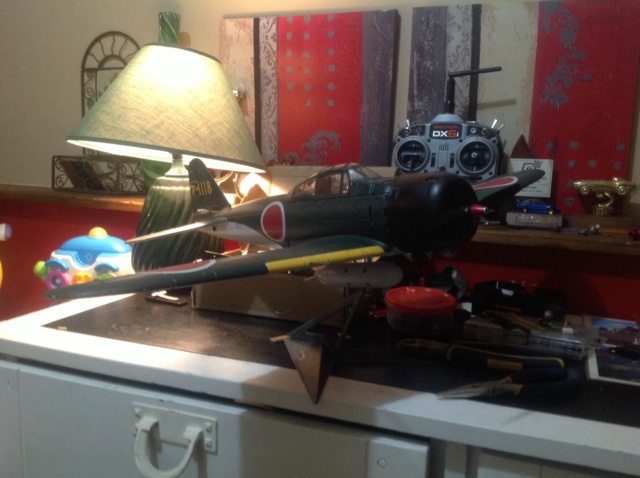 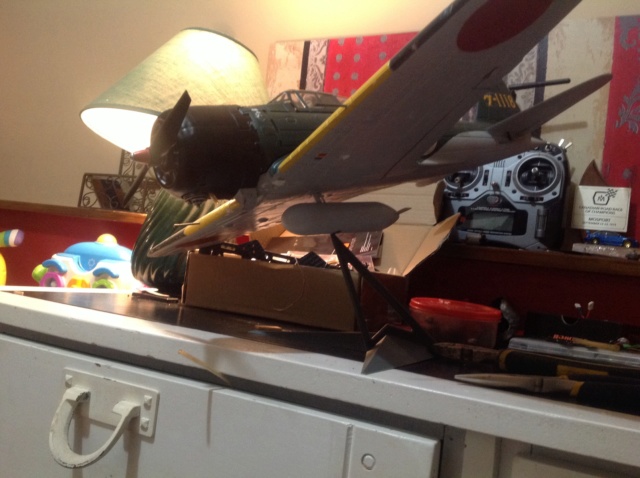 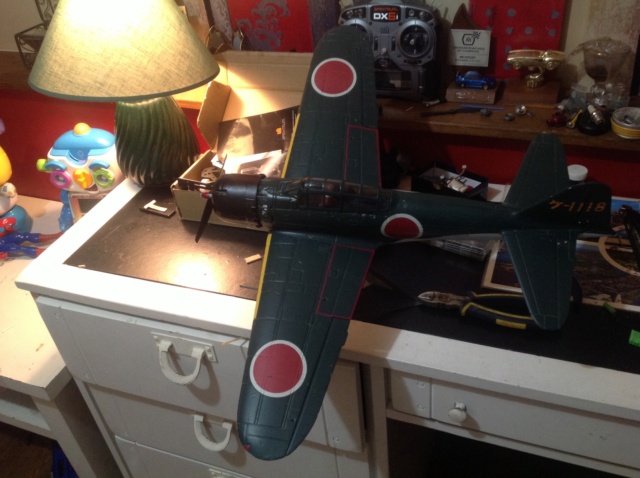 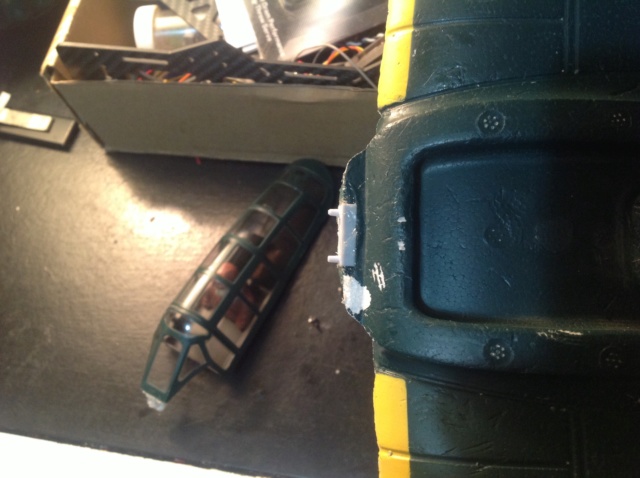 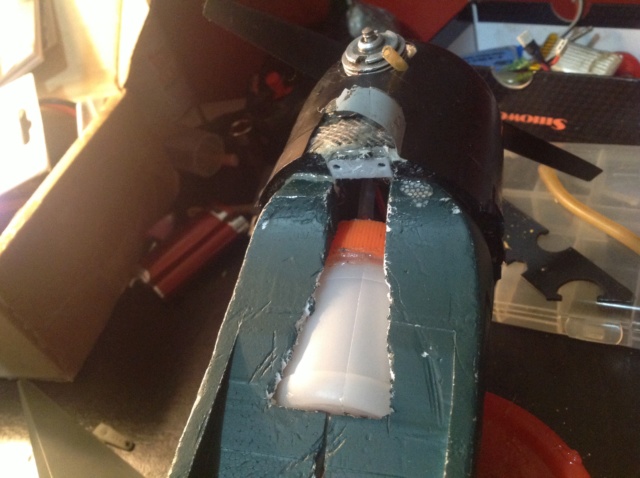 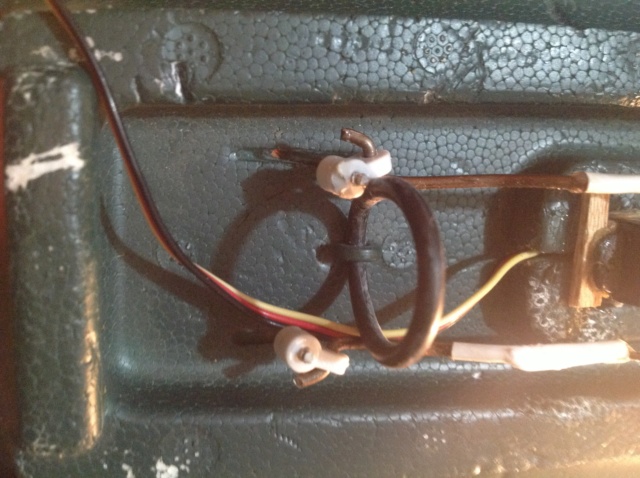 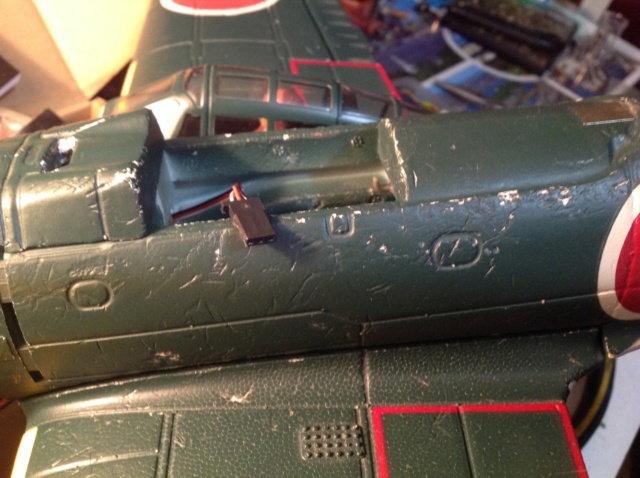 I think converting foamies to glow engines is an admirable idea, some of them need pepping up.

Be careful though, although at first sight foam (epp) is fuel proof - it doesn't always cope well with the exhaust residue.The exhaust residue can be absorbed into the foam kernels or any joins in the model. This can make the foam soft and squidgy (not dissolving but mushy). Eventually any glue joints may give way and the foam can break apart. It may be advisable to apply some fuel proofer to be on the safe side.

The Cox Texaco spun a 7" prop ok, so I doubt that you would do any damage, although I think you will need to allow the engine to free up a little more by going no bigger than maybe the 6x4

on his way soon wil post more of madame monica

by the way just let u no just started working on new engine for engine of the month wil post my progres in time is going big one .15project sportsman cl to rc if not redy for nex month wil just post pictur of random engine chosing in my colection of new engine wit light modification

And the wingspan is ??

What is the wingspan and total weight? With or without fuel?

Guestimating the average wing chord of 3 1/2inches and 25inch wingspan from elite your wing area is 87.5square.inches

do you have landing gear? No, just checked. just a fuel tank or bomb underneath the plane. Oh a bomb for sure.

had an idea last night, AND NOW A PROTOTYPE

davidll1984 wrote:no posible scale landing gear for him bomb is just is stand pod for display witch not used is in is box think the eflite corsair is similar power tink is posible

I couldn't sleep last night in the Southern California heat. I had an idea for a low weight, low cost ranging gear set up. it is very simple using 1/32SS rod, or wire, but stiff like I use for pushrods. and 1 of Bernies 1/2 wheels. Full plastic on oe side and cutout on the other. At one time they were on sale 10 for $1.00 or something like that.

I will repost later with a 2D drawing showing 2 views. The landing gear sort of clips on to the leading edge of the wing, follows the bottom profile of the wig until it gets to the C.G., (Center of Gravity), where the aircraft is evenly balanced fore and aft. The the rod or wire, depending on the size of the aircraft, my wingspan is 20inches and a chord of about 4 inches, so the CG should be 1/3 x chord, or 1/3 x 4 = 1.333inch back from the leading edge. Then the landing gear slopes down at an angle away from the fuselage for enough space to clear the propeller while taking off or landing. In my case about 1 to 2 inches to insure not hitting the propeller. A simple drawing will help.

Back shortly I wasn't expecting to do this now.

I'm back, I forgot to post the above part. I didn't get too much sleep last night. so below is a crude attempt at a drawing showing a clip-on type landing gear for a Corsair wing. Ignore the other parts. The guy who sold me a bunch of Cox Gravity Corsair parts attempted to add ailerons using 1 servo. anyway.

Corsair wing with clip-on landing gear.  Note the the red wire actually form a "V" about 2inches at its widest point and the wheel is at the narrow point. I still need a frontal view and a lot of sleep, so you can see how the clip-on works.

More soon
edited 7-25-2020 at 9:34p.m. PST - I found the black wheels described above and some tiny piano wire and started bending to make a set of landing gear for My Corsair or any other of the Cox Gravity Series.

1 correction to the above text. The piano wire is 1/64inch, not 1/32, but could be heavier depending on the aircraft weight. 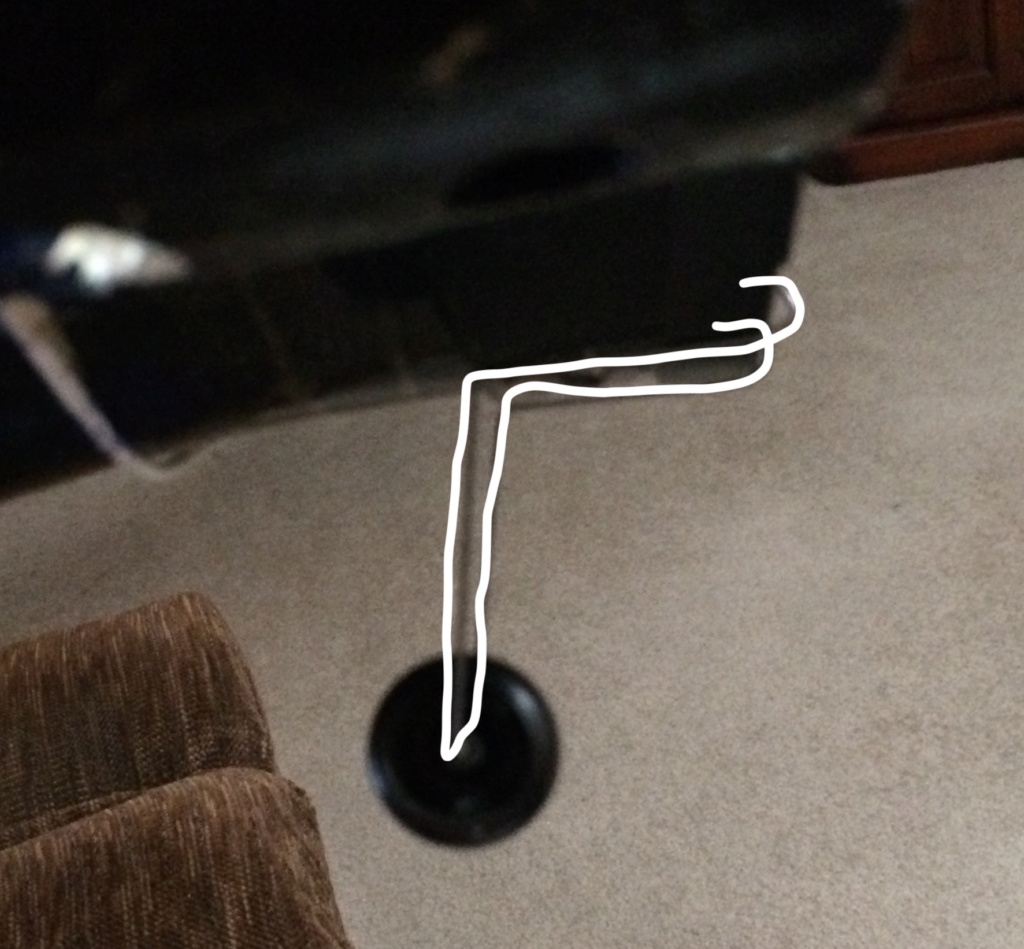 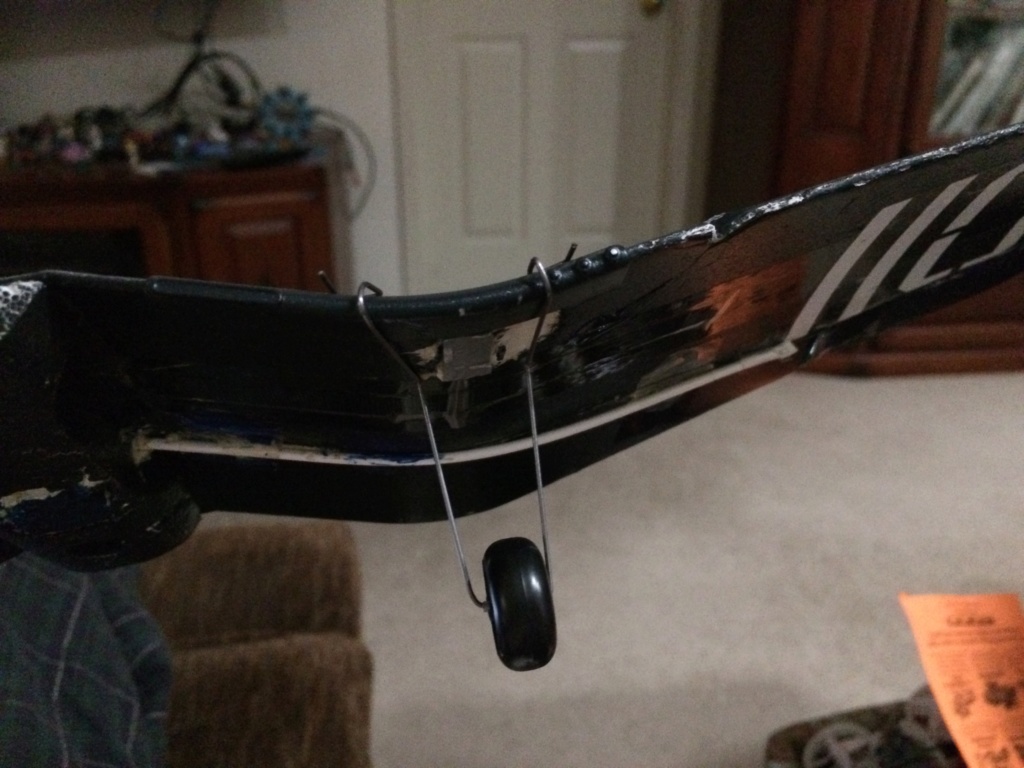 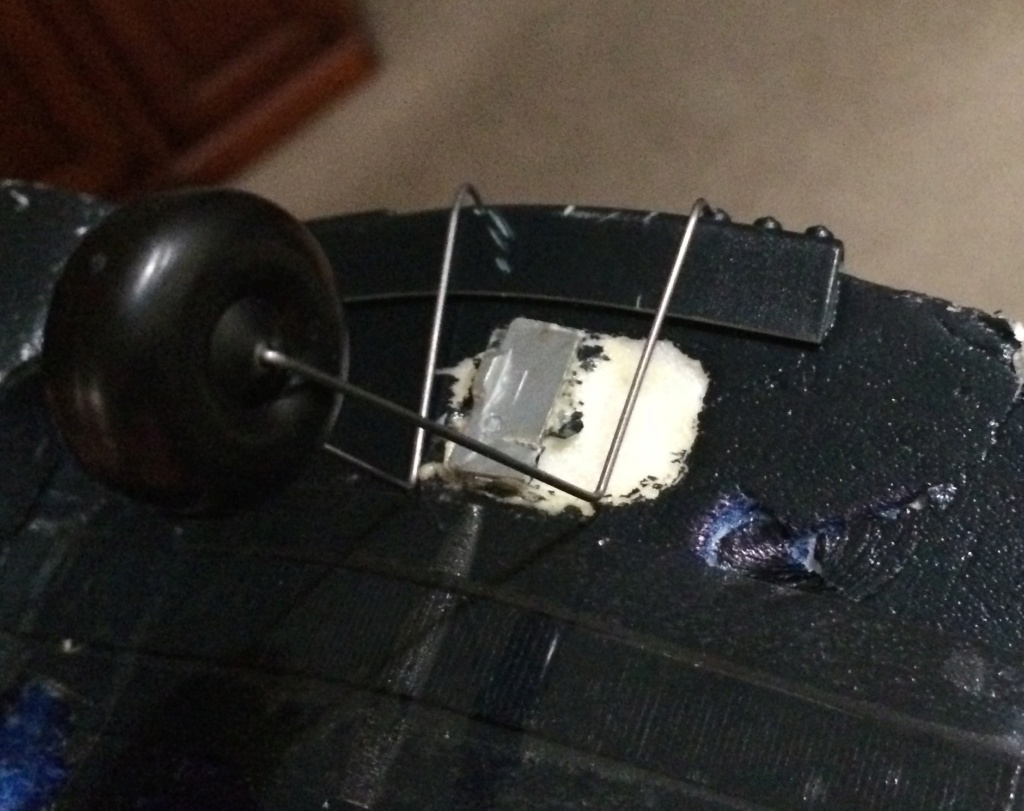 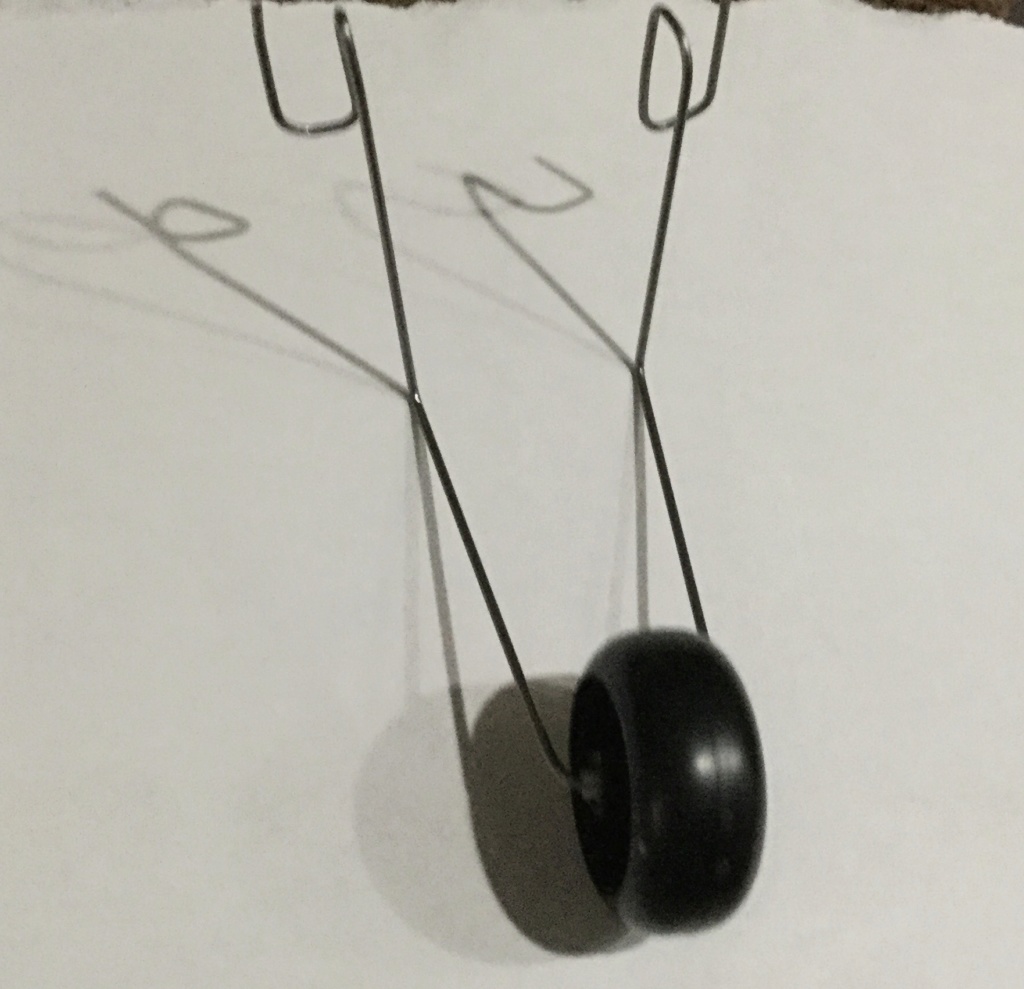 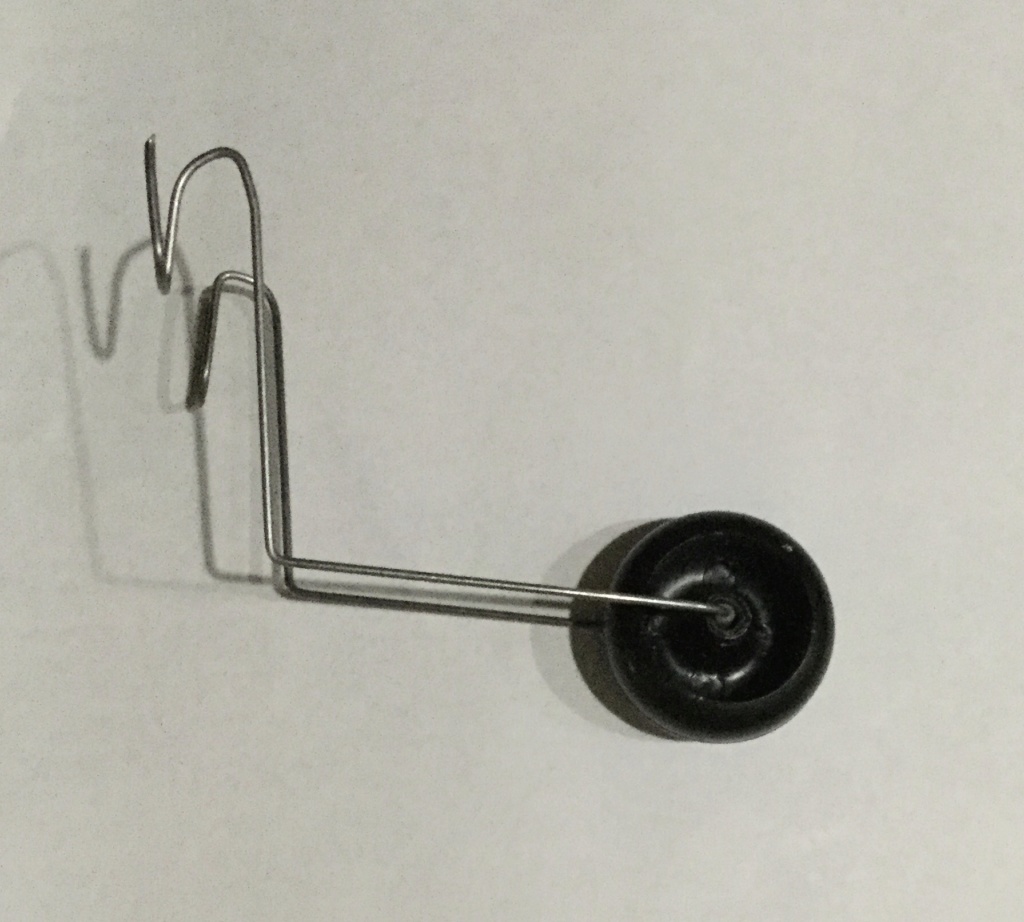 side view of landing gear


it fits nicely onto the wing, but may need a trailing edge support to keep it from coming off during landings.