» The New Normal?
by GallopingGhostler Today at 11:51 am

What looks like a black cox “wings” hustler is currently on eBay. I have only seen a red version before now. Also is a sopwith camel biplane and a couple others. These are the plastic models.

P.s. if anyone is bidding on the sopwith camel biplane, pm or email me and I will bow out. I just want to see what it sells for. 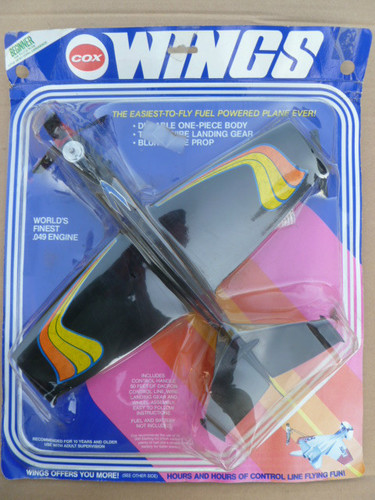 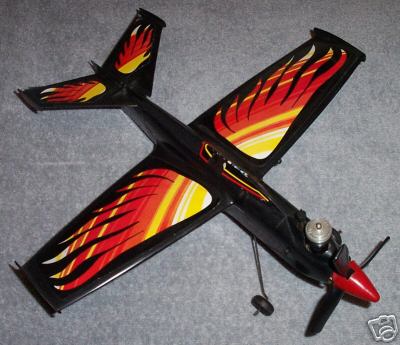 It is currently at Less than $20 plus shipping on eBay. I will try to add link later.

I remember the Wings series! I had a red version of the one you show in black, and both the white and blue twin rudder "jets."

I remember they flew, they landed. Nothing great beyond making a racket and pulling on the lines. They were very much acceptable as trainers. They survived enough crashes to fly that summer.

The local Sears several blocks from Fenway Park had a blemish/returns basement selling them cheap enough for young me to afford them on paper route money. Their engines had been absorbed into my collection of old parts, the cylinders stripped of the safety screens when the tiny spot welds broke loose.

Then I discovered a hobby shop in downtown Boston where I bought my Stuntman 23, and later my Little Satan. Those Wings engines supplied replacement parts for my Golden Bee as I wandered around the hobby back then.

Thanks for the memory excersize!