» RC Trainer Question
by MauricioB Today at 11:19 am

How to assemble 049 engine?

How do you use the spring though.

Sorry for asking too many questions

(sorry for the bad grammas I is dutch)

The helicopter is brand new.

I figured it out. Your supposed to let go of the prop when the grey cap catches the spring

You turn it in a half and let go

Last edited by Admin on Thu Aug 20, 2020 3:25 am; edited 1 time in total (Reason for editing : Merged 3 posts made seconds apart. Please refrain from posting short messages one after another in a short time period. You can edit your latest post.)

Weird because the screws won’t fit in. Any reason for this?

The screws fit. You need to obtain a proper fitting screwdriver. You also should put on a pair of gloves. The screws are self tappers into plastic, they're not going to thread in like a machine screw. They're going to require force and a good bit. Therefore, if you slip and your wearing gloves like I suggested, you won't put the screwdriver through your hand. This heli uses a Sure Start backplate ( Gray) which is mounted to a black mount. the black mount utilizes it's top holes into the rotor assembly. The Sure Start backplate utilizes it's top holes into the black mount with longer screws. Then the two smaller screws again from the lower holes in the Sure Start backplate into the  black mount on  the rotor assembly.

To simplify, you have two short screws, two long screws, two short screws. After assembly, insure that the screws have drawn all sections together. Self tapping screws have a tendency to push apart rather than draw together. This may require you to unscrew all the way and run the screw back in. Spin the rotor assembly and insure that the seams of all mating surfaces are closed and touching one another.

Yeah I’m still having troubles with the screws.

It takes a village

Admin wrote:Can you post some pictures and explain exactly what issue you are having with the screws?

Sometimes it takes a village. Thanks admin. 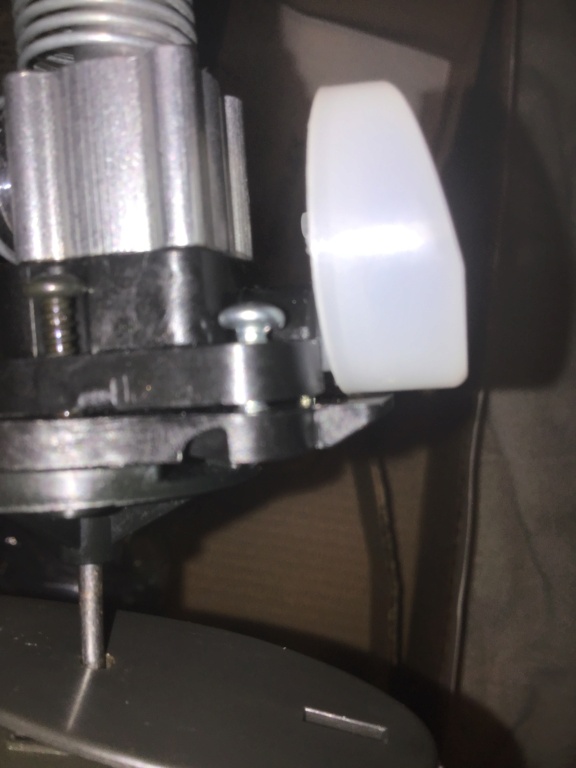 See what I mean, it won’t go all the way in

How do I get it in

I’m busy with school too

Loosen all the screws to the point that they're just started into the plastic. You should have some wiggle and get the problematic middle screws started. If need be, the black spacer under the gray Sure Start mount is only a spacer and if need be the middle holes can be opened up to allow a little clearance. The middle screw, the long ones are retained and captured in the rotor assembly.

I am just saying sometimes it takes more than one of us to help. Different people have different perspectives and “see” different things about the problem that maybe others do not see.

Just saying, see what I mean

I am just saying sometimes it takes more than one of us to help. Different people have different perspectives and “see” different things about the problem that maybe others do not see.

See ken sees a different side of the problem and can help easier than you or I can.