Yet More Flash-Back Time In My Weird Life...Running a Fox .60 "Eagle"

Yet More Flash-Back Time In My Weird Life...Running a Fox .60 "Eagle"

So, I get a note from my former in-laws, asking if I could take some model airplane stuff to help clear space in their basement.  We've been on good terms since my divorce from their daughter (somewhat to her irritation) in 1998.  Both of them are having health issues, and are starting to clear away things they aren't using, and the model gear was destined for a trash heap if it wasn't rescued.

Maybe due to the clouds of "Divorce War", I had totally forgotten just how much stuff Rudy had accumulated...some of it given to him by me, along with a lot of equipment purchased new.

In the midst of the heap was a Fox .60 "Eagle" I'd given him to power his 6ft+ Great Planes Piper Cub.  The Cub is totally framed up, close to being ready for cover, and I intend to follow his request to finish it so he can see it fly (as my tiny shop grows tinier and tinier).  It won't be flying with the Fox, but with a Magnum 4-Stroke that's been lying around my shop for a couple years.

I'd never run the Eagle, having bought it in a box of engines at thrift store in the mid, 1990's, so figured it'd be fun to see if it would easily crank up...and it did.  It was still turning over easily, after it's 2 decade basement stay, so I just bolted it up and fed it some Sig 10% Champion.

The Perry carb had it running and idling in a league with my beloved O.S. engines.  I didn't tach the old Fox, but the idle was really low-end and dependable.

Not sure what it'll go on, but I AM getting visions of a .60 size Ringmaster, doing touch and goes with a single servo radio for it's throttle.  Now THAT would be cool!!!! 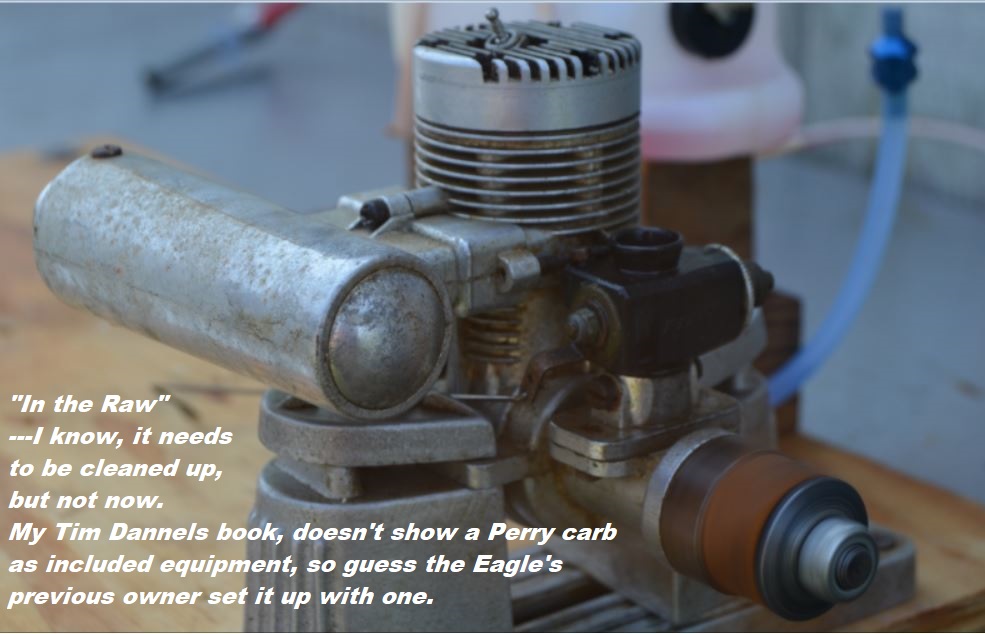 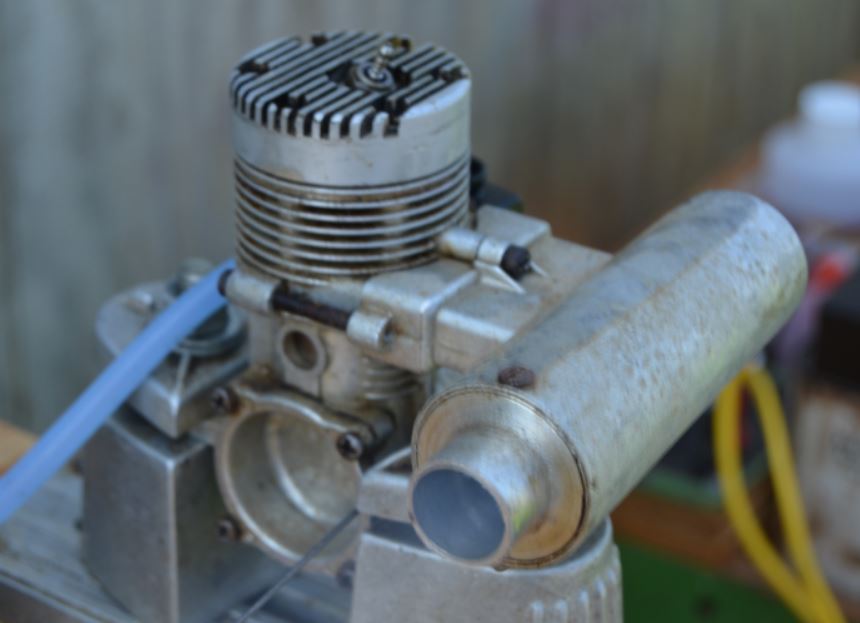 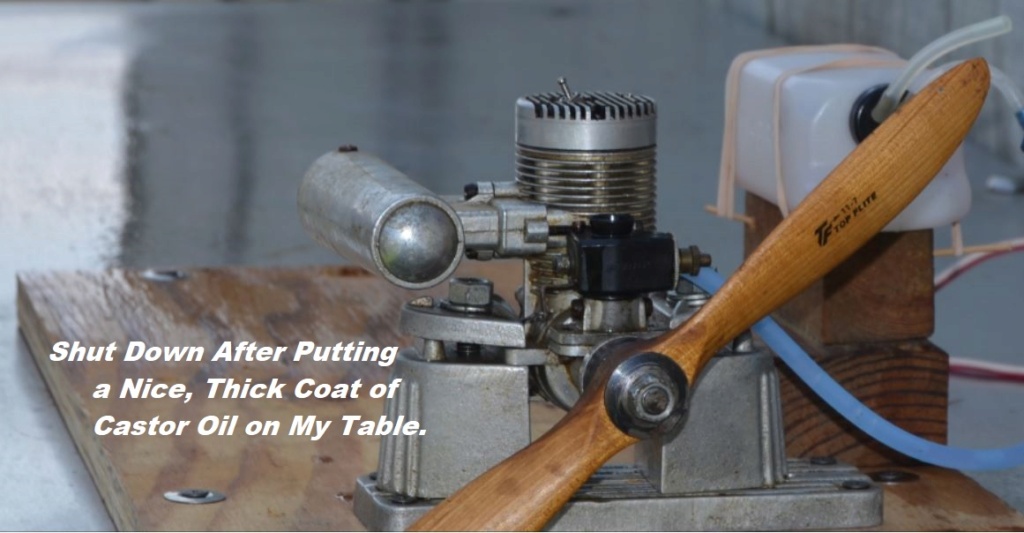 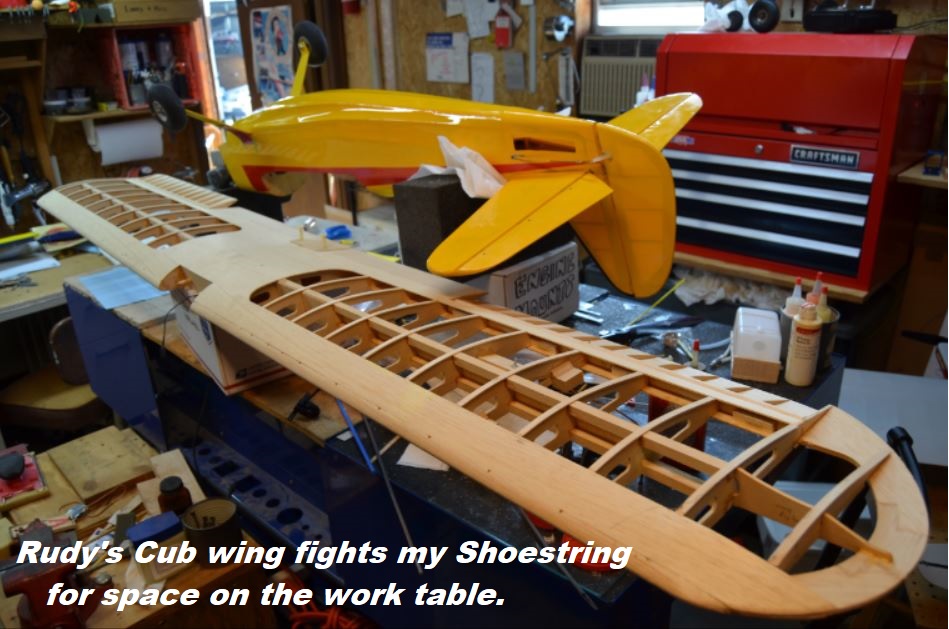 Wow! That’s a really cool looking engine. I think I may have parts of one in a storage tote up in the attic. I remember the flag on the side of the case.
It’s nice you remained friends with your former In-laws. Mine took their daughters side when she took 75% of whatever we had back then. I only lost one plane and a small box of engines, and a pontoon boat! Thanks to the lawyers.

I love the big ones.I have a Fox .60 MK 3 which looks like it's a bunch of cobbled together parts with screws and nuts all over it. It's a beast and I use it to burn up old fuel.Great stuff and they did offer a control line venturi for this .60.

Nice Eagle .60 ! Man that plane takes up some work area / wing that is LOL Make a nice winter project for YOU

I got i think is a OS .60 That i resleeve a long time ago but never ran it Humm. I got a test stand big enough too .