» Anyone catch this Testors BD-5 last night on ebay?
by rsv1cox Today at 7:38 am

A few years ago I built a White Lightning.  I tried flying it as a 1/2A as it was supposed to be able to fly, but it was a dog.  A dog named Lucky.  Underpowered and tail heavy.  So I hung it up on the wall.   A couple of years later I converted it to electric.  A battery up front took care of the tail heaviness.  Still a dog, but better.  I hung it up again.
So I recently decided to convert it to a Cox Medallion .09 for power.  The heavier engine should help with the tail heaviness, and more power should make it fly like it ought.  It looks nice, but still a tad tail heavy.  I’ll add some nose weight and then see how she does.  The engine was just a Medallion I dug out of my rotary engine box.  I don’t remember when or where I got the engine.  Probably eBay.  No idea of the age or engine history.  So I mounted it last night, and just took it out to see if I could get the thing to run.  I had to look up the instruction sheet on Cox International to find out how much to open the needle to start.  So I filled the tank, opened the needle five turns, primed, and attached the glow plug clip.  First flip and it started right up. 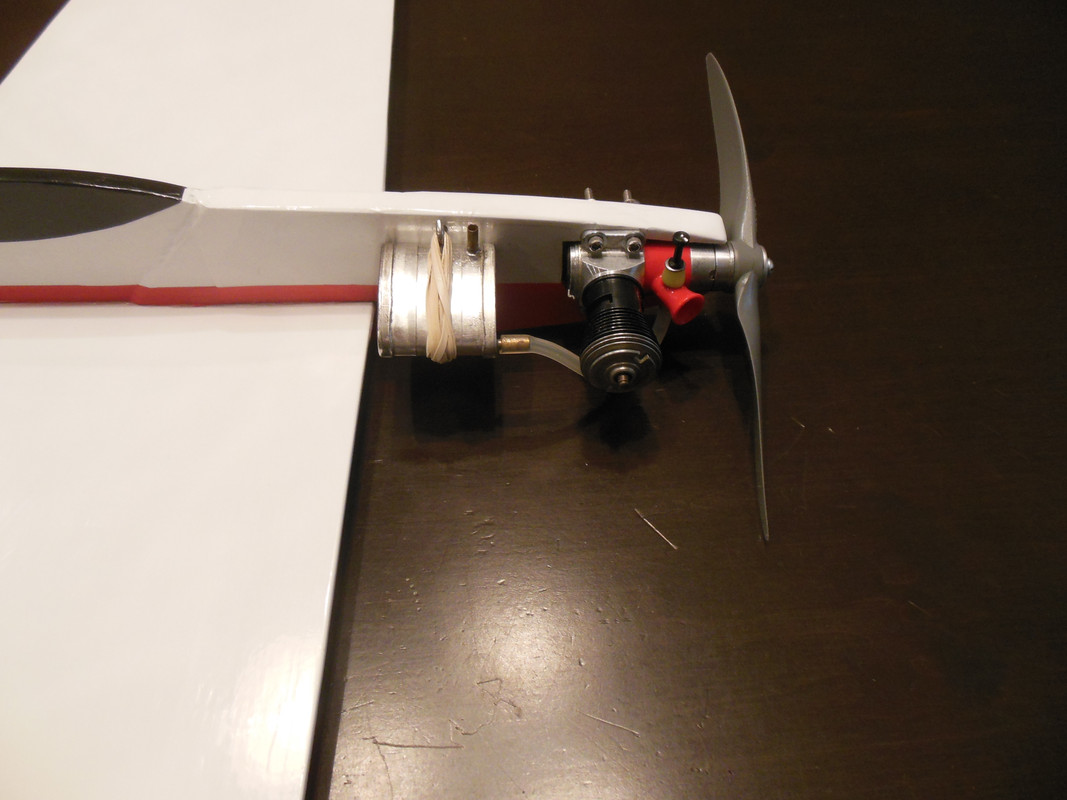 The Ever Evolving Mark

Good luck with your model plane! 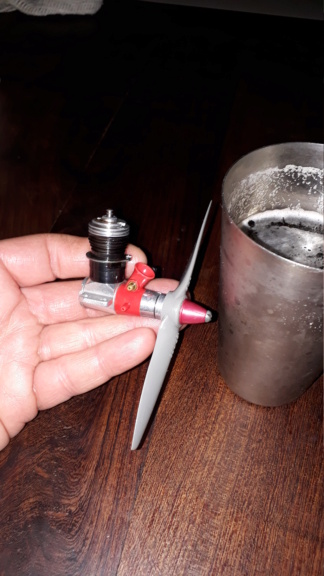 OK, the previous values that I described in rpm, were with fuel without nitro that is 20% castor and 80% Metanhol, then then, I did the following:
Metallic bushing for the propeller.
Propeller center and balance control
Fuel at 15% Nitro / 20% castor and rest methanol-
The engine rpm changed noticeably and there are also no annoying vibrations.
I am thinking of making a model ... more and more enthusiasm!
Also place a silver cone, the one I had before (reddish) is from a Black Widow, in this case I like the silver one more!
then the following values:
rpm: 9500/19710 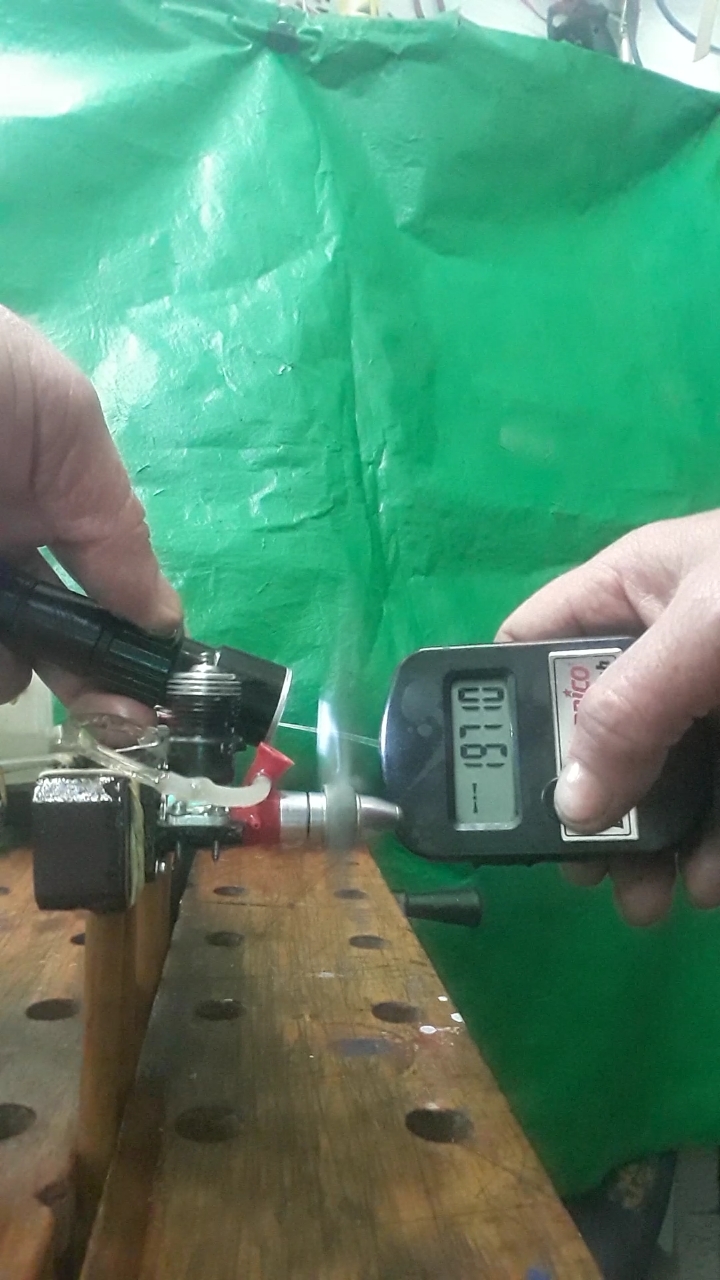 Hi love the plane and research GREAT.
Please forgive if a silly question. The tank fuel line is feeding forward. Does that pose a problem as fuel shifting to rear of tank when getting empty? Is it better to have fuel feed pointing to the rear of the plane?

@Iceberg wrote:Hi love the plane and research GREAT.
Please forgive if a silly question. The tank fuel line is feeding forward. Does that pose a problem as fuel shifting to rear of tank when getting empty? Is it better to have fuel feed pointing to the rear of the plane?

Ice, the brass fuel feed tube enters through hole in the front of the tank at the tip of the wedge and goes all the way back to the rear of the tank, with just a small gap between the end of the feed tube and the rear tank wall. This way fuel is drawn from the rear of the tank where the circular flight of the model throws the fuel. Being a wedge, the centripetal force throws the fuel to the outside of the wedge and almost all fuel gets used up at the back corner where the feed tube end is.

Thanks for educating me. I never cut one of my tanks apart to look. So if mounted the other way around actually it would starve for fuel at the end because all fuel going to the back of the tank. HMM

Interesting Are all wedge tanks the same?

Ice,  it would probably fuel starve not long after it is launched, as the fuel pickup would be at the front, and the force of the plane in flight would push the fuel to the rear.

This is close to the simplest design using three tubes.  There are other ways of doing a wedge tank.  But wedge tanks aren't the only type of CL tank to use.  There are many ways of doing a stunt tank.  This is probably one of the oldest ways.  Tank building is a minor education in and of itself.  For general sport flying, which is really all I do, this is a perfectly adequate tank.  For my larger models I just use a commercial R/C clunk tank, like a Sullivan SS-4 (tank).  Serious competition flyers use all sorts of designs, usually some kind of uniflow tank.

Hi Mark
I learn something everyday. I inserted a wire into the wedge K&B tanks I have and sure enough the outlet tube goes through almost to the back wall as mentioned. Thank you that really is helpful. Make the feed hose much shorter and better. Funny I never thought about that before.