After enjoying my Baronnet models, with .049 engines, one is a Killer Bee and the other I call it Cox Special, both .049, I decided to continue building engines with some available parts that I had new in stock.
So with a Black Widow cylinder, a Sure Star plate, a Babe Bee crankcase, the engine was assembled in one piece. The result was really very good, with a rev range ranging from 4500 rpm to 15150 rpm, this is very very good, as it allows many low and high revving flight attitudes.
After banking the engine, then, I am thinking of making a model for him ...
Each Cox engine that I start generates a lot of enthusiasm, and therefore I want to make many models to accompany each engine, it is so much enthusiasm that time becomes almost the most important thing to be able to carry out each project.
For now I share a video then, with this beautiful simple engine, which has incredible potential for action ....! 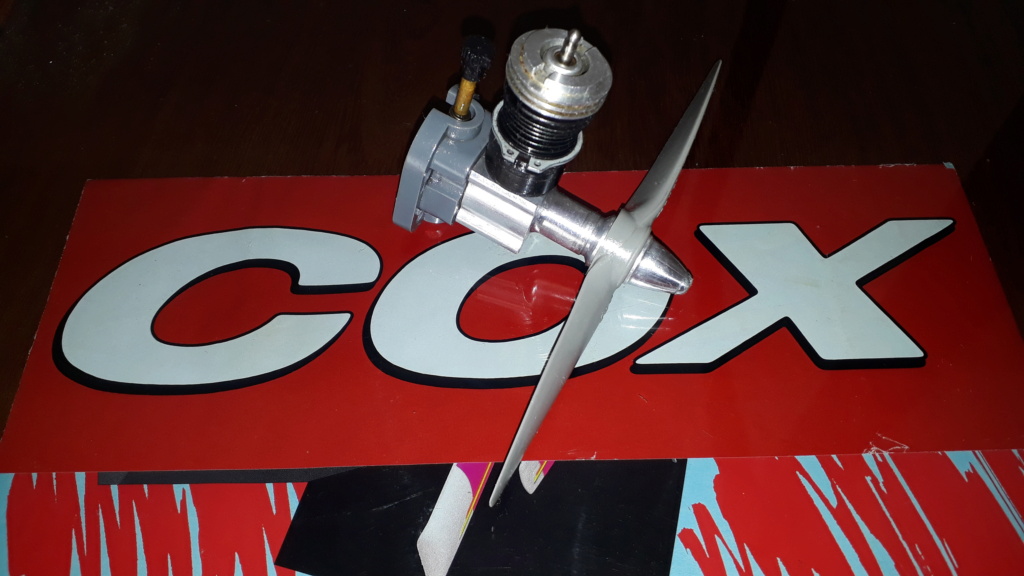 Well, here I am again, I have finished this drawing then, I already have everything in these lines to start cutting pieces and putting together this new plane, but first I tell you what it is:
Based on the Baronnet fuselage, which is very simple to build and lightweight, I decided to create a low wing. Then I have reformed the fuselage of that model (Baronnet) so that a lower wing can be placed, the horizontal stabilizer is the same as that of the Baronnet itself, the rudder, it is to my personal taste, as for the wing, it is a profile of a circular flight model for Cox .049 flying at 14 years old, it is a Barnstormer 1/2 A Flat, that model was a Lou Andrew design so I took that profile and redrawn an adapted wing to radio control with ailerons.
The idea is to use any Cox .049 engine, therefore it is suitable for many radio controlled model airplane enthusiasts who want to enjoy some fun stunts.
As well as being fun, I called it "Cox Fun" ... according to my time I'll be doing it.
Of course, I do not know its result in flight, but once tested, I am willing to share the drawing (plan) of this model aircraft that I already have scanned and available to send to anyone who wants to build it, they just send me the request. for this plane to my email address.
Clarification: no cost.
Well folks stay healthy I'm trying to do that ... let's keep asking God to protect us and we can move on.
Next, I will share with you the step by step.
For now a photo of what I have on the drawing board .... Greetings! 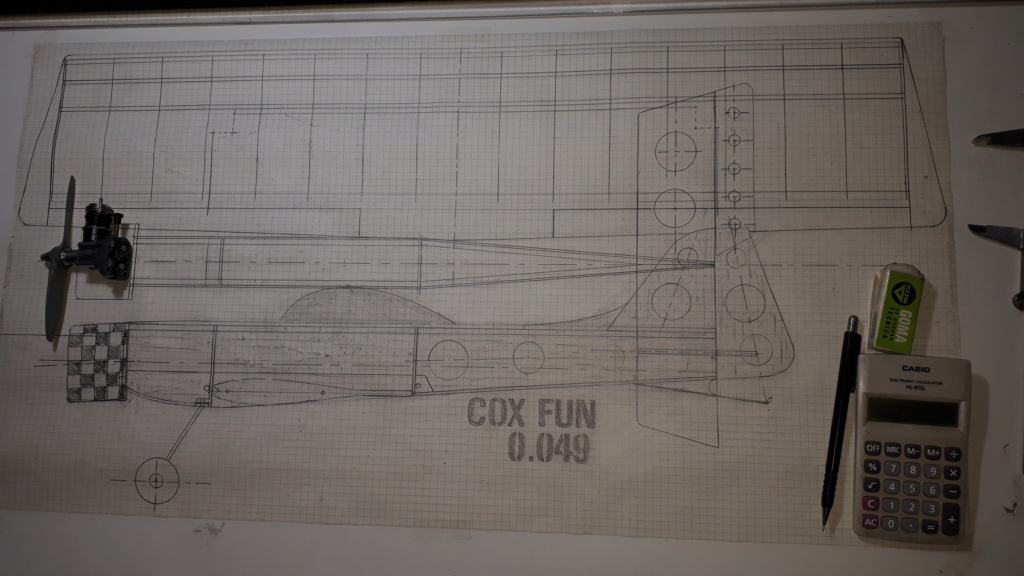 Mauricio is engineer, modeller, draughtsman and one of the best friend!

Thank you my friend for your words! ...
... or not, I just feel a lot of passion for this and every time I discover something, again I realize that something new is about to be discovered ...
A few hours ago I managed to let this engine regulate at 3200 rpm ... it is not to believe! ... how could you not fall in love with these jewels ?!

Well, I did new tests and the lowest I could regulate is 3270 rpm, you can almost see the propeller as it turns hahaha ... but the safe gear is around the 3400/3600 minimum, there the engine seems to like it more.
3600 rpm minimum is really very impressive, the propeller there barely pulls a negligible breath of wind. I was surprised by the ride reliability in these ranges.
3500/15000 is great. 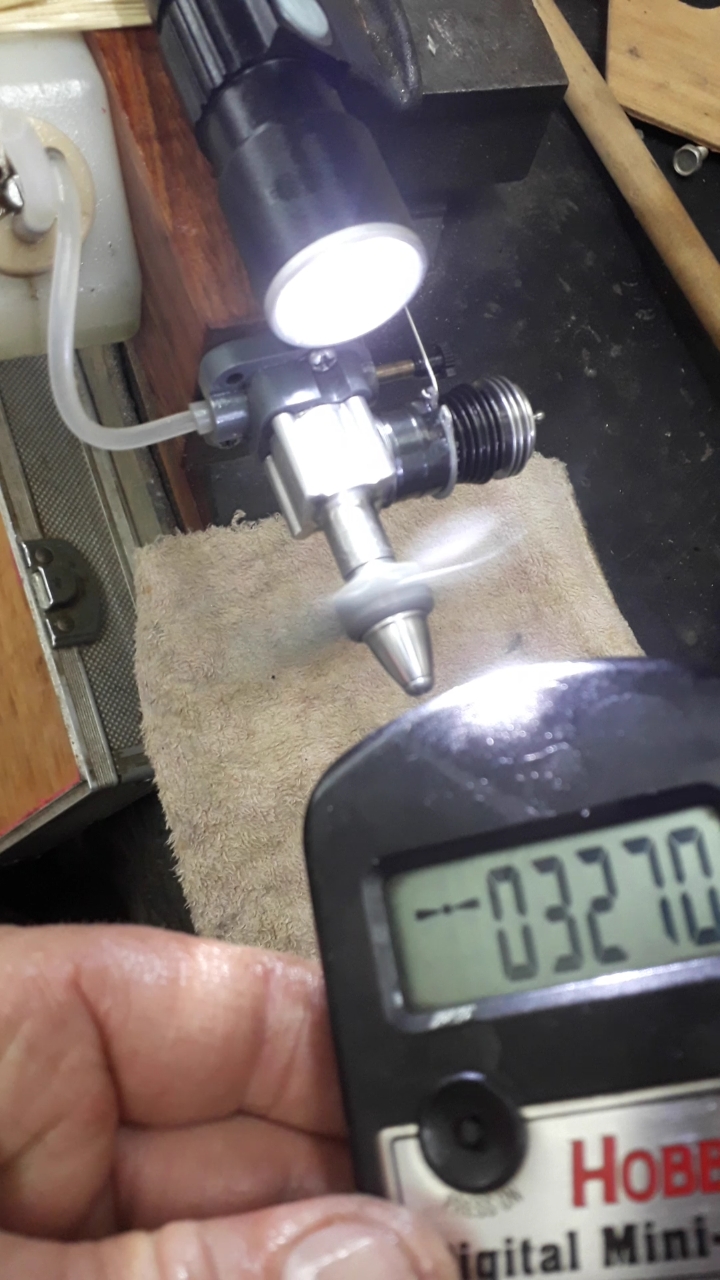 That is very impressive at 3600 rpms

Does this engine have SPI or do you know ? It says the pre 96 did have with open ports . Is the prop a 6" it seems it should have a little better top end RPMs

Ohh Eric, you just had me inspect the cylinder inside and I was in for a big surprise.

When I assembled this engine, I only saw the outer shape and immediately related it to the cylinder number 3 of the frame (Black Widow), it turns out that when you asked me the question, then I wanted to verify exactly to be able to answer you ... great was my surprise When seeing internally that this cylinder only has one transfer, only one !, that is, its external appearance confused me, now I have to see exactly what cylinder or cylinder number is exactly !! ... I will have to make an information correction in my video and also here then clarify, that it IS NOT a Black Widow cylinder .... I'm seeing what it is about ?? !! 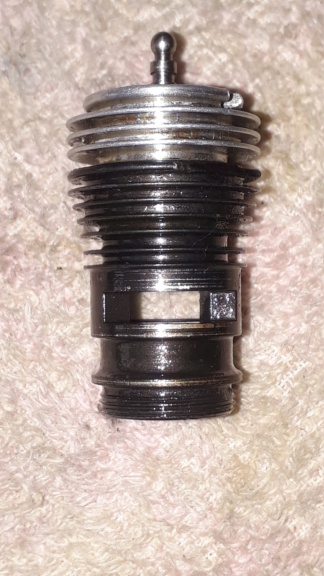 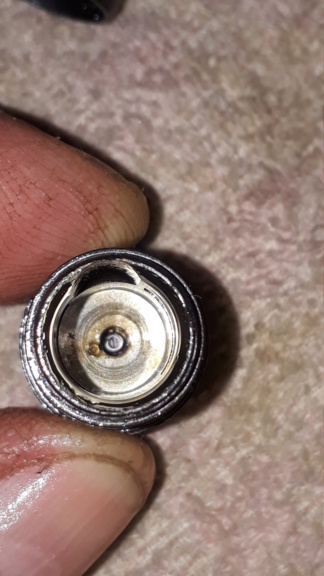 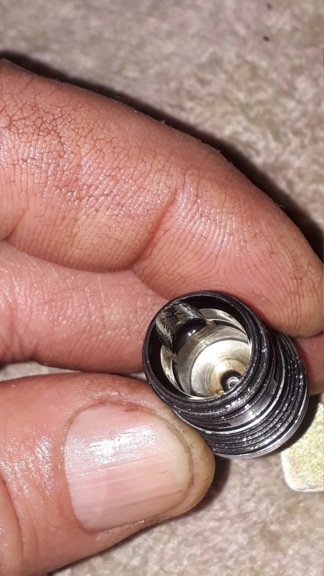 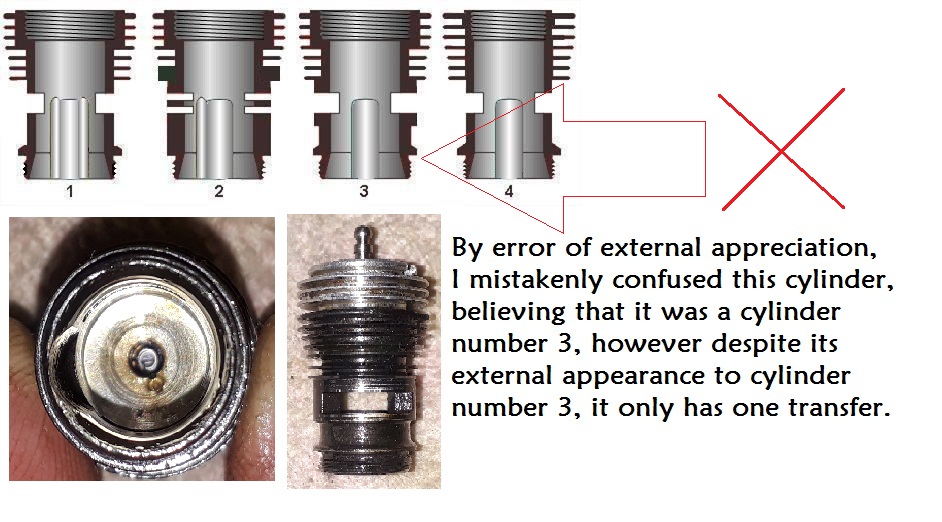 So, looking at the line and figures of cylinders, I can't figure out which cylinder it is

The single bypass cylinders with SPI are #2

This is a cylinder with an external appearance equal to number 3 on the sheet, but internally it only has one transfer and does not have SPI.
I don't see a cylinder like the one I have here on the spreadsheet ... 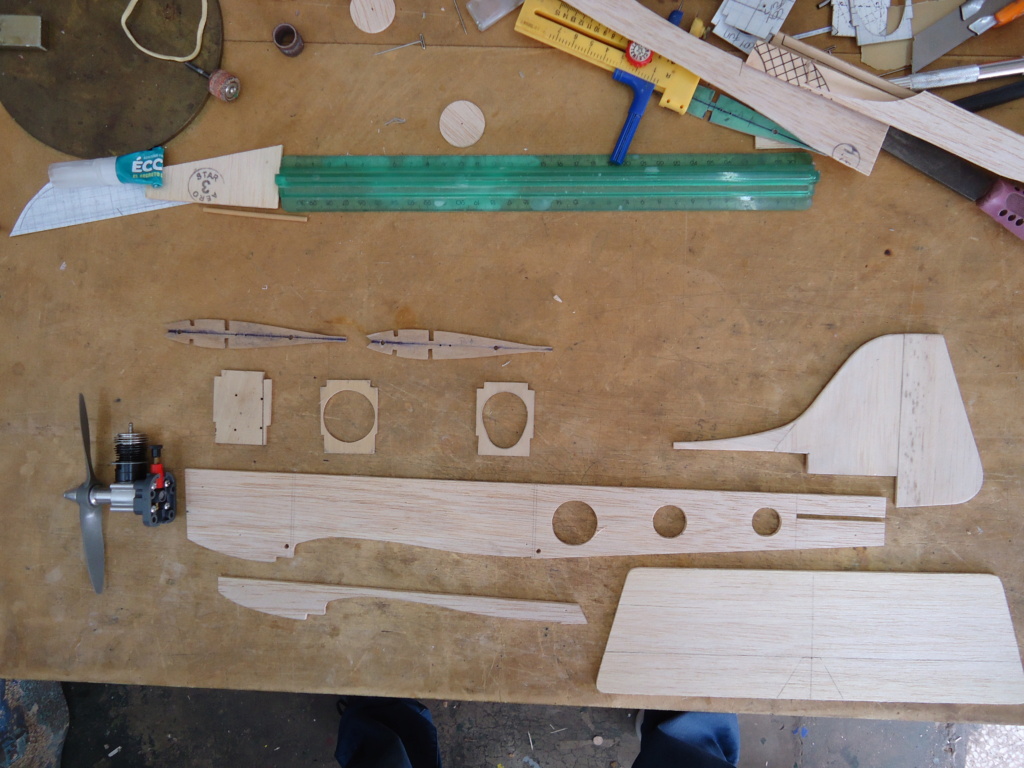 well, it is taking shape and I like it!
From the beginning of this design, I decided to place the motor horizontally, it has to do with driving safety, both straight and upside down, the motor has to do the same.
The idea of this COX FUN model is to fly doing various stunts and therefore the engine must be reliable. Everything will be waiting for the final result ... here we go... 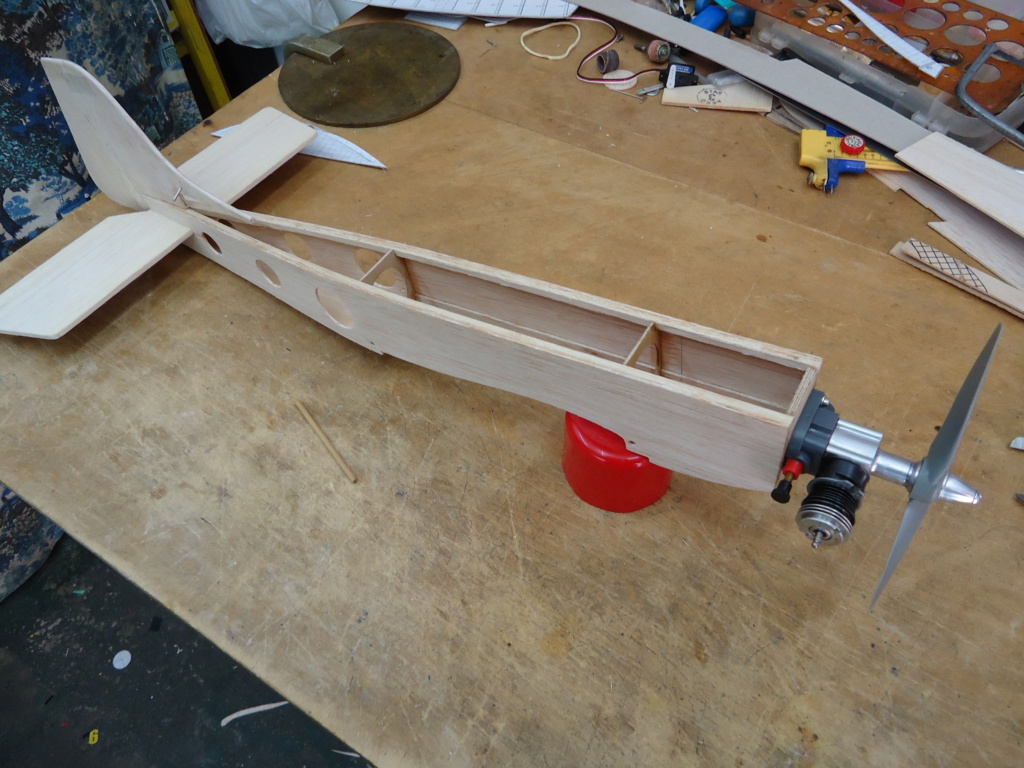 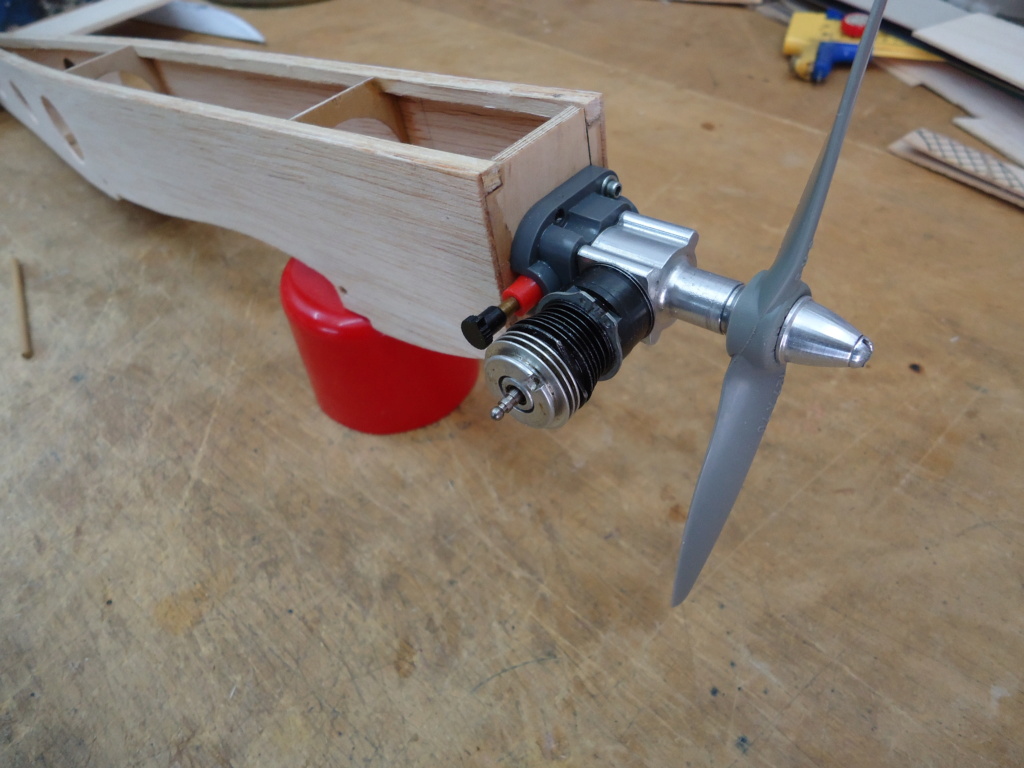 Thank you very much! .... I have faith that it will be a very entertaining model of flying ...
Today I went to test and place the model in different positions playing with the accelerator, in order to observe the behavior of the engine.
The Baronnet is not a suitable model for these maneuvers, however, I came home super happy with what I could get with it ... playing with the wind and the accelerator, without failures and without risk, it was great ... soon I will share a video...

Well friends, here are some flights with the Baronnet and the Cox .049 ... I really had a lot of fun ... the response of the engine is surprising at all times, I didn't want the afternoon to end !! ... a lot of fun!
I hope you like the video.

Bravo Mauricio!!! Very good aerobatics, and brave piloting in the audibly strong winds! I never dare inverted flights at low altitudes, only high up, where I have the time to correct any piloting mistake.

You fly this small plane like a real 3D scale plane!!!

Either way seems to pull the plane fine with good acceleration

That's some really nice fling you did even it is not intended to bee a stunt plane . enjoyed the video

balogh wrote:Bravo Mauricio!!! Very good aerobatics, and brave piloting in the audibly strong winds! I never dare inverted flights at low altitudes, only high up, where I have the time to correct any piloting mistake.

You fly this small plane like a real 3D scale plane!!!

Thanks András, I really thought this would not be possible, when I started to trust the model and the engine gear, I realized that I could go beyond the limits of the Baronnet design itself as it is a design to fly straight and not inverted, but when installing a .049 engine I went through a few more tests and was very surprised by its performance. This inspired me to draw a model especially to do that type of flight, that is, a Fun Fly, which will carry nothing less than a Cox .049 ... so while I have time, I will continue to build that simple model airplane that you will surely have. Too much fun.
Yes, the cylinder is straight and it has no step, however the engine that I show in the Cox Fun model has a step and I notice that it responds very well. One point to take into account for the acceleration ring is to supplement with washers so that it does not move vertically and still further seal the gas outlet. Also, not all cylinders are perfectly the same on the outside, so a throttle ring may, on some cylinders, seal better than others, I have noticed this on my own engines.

That's some really nice fling you did even it is not intended to bee a stunt plane . enjoyed the video

Thanks Eric! .... ohh I'm really amazed what can be done with a Cox engine and a simple model ... I never thought it was possible, to control the acceleration in this way and fly this model inverted at that height from the ground. .. It was unthinkable, but without a doubt these wonders have a lot to give ... great potential, you just have to discover the way!

Well, after flying the Baronnet model in reverse, playing with the accelerator ring and checking that the engine works perfectly without failures and without stopping, then I think I can position the engine to my liking, that is, with the cylinder up, with The cylinder on the side or with the cylinder inverted, all the positions will be valid and there will be no problem, so I decided to place it up, as I have been doing in other models for reasons of having a Standard way of placing engines and thus being able to replace one with another without too many changes, just a couple of screws and voila ... that said, these are the advances ... 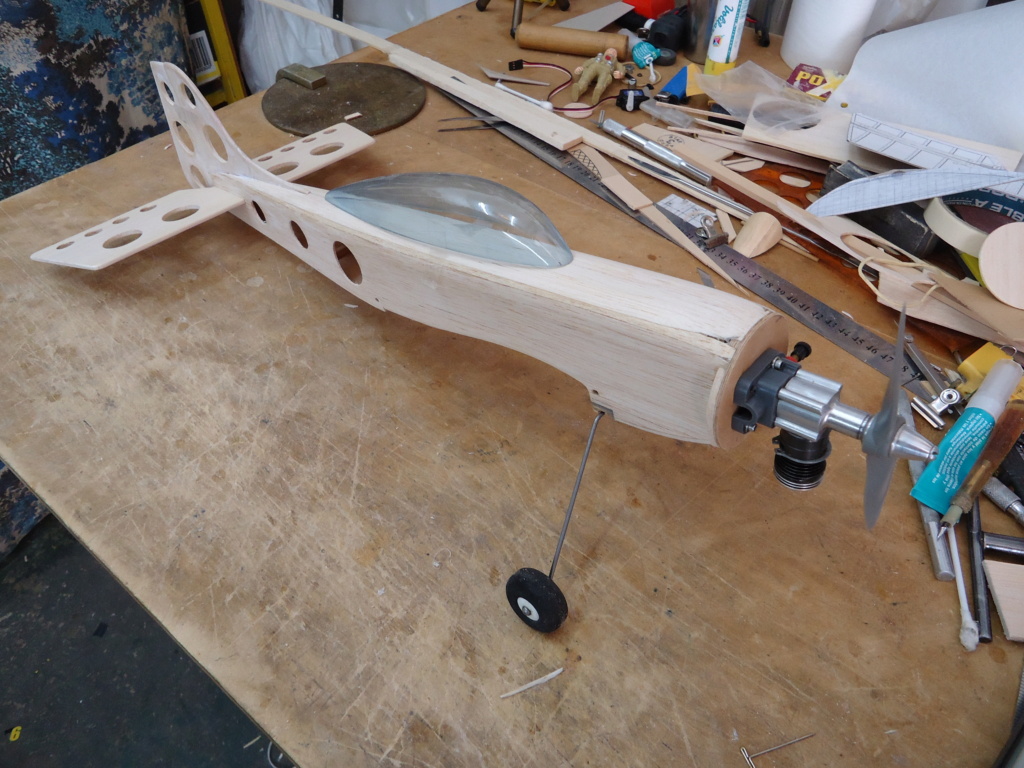 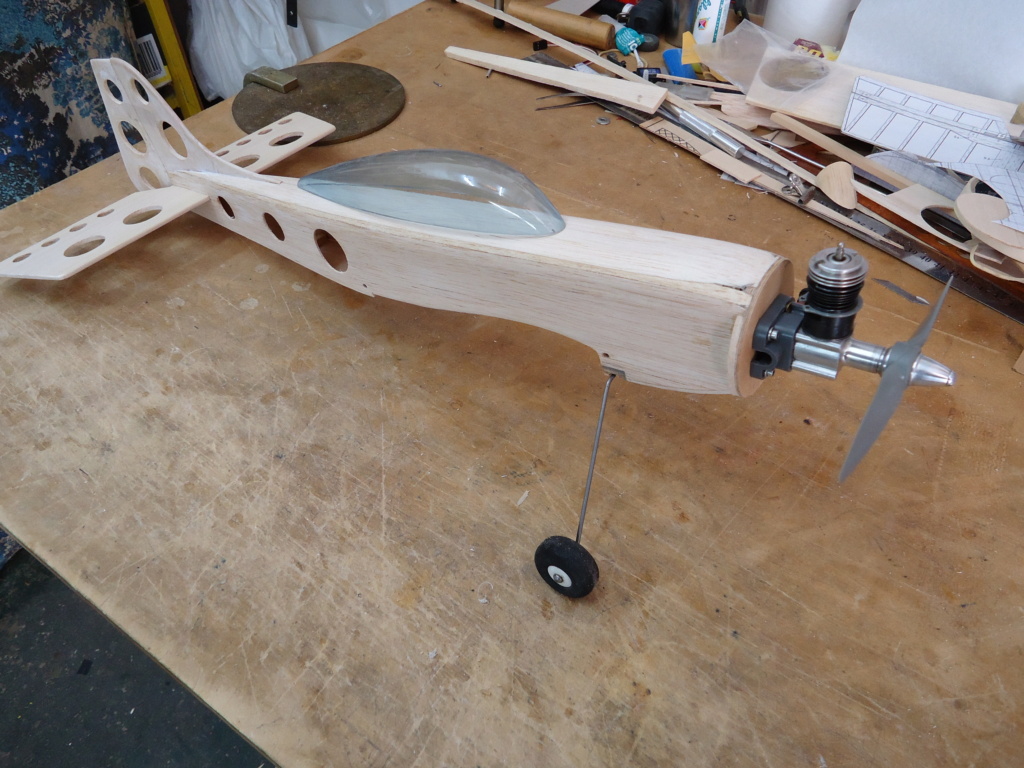 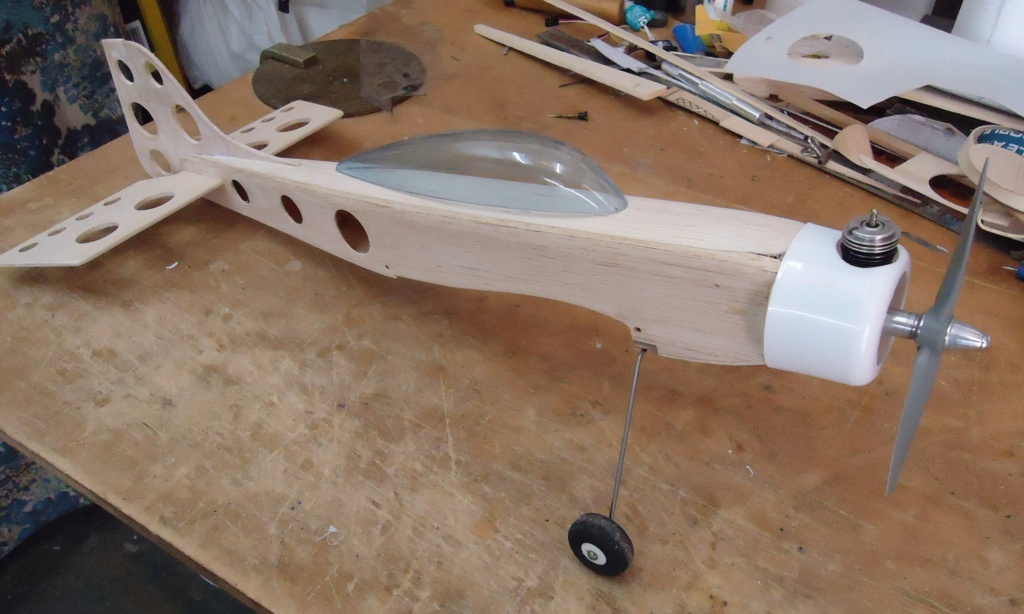 OK, the fuselage, stabilizer and rudder are almost ready. Time to get started with the Cox Fun model wing ... here I go with the ribs!.. 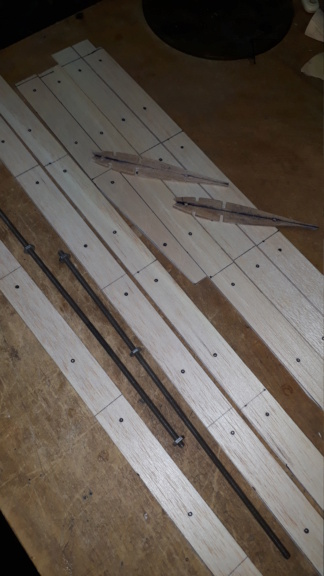 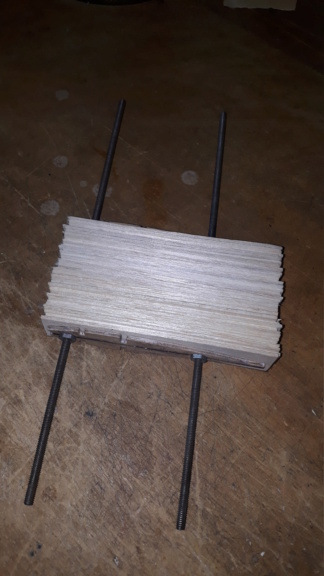 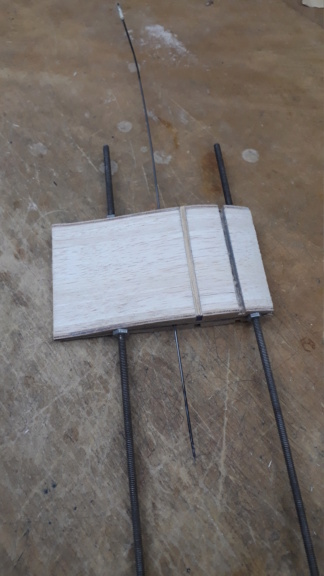 Cool , is that a whip drill in the last pic ?

getback wrote:Cool , is that a whip drill in the last pic ?

) but I think I realize what you mean ... so:
Previously I drilled on each side with a bit (drill), but since the length of the bit did not go through the entire package, I completed the drilling with a 1.8 mm steel wire, which was heated to its end over fire (bright red) And all the ribs were longitudinally reviewed, that is to generate a passage of the control that will go on a round carbon rod that will activate the ailerons.

Well, I have started to build the wing, and I like these ribs the way they are set.
At first I thought about placing a central servo with carbon and brackets to handle ailerons, after a nice chat with a friend (Roberto), I agreed that for what I want from this model aircraft, it is convenient to place a servo for each aileron and in that way combine flaperon, this will give me the possibility to have a lot of lift at very low speed and roll safely ... at least that is the theory and I hope it will come true 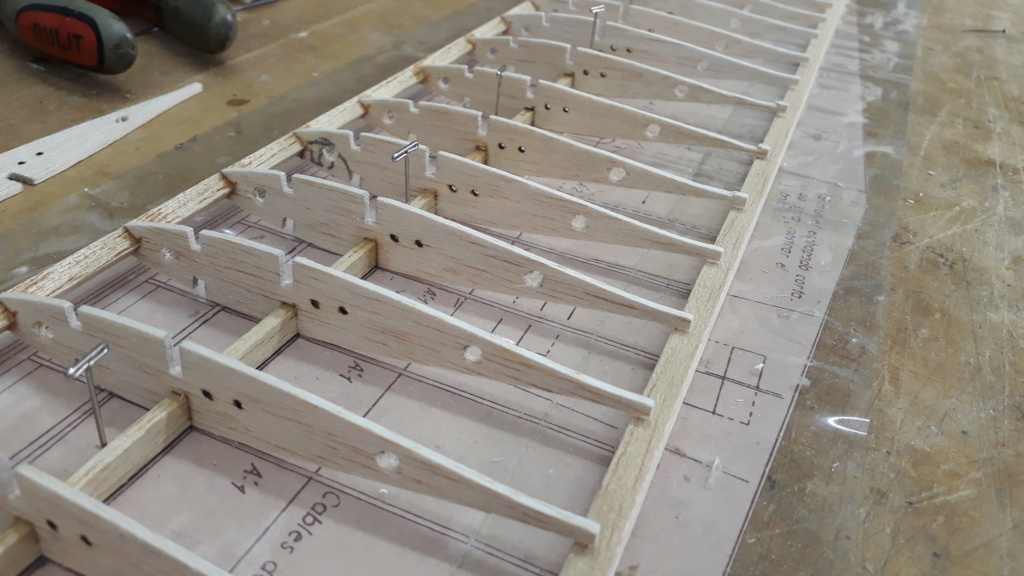 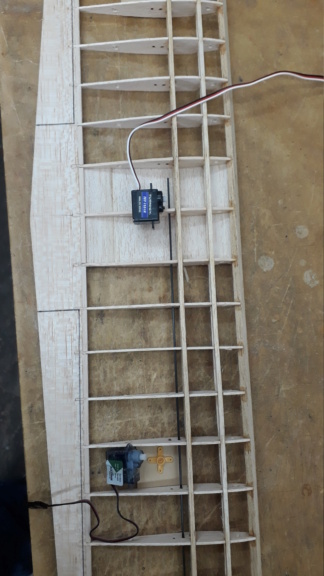 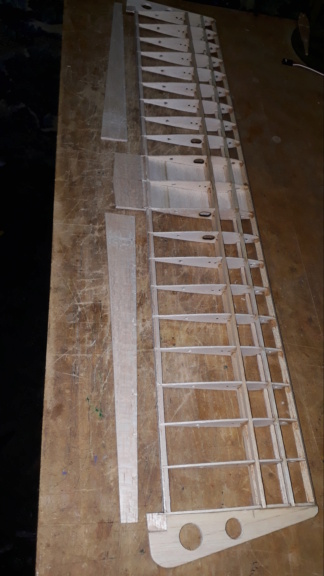 Sorry i should have said flexible drill bit , but the wire is a excellent idea

Mauricio you work fast , the wing is coming together nicely!