Hey guys, I need some more of your expertise.

I have these two engines in my collection and I believe that they both originally came out of Cox P40 control line planes. I hope that you can confirm or deny this!

Thanks in advance for any information and insight that you can shed on these engines! 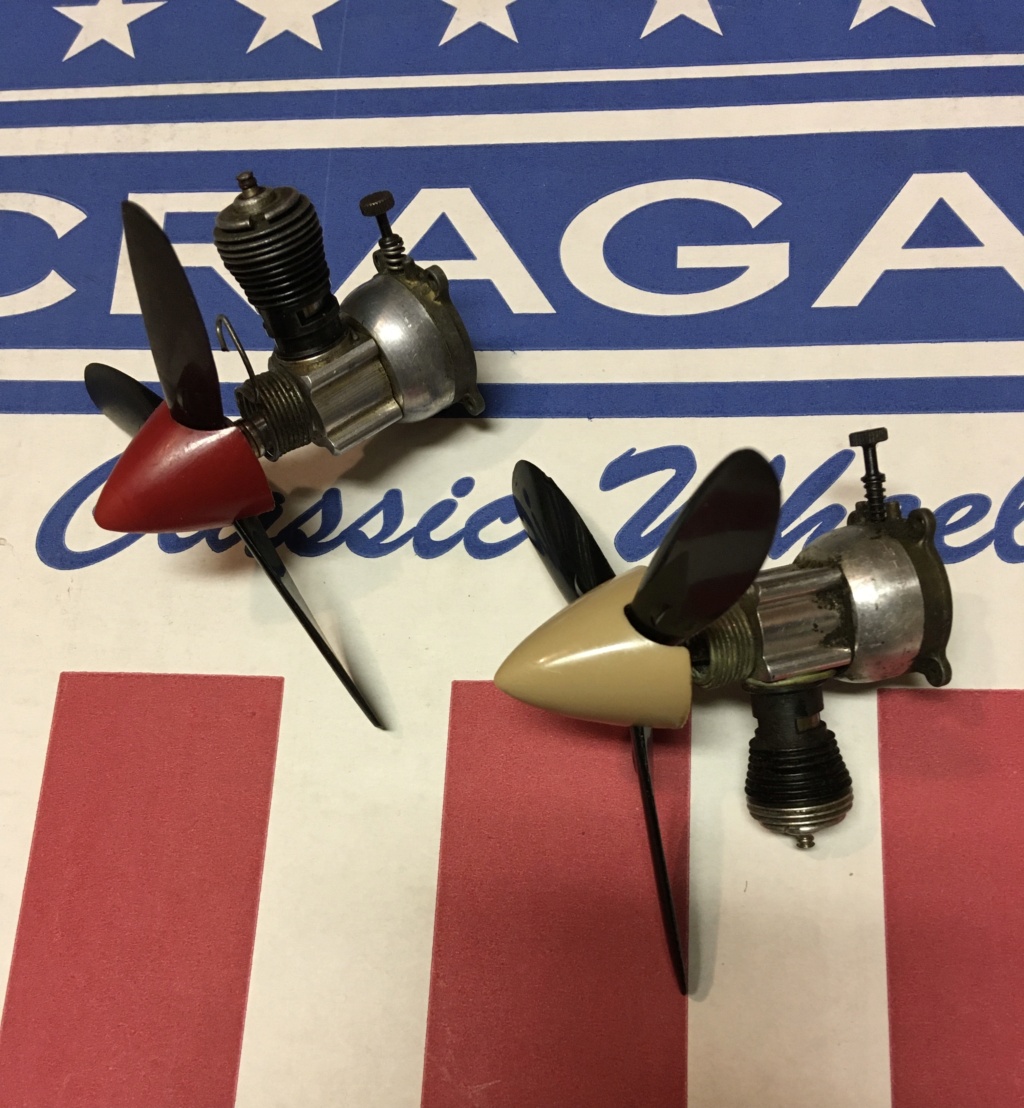 If original, the engine with the P-40 stamping is most certainly from a Cox P-40 model, assuming it has all the correct parts.  The inverted engine, as shown, was the earlier version and indeed did have a tan spinner. Known as a Super Bee.
It is possible that the engine with the #1 stamping may also be an original.  The porting of the #1 & P-40 cylinders, I believe, was the same.  The later model had the engine upright, and did indeed use a red spinner.
It may be best to check this site for confirmation.  http://www.mh-aerotools.de/airfoils/cox_frameset.htm. If you go to "Model Data Base" you can confirm the years of manufacture.