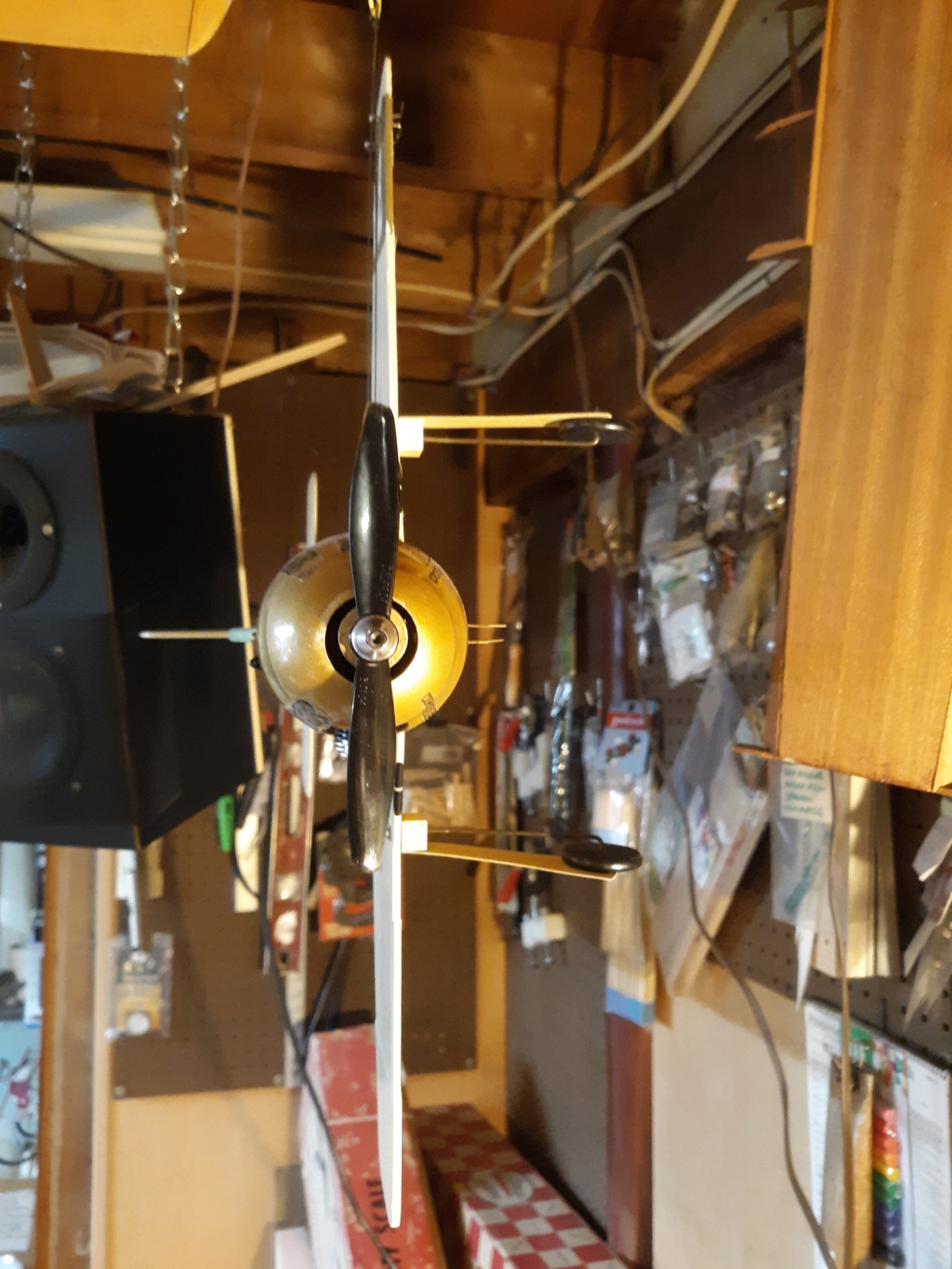 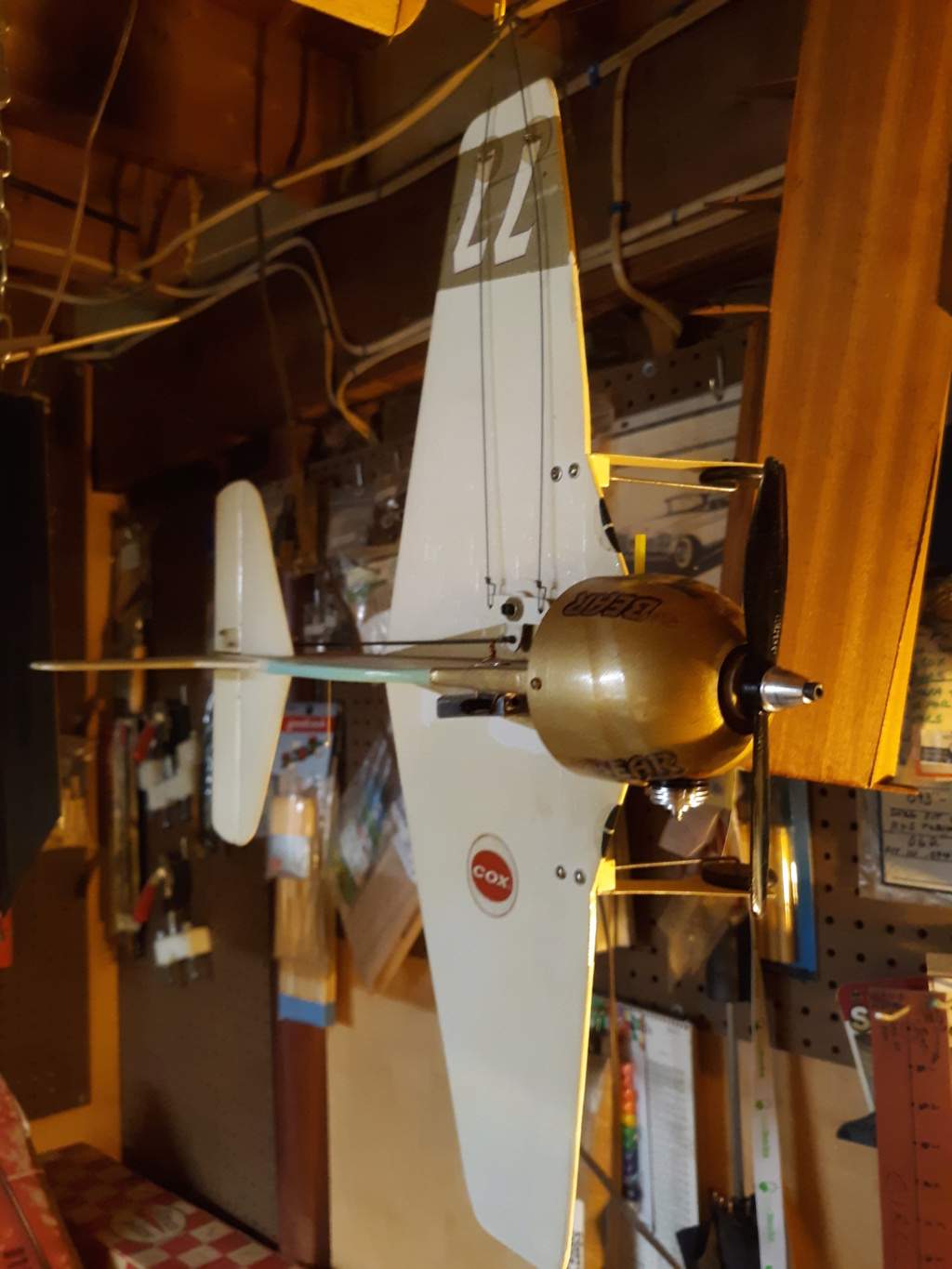 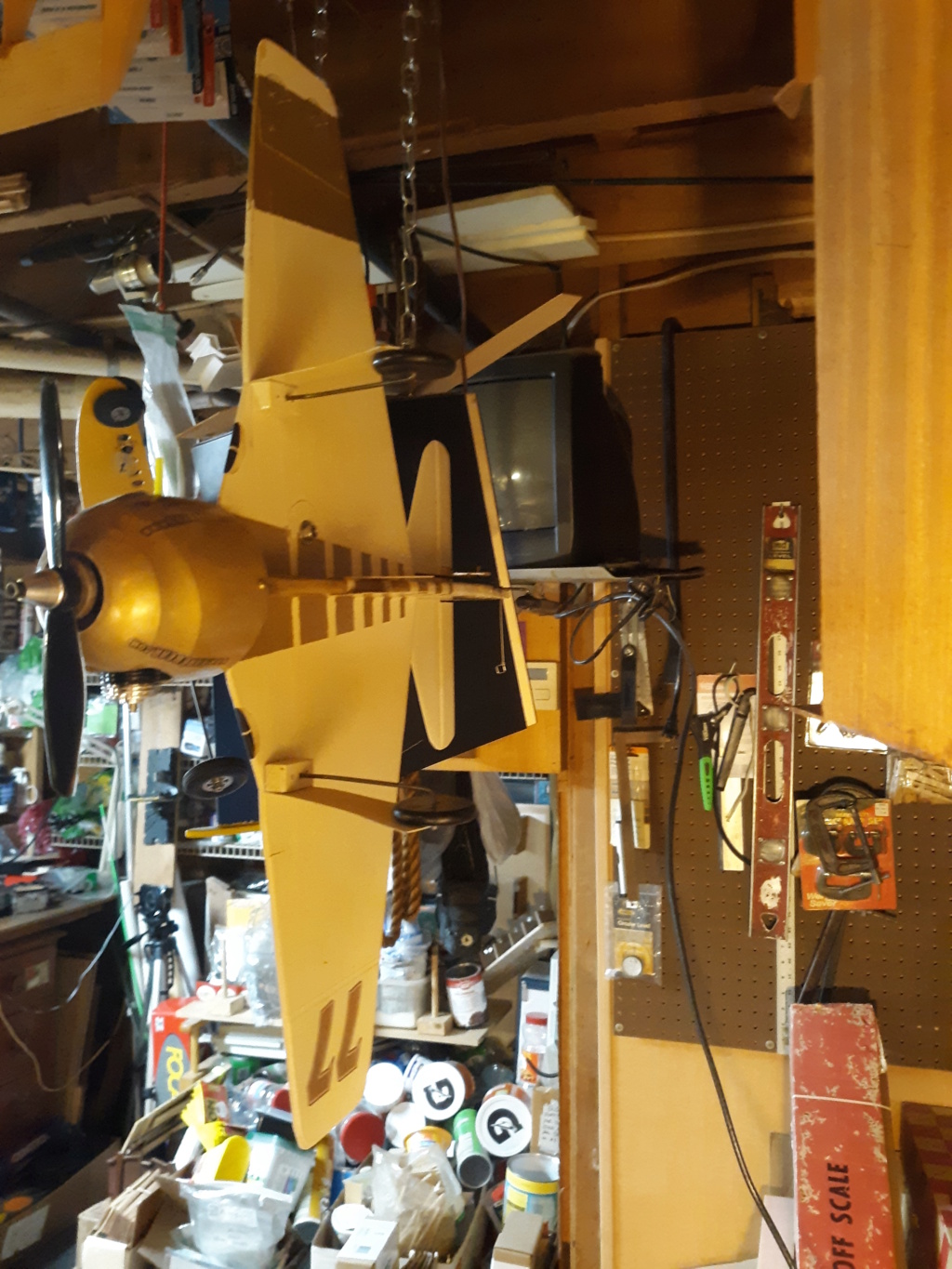 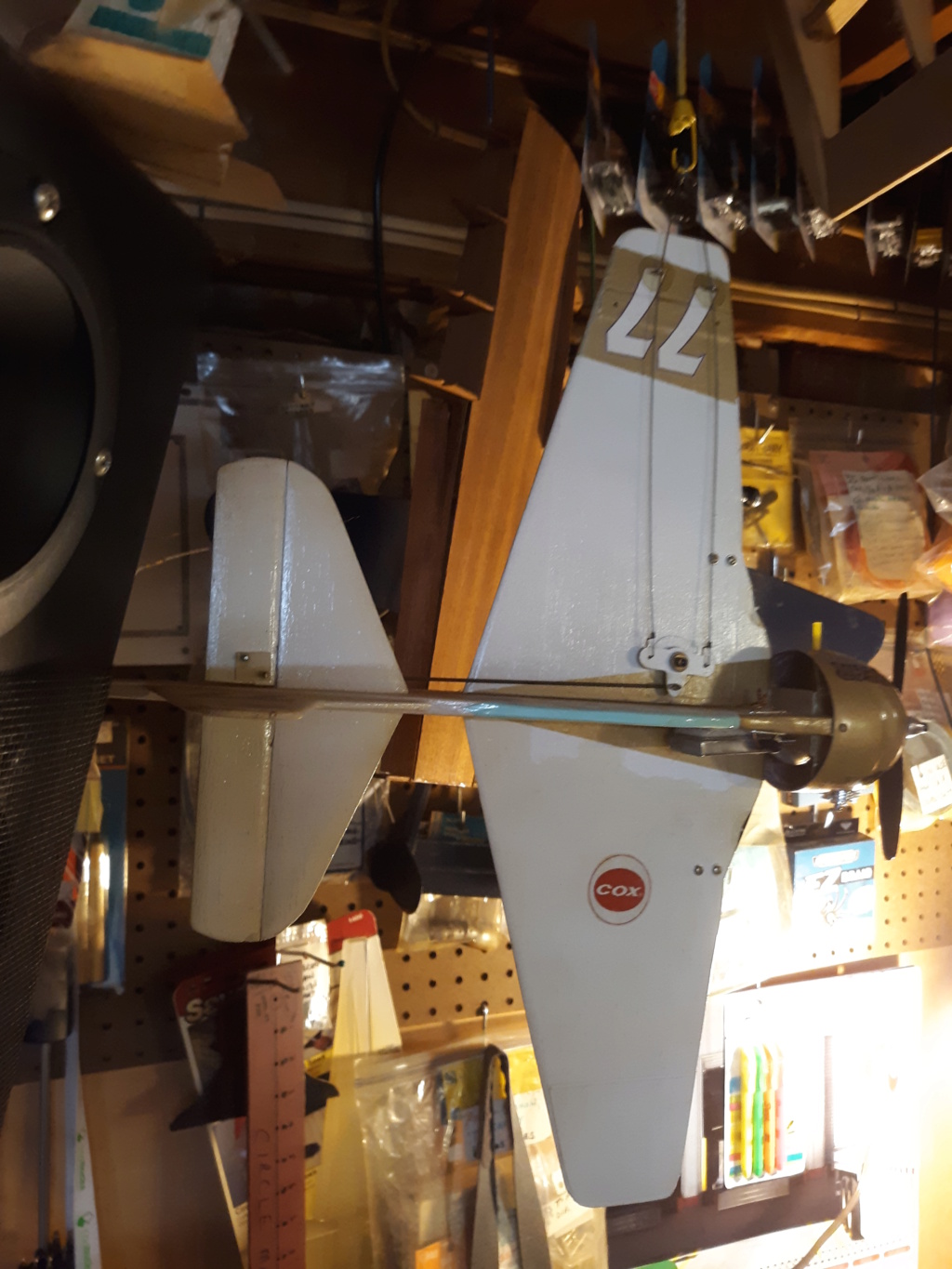 I want to fly this airplane.. this year.. especially.

Nice! I see what you pun there!! nice job!

Still looks great roddie, regardless of what you call it.

Marleysky wrote:Nice! I see what you pun there!! nice job!

I actually checked the crankshaft end-play this afternoon after reading thru Mauricio's "Cox Fun Model .049..." thread. This engine is my CEF Tach-Race engine of back a couple 3 years ago..

It's nice and tight.

I should make-up a shorter set of lines to re-train myself. I learned back in 1992 on 25/26ft. lines. The property (back then) had a clearance for a 55 foot diameter circle. I used to mark center-circle with the cover from a plastic pail.. with a long gutter-spike (6" L. AL nail) to anchor it. A "foot-feel" reference for the pilot. to stay within the safe-zone.

The Rare Bear has yet to fly.. due to multiple launching faults/follies. It's nose-heavy.. and the gear-mains are set back under the wing's leading-edge. It's the ragged-edge of being able to R.O.G. launch.. There's only been two instances where I've tried to fly this airplane. 1st was for the CEF Speed contest that it was built for.. and 2nd was just last year. Nose-overs plagued any attempts at R.O.G./stooge-launches.

I wonder if a break-away launch-streamer clipped to the top of the fin might help to keep the tail "down" until the model gains enough speed to be responsive to elevator commands.

Just re-angle the gear and extend it about an inch. That is all that is keeping it from getting off the ground. Don’t worry about looks.

Marleysky wrote:Nice! I see what you pun there!! nice job!

How about Rear Bar.. where the drinks are made just a little stronger..

Just re-angle the gear and extend it about an inch. That is all that is keeping it from getting off the ground. Don’t worry about looks.

Hi Ron! Yea.. I'd need to remove the gear-blocks to REangle the struts forward. The struts are beefy 1/16" music-wire. The gear-blocks are made from 3/8" Cherry square-stock. 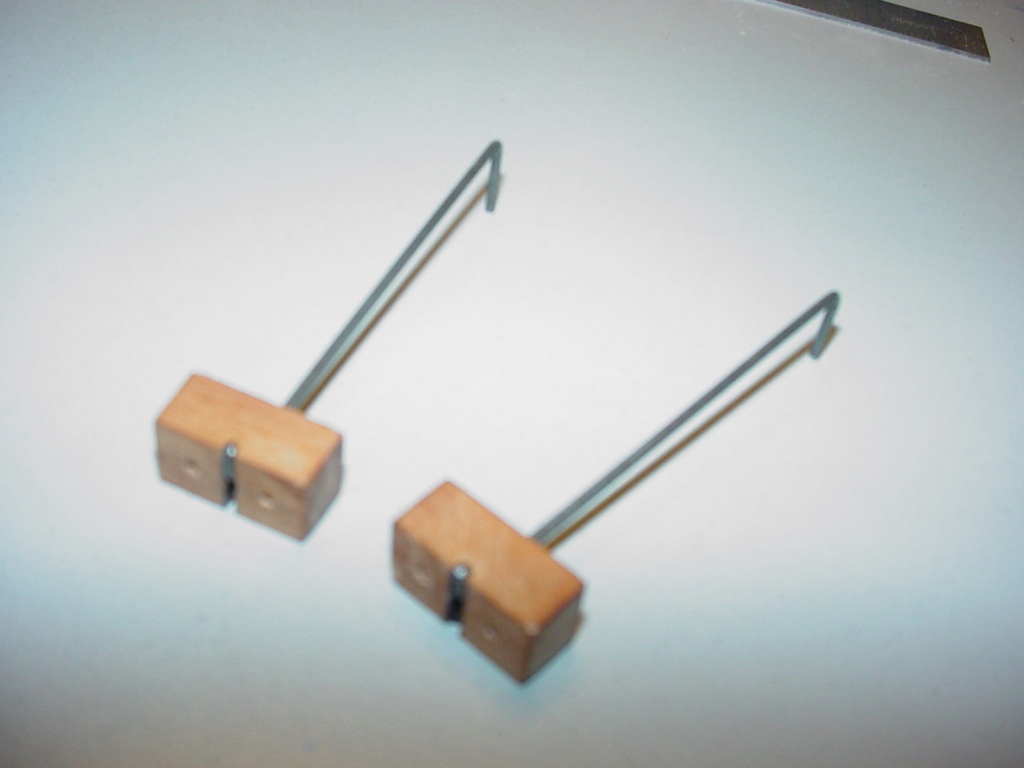 There's a walnut strip-spar built-into the L/E of the wing, which the gear-blocks mount to. It's very rigid when assembled. 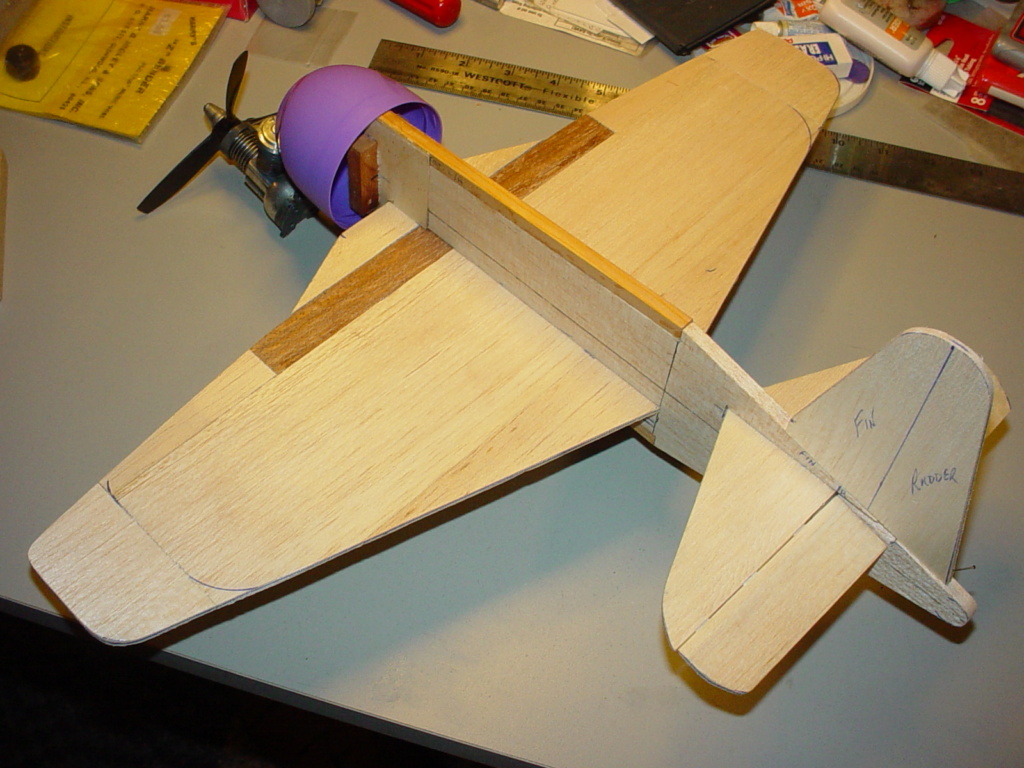 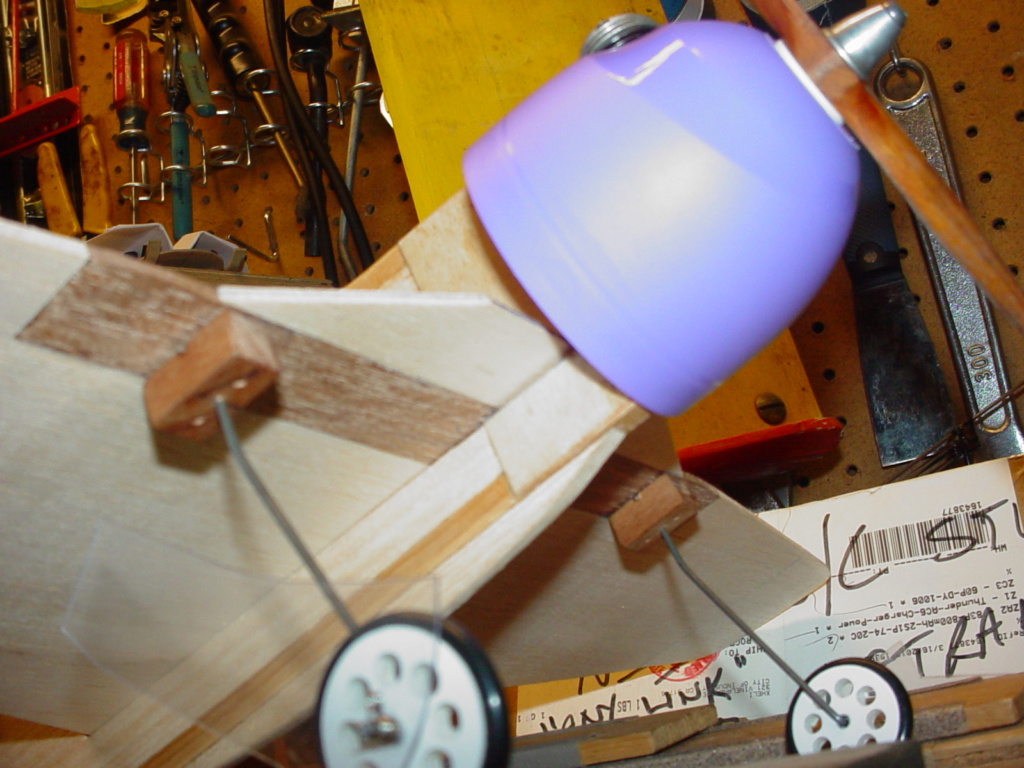 I tried to find the balance-point tonight using a fixture that I'd made.. but the model just pitches fore/aft no matter how I set it. Maybe it's a Grumman F8F-2 thing..

There isn't too much safe clearance for the propeller if I angle the existing gear forward. I could forego the cowling.. and swap-in an "inverted-V" gear for in-between the engine and firewall.. but I'd really hate to resort to that.. you know? 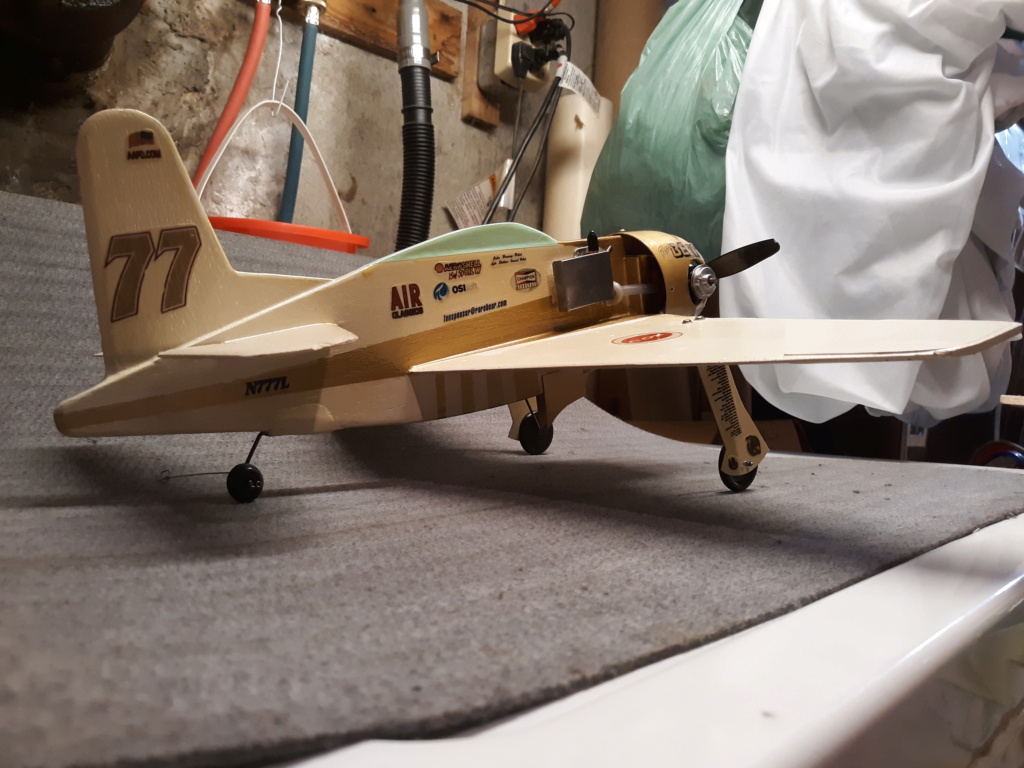 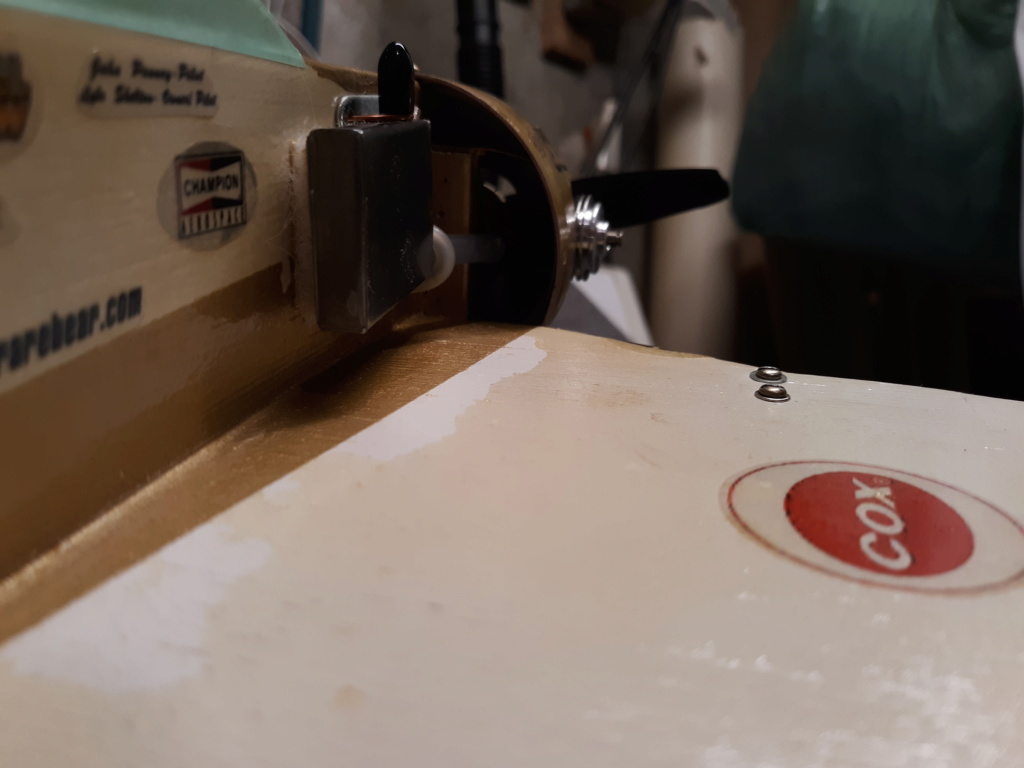