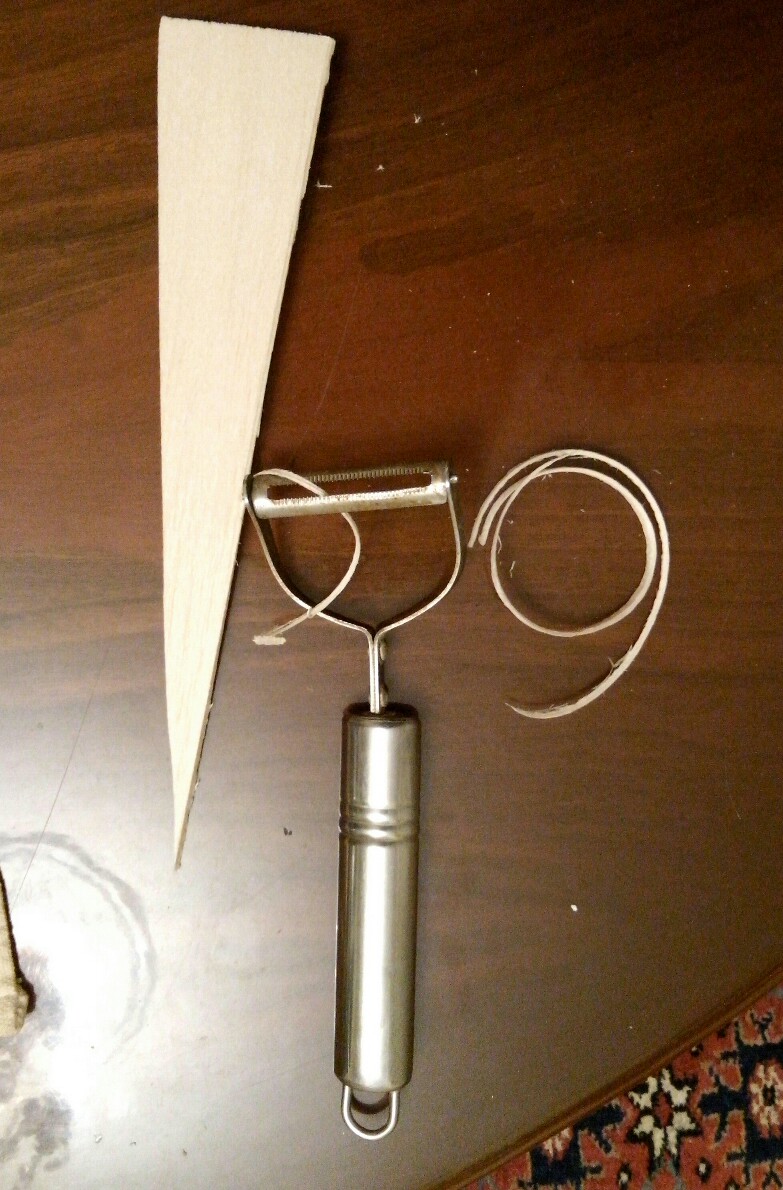 I inspired from Jim's message

Interesting. Who would have thought? .....have to be a VERY sharp potato peeler! And how do you sharpen one of those things?

Blades can be sharpened with sandpaper stick.

Greenie for Levent for showcasing a potato peeler. I need to steal the kitchen one and replace it now. I never thought to sharpen one, let alone use it as a balsa tool! Something else to keep in mind...if the cutting edge of the blade is at an angle to the travel of the blade, then it cuts easier. In other words, hold the tool at an angle to the stroke. Consider this is how the guillotine was improved...the chop became more of a slice.

If I have described it well enough, then consider that the un-even swing, or arc of travel of the control horn end can be manipulated to create an imbalance of travel such that the elevator can actually move more in one direction than the other. I have used that in the past to give more "up" than "down" such that pulling up creates an agressive up, and pulling down is less aggressive. This is good for getting away from  the dirt (or concrete), making tighter inside loops than outside loops, but then creating a softness when pulling out of the bottom of loops, or the apogee of a climb and dive. 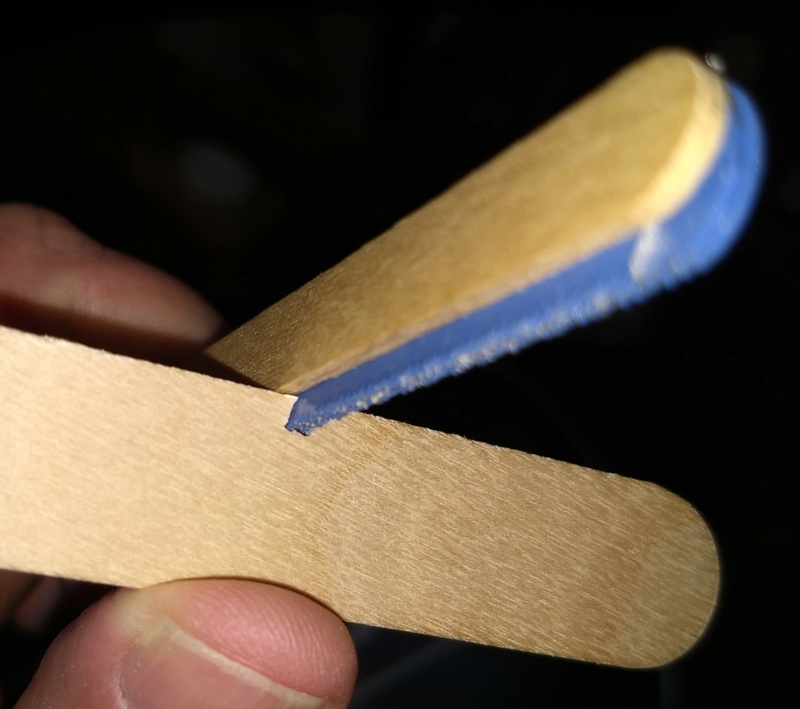 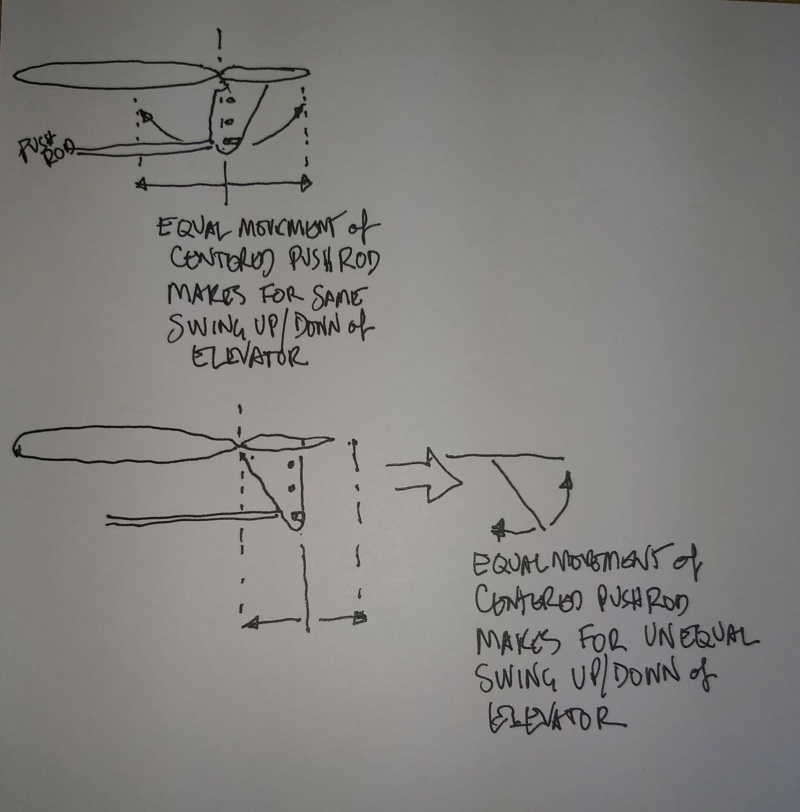 Alrighty then!....finally got this leading edge down to where now it just needs final fitting to slot in fuselage. Only managed to crack 2 ribs in the process. Their awfully flimsy! I won't be building another wing like this! After a solid week of all day at the bench,I'm becoming tired of the whole project!

I belive I pulled it off! 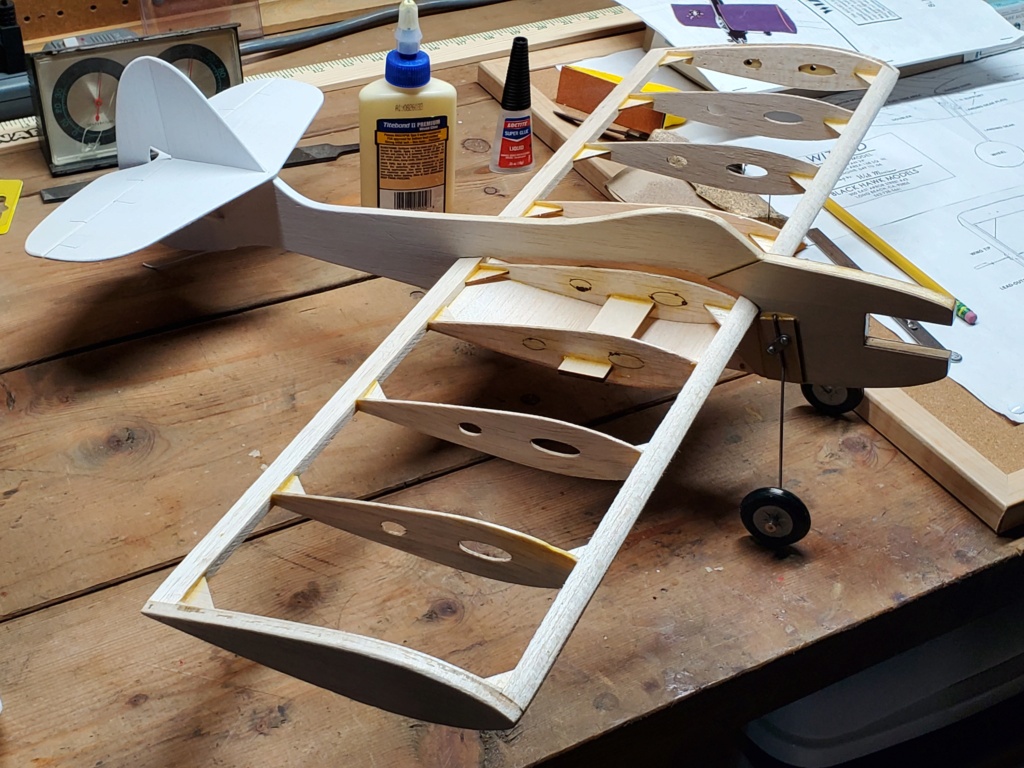 Great job, OhBee,
That sure is cute looking. Any chance you traced parts so it can be replicated? I look forward to seeing the completed model.

Traced parts?...ha! ...got the plans,and the sheets the ribs were popped out of. Not much to it really!  It's been a bit taxing though for some one who built thier last plane in 1967!  I don't know whos gonna cover the wings though.....way above my pay grade! Was thinking about just sheeting them...but I went ahead and  already sheeted the center bottom....so that's out now.