» Half A Scorpion More than a Trainer
by rsv1cox Today at 6:34 pm

» Got the modeling bug this past weekend
by roddie Today at 5:57 pm

» My Mazda RX-7GSL-SE build log with the occasional balsa inclusion
by rsv1cox Today at 5:20 pm

» How's the weather?
by GallopingGhostler Today at 4:38 pm

Don’t get stuck in a loop!  Time to celebrate Gr-eight music! 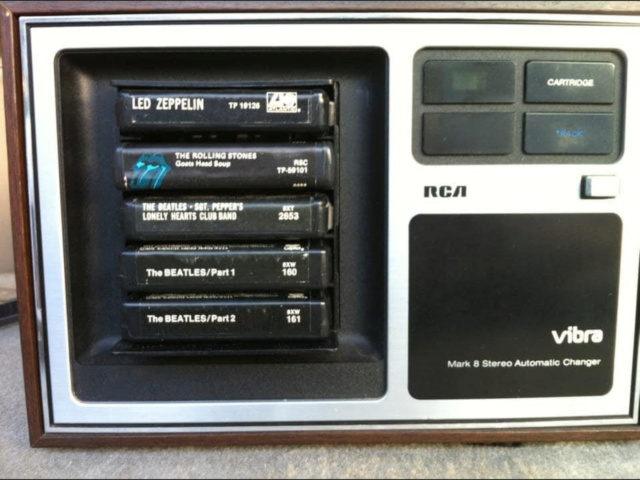 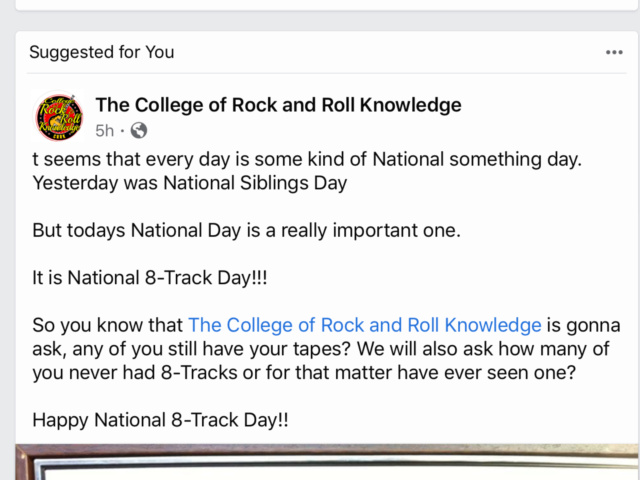 I had the top three, about 69 had the player in my car. Many time’s you would remove the cassette and tape would stay in the player. Sometimes you could roll it back up sometimes it was toast. It was a huge step up from AM most cars in that era had.

I loved the 8-tracks that was up to the point the player ate it. I remember the stereo we had, Lear jet Stereo 8. I remember seeing another a few years ago and was amazed by the quality that went into the old stereos. Aluminum trims, walnut veneers, all different types of knurling on the knobs. 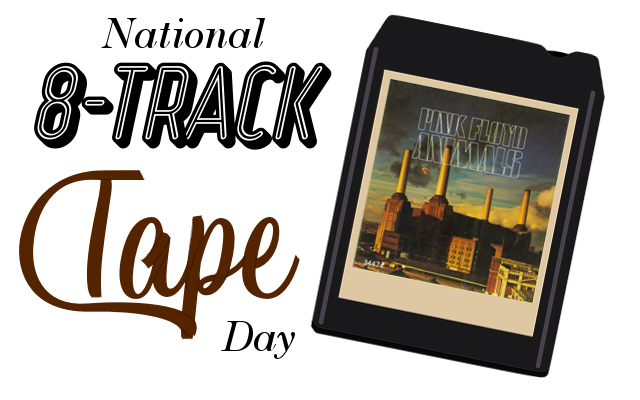 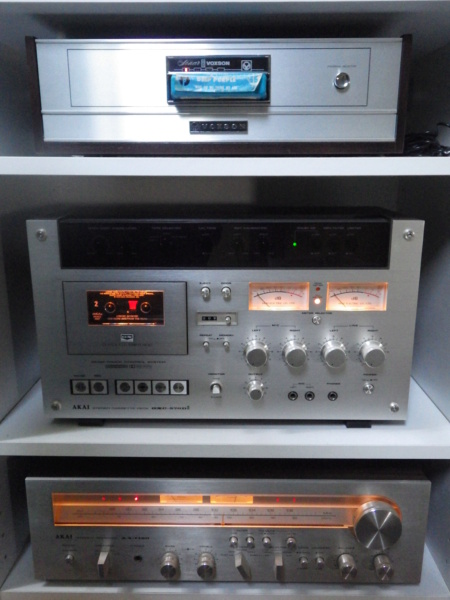 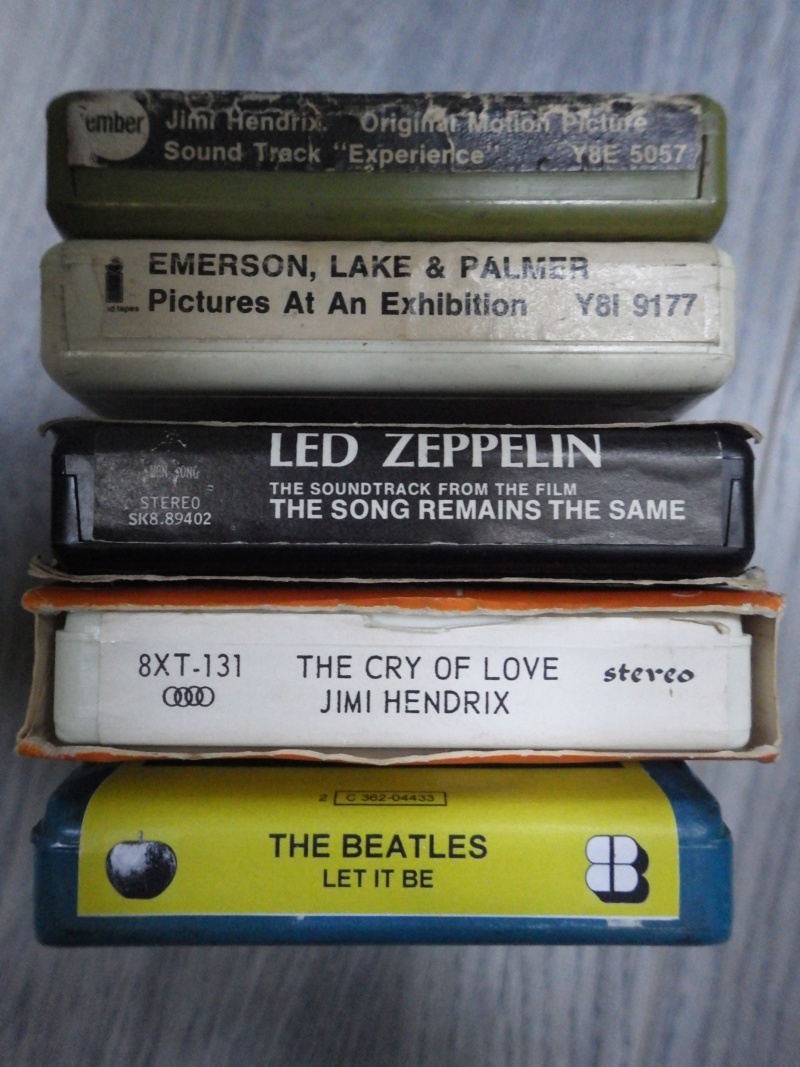 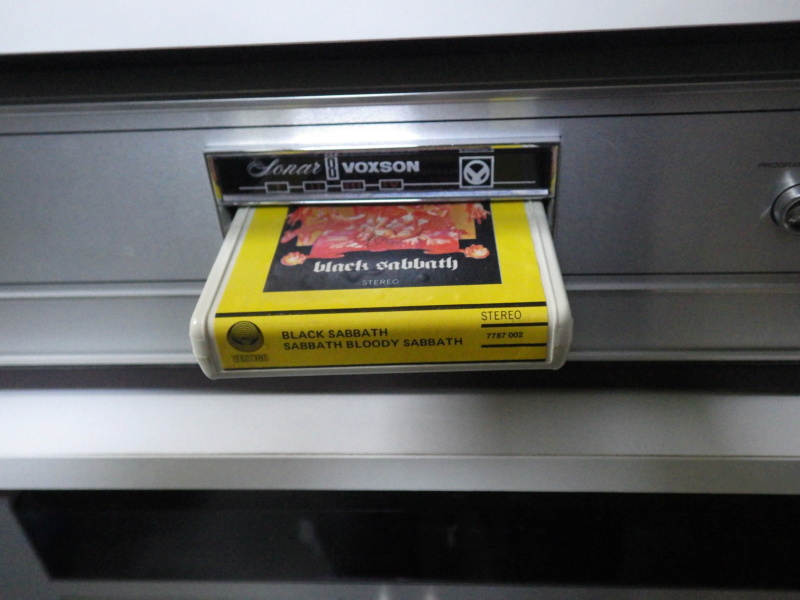 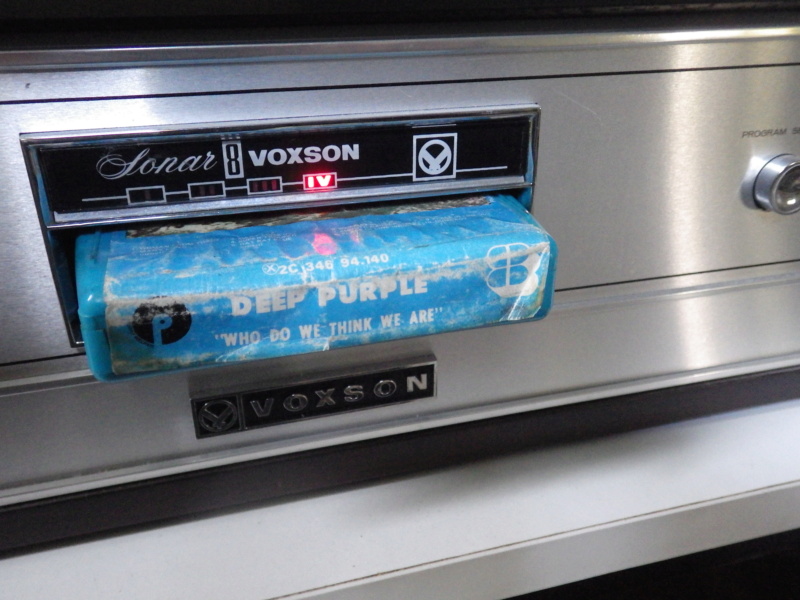 Hey, Jacob, remember this one? 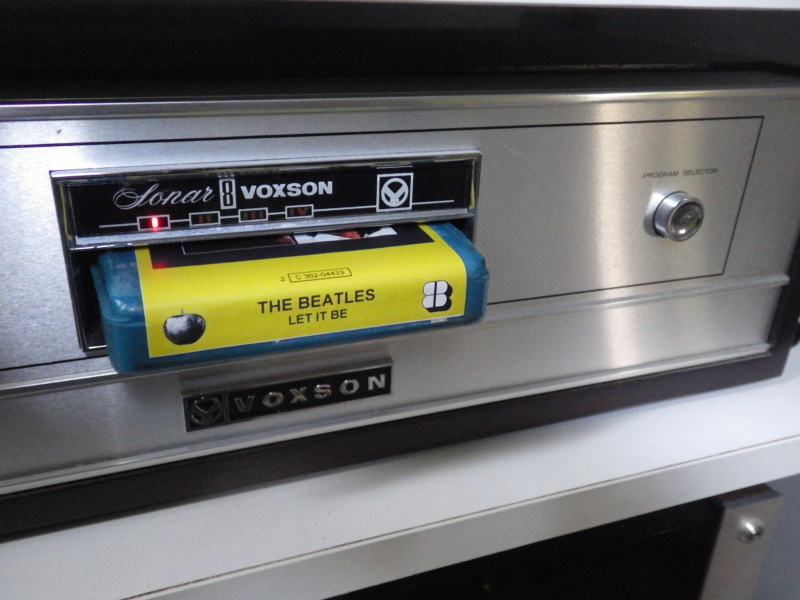 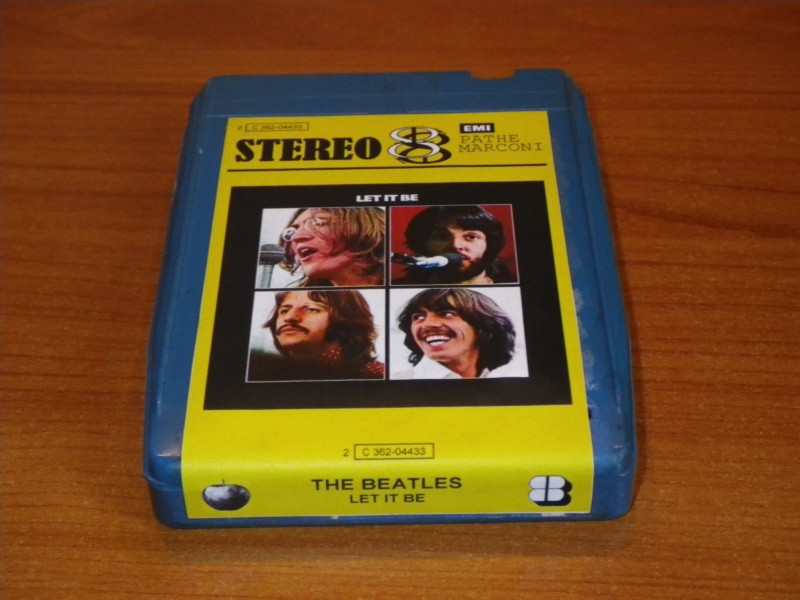 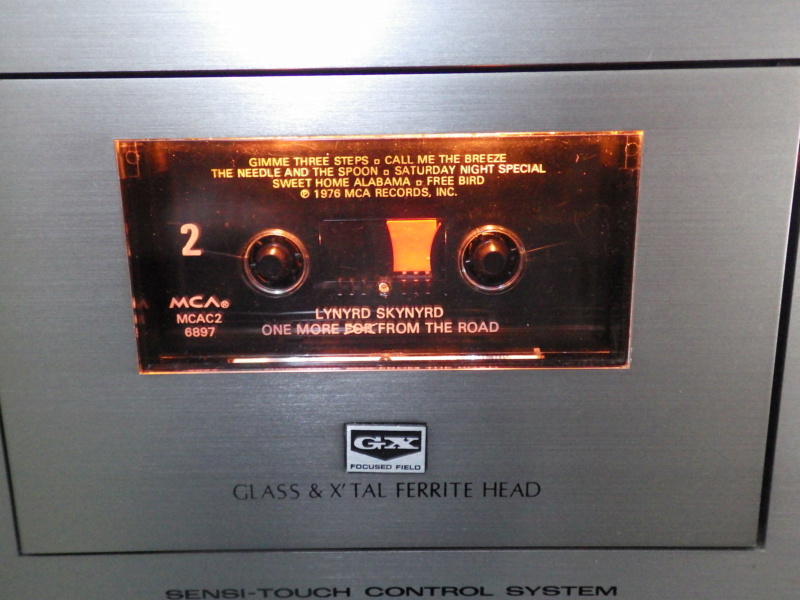 Yep! I remember the old 8-track tapes. Have many around the house here (somewhere along with the tape deck?)
Installed in my car (1965 Chevy Super Sport with auto on the floor and a 327 engine and tach in the center of the dash between the driver and passenger -- don't know why they put it there?)

I installed under the dash a Kraco 8-track player I purchased from Kmart and hooked the speaker wires to the speakers that were in the car (the front one in the dash board and the read one on the rear deck behind the passenger seats.)
Spliced the wires from the AM radio so I could use both the radio and 8-track with the same speakers.
Just remember to turn the radio off or you'll hear the 8-track music and the AM radio music at the same time.

I still have that Kraco 8-track player in the bottom of my closet (back in the original box) I took it out when I sold the car.
One thing I remember is when you would be jamming with the music (if you made your own tape) the 8-track would jump to the next track (C-C-CLICK) and continue the song.
If you purchased the tape, just before the track would change, the song was dialed down then the CLICK of the track changing then the song would come back up. In that time you would have missed a sentence of the song.

The other thing missing from those times is seeing the 8-track tapes on the side of the roads with most of the tap outside of the cassette, where the owner got mad about the player eating the tape.
Ripping it out of the player and throwing it out the window!

This is a mid 1960s Panasonic pull out 8 track player. My dad had this same model when I was growing up. The unique thing about this one is that it has a housing for home, in this case the garage and another housing for your car which is in the '63. Plays 8 tracks, cassettes and ipod. Seems funny today but back then 8 tracks were very desirable and lots of car break-ins to get them. 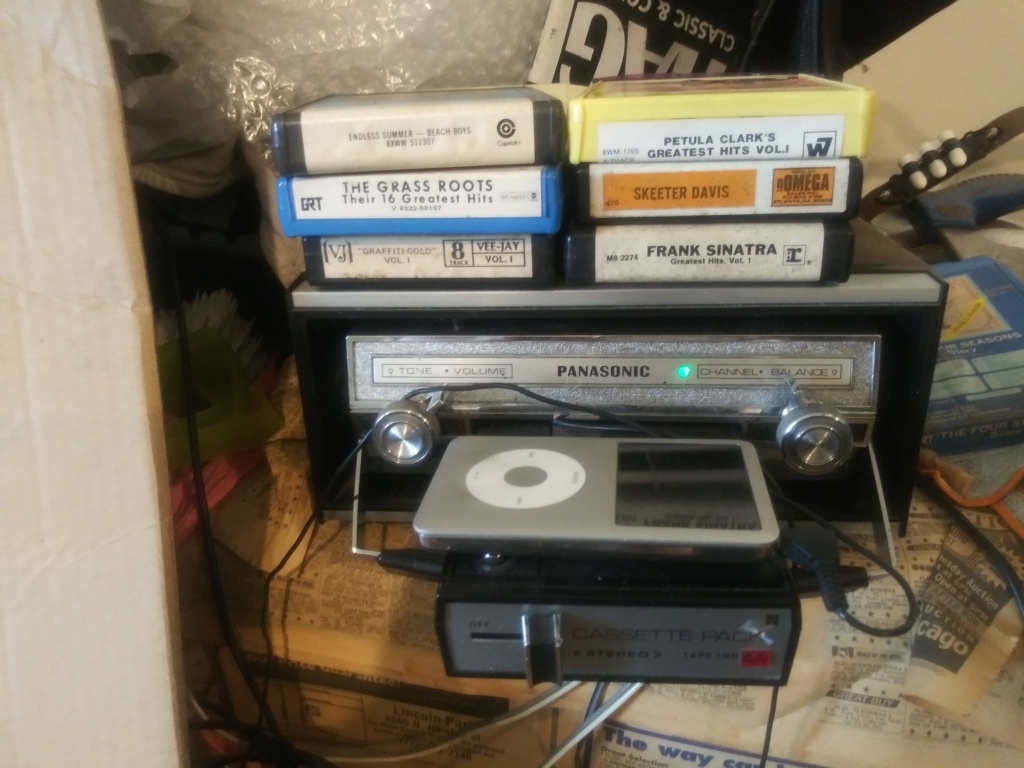 I finally pitched all my 8 tracks during a move in 2014. The Craig Pioneer tape player was destroyed previously by mice when stored in a bad place! It had been in at least a dozen different hot rods and pickup trucks! I miss that stuff...but you can't keep everything forever I guess!

Back in the 70's, I had a Muntz 4/8 track deck.
4 track being the earlier mono version of the
8 track. The 4 track tape had no pinch roller
in it. instead, the roller hinged up out of the deck
into a cavity in the tape cartridge. It was made for
an under dash install, but I set it up for a tunnel
mount so I could remove it and thwart the overnight
tape deck bandits. I remember it weighing a ton.
I couldn't find a picture, but it was a little chrome
plated monster.
When's 4 Track Day?
Bob

You could get an adapter called a "gidget" that would let you play a Muntz 4-track in an 8-track player. The tracks don't line up perfectly, so depending on what "program" you put your 8-track player on, one channel will usually sound muddier or weaker than the other. 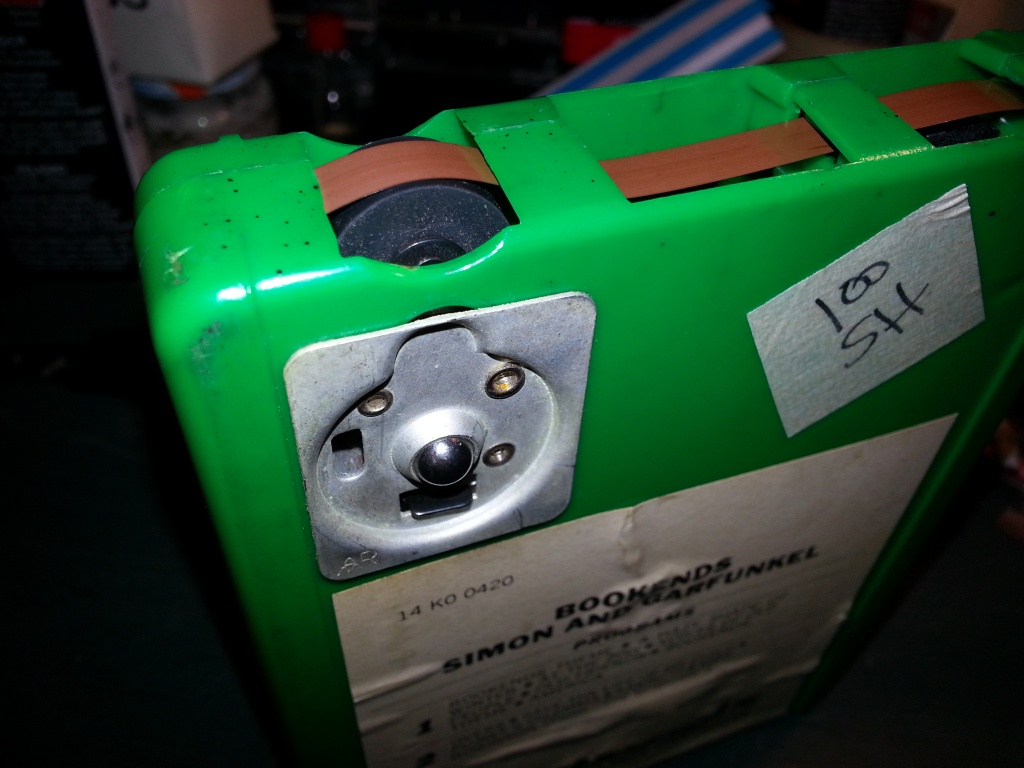 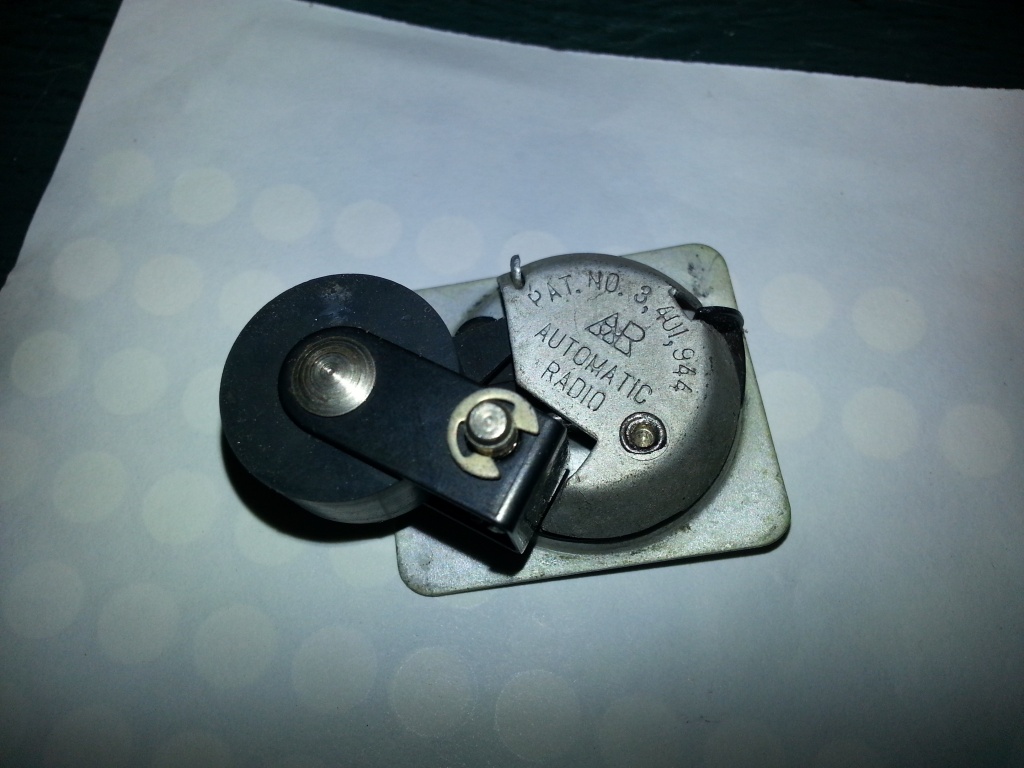 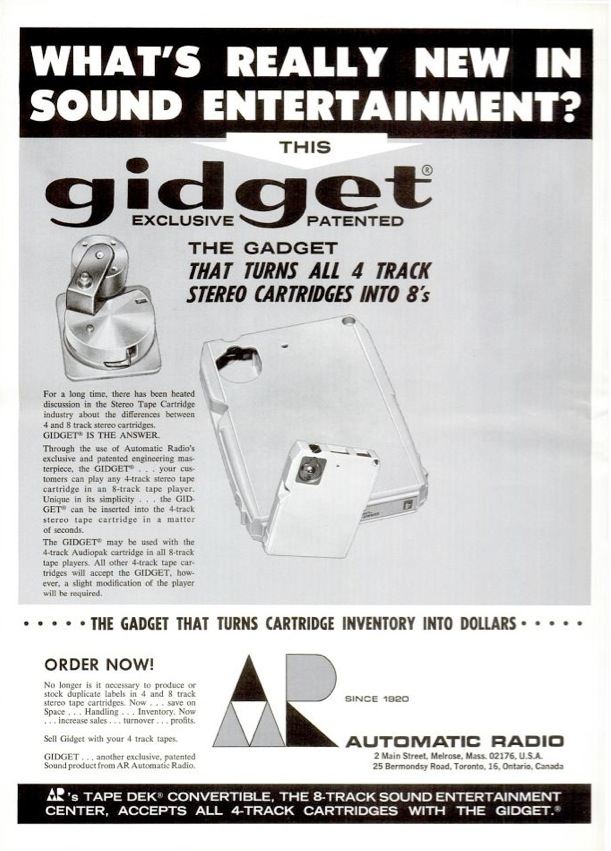 Then there were these 4/8 convertible cartridges: 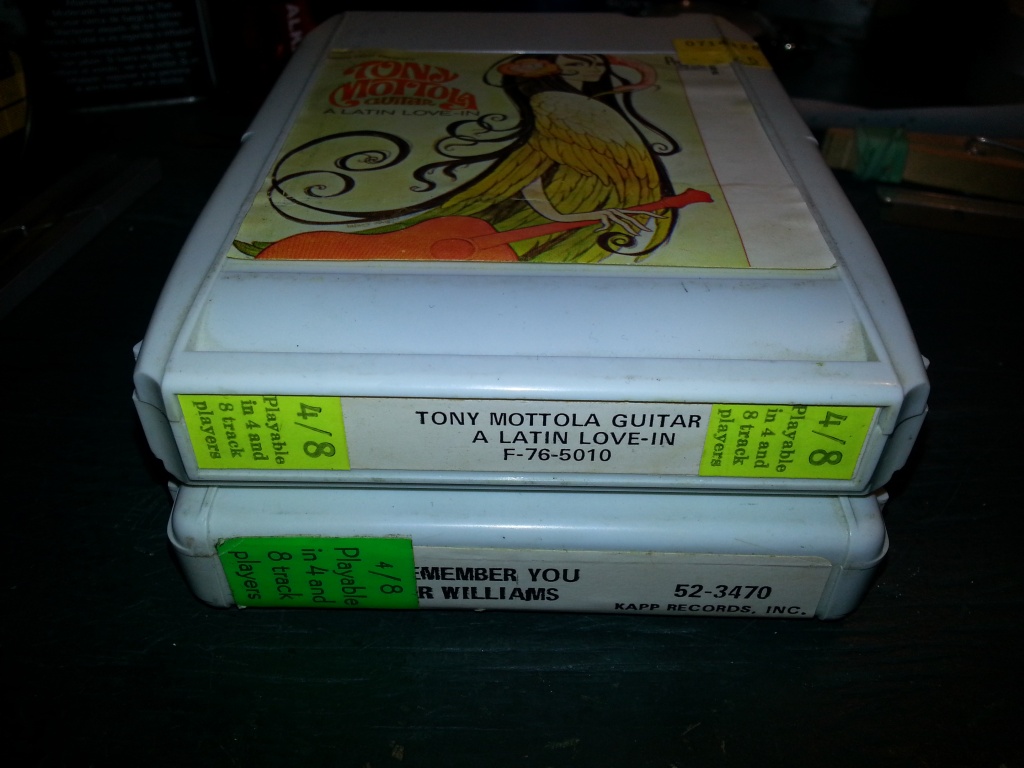 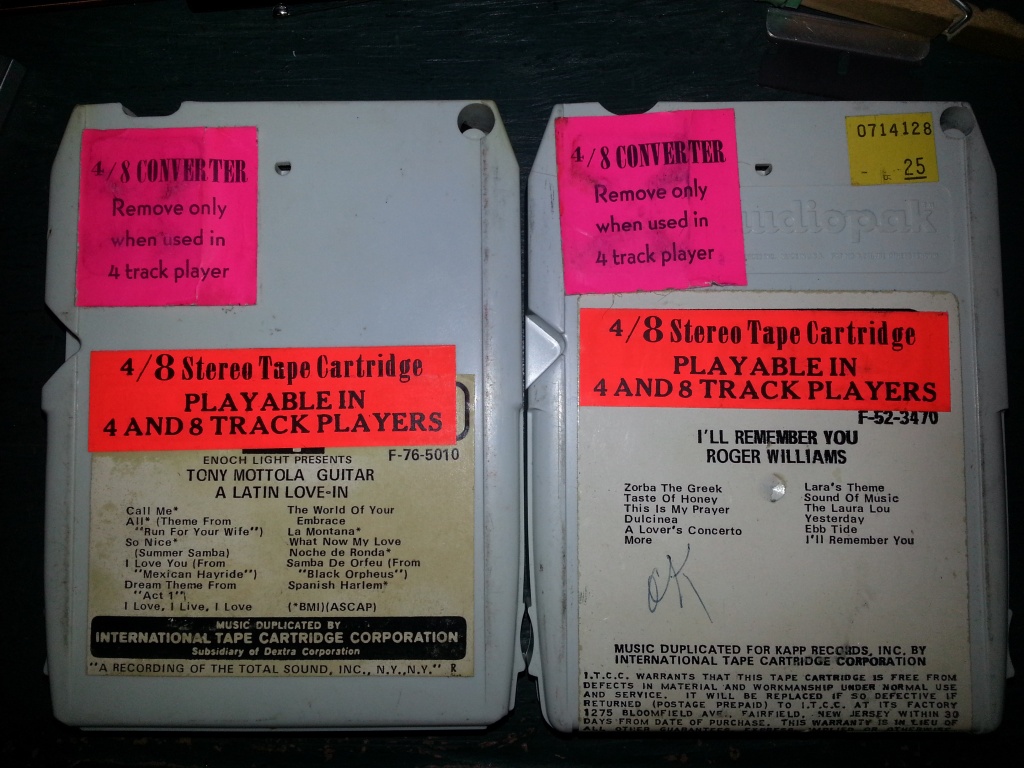 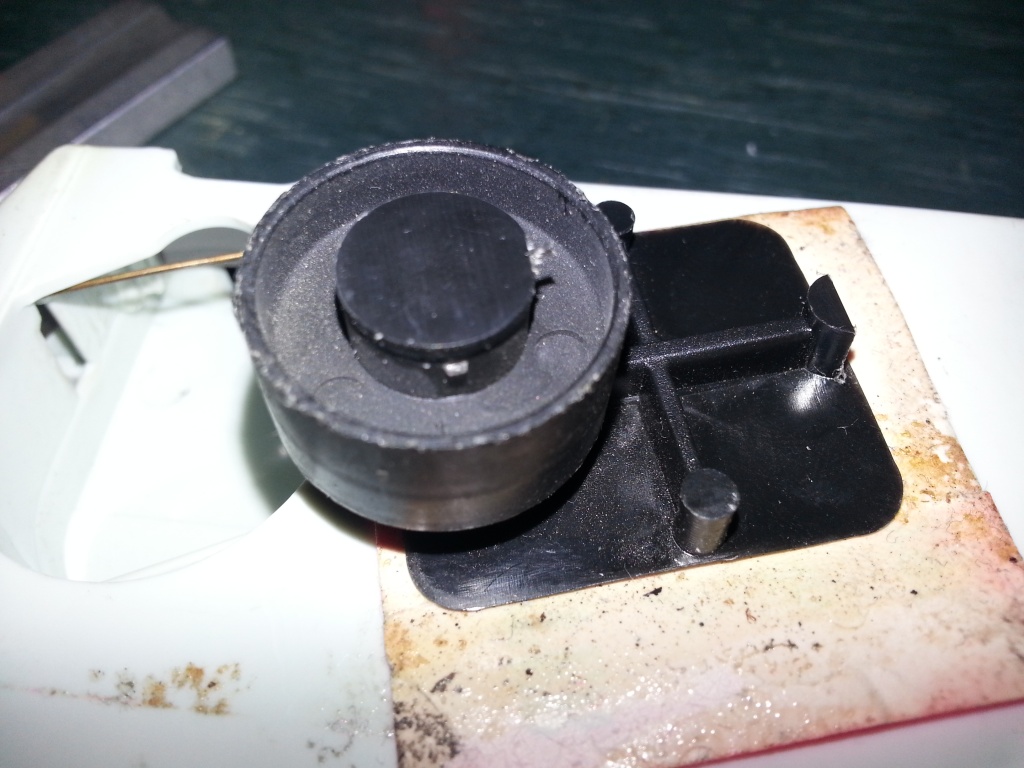 Thanks for that, Jacob. In the early 70's I was on
college radio(WVVS), and all of our PSA's, spots and promos
were on 4 track mono carts. Yikes, that was 50 years
ago!

That college has since become a university.
Bob