Log in
Search
Latest topics
» Is this ae Bad idea?
by Marleysky Today at 11:00 am

Copied and reprinted here from my thread on the Model Train Forums "Union Station" our "Off-topic".


So, it's 6:30 am and I'm eating breakfast and looking out the window when this Pit Bull comes loping along the walkway and stops and looks at me, then continues on. A minute later it reappears repeating the process, then again and again circling the house each time. Four revolutions.

After a trip out shopping I'm eating lunch when it appears at the french doors. This time I go to the door but did not open it. Powerfully built female dog with great confirmation. Clipped ears in the fashion, tan with a white breast. Not shy or aggressive. Just looked at me. Sauntered off. Much later I went out to water the lawn and she was laying on the deck next to the breezeway door. Forgot about watering the lawn and just sat on the steps. She took notice and went back to sleep.

Hot humid day so I got a bowl of water and approached her. She got up walked down the steps circled and looked at me and walked off. Hmmm.

Later I went out to close the garage door when I noticed her laying inside the garage next to the interior door. Now I have a problem. I lost "Spike" last year and do not want to go through that again. I'm a pansy when it comes to stray animals.

Went out and got the bowl of water and set it where she could get it. Left the garage door open. Later that night I checked on her. Held out my hand thinking if I'm going to lose it, lose it now. Still neither shy or aggressive she came up a step, looked at me and turned away.

I left the door open all night and the next morning she was gone. Only to reappear a couple of hours later. Never saw her before and haven't seen her for the last few hours. Hope she found her way home, or maybe not.

Internet picture of her likeness minus the collar. 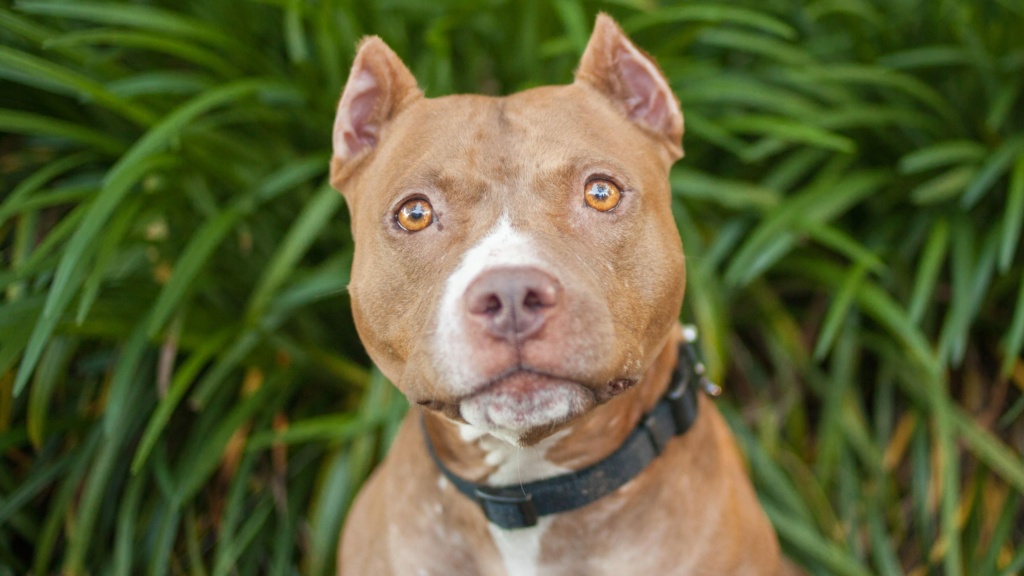 I would not turn my back on that dog. What round for Pit Bull?

@crankbndr wrote:I would not turn my back on that dog. What round for Pit Bull?

Anything greater than a .32 would do the job.

But I did intentionally turn my back on her when I sat on the step because she did not appear to be aggressive. Proved to be so.

Man, just please be careful. I absolutely love dogs, but strays and rescues can have "triggers" from past abuse.

My big brother adopted a terrier-type that was friendly as could be unless someone leaned too close toward him. AJ knew this, but took the dog to an airshow anyway, where an older gentleman leaned over to pet him, when the dog attacked, tearing into the man's cheek and lips.

It was a long recovery for the man, and my brother's homeowners insurance demanded the dog be put down, which he was.

And now, I feel he's courting disaster again, with yet another adopted stray with an attitude. All I can do is cringe and look away, though nothing bad has happened yet.

Don't want to take away your pleasure with your new friend, but a pit bull is a powerful animal, and may not allow time for any self-defense if something ticks him off.

Bob, how long have you lived at your current address? Long enough for that dog to have been born or raised there? From the picture she’s a very stylish “Red Nose” American Stafford terrier.
Hey Crank; remember when we kicked some twit out of forum for talking ‘bout killin cats??  They are people’s pets dogs or cats. And if you research German Shepards and Chihuahuas  you’ll find they cause more dog to human damage than pit bulls.

The reason I asked about how long you been there is a long story but Ill shorten it to two dogs (Am Staff terriers AKA: pit bulls)  my son owned while still living at home (here). He moved out, dogs went with him. One year here, a couple of years at his apartment and about 3 years with a new owner. So approximately 5-6 years after having moved out of our house, the new owner ( a friend of the family) brings the two dogs with him to our house and backyard. Dogs names were Sky and Lil (short for little) They both jumped out of the car and ran circles around the house, like they did when they were pups. Lil made a dash for the yews in the side yard garden and comes prancing out the the “toy” she hid there many years ago. And just like it was yesterday starts playing “keep away” with Sky, like they had never left!! So, your girl could have just been checking out her old house!?

I have been in this house now for eleven years Rene and have never seen this dog before. Would be hard to miss anywhere.

Previous owners had two lap dogs. I/we have owned many dogs from Chihuahua's to German Shepard's all were well-adjusted and good natured. I have always been able to "sweet talk" animals but nothing really broke the ice with this dog, and I certainly don't present as an imposing person.

The lack of a collar signaled "drop-off" but the dogs good health, clipped ears, and general over-all condition didn't support that. Had she hung around, I would have gone to the local Dollar General bought cans of dog food and taken her in while advertising for owners to claim her.

Well I guess we found the Pit lover, and your claims are BS.

@crankbndr wrote:Well I guess we found the Pit lover, and your claims are BS.

@crankbndr wrote:Well I guess we found the Pit lover, and your claims are BS.

Love you guys, and I know where you're both coming from.
I love animals, and in a perfect world, this dog would assimilate
and would become Bob's best friend. On the other hand, Fido
could wreak misery. The dangerous unknown.
I feel as strongly as Doug when it comes to dangerous animals.
I had a friend mauled by a friend's Doberman pet.
I also had a dear friend at work who befriended a feral cat while working the late night security
shift. 3days into the relationship, the cat scratched him. He passed 3 days later from sepsis.
Like I said, I love animals, but I don't want to...............
Bob

I'm reminded of the old saying - "There are no bad dogs, only bad dog owners."

@rsv1cox wrote:I'm reminded of the old saying - "There are no bad dogs, only bad dog owners."

True dat, Bob, I wonder if she sports a chip? Problem is, you'd probably have to capture her, and get her to
a Vet to find out. Not a job for the untrained though.
Bob

Funny, A guy I work with breeds and sells high end XL pit bulls. XL is an understatement. Biggest Pit bulls I have ever seen. I was hesitant when I was at his ranch a couple weeks ago. but all his dogs are friendly and are bred as family dogs and I can believe it. They look like a Mack truck with the manners of a Pinto. Super friendly, personally I am more wary of German Shepherds. I would never go out and buy a pit bull, but I would take one in like Bob is alluding to.

My Co-workers dogs start at 8K and go up from there. Definitely not raised to fight. 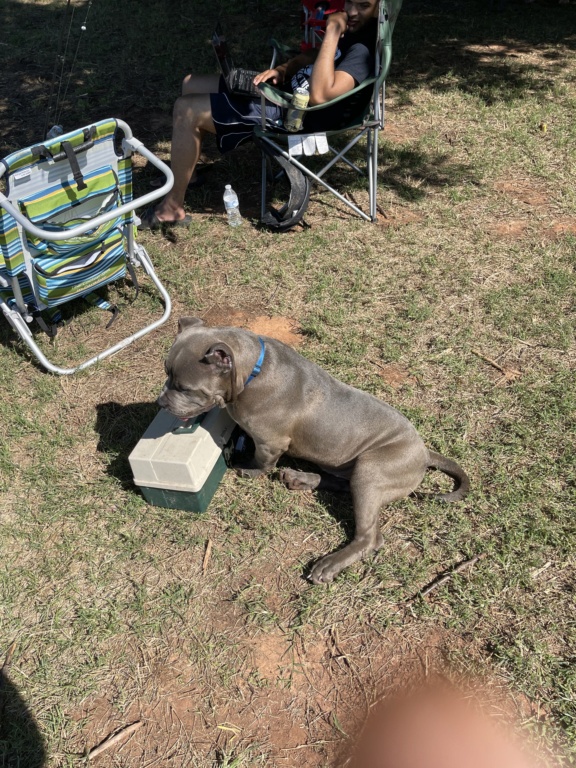 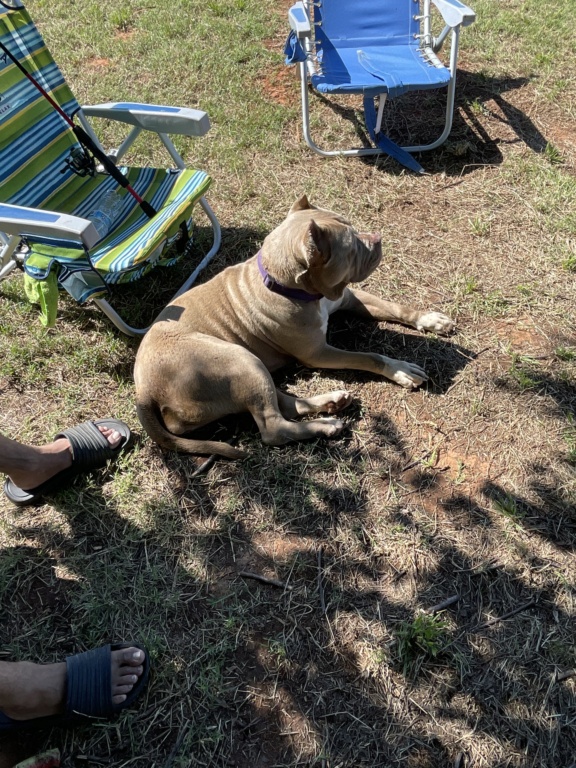 The smaller one protecting my tackle box is 3 months old, he mistook my fishing rod for a stick and bit it in 2. Little bugger! However I was given a new nicer rod so all is forgiven. 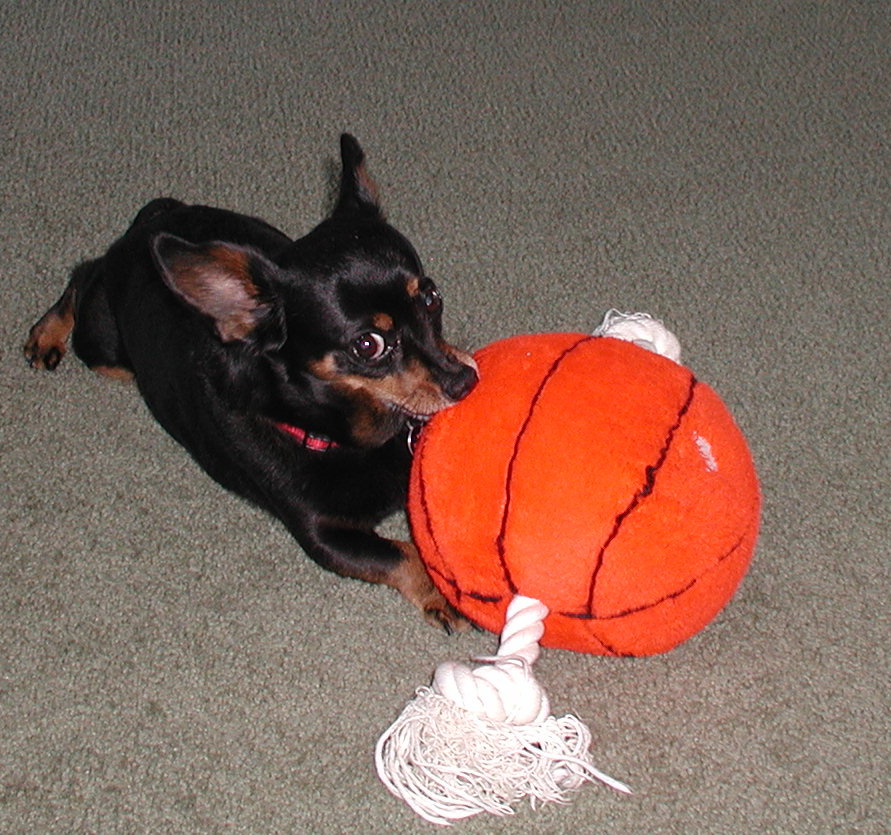 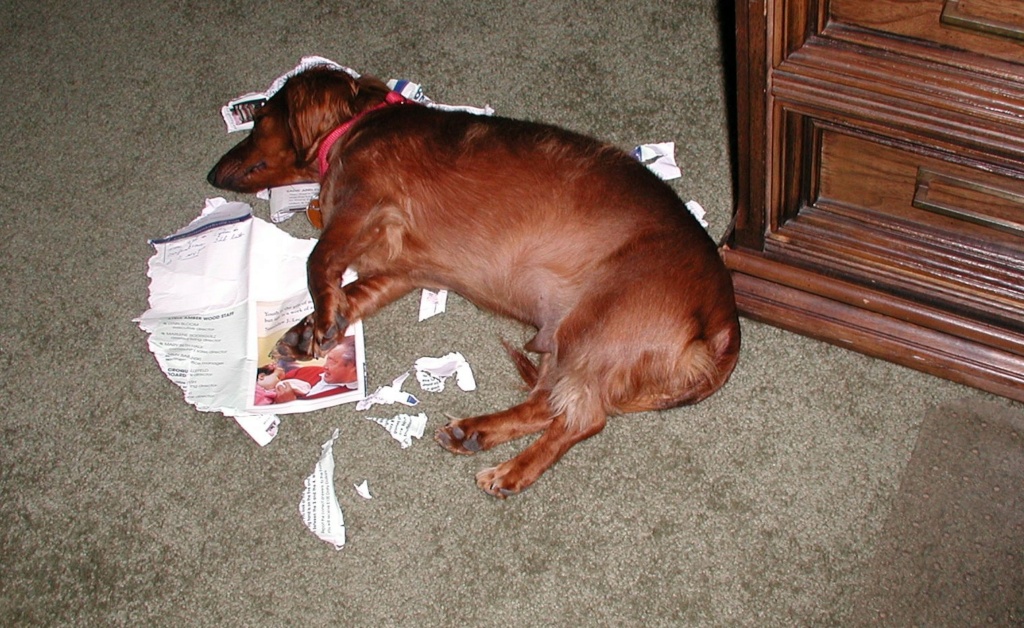 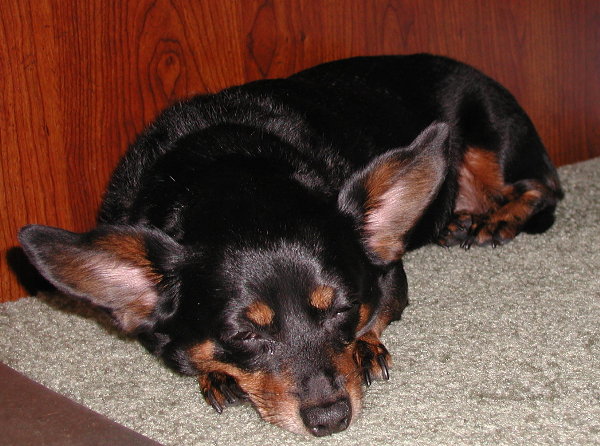 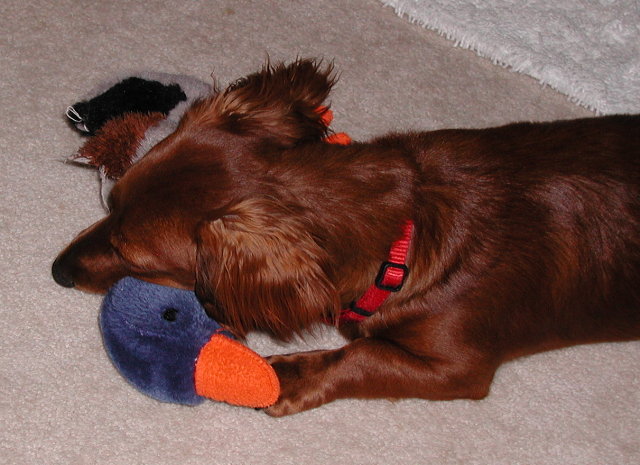 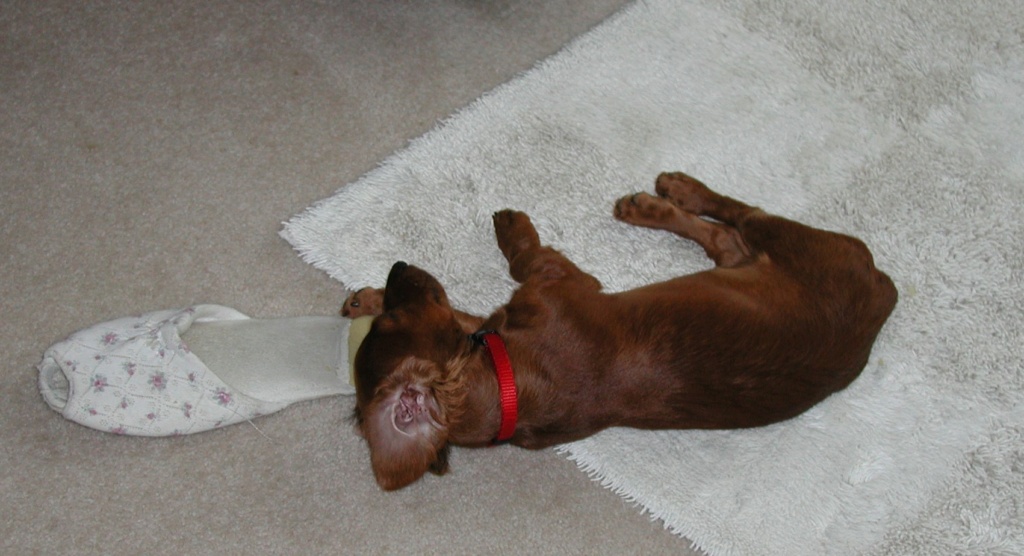 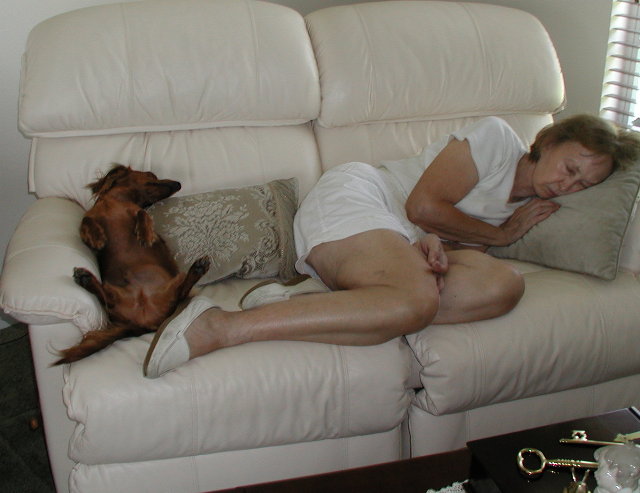 Now that last pic is Kicked Back !!