Many years ago I gave a R/C airplane to a friend of mine who then gave it to his Dad. Sadly his father passed away a few weeks ago and Mike called asking me if i wanted it back. I had been wondering what happened to my old Blue Max and Kraft radios so hoping one of those would be in the airplane I said sure.

Mark went over to pick it up yesterday, and Mike told him to take what ever he wanted as what was left was going in the dumpster.

Evidentily Mike's Dad never flew the airplane or even started it. But it had my old Futaba radio not the Kraft or Blue Max I was hoping for.

It will be interesting to see if the old batteries are still good and putting it back together. 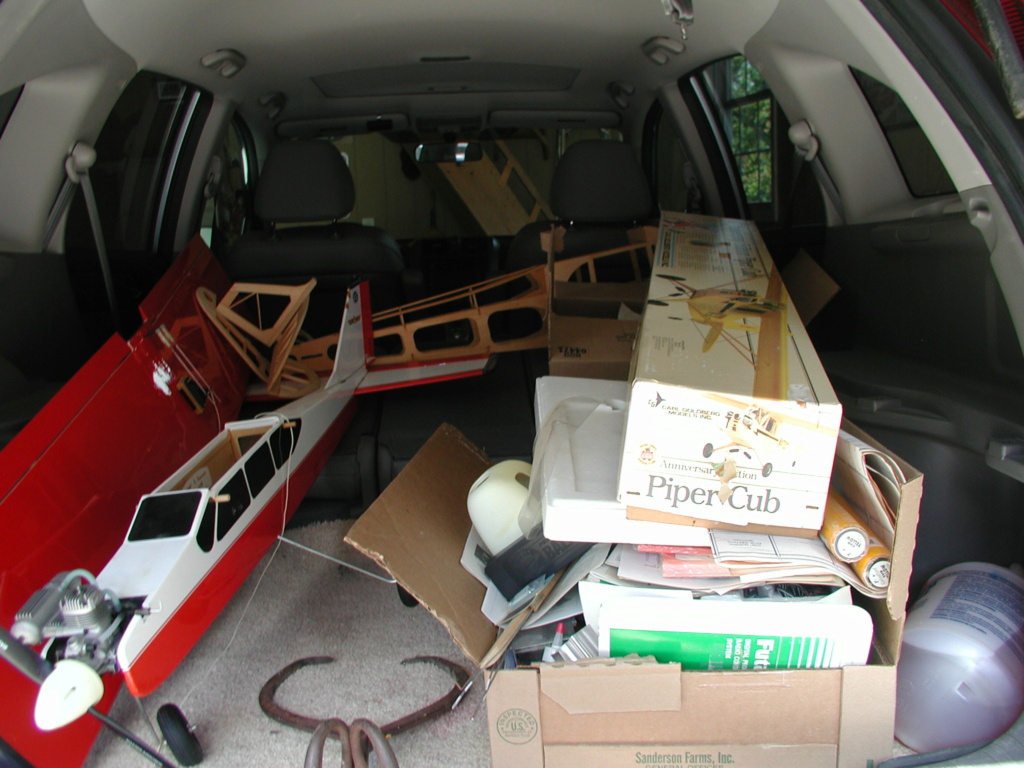 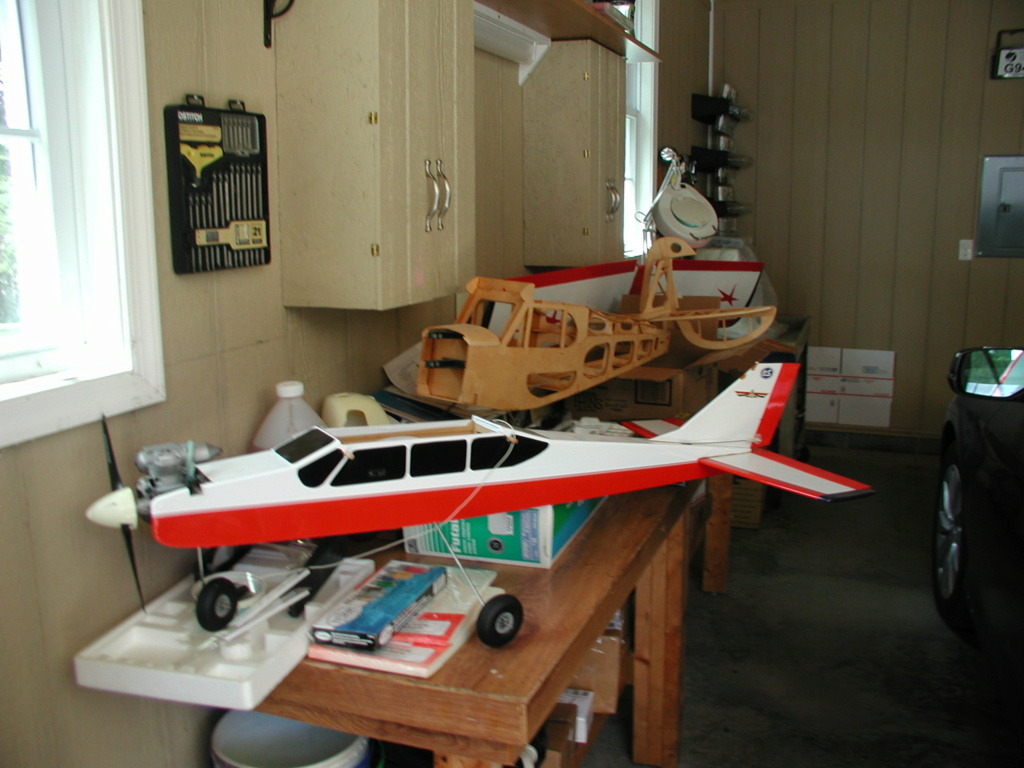 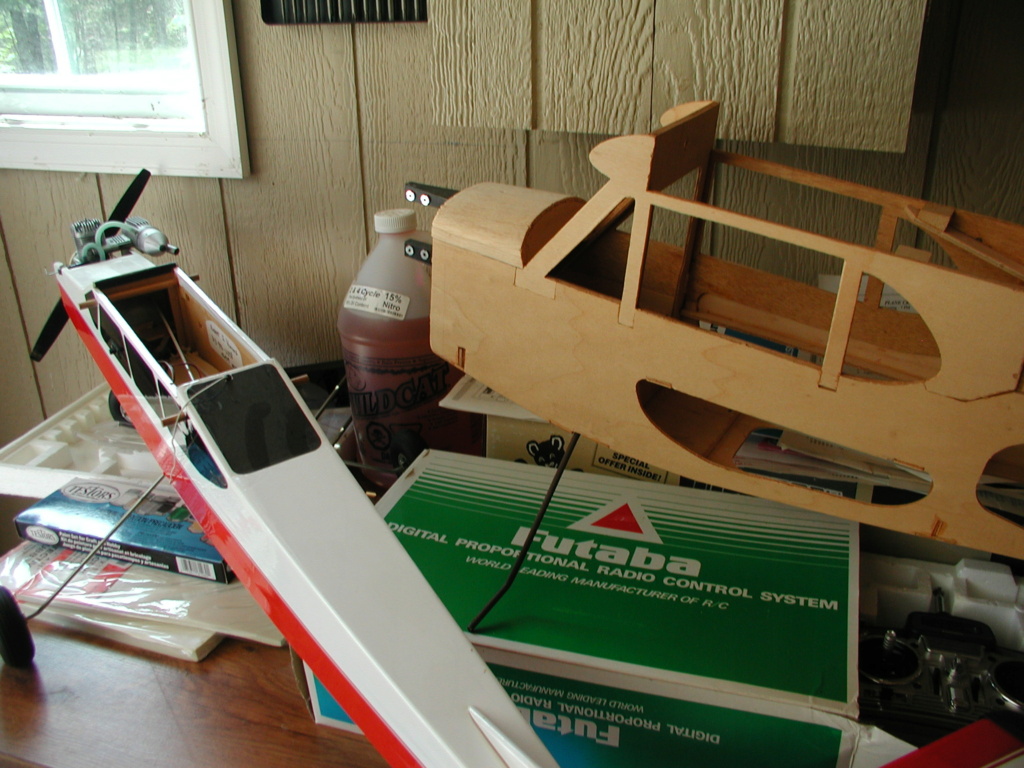 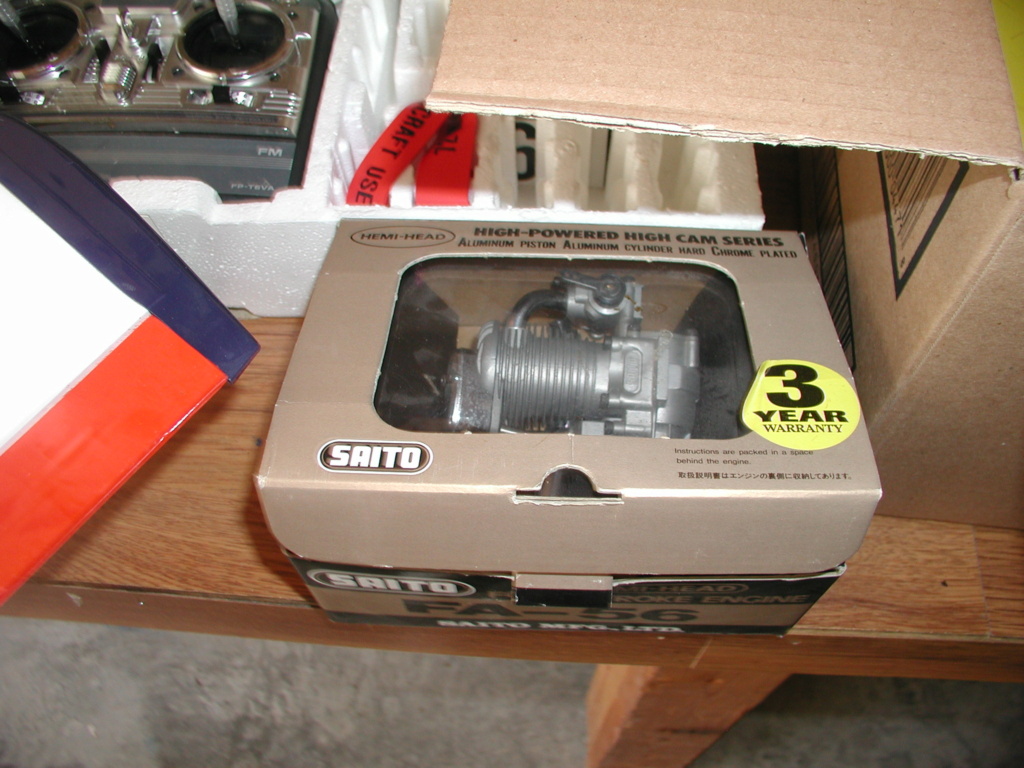 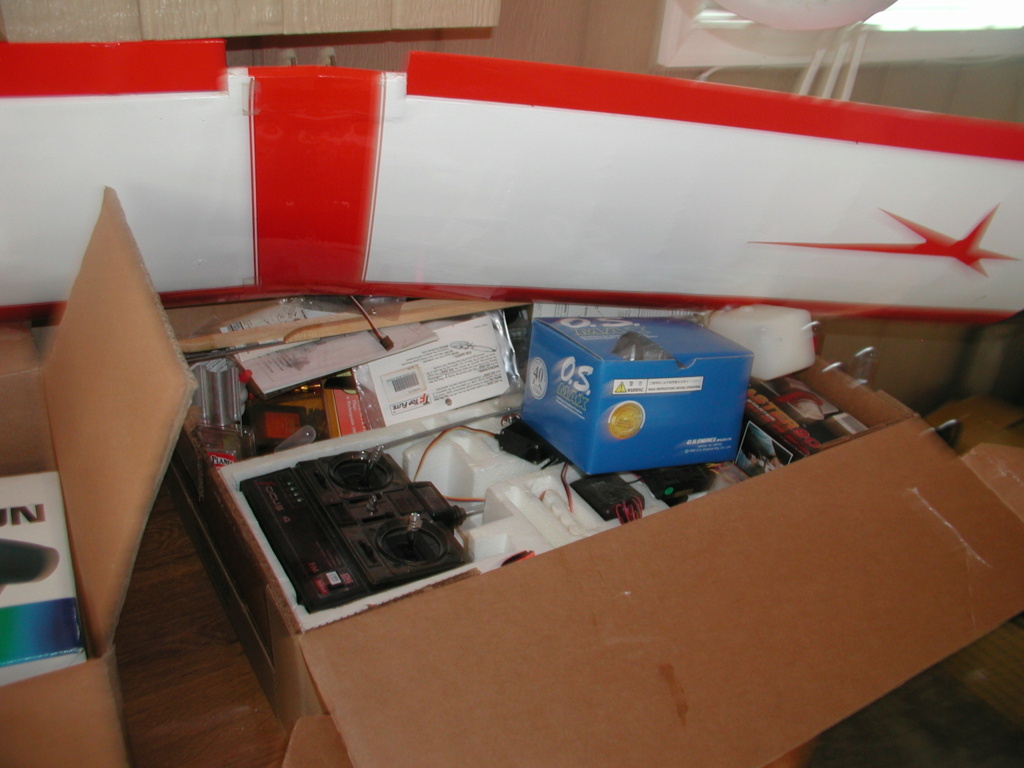 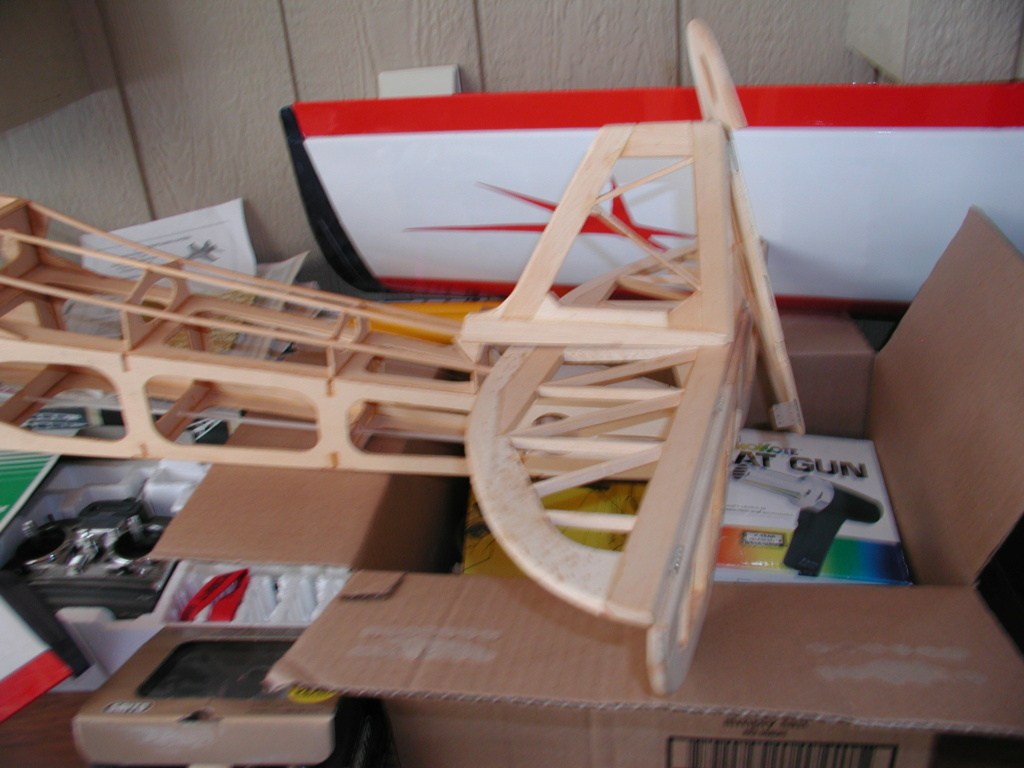 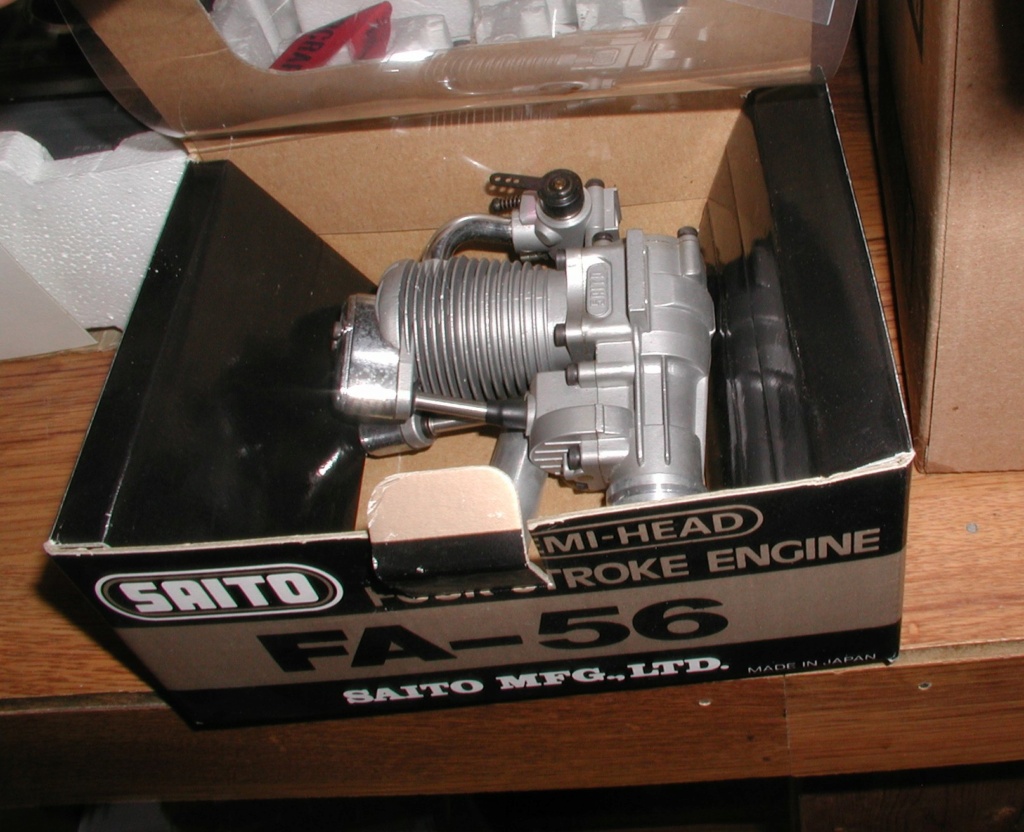 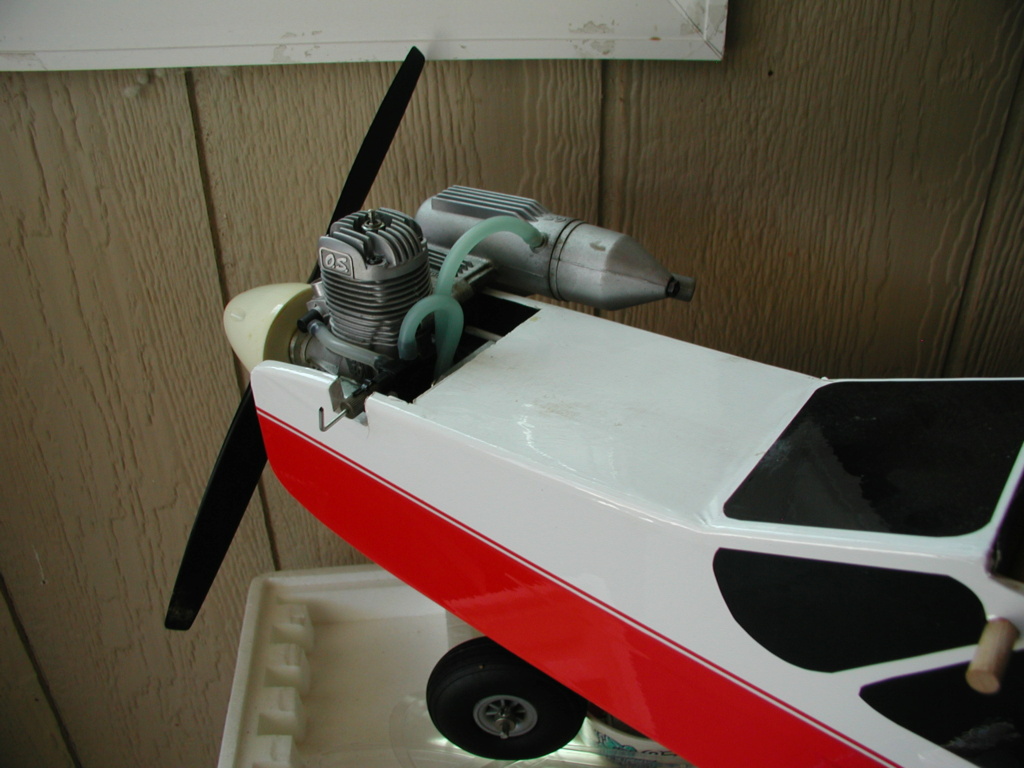 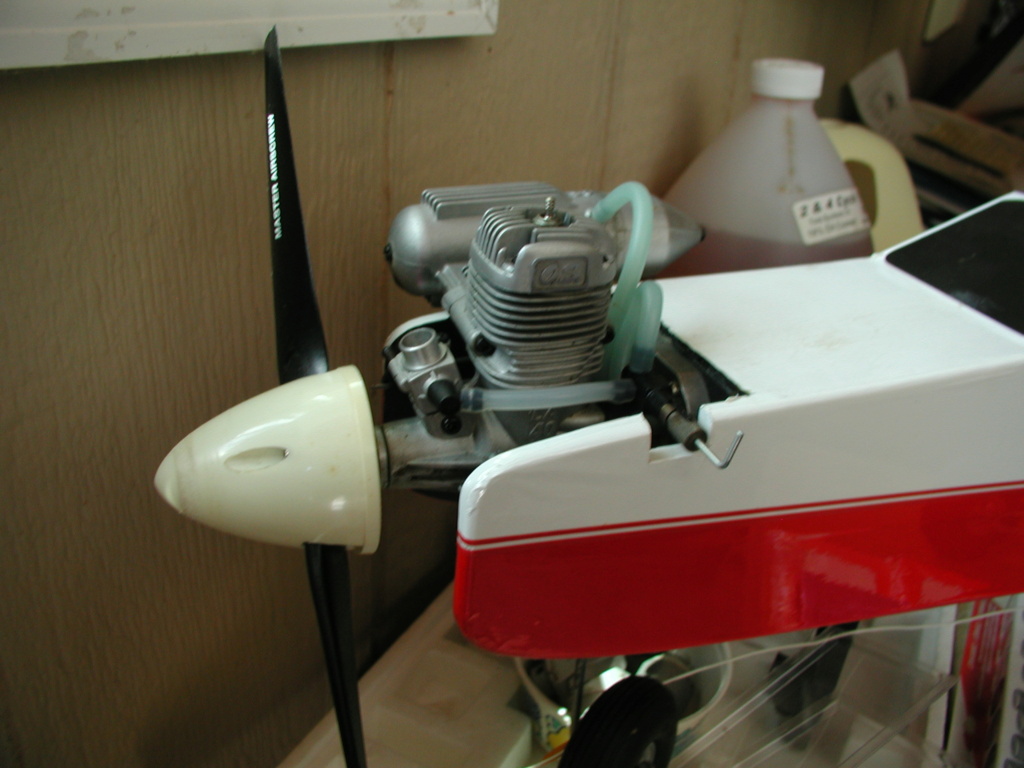 I still have the box for that OS/LA, and the gallon of Wildcat is welcome.

Looks like you got it all back, with intrest! Lots of 'stuff" in those boxes. Although I'm sorry to hear your friend lost his Dad. It's much better you got it back rather than the dumpster.

Marleysky wrote:Looks like you got it all back, with intrest! Lots of 'stuff" in those boxes. Although I'm sorry to hear your friend lost his Dad. It's much better you got it back rather than the dumpster.

My Mother often quoted that verse, only her interperation was "Cast your bread upon the waters and it will come back to you many times over."  This time it did, only under unfortunate circumstances. 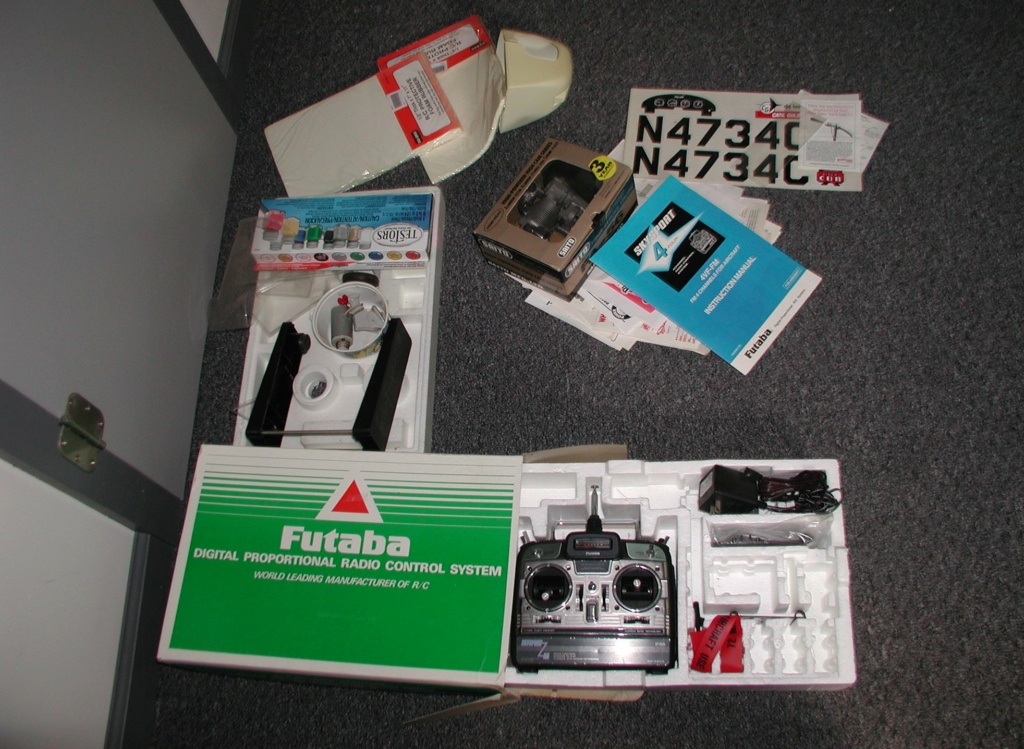 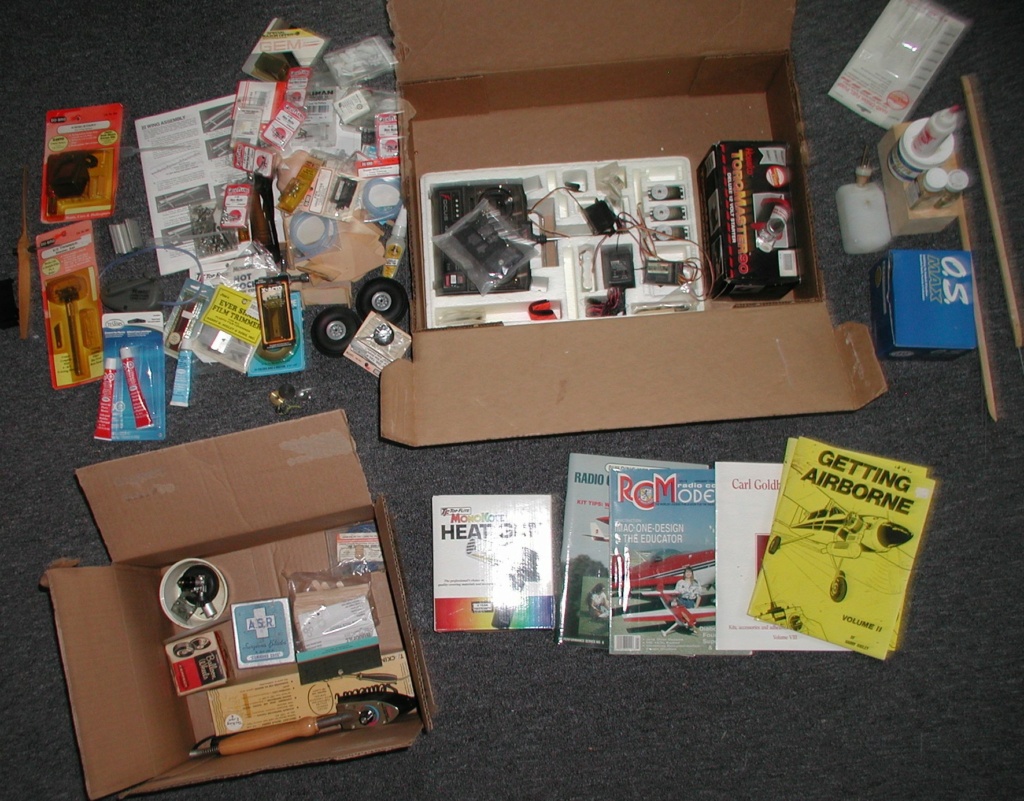 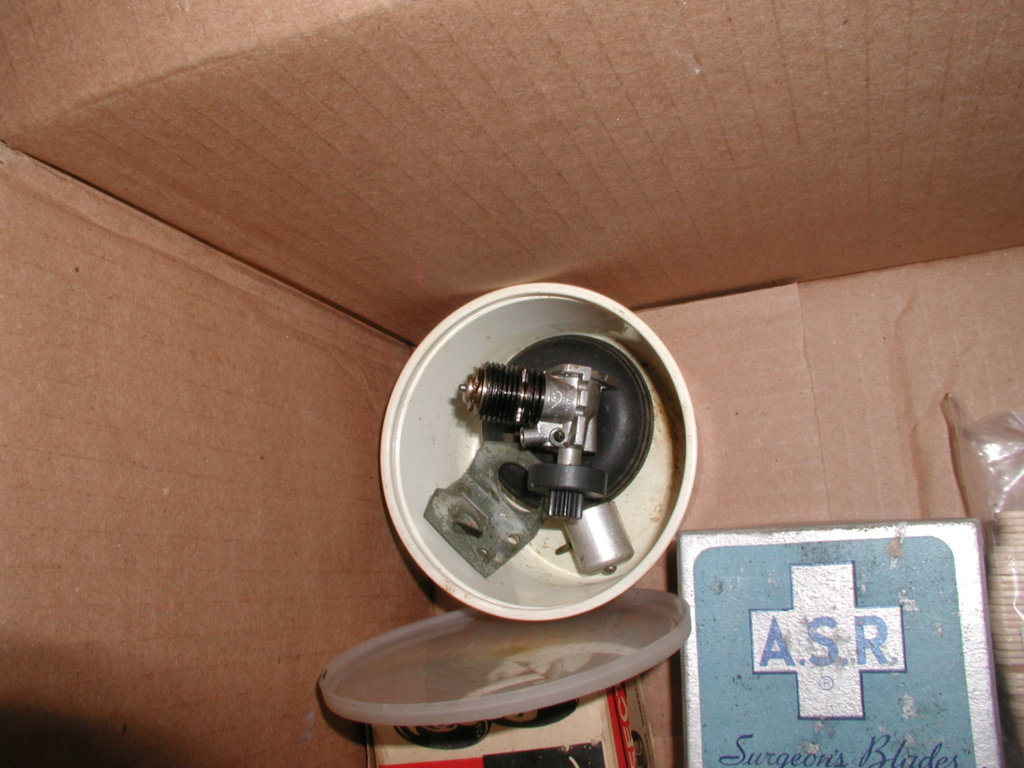 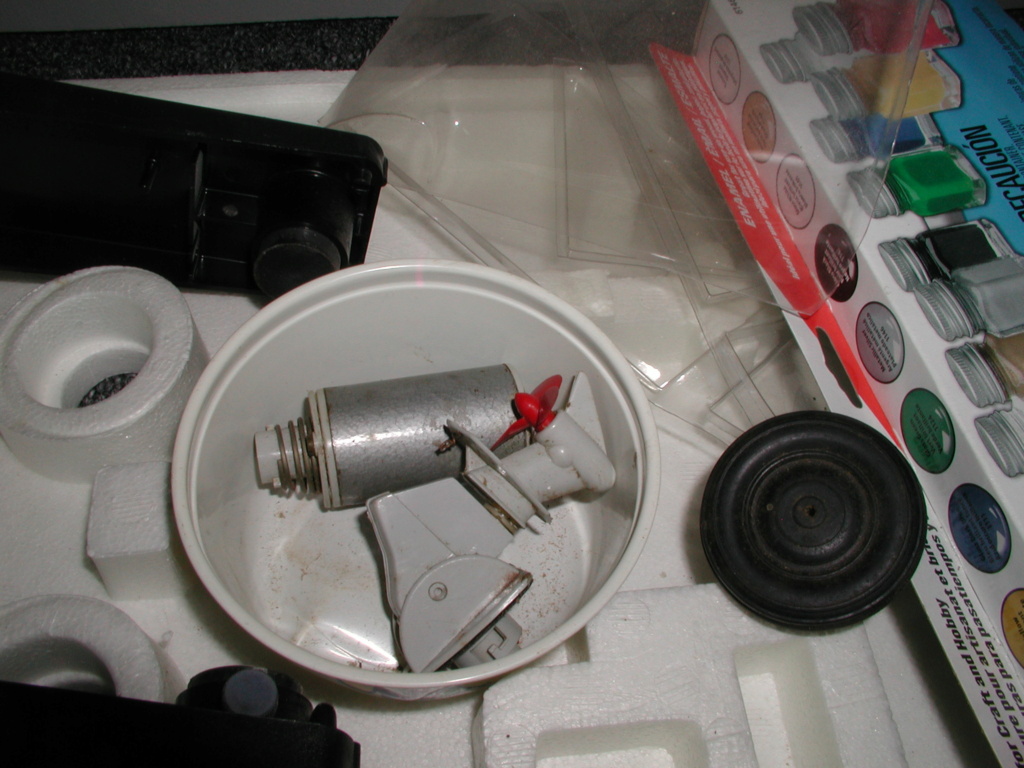 Lot's of Great Planes things that I can use right now, others later.

Not sure what to do with the Cub.  Any one want it, drop by and pick it up.  I'll even throw in a radio maybe even a Camel that I will never finish. Mark thinks I gave him the Cub too, seems like I remember it. I know I gave him the Prop balancer as i have a couple. 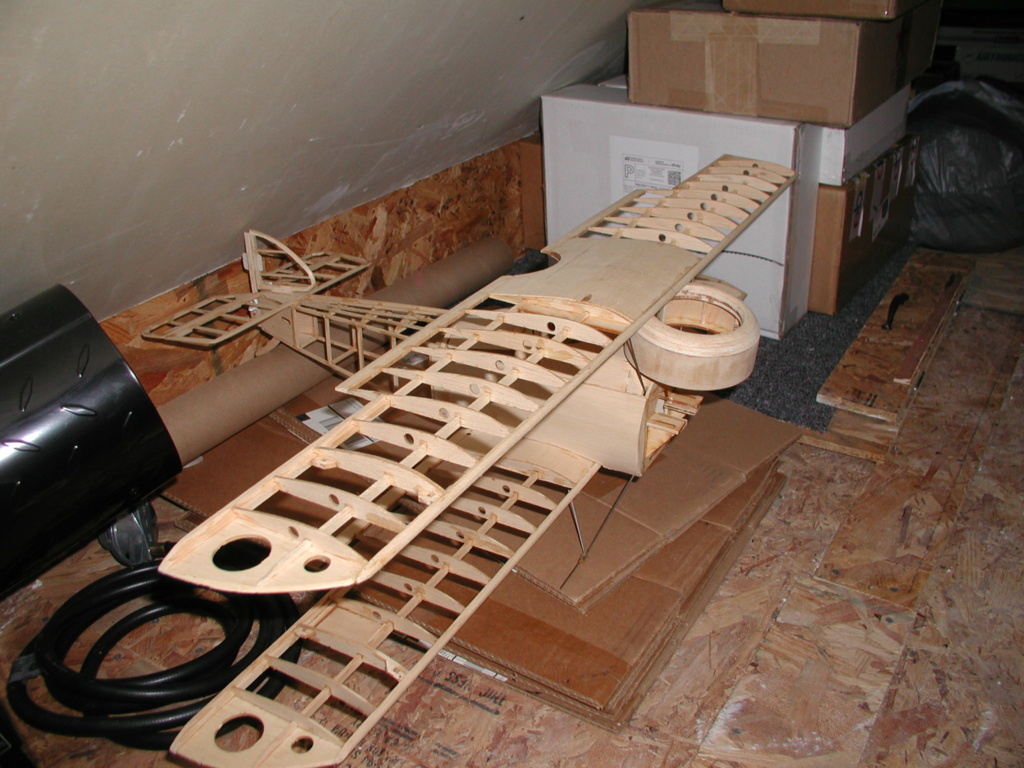 If it would be Me I will finish the piper first It's a very nice plane, it looks like the engine is already there.

That Piper Cub is a very nice kit and is complete with all the balsa necessary to finish it including the plans, instructions, and covering.  I could finish it, but still here in WV very little room to fly it.

But this is getting crazy.  I thought I remembered those butter dishes that the inboard/outboard motor and Testor's car engine came in.  Then I realized I gave them to him also.  Also, that is not the plane I thought I gave him. Thought it was this one.

But it wasn't, however they do look alike.

Good thing I have pictures to help me remember. 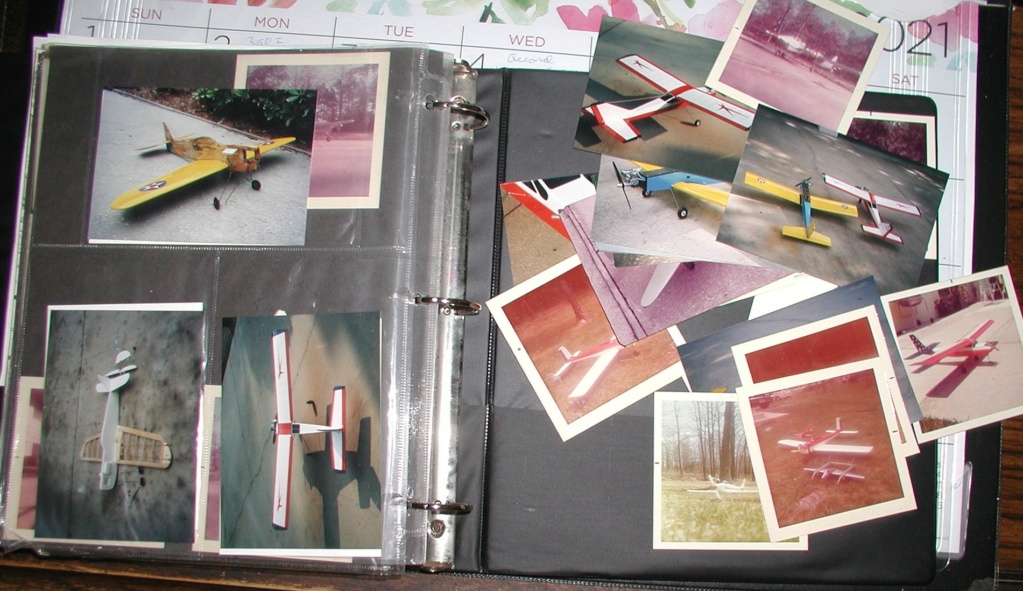 I have lived a long time, and have built a lot of model airplanes, a lot.  And I have given away almost as many as I presently have. Remembering them all and keeping them apart is difficult.

But, thanks to pictures I now know where my Kraft radio went. I just don't know where the plane is. Barry V. probably.

The Tower 40 came with a little surprise, seems mice used it as food storage with thistle seeds everywhere, no nest just seeds.  But they ate the radios harness and destroyed that.  Got some soldering to do.

As others had mentioned, a nice little haul you got there, but under unfortunate circumstances. Also, I love how you have all the pictures and documentation of everything. A great and well executed idea. I wish I was able to be organized like that.

NEW222 wrote:As others had mentioned, a nice little haul you got there, but under unfortunate circumstances. Also, I love how you have all the pictures and documentation of everything. A great and well executed idea. I wish I was able to be organized like that.

Everything a mess.  Mark found the Cubs parts spread all over a table, just collected them and stuffed them back in the box.  Fuselage plan out where the sun could get to it is badly deteroriated, wing plan not so. 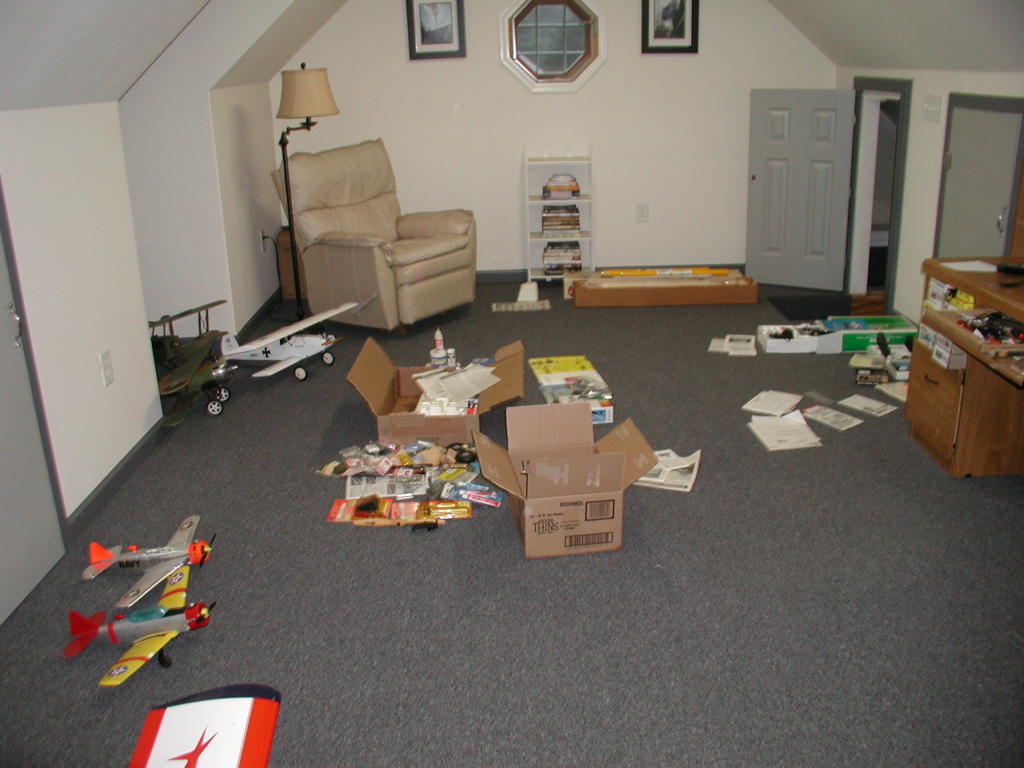 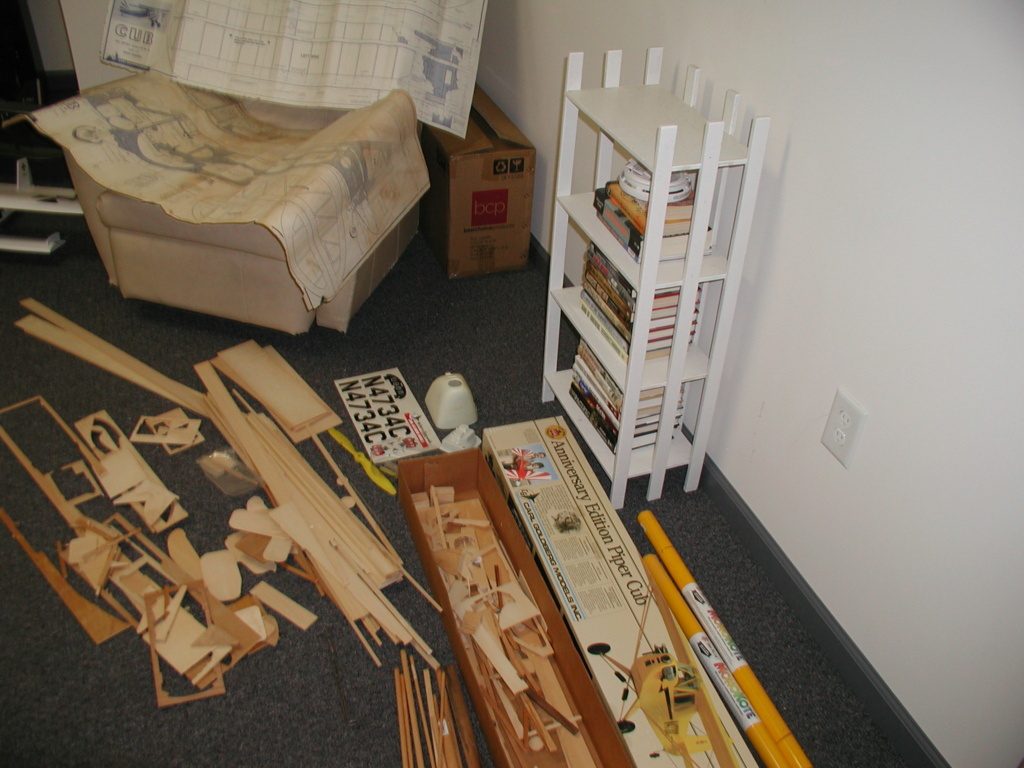 I started by laying everything back in the box, flat so it wouldn't bend.  Somebody some day might want to finish it and bent spars, ribs etc. wouldn't be appreciated. 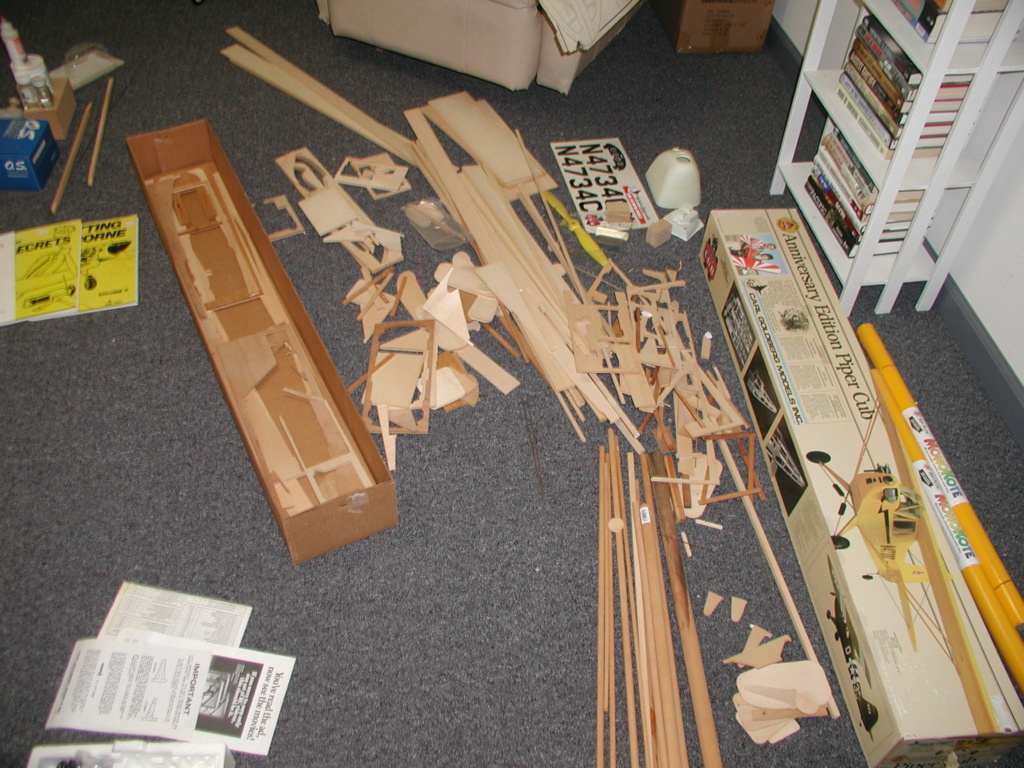 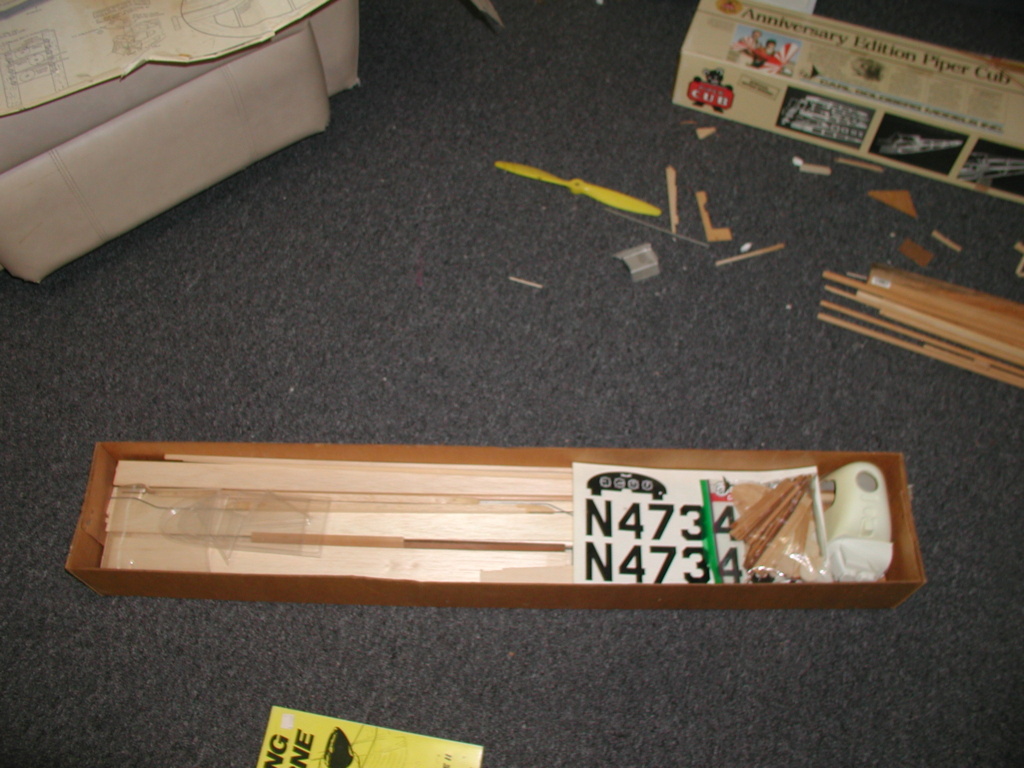 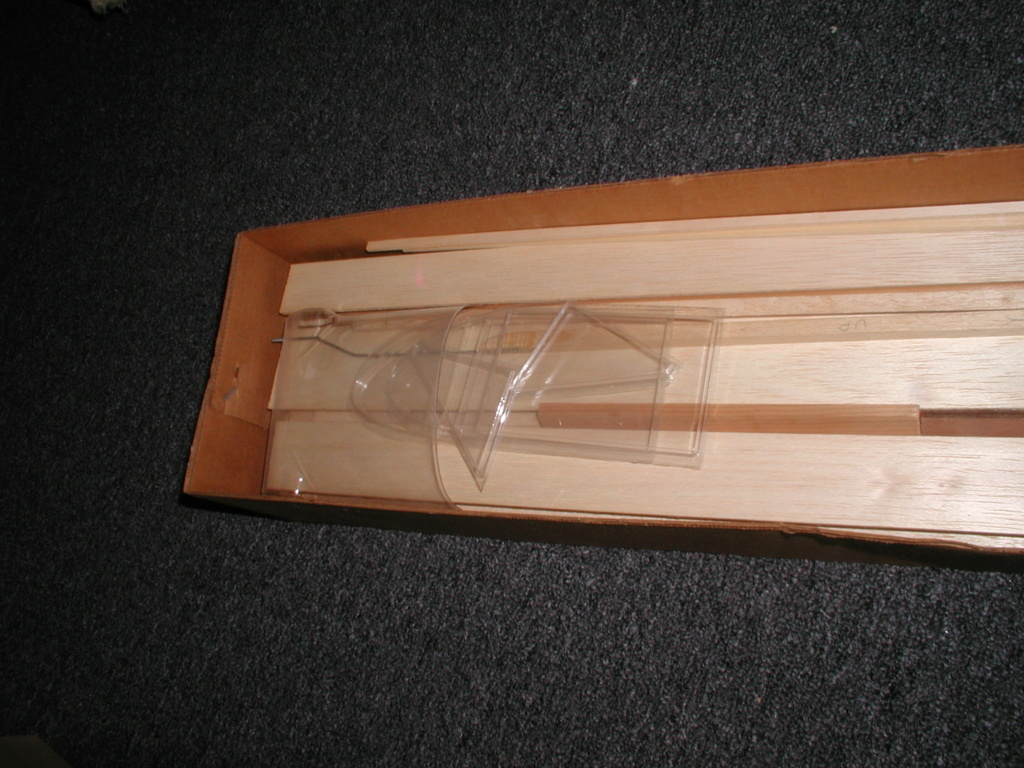 Everything is there to complete it, even a pilot figure. 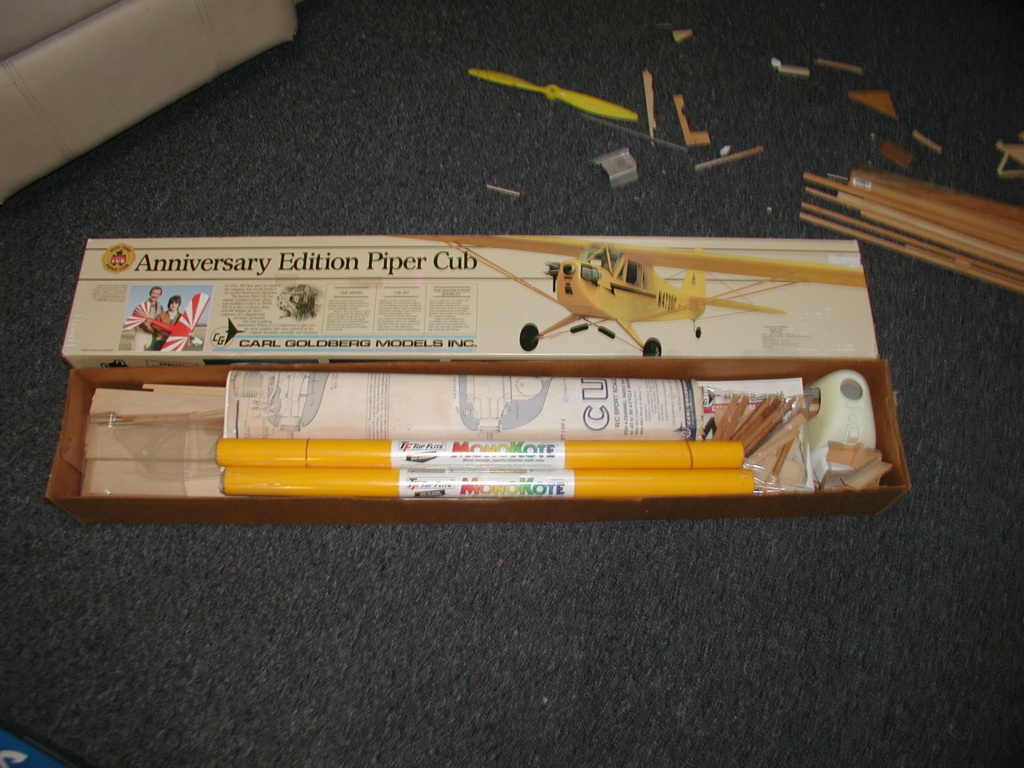 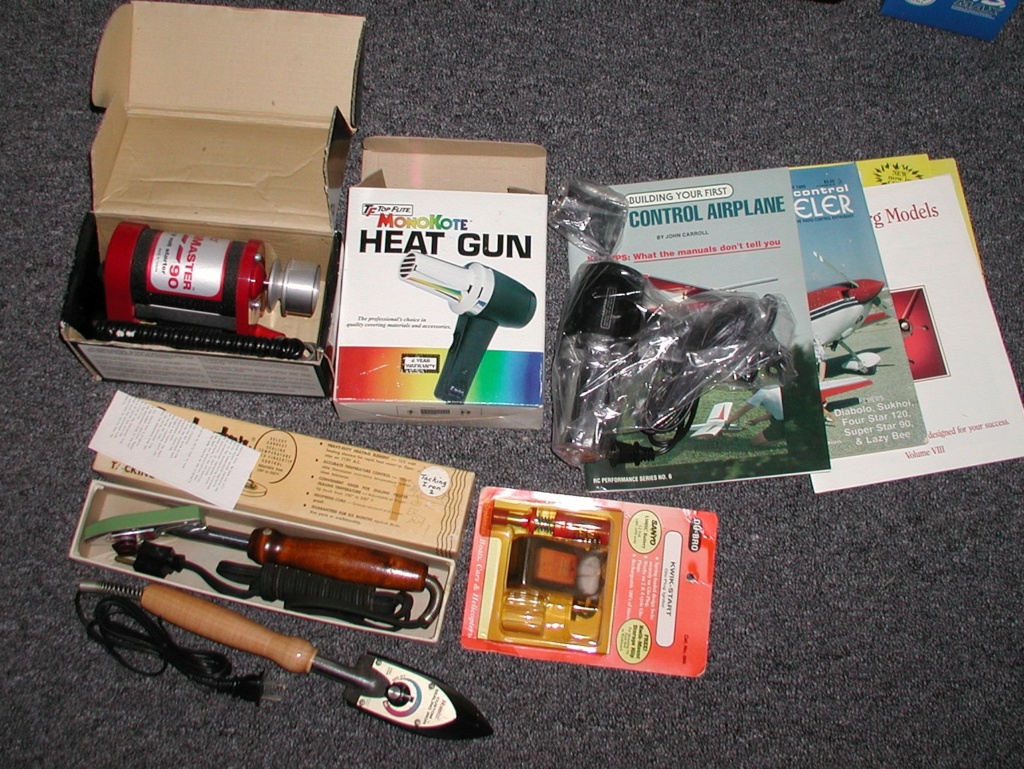 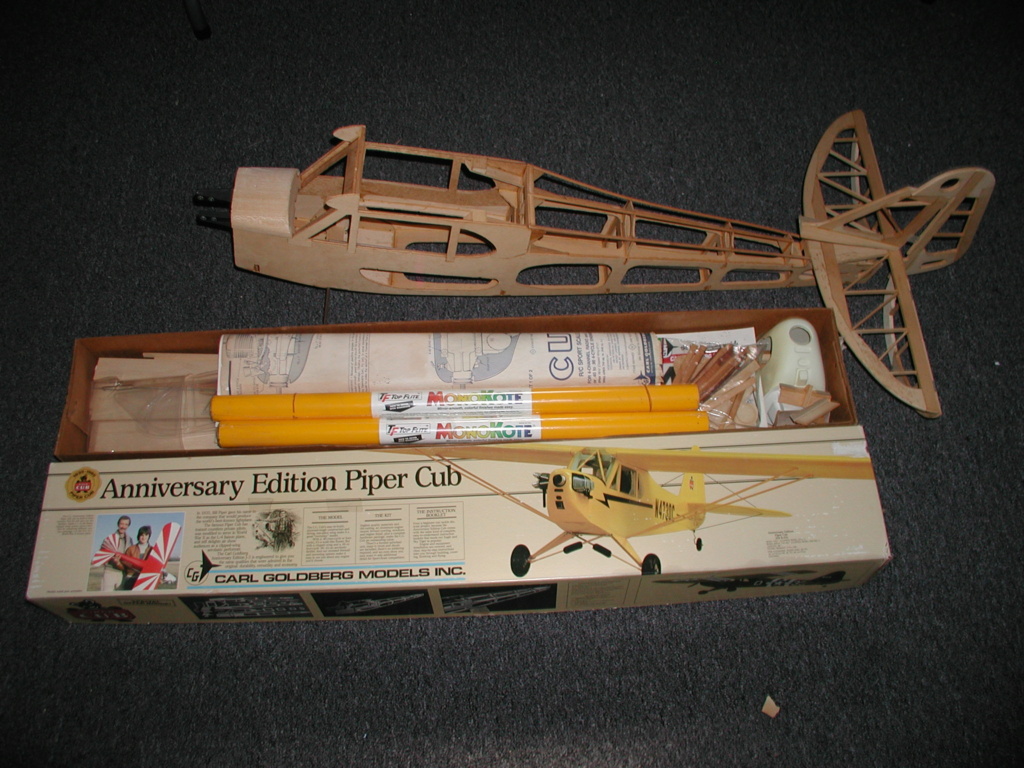 I remember now, I did give him the Piper Cub kit, maybe this radio too but I didn't give him that 4 stroke Saito.  Would have kept that for sure. He added all the stuff in the picture above, crispy new.  I feel bad that he did not get a chance to finish the Cub, but his son tells me that he did fly the Tower 40.

The batteries accepted a 16 hour charge and all four channels are working. 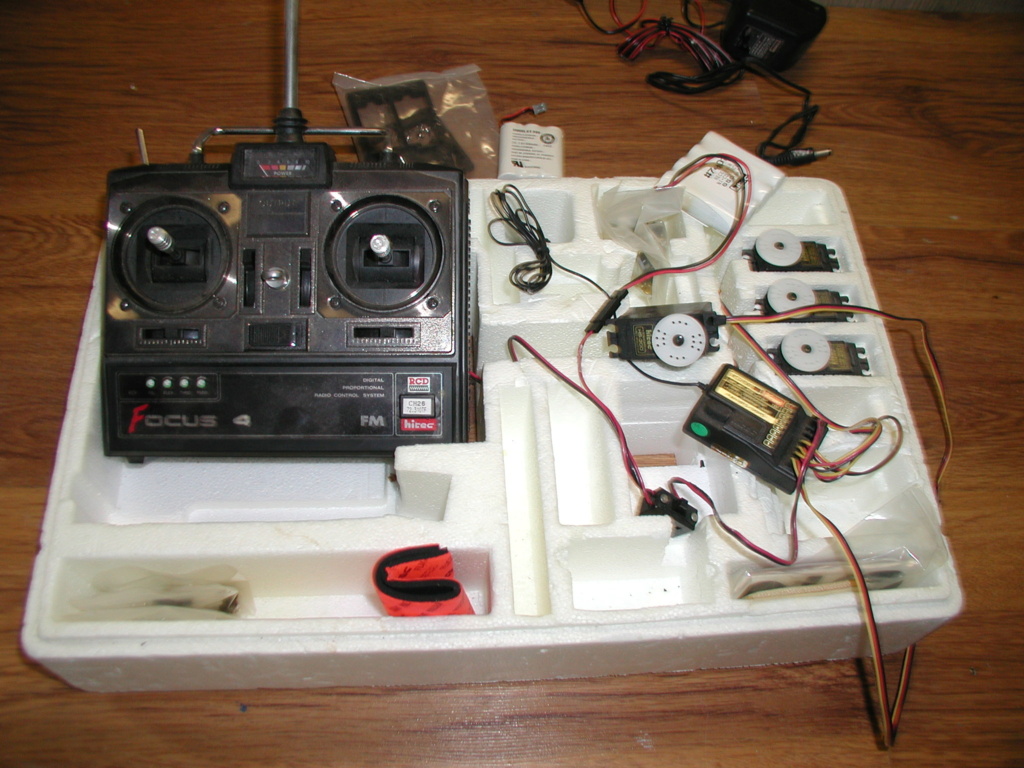 Wow that's a lot of stuff , I have the Piper Cub Anniversary edition . Started on it way back then and some of the wind i was working on got destroyed in a brake up of a relationship, so i put it back in the box and moved on ... That would have been a shame to had to go dumpster diving to get all them goodies out

Good thing you got plenty of rooms to put hobbies in . The Dad's son must have been a Hobby Hater or something ??

Once, my wife put her foot down too Eric, unfortunately it was right through a newly built model airplane. Usually reserved and docile she just had enough. My fault, I had forgotten all about marriage maintenance.

Mike, not a hobby hater. He just had no time for it. One of the worlds nicest guys he was just driven in another direction. I only met his Dad a couple of times. Also a nice guy. The only person ever to ask me about the significance of the Oak leaf in my gun cabinet so out of place with the rest of it.

when I get together with pals consumed by similar addictions?
discussion turns exactly to this subject - "what keeps it out of the dumpster when I kick the bucket"

i mean, it probably won't matter when I'm pushing up daisies. but I'd like to think it doesn't just all get trashed.

One lad passed, and his famiily had no idea where all he had corvairs stashed around town.
Another lad's wife was ready to have 3/4 mil$ worth of vintage Harley flat track parts hauled away for scrap

I've been pushing everyone still around?
Make lists - not complete inventory, just lists. "this is here, its worth $, call xxxx he will help you sell it"

i've still got years left (I hope). but I made a list of all the "hidden" things, the combinations to safes, the accounts... and what is worth --- its in an envelope in a dear friend's gun safe. He is under instructions to hand it to my kid after I take my last gasp. (hopefully surrounded by bra-less young candy stripers at a nice hospital)

Make sure your family knows who to call and what its worth, so we dont lose more history to the dumpster