Log in
Search
Latest topics
» A puzzle....whatisit
by GallopingGhostler Today at 5:55 am

» Perfect Tanks. Please enlighten me
by kevin king Today at 4:35 am

» "Forcing My Brain To Learn Things It Doesn't Want To Learn" Still Messing with the Dragon.
by andrew Today at 3:50 am

» Space Bug Jr Crank - WANTED
by AMCGUY Yesterday at 6:11 am

When I was young between 12 and 16 I used to fly lots of cox powered planes I made from balsa of my own design and I also had an Enya 2.5cc Glow and a Taipan 2.5cc Glow gold head with ballbearings and rear tuned pipe that went like the proverbial.......... wish I had it now. Oh well. I used to build from plans Dominator and Liquidator wings that I flew with my 2.5cc glow engines in combat in the local park with the other local kids.

I have been watching and seeing some half/A combat wings on the forum and have never built or flown a half/A combat wing. im curious as to what people think of them and their different experience with them. I would expect to power one with an 049 TD on pressure that I know runs really well. I would like to be able to fly on at least 42 foot lines so I have enough Sky to build up speed for my power dives into the ground

I also am after easy simple, cheap, build with as few parts as possible that I can build from available free plans.

I have seen the Combat Kittens, Little Snip, Little Satan, Samauri. They all look a little bit on the big side of an 049 TD to me. Many plans are not much bigger to take 1.5CC - 2.5CC engines. The little Snip looks the best go for me and maybe if I build it very light it will be Ok. Or just reduce the wingspan a bit further. I dont mind the diamond shaped ribs, Ive heard it makes them twitchy, but Im not bothered by twitchy controls. Sometimes I reckon speed bleeds the twitchy away. The Snip looks quick and easy to build.

I have built a dozen Little Satans from scratch. I even scaled down the plans and built a .020  Little Satan. Not sure if or how well it might fly. 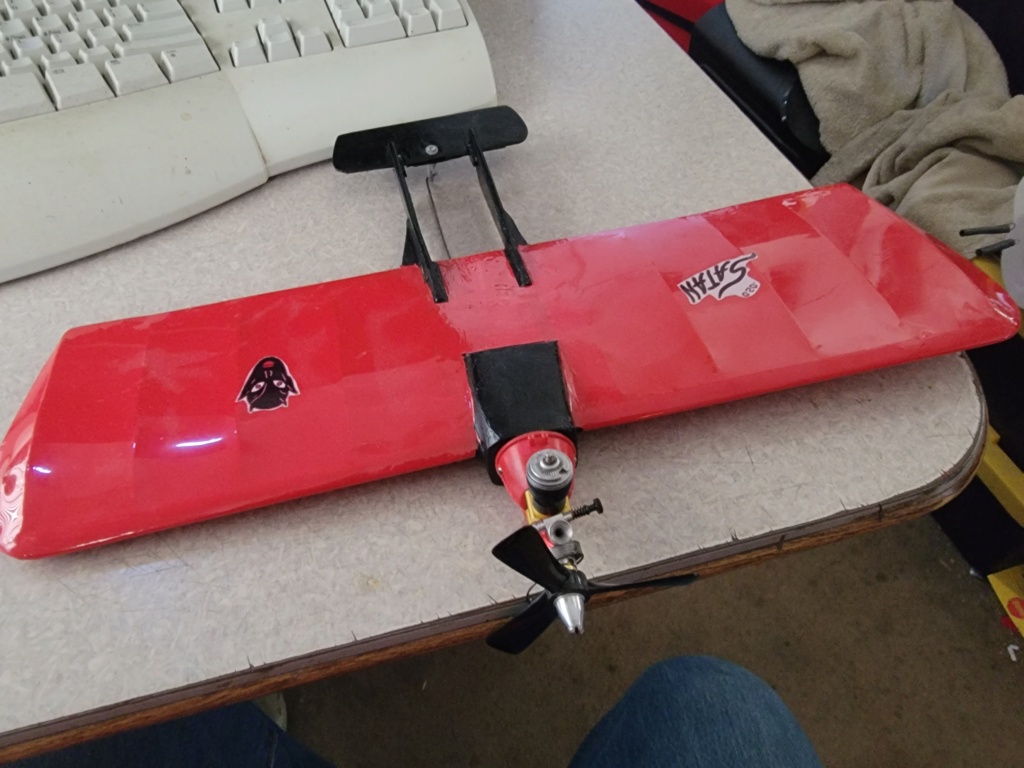 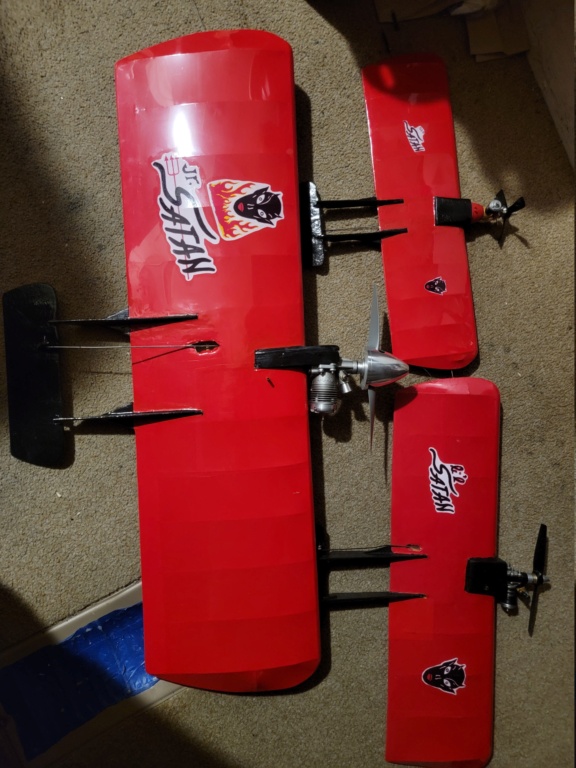 The planes look great, thats a lot of work building and covering a dozen. Im nearly finished a Lil snip, but think I will build a Lil Satan for an 049 TD straight after and then I can have a go at both. the snip was a pretty easy build for a built up wing. How did you find the Lil Satan to Build? and have you flown one with an 049 yet? Im interested in how you found it.

Yabby the plans are on OZ with a search there is alot of info on the forum .> https://outerzone.co.uk/search/results.asp?keyword=Lil+Satan search https://www.coxengineforum.com/search?search_keywords=+Lil+Satan

I’ve flown a Li’l Satan on pressure with a TD. It’s very quick. Not sure if 42’ lines quick, but probably.

That .020 Satan cracks me up! I'd love to see the flight video. My hat is off to anyone who builds that prolifically!

Also note that FlyingLines.org has a Widow Satan...a Lil Satan clone with a few changes that make it easier to replicate/build. Oh, and all the templates are.on the post there. There really isn't much plane...so there isn't much that can be improved upon. I only mention that there is an option. It is in my Avatar at the moment. It wound up going to another member here.

There are some more modern 1/2A combat planes made in Russia that are much like the FAI F2D planes which are my favourites, even though they are a bit above my skill level. They are fairly cheap and already finished and covered for about $35? They can usually take a ground hit and come out OK. There is a foam one from the US too. If you make a Satan with a tank keep in mind where the tank goes compared to the carb, I think that is a design flaw. A bladder is fine though.

Cribbs74 wrote:I’ve flown a Li’l Satan on pressure with a TD. It’s very quick. Not sure if 42’ lines quick, but probably.

Youve got me sussed out Cribbs74

Im kinda ok with line tension sometimes not being great at times. the planes often fly out of it if you dont panick. Lol. And then sometimes they dont.

You can do some great improvised stunts when your lines go slack on windy days. Ones you just cant do otherwise. HaHaHa.