Log in
Search
Latest topics
» In search for the COX engine with the longest runtime on its clock
by aspeed Today at 11:07 am

» Micro 12VDC Generator with a Cox .049 Sure Start Diesel Engine
by Coxfledgling Today at 5:55 am

» Let's design a model for one of our Cox engines.
by batjac Yesterday at 5:48 pm

Temperature control was not maintained in any of the machining processes at Cox that were 1st, and 2nd operations on the screw machines and the Cox-O-Matic.

Temperature control was strictly maintained in the hone room where the cylinders were honed to final size and checked on an air spindle. The pistons were also centerless ground to size with a taper at the top in the hone room prior to the con rod being pressed in. Pistons had one, or two tapers depending on the model and when they were produced.  All dimensional tolerances where checked in the hone room  so everything was at the same temperature and that way  the piston to cylinder clearance could be properly determined maintained.

There was a double room where you put on your clean suit before entering the hone room, and only two people at a time were allowed to leave or enter so the heat mass of the human bodies would remain the same and not upset the temperature. We were only allowed into the hone room when the girls took a break, and there was 4 hone stations so two at a time would alternate breaks.

Later, on the assembly line, the girls fitted the pistons to cylinders by hand and tried to get them to stop about 1/16" of an inch before the top of the bore for a good tight fit. The next step was to put the piston/cylinder assembly on a leak down carousel and pressurize the cylinder. As each  assembly was put on the carousel, the last one would be checked to see if the pressure had dropped below specification. If it had, that cylinder would be fitted with a different piston and tested again. The leakdown process was eliminated by Leisure dynamics at some point in time before I came to Cox, and I saw the carousel sitting there rusting away next to the glow plug element winding machine.  See Picture below of Leroy talking with one of the girls at the leakdown testing area. Note the huge pile of cases dumped in front of the pre-fitted .049 piston cylinder assemblies. The station for checking crankcase squareness was next to the leakdown testing, and you can see both Babe Bee and TD cases in the pile.

These historical details of COX engine production are priceless, thank you Jim.

In old stock COX engines I noted the top of the piston is not even, but a central piece slightly protrudes. ( later produced pistons have smooth and even top, those pistons having been machined from 1 piece)

I remember reading somewhere that this central cap in old pistons, that is the balljoint, was swaged as a separare part into the top of the piston. Is that true, or, the top of old pistons is not even but simply shows traces of machining?

While I was a Cox, the piston was one piece, the raised step was machined into the crown.

Was there ever a cost calulation to produce a single Babe Bee?  Just wondering what the mark-up was when it hit the stores.  I remember paying $3.95 per engine in the blister pack.  Now I think, what a bargain.  I think the Space Bug Jr's went for $2.95 each at my LHS.  I still have one of my originals.

I was told that the materials cost about 10% of retail, labor and overhead to produce the motors cost another 30% so Cox made 35% on the dollar and the remaining 25% was dealer mark-up. Those are rough estimates as each product had a different profitability depending on how it was sold and how many they made.

The lowest profit product was making retail packaged hobby motors, the highest profits came from ready to fly and ready to run products. We used to call it "ready to crash plastic trash" because everyone knows "Balsa flies Better!"

This is fantastic history. Thanks for sharing.

At some point, to keep these threads from getting buried, I might need to move them to a new forum section dedicated to history and stories about Cox.
_________________
-Jacob 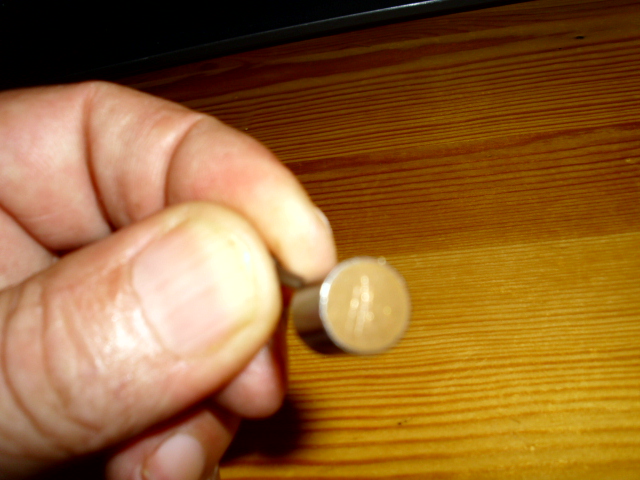 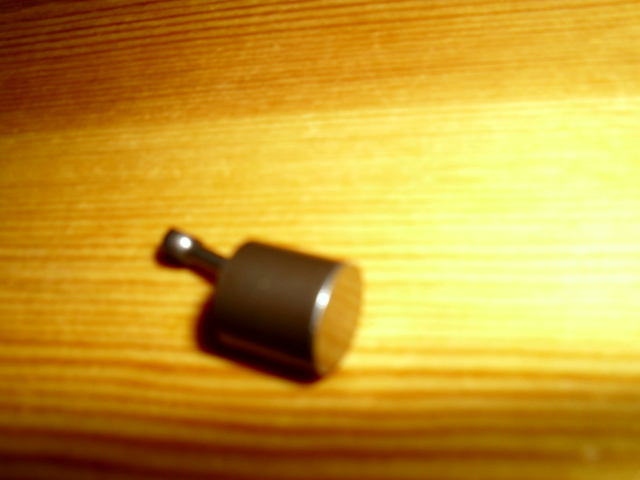 The copper crown and ball-joint socket were not a separate piece to the skirt. It was all the one piece of alloyed steel but the crown and socket were copper plated to stop them being hardened in the hardening process. Basically just the outside of the skirt was hardened and then ground to exact size.

All old-stock COX engines I have show the "bump" on the piston top, that shows a circular pattern that I thought was either the  edge of the swaged-in balljoint cap, or, maybe some traces of machining..this bump is not the copper layer added before the steel carburization process, but the shape of the steel top itself underneath.

These are old-stock red postage stamp backplate reedies with stepped wall cylinders without the flat cut on their top fin for the wrench...all old-stock from early 60-s through early 70-s.. 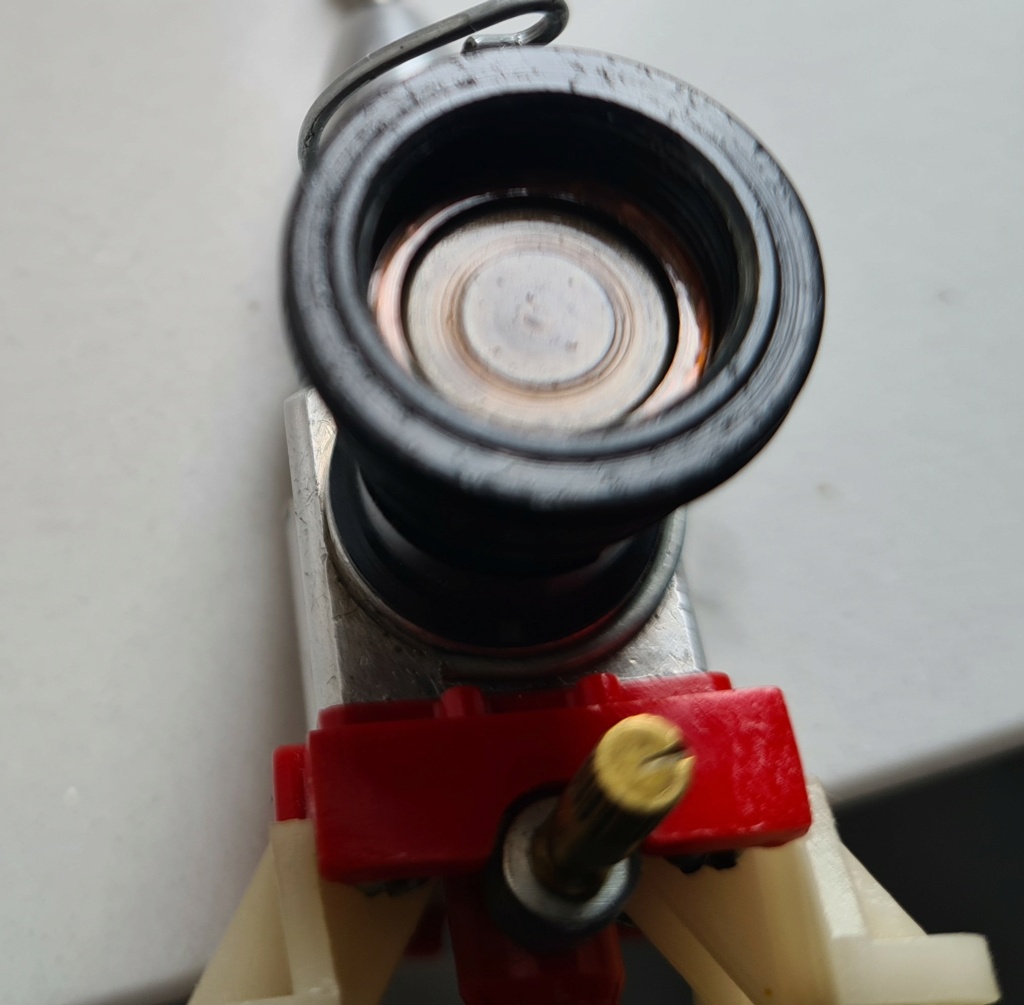 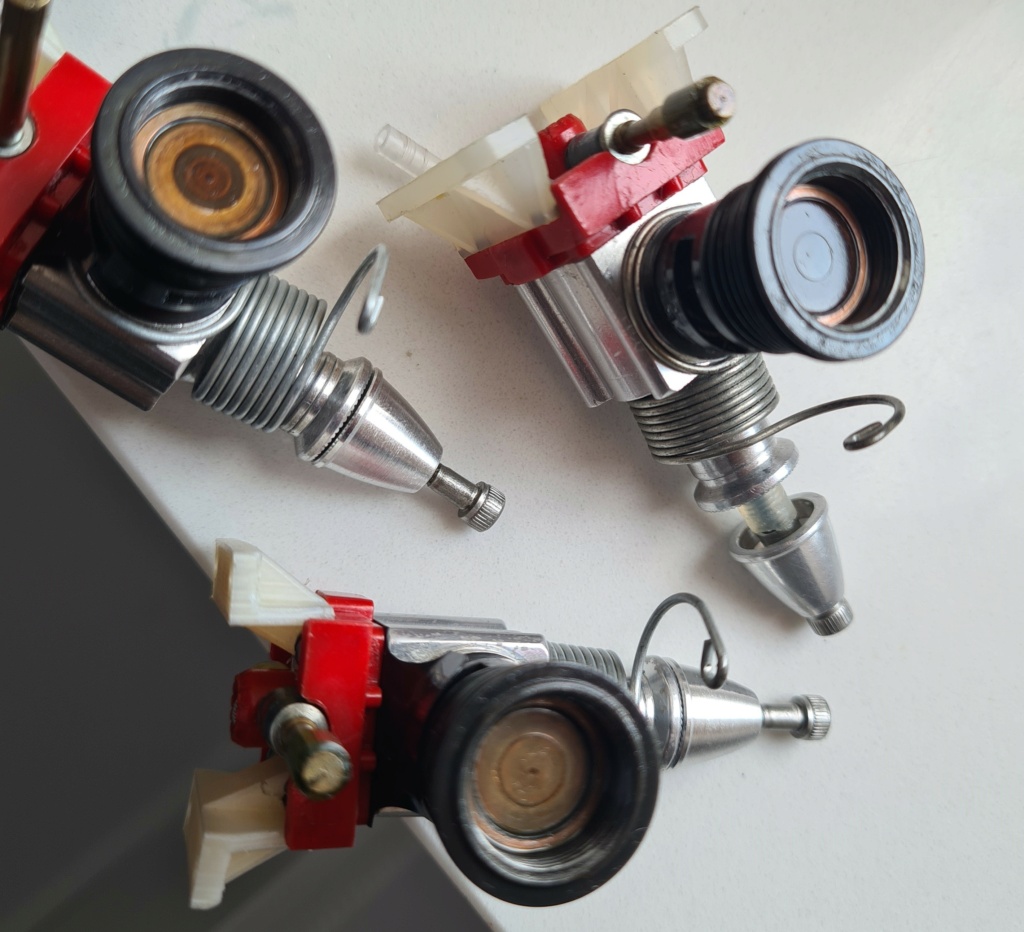 The pistons in COX engines originating from the 90-s and especially later in the Estes era have even piston top, without the bump. 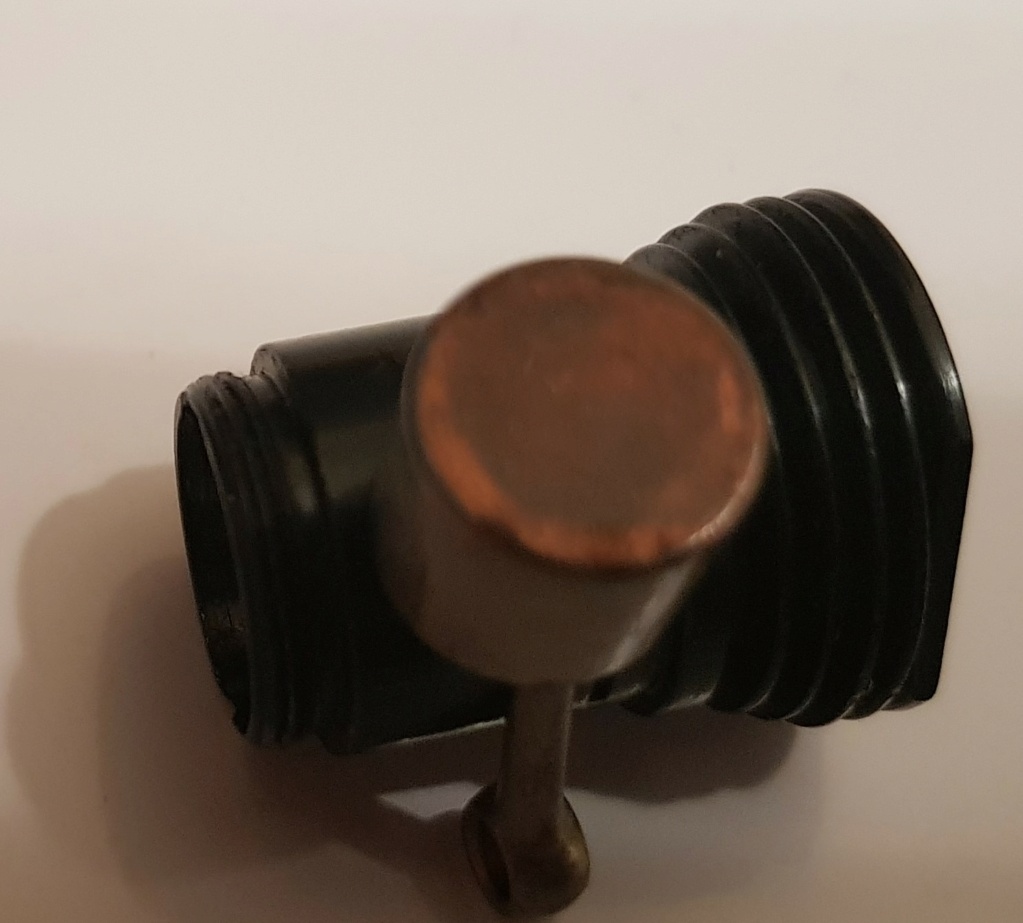 The piston top therefore seems to be a bit thicker in old-stock engines..I have never seen an old-stock piston with a hole punched into its top by the small end of the conrod, but I did see several, even-top, later produced pistons that were punched because of either excessive ball joint play, or, excessive resetting with too small gap left for the oil film and varnish to build up and protect the ball joint.

So whether the bump is a swaged cap, or, a machining shoulder left there intentionally for a thicker/longer lasting piston top, remains unclear, but clearly differentiates old-stock and later production pistons in my observation...

The copper crown and ball-joint socket were not a separate piece to the skirt.  It was all the one piece of alloyed steel but the crown and socket were copper plated to stop them being hardened in the hardening process.  Basically just the outside of the skirt was hardened and then ground to exact size.

now I have a better pic. , this makes sense , clever and smart , MADE IN USA

Looks like my explanation and photos are not worth a dime...

balogh wrote:Looks like my explanation and photos are not worth a dime...

Ashes on my head .....for SURE they are worth more a dime

No need for ashes, thanks for the greenie Germanbuddy

I thought it was interesting balogh , I have noticed that some of the Bees' i have had had a lot better compression over the years . When i was fling in My teens we had BB's that would outrun and performed better than others but i never noticed why back then . Sometimes changing the needle would do a engine wonders , seem the large hd. one were just better performers .

Thanks Eric, I think that Tem-trol was not applied by COX on their heyday by vain..my oldies are also way better performers than the e.g. Surestart and its contemporaries..The more accurate, hand matched piston cylinder combos not only have better compression but longer life expectanxy than those that come with a bit sloppy fit...a no brainer but true..

Thanks for sharing I am new here and the explanations of the pics are greatly appreciated.I love following the history of what I run whether a thimble drome tether car,early cox slot racing or the RTR stuff History is always a good thing.
Thanks
Bart