» Couple Kittens followed me home..
by HalfaDave Today at 5:16 pm

» Looking for tips
by HalfaDave Today at 4:44 pm

» Browsing around the Gilbert file
by rsv1cox Today at 3:42 pm

» My Mazda RX-7GSL-SE build log with the occasional balsa inclusion
by rsv1cox Today at 9:48 am

I know there are a ton of Cox collectors out there, so I am asking for your help in identifying an early version of the 1st run of Space Hoppers.

When we were at Cox, Dale Kirn told us the Space Hopper was originally planned to be a ball bearing type, similar to the Olympic, and used the same porting scheme as the Oly and later TD .049 ( 2 side flutes). Dale said the development of the side flutes, and extruded crankcase, along with the beam mounting and no spray bar carb were all developed prior to the TD series. These innovations, according to Dale, were both tried but ultimately not produced in large quantities, only small runs were made. Apparently due to the design of the reed valve, the engine was only capable of so much power, and the ball bearing only increased weight and cost. Dale said that the side fluted cylinder however was used in some the first batch of Space Hoppers, but was not stamped #4 like later TD .049s.

When Bill Atwood came on board, the Space Bug was re-vamped into the TD .049 and Bill retained the extruded, beam mount crankcase concept but replaced the rear reed intake with a front rotary valve arrangement. He also retained the Space Hopper style carb (no spray bar) and the twin side fluted cylinder. It was at this point that the TD 049 cylinders were stamped #4 .

I have looked for years, and so did Dale, but there were not very many Space Hoppers made, so we were never able to positively identify one. If anybody has a Space Hopper .049 with no number on the cylinder, but TD style twin side flutes, I would really appreciate it if you could post pictures.
Thanks

I have a RR-1 with TD flutes and no stamp on the cylinder. Probably a cylinder swap that happened at some point. I’ll check my space hoppers as well.

Thanks for responding with that important finding.

Wow, that is interesting. The RR-1 came with a hole in the big end of the rod so it could get lubrication as the rotary disc valve covered up the end of the rod, so Dale Kirn felt it needed a lube hole. What would be fun to see is if your fluted cylinder has an RR-1 piston/rod assembly, I bet it does.

Since Dale designed the RR-1 and was intimately involved in its development and production, he may well have had some made with the fluted pre-TD style cylinders that were used on the early Space Hopper as well. Your RR-1 could be from his collection or early production run.

Here are pics of the RR-1 with the thin wall nonstamped cylinder. It does have a hole on the end of the conrod. 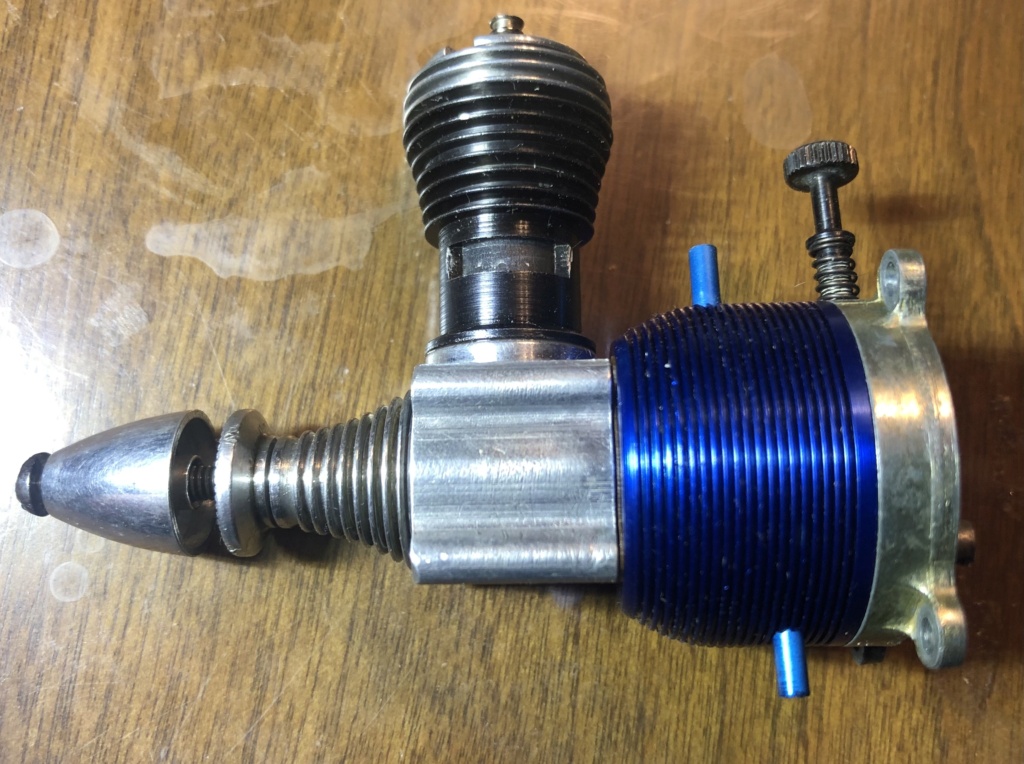 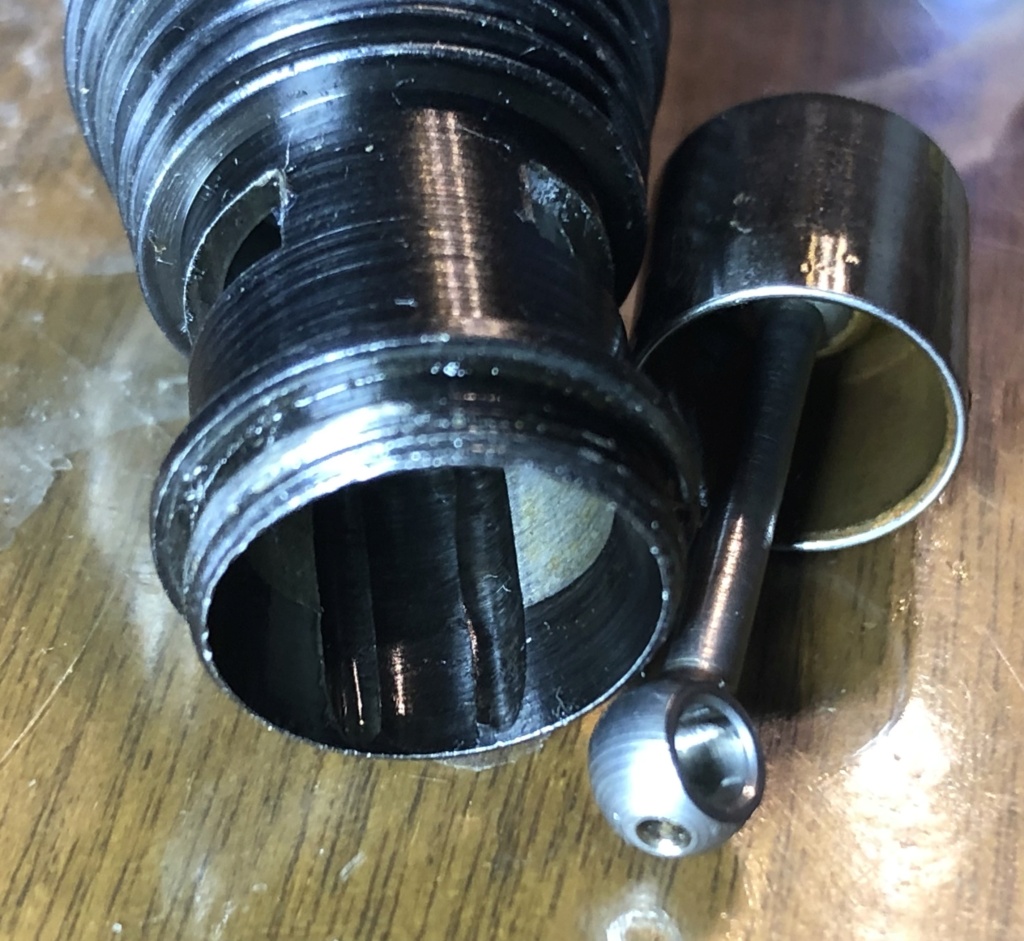 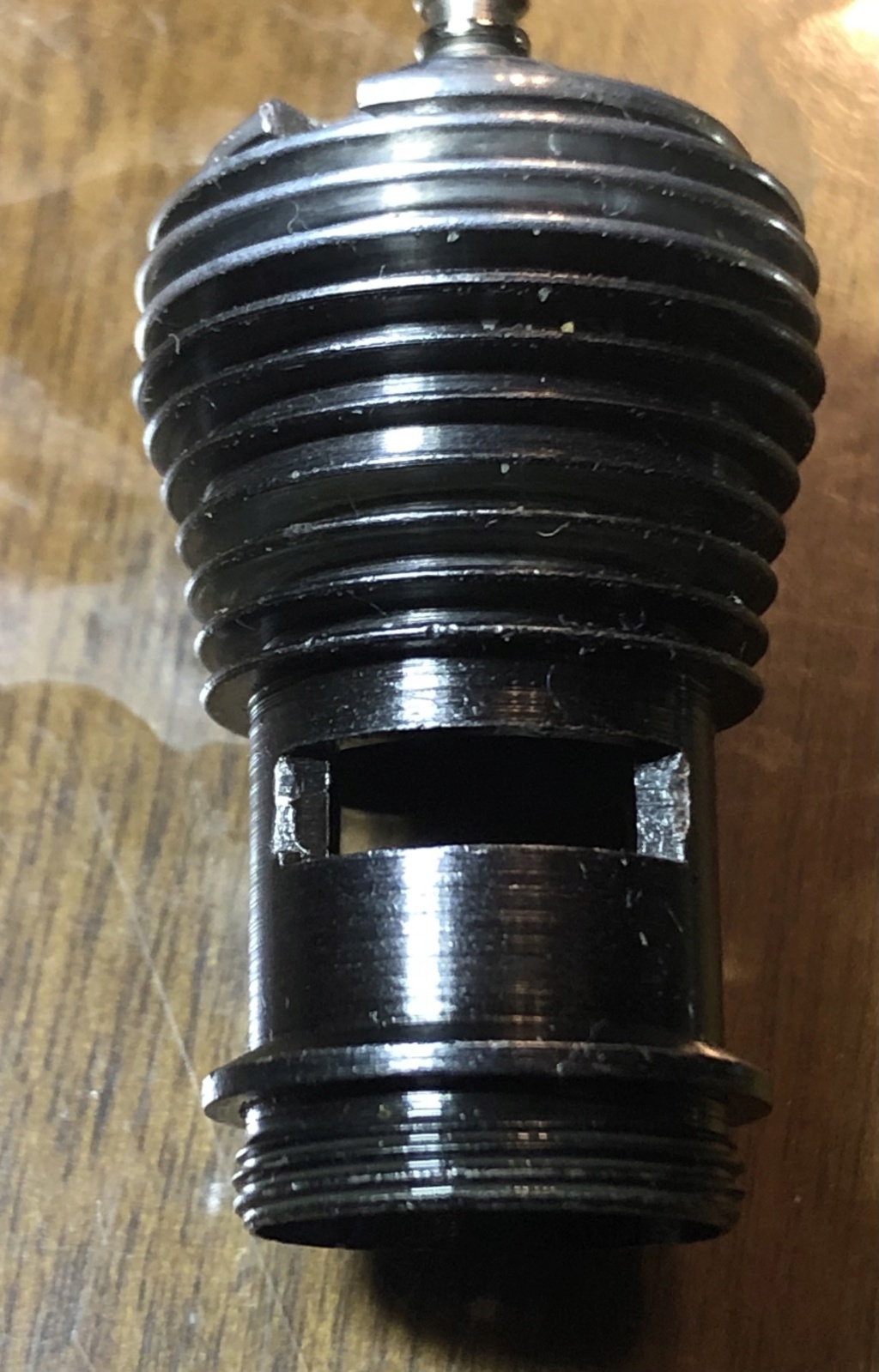 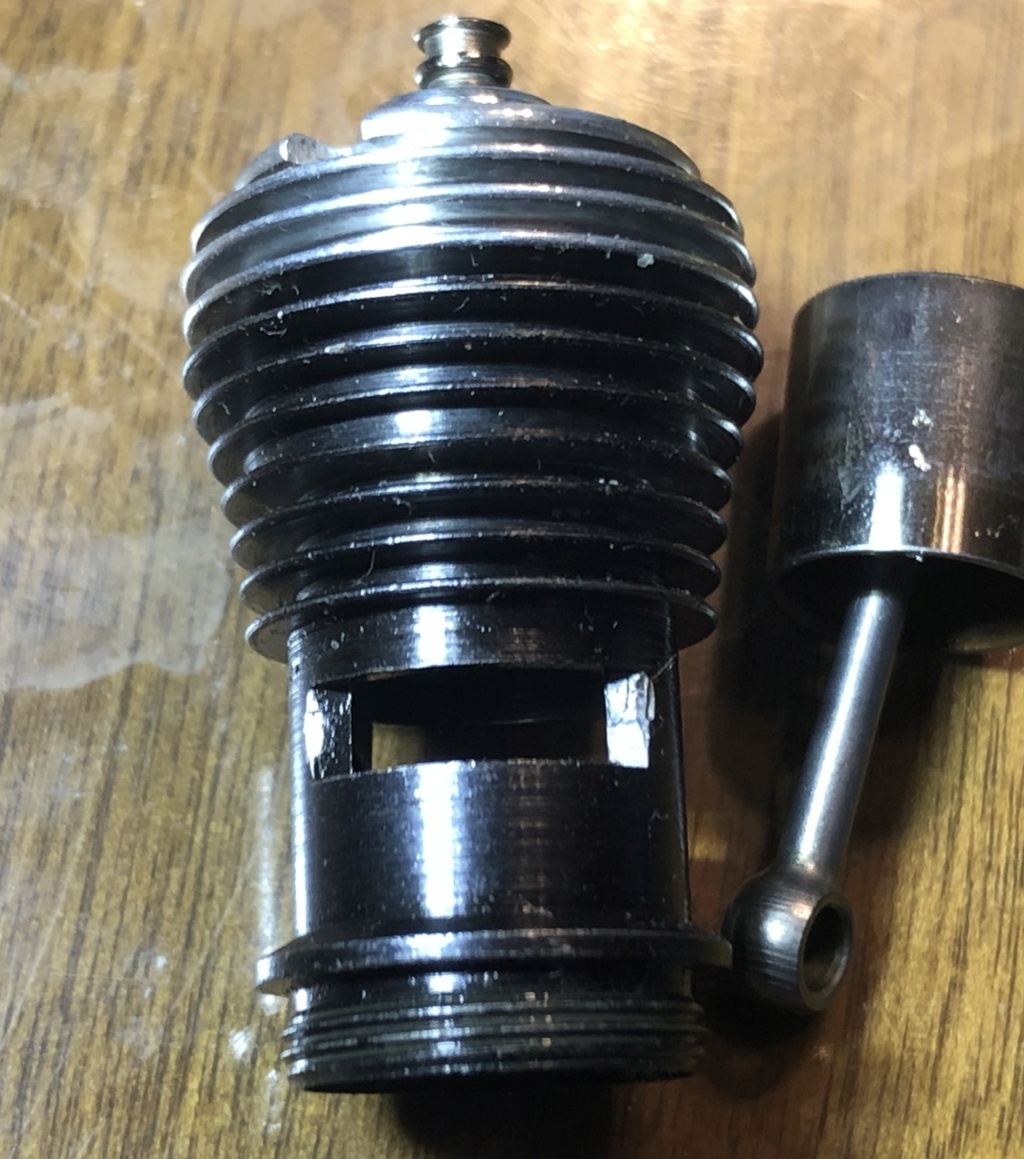 I checked my 2 Space Hoppers and neither have boosters but two flutes one per side no # but one has been shined down sooo ? My RR1 has a no.1 cyl.

Good info Jim Thanks for being here with us !

Thanks for the great photos. This somewhat confirms what Dale told us about his involvement with the development of the RR-1, Space Hopper, and Olympic engines. Dale had said the double bypass cylinder with side flutes was developed and planned for the Oly, Space Hopper, and RR-1. Your cylinder without #4 is exactly what Dale described to us as being used on some of the early RR-1 and Space Hopper engines.

Dale also told us that they decided to de-tune the Space Hopper with a #1 style and use the #4 style cylinder design on the TD .049 which would replace it. He claimed the Space Hopper, in it's original state of tune, was as hot as a TD. Of course, there was some pride here on Dales part as he felt his designs were every bit as good as Atwoods. These decisions, made by management, resulted in some fall-out which ultimately resulted in Dale leaving Cox.

So Randy and I decided to build up a Space Hopper using parts we had in customer service and used an NOS thin wall #4 tapered piston/cylinder assy on it with a high compression head and 5 washers. After break-in, it turned up a 6x3 grey to 17,900 on 30% red can fuel...confirming Dales claims about it's potential.

Dale was brought back by Cox under Leisure to rectify problems they were having with engine performance, which vindicated him to some extent.