» Tank Cleaning and an Old Rant from my Youth
by Ken Cook Today at 8:24 pm

» Cox Engine Stories
by rsv1cox Yesterday at 7:39 am

» It's raining Cox engines
by rsv1cox Yesterday at 7:19 am

» Simple Baby Ringmaster build
by MauricioB Yesterday at 12:09 am

Gents,
I came across this one today...it flat dropped my jaw!
Deep ribs, 32" WS, profile fuselage. It is a builder's model for sure. I do have the designer's OK to distribute as long as I give him credit.

Admin, I'd love it if we could keep a copy here in "Instruction Sheets." The PDF is small. The JPG of the PDF isn't 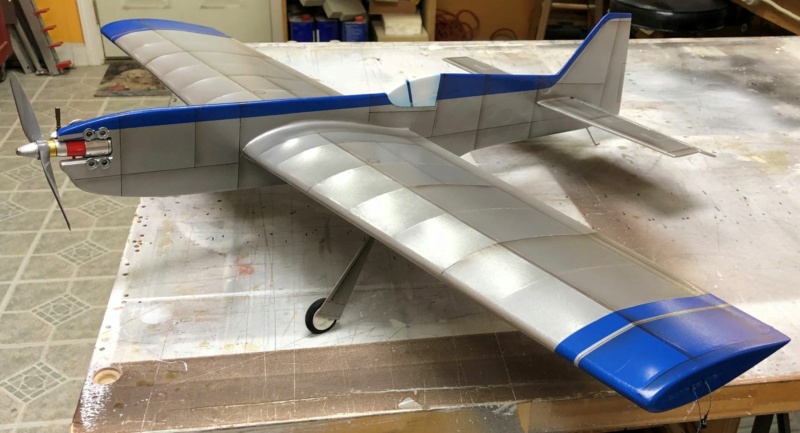 This is a fantastic looking ship.

Not a big fan of the finish, all the lines are distracting, overall though a nice shape. I would like to see the plans.

Ron,
I reduced the original PDF and parked it over on SH...see link above.

I'll try to flip to JPG next for dripping here. Wait a bit. 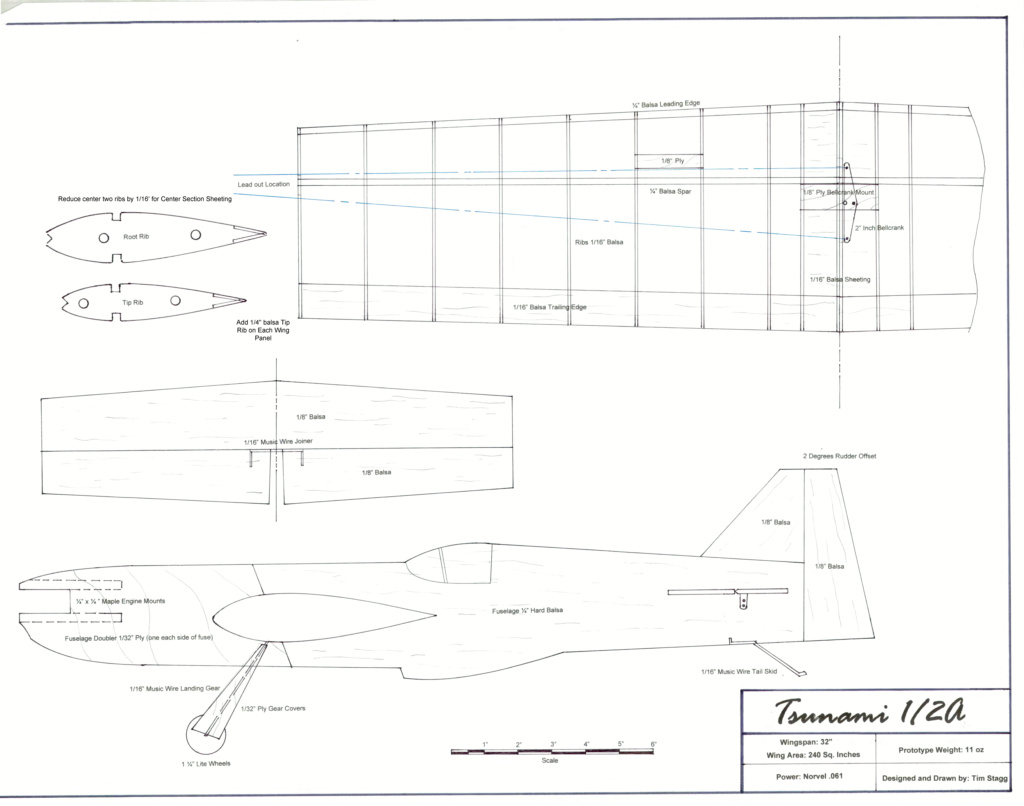 Tim is a great guy. I saw him 2 weeks ago at my local r/c field. Typically I see him at some of the contests. Tim has a larger version of this which is electric. Really a neat plane.

Is that a .51 on the nose ? It is a pretty big plane and should make for fling easy .

The first time I saw it, I thought "Big Mig," and asked what he thought.
Mr Stagg reported he designed and built his with a Norvel .061 Big Mig in the nose. The Norvel AME and Big Mugs 061/049 share the same built pattern as the Cox .049 front rotary valve engines, if I remember correctly.

The bolt pattern for the VA, AME, Stels, and Aero are all the same as a Cox TD. The spacing of the beams aren't. The Russian engines require the beams to opened up in between. If you want to use both, use pennies as a spacer in between your two beams and this will allow enough spacing for both. However, the case length is also different and the Cox is longer. Newer Revlite versions were pretty close to the same length whereas the others are shorter in length.

OhMyGosh, that's a really nice looking plane. I want one too. With the shiny look I wonder if it was covered with Micafilm. That light weight film was popular some years ago.

It does have decent lines. If I were to build it I would round the vert stab and horizontal stab and add curved wingtips.

Kevin's passion is painting as displayed on this Tsunami build. I just don't get it though, that's a ton of work. One bad landing and it's done, and it will happen. The plane wasn't even flying correctly. The water graphic on the tail is a masterpiece in itself. I don't have the time or the patience for that much painting and back masking. I recall talking to Tim about his larger Tsunami, he did a similar paint scheme. I believe he uses polyspan vs silkspan and paintwork is not a chore, I remember him saying that shading and inking was done very quickly.

Hummana,hummana,hummana...I actually thought that was the plan I asked for. Then the fat ribs popped off the plansheet.
I'd love to see Mr. Tim's machine done in Kevin's livery! Both planes are well above my talents.

Where is that slack-jawed emoticon when you need it?

Funny topic now as Kevin is a local flier and in teh same control line club I was with. I have seen a few of his birds up close, and they are all amazing to see. The first I ever saw of both him and his planes was a Sig Chipmunk around 2000.

I was reading the SH article build and it went to a dead end before finishing ?!?! Kevin King i think

That is wild that you know him Chancy