Log in
Search
Latest topics
» Plans to revive the Cox .049 Tee Dee?
by HalfaDave Today at 1:54 am

Personally I like the larger forked connector of the Cox clip laying on top of the glow plug rather than inside the fin.  Gives more tension and a better hold.

So, I had this previously owner modified Cox clip that had the two sections shorted together.  I unwrapped the sticky black electrical tape only to find no insulator between the two forks.  I had some sheet plastic but thought 1/16" balsa better.  Laid a bed of CA gel on one side clamped one section on the clip, then did the other.  Wrapped with yellow tape and checked continunity.  Ok, no short.  Finished it off with small/large sections of heat shrink. 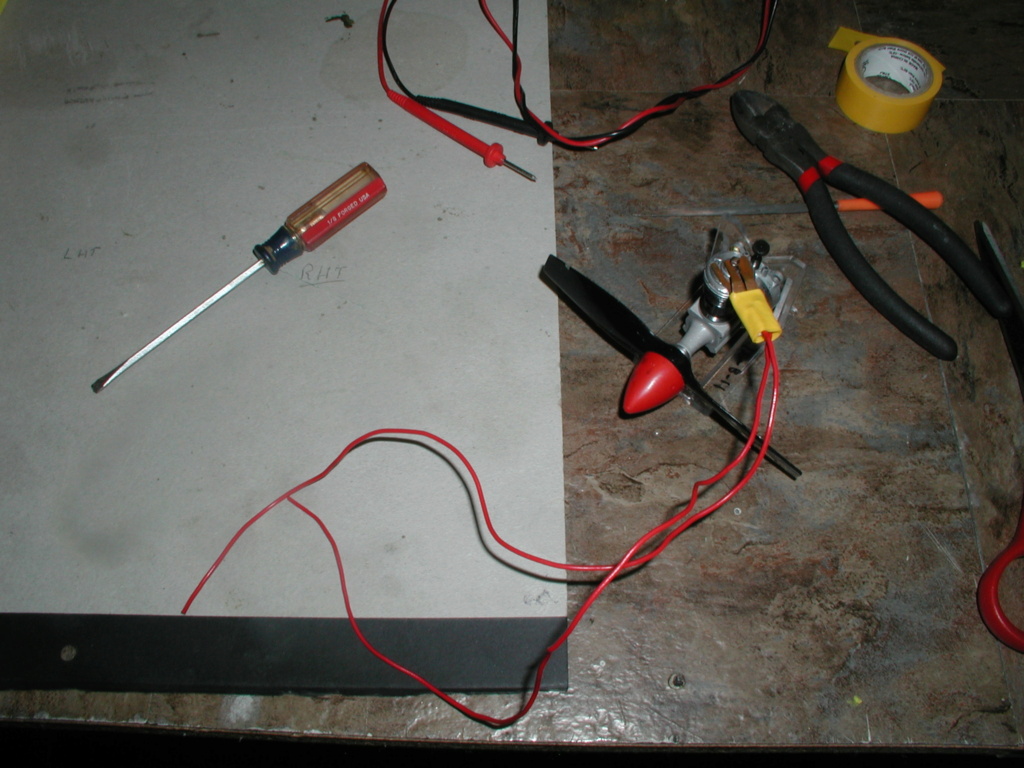 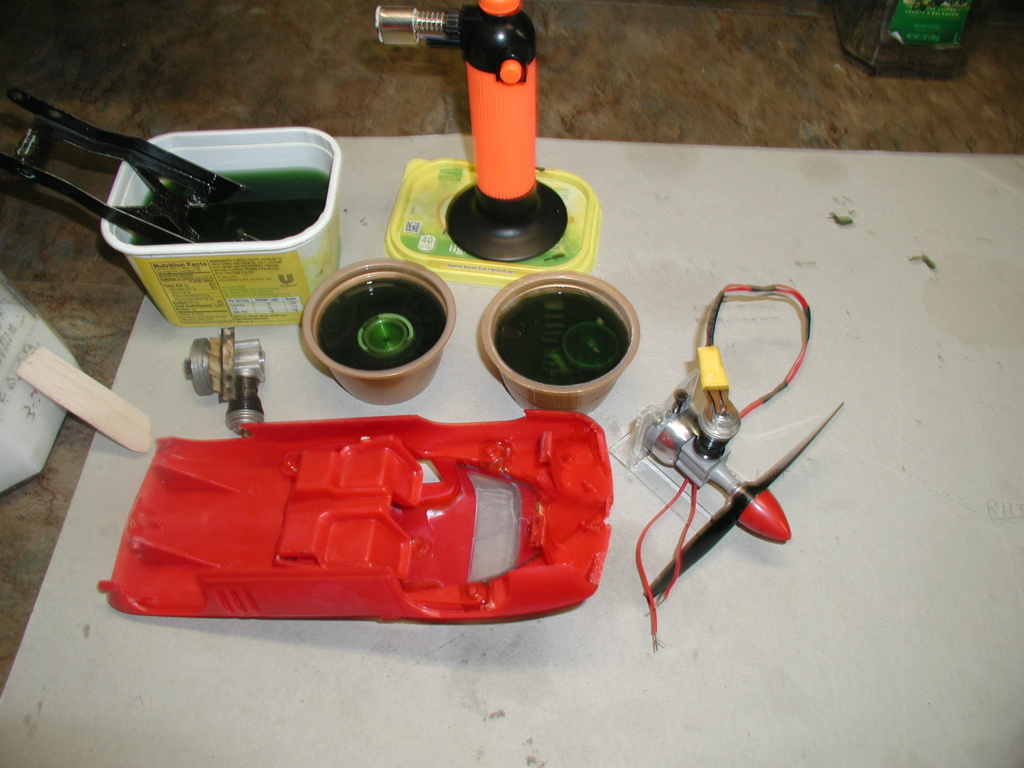 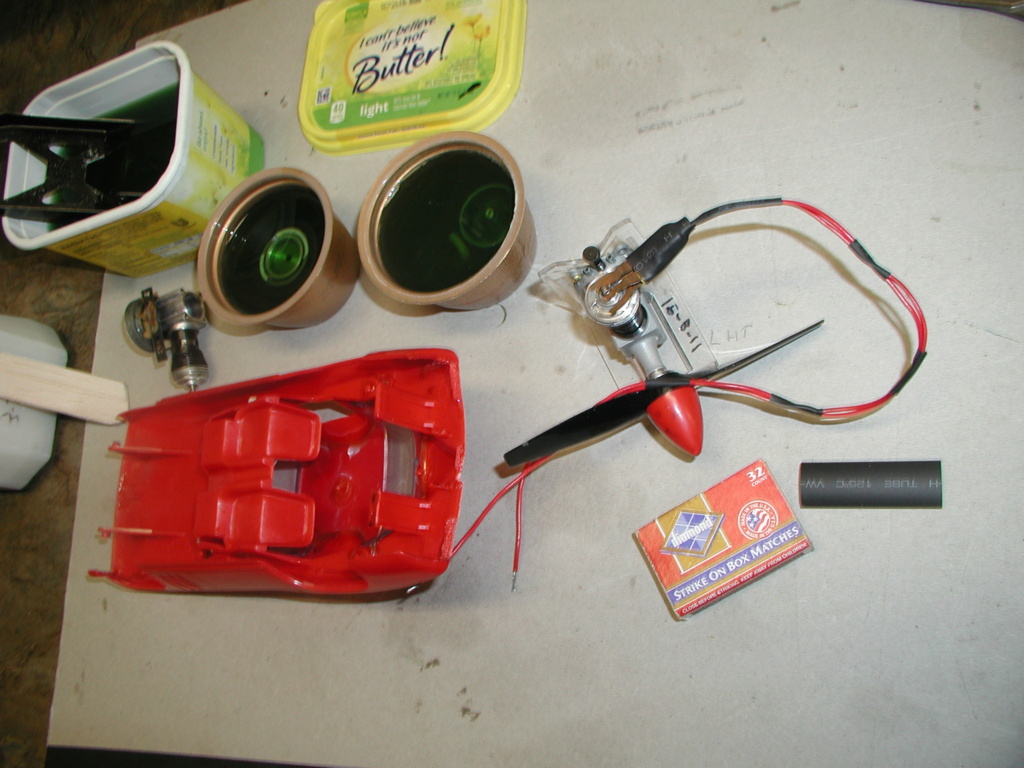 Not that I need another clip.  Eric knew I had a bunch so as a joke he sent me a bunch more.  Add to these those in the loft and the garage and you have a mega bunch. 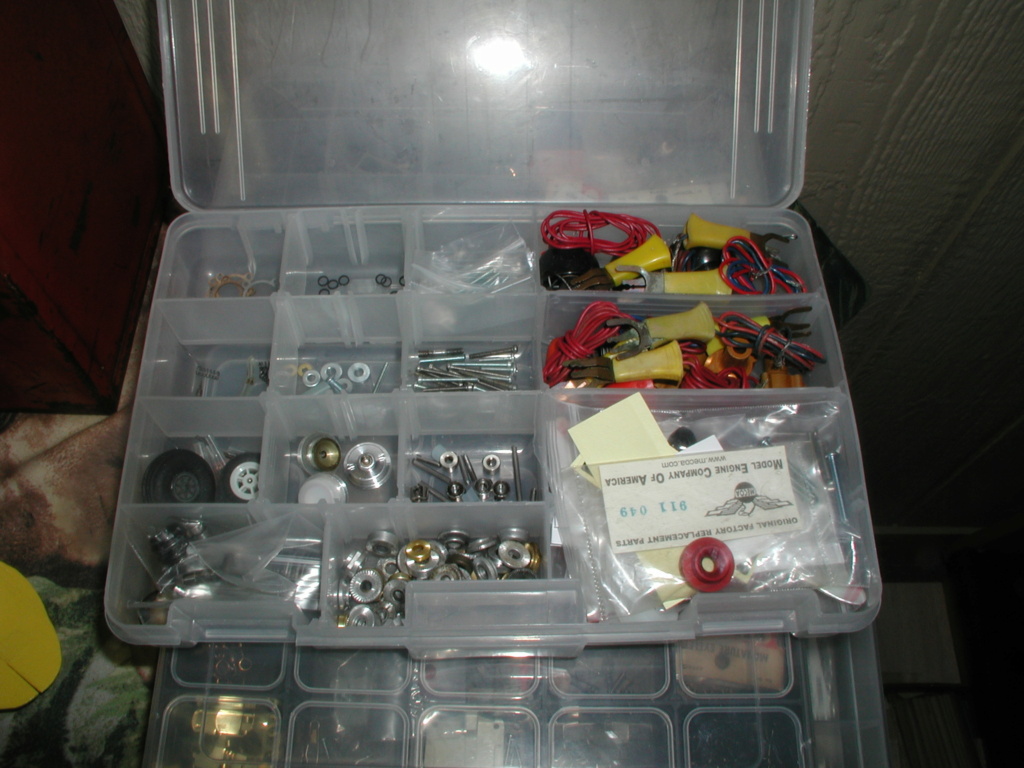 Maybe it is the rudimentary way I as a loner fly my planes in the middle of nowhere, that drove me to abandon the COX clips..Having no table on which I would stand the plane for engine starting, and no helper whatsoever, I often find
engine starting cumbersome with a clip that slips off the head easily and fails in this or that way.

First off, I find the insulation sleeve on the stock COX glow clips rather brittle. Especially after an elongated use and exposure to fuel residues it tends to snap. Then it is only a matter if time when the copper wire is next to fail. 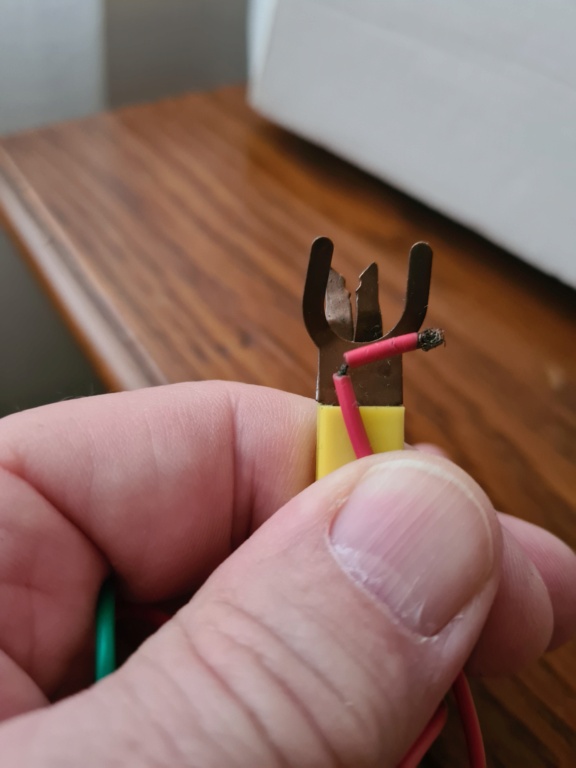 Plus, the opening of the top fork does not match all the central poles on various COX glow heads, some are too thick. So the forcibly attached clip will slip off too easy.

Otherwise I find their use a very authentic tribute to the past and heyday of COX times and I tried to use them as frequently as possible, but they let me down in the field so often that I was coerced into using a more robust clip and more durable cabling, that, on top, also works with head adaptors and conversions, and will not slip off the glow head while I vigorously flip the prop, which is again often the case with COX clips. 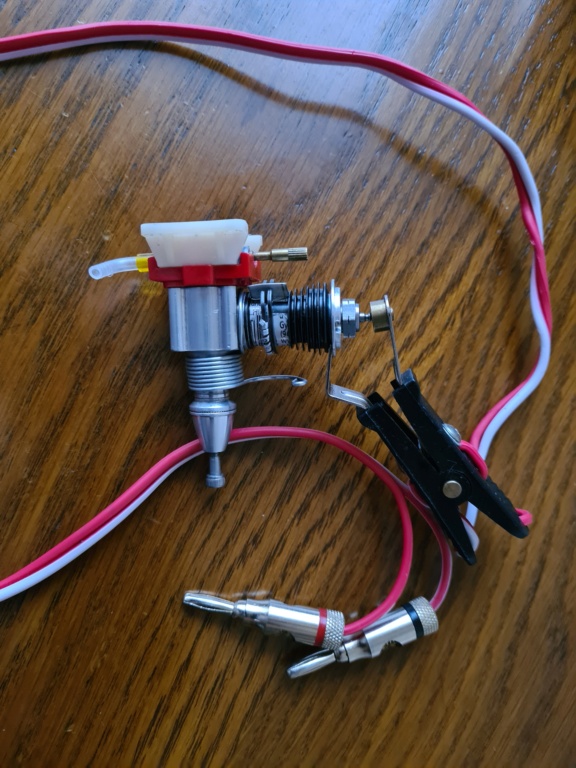 (But I still like the elegant and precise appearance of COX clips that match the overall fashion of the sleek COX engine design.)

For 010-s where the stock COX clip is too big, I use 2 smaller alligator  clips of which I attach one to the tip of glow head, and the other to a naked wire I loop around one of the tank screws, and pull out through one of the filling nipples then pull back through the other nipple into the tank and anchor on another tank screw and washer. The circuit reliably closes through the screw-crankcase-cylinder-glow head body- glow filament path. I always use external tanks on my engines so the wire led through the nipple does not interfere with tank filling. 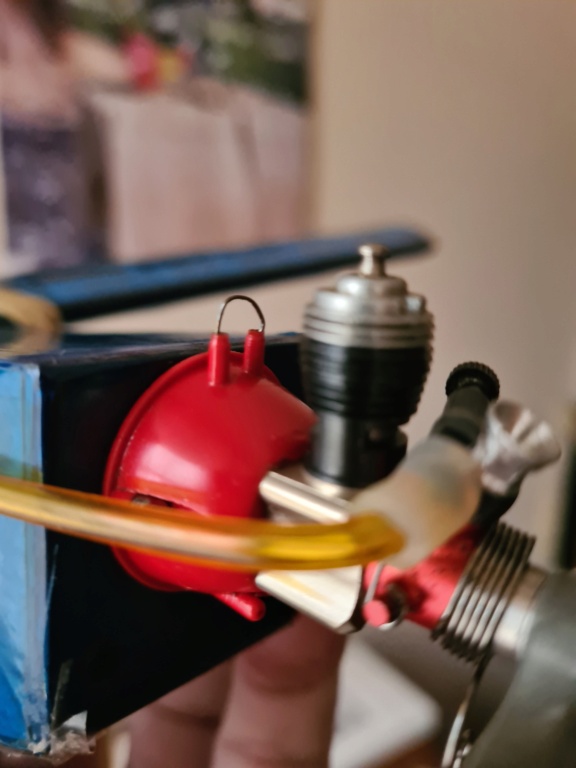 Sorry for this time being overly scrupulous with a COX product...maybe the only one ever..

Well Andras, if that isn't the darndest arrangment I have ever seen to power up a .010.  My first thought...a spark and boom......

but, no fuel in the tank.

Early on I never used the Cox clip.  Don't even know if they were available back then.  I used two alligator clips also.  One attached to the case just behind the propellor.  Can't really see it on this engine, but that area is all scarred up. I think this is my second Cox engine probably bought 1953/54, first one flew away.

I would dig it out but way to lazy this morning. 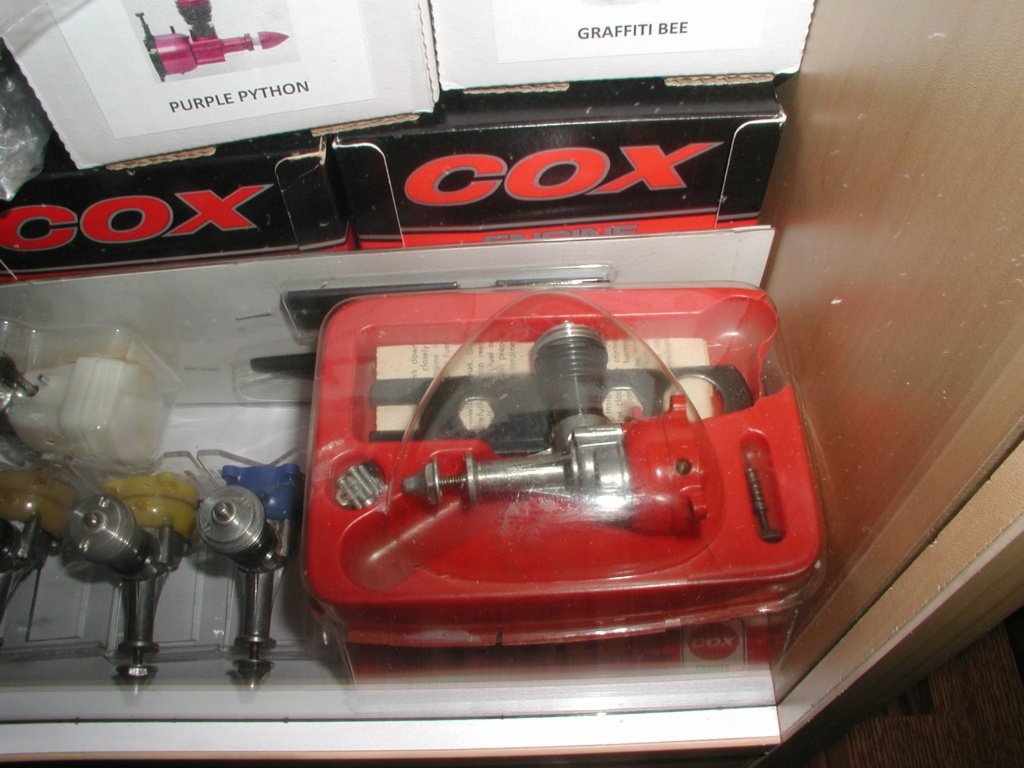 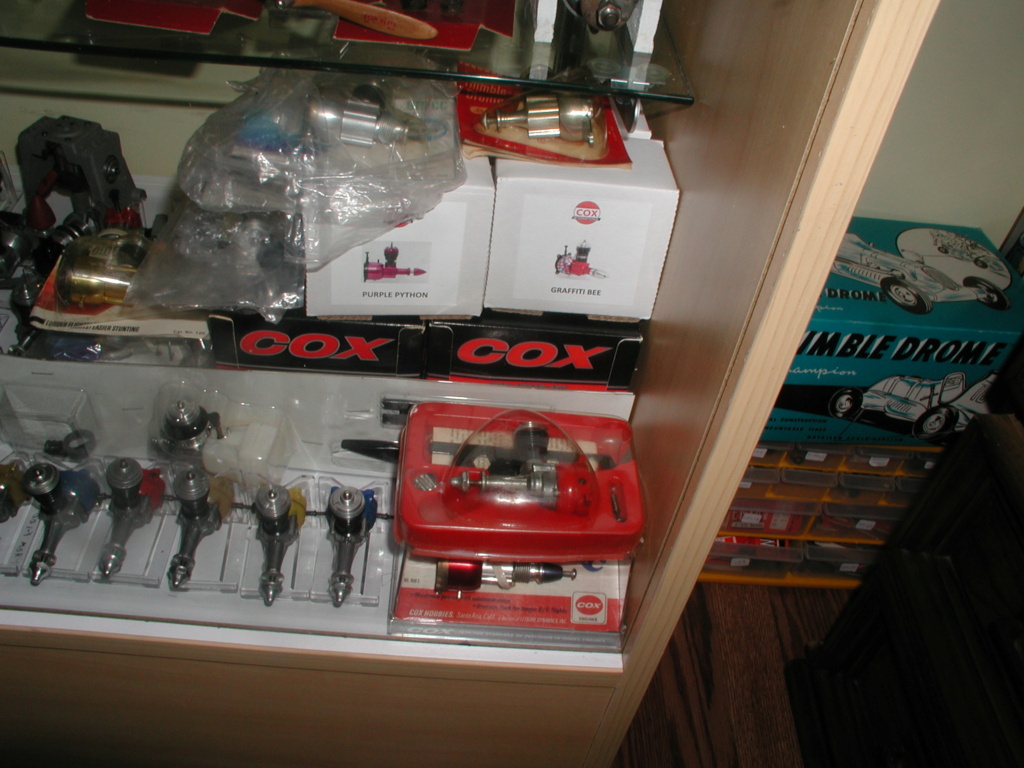 The clip I repaired has red wires indicating that it was supplied with or provided for the Cox .020 engine.

Bob with my surgical arrangement of the wire leadout through the nipples I wanted to avoid scratches on the anodized 010 crankcase that the alligator clip would bite into the aluminum.

Bob with my surgical arrangement of the wire leadout through the nipples I wanted to avoid scratches on the anodized 010 crankcase that the alligator clip would bite into the aluminum.

Yes, I understood that. Your a whole lot smarter than I am/was.

Thanks Bob, mine with that wire leadout is just the pooboy's makeshift solution...

Outside.. ground-fork part on top of the head-body.. and smaller "hot" fork/clip to the center electrode. I've most-times used the Cox clip. I've rewired a few that needed it; generally with heavier AWG. The stock wire isn't heavier than 22 AWG.. and may even be 24 AWG.

Re-wiring that clip with 2C 18 AWG (lampwire) delivers more amperes.. especially if your attempting to start your engine in a cold climate.

Ken Cook gifted me a "Kwik-Klip" years ago. 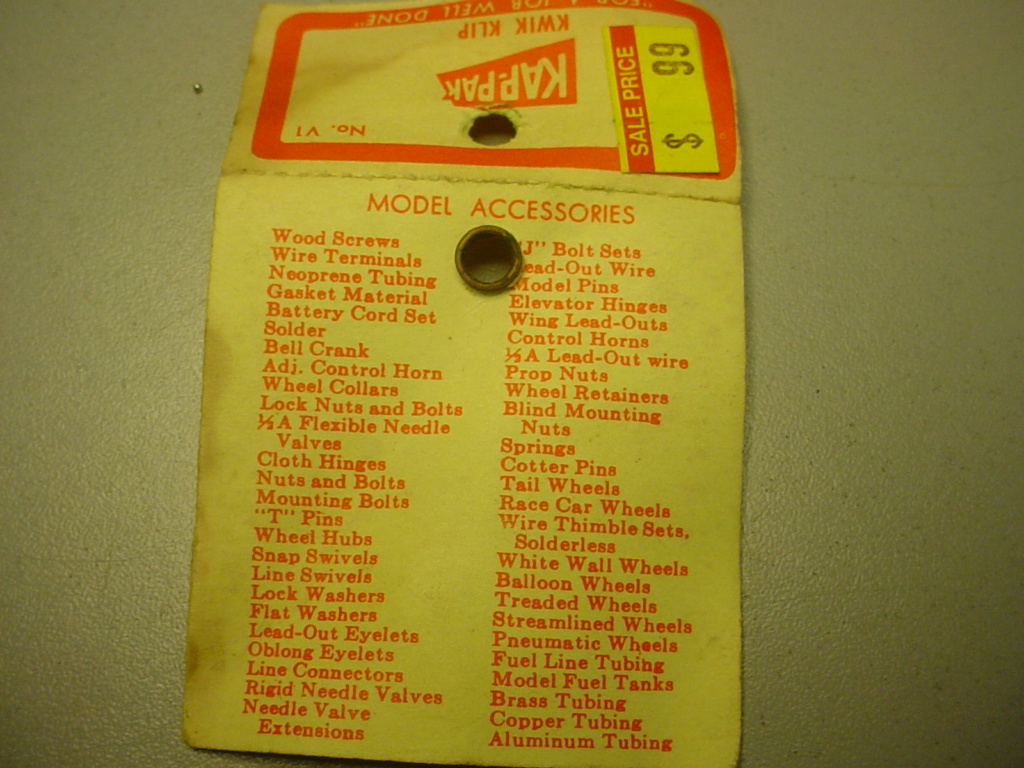 I had some nice high-flex/high-grade 4C 18AWG that I stripped some red and black to wire it with.. 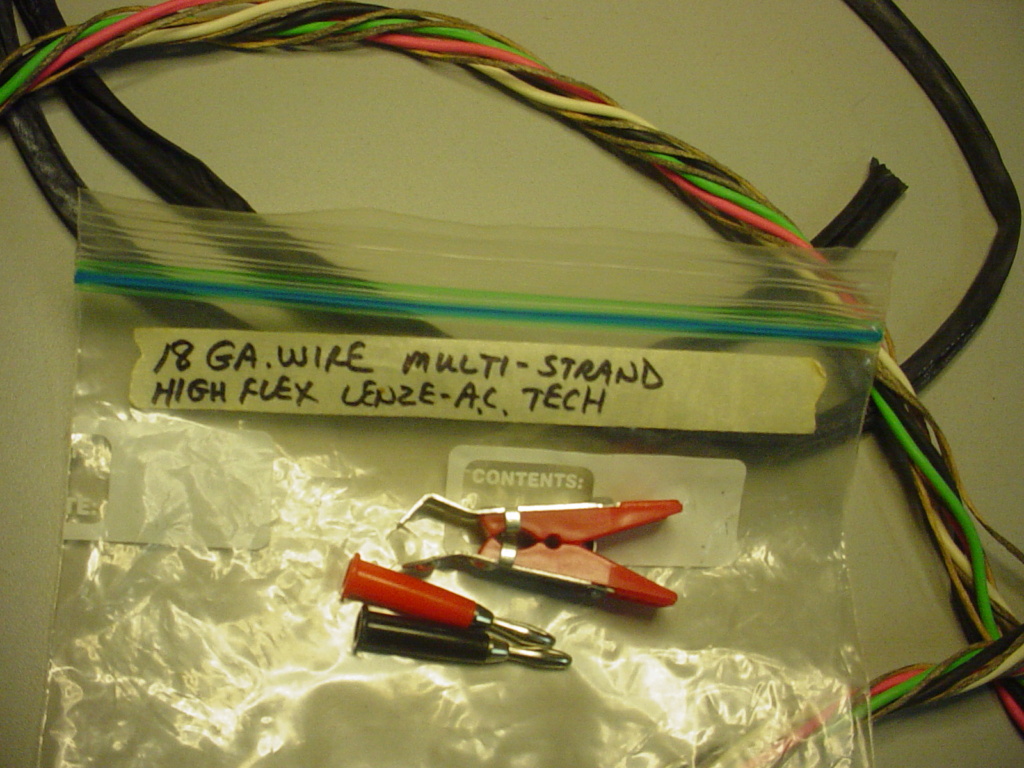 Solder all connections for the least resistance. 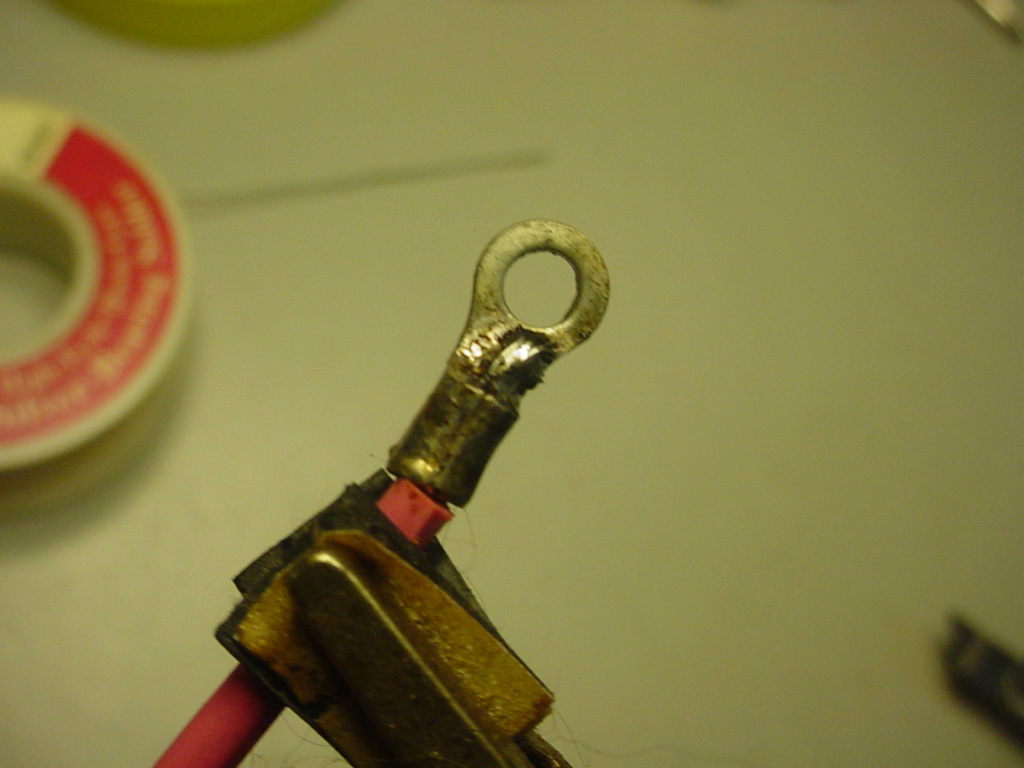 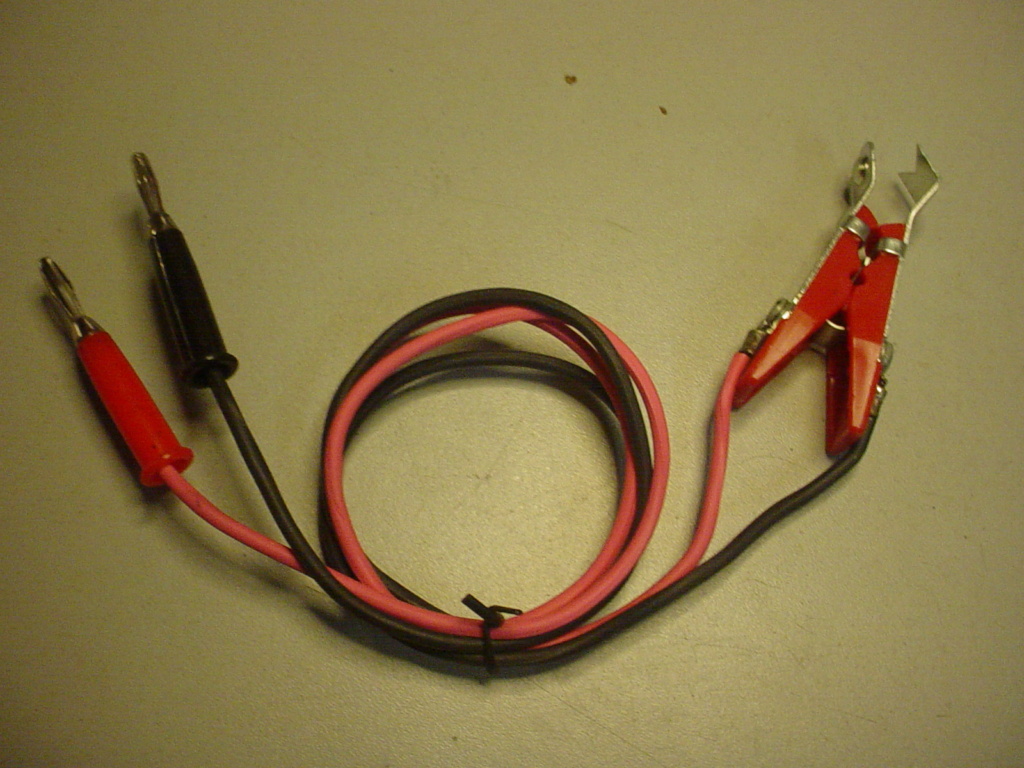 Just need to be aware of where the lower clip makes contact on the cylinder-barrel. Stay clear of exhaust ports where the clip could accidentally enter the port which would cause engine damage.

Well, I am a Cox clip kinda guy. I am because that is all I have. I used to slide the lower contact between the fins until I believe I had either read or seen here that it also fits better resting on top of the fins. I have one or two spares here, and I have rewired one with thicker gauge speaker wire and also inserted a thin plywood shim between the two contacts so they do not short out.

I do however have something here that may be a Quick-Clip, but the plastic is broken. Now I wanna go look to see if I had thrown it out or not. I don't think so as that is just not me..... Now to remember to go look tomorrow afternoon.

Similar topics
» See what is on the inside.....
» Is This an average Medallion
» Seen at the port of Le Havre: inside a car carrier
» My Inside Model Room
» Deburring inside of cylinder