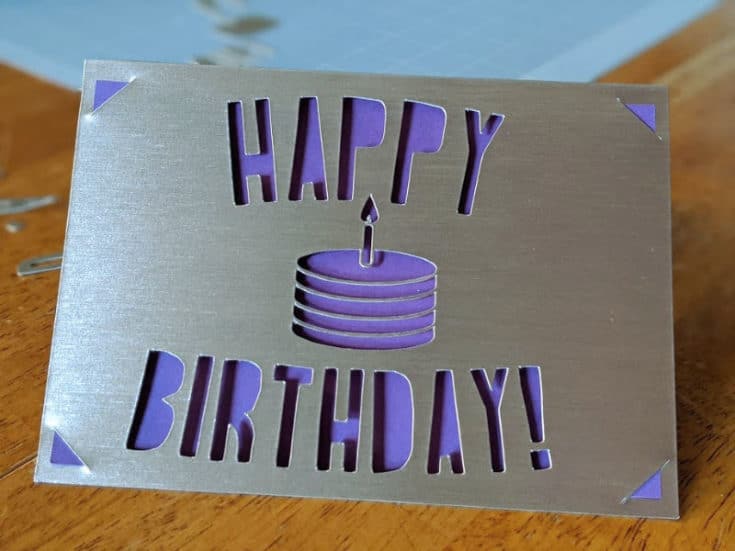 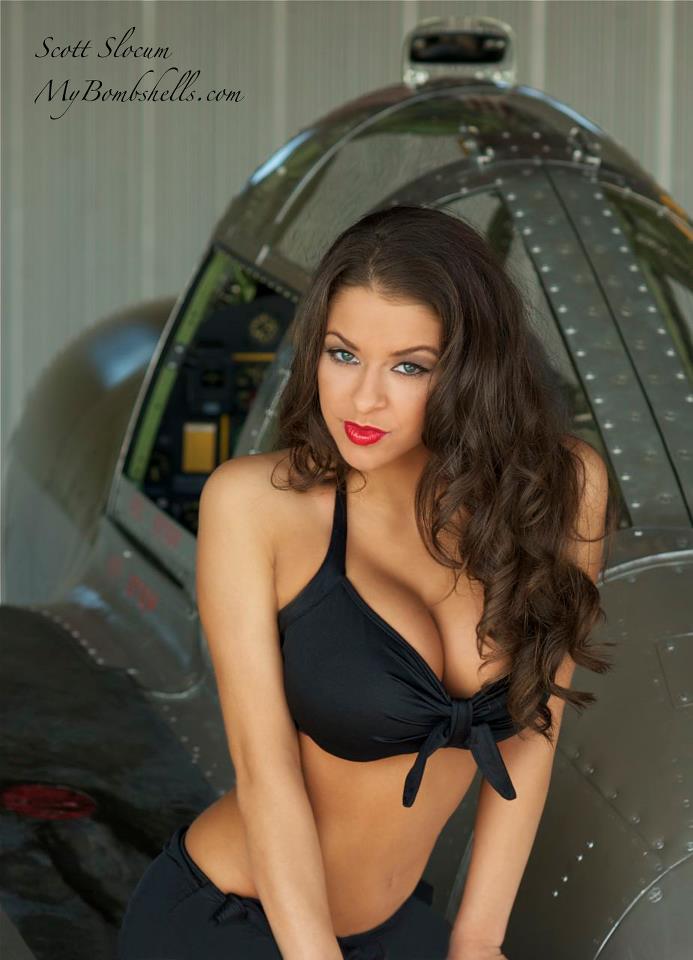 The girl...again with the Girls.
She's so hot, but I don't know why her name is Scott.

So I looked her up...her name isn't Scott.

HAPPY BIRTHDAY!
Hope ya had a great day.

Hope you had a good one! 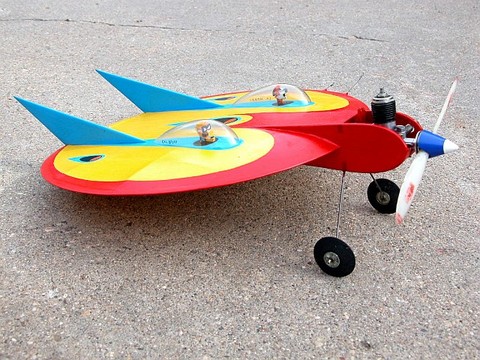 Thanks, Guys.  I appreciate it.  Turned all of 59 this year.

It was a pleasant and disappointing birthday....  The local club had their second annual swap meet.  Only four people came out with tables to sell stuff.  At one table, a guy set up, and he pulled out a NIB Cox Extra 300.  The box was covered in dust and never opened!  I tried to get over to the table to grab it, but a club member stopped me wanting to talk.  I kept trying to excuse myself, but before I could, another guy grabbed up the box.  He asked the seller what he wanted, and the seller said, "35 dollars."  I prayed that the buyer would try to play hardball so I could jump in and offer asking price, but the guy just handed over his money.  DANG!!!!!!!  After money changed hands, I asked what the buyer wanted for it, hoping he'd settle for a quick profit, but he wouldn't sell.  I've been looking for one of those in good shape for years!

Ah, well.  That same seller had an Ace Simple Cub new in box, and also two sets of Ace foam wings, one standard constant chord set and a Dick's Dream set.  I asked what he wanted for all of them.  Apparently $35 is his default price.  I said, "$35?  I'm asking for the Cub kit and both wing sets."  He looked at me, looked at the kit and wing boxes, and said, "$35 for all of it."  Okay, I tried not to take advantage of him. So I peeled off $35 and walked away with them.  I know I drew up the Ace foam wing kits in Inkscape for balsa construction a couple of weeks ago, but I couldn't pass up the surplus foam wing sets.

I also bought a Saito .30 4-stroke engine from another booth.  I've been wanting one for a few years to convert for control line, but they stopped importing them to the States a few years ago and the prices are ridiculous on eBay, RCG, and Stunhanger.  This one was already converted for control line by the master himself, Bob Reeves.  I got it for $100.  I also got a lot of miscellaneous stuff from the Bob Reeves table.  He passed away two weeks ago, and the control line club is selling off Bob's stuff for his widow.  I ended up blowing all my birthday money at his table, plus some...  I'd say I probably accounted for 1/3 of the total take on Bob's stuff.

The Satisfied but Disappointed Mark

edit: Oh! Also, I found a couple of new Hayes 3 oz. tanks in a box of used tanks. Those have been unobtanium for years. Got them for a dollar a piece!

Henry Werner of Virginia Hobby Sports had just built the Hughes  XF-11. This was a large plane and I believe it was using two Saito .40's. I was launching the plane and Bob was tuning things up. I never saw the plane again.

Ken Cook wrote:
Henry Werner of Virginia Hobby Sports had just built the Hughes  XF-11. This was a large plane and I believe it was using two Saito .40's. I was launching the plane and Bob was tuning things up. I never saw the plane again.

Not sure if there were two different planes, but here's Henry with his Saito powered P-38 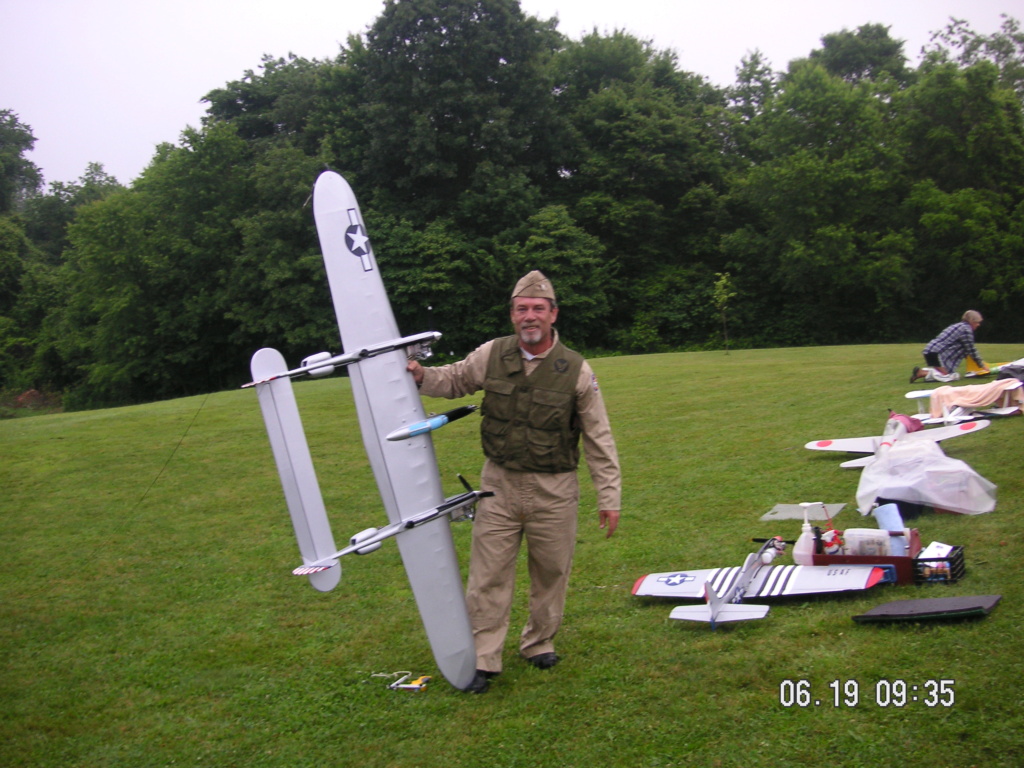 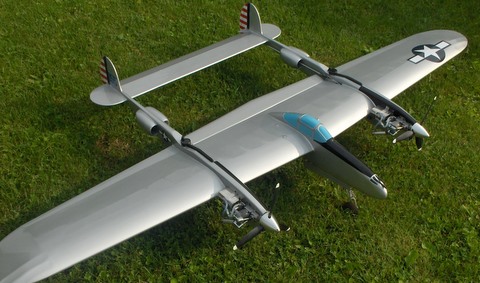 Rod, it just dawned on me with that picture. I was there when that was taken. That's John Brodak's yard up on the hill. They fly scale and carrier on that circle as it's a paved circle. Then I saw the date on the picture confirming it. June 19 is fathers day which is when Brodak's takes place. I wasn't much on scale flying nor am I still but I like the craftmanship and the designs. Most if not all of these planes are placed in John Brodak's garage for the week. John was a huge scale person and just loved the event. The following year 2010 I was injured and couldn't fly at Brodak's but I made it the following year 2011 which is when Henry had the XF-11. I believe he announced his retirement as well.