What tiny Cox engine is this?

What tiny Cox engine is this?

Digging through my stuff and came across my OLD u-control engines (1950's).  I identified all except this one which is smaller than my Thimble Drome .049.
Some parts are missing and would like to make it whole again. 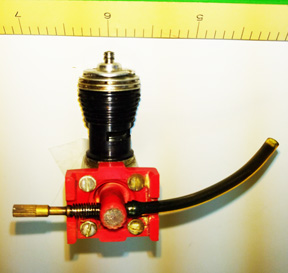 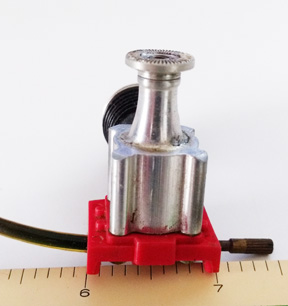 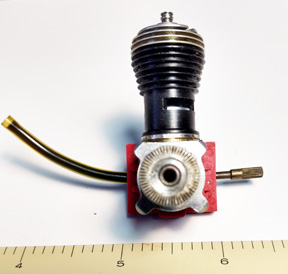 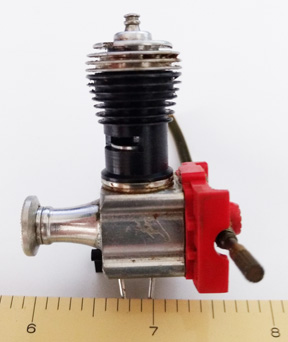 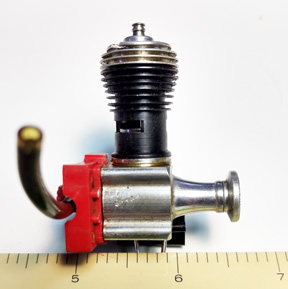 en-academic wrote:* 1962 Series 190 Product Engine (Cat#190) Babe Bee with plastic backplate and brass needle valve. Various shapes were used depending on the model they were fitted to. Some had dual bypass port cylinders while others had single, it depended on the airplane.

It is commonly called a "postage stamp" engine. I have 2 of them salvaged from my RTF's while in high school, a Cox Piper Cub L-4 Grasshopper (WW2 observation plane) and a P-51 turtle deck (earlier version).

Carl Goldberg seeing a way to encourage sale of his half-A C/L kits, sometime not long after the 190 came out, designed and sold a nylon engine mount for it, to help owners salvage the engine when the RTF was destroyed and reuse them in balsa kit aircraft with a separate fuel tank. It had the same bolt pattern as the Cox .049 tank Bee engines, so they adapted readily, cost then $0.59 US each. 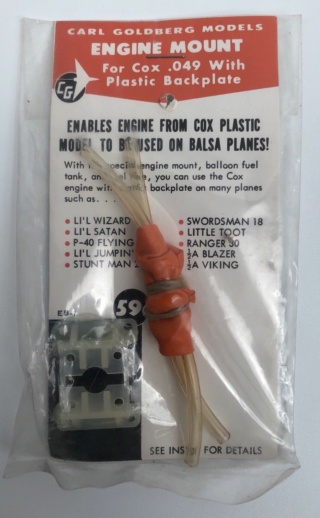 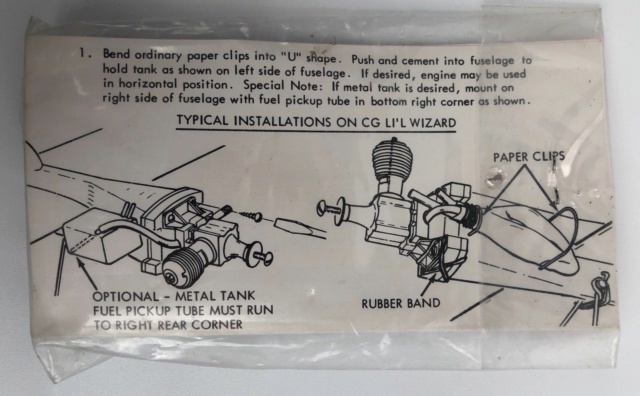 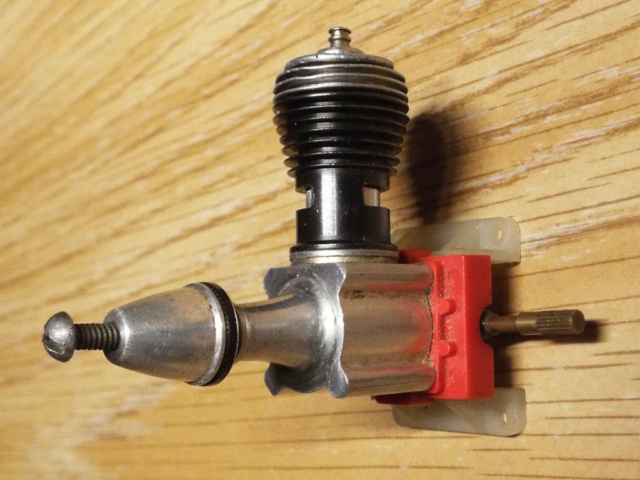 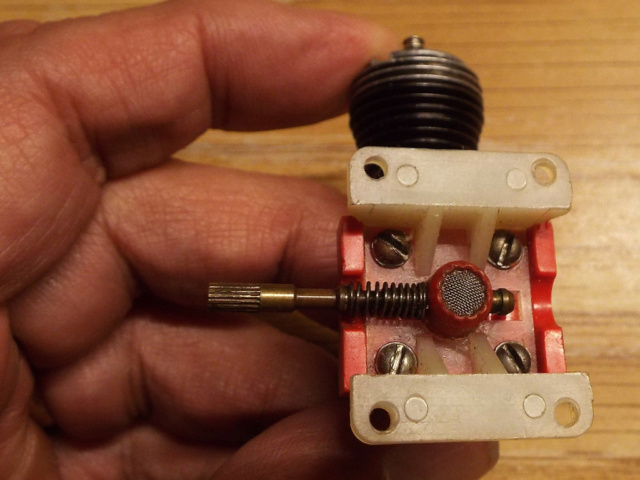 Some have made their own mounts out of pieces of sheet metal, cut fit, drilled and bent also.

There are two versions. One with Babe Bee like power, may be more is single bypass with sub-port induction (SPI, air gap with piston skirt when piston is at top dead center.) The stronger one with power similar to Black Widow was used in heavier / larger RTF plastic planes. It is dual bypass. The red (some were in white) back is made of a special durable nylon called Dupont Delrin. It is tough, doesn't harden with age, and is superior to the latest gray plastic horseshoe backs.

Yours looks like it only needs a prop screw and mount. The Goldberg EB-1 mount does occasionally come up in E-Bay, but although thousands were made, they are not as common. If in NOS packaging, some of the bidding lately has commanded ridiculously high prices for what used to be a $0.59 item.

Perhaps the easiest way to reuse the engine is remove the back, save it. Then buy one of the relatively inexpensive horseshoe back assemblies and install it, use it.

someone here was selling 3d printed versions of those goldberg adapters.

If I knew who? I'd order some right jiggity now.

If I knew who?   I'd order some right jiggity now.

But yes, a member here did make a run of them and Coxinternational did sell them, but are sold out and not on their site any longer.

As others mentioned there is nothing really missing from that engine, besides a washer and screw for the prop.

You mentioned that it appears smaller, but if you compare it to any other .049 engine you have you will notice that the crankcase, cylinder and head are identical in size.

Jason , was selling them at one time , don't know now he's on and off here lately .

thanks team - ordered 2 of em from Matt!

You're welcome, cstatman. The photos of the EB-1 mount I show is one I bought from I think Penn Valley Hobby Center on-line store may be 10 years ago. (Then, their store was closed and was liquidating their stock through E-Bay. I bought a couple kits, props, etc. from them. Since they have gone out of business, I think that the owners since have passed away.) He had the earlier ones in stock (why the $0.59 price tag), so I was very fortunate to latch on to it. (I had another prior one, may have bought in the late 1970's.) I think I paid a total of $10 plus shipping then. It is fortunate that Matt of Ex Model Engines was able to get a stash of them. For others who want, I wouldn't waste any time, because even at his price, given our inflation, it is still a bargain.

And, AFAIK, the dual bypass ported 190's power is similar to the Black Widow. They were used for a 1/2-A proto speed classification in the late 1960's, I believe. (Mine are only single bypass.)

I had one of my 190's with the EB-1 on my CG 16" Little Toot bipe initially, but removed it and the tank to install a Testor's Red Head .049 Rotomatic with tank on it. Now, I wished I left it alone, because it was balanced just right with the lighter 190 engine and Perfect wedge tank. Plus, the late Carl Goldberg if he was still living would have probably been pleased to see one of his kit aircraft graced with the 190 and EB-1 in use.

The double ported red postage stamp backplate reedie, called the 290, is an all time 049 rpm record holder among my reedies. It swings the 4.5x3.5 APC prop unloaded above 28k when pulling my Quickie100 RC plane. ( I audiotached it in my video with the RPM GAUGE  Android app., https://www.coxengineforum.com/t13833-quickie-100-rc-flight-video?highlight=Quickie+100)

The first COX engine I ever laid my eyes on in 1974 or so, it immediately addicted me with COX engines ...I have some 8 of them, only one with single bypass, all others with double bypass. The thin wall cylinders have taper bore. (Like yours in the photo above]

Truly a beauty in both design and performance..

I’ve enjoyed watching that Q-100 pistol fly a few times now…. What servos are you using in it if you don’t mind to share?…. Thanks…

Thank you. The elevator and throttle servos are HD-1370A. 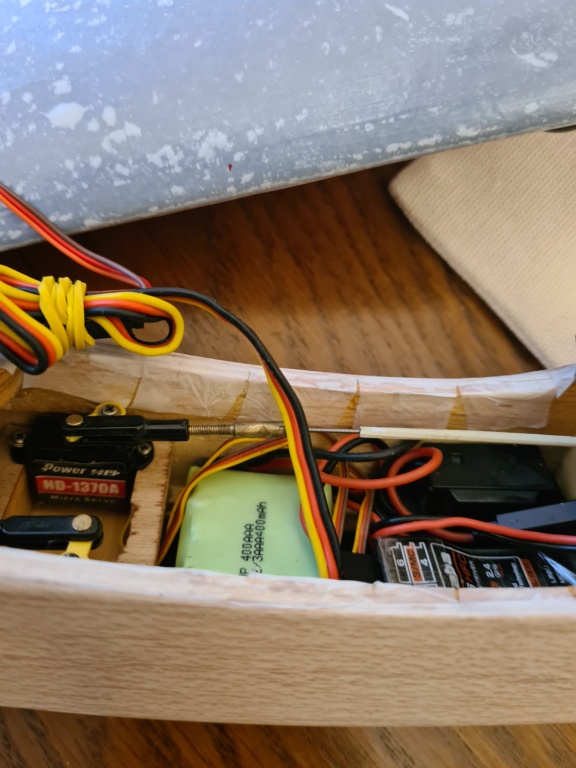 The aileron servo is a Graupner DES261BB.. 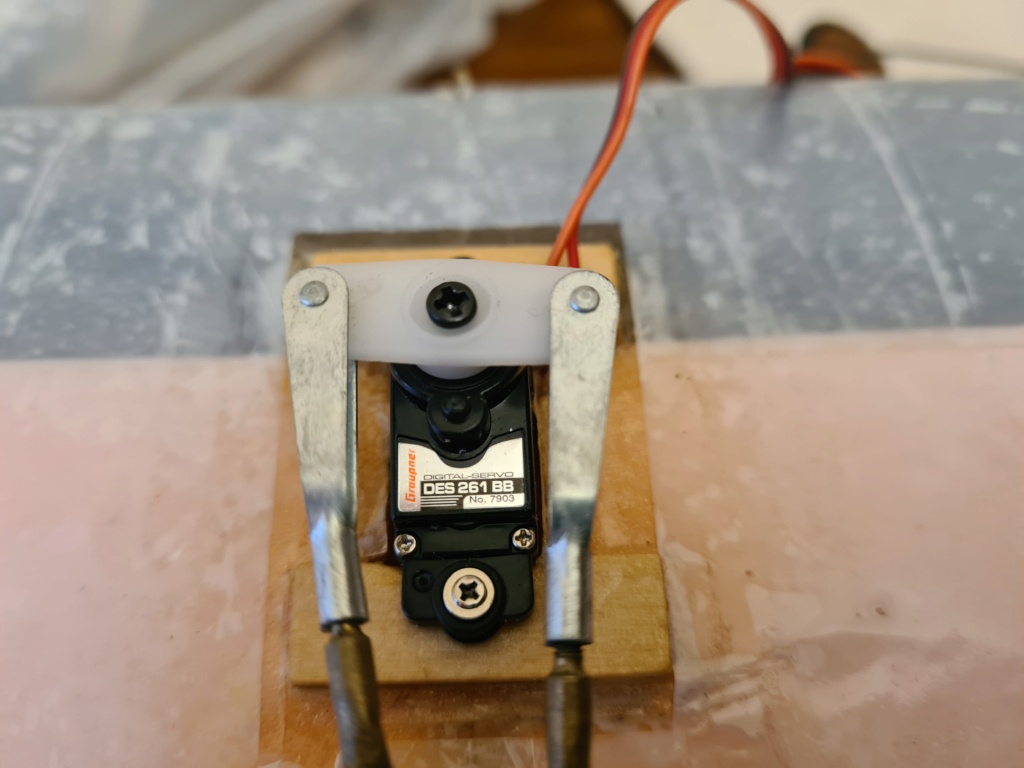 I do not have the specifications but you can Google them..

Thank you sir, I’ll use that as a reference if I ever build something a little more speedy…