What do I have?

What do I have?

Hello everyone, this forum was recommended by another group on Facebook.

I picked these two engines up recently and at first glance thought they were QRC motors but now I am wondering if that is correct. I also noticed that they were slightly different but cannot figure out why.

I would appreciate if someone can help me positively ID these motors and explain the differences I'm seeing in the glow head, reed valve, and drive plates. 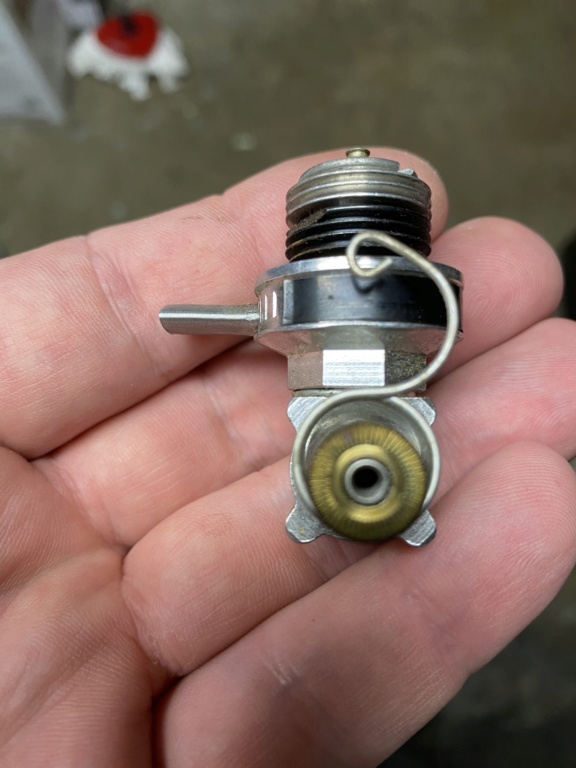 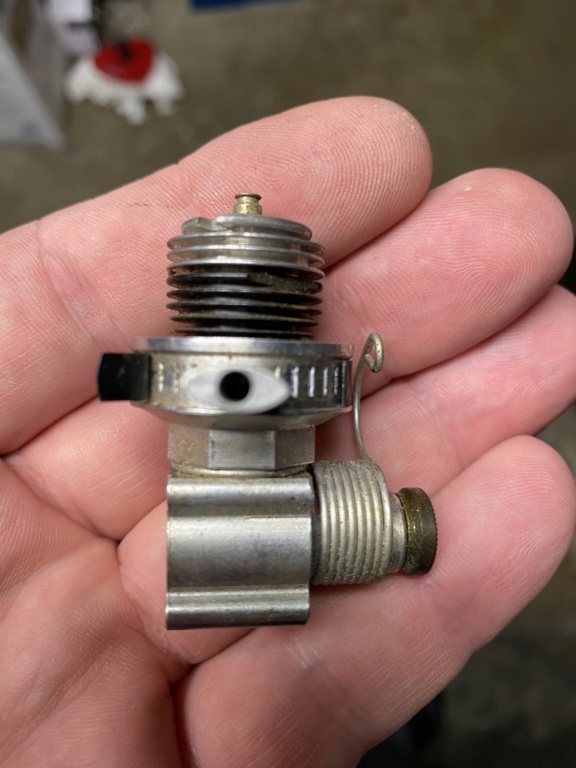 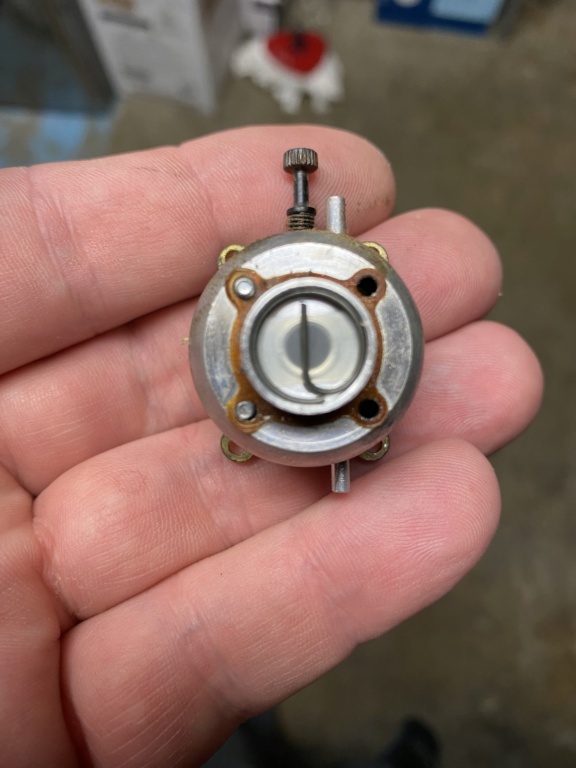 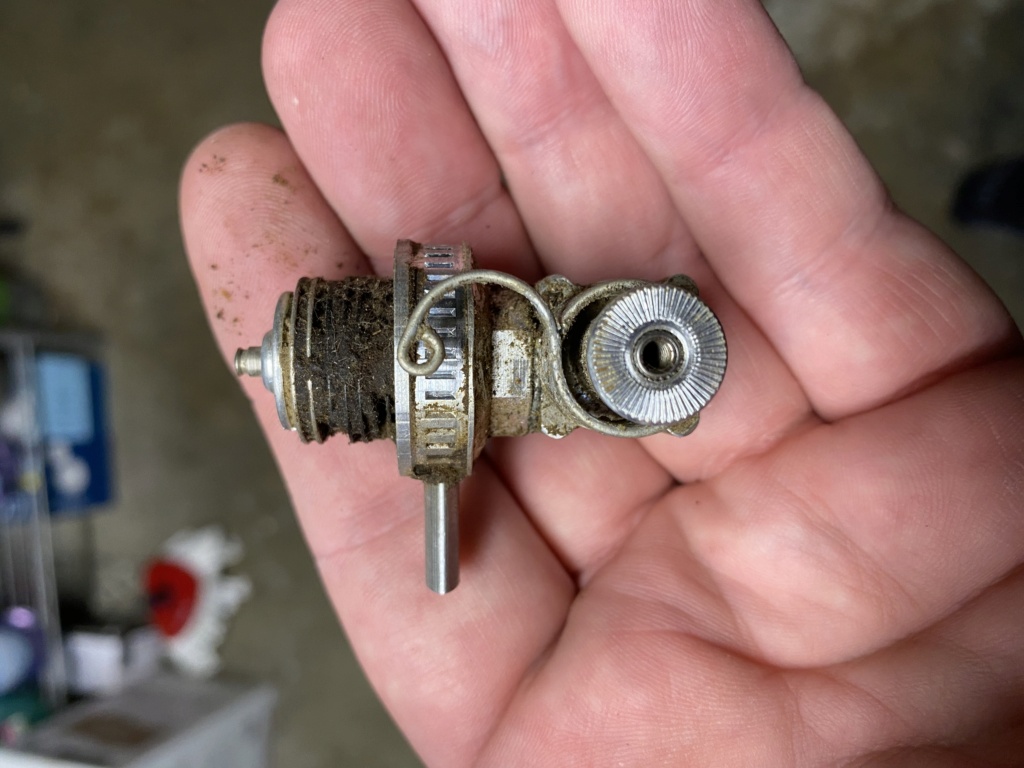 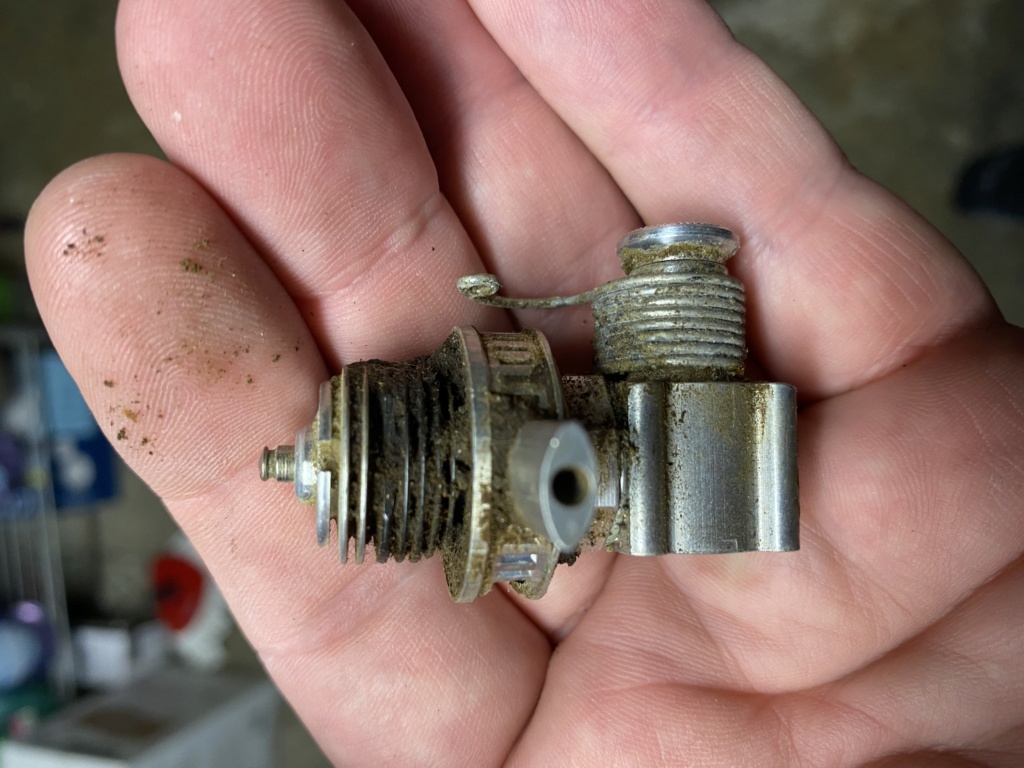 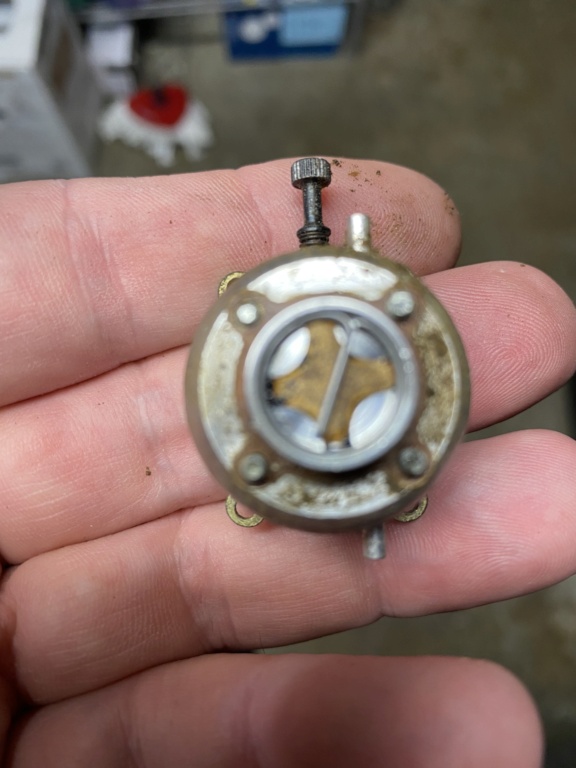 I think Levent has it right, the differences in the reed valves is the first one has a newer style reed, the second has the older style star shaped copper colored reed, the glow head on the first engine is a standard glow head whereas the second engine has a high compression head, which I believe may have been original for the QRC engines. I'm sure some one here will chime in, that knows much more about these than I.

It's very difficult to determine what engines you have. The muffler was also made available and could've been installed at any time. The QZ engine is essentially a Babe Bee with same tank and venting. It came with the muffler and it more than likely due to it's introduction in the 60's offered the copper beryllium reed. Your engines though are not 60's vintage engines. The appearance of the crankcase style looks more to me of the late 70's - 80's. The metal backplates were used up to about 1987 when Cox started switching over to the plastic backplates.  The cylinder of the early Cox QZ was a number 6 with dual bypass and no sub induction. I don't believe the first versions offered this, they had sub induction and you placed a shim under the cylinder to raise to block off sub induction. In order to regain the rpm's back to the now strangled Bee, dual porting and a high compression head was needed.

To my knowledge, the QZ wasn't made available with the stunt tank, the QRC offered the stunt piping. Seeing your pic with the brass driveplate is somewhat odd as well. Typically, the brass drive plates are used on pusher configurations to prevent wear to the driveplate. The starter spring on your engine is also setup for tractor configuration and not pusher. This could also be Cox using whatever they had on hand.

As for your reed valves, I don't particular care for the copper star, they work, they get damaged just looking at them, they also are prone to becoming glued due to the green funk from castor and fuel. The Mylar however seems to offer more rpm's in my experience, but they're very short lived as they deform and get sucked into the venturi hole. I find them to seal better and they can also chirp when the engine is flipped over which tells me it's working.

Photo of tank can't tell whether 8cc like the Golden Bee or 5cc like the Babe Bee. Wonder if it might be a product engine off an R/C ready to fly. Anodized red tank was usually reserved for the separately packaged engine for the consumer market.

Regarding copper reeds, yes, they are easily damaged if mishandled. For me, they performed fine because I didn't have a need for speed and used moderate amounts of nitro, so didn't have problems with the reed possibly floating. Up until the early 1980's, one could still buy parts at Sears, so replacement reeds weren't a problem. After a flying season, I'd disassemble, devarnish cylinder and clean the engine, so it didn't get coated with the green corrosion spooge.

Thank you all for the replies, I will try to address them individually tomorrow when I get off work. One thing, one came attached to the firewall and cowl of the sportavia and the other to a broken firewall so I assume they came out of RTFs.

Thank you all for the replies, I will try to address them individually tomorrow when I get off work. One thing, one came attached to the firewall and cowl of the sportavia and the other to a broken firewall so I assume they came out of RTFs.

Yes then, @BananaHands, it sounds like you have the product engine because the Cox Sportavia was an RTF. I've seen photos of Cox RTF CL biplane with plain aluminum tank .020 Pee Wee instead of the separately sold anodized red tank one.

I happen to have a horseshoe back engine from a Sportavia, so I gather possibly that various changes to reduce costs such as moving to a separate plastic tank was a part of that.

I can't say specifically though, because I have never collected Sportavias. Engine I received was a donor from a friend.

if 5cc tank could be Mercedes car

All of my engines that came with the red starter cam, were equipped with the small brass drive plate, my very first Babe Bee is one of them. Bought new in 1982 or 1983.

(Disclaimer: All these engines were originally bought new in Finland. There is a story going on that an importer bought a huge lot of Cox engines, parts and models at one time and sold them off over the next 5-10 years, so the red cam + small brass driveplate may be a short-lived or otherwise an interim design, but very common around here)

Brass drive plate gave better wear resistance against aluminum crankcase when engine was used in pusher configuration. Toward the end a couple futuristic C/L RTF's (Backdraft, etc.) were produced by Estes, not certain but suspect may be these were the targeted products.

I wonder if your importer may have been buying parts in lots toward the end of Estes, then assembling. By importing parts then make engines might be a way to lower import taxes. But this is pure speculation on my part.

There is some history there that would be good to know.

I have one that is like those that were asked about…. 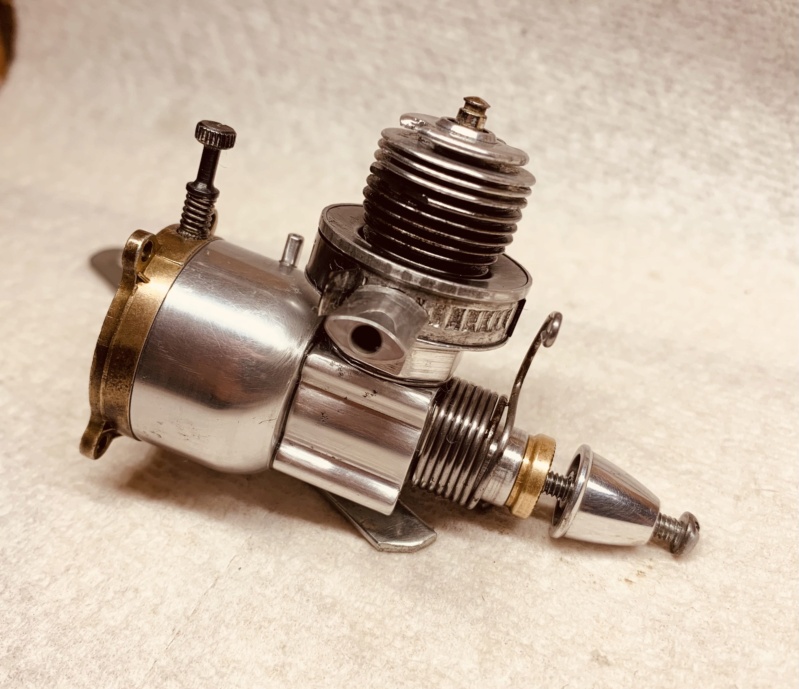 I got it from the Bay….I believe it is a QRC product engine that was once in a rtf …. It has no SPI…..Doesn’t have the hi compression head, But that could have been changed by previous owners….. It’s a good running engine……. Screenshot I saved …., I think photo credit is due to rsv1cox…. 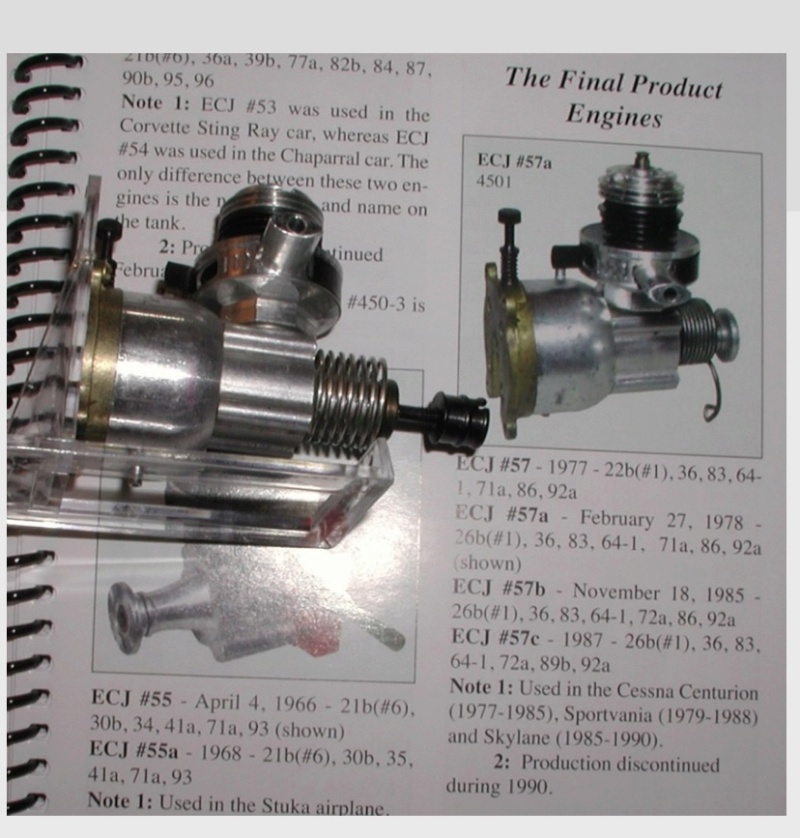 Advertisement for their QRC that was sold as engine only… Had the anodized parts to jazz it up…. 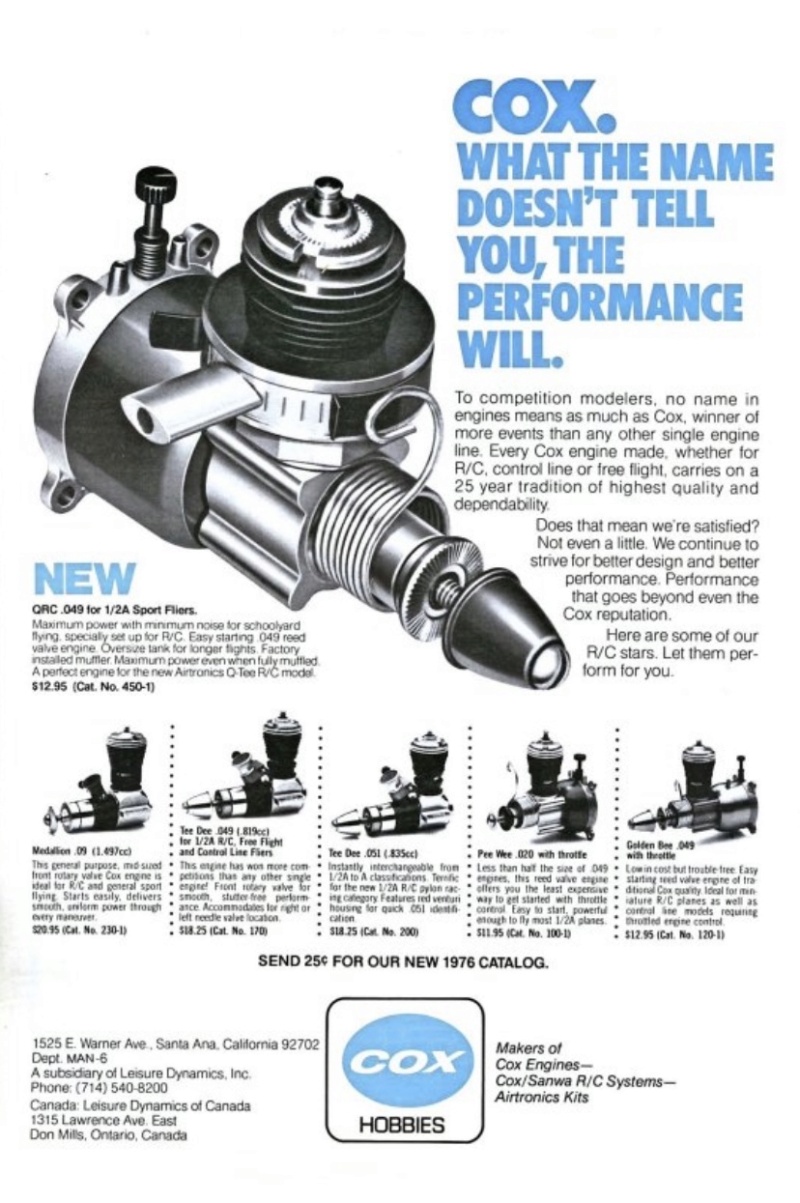 I think you are closer to the truth, Robert. Like in all things, there are probably deviations caused by in-stream changes with parts during production, substitutions, etc. as long as the outcome was the same.

I remember on my U.S. Gov fleet vehicle auction purchase of a low mileage 1990 Dodge D-150 pickup truck 25 years ago. It had the front radiator grill of the 1989 model, front brakes were from the 1989, but its VIN and label plate said it was a 1990 model. To keep production costs down on a government contract, I guess that Chrysler used up left over parts from the prior year model.

Fox Engine manufacturing was from what I am told by others, was always making changes in-stream.

I guess it is as the Spaniards say, "no importa." (Doesn't matter.)

George, as far as I know, the engines were imported to Finland already assembled. The shipment supposedly contained mostly engines and other ”products”, but not a lot of spare parts like screws, glowheads and such. I remember my local hobby shop having a few different engines, but spare glowheads had to be ordered... Internet has made things easier since

It looks like the ”product variant” of the QRC is indeed aluminium colour instead the more colourful separately sold versions.

BTW, here’s a picture of my first engine

The box is not original, but it came in a similar box. The glowhead has also been replaced. 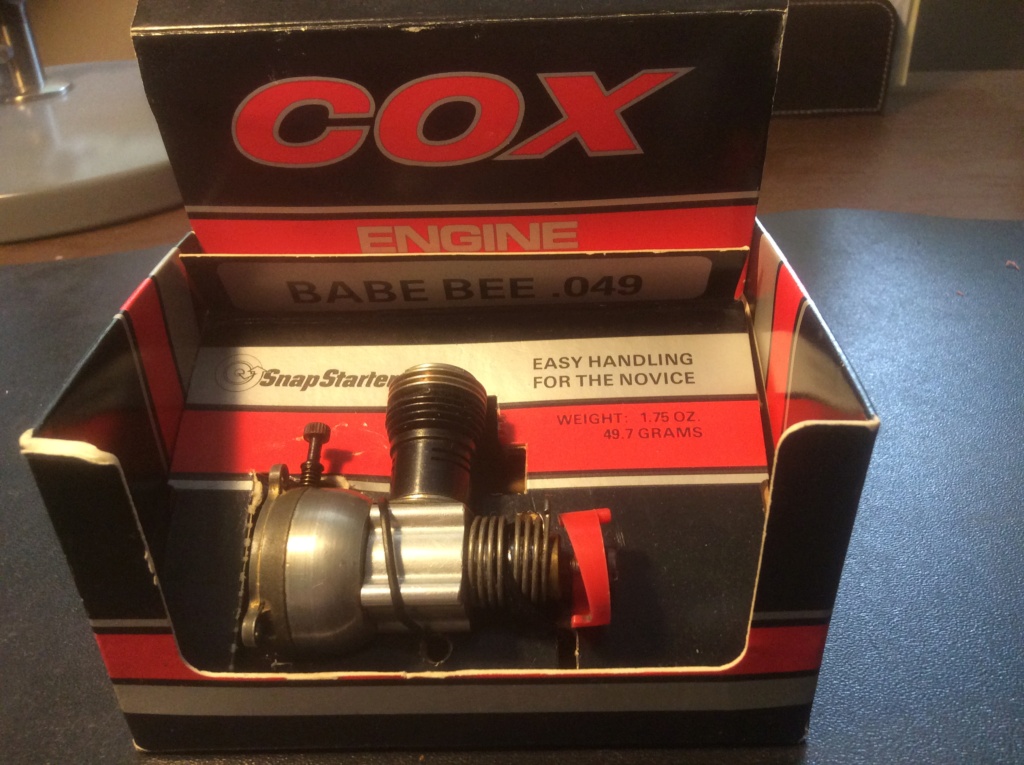 Thanks for the clarification, @KariFS. The red plastic cam'd starter plate is the same one on my 1976 R/C Bee. (I bought it shortly after that year.) Did you buy while Cox manufacturing was still in California, or during the troubled Estes Model Rocket new owners era (1996-2008)? One intimate with the Cox company because he worked for them is @Larry Renger, but his one and only post was Sep 22, 2011. He occasionally posts on Stunt Hangar, though.

The cam'd starter was said to remove a couple hundred RPM off the top end. I don't really know,because it wasn't until recent that I purchased a tach. I did find it convenient though for sport use and stopped engine from running backwards. The R/C Bee seemed to have a touch more power than a Babe Bee. Probably now I'd replace it with a snap starter.